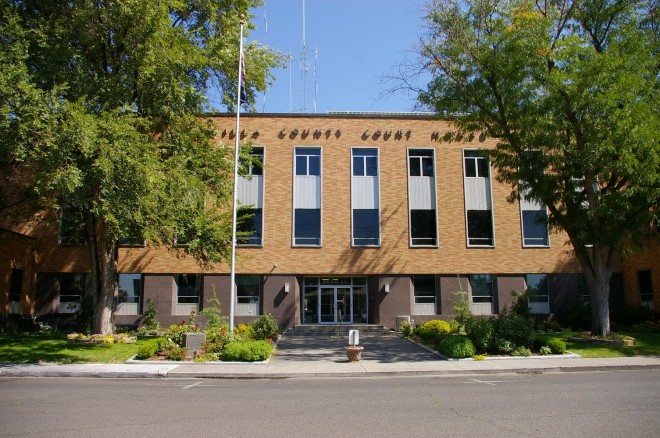 Umatilla County is named for Umatilla City on the Umatilla River, and Umatilla is the name of a Sahapin speaking Native American group who resided in the area.

Description:  The building  faces west and is a three story style red-orange colored brick and stone structure. The first story has red stone facing with a central recessed entrance. The windows on the second and third stories are vertical with a light colored panel between the upper and lower windows. There are north and south one story wings which extend from the main building. The roof line is flat. At the northwest corner is the clock tower with the clock from the old 1889 courthouse.

Note: When the 1889 Umatilla County Courthouse was torn down in 1954 to make way for the present building, the 4-faced clock was salvaged by a crane from its fancy French tower. The County donated the clock to the City of Pendleton, if they would install the old timepiece in a tower to be built atop City Hall. For whatever reasons, no doubt financial in nature, the City never made the necessary modifications to City Hall to accommodate the clock. So it sat in a warehouse at the City Shops, for nearly thirty years. 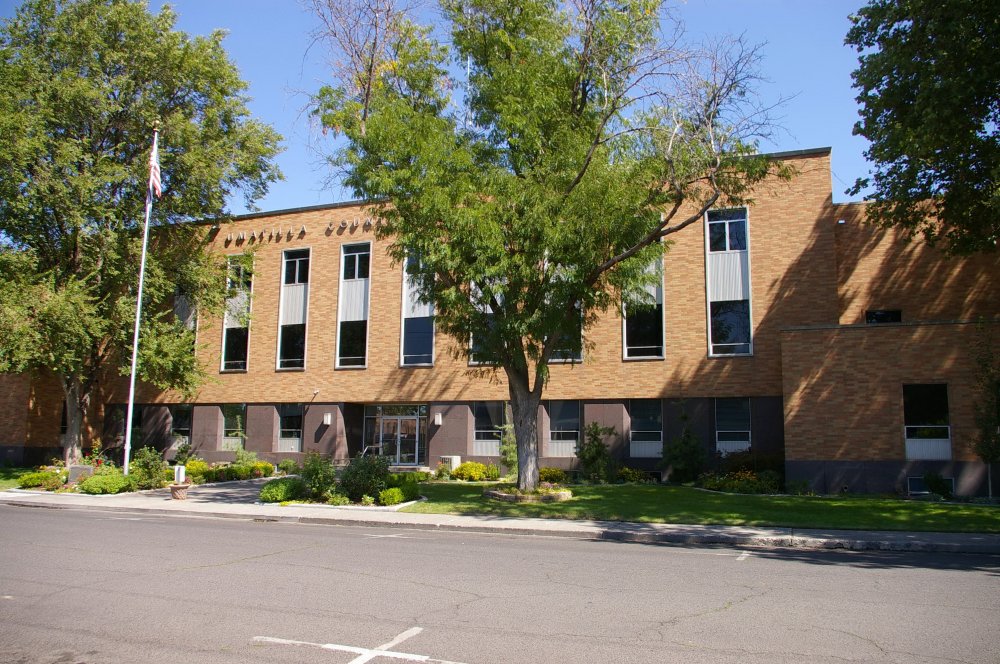 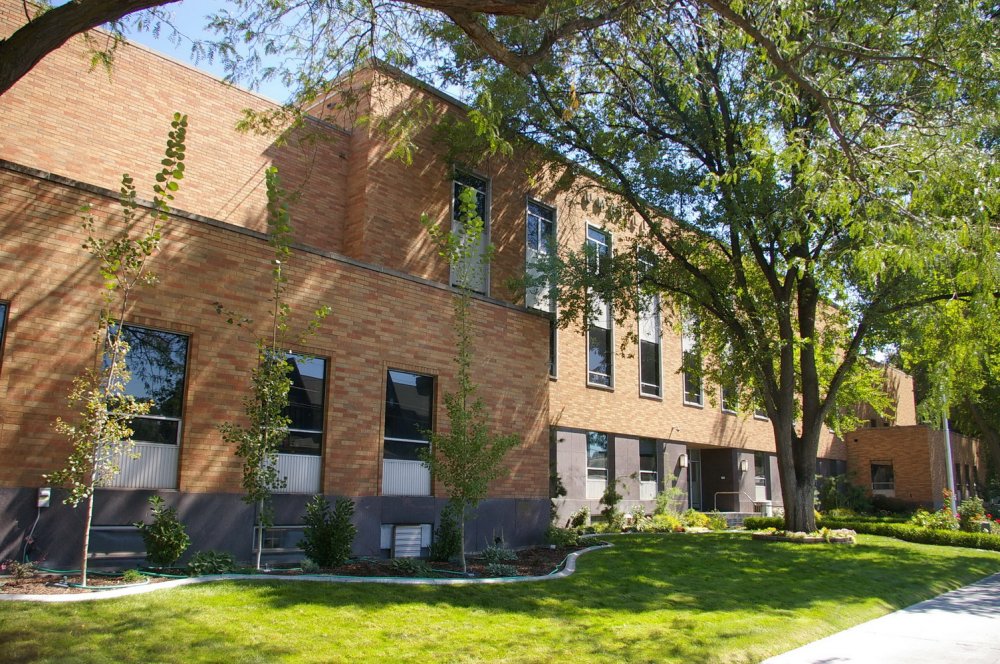 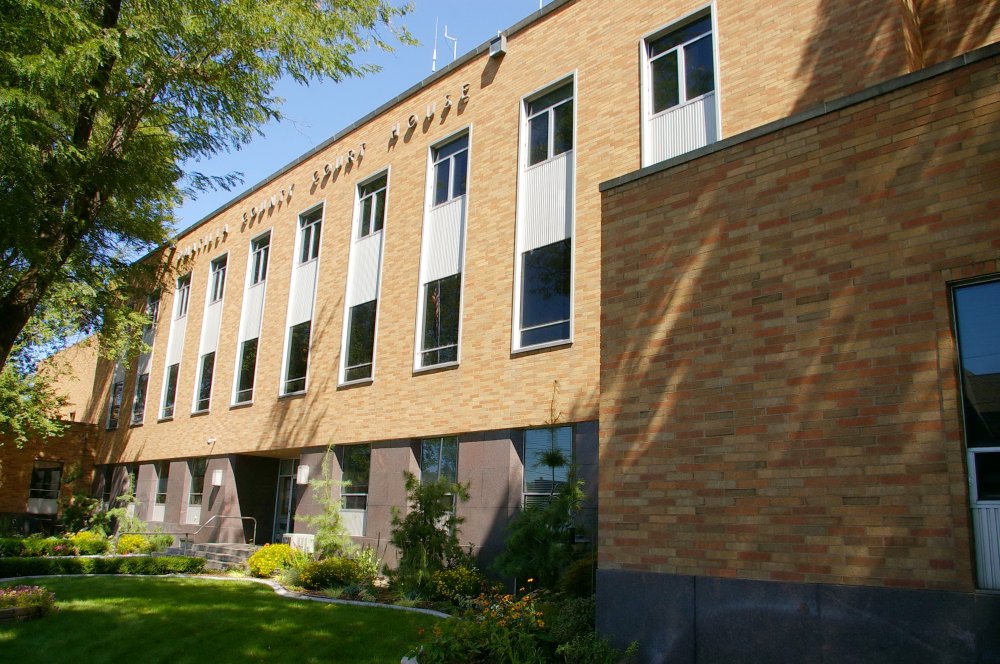 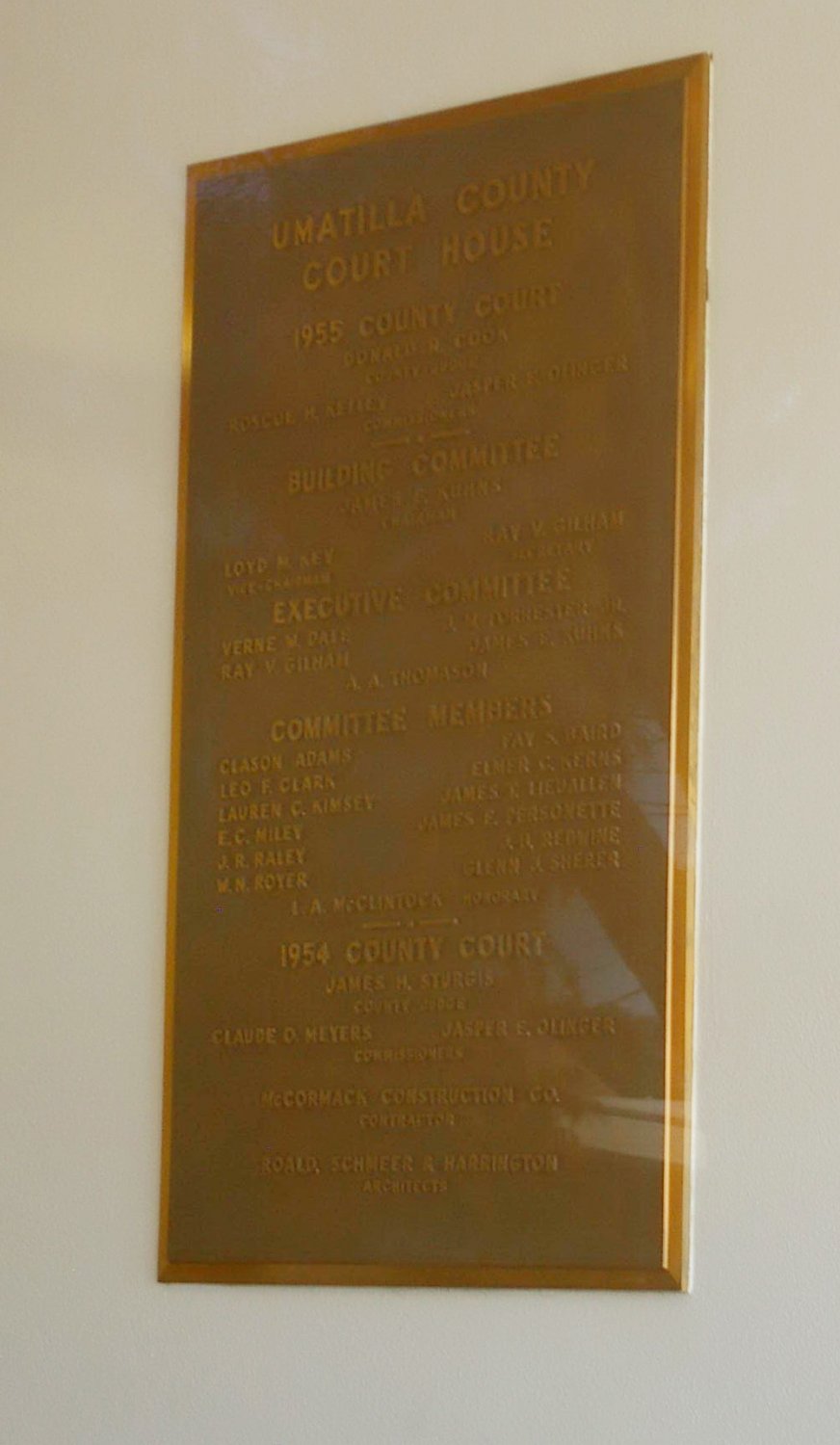 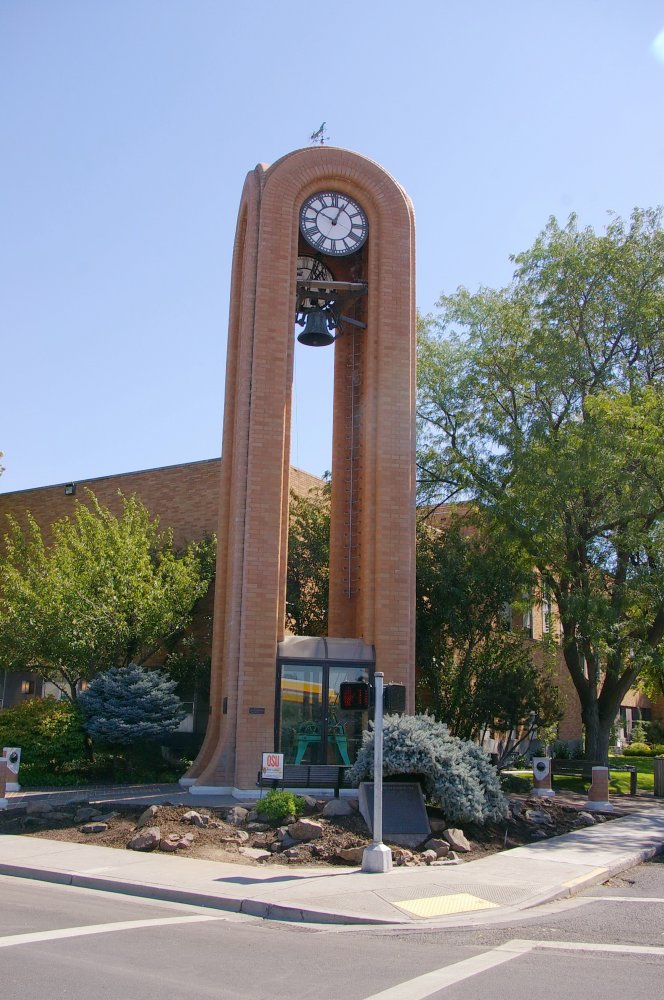