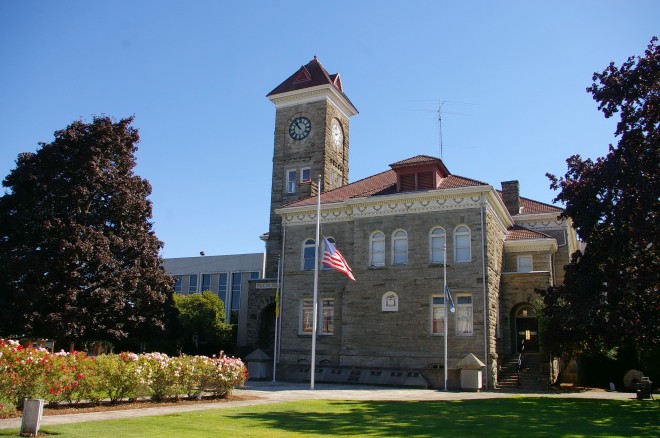 Description:  The building  faces west and is is a two story sandstone structure. The building is located on spacious landscaped grounds and has a projecting center section with arched entrances on the north and south sides. On the north is a high square clock tower with red colored sloped roof. There is a wide eave along the sloped red colored roof. On the east side is a three story annex constructed in 1965 to 1966. The contractor was Robert D Morrow. The building was expanded in 1989. 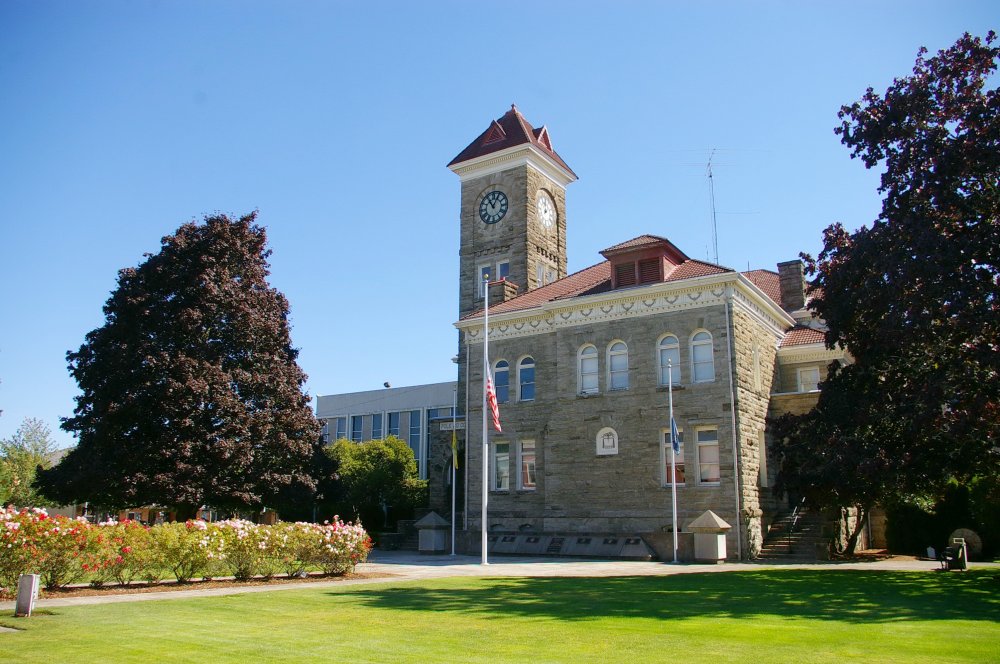 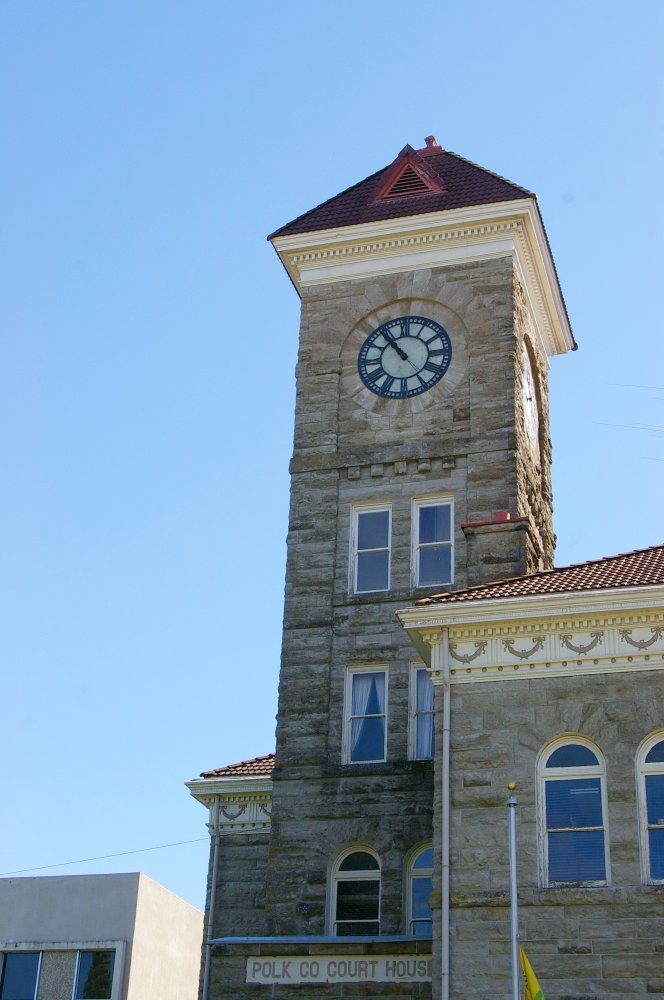 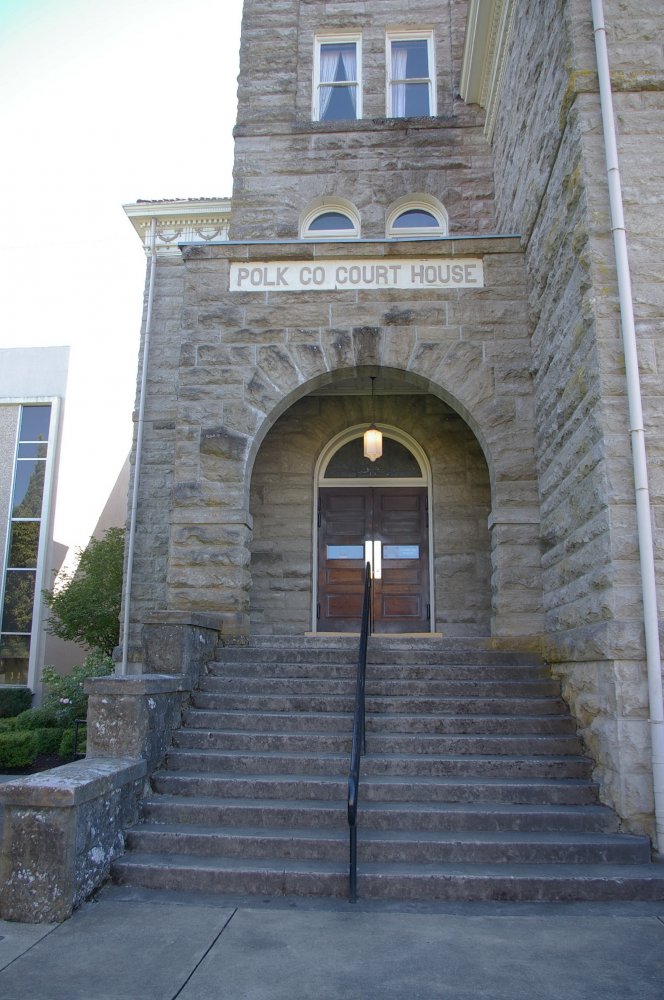 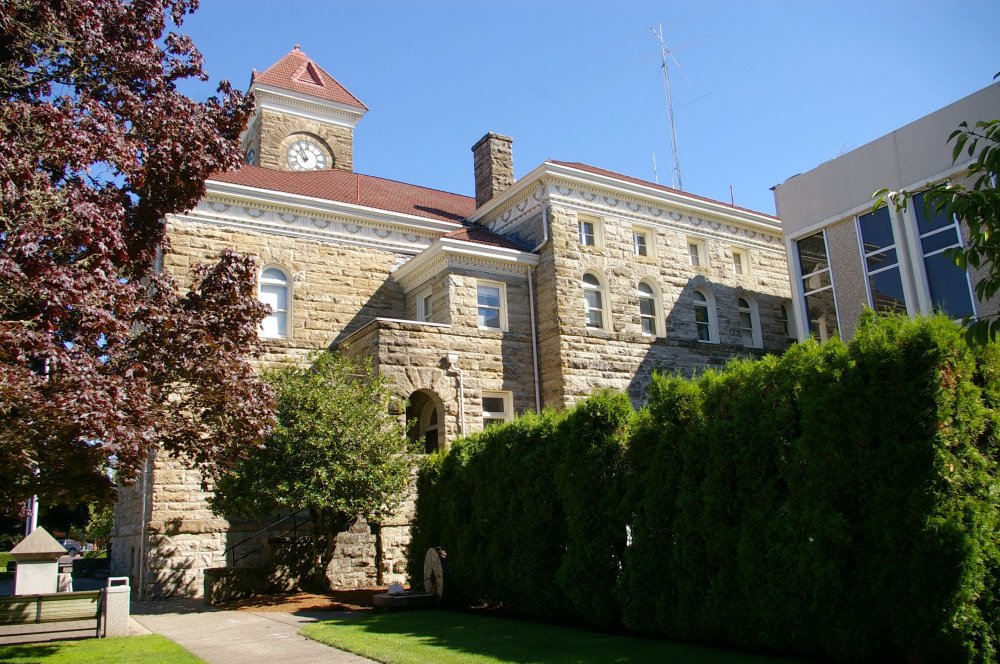 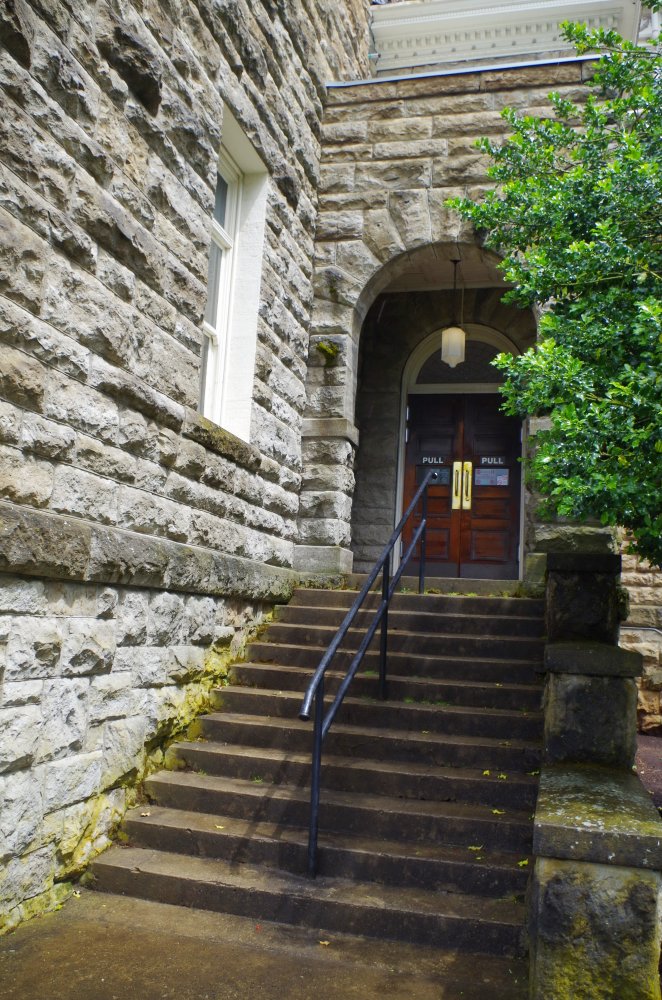 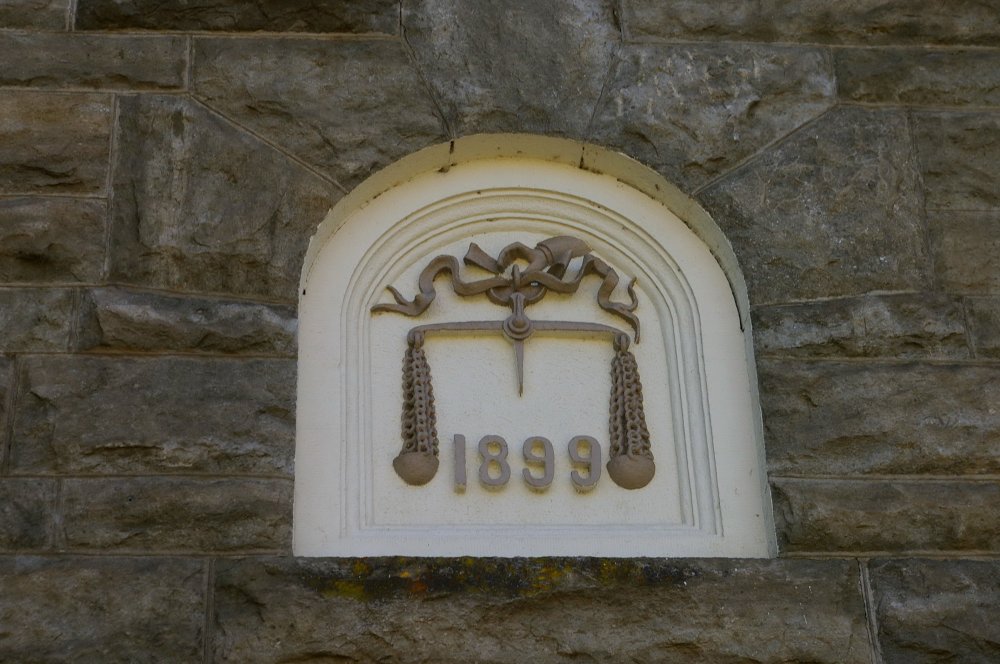 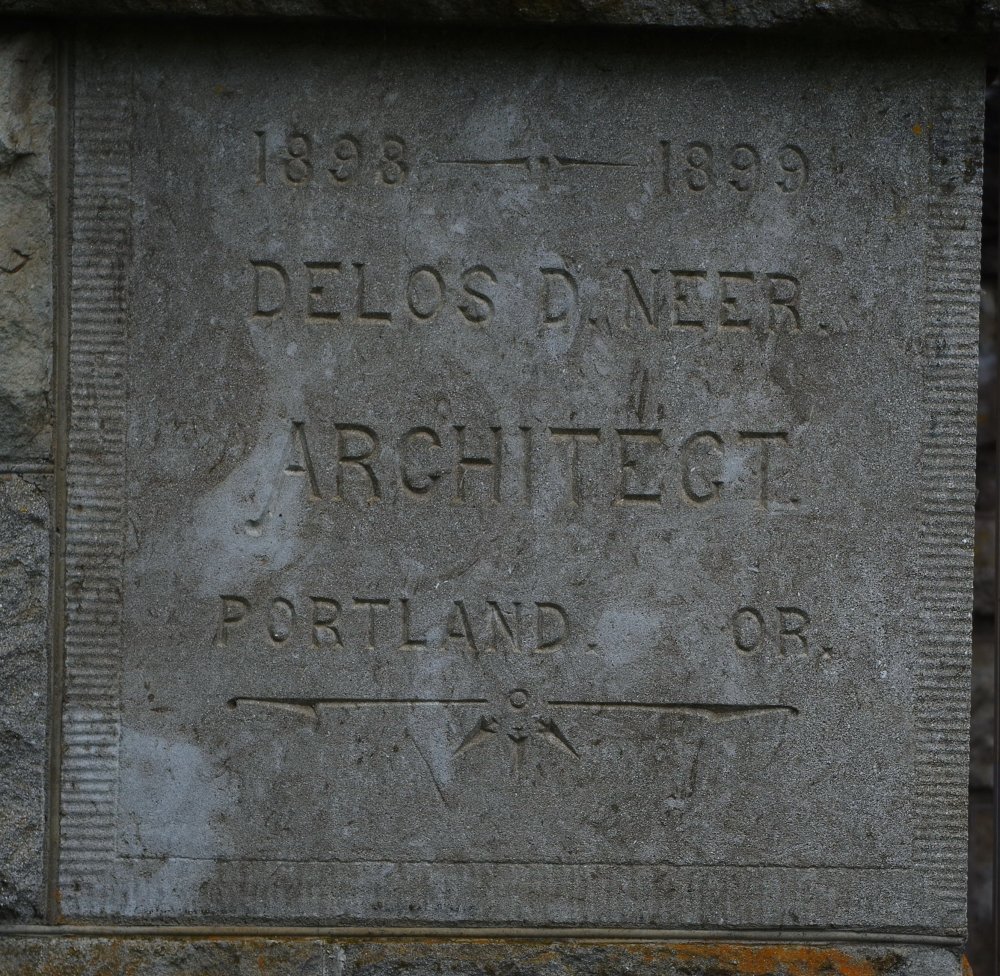 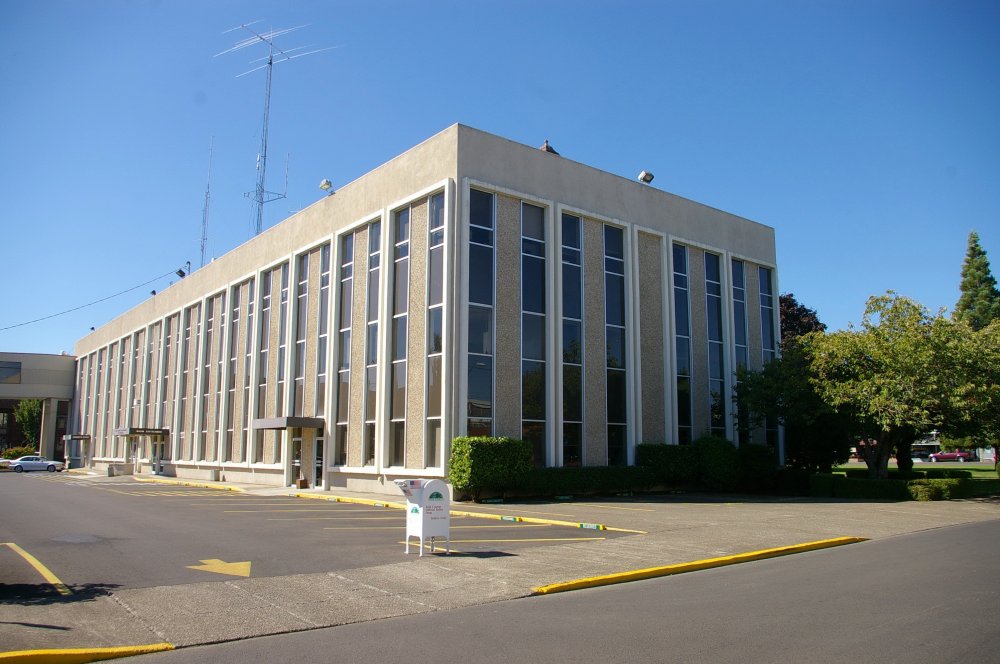 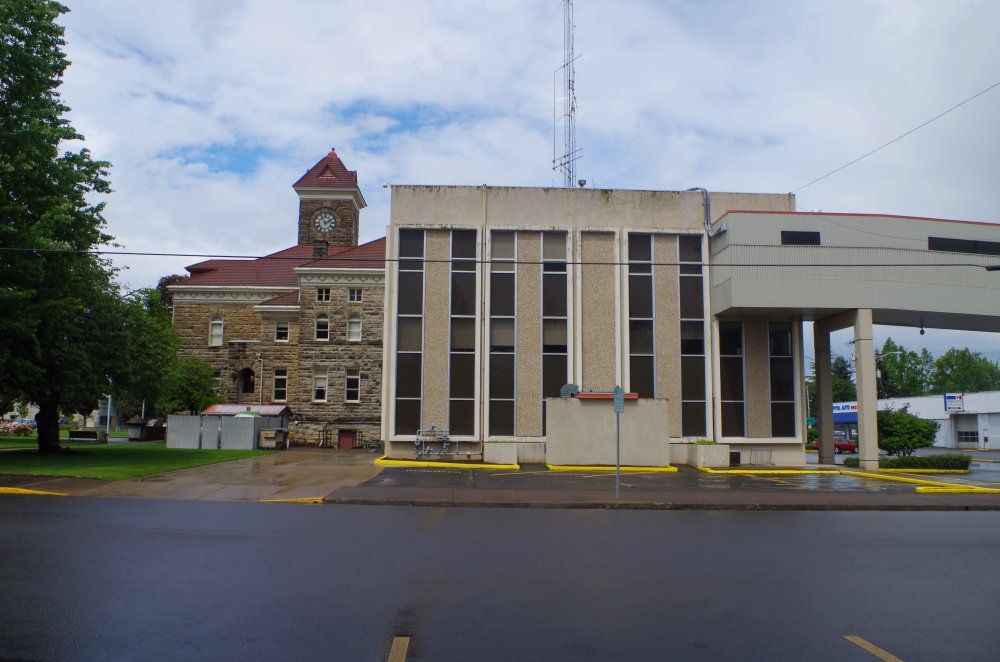 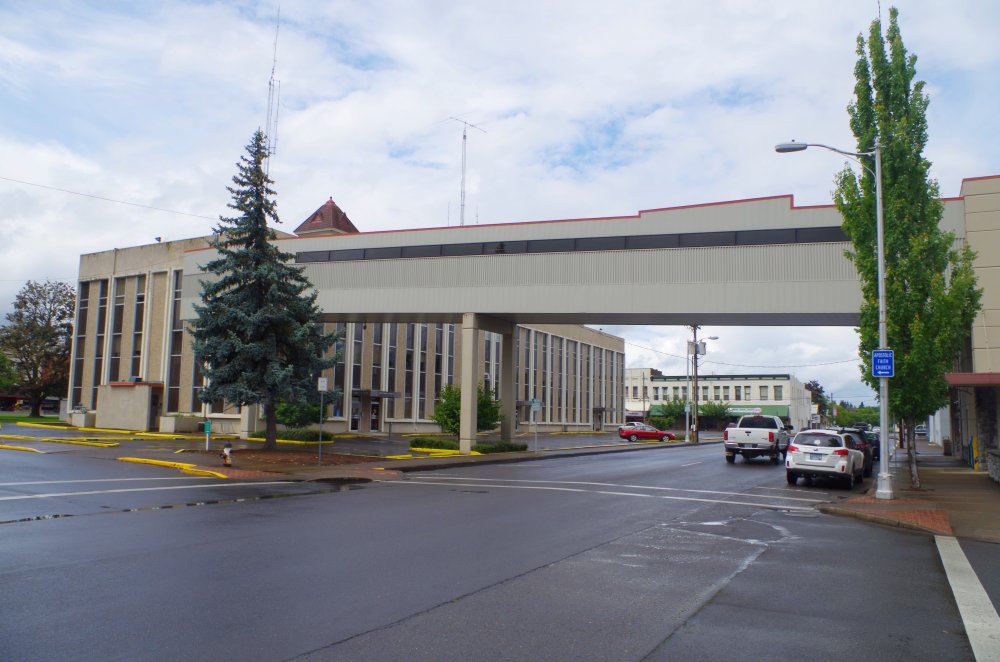 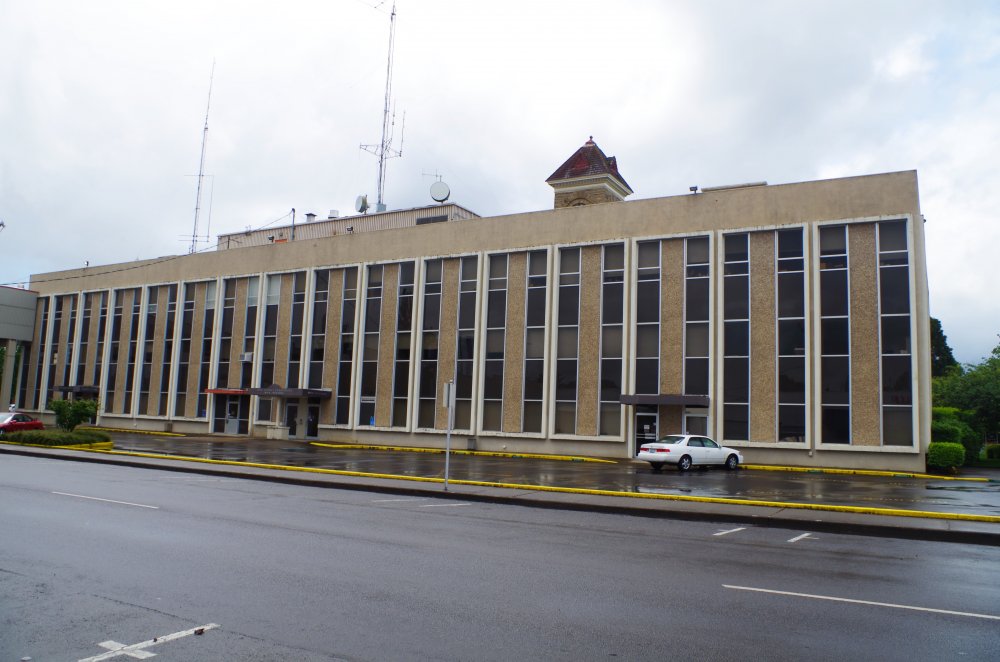