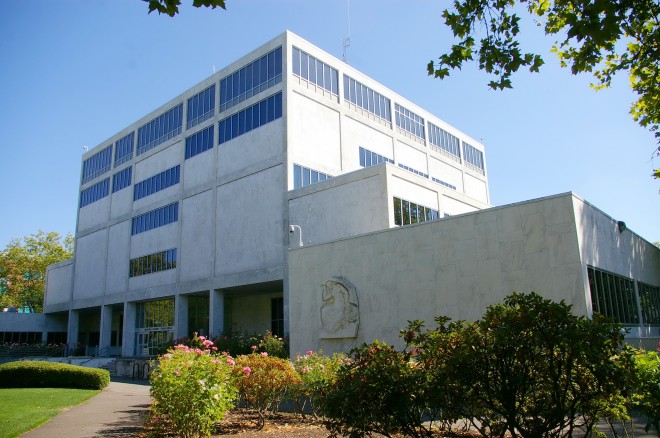 Architect:  Pietro Belluschi and Skidmore, Owings and Merrill of Portland

Description:  The building  faces west and is a five story concrete, marble and glass structure. The west front has a porch on the first story supported by concrete pillars and with a recessed glass entrance. The windows are horizontal. There is a north and south one story wing with a second story smaller wing adjoining the main building. The roof line is flat. A parking structure was built in 1978. The contractor was Pence-Kelly Construction, Inc.of Salem.

Note:  The previous courthouse was designed by William W Piper and Elwood M Burton and constructed by Wilbur E Boothbay in 1873. 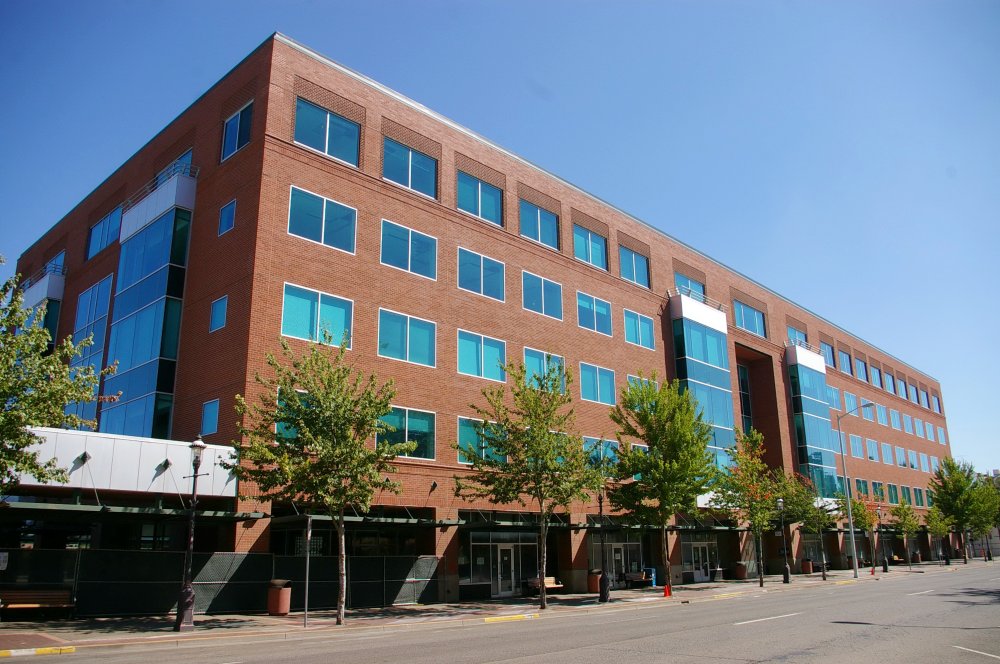 Description:  The building  faces south and is a five story red colored brick structure. The building is called the Courthouse Square Transit Mall. The first story has recessed walls. The central entrance has a recessed section with large glass sections on either side. The roof line is flat. The Project Manager was Melvin Mark Development Company.

See:  Located in the county is the Oregon Supreme Court. 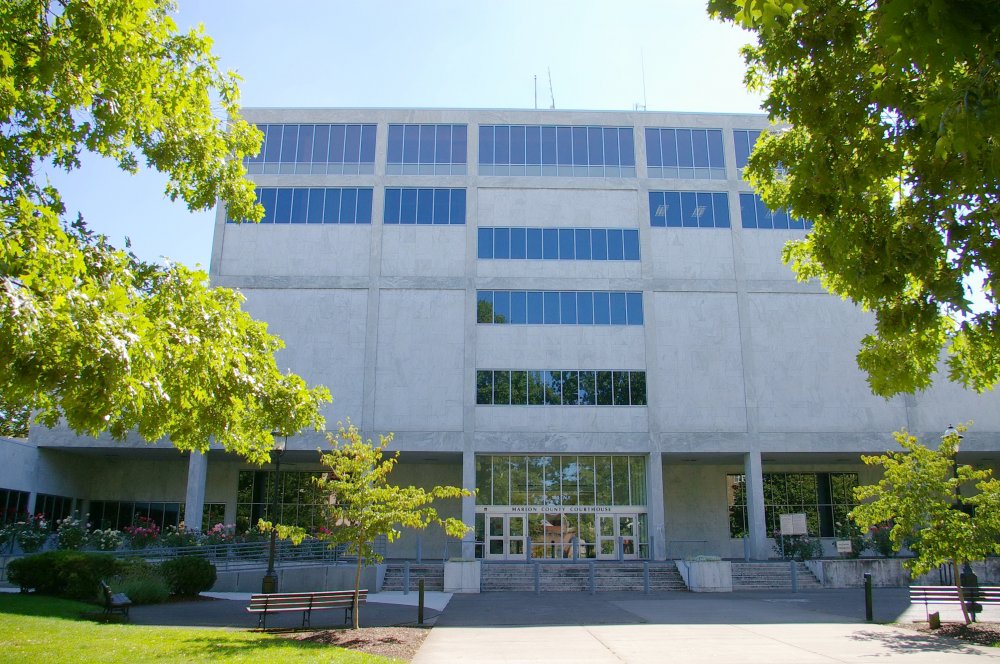 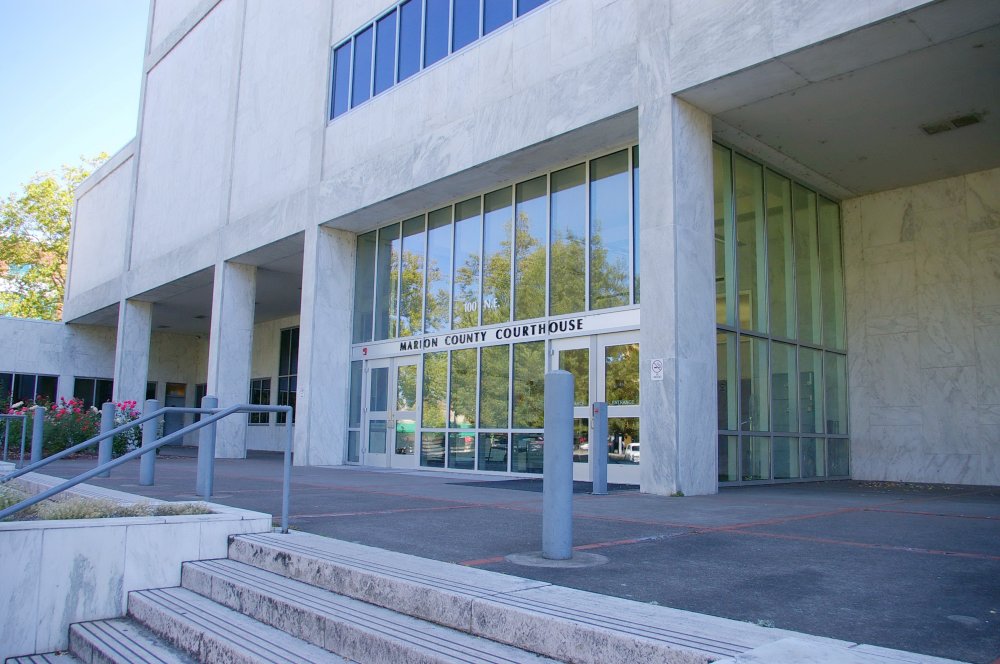 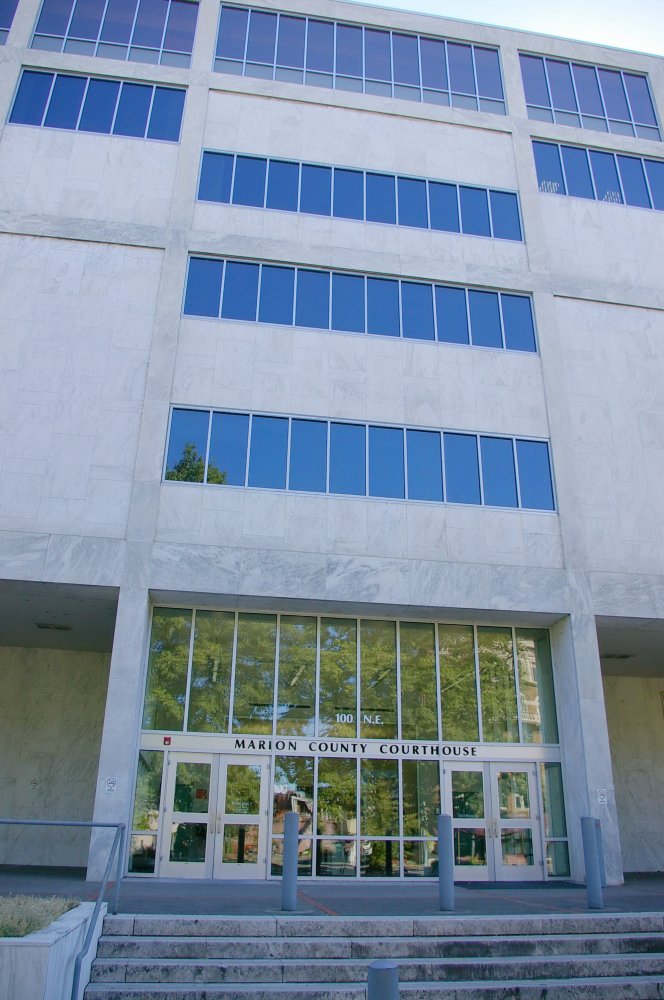 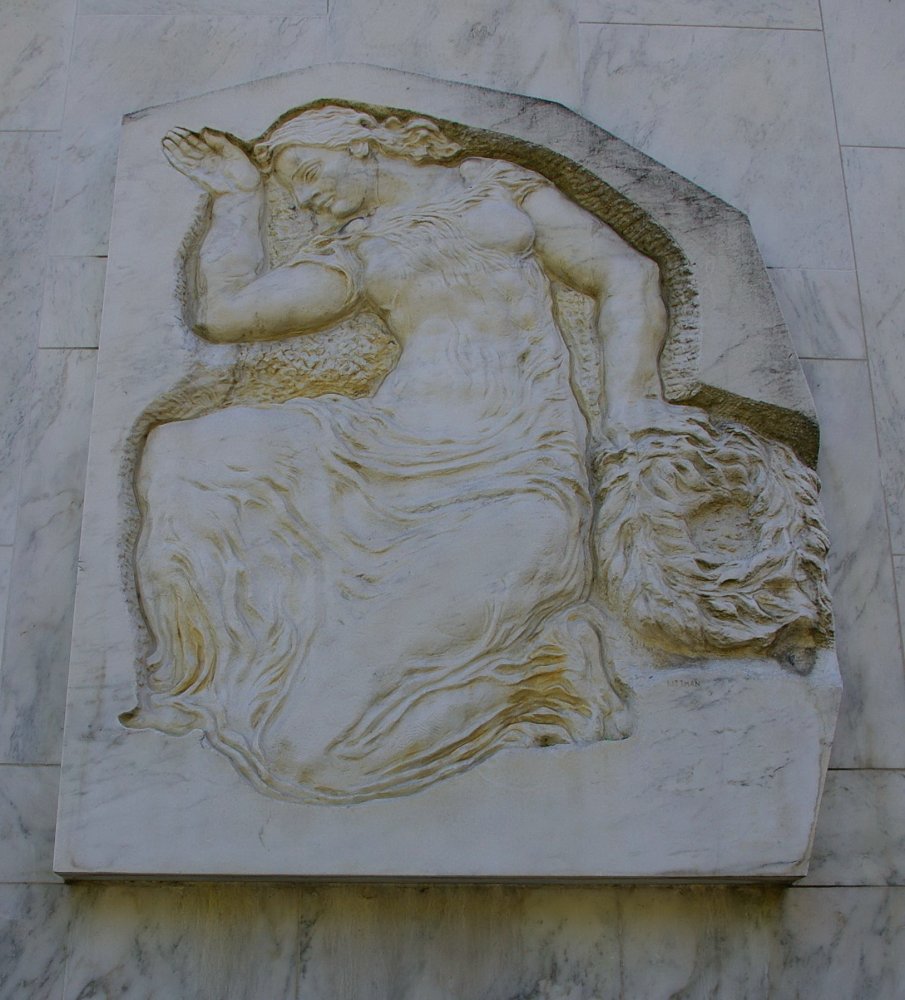 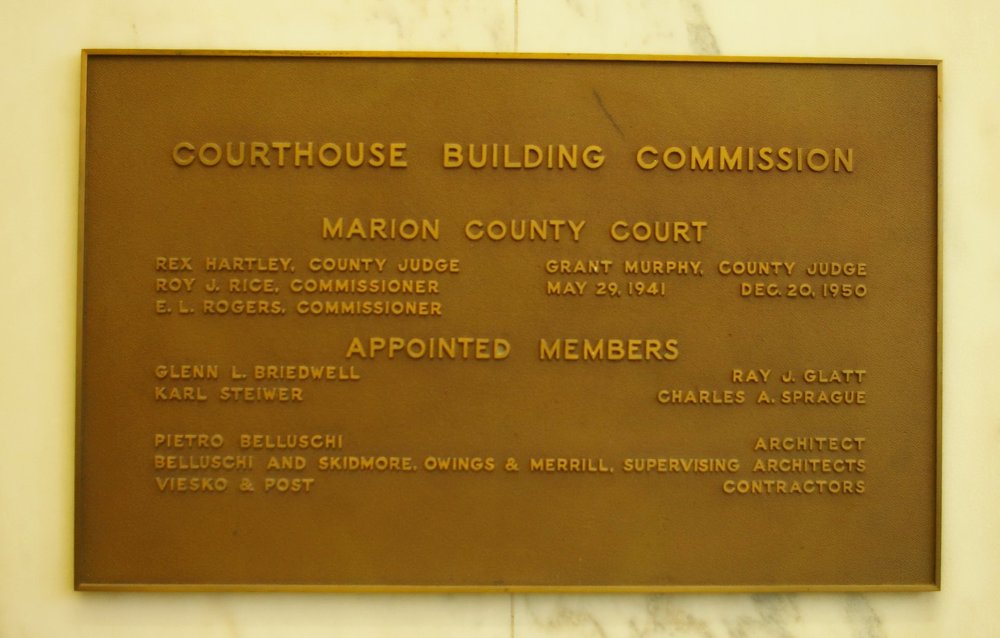 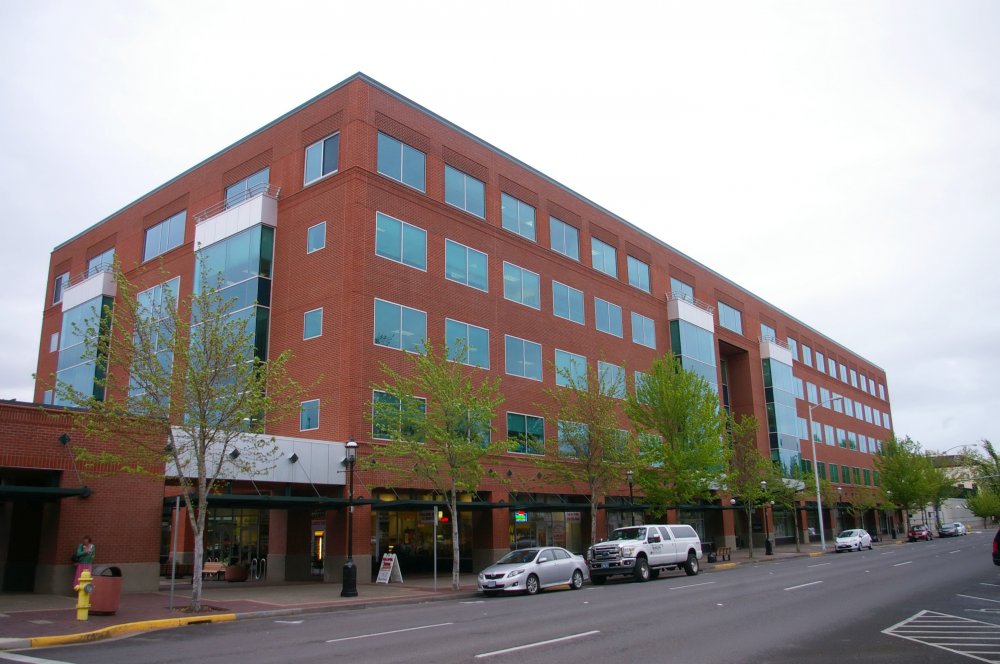 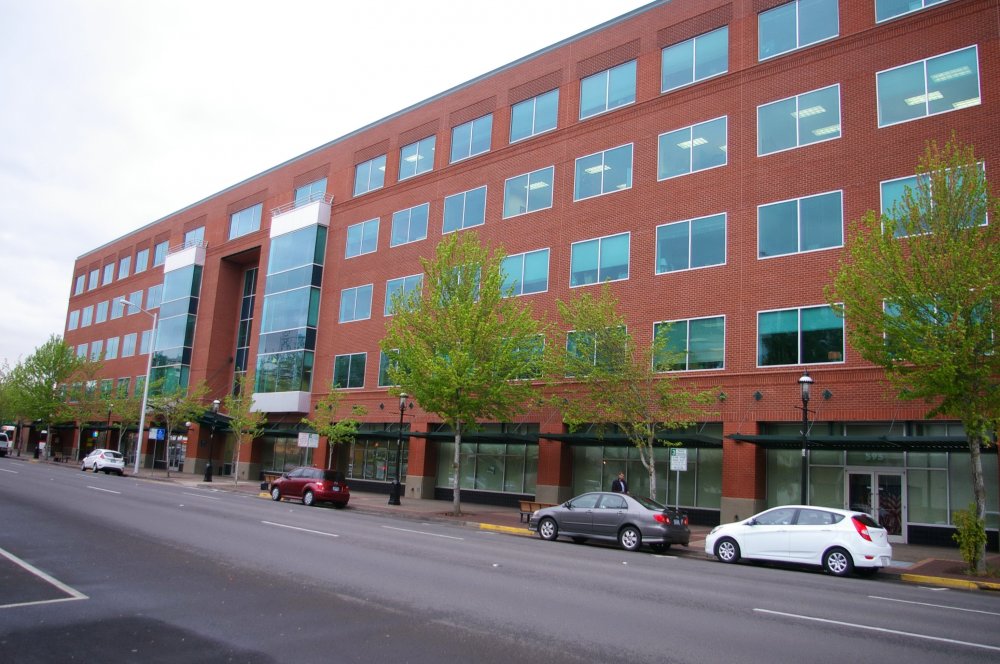 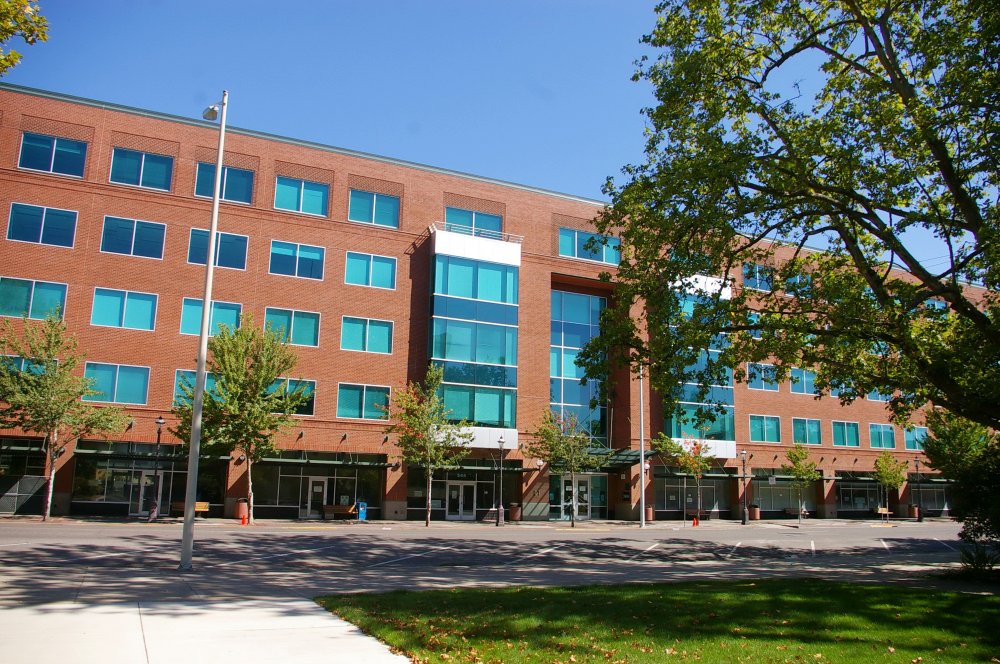