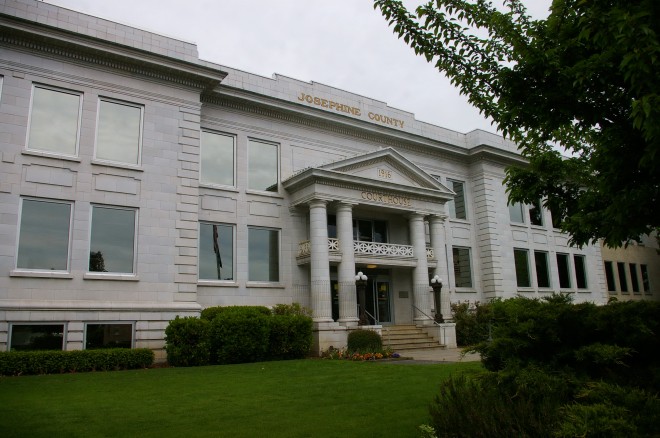 Josephine County is named for Virginia ”Josephine” Rollins, who was the first white woman to settle in the county.

Description:  The building faces northeast and is a two story structure. The southeast front  of the rectangular building has a recessed center section with central portico with four columns, balcony on the second story and pediment at the second story. The roof line is flat. The building was altered and additions added in 1961. The architect was Roald, Schmeer & Harrington and contractor was Todd Building Company. An addition was constructed in 1970. The architect was Wallace P Hagestad.

Note:  The first courthouse was a log cabin purchased from James Hendershott at Sailor Diggings in 1856. Between 1858 and 1886, various offices were used in Kerbyville. The previous courthouse was built in 1887 in Grants Pass. 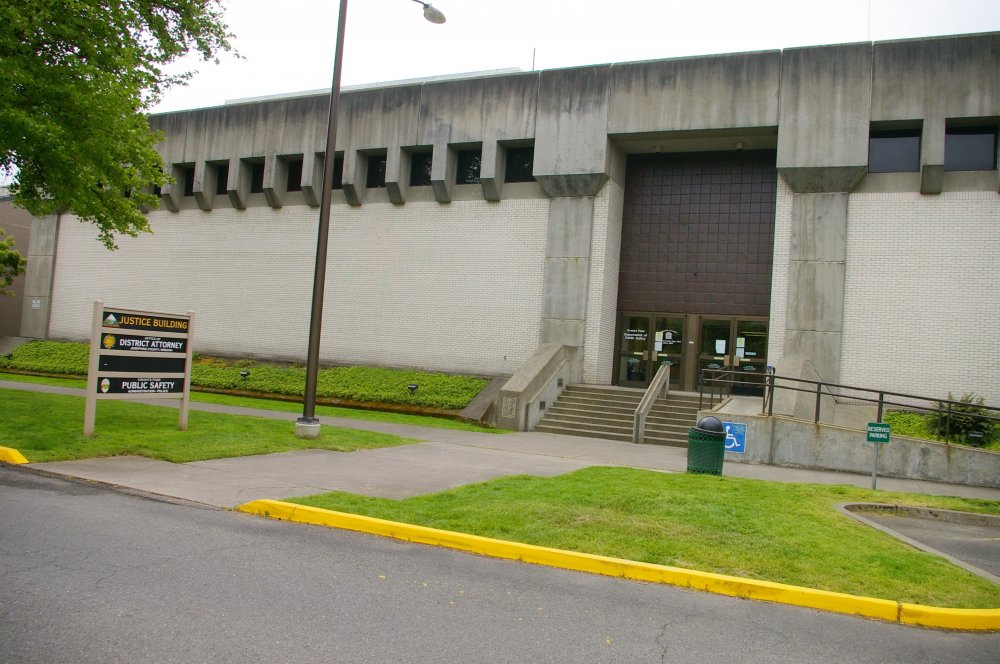 Description:  The building faces north and is a three story buff colored brick and concrete structure. The building is located on the northwest side of the courthouse. The north front has a central recessed entrance on the first story with brown colored section above. Along the roof line is a wide projecting concrete band with vertical dividers between the square shaped windows. 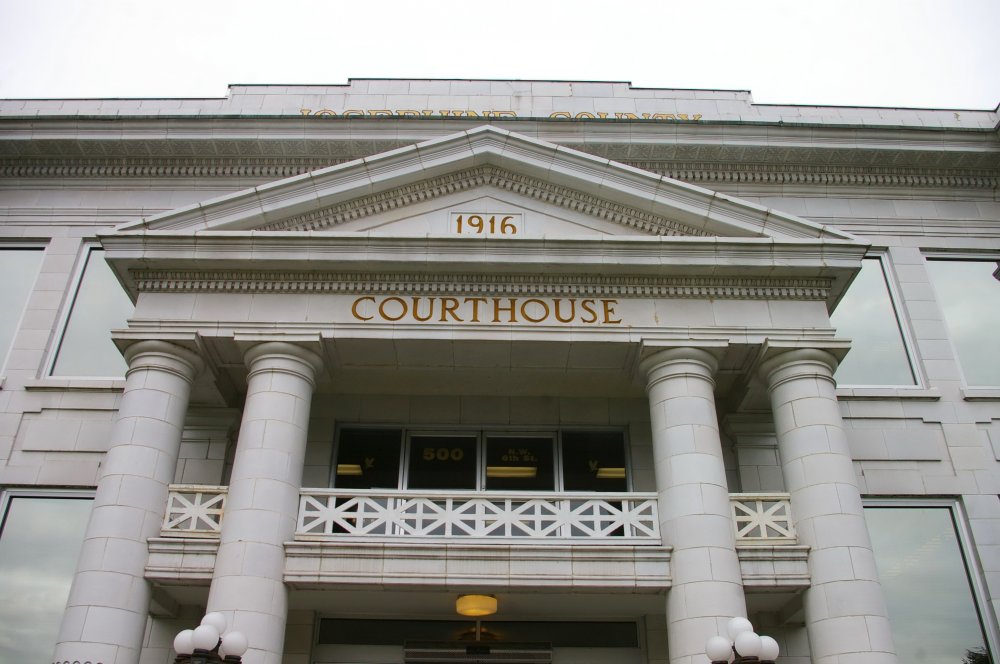 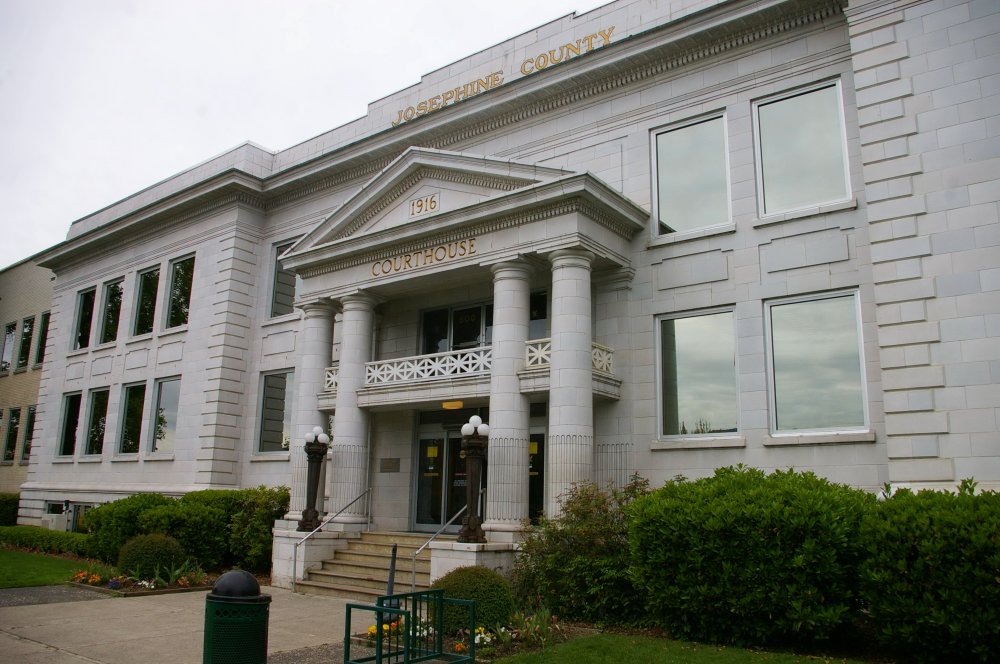 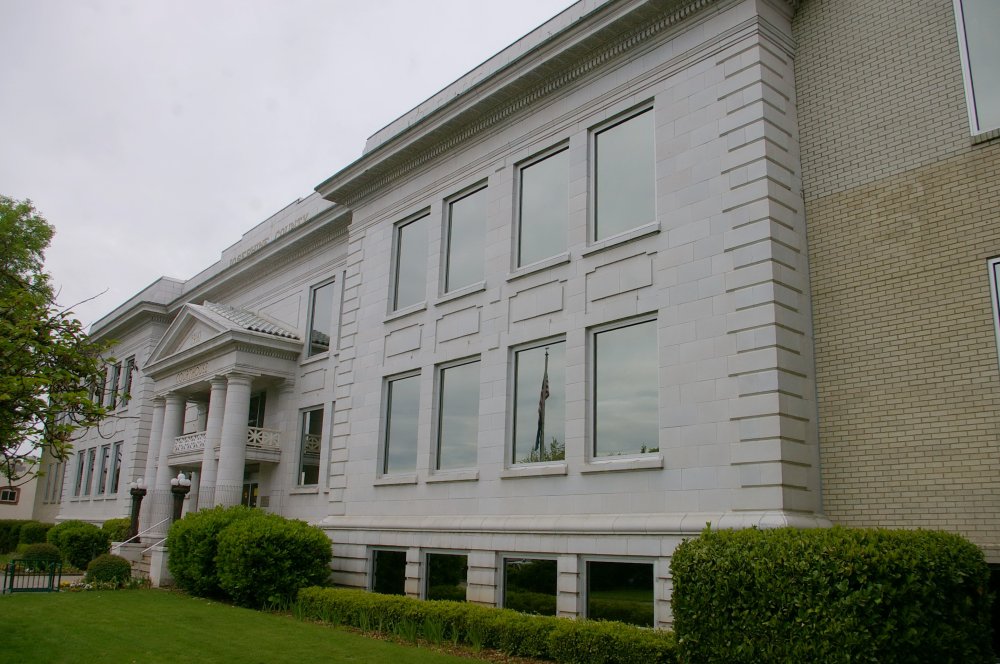 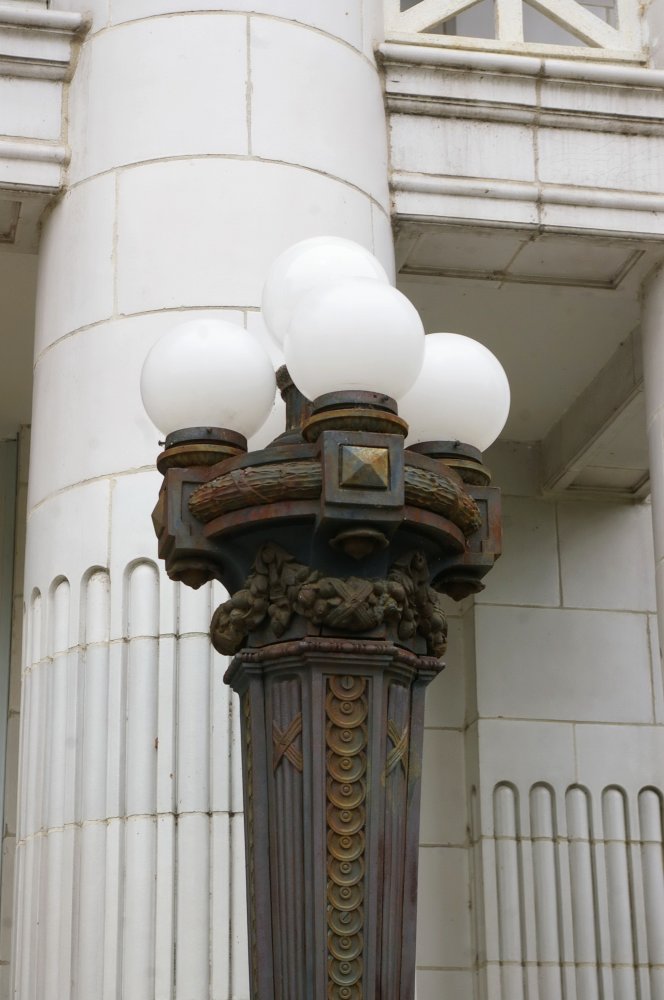 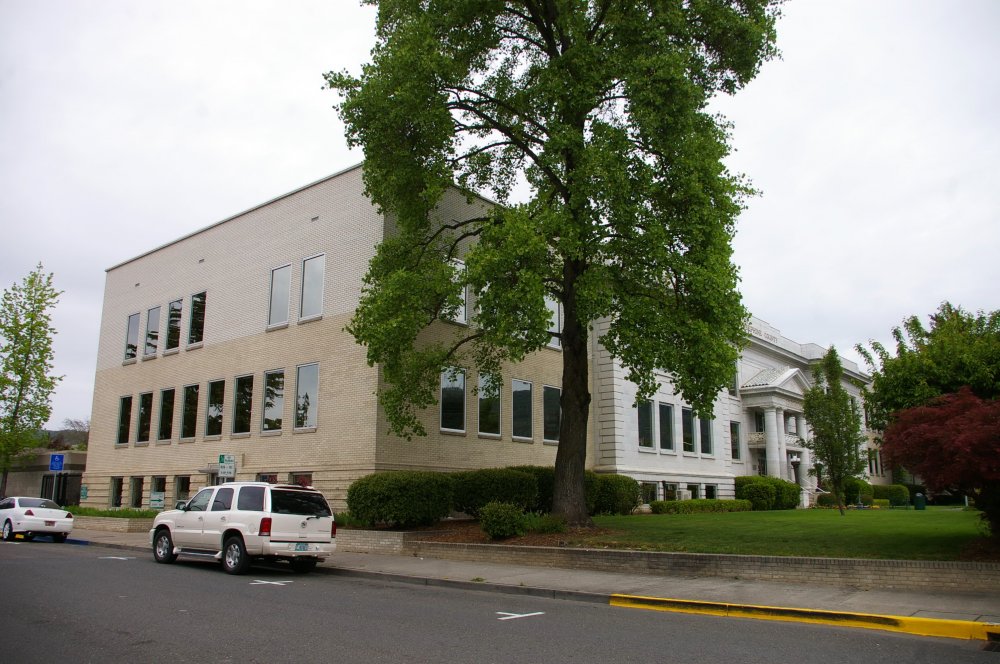 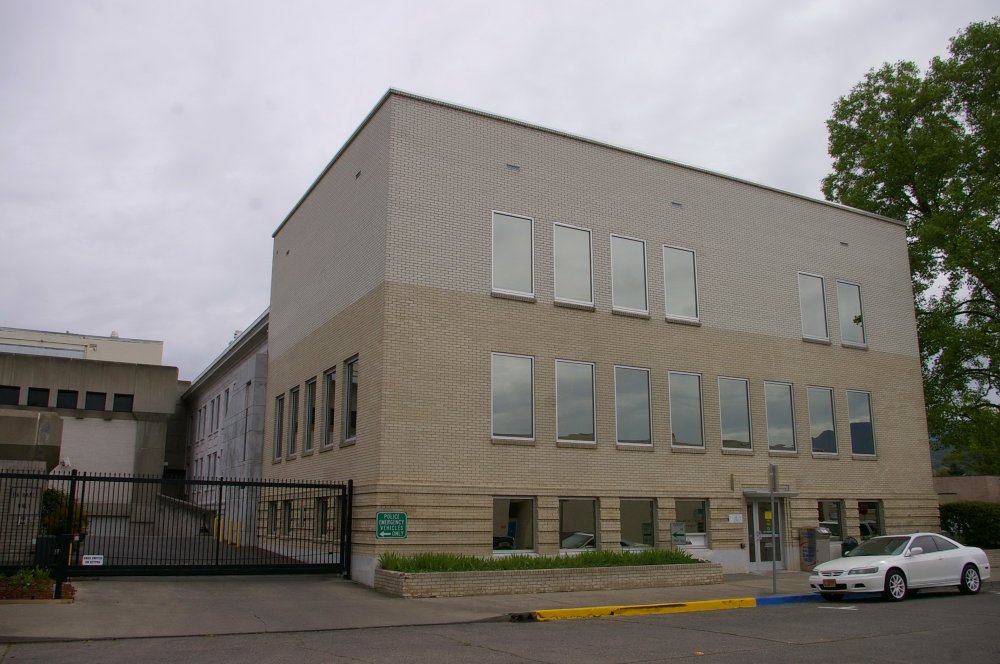 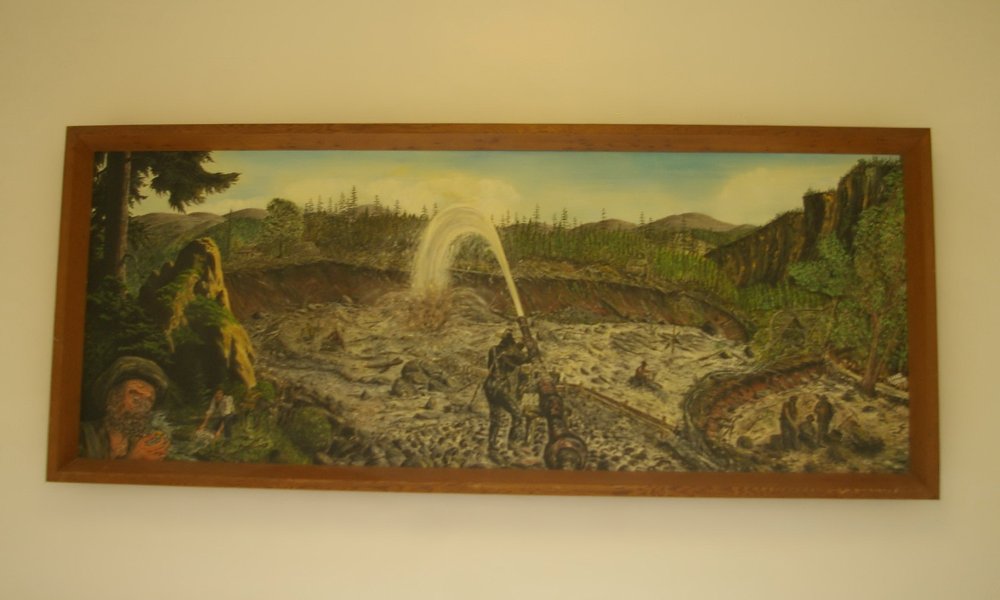