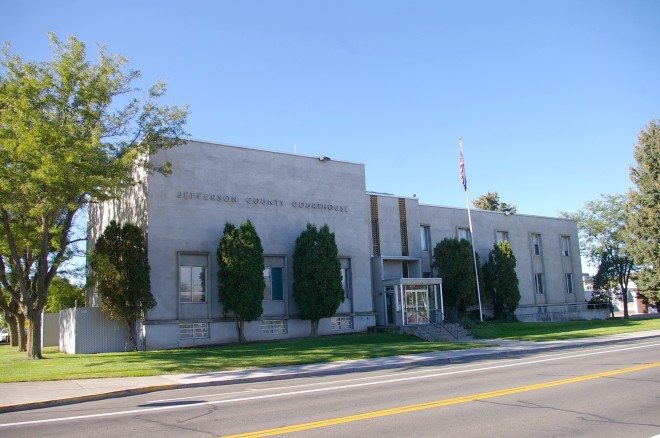 Jefferson County is named for Mount Jefferson located in the county and which mountain was named after Thomas Jefferson, who was President of the United States from 1801 to 1809. 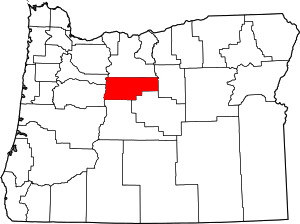 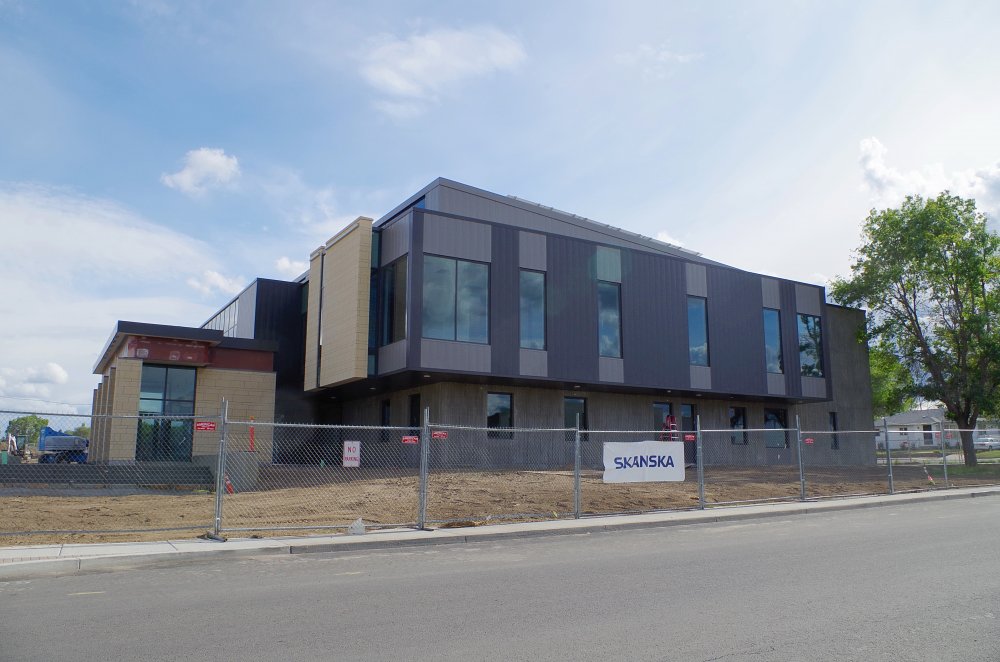 Architect:  DLR Group of Portland and HSR Master Planning and Architecture of Bend

Description:  The building faces north and is a two story concrete and glass structure presently being constructed. The building is located on landscaped grounds in the center of Madras. The north front has a projecting center section with five vertical pillars. The first story is recessed. The second story has glass walls. Three sections rise on the flat roof line. 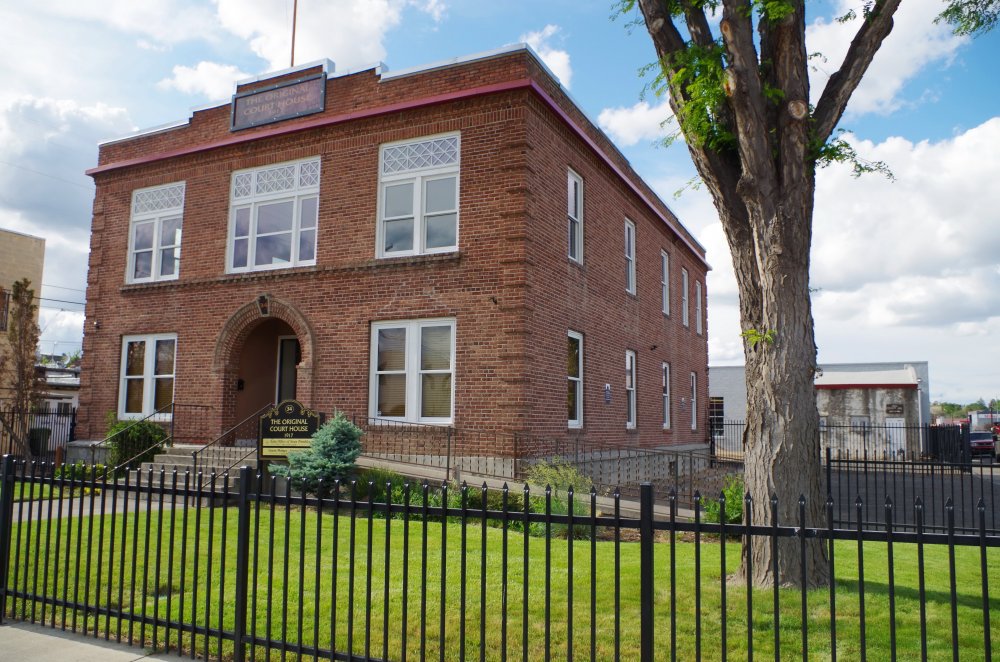 Description:  The building faces south and is a two story red colored brick and concrete structure. The rectangular building is located on landscaped grounds in the center of Madras. The south front has a central arched entrance. A projecting cornice runs below the roof line and between the first and second stories. The building served as courthouse and later as City Hall. 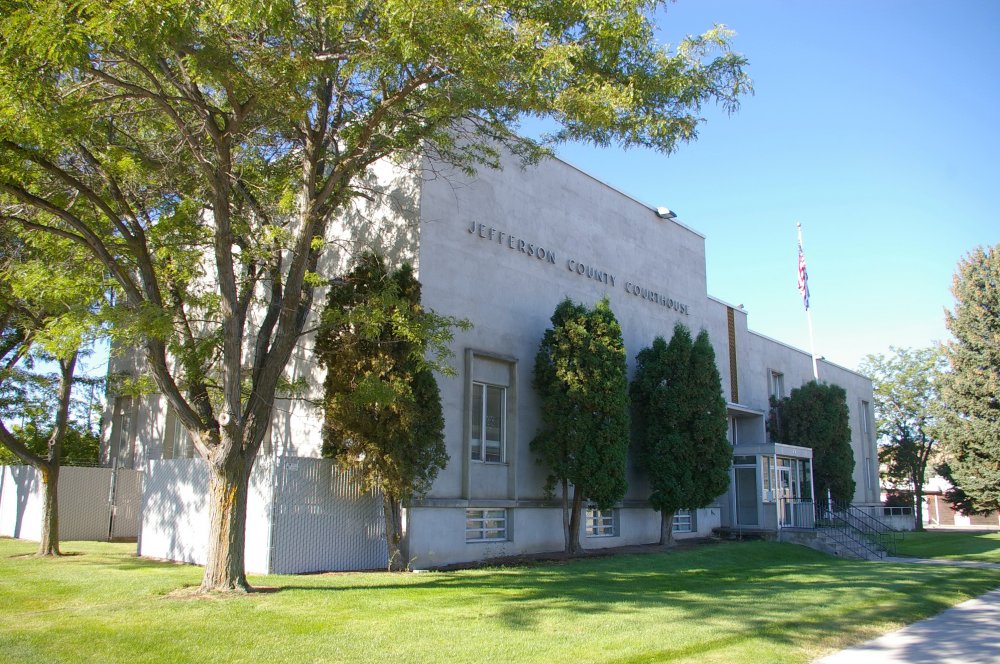 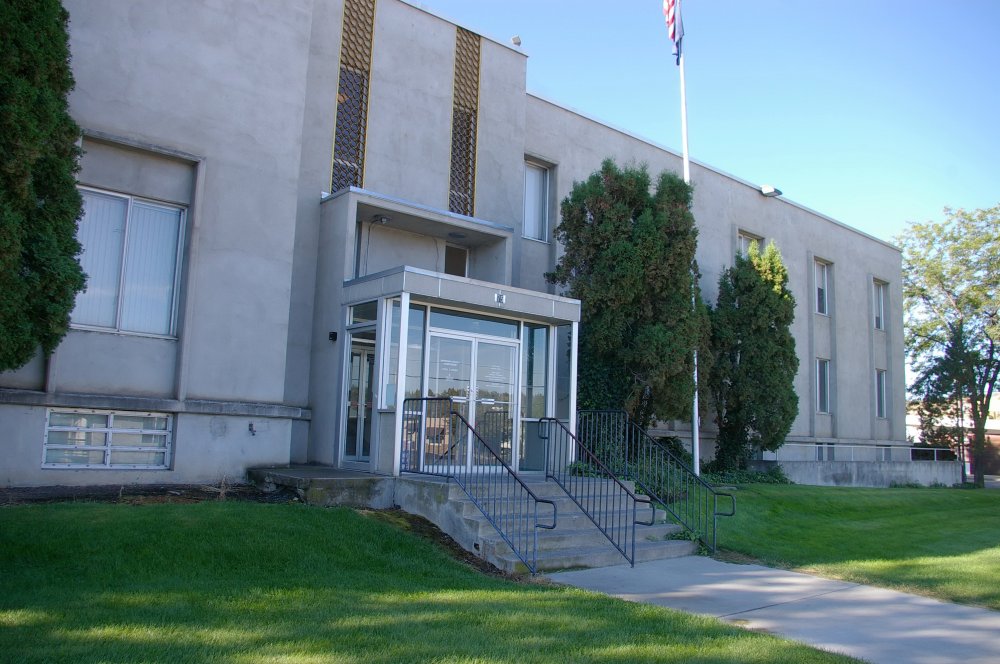 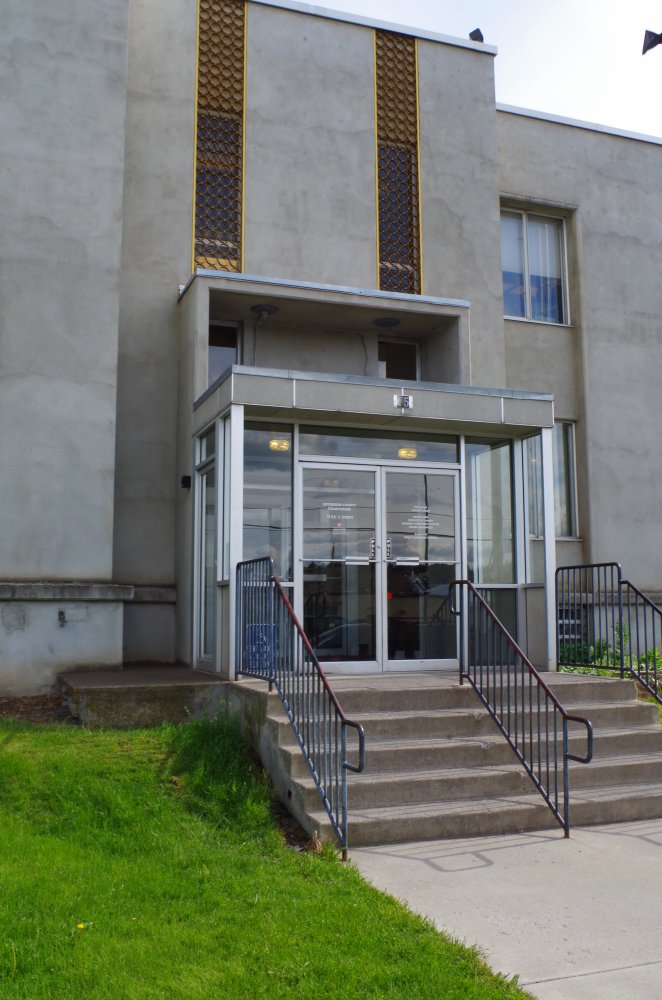 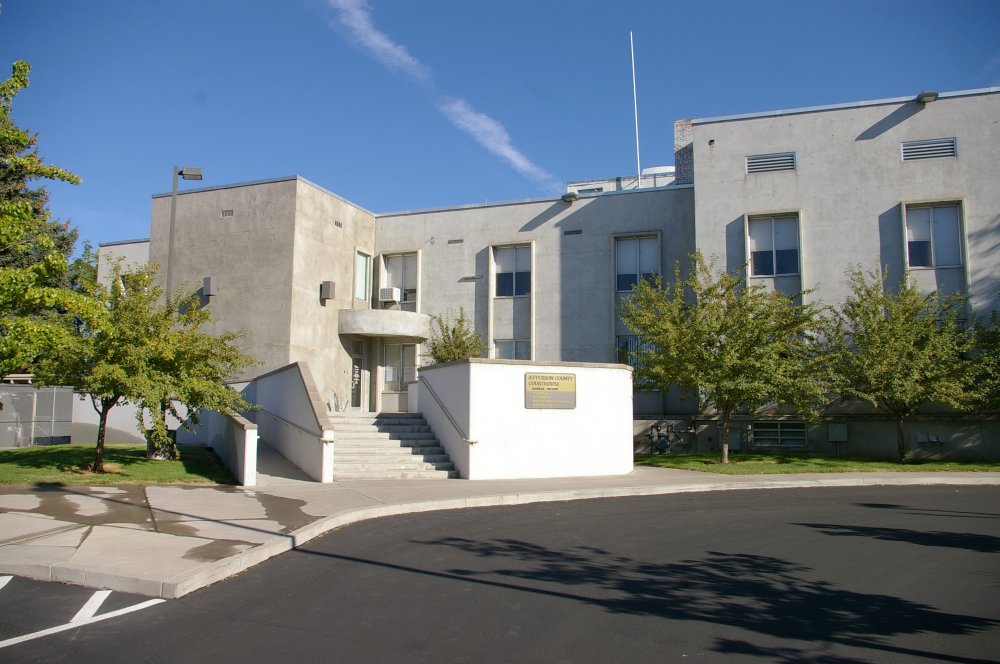 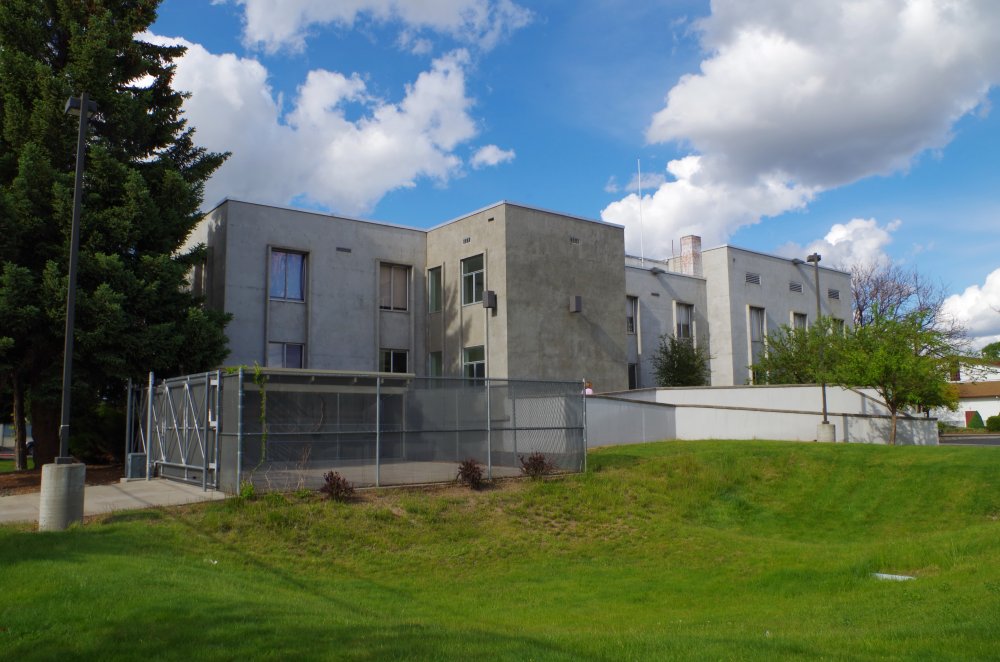 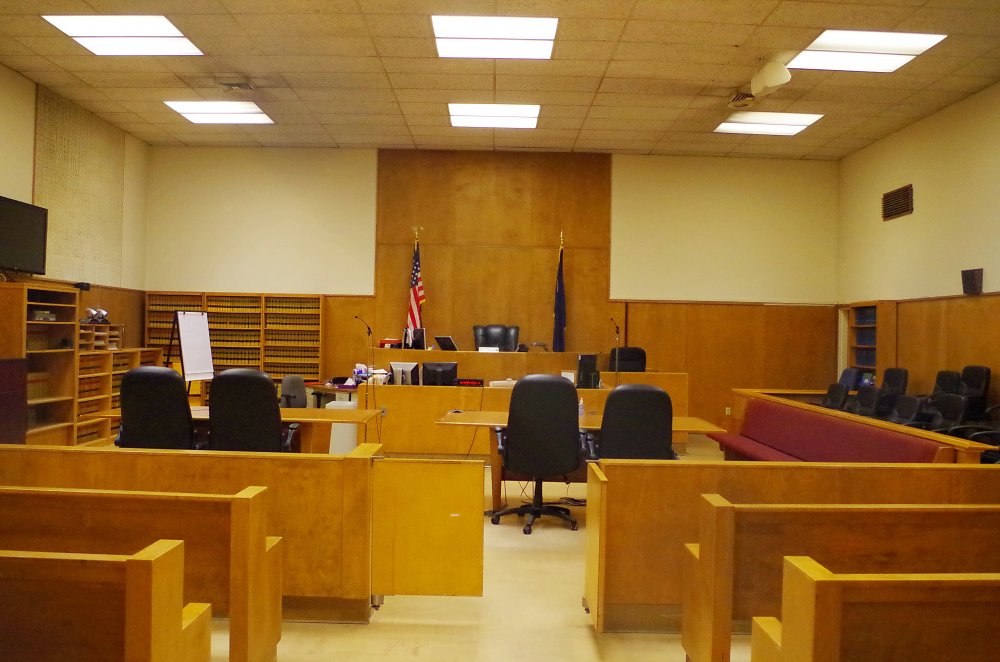 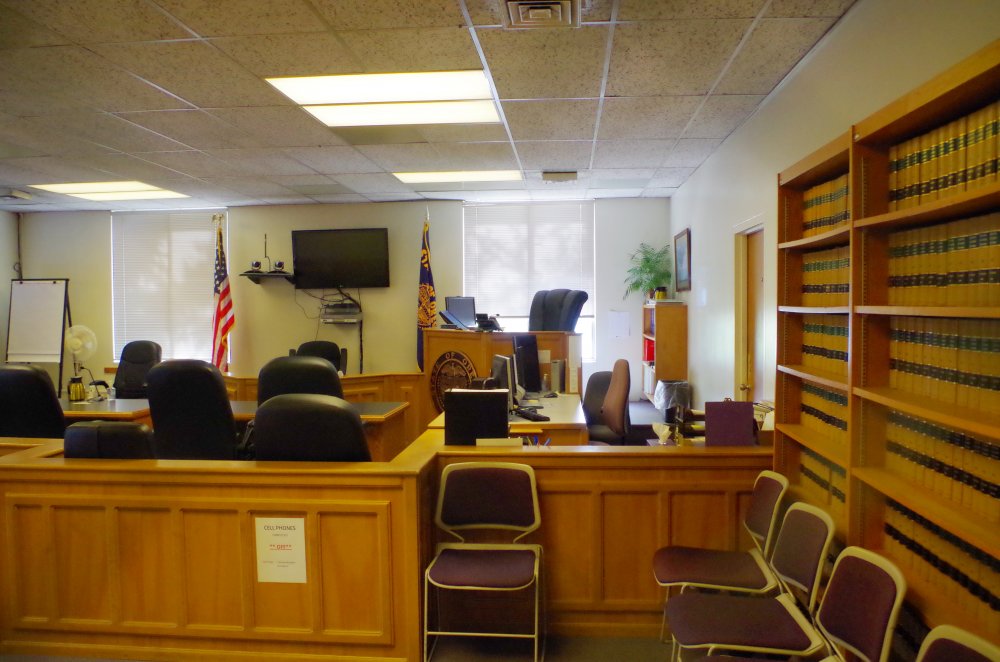 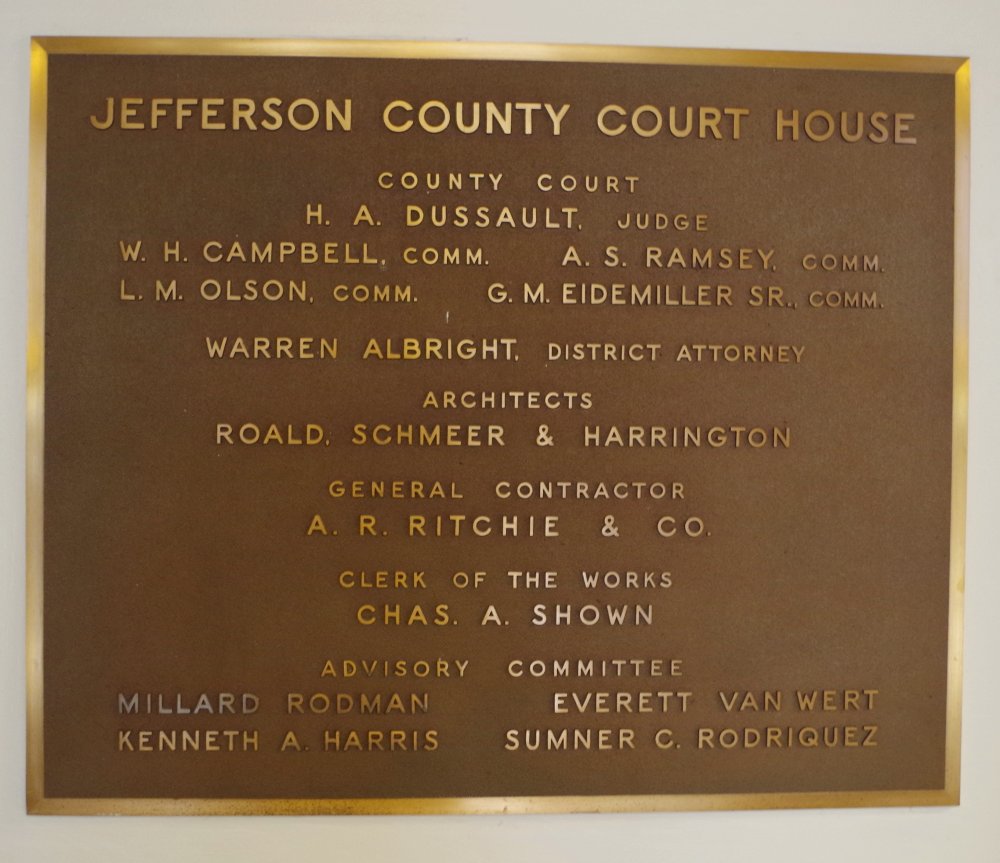 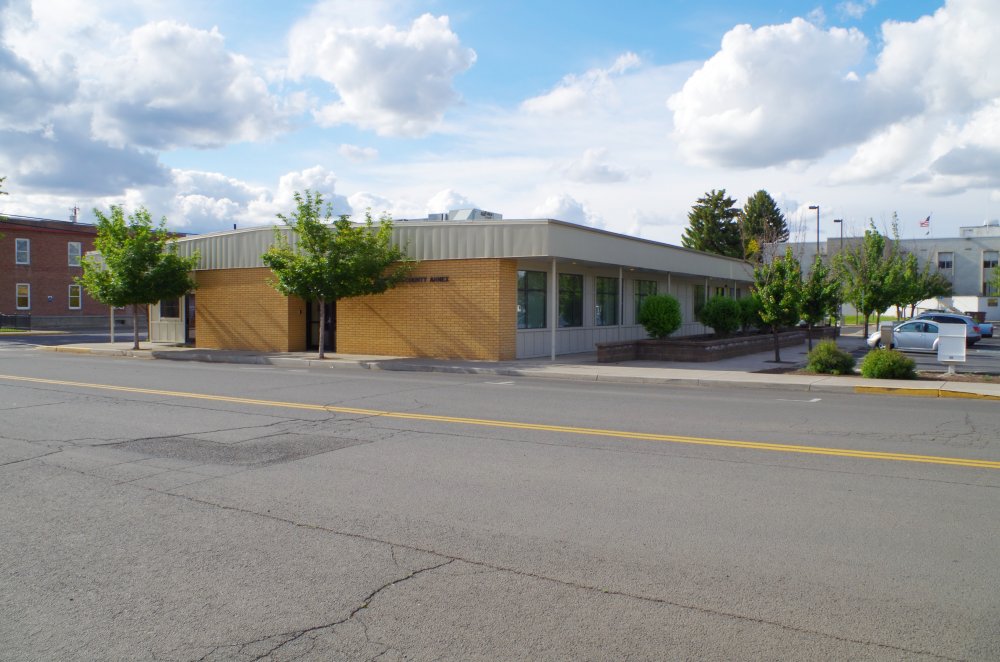 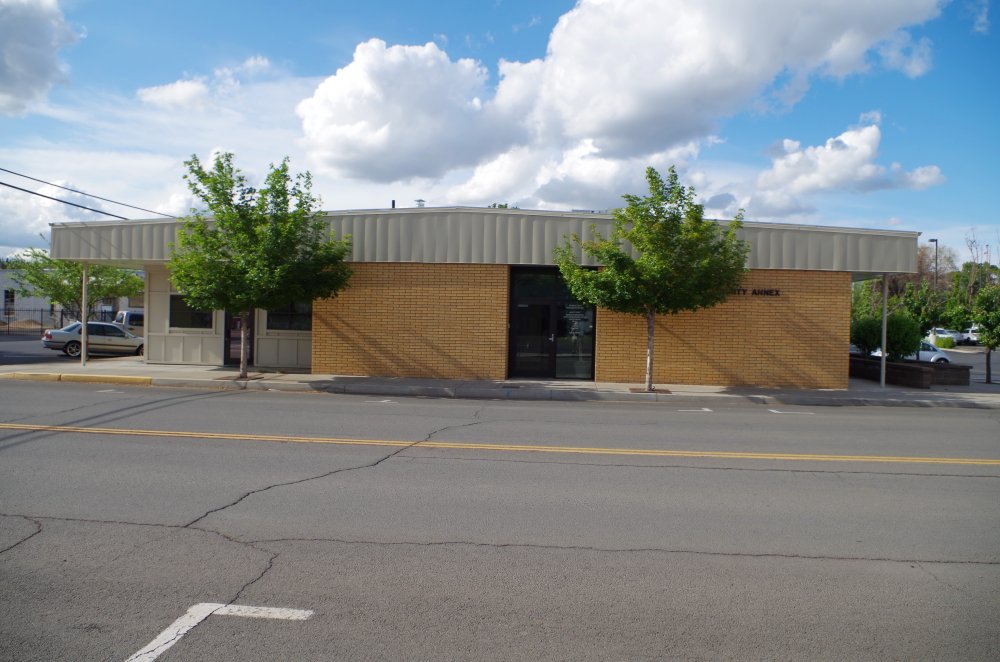 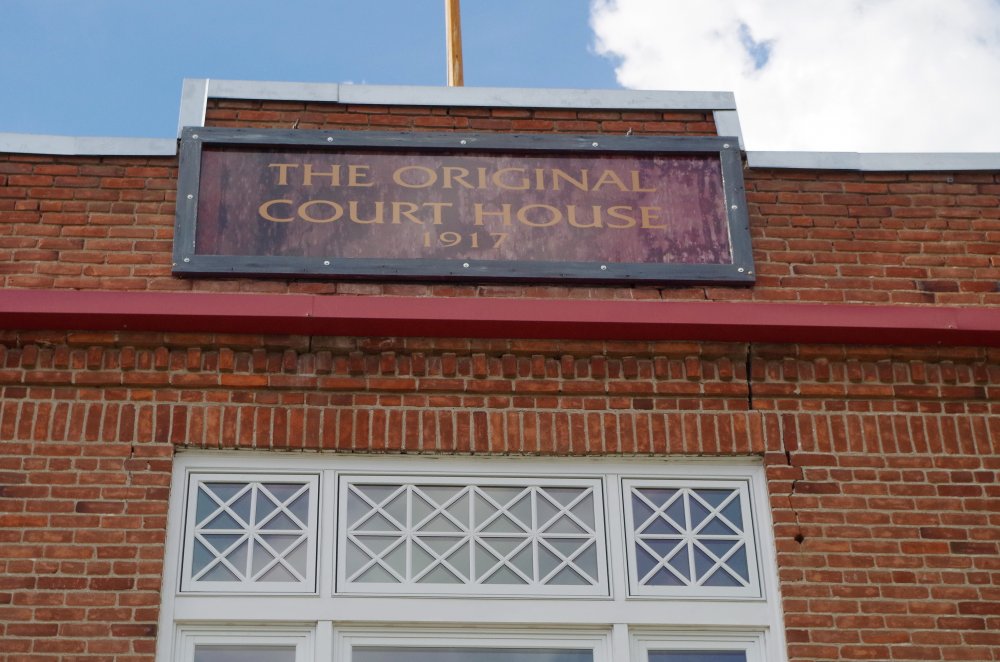