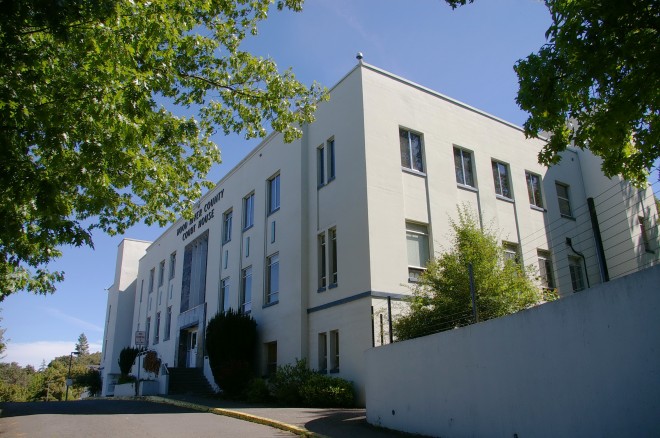 Hood River County is named for the Hood River and Mount Hood, both named after Lord Samuel Hood, who served in the British Navy during the American Revolutionary War.

Description:  The building  faces north and is a three story white colored stucco and concrete structure. The building sits on a hill and overlooks the city to the north. The north front has a central entrance framed with stone and a large window above on the second and third stories. The roof line is flat. 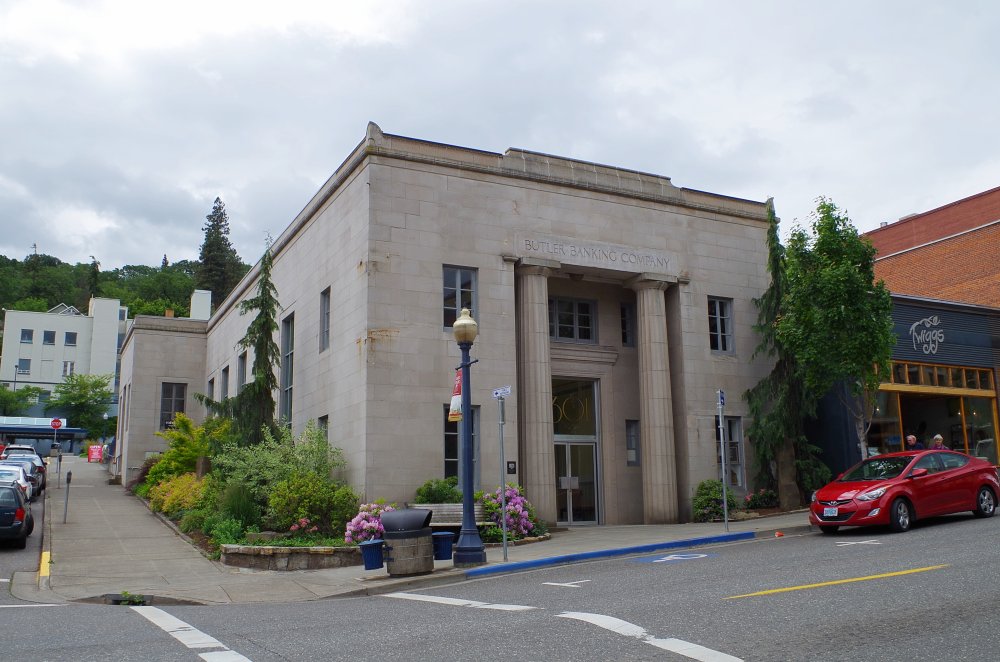 Architect:  A E Doyle of Portland

Description:  The building  faces north and is a two story gray colored stone and concrete structure. The north front has two large fluted columns with recessed rectangular porch. The roof line is flat. The building was used as the courthouse from 1937 to 1954 and as City Hall until the new City Hall was constructed. In 1937, the architect was R R Barlett and the contractor was J M Wright and L M Bentley.

Note:  Leslie and Truman Butler commissioned well-know Portland architect A E Doyle to design a bank for the Butler Banking Company, the business they founded in 1900. The cost of construction was $75,000. The Butler Bank went bankrupt in the 1930′s. 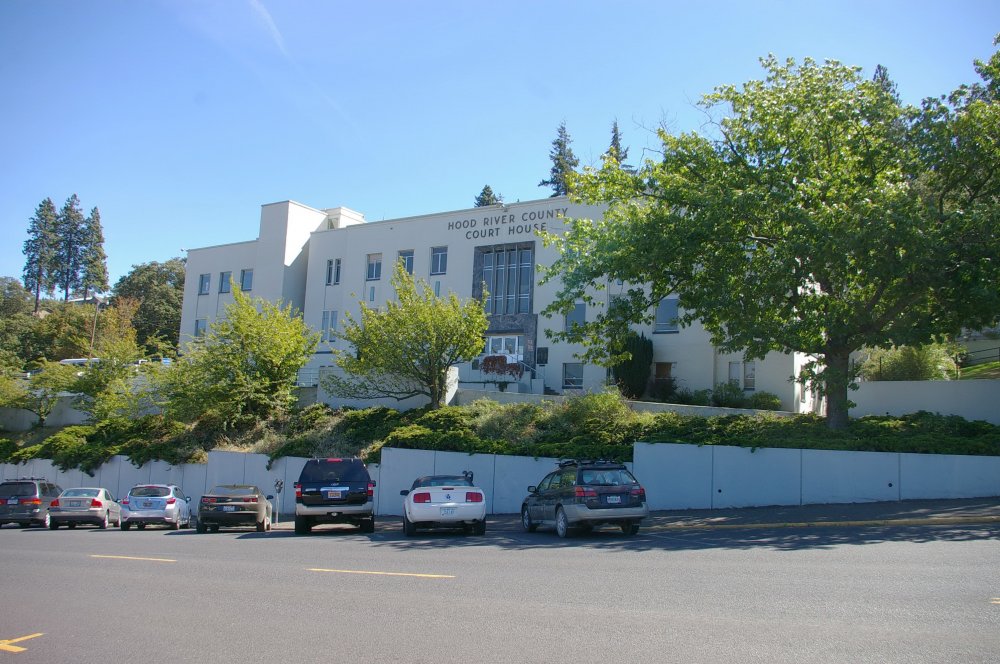 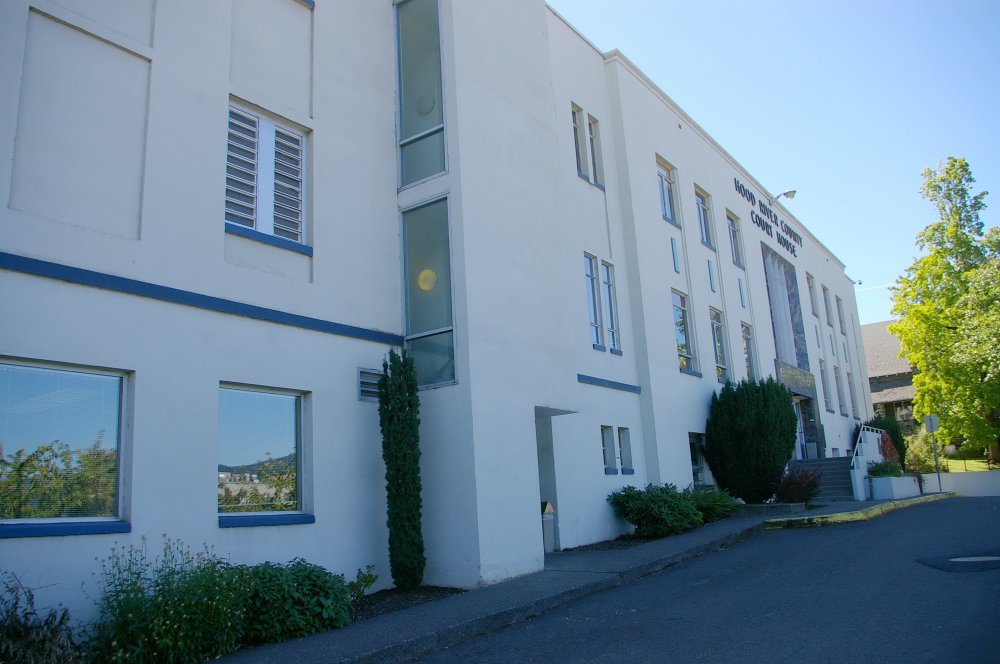 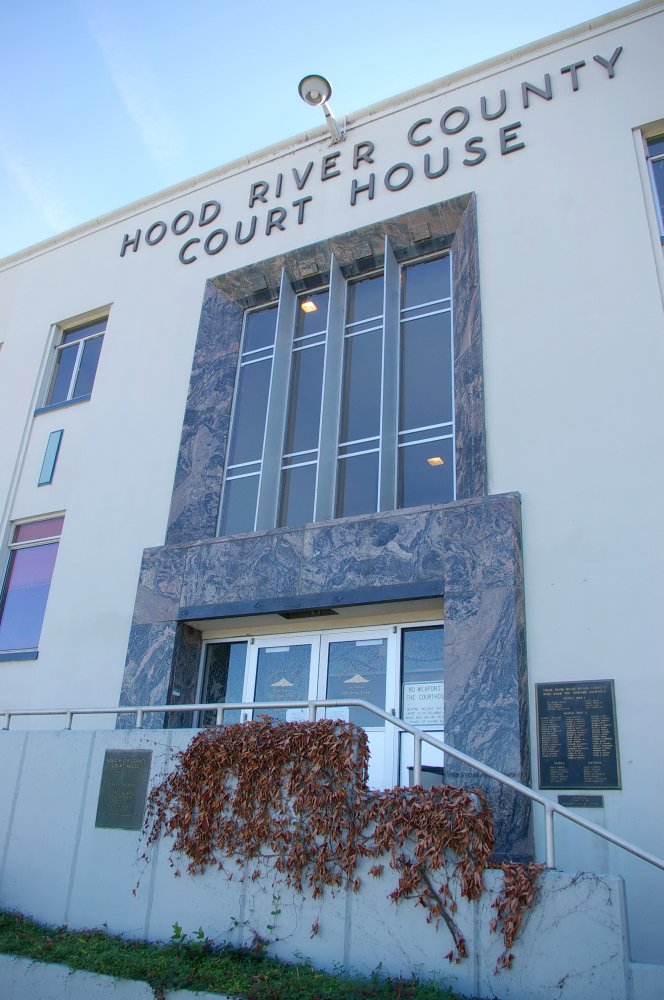 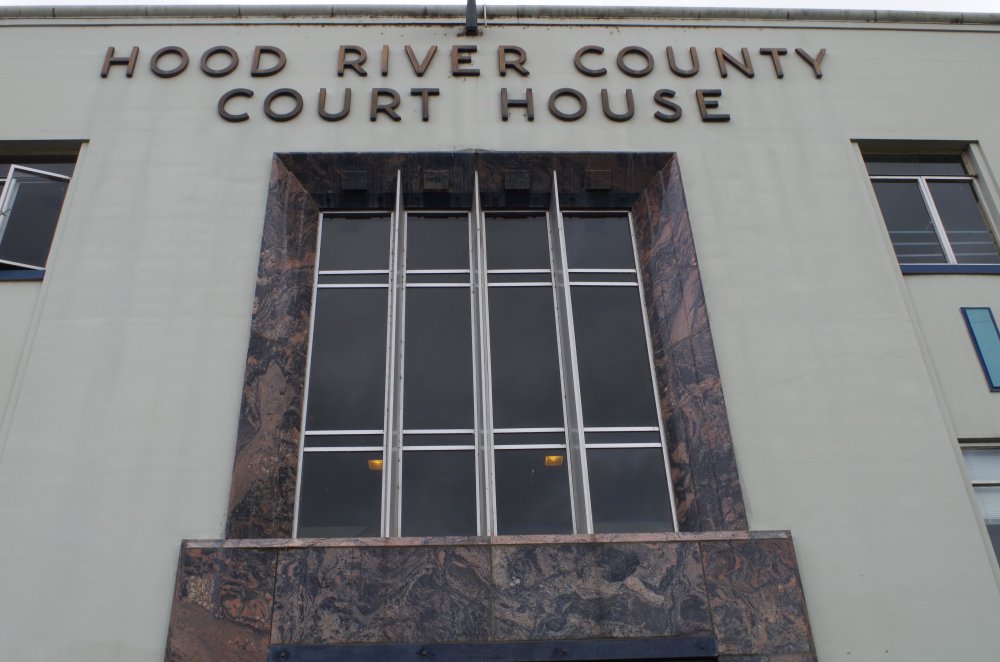 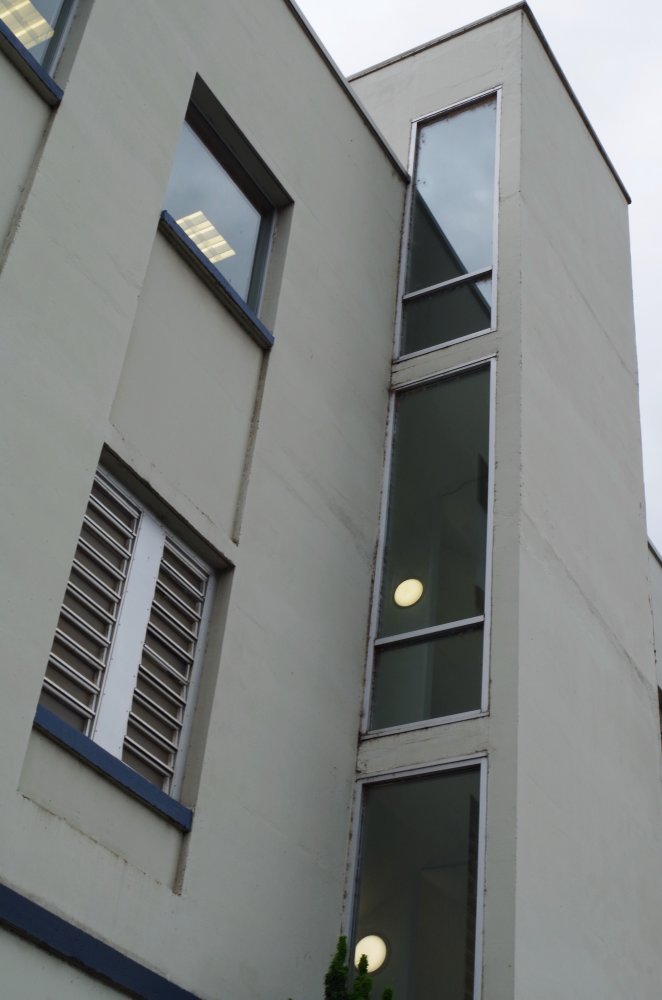 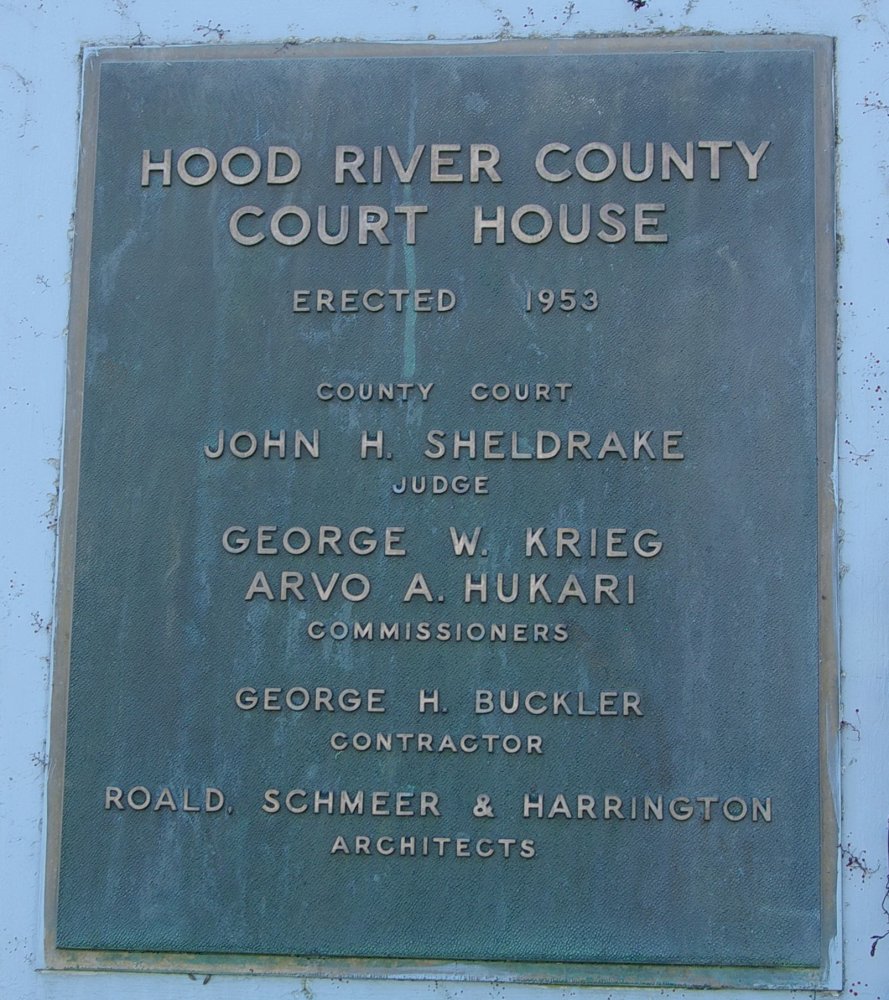 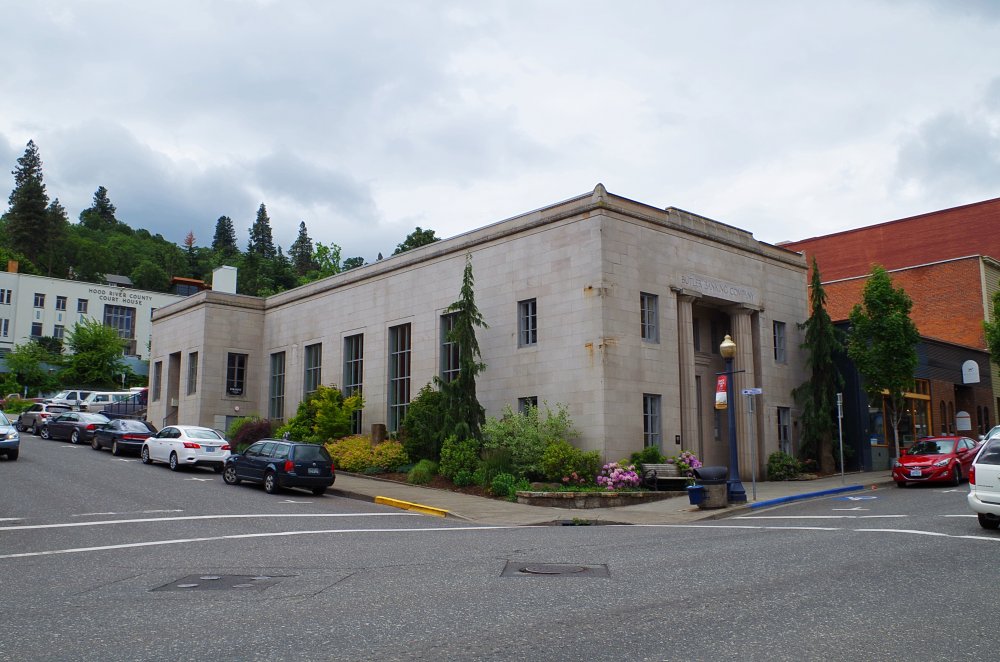 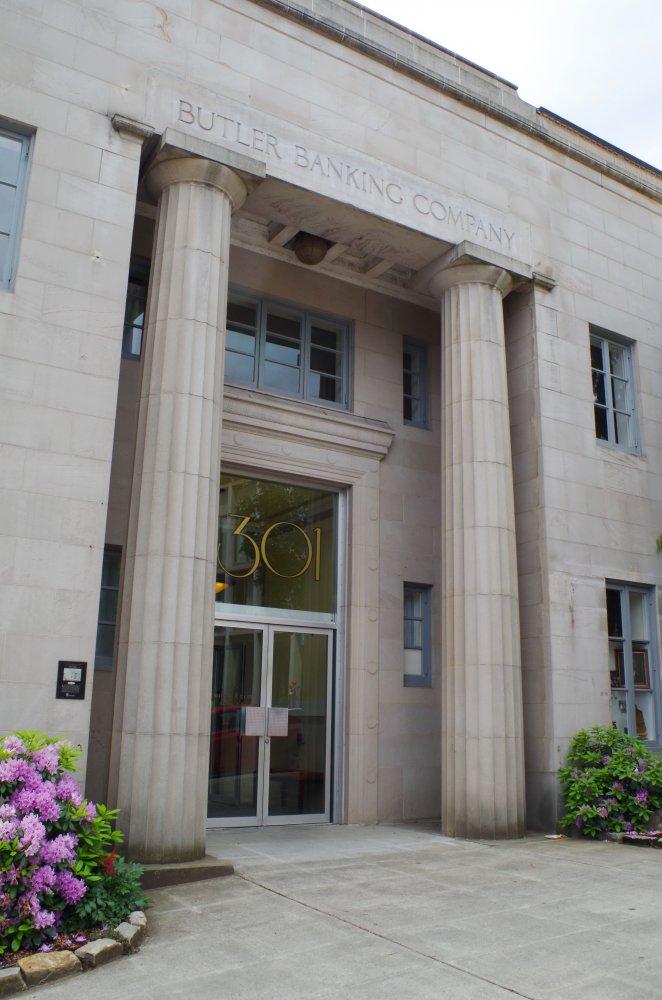