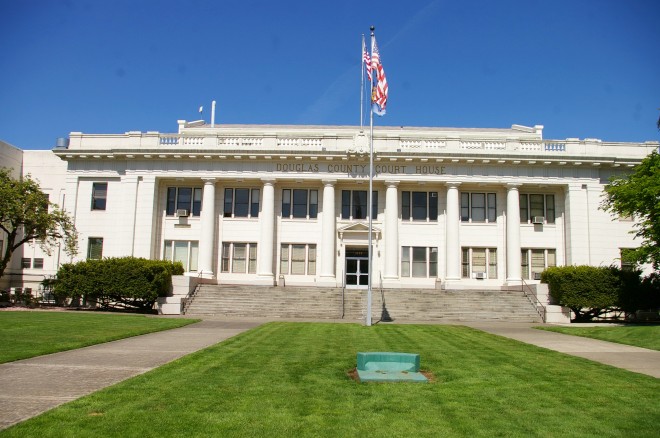 Douglas County is named for Stephen A Douglas, who was Secretary of State in 1840, a Representative to Congress, a United States Senator and a candidate for President in 1860.

Description:  The building faces southwest and is a three story white colored concrete structure. The building is located on landscaped grounds. The southwest front has a wide porch with six columns rising to a wide header with projecting eave and balustrade above. The supervisor was John E Runyan. Additions were added on the west and east sides in 1956. The architect was Lyle F Glenn and the contractor was W H Shields General Construction.. Another addition was constructed in 1977. 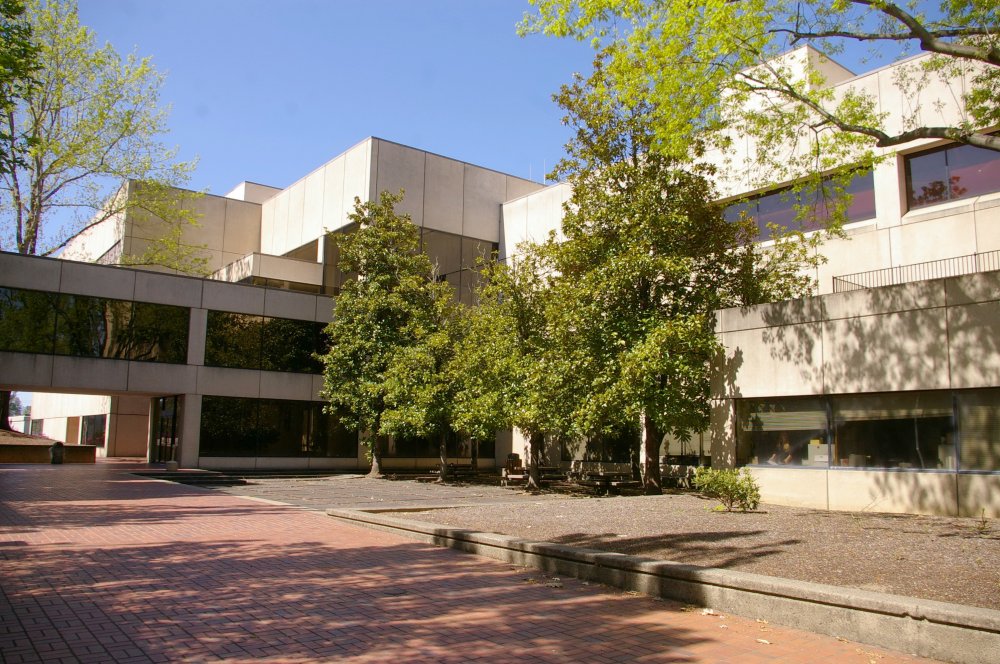 Description:  The building faces southwest and is a four story concrete and glass structure. The building is located on the north side of the courthouse and is connected by a second story bridge with glass panel walls. The windows are horizontal. The roof line is flat. . 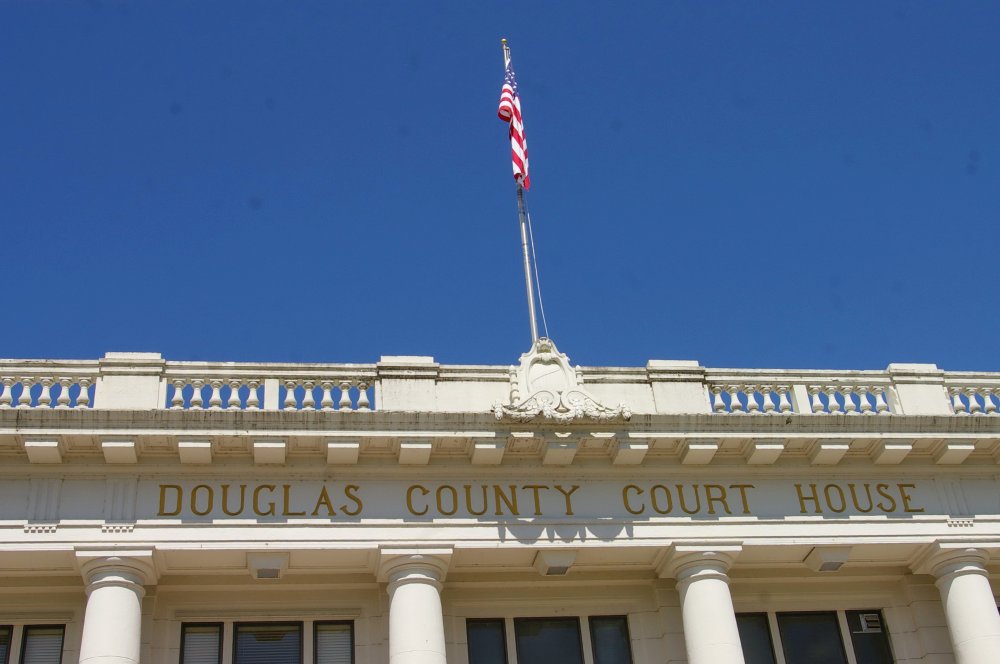 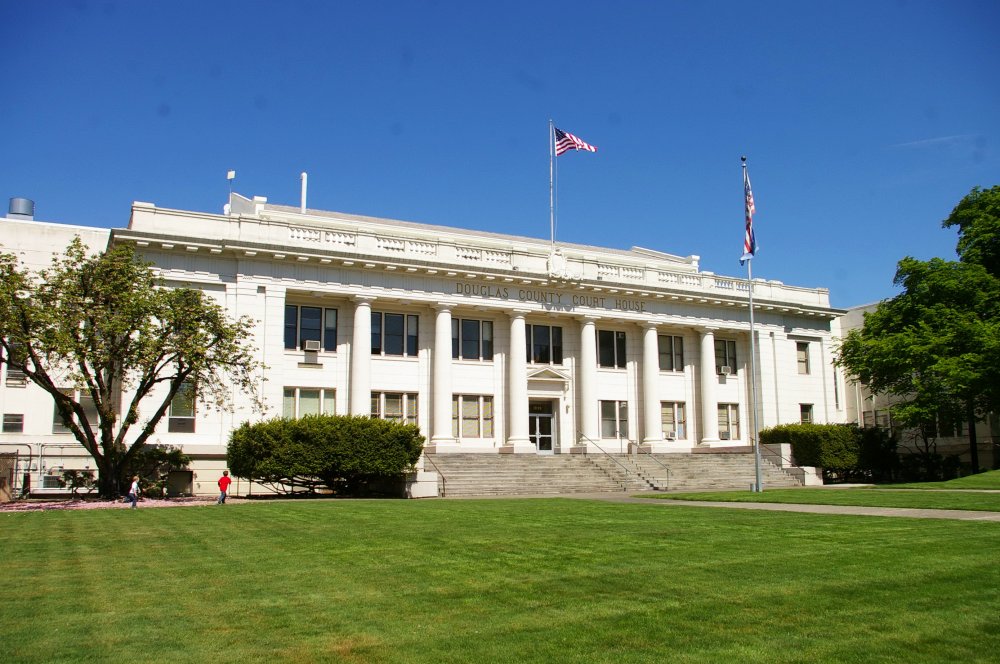 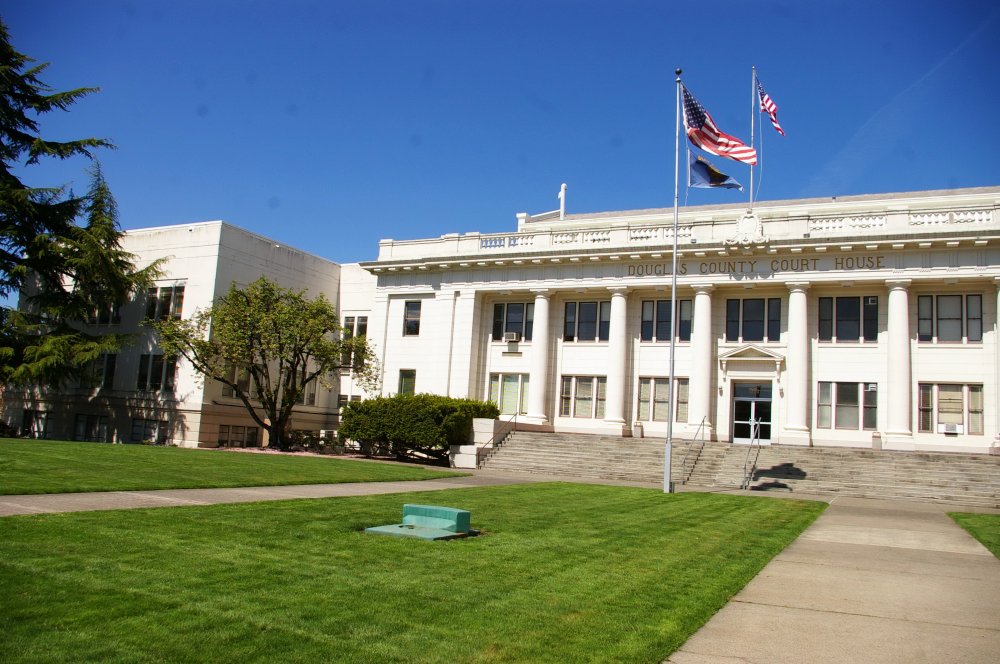 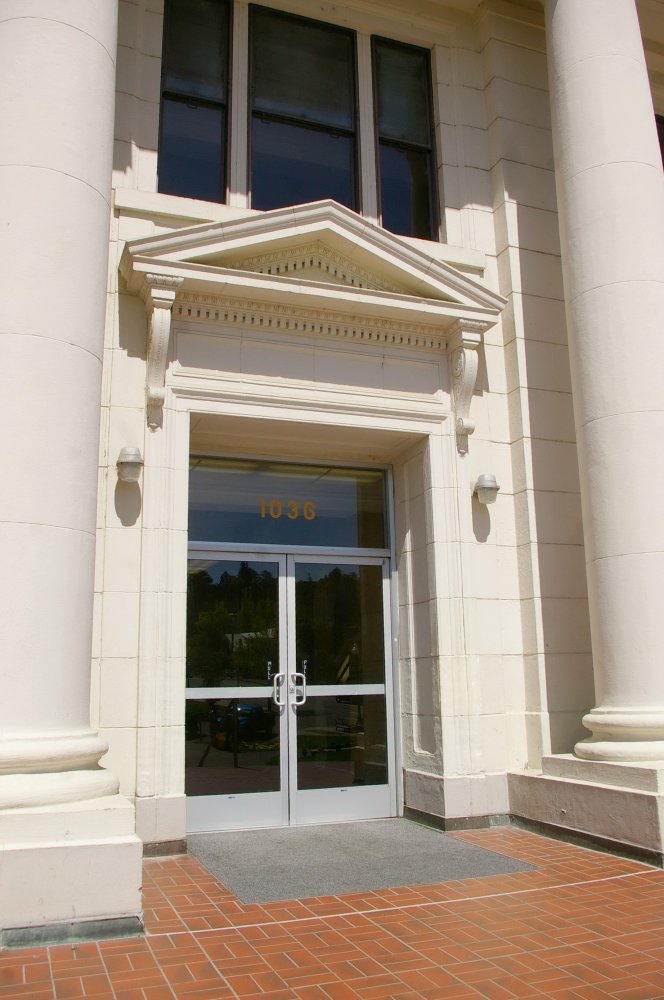 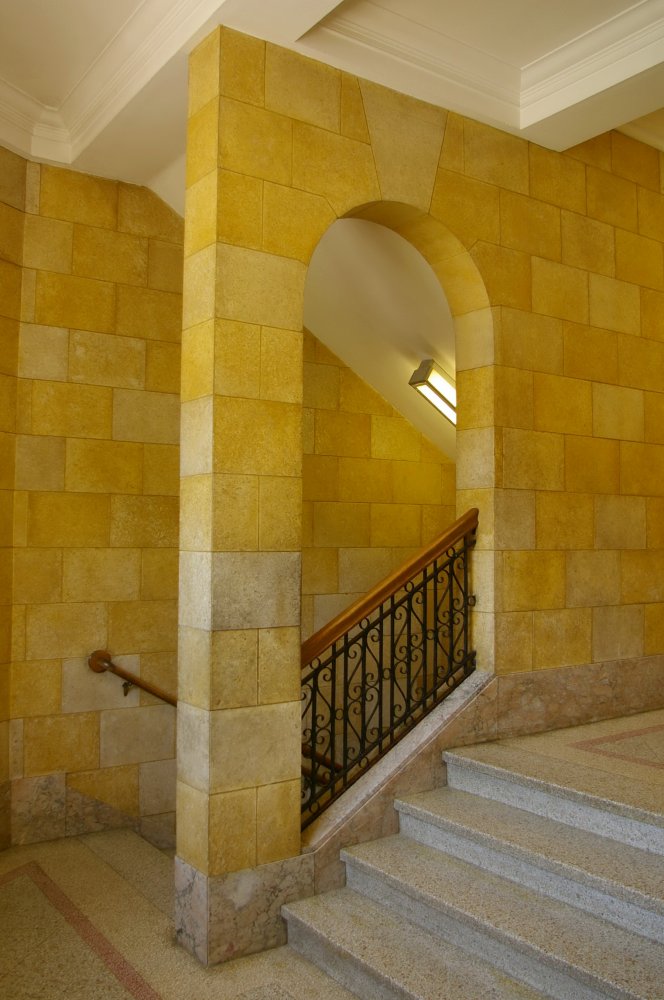 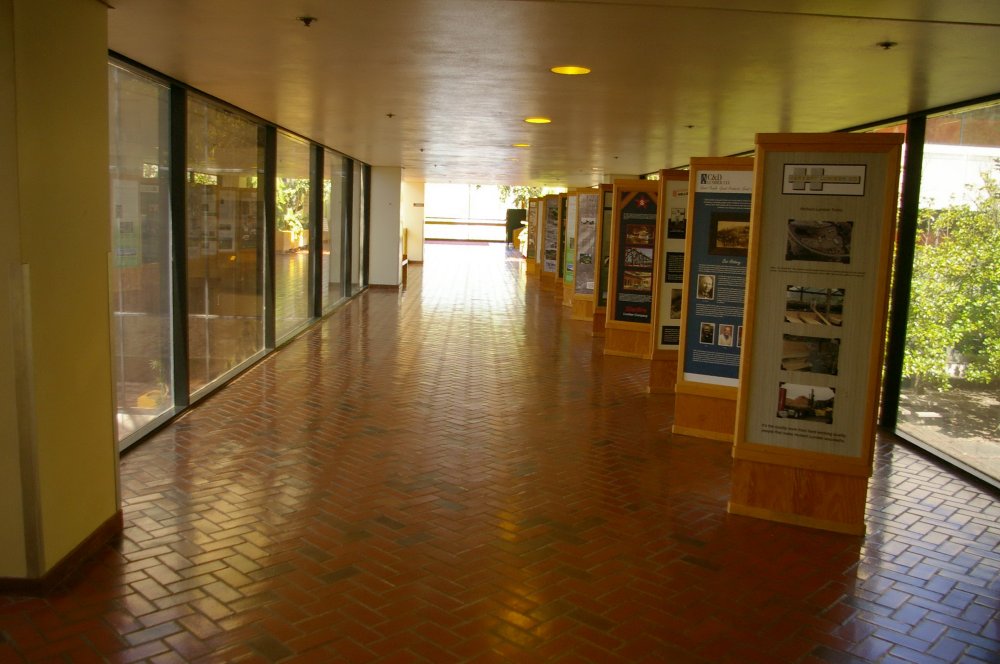 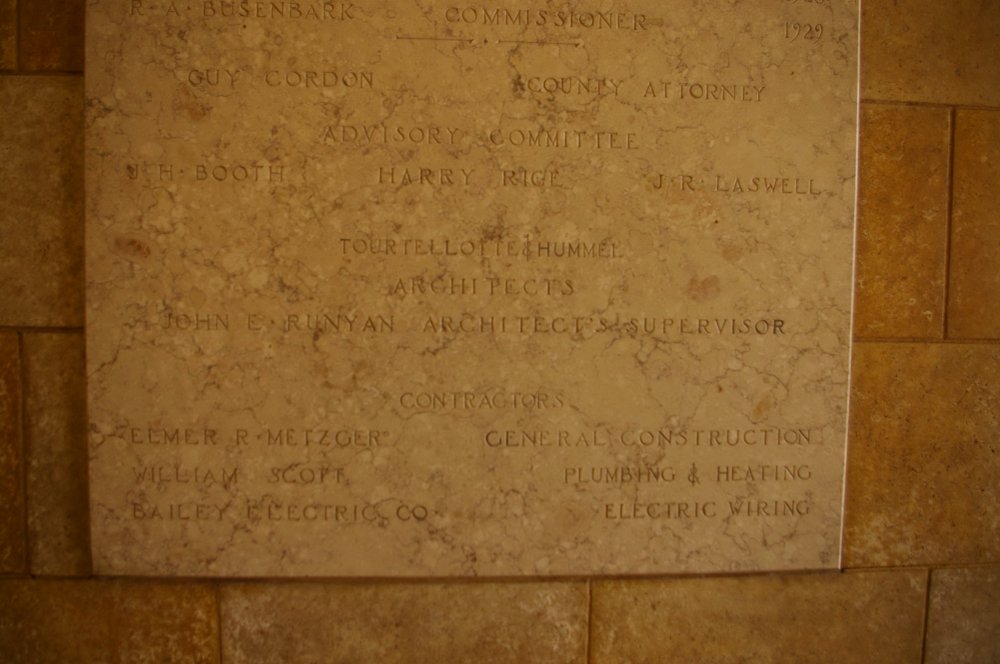 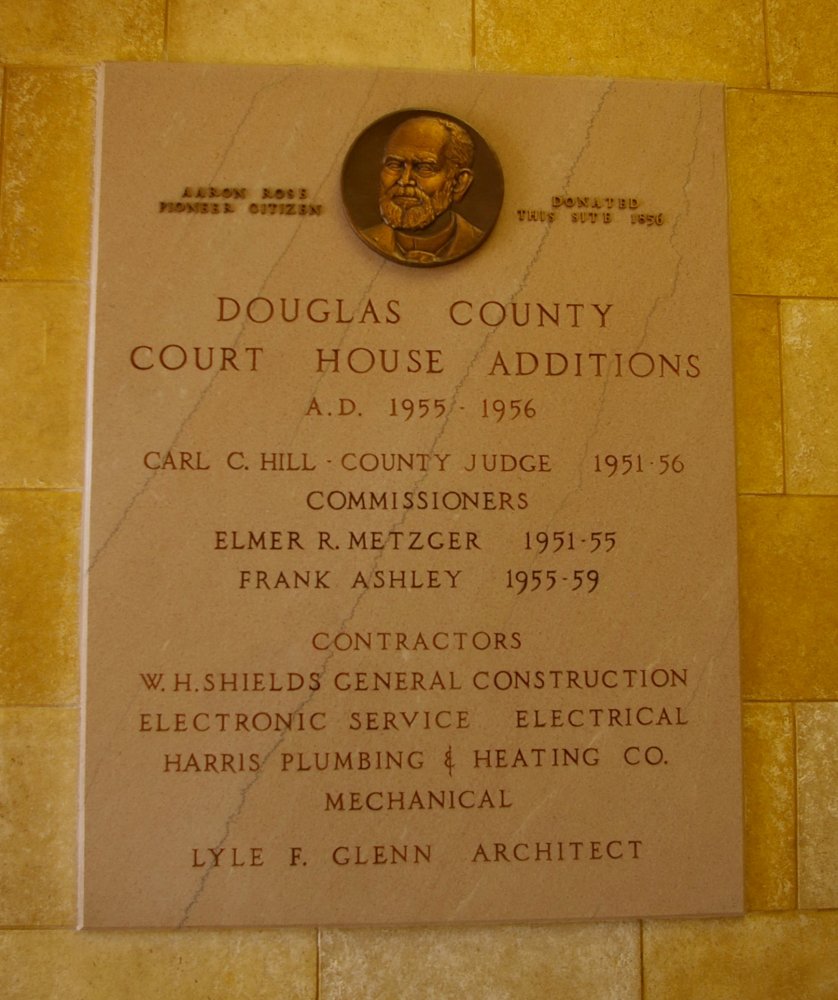 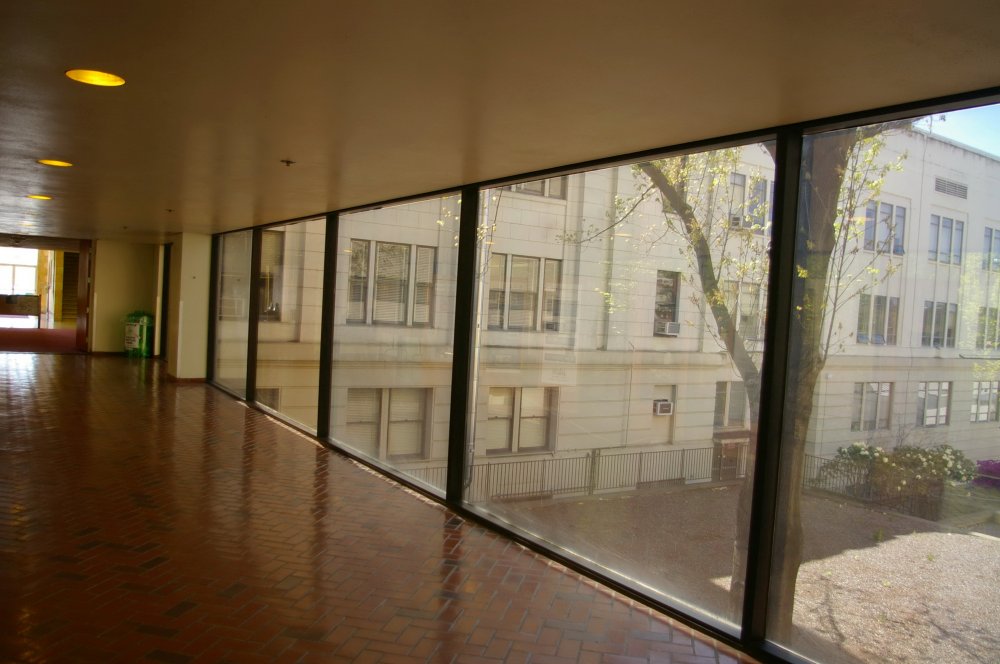