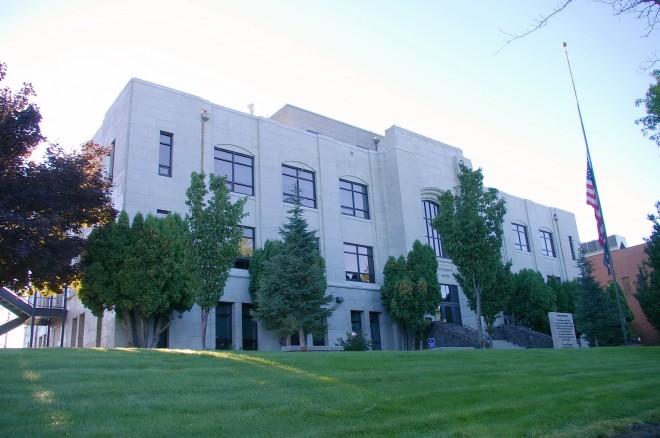 Deschutes County is named for for the French “riviere des chutes” meaning “river of the falls”. 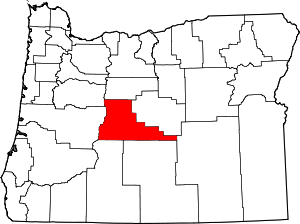 Description:  The building  faces west and is a three story Art Deco style structure. The building is located on landscaped grounds on a rise in the center of Bend. The west front has a projecting center section with the main entrance on the first story and a large window on the second story. The roof line is flat. The building was a Works Project Administration project. 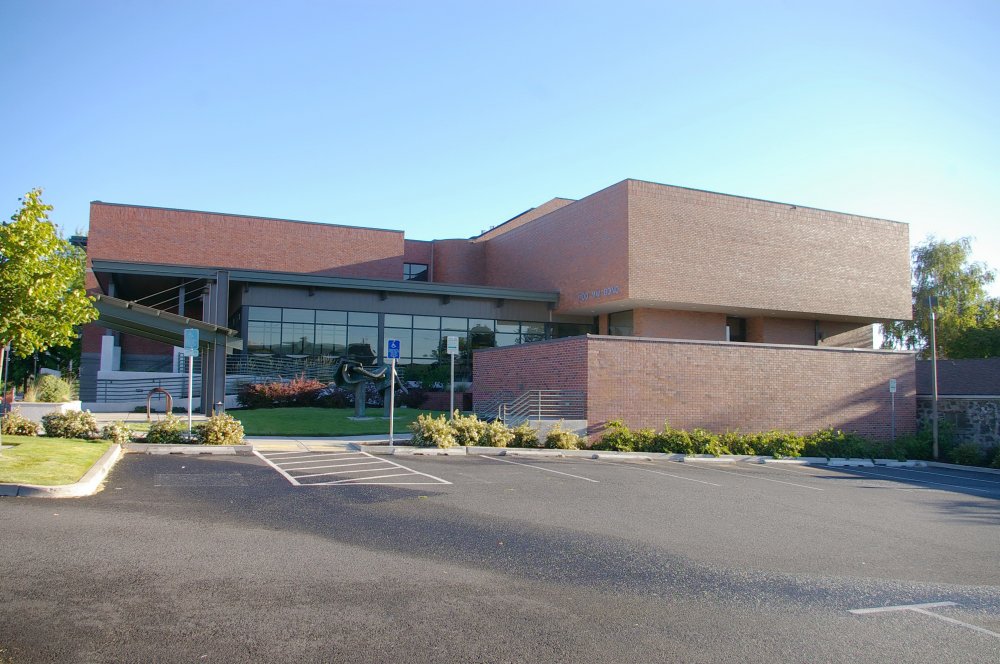 Description:  The building  faces west and is a three story red colored brick, concrete and glass structure. The building is located on landscaped grounds in the center of Bend on the south side of the courthouse. The south front has a one story glass paneled entrance with canopy on the west side. The roof line is flat. The building is connected to the courthouse by a skywalk. In the interior are four courtrooms located on the second story and three of which have large glass skylights. The building houses the County Circuit of the 11th Judicial District. The building was renovated in 2005 and 2012. In 2021 the building was renovated. The architect was Pinnacle Architecture and KMB Architects and the contractor was Kirby Nagelhout Construction Company.

Note:  Plans have been prepared by LRS Architects of Portland for an addition on the south side of the County Justice Building.

Description:  The building  faces west and is a two story brown colored stone and concrete structure. The rectangular shaped building is located on landscaped grounds to the north of the center of Bend. The west front has a projecting center section with projection on story entrance section. There are square shaped windows and the roof line is flat. The court is housed in Building 1. The building houses the County Juvenile Court and is named as the Dennis Maloney Community Justice Center.

Description:  The building  faces northeast and is a two story concrete structure. The building is located in the center of Bend to the south of the courthouse. The building housed the first county offices in 1916 and is named as the O’Kane Building..

History:  The county was created in 1916 and Bend was selected as the county seat. The county had offices in the O’Kane Building at 115 NW Oregon Avenue. In 1917 the offices were moved to a building constructed by the Deschuttes County Investment Company where the court met from 1917 to 1935 as the first courthouse. In 1935, the county purchased the old brick high school as the second courthouse. The building was destroyed by fire in 1937. The third courthouse and present was comstructed in 1939 to 1940. The County Justice Building was constricted in 1977 to 1978. 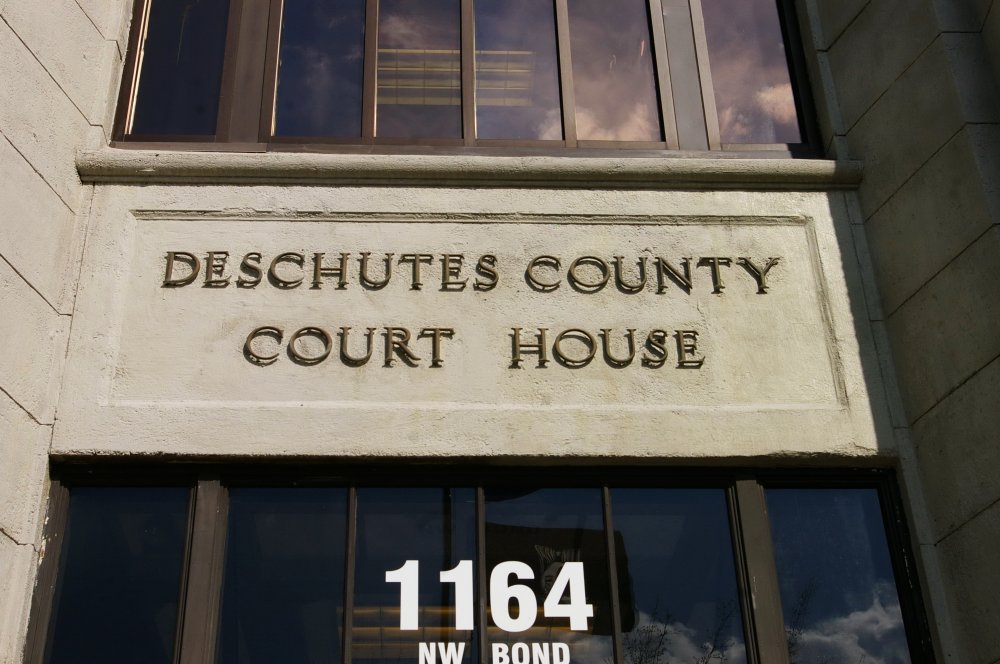 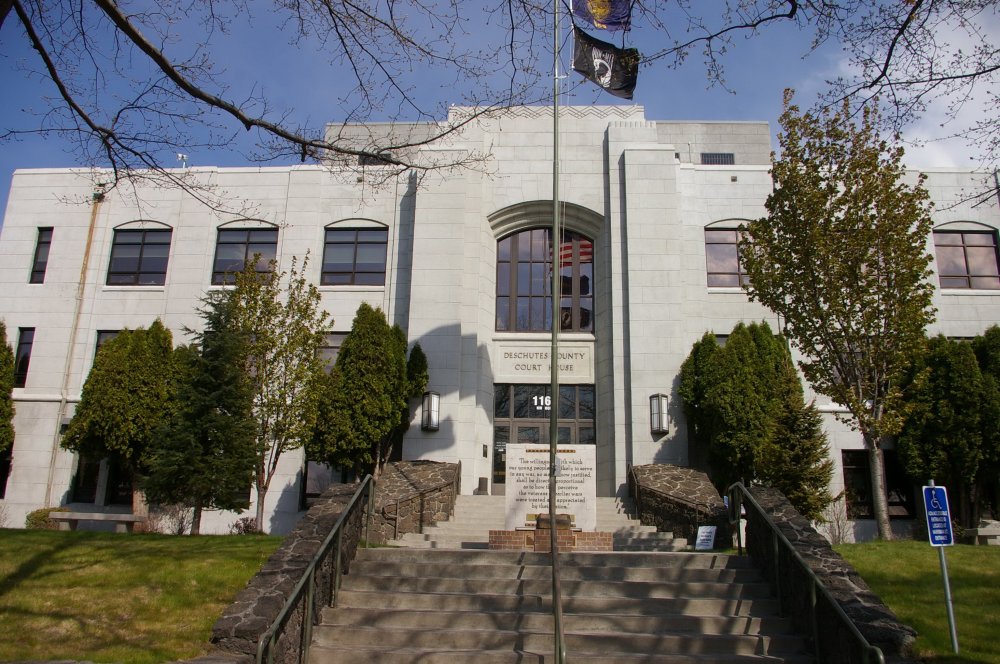 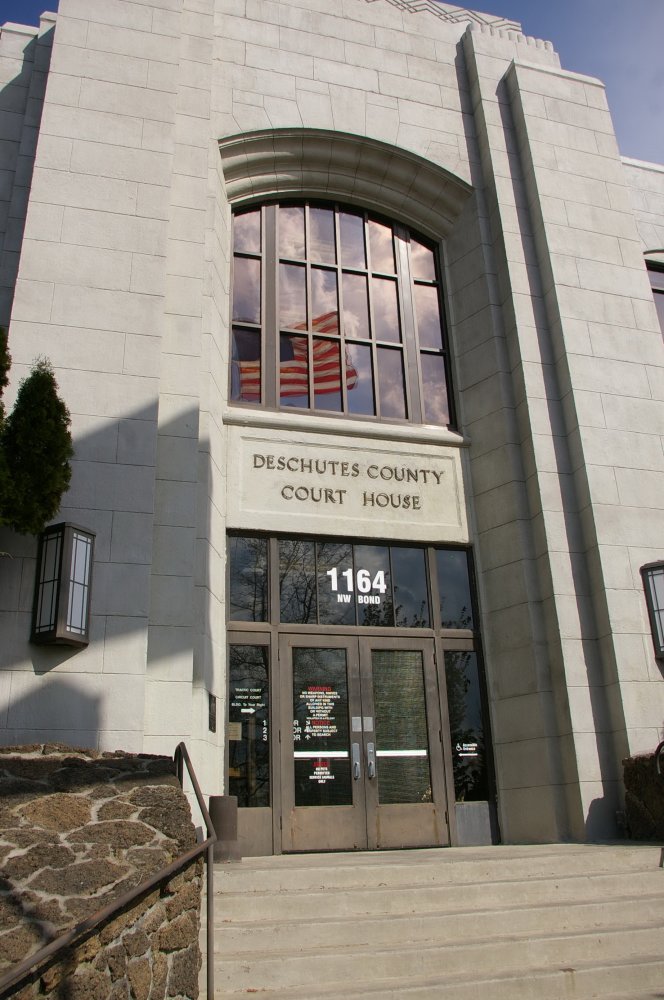 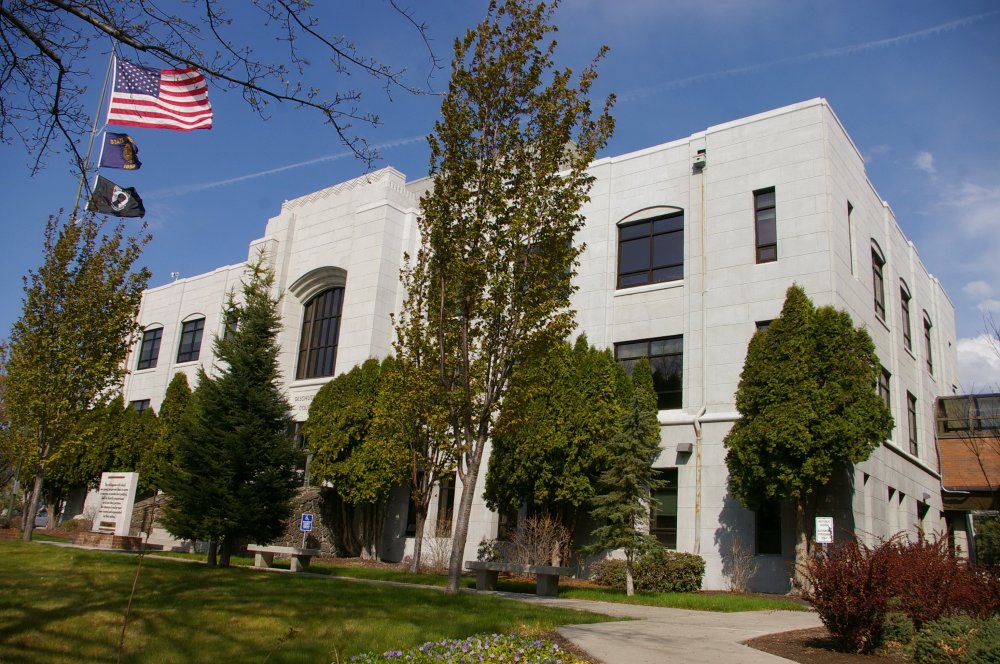 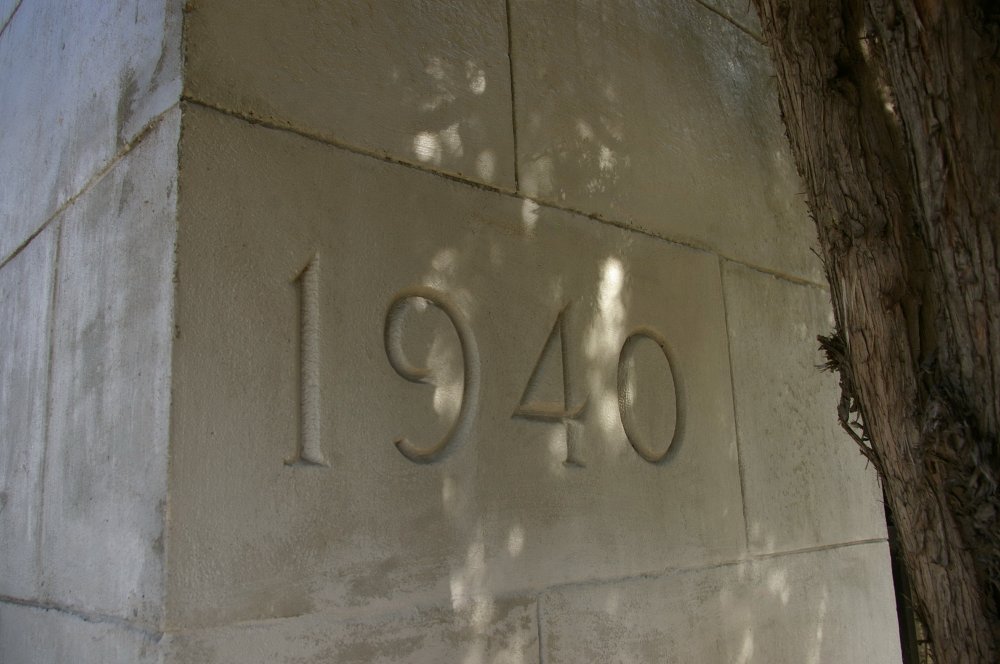 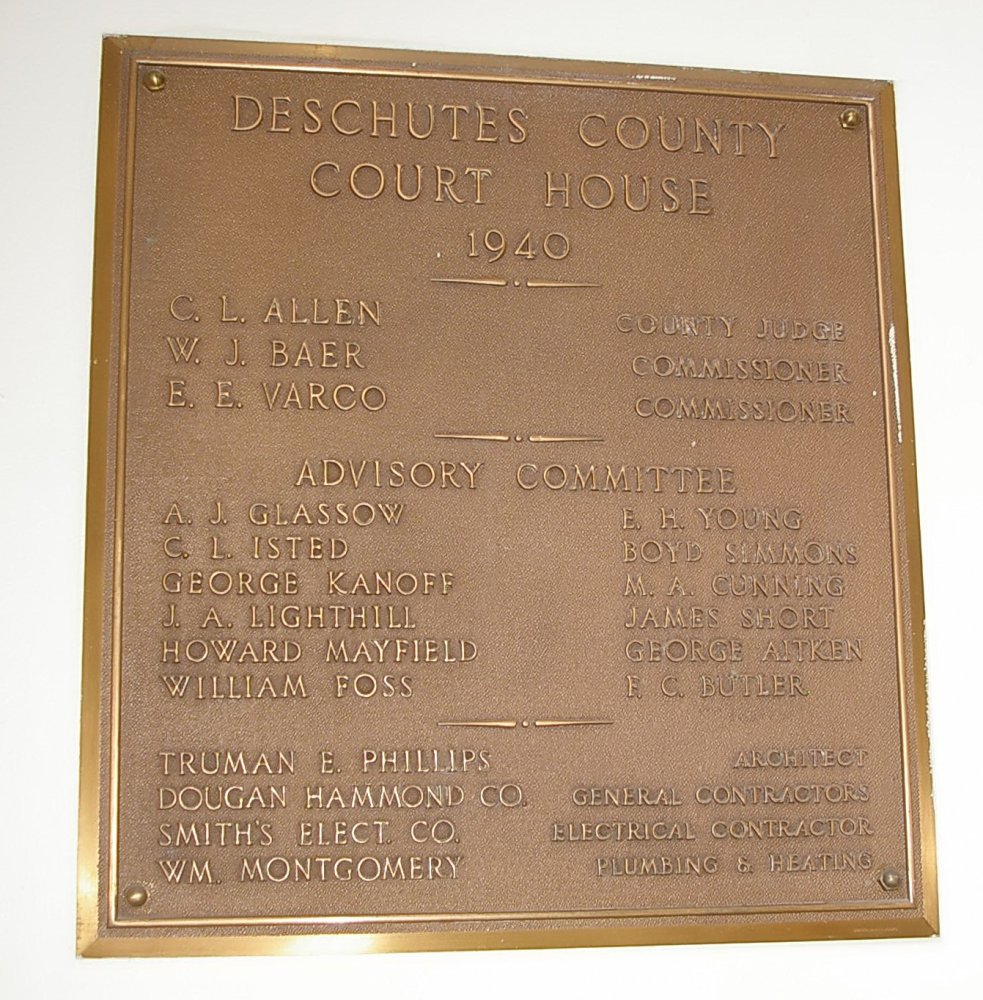 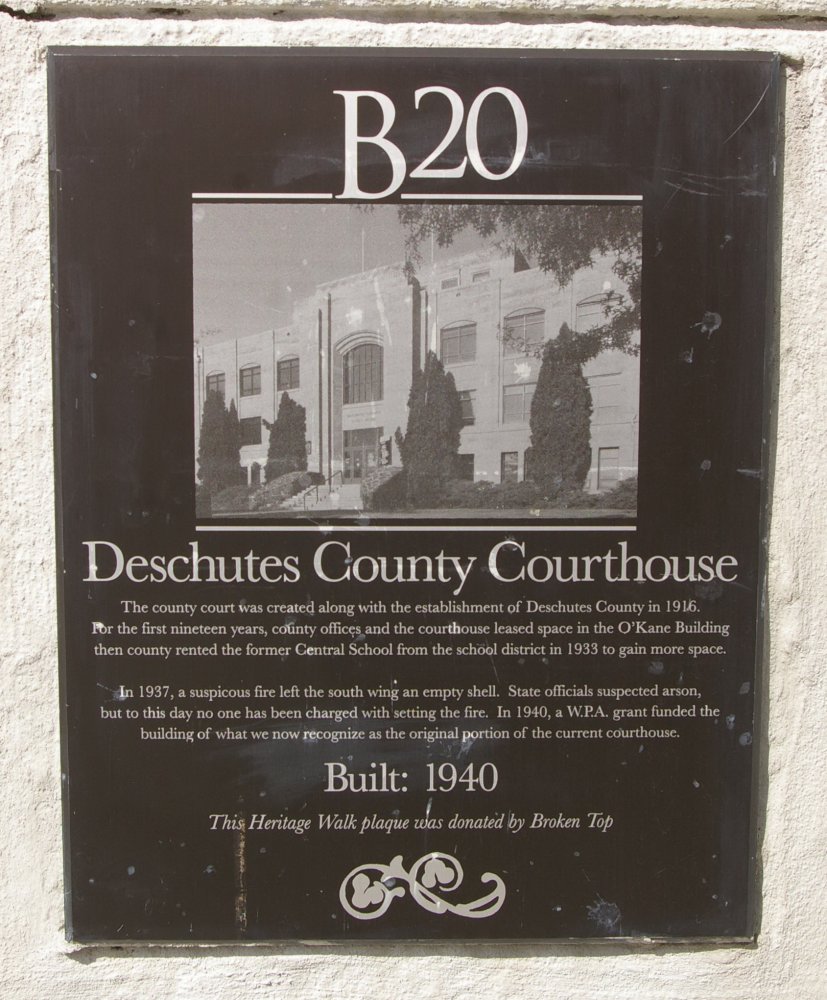 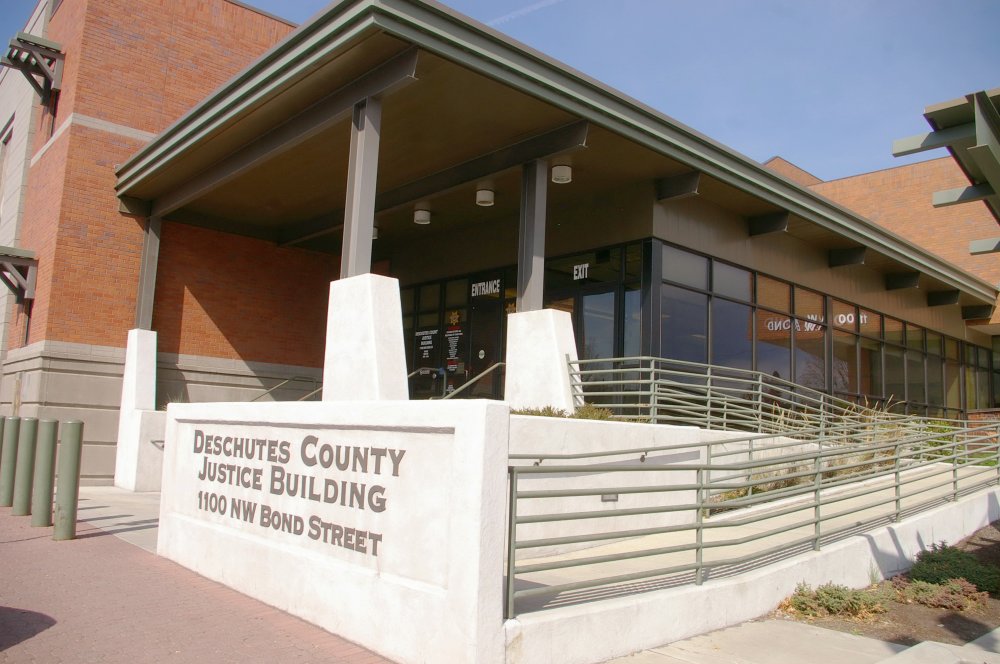 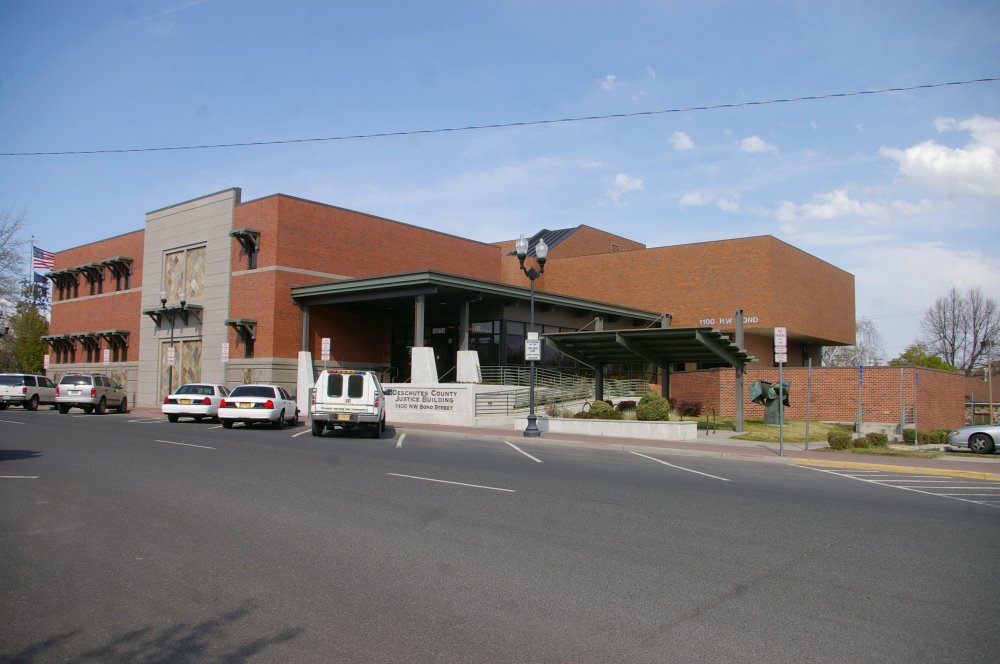 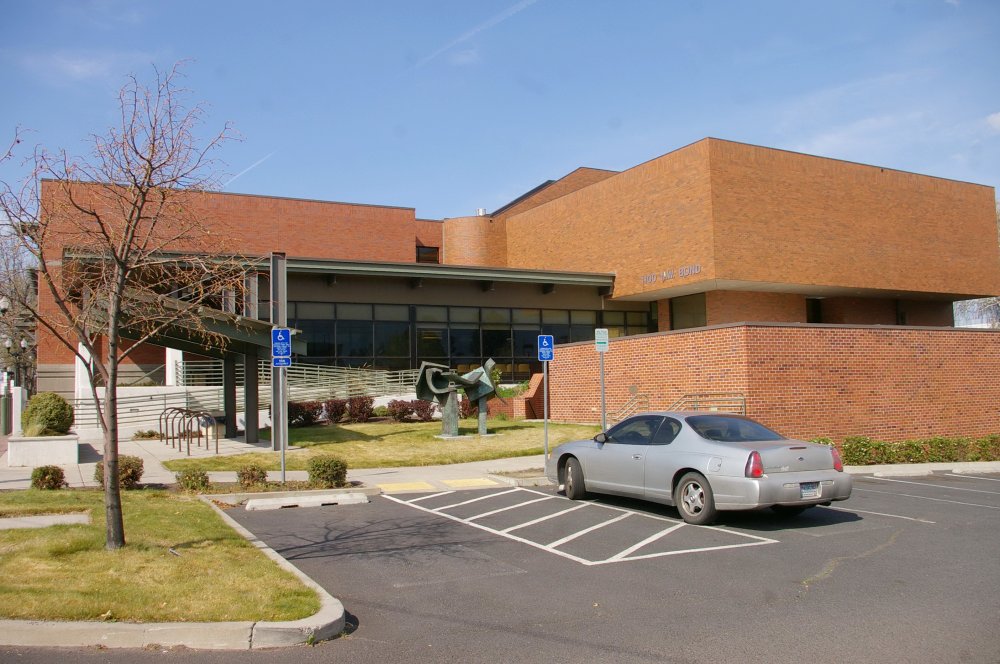 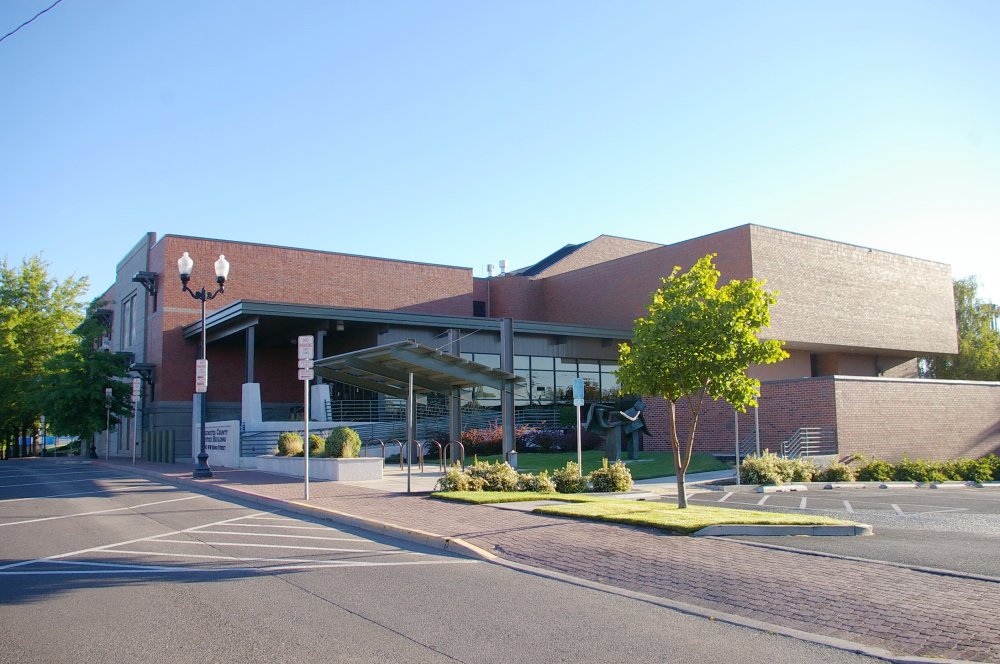 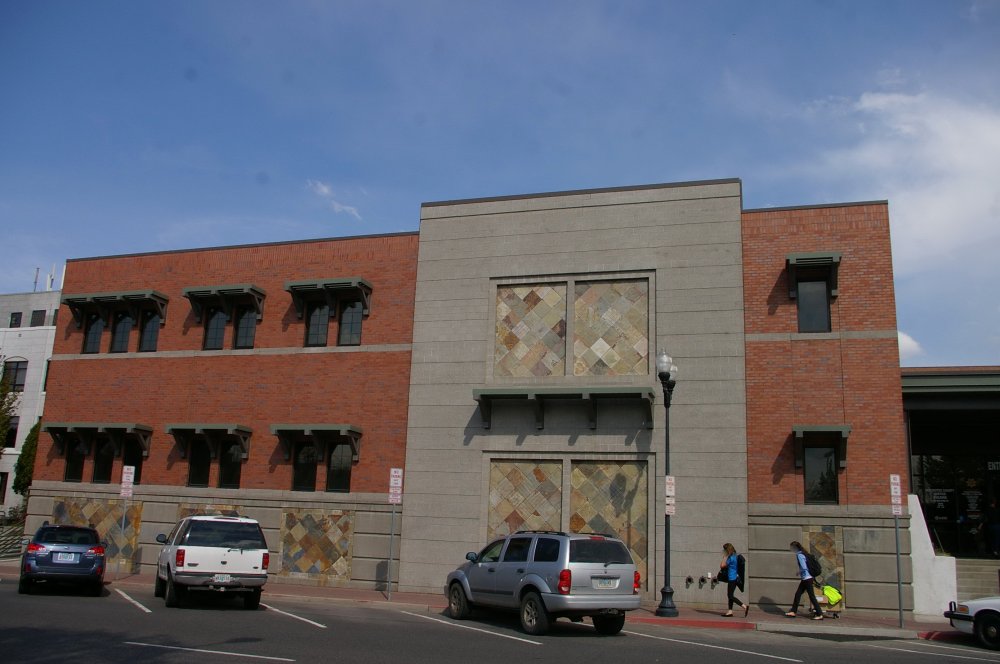