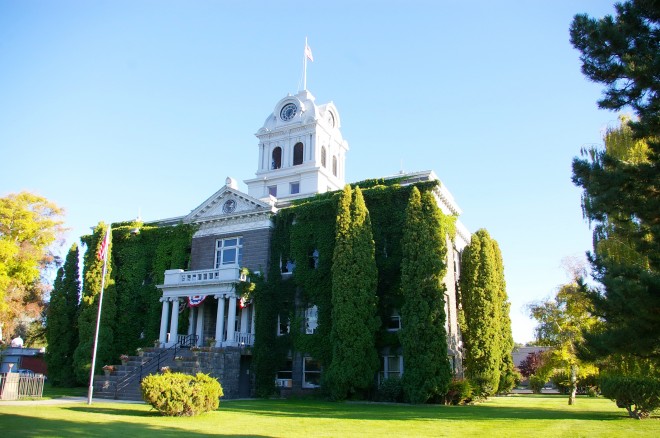 Crook County is named for George Crook, who was a United States Army officer who served in the American Civil War and the Indian Wars.

Description:  The building  faces north and is a two story native blue-gray colored stone and concrete structure. The building is located on landscaped grounds in the center of Prineville. The building is built of basalt quarried from a site located just west of the Ochoco Viewpoint, a mile to the west. The north front has a porch located at the center supported by four white colored columns and with a balcony on the second story. Above is a pediment at the roof line. On the center of the roof is a large square white colored cupola with clock at the top. In the interior, there are wooden stairs and on the floor, a map of the county. The building houses the County Circuit of the 22nd Judicial District. The architect was Walter D Pugh of Salem and the contractor was John B Shipp. The building was remodeled in 1941. In 1989 to 1990 repairs were completed after a wind storm. On the north side of the building is the County Courthouse Annex. 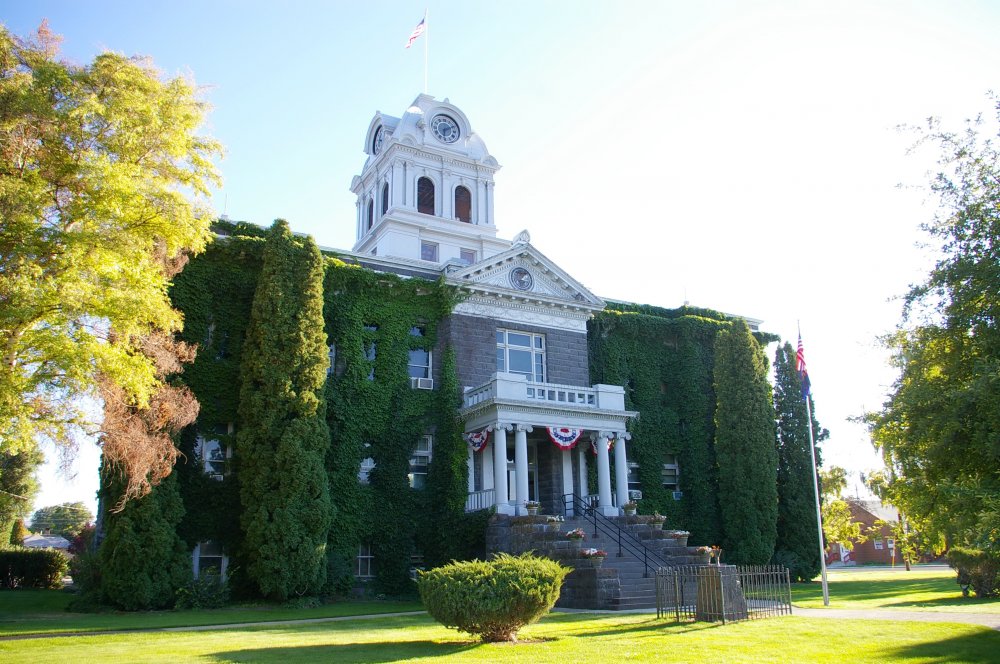 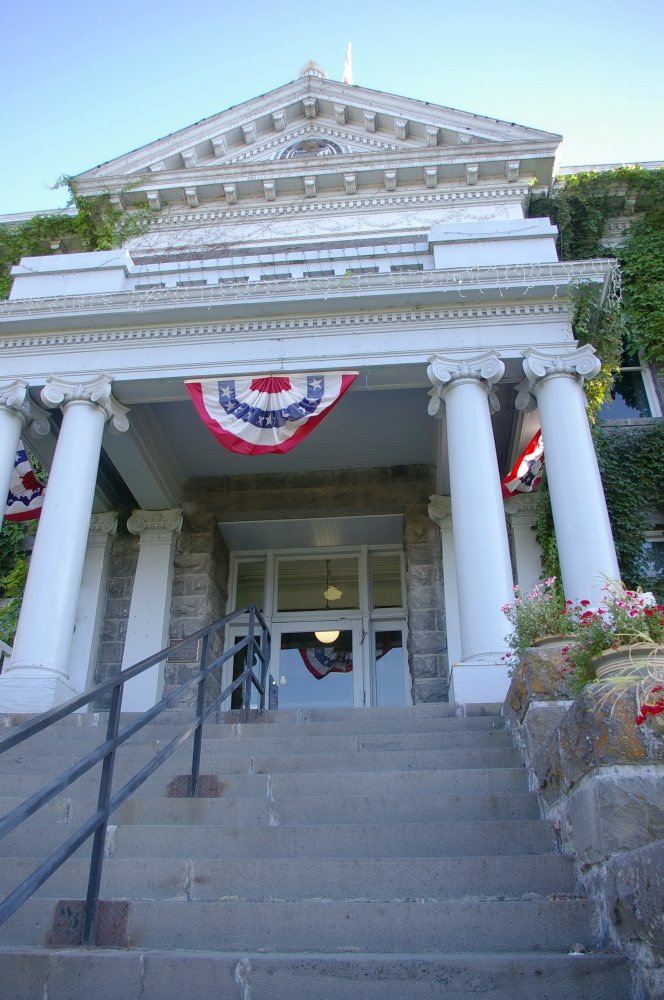 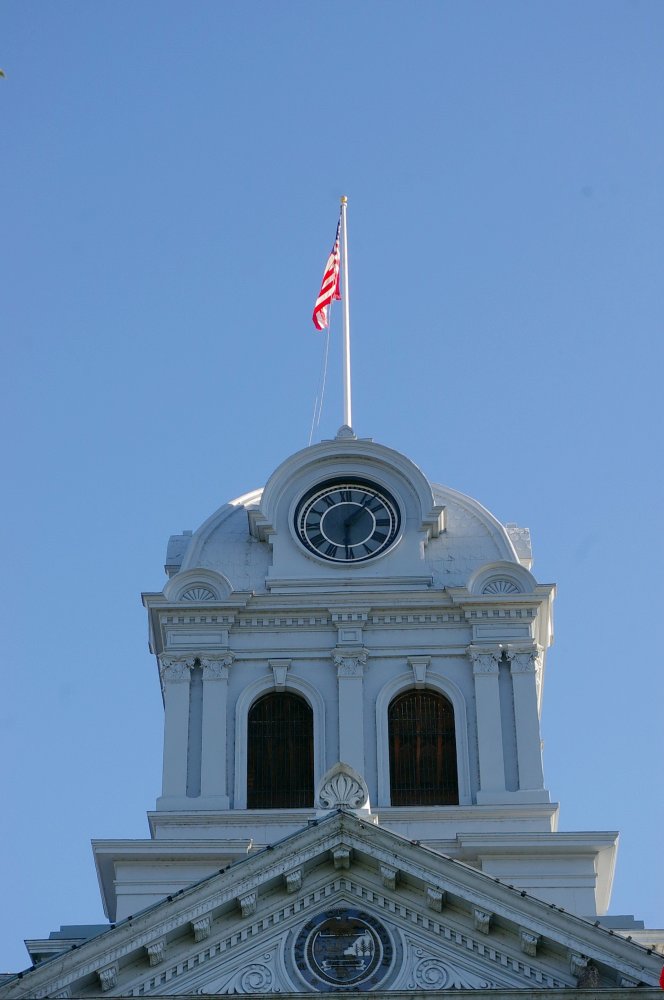 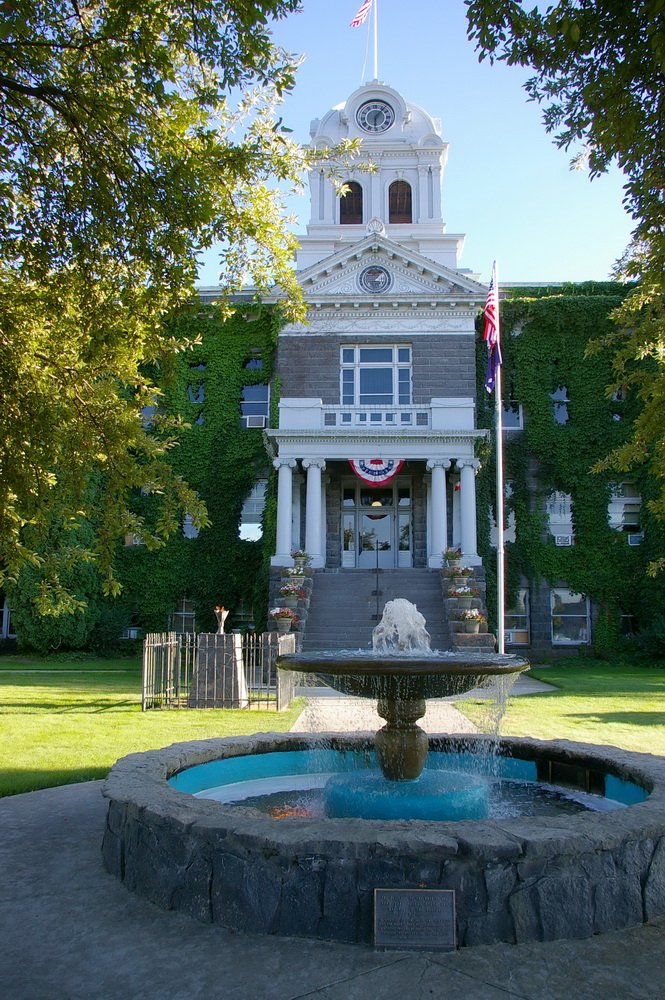 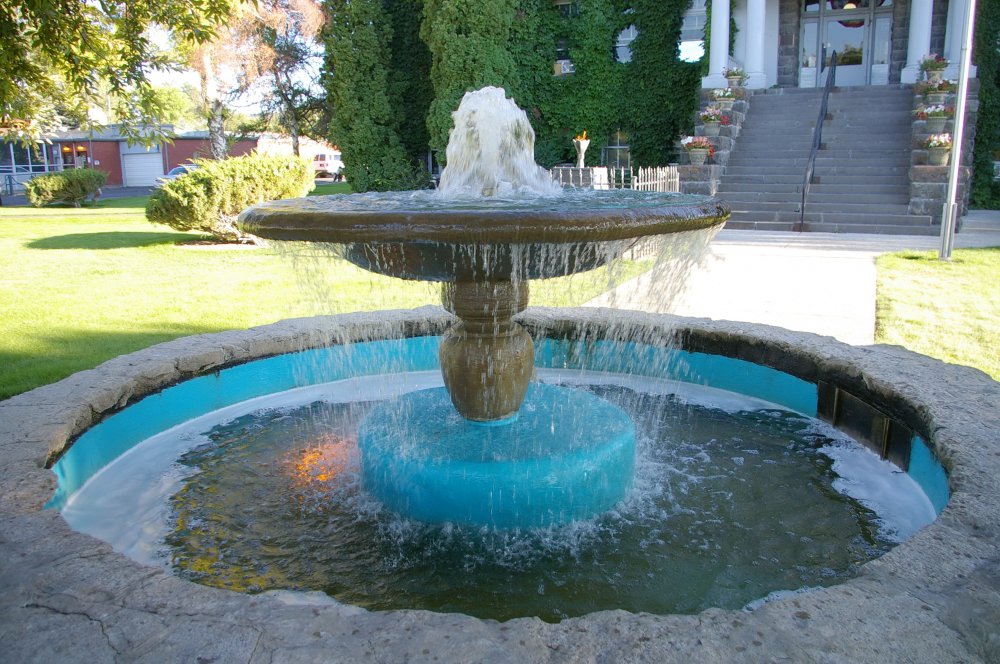 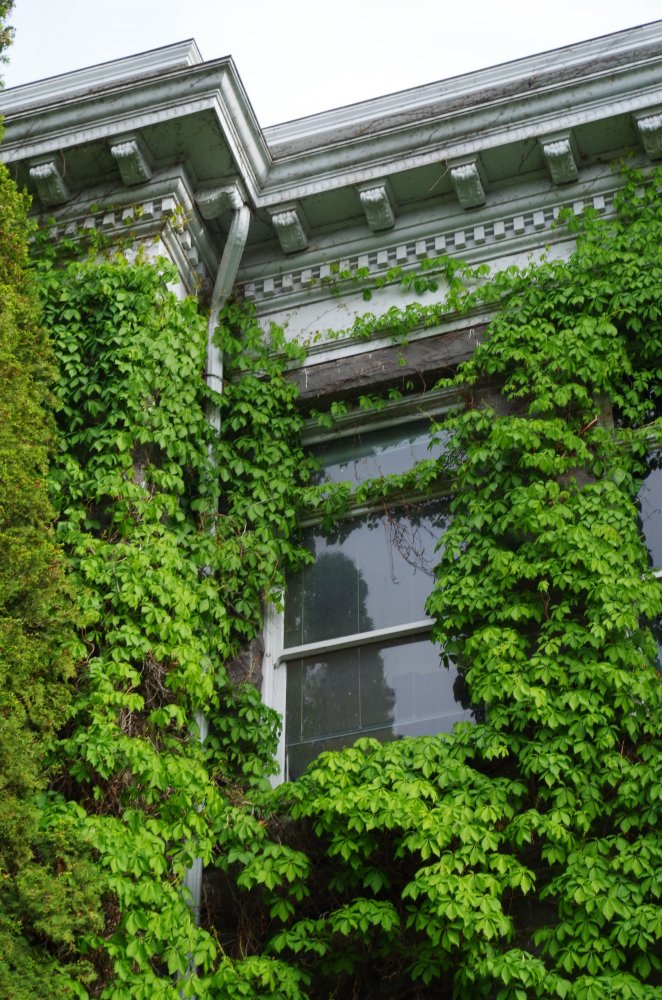