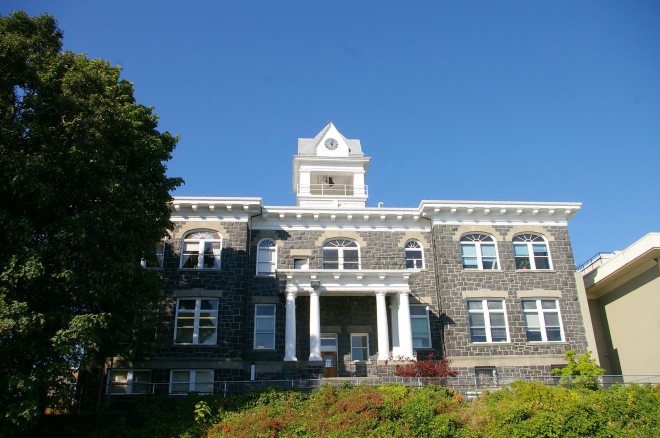 Columbia County is named for the Columbia River, which is named after Christopher Columbus. 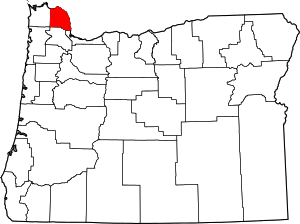 Contractor:  Fred A. Erixon of Albany

Description:  The building  faces west and is a two story rock, stone and concrete structure. The building is located on landscaped grounds in the center of Saint Helens along the west bank of the Columbia River and on the east side, the building overlooks the Columbia River. Constructed with basalt lava rock, the building forms an “H” shape with porticoes on the center of the west and east sides. Each portico has four white colored columns rising to a balcony on the second story. There is a wide cornice along the roof line. On the center of the building is a large square white colored bell tower with steep roof and clock. The bell tower was added in 1911. The courtroom is located on the second story. 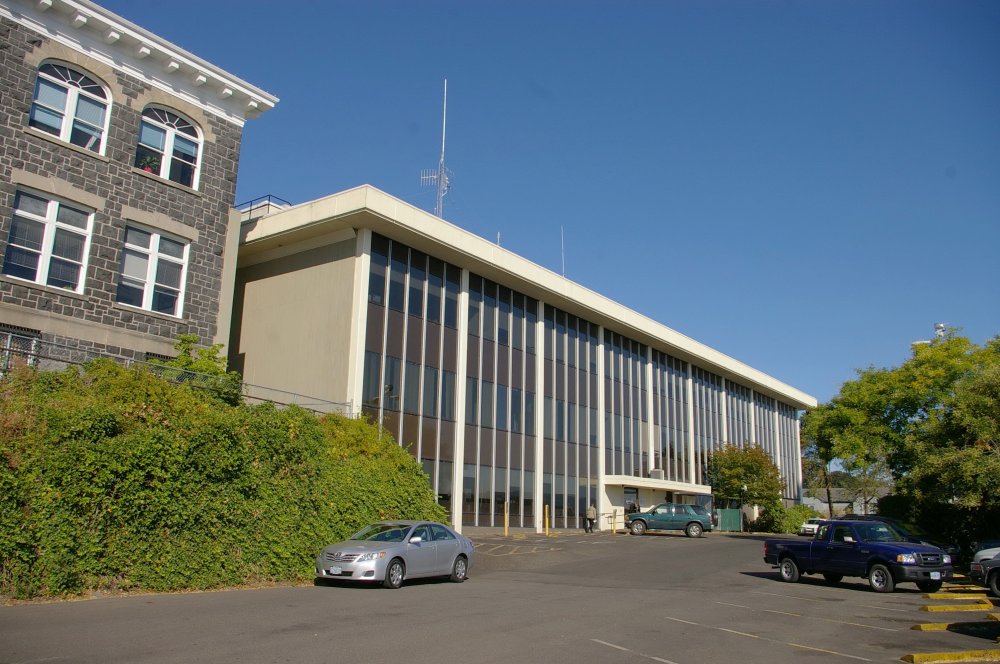 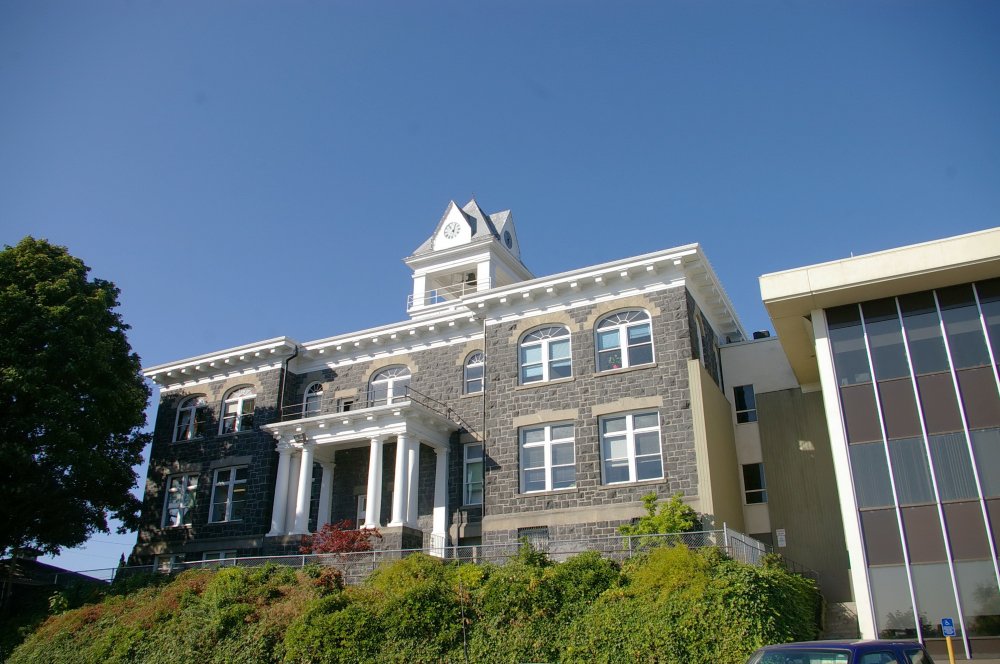 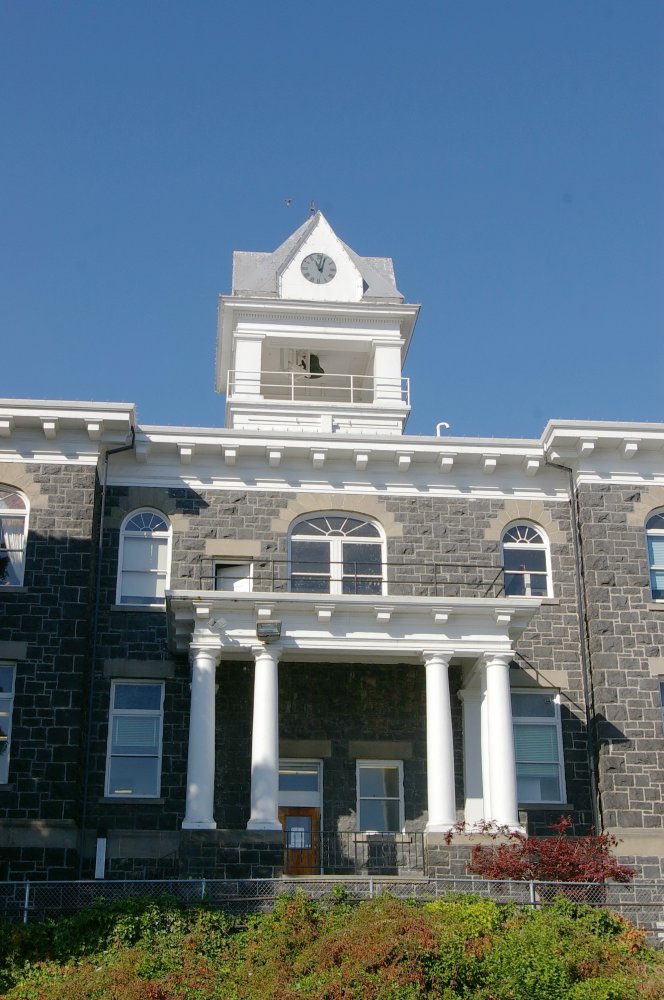 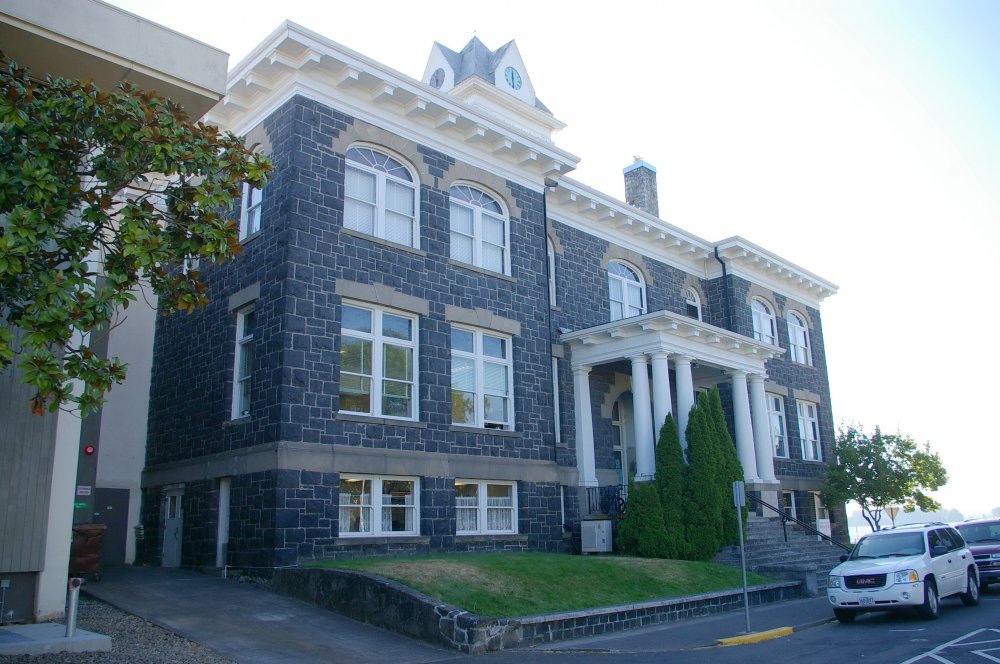 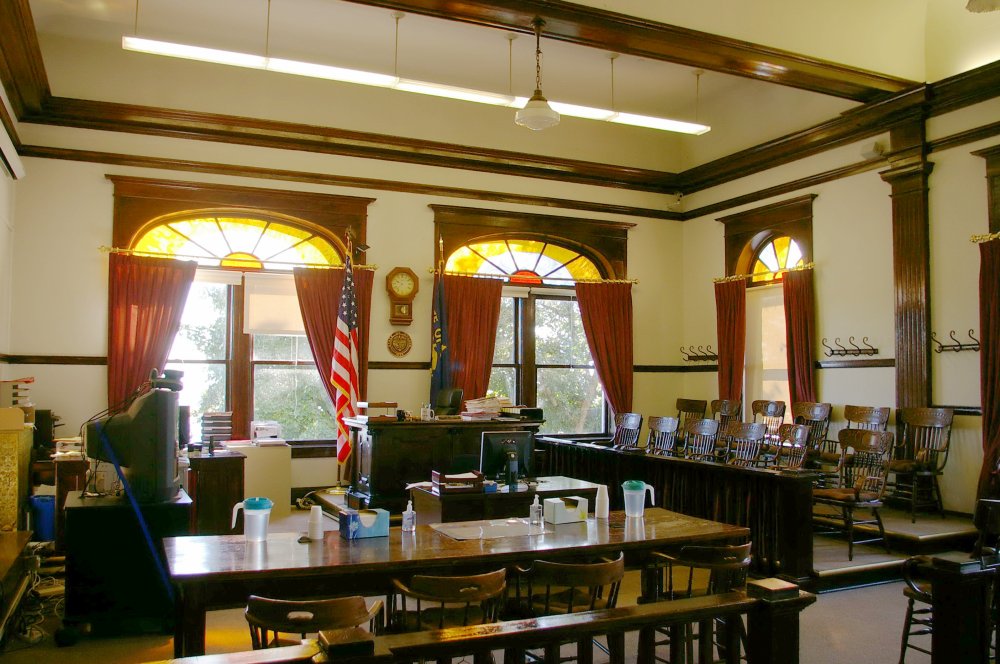 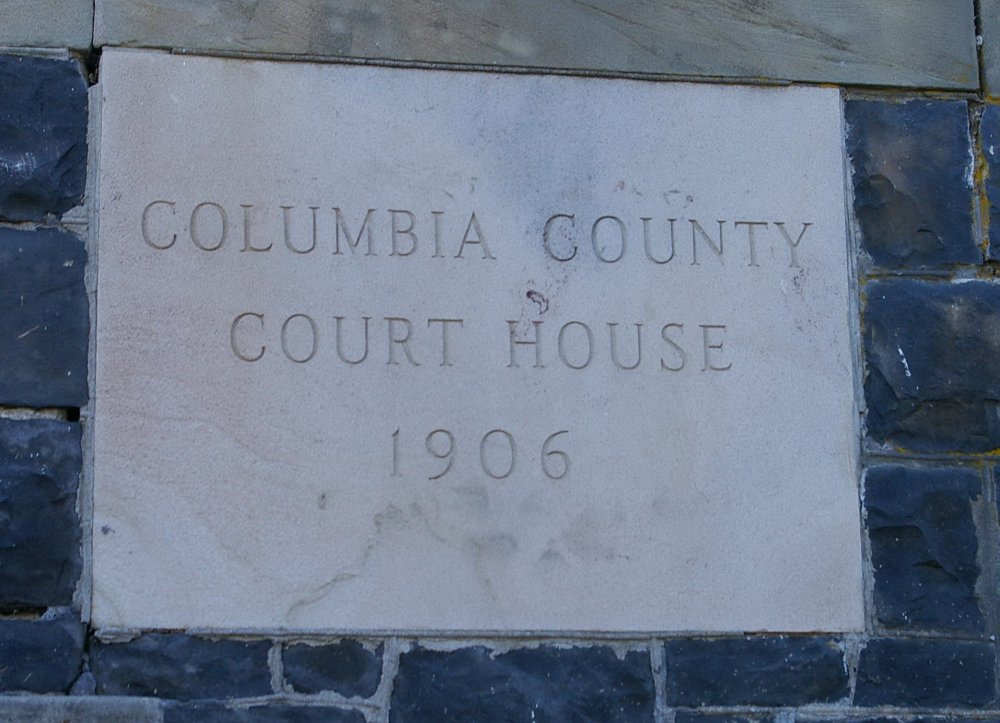 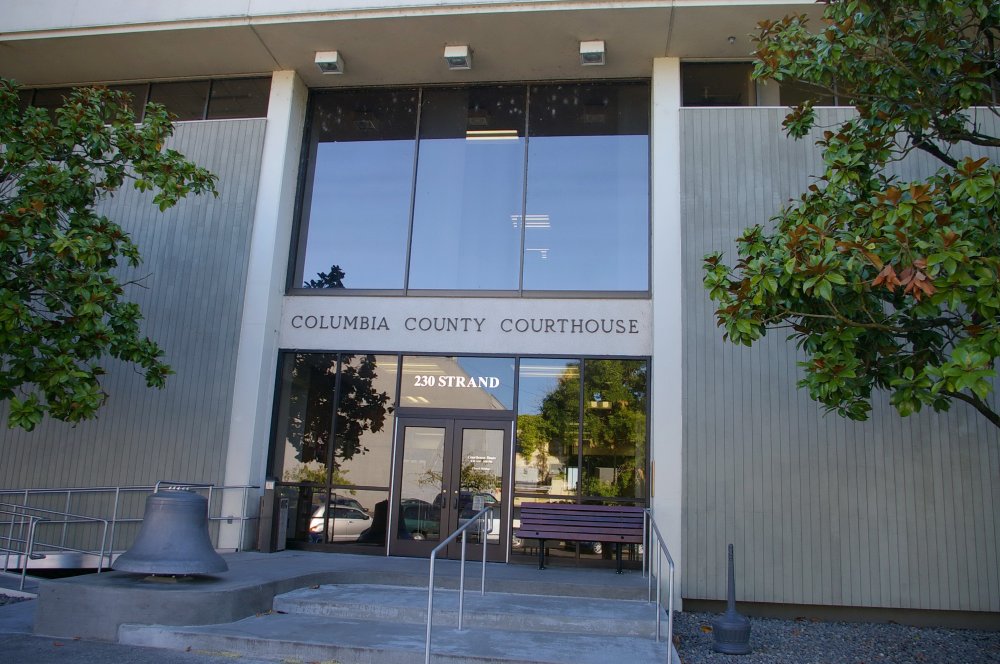 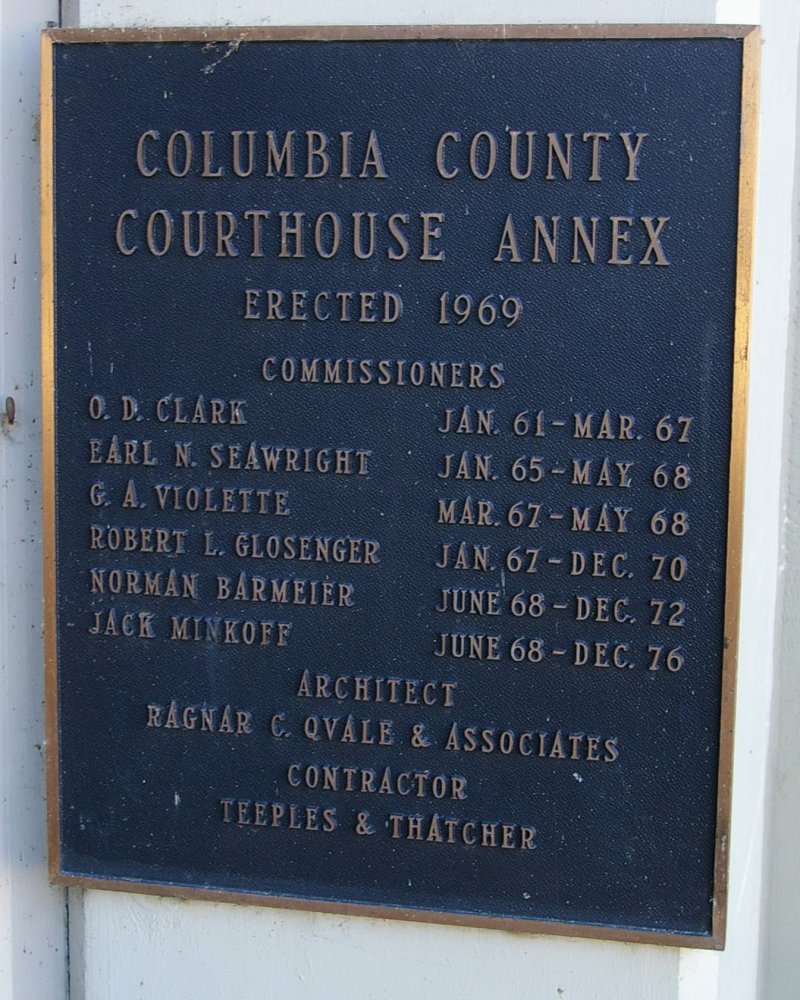