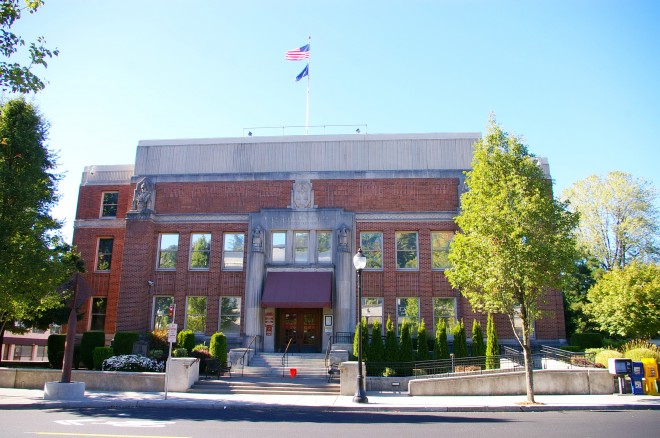 Clackamas County is named for the Clackamas Native Americans, who were a tribe living in the area.

Description:  The building  faces southeast and is a three story red colored brick and concrete structure. The southeast front has a central entrance framed with stone which rises to the second story with crest at the third story. Columns rise on either side of the center entrance and have eagle statues at the top. There is a wide concrete band along the flat roof line. Figures hold an “all-seeing eye” atop the corner piers at the third story. There is a south wing. The building was a Works Progress Administration project. An addition with clock at the top was constructed on the north side.

History:  The county was created in 1843 and Oregon City was designated as the county seat. The first courthouse was built in 1850 and burned in 1862. The county rented premises for the next 20 years. The second courthouse was designed by Neer and LaRomer and was built by Thomas Mann in 2884 to 1885 . The third and present courthouse was constructed in 1936 to 1937 at a cost of $273,000. 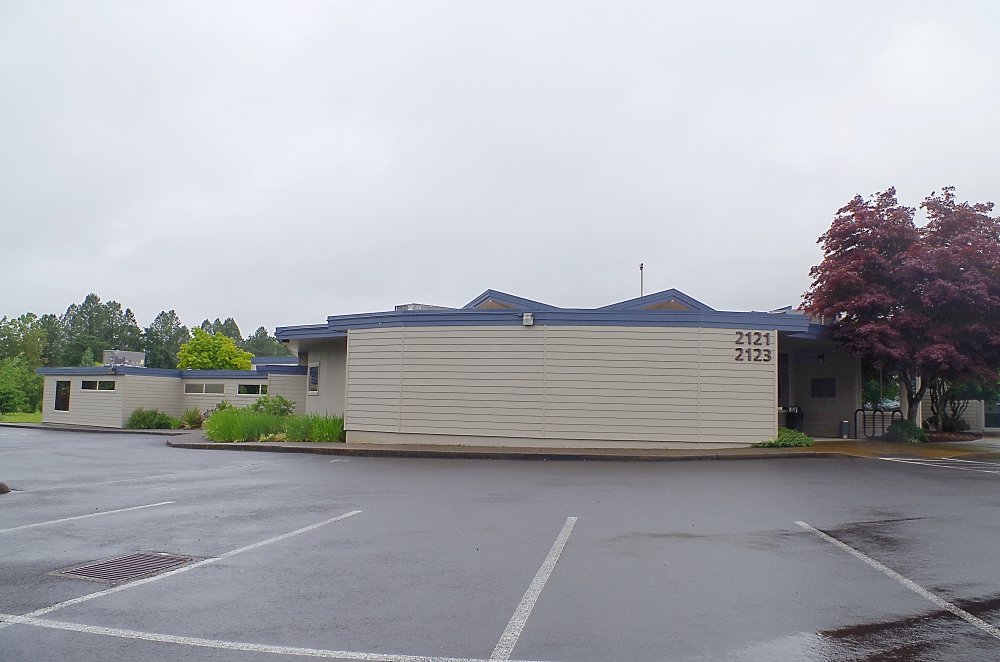 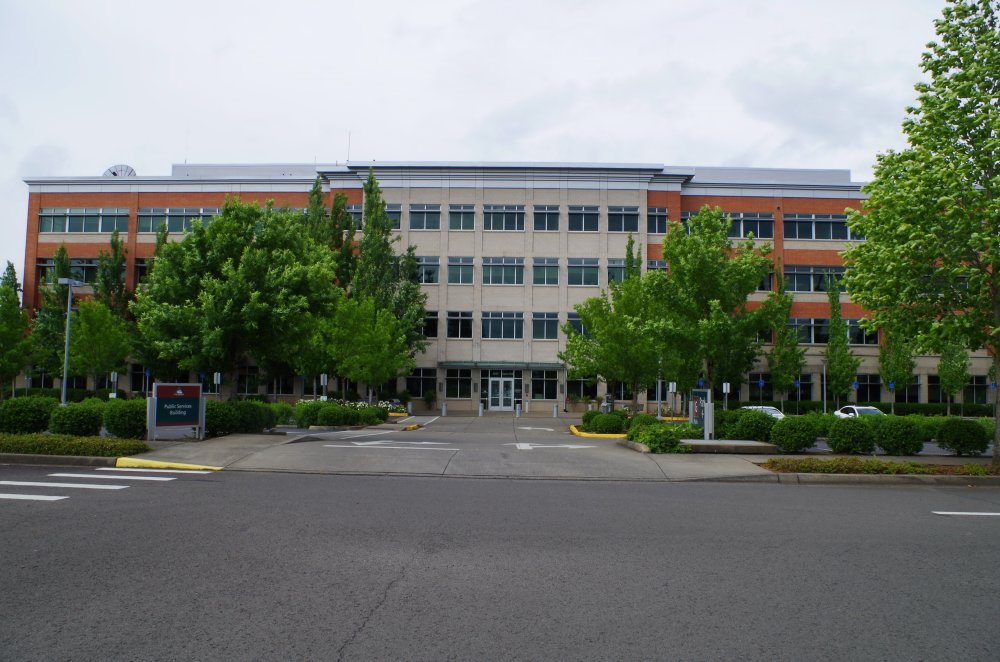 Description:  The building  faces east and is a four story red colored brick and concrete structure. The building is located on spacious landscaped grounds to the south of the city center. The building houses the Family Court. 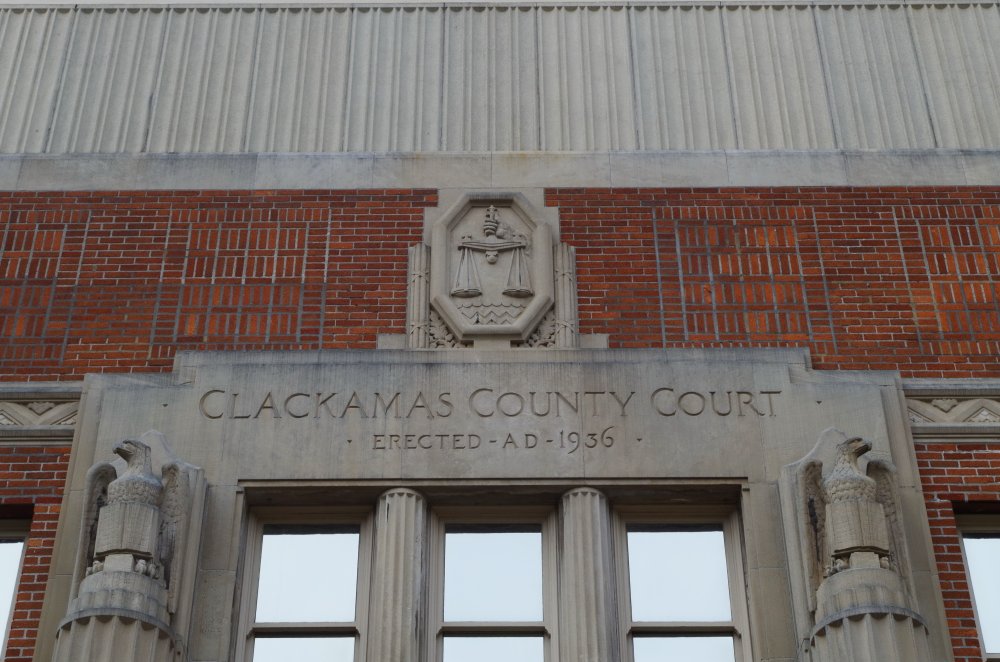 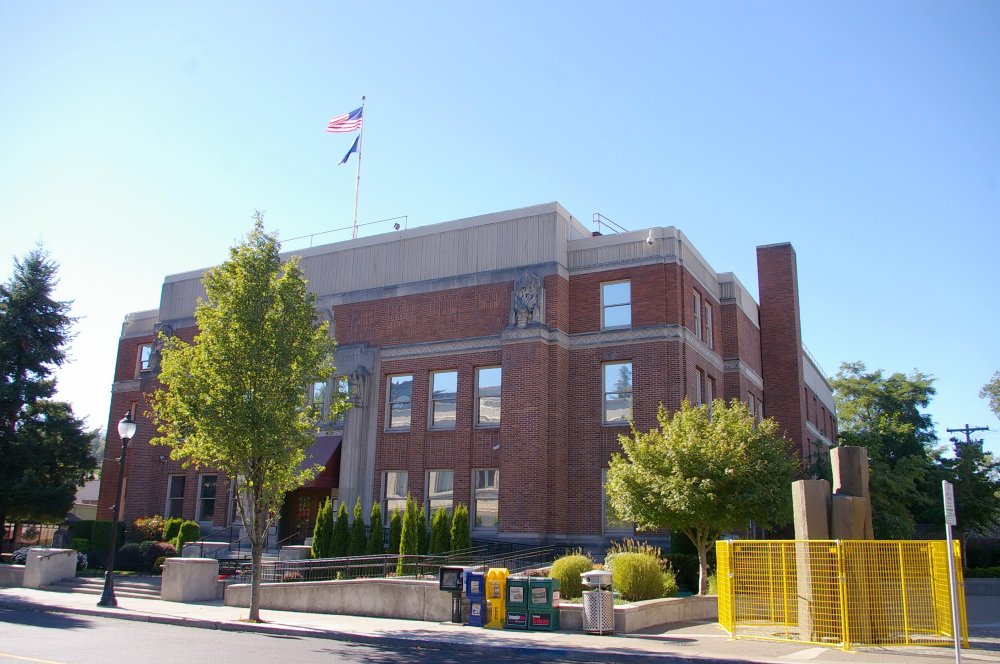 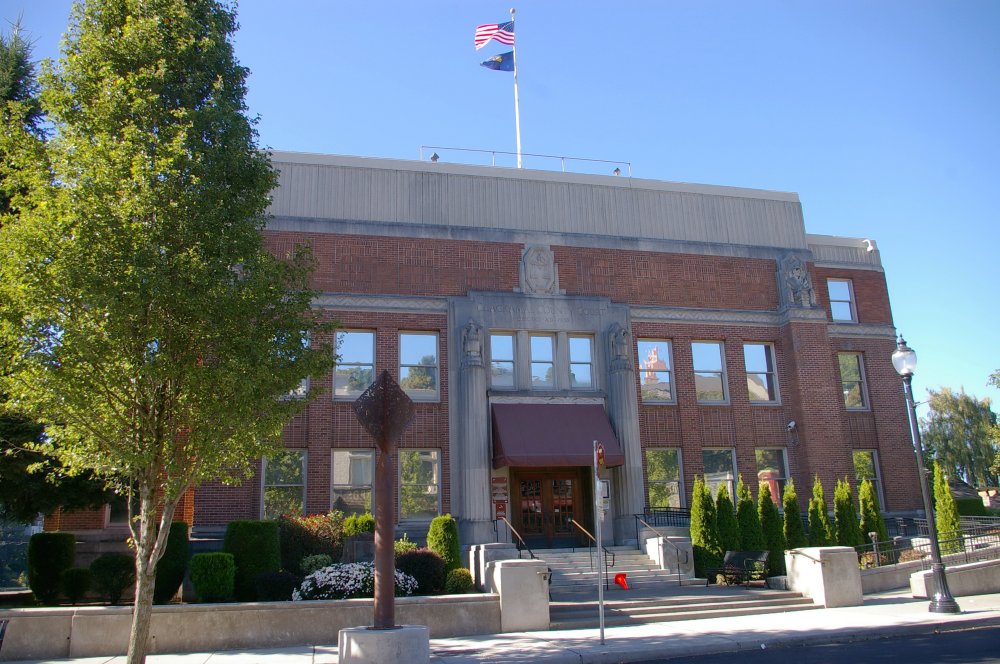 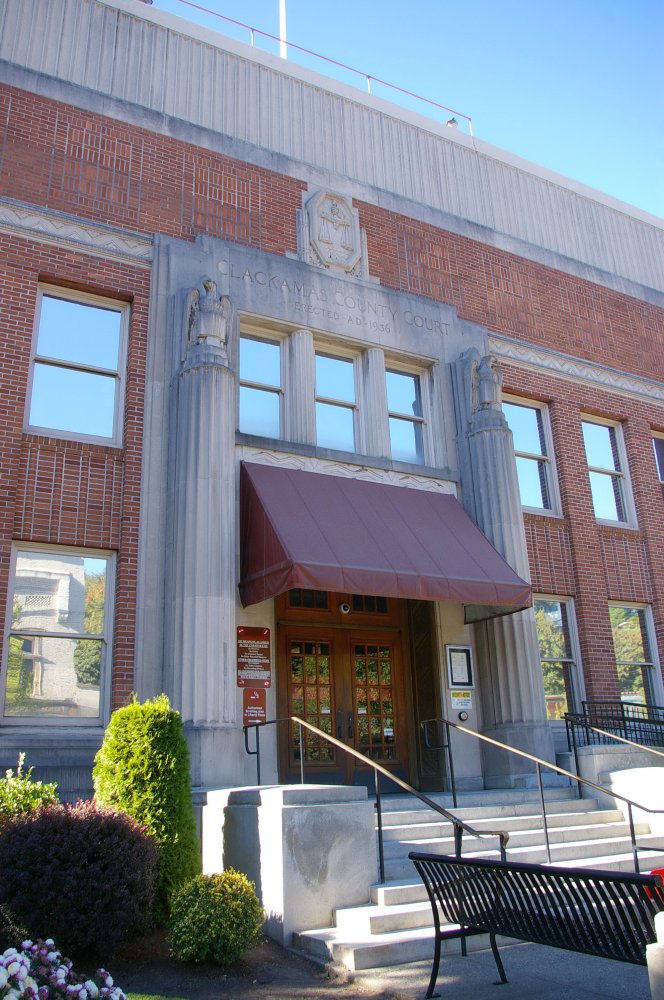 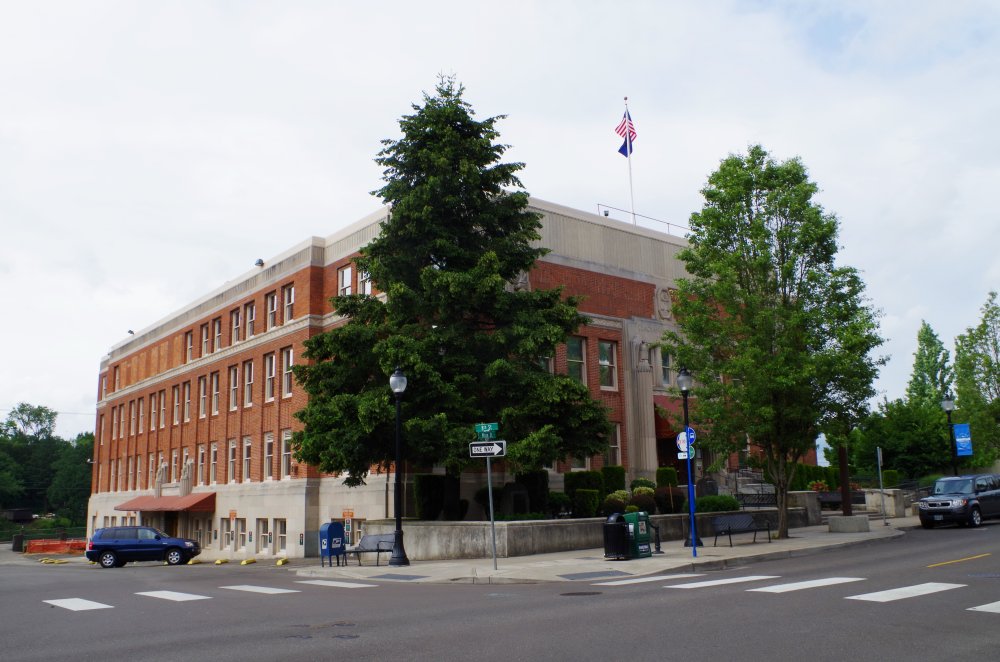 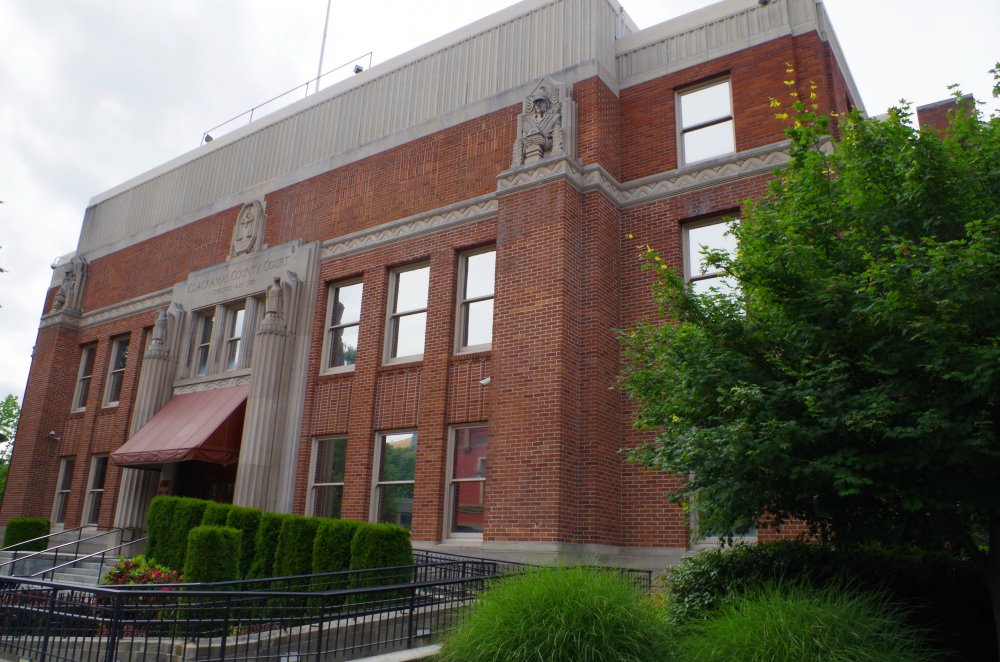 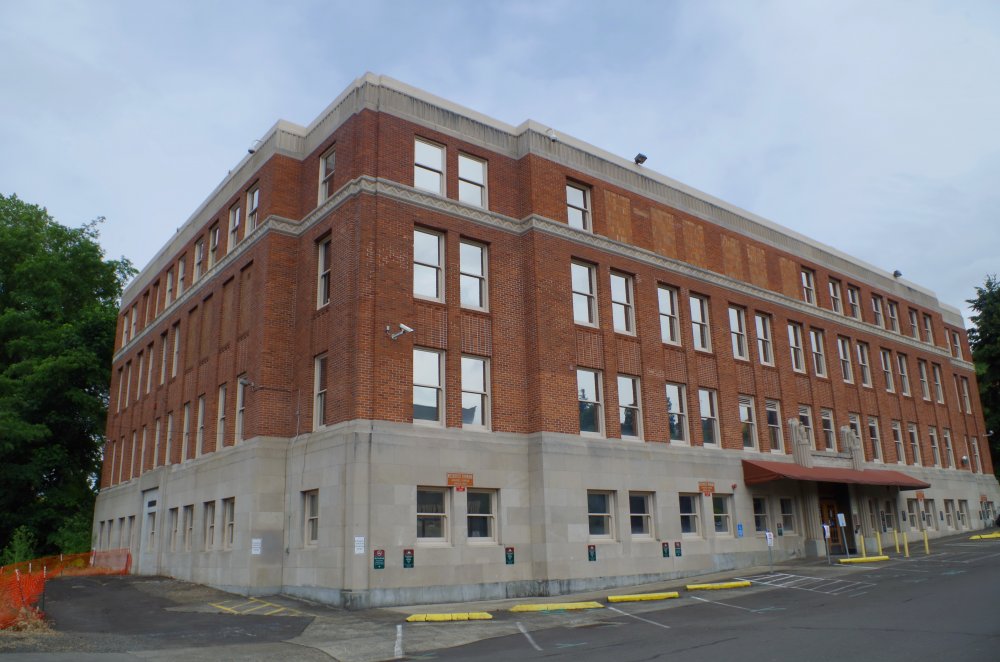 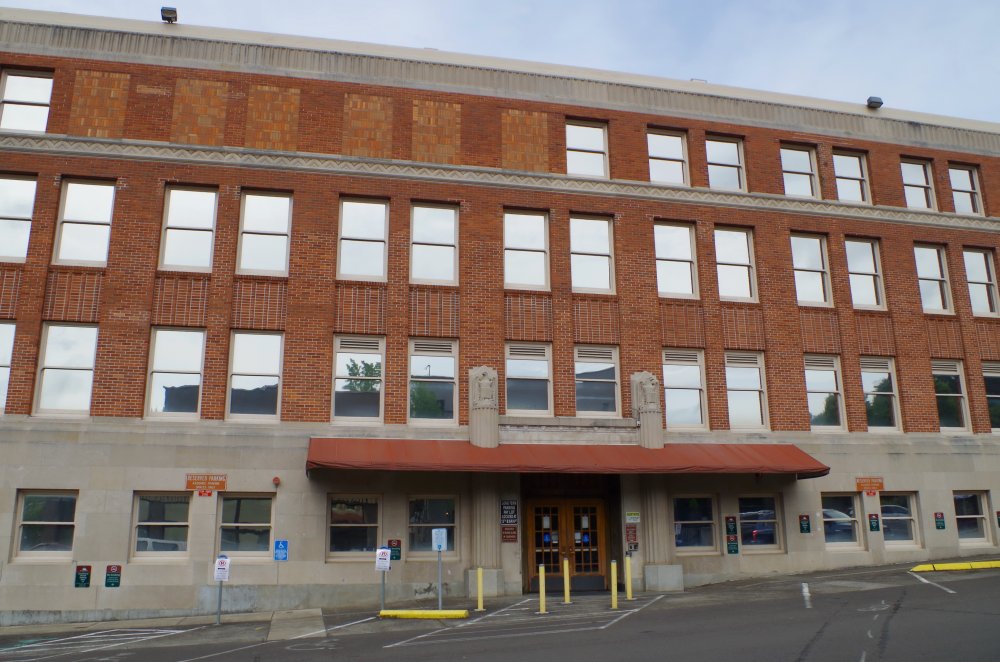 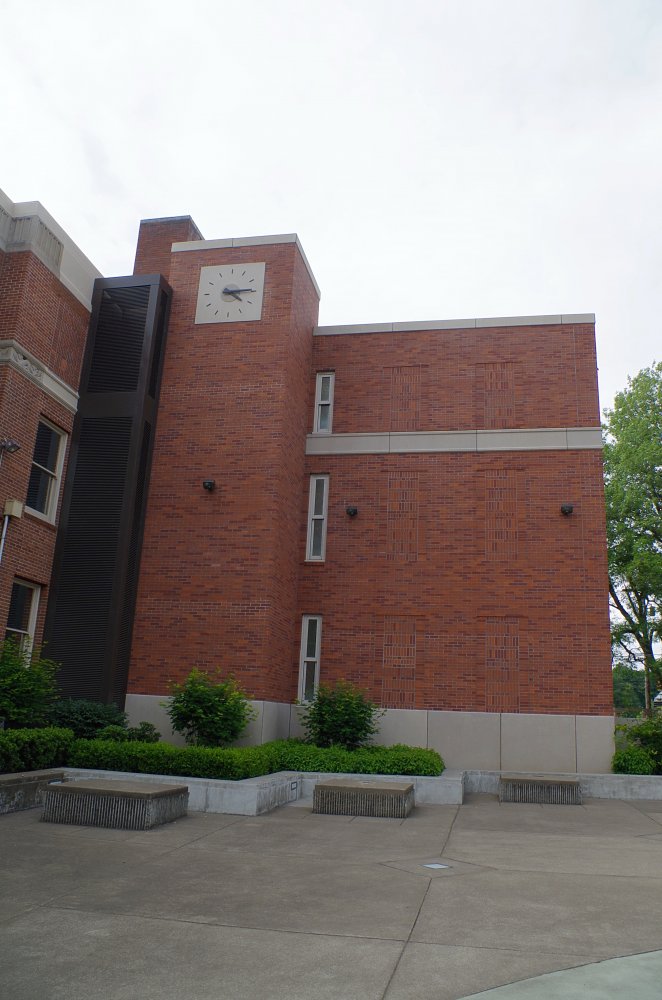 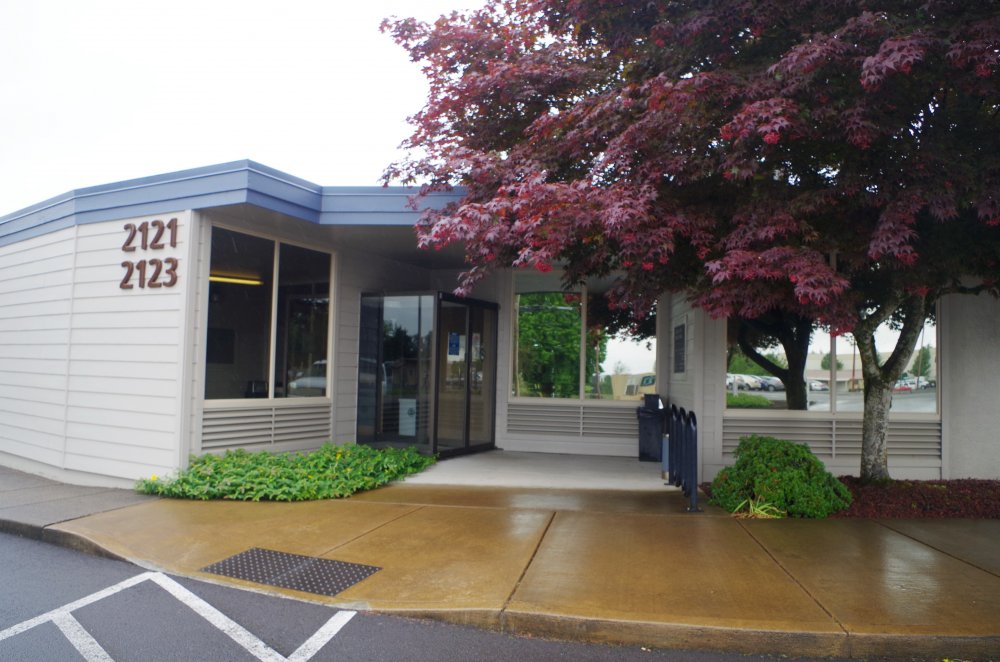