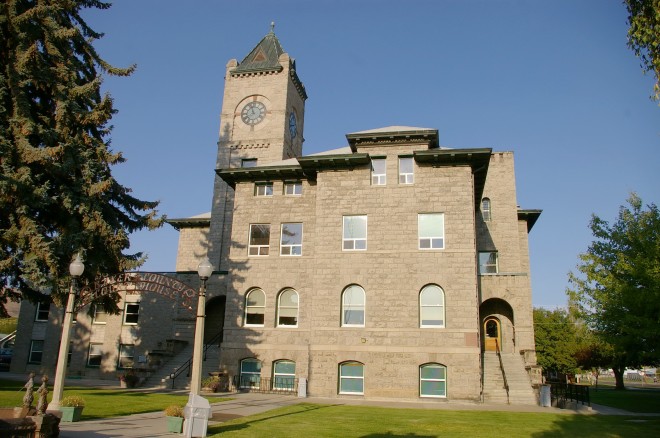 Baker County is named for Edward Baker, who was one of Oregon’s first Senators and was killed at the Battle of Balls Bluff in 1861. 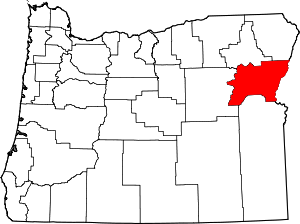 Description:  The building  faces east and is a three story volcanic rock and concrete structure. The building is located on landscaped grounds in center of Baker City and is “T” shaped. The east front has arched windows on the second story and has steps on the north and south leading up to arched entrances. On the south side is a high square clock tower. The roof is sloped. The building houses the County Circuit of the 8th Judicial District. The architect was Delos D Neer of Portland and the contractor was T R Yerger. In 2011 the building was restored. The contractor was Sid Johnson & Company of Baker City. On the south side is an addition. 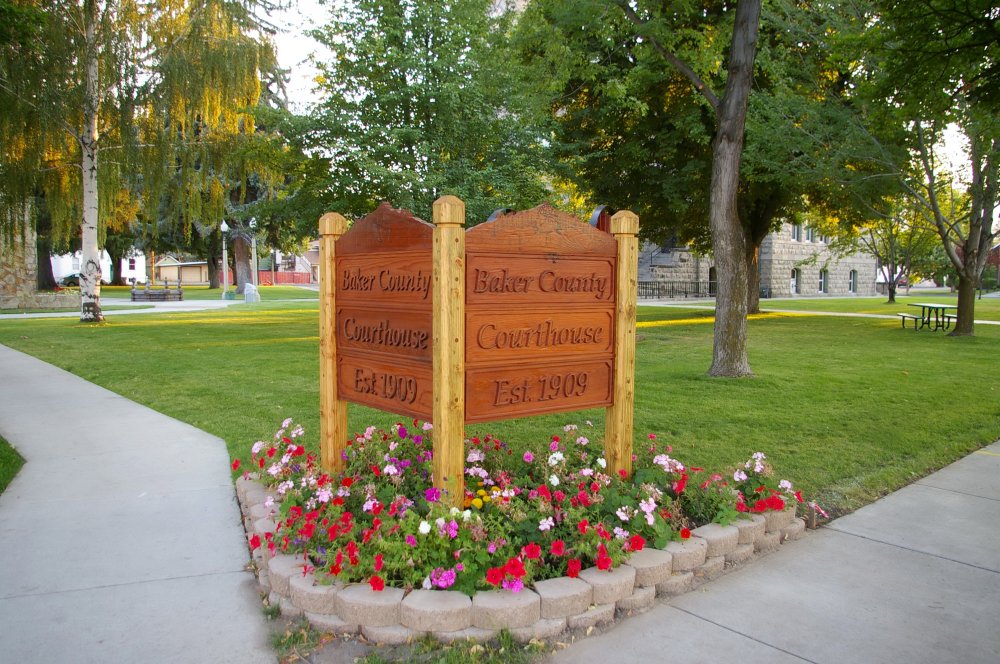 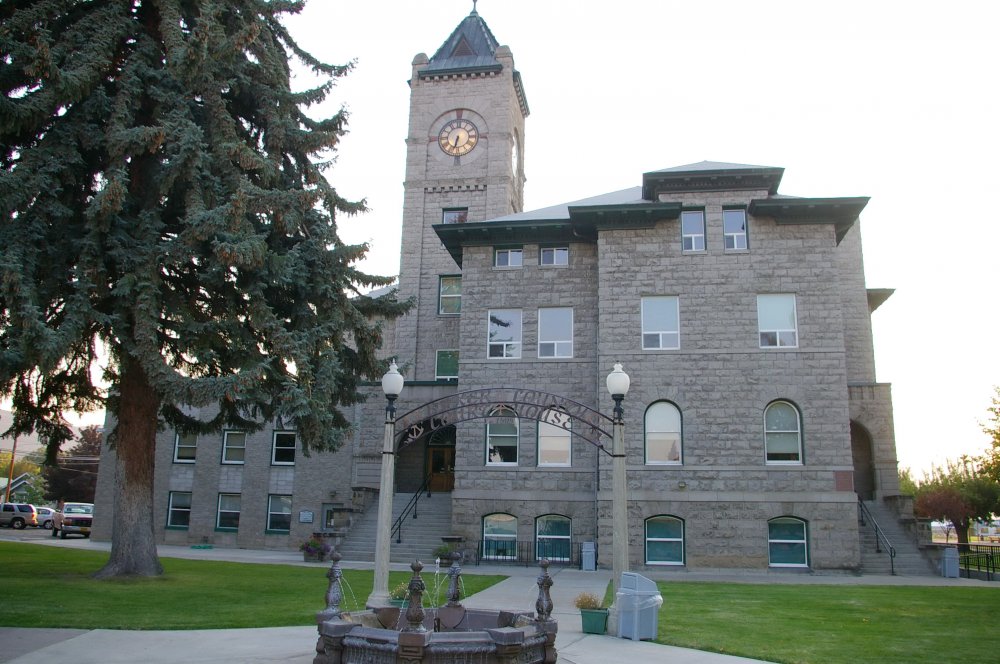 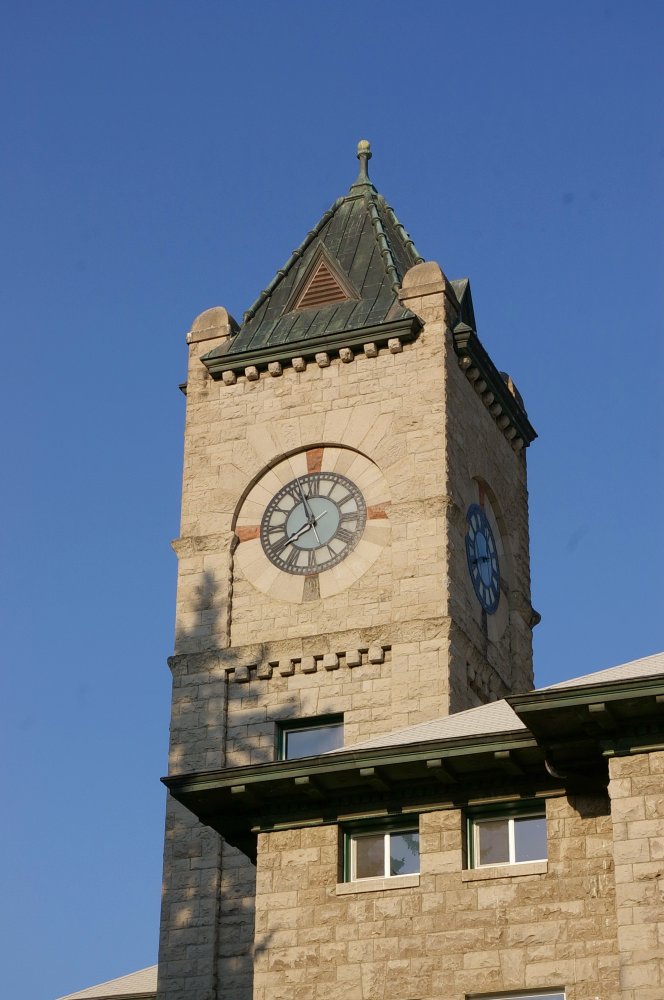 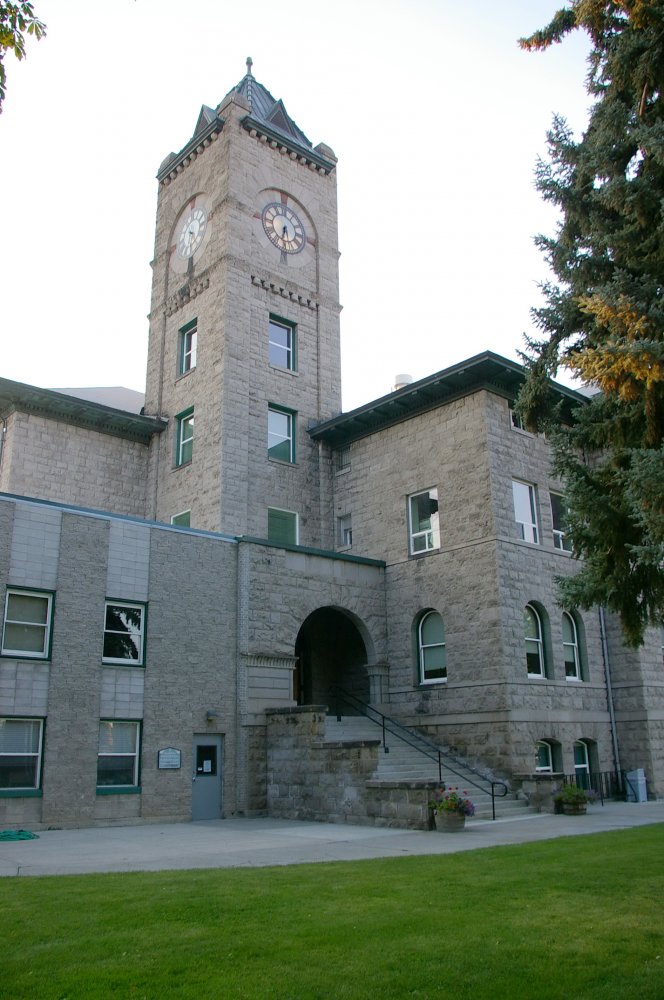 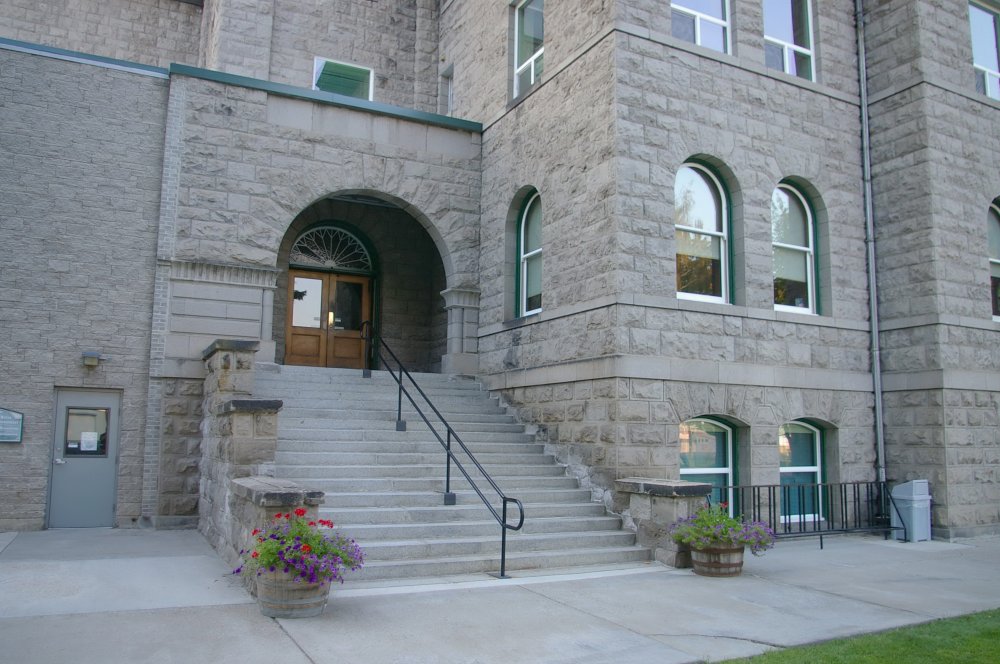 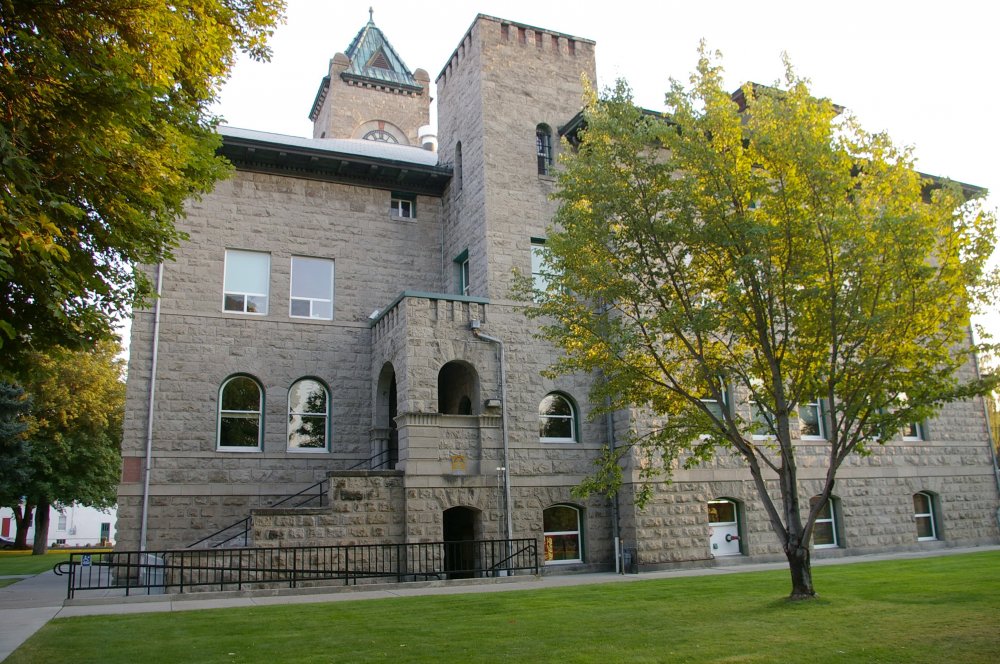 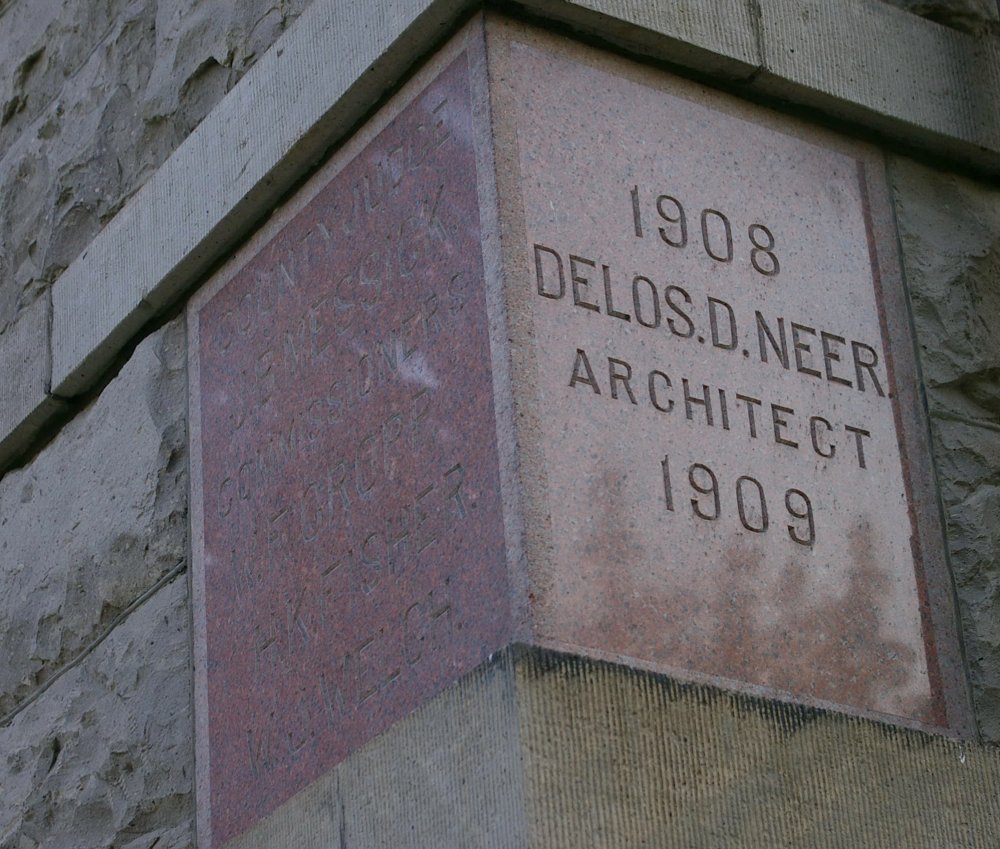 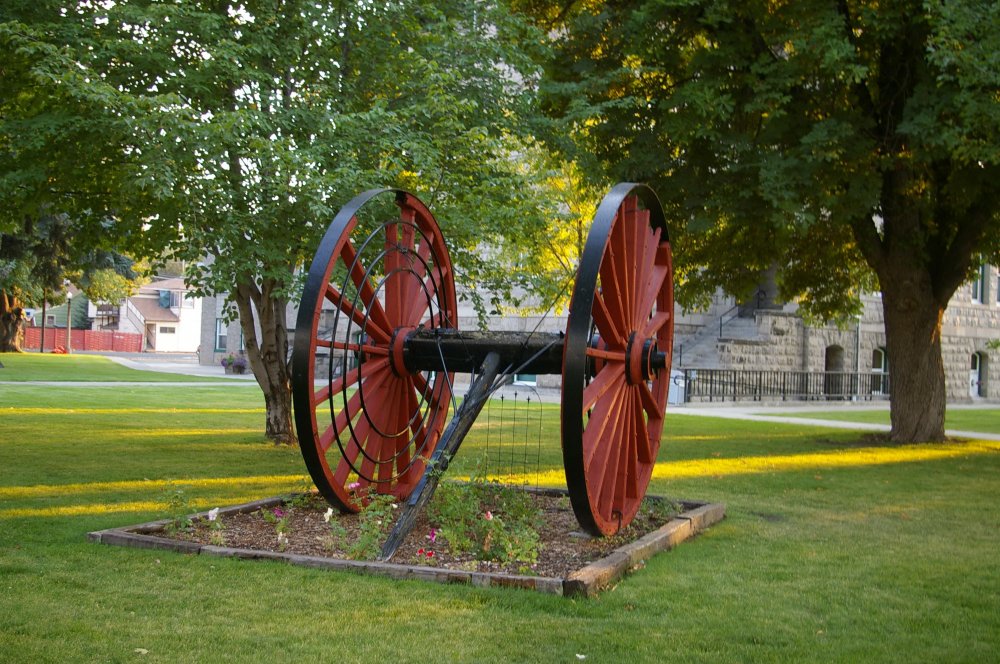