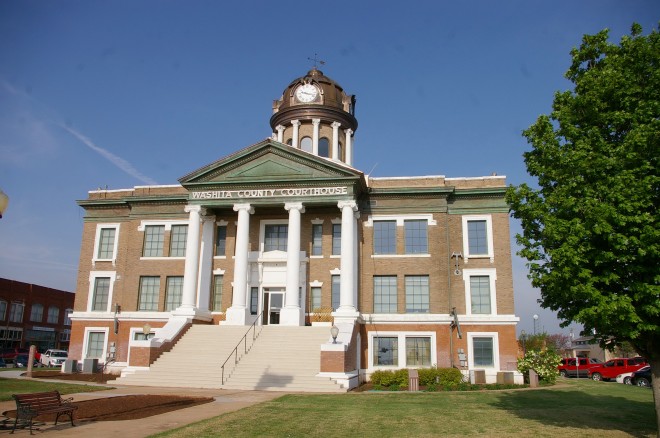 Washita County is named for the Washita River which flows through the county and which name is a Native American word meaning “good hunting grounds” and “sparkling silver water”.

Description:  The building faces east and is a three story red colored brick and concrete structure. The building is located on the landscaped grounds of the Courthouse Square in the center of Cordell. The building has porticoes on the east and west sides with four white colored Ionic columns rising to pediments. A white colored horizontal band runs below the second story windows. On the center of the roof is a round open dome with white colored columns and dome at the top. The roof is flat. The east and west entrances are on the second story. The interior has a centrally located rotunda under the dome. The courtroom is located on the third story.

Note:  The impressive courthouse sits in the middle of the road. This unusual arrangement can be credited to A J Johnson and J C Harrel, who each donated half the land needed for a courthouse on either side of the section line later used to demarcate the highway. 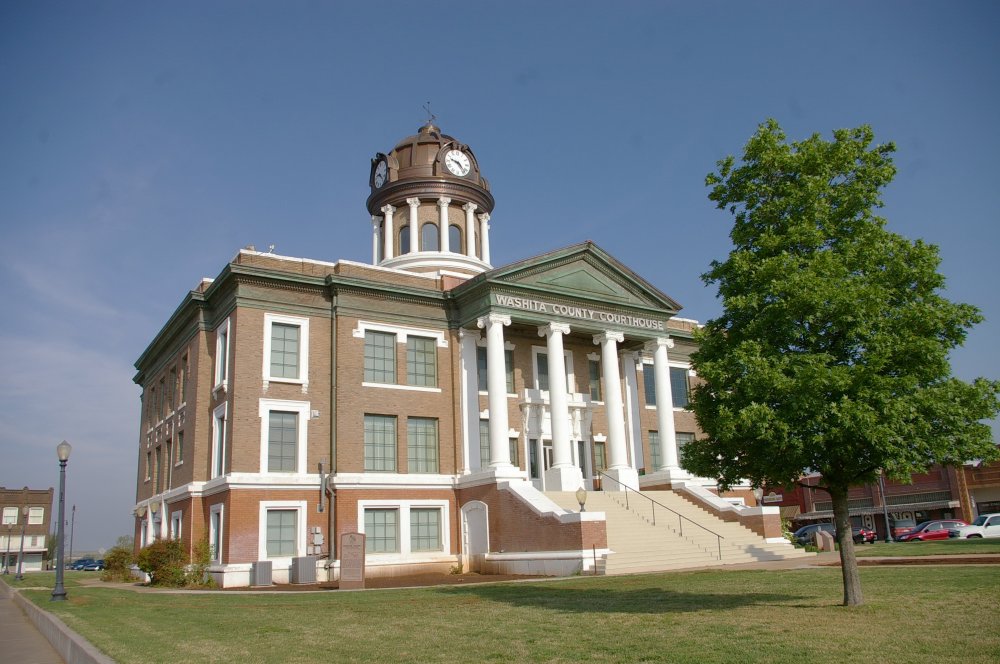 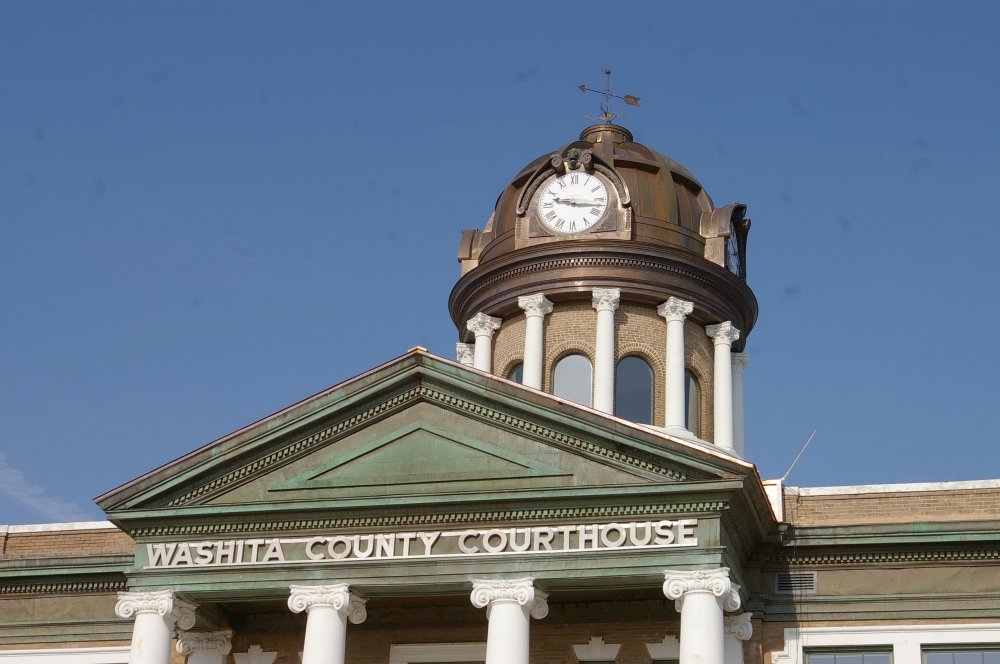 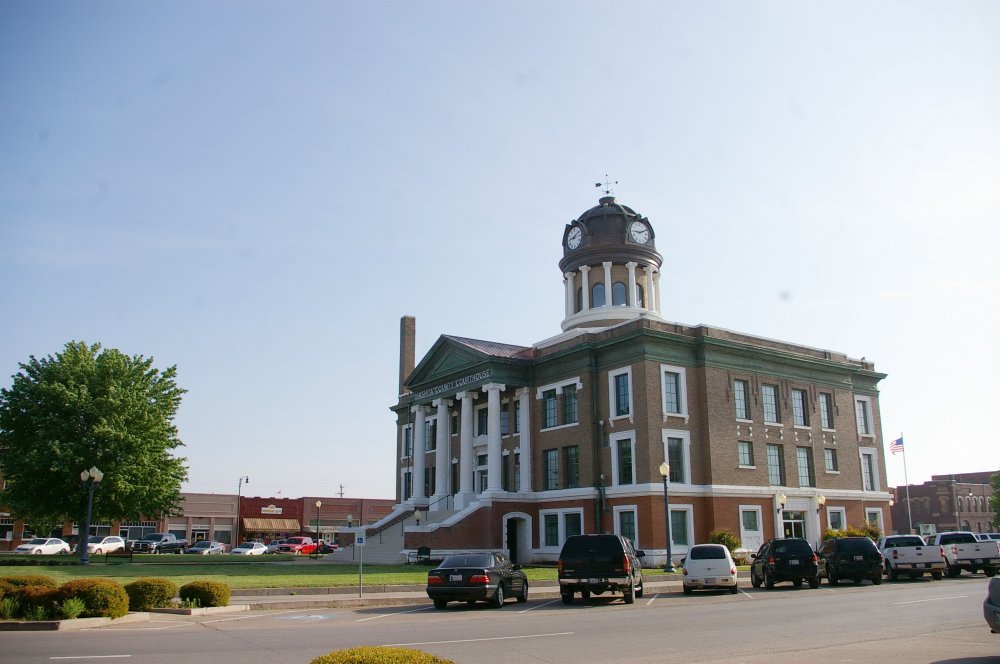 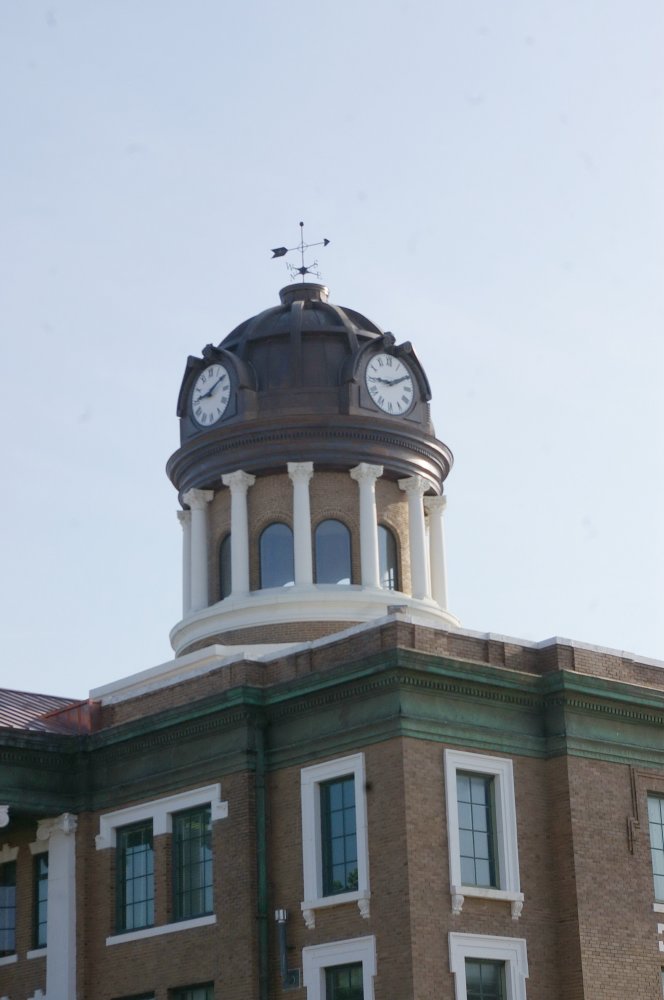 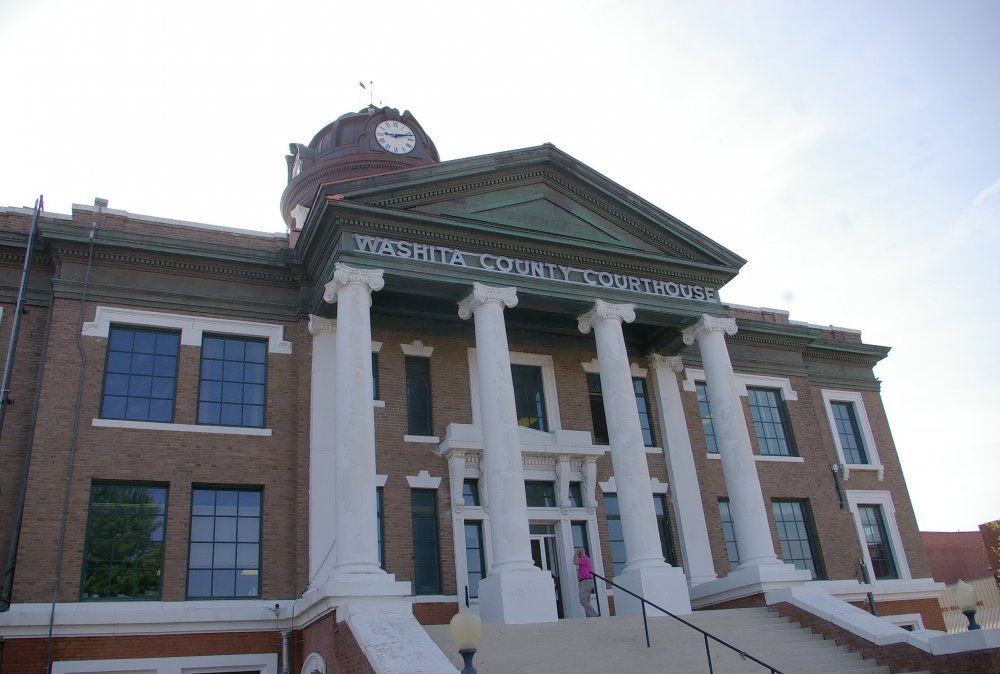 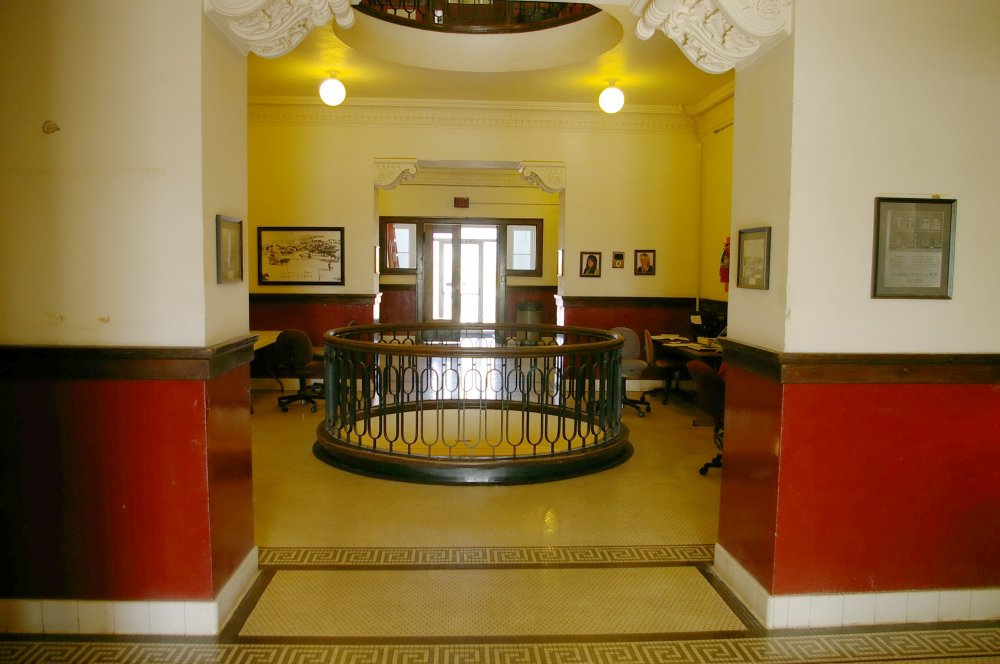 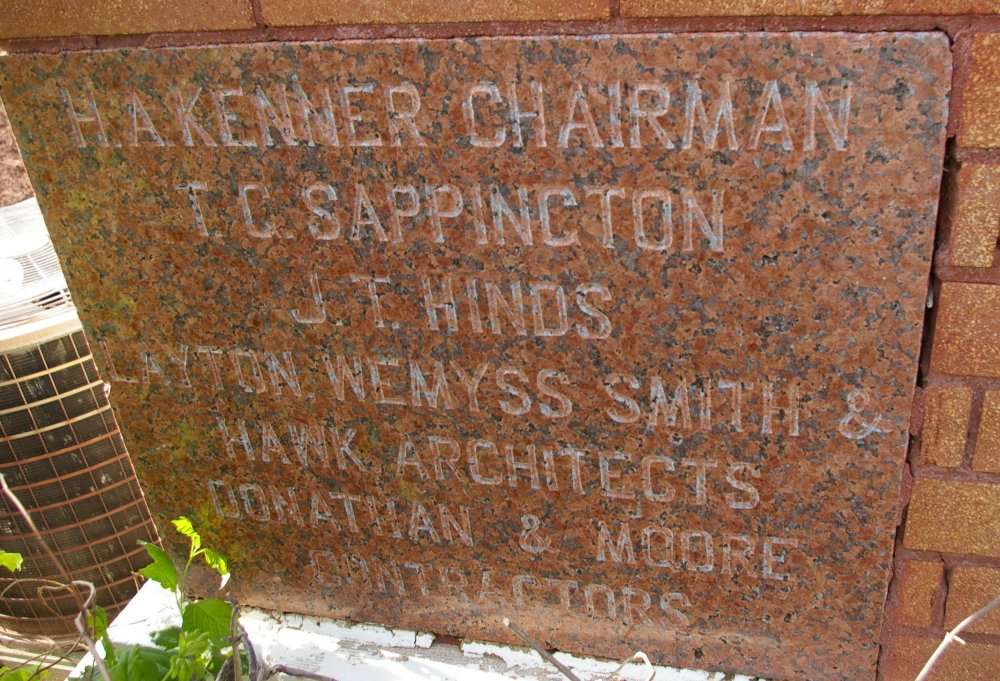