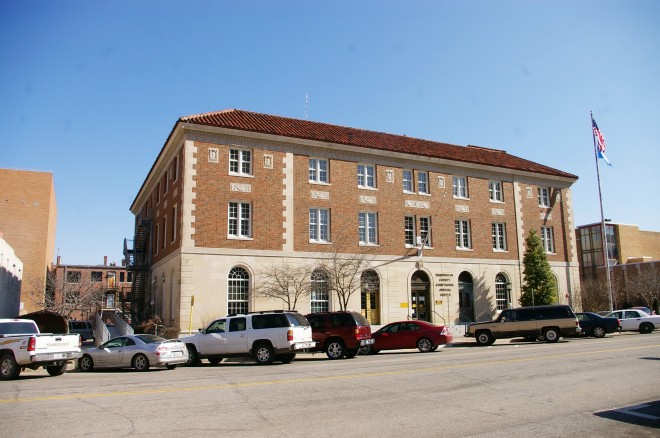 Description:  The building faces west and is a three story red colored brick and concrete structure. The building is located in the center of Bartlesville. The first story has arched windows and entrances. There is stone trim along the corners. The hipped roof is red colored tiles. The building was erected as the United States District Courthouse for the Northern District of the State of Oklahoma. The building houses the County District Court of the 11th Judicial District as of 1972. To the north is  the County administration Building. 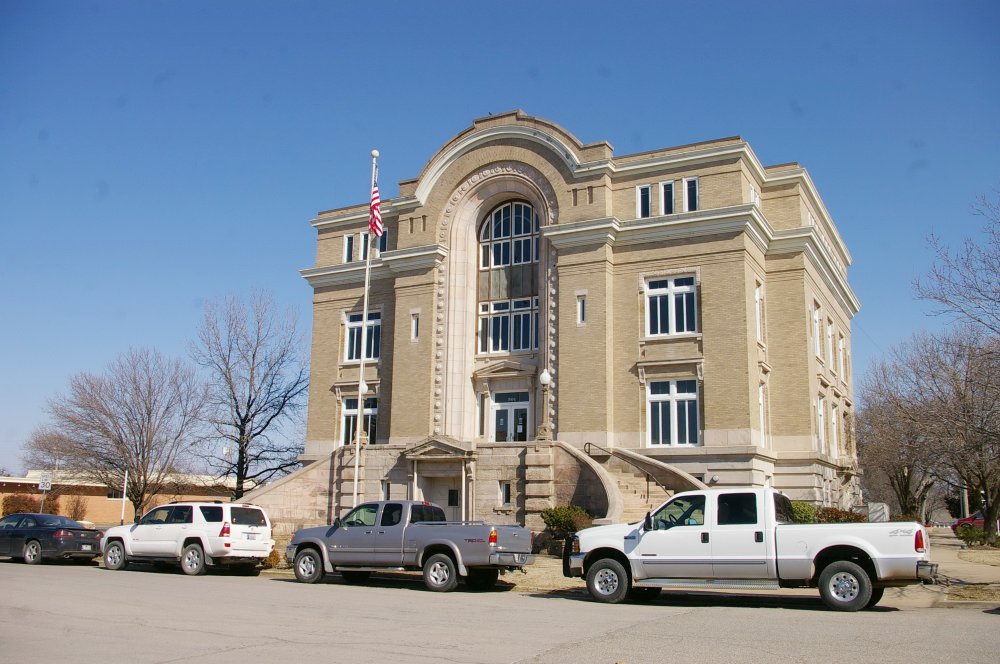 Description:  The building faces west and is a three story colored buff brick and concrete structure. The building is located on landscaped grounds in the center of Bartlesville to the northeast of the courthouse. The building has a raised basement. The west front has a large arch rising above the roof line. The entrance is recessed. A wide cornice runs below the third story. The east end of the building is curved. The roof line is flat. In the interior, the former courtroom was located at the east side of the second story. The building is now an office building. 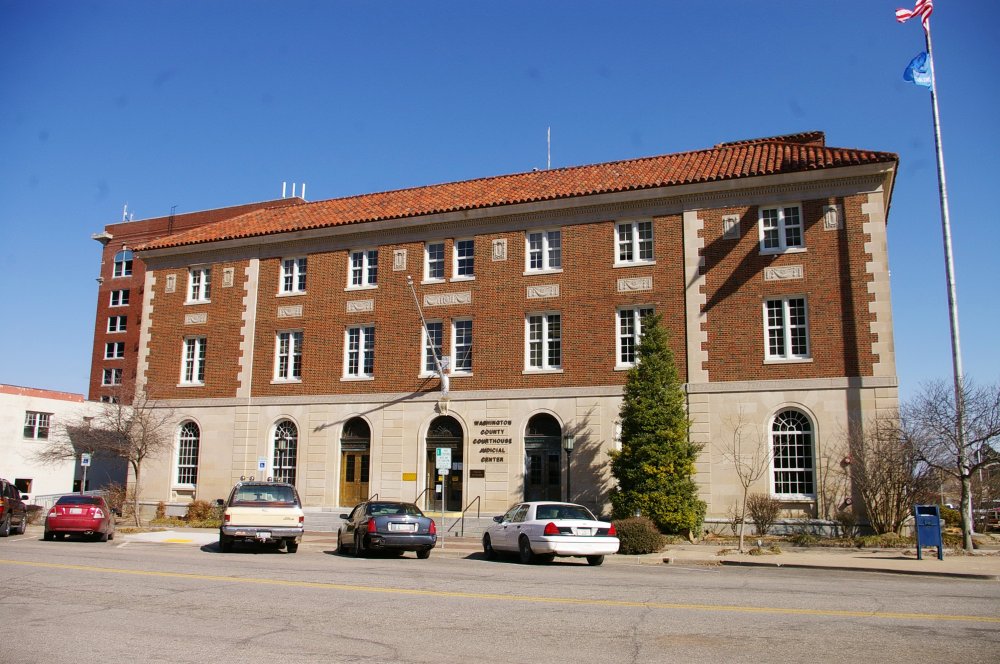 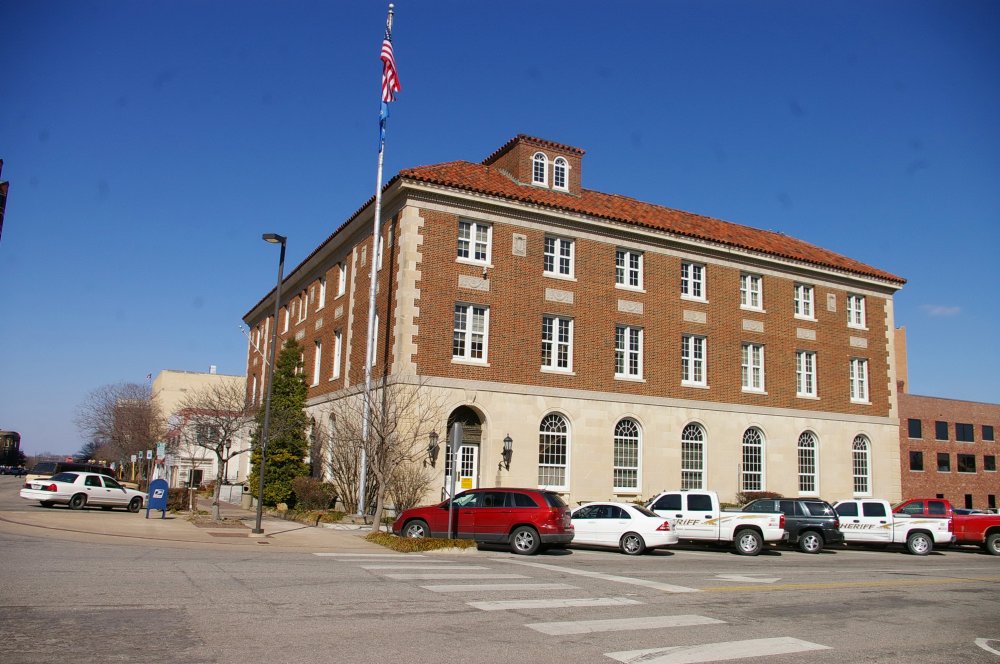 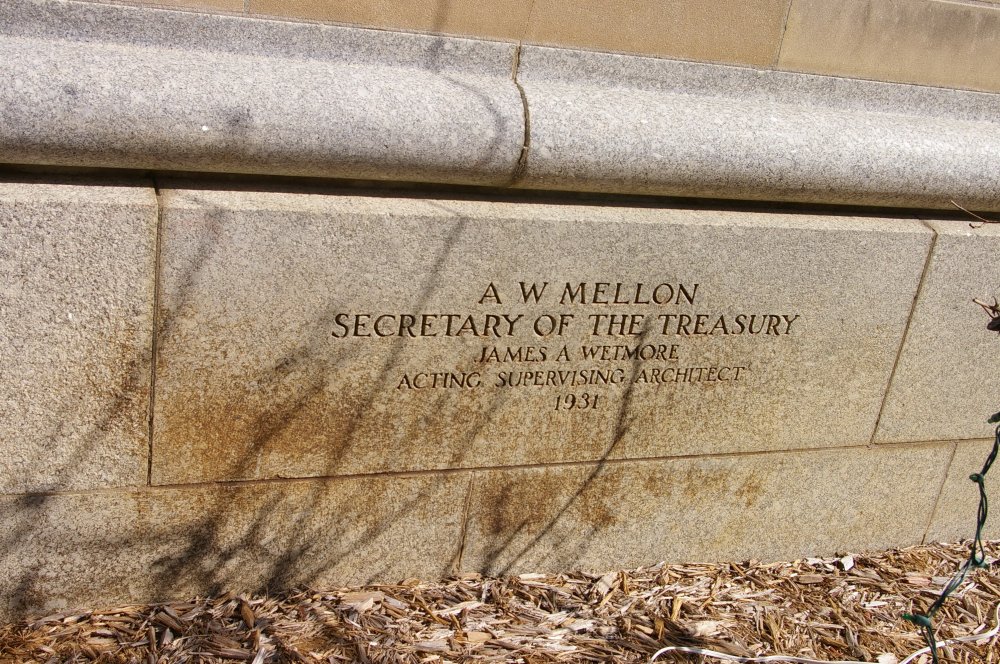 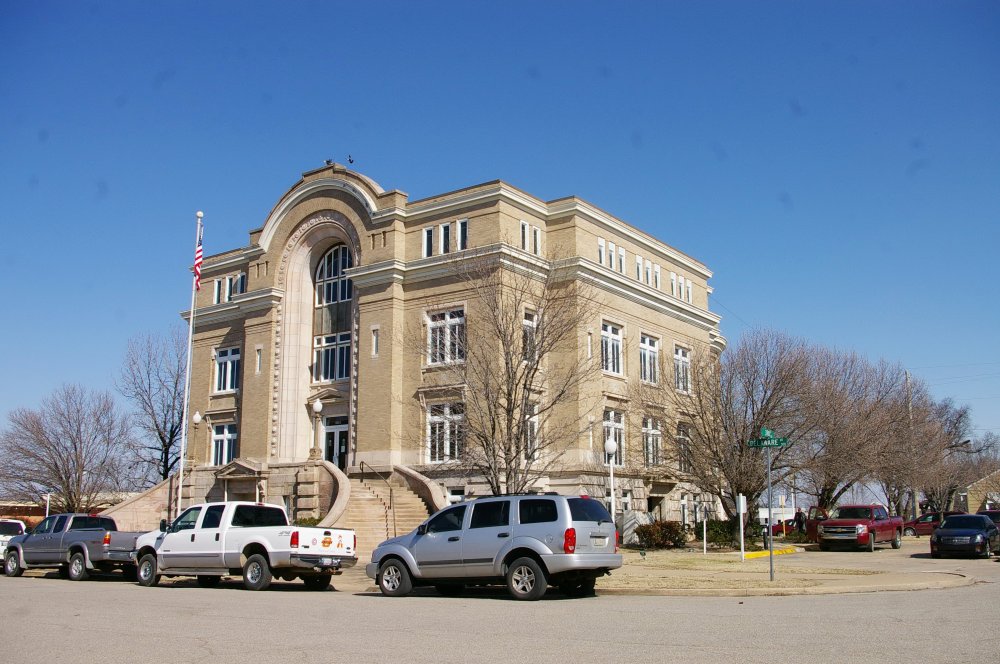 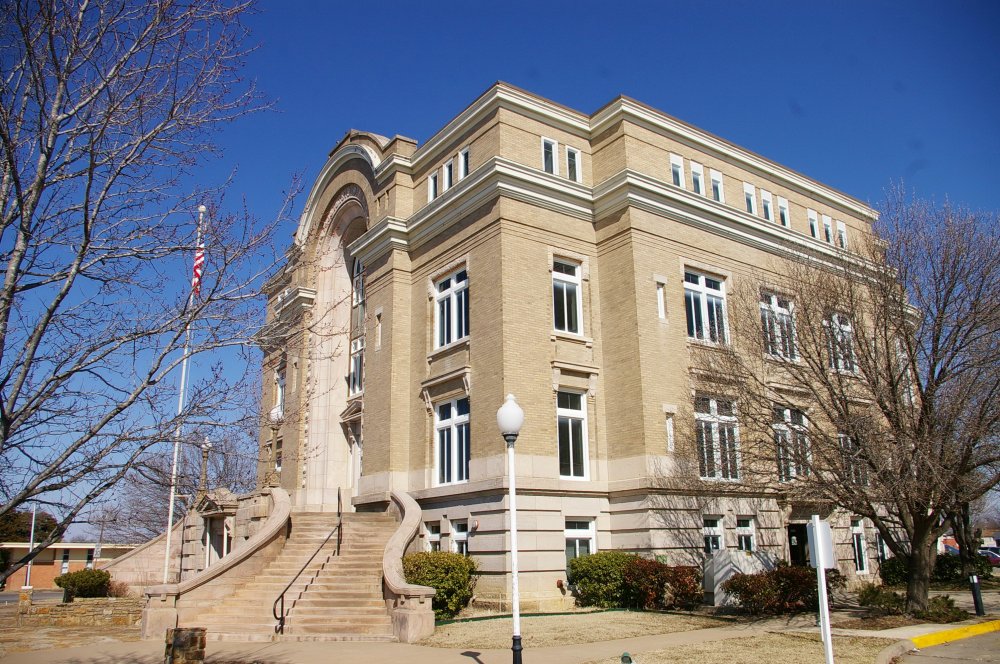 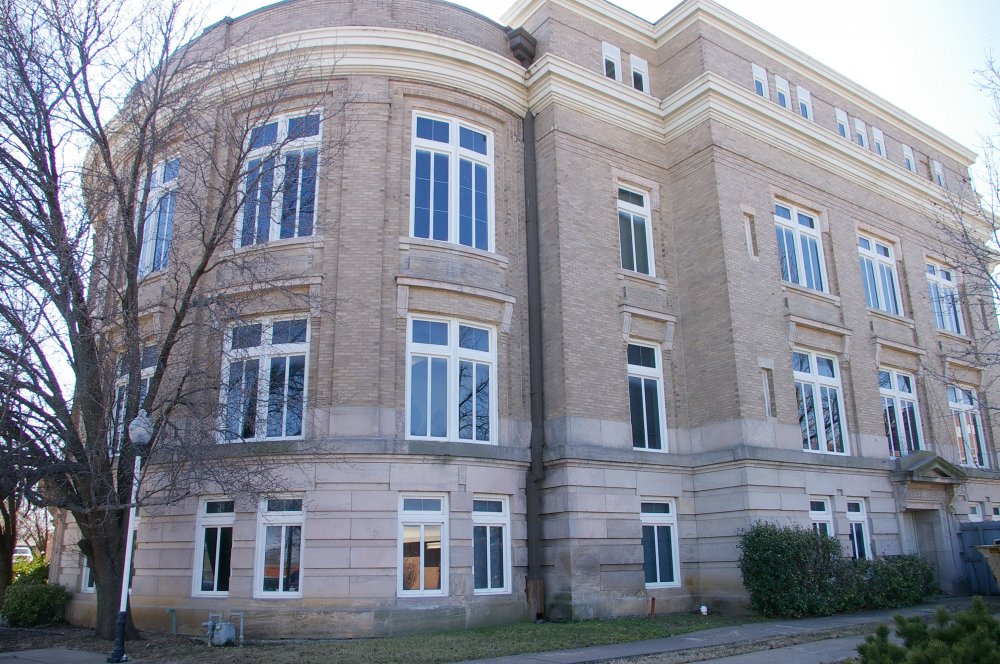 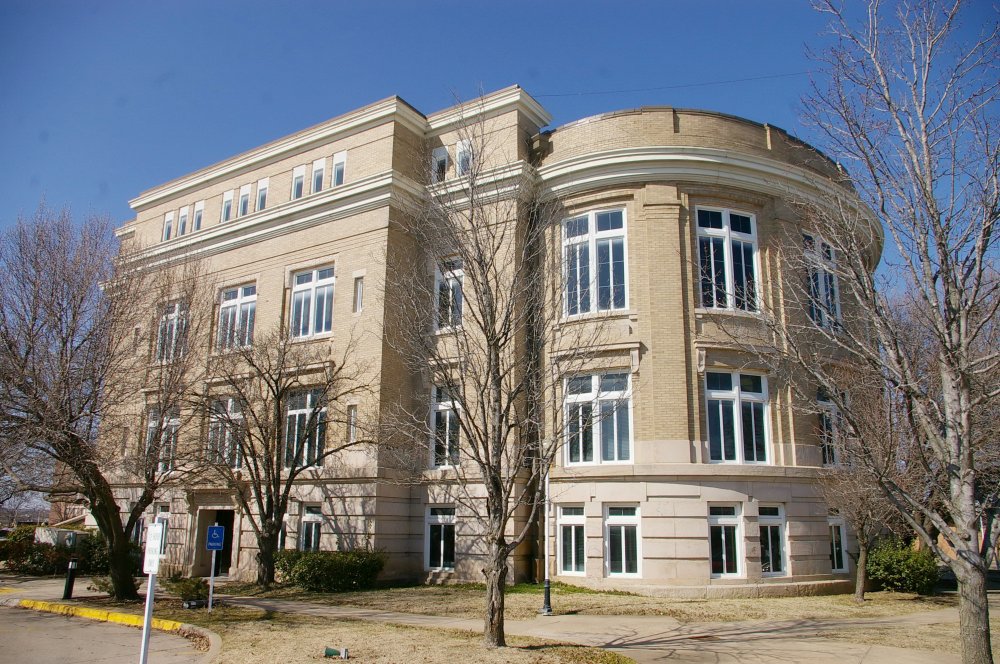 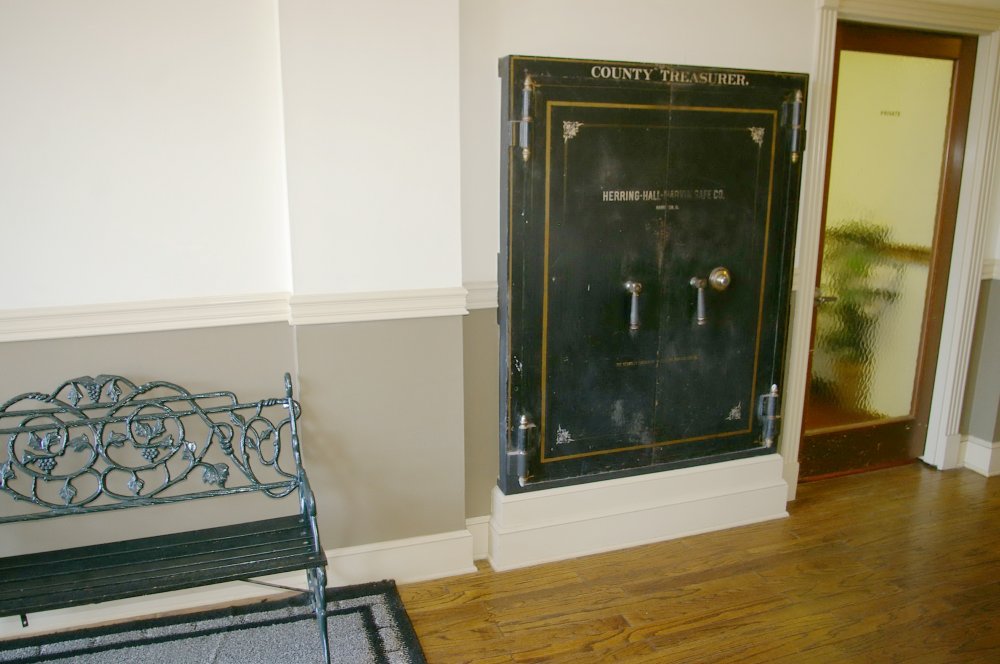 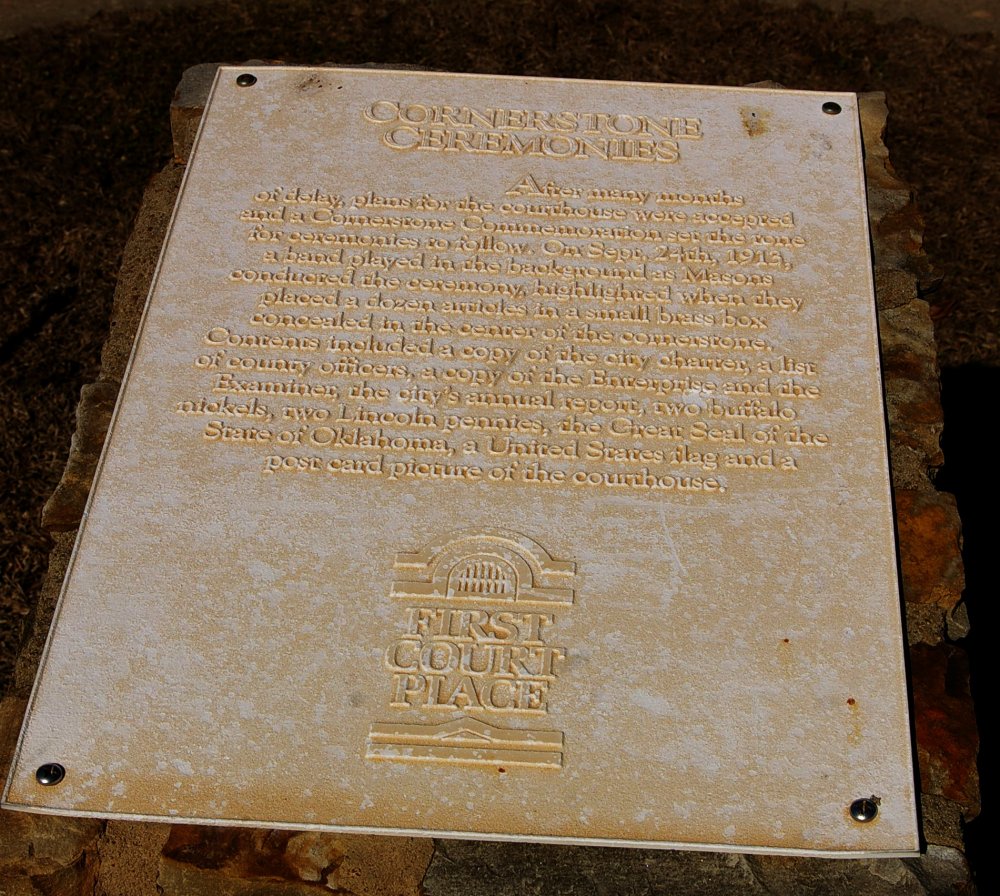 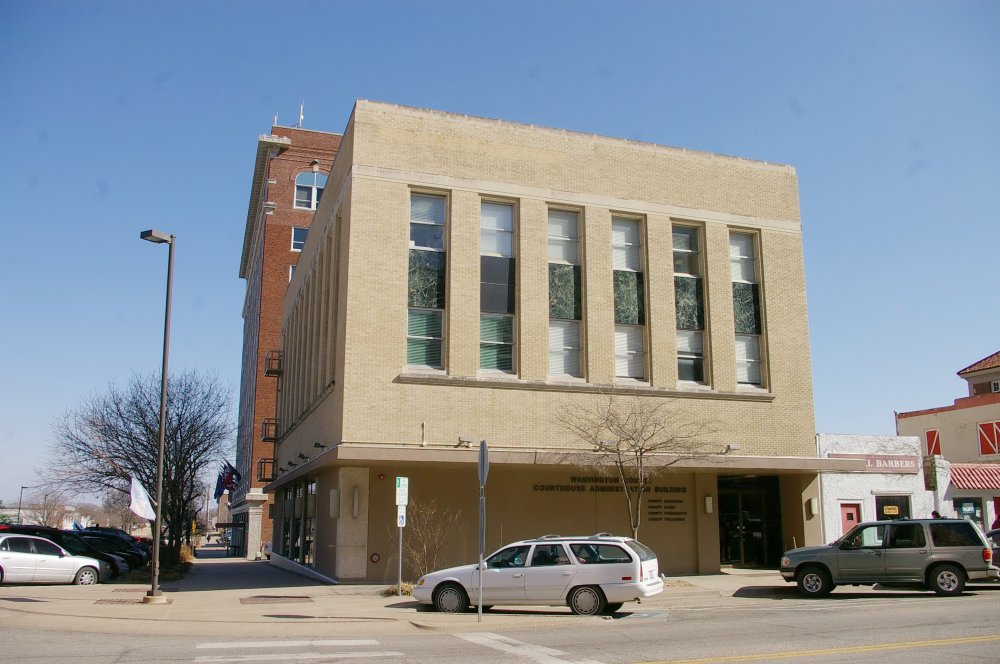 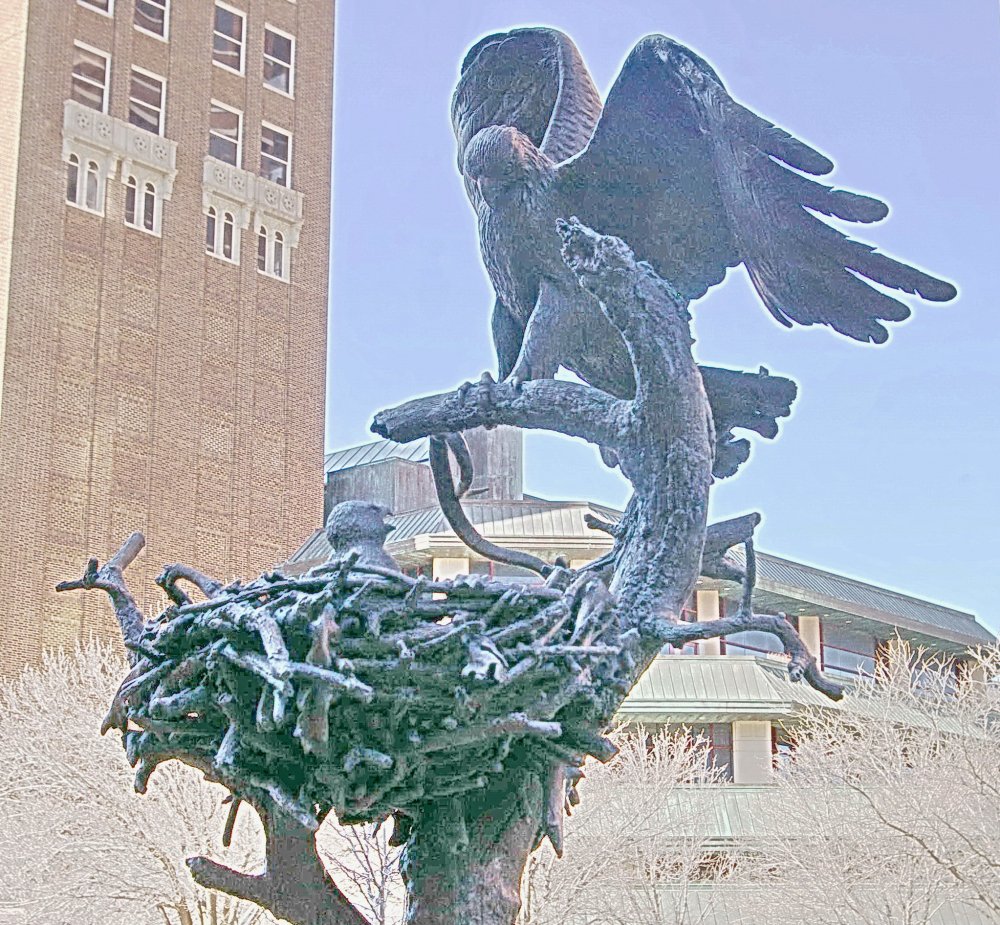