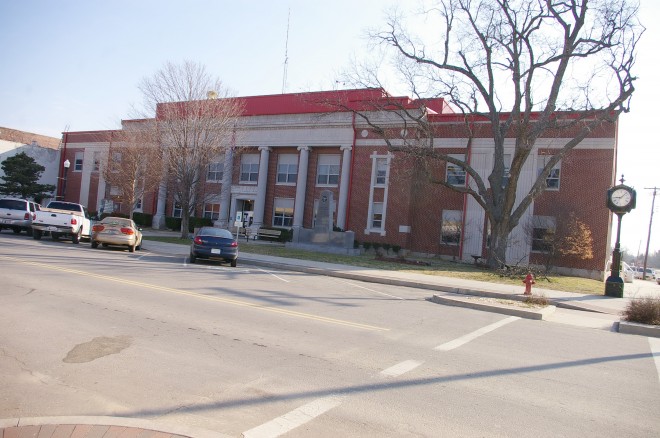 Seminole County is named for the Seminole Native American people.

Description:  The building faces west and is a two story red colored brick and concrete structure. The rectangular shaped building is located on landscaped grounds in the center of Wewoka. The west front has six large Ionic columns rising to the top of the second story with a wide stone entablature above. The frieze is inscribed with the words, “SEMINOLE COUNTY COURT HOUSE.” The cornice has an ornate frilled edge. The main entranceway has a stone framework and a stone entablature which echoes the design of the roof line. Two round medallions decorate the brickwork of the frieze on either side of the inscription. The north and south wings are recessed. Additional narrow windows on either side of the five central window bays are framed with crosshatched stonework. The building has a partial attic story which houses the jail. Windows and doors are modern, with fixed panes and metal frames. The roof line is flat. The building houses the County District Court of the 22nd Judicial District. An attached addition to the south end of the building was constructed in 1939 as a Works Project Administration project. The architect was Maurice Baldwin and the contractor was J T Chapman and Son. Additional renovation was done in 1974 and 1975. The newer portions carry out the overall style of the original building. The brickwork on the various additions is not an exact match, yet the sight differences in color and workmanship are noticeable only upon close inspection. An addition was added in 1974 to 1975. The architect was Ammerman-Butler-Thomas Inc. of Oklahoma City and the contractor was B H Todd Sons’ Company of Ada. 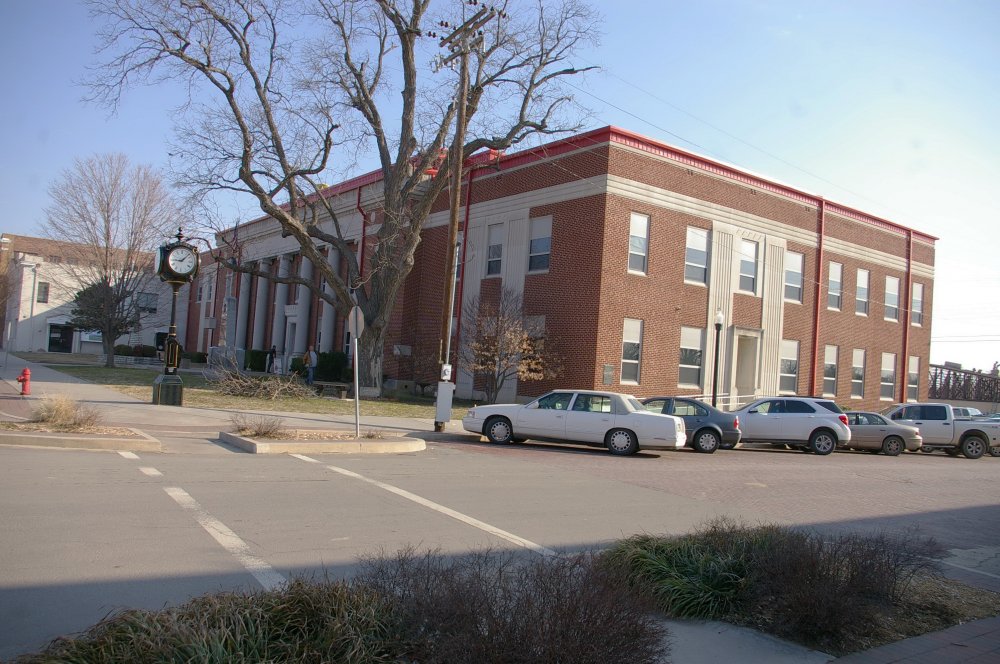 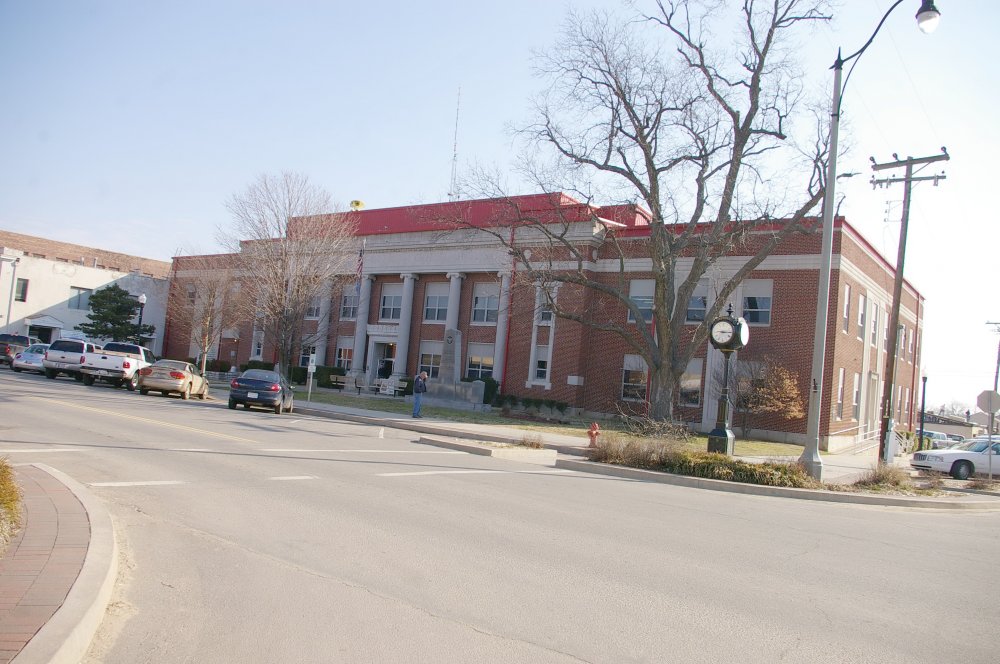 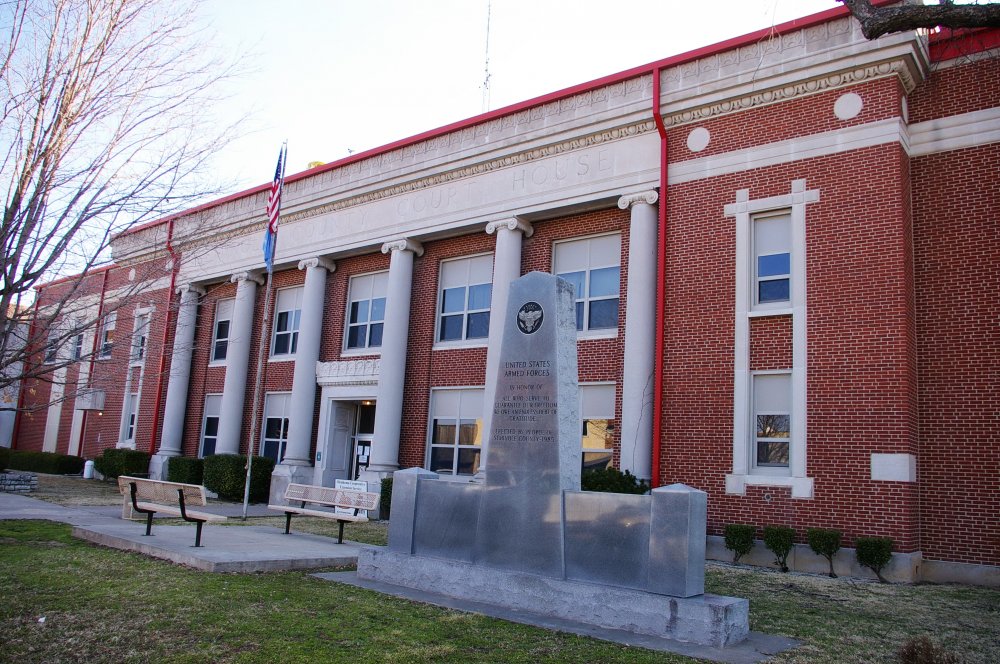 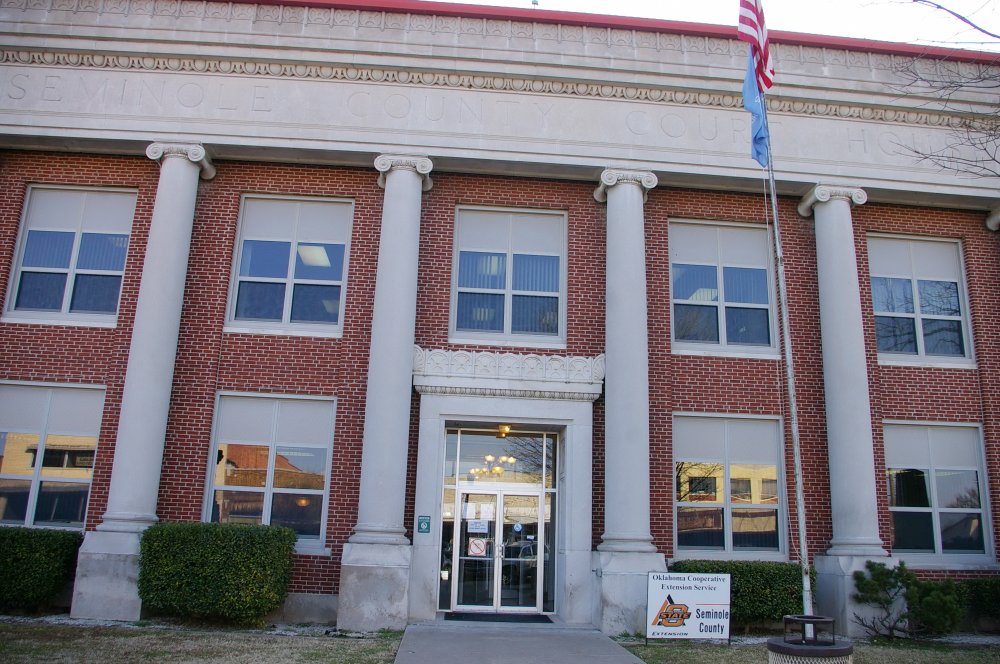 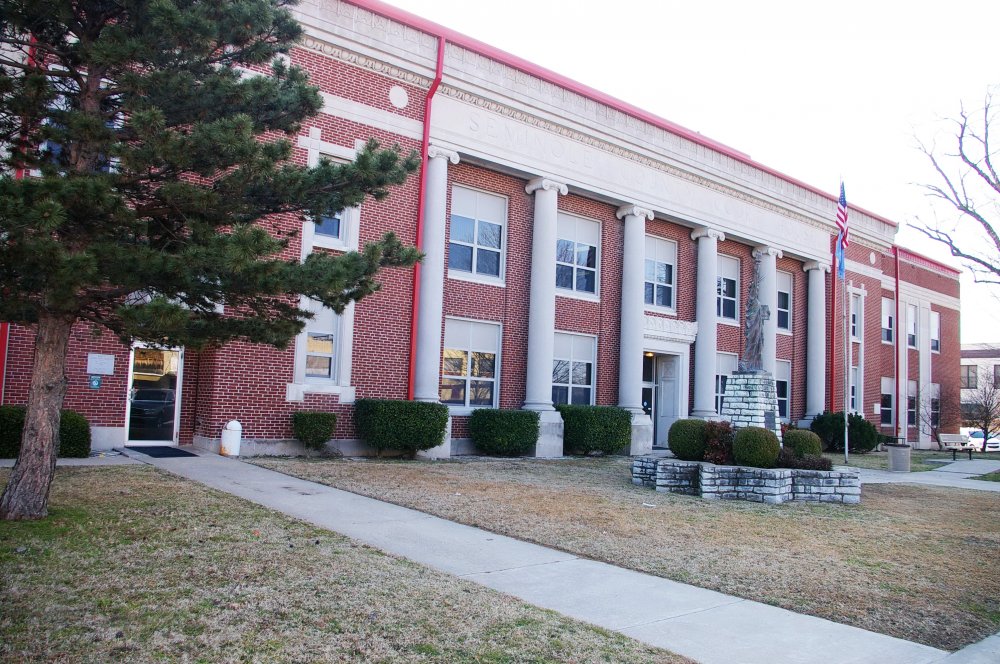 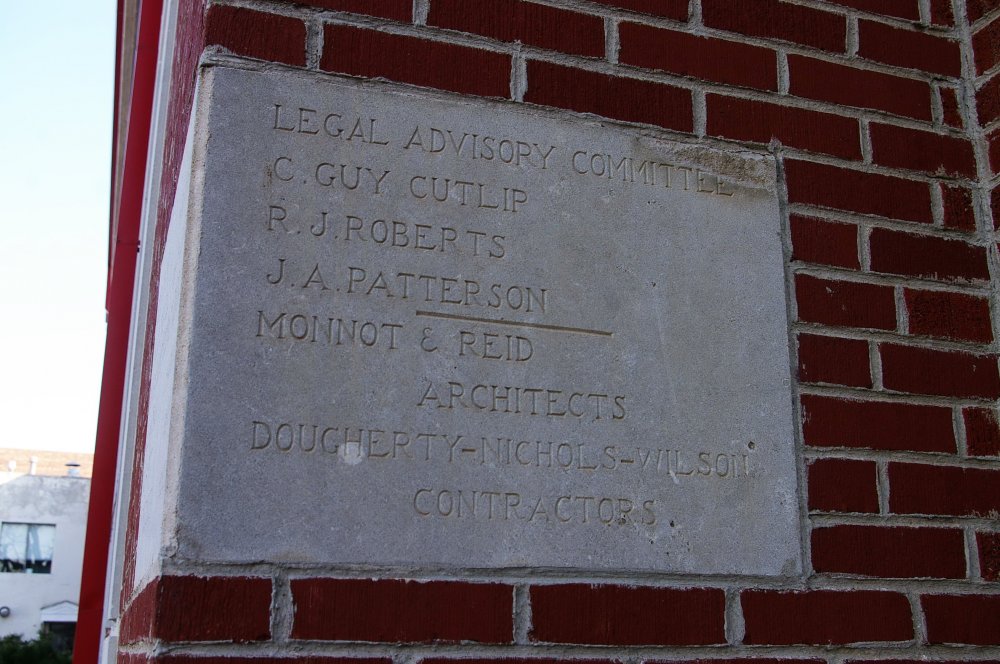 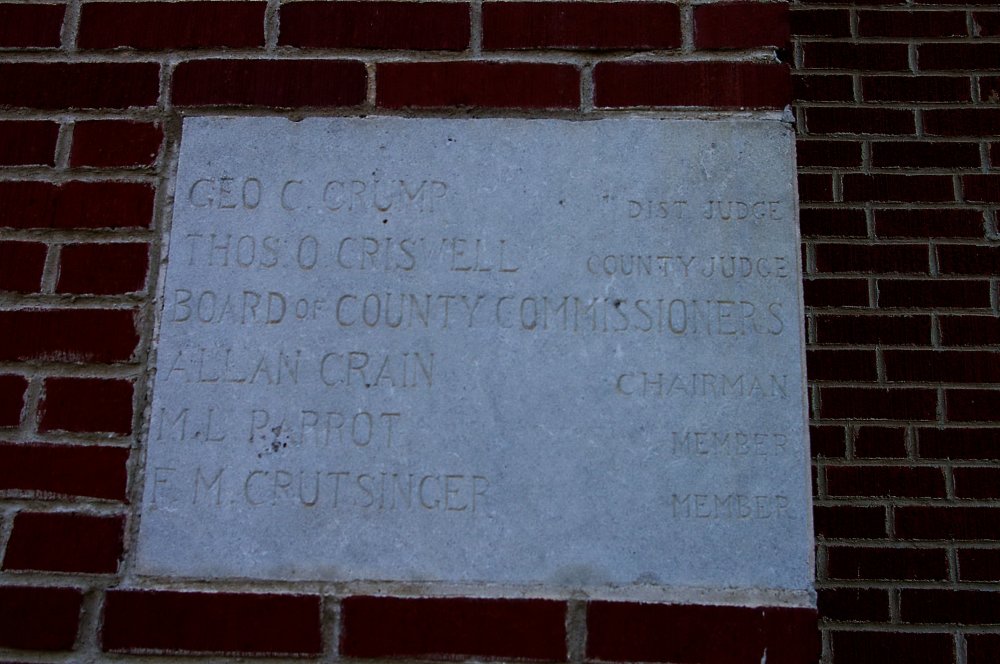 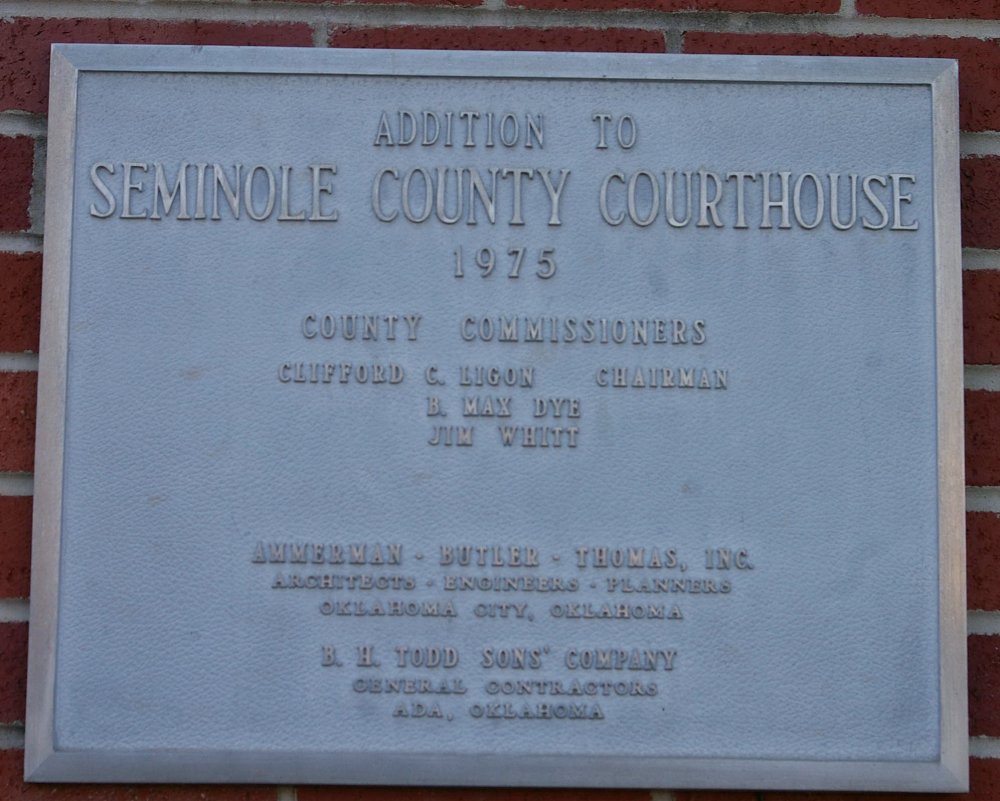