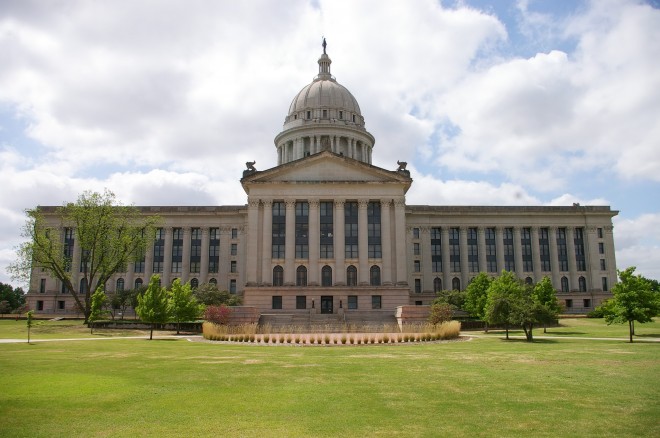 Architect:  Wemyss Smith and S  A Layton of Oklahoma City

Description:  The Oklahoma Supreme Court is housed in the State Capiol on the second floor of the west wing. The buildinng faces south and is a five story gray stone structure. The outside is made of Indiana limestone and the base is of Oklahoma pink and black granite. The floors are Alabama marble and the stairs and wall bases are Vermont marble. The north-south width is over 300 feet in length, and the east-west is over 422 feet in length. The Rotunda reaches 105 feet from the inlaid terrazzo State Seal on the first floor to a similar seal on the ceiling surrounded by leaded glass art work. On the south wall of the building, above the Grand Staircase, are three murals representing Oklahomans who gave their lives during World War I. The Oklahoma Supreme Court is divided into two parts. The Supreme Court is located in the west and the State Court of Criminal Appeals is located in the north wing of the second floor. 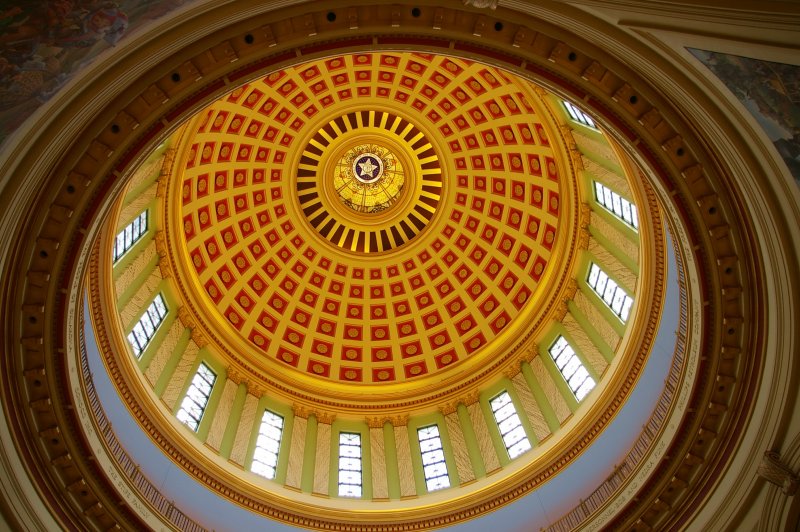 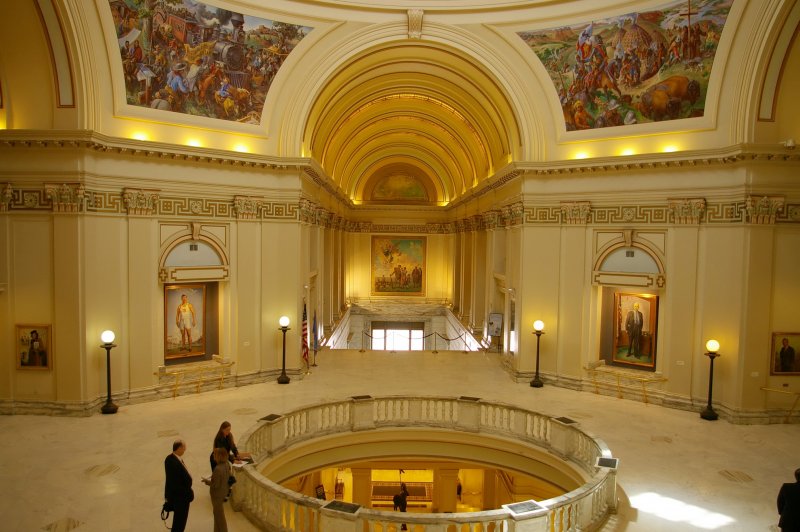