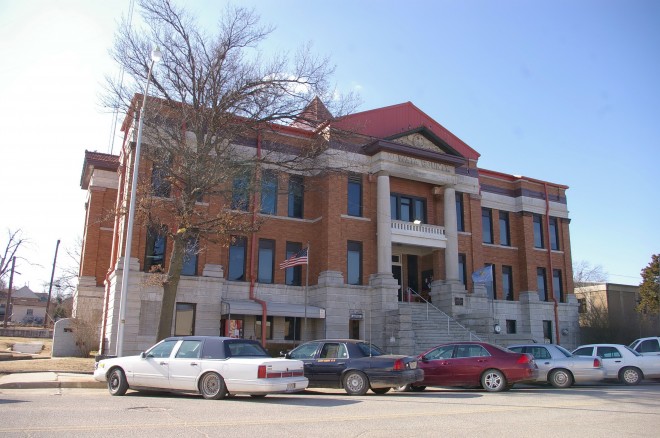 Nowata County is named for Nowata, which is the county seat and is a Delaware Native American word meaning “welcome” or a sign posted that there was no water at a local spring.

Description:  The building faces east and is a two story red colored brick, stone  and concrete structure. The building is located on landscaped grounds in the center of Nowata. The east front has steps ascending to the second story and has a portico with two columns rising to the top of the third story with a balcony on the third story and a small pediment above. There is a small cupola on the center of the roof. The base of the building is course stone. There is a red colored tile hipped roof. In the interior, the District Court courtroom is located on the third story.  The building houses the County District Court of the 11th Judicial District.

See:  The only other courthouse with a red colored tile roof is in Grant County.

History:  The county was created in 1907 and Nowata was selected as the county seat. The first courthouse was the third story of the National Bank of Nowata Building. Fire destroyed the building in 1909 and the second courthouse was a small building, the Virginia Building, on Davis Street. The third and present courthouse was constructed in 1912 to 1913 at a cost of $69,595. 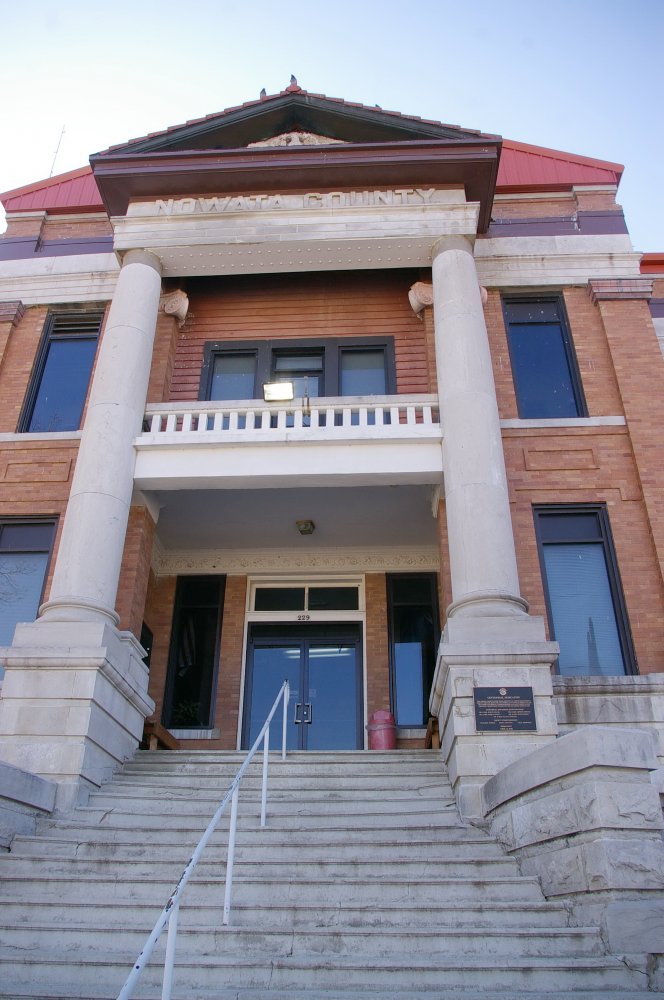 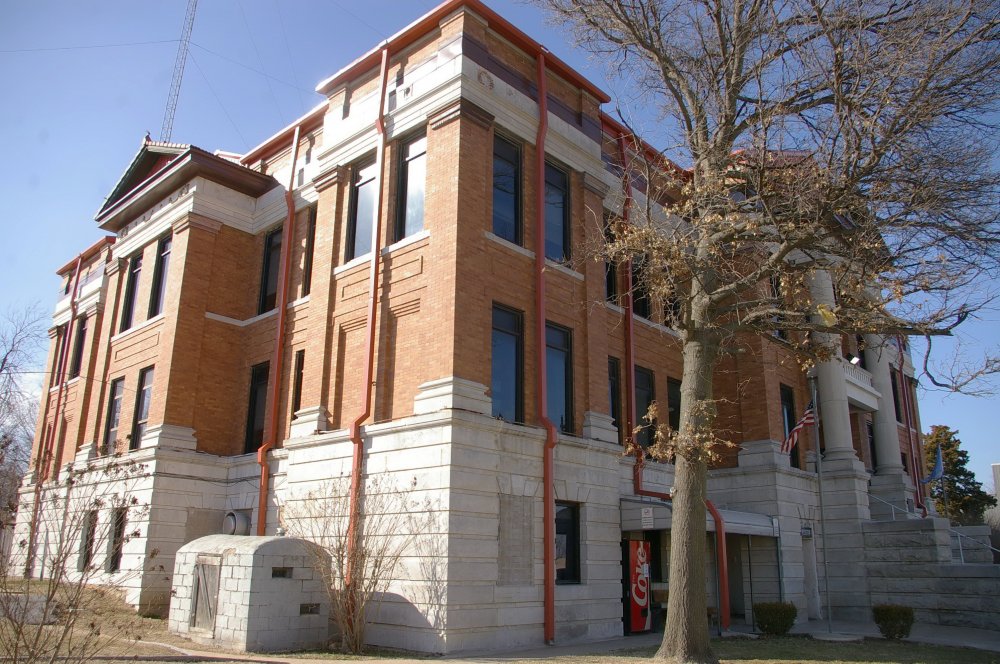