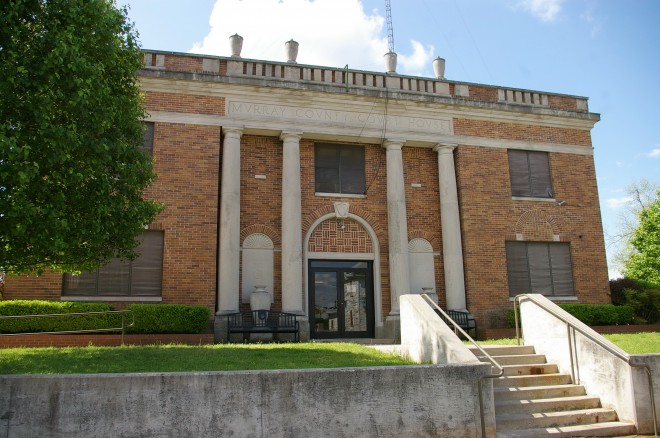 Murray County is named for William Henry David “Alfalfa Bill” Murray, who was the ninth Governor of the State of Oklahoma.

Description:  The building faces north and is a two story buff colored brick, stone and concrete structure. The building sits on a slight rise of landscaped ground in the center of Sulphur. The north front facade incorporates four concrete Tuscan columns and a series of brickwork arches above the central doorway and ground story windows. The central section of the front facade, delineated by the columns, is slightly recessed. Two large concrete urns accent shall niches, one on either side of the front door. The arch above the new metal and glass front door features a patterned keystone and a parquet pattern of brickwork within the arch. The concrete frieze is inscribed, “MURRAY COUNTY COURT HOUSE.” Above the frieze is a projecting cornice, which is surmounted by a balustrade parapet. Four decorative concrete torches highlight the parapet, one above each of the four columns of the entranceway. The roof line is flat. The courtroom is located on the first story. The architect was Jewell Hicks and the contractor was W L Scott. The building was remodeled in 1991.

History:  The county was created in 1907 and Sulphur was selected as the county seat. The county rented office space and the first courthouse was a two story frame building occupied in 1912. The second and present courthouse was constructed in 1923 to 1924. 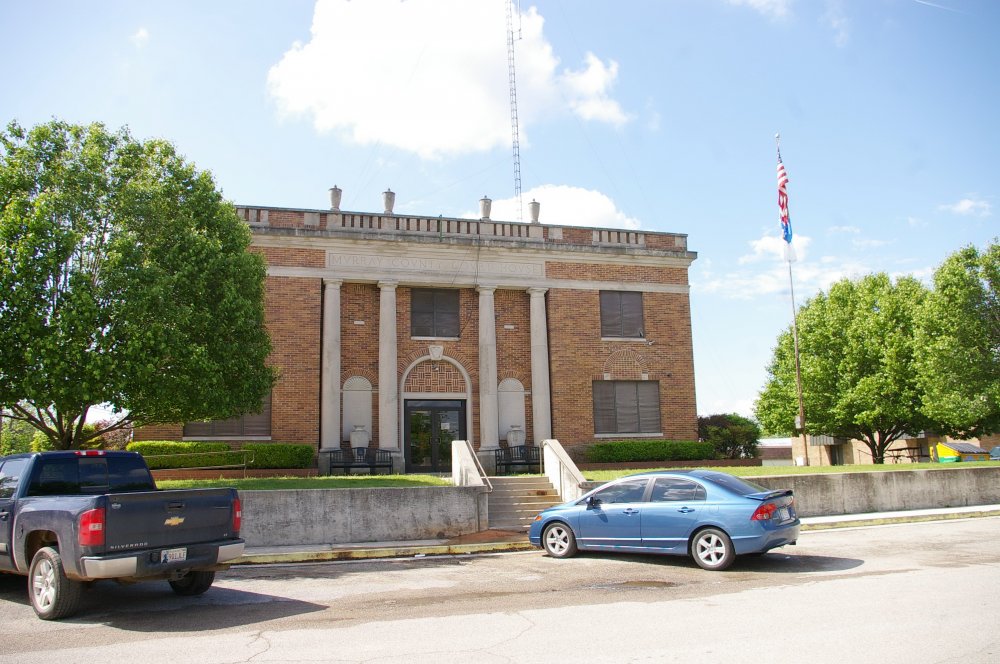 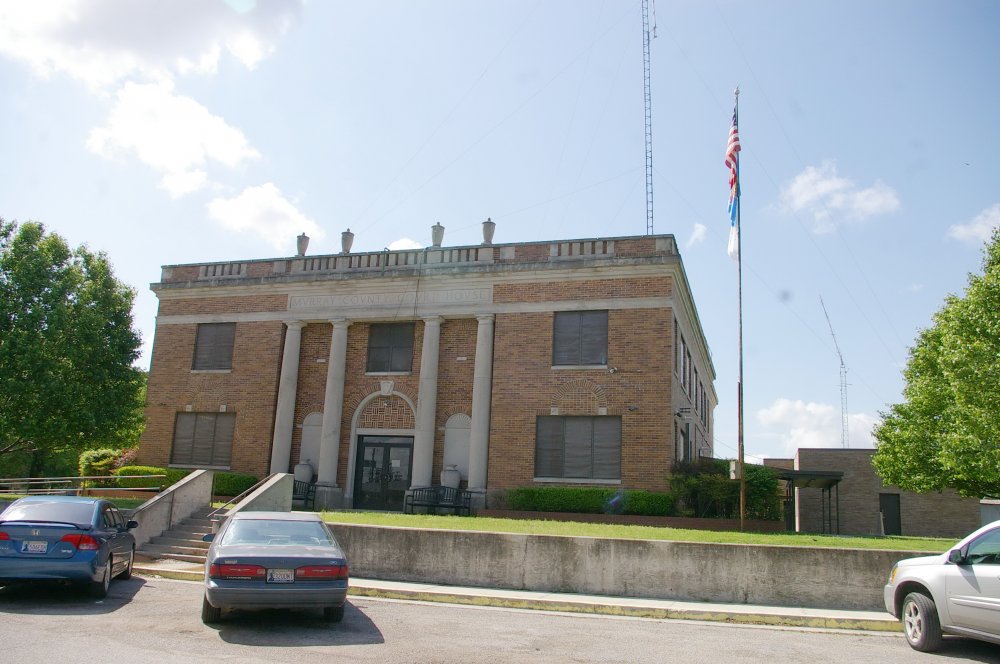 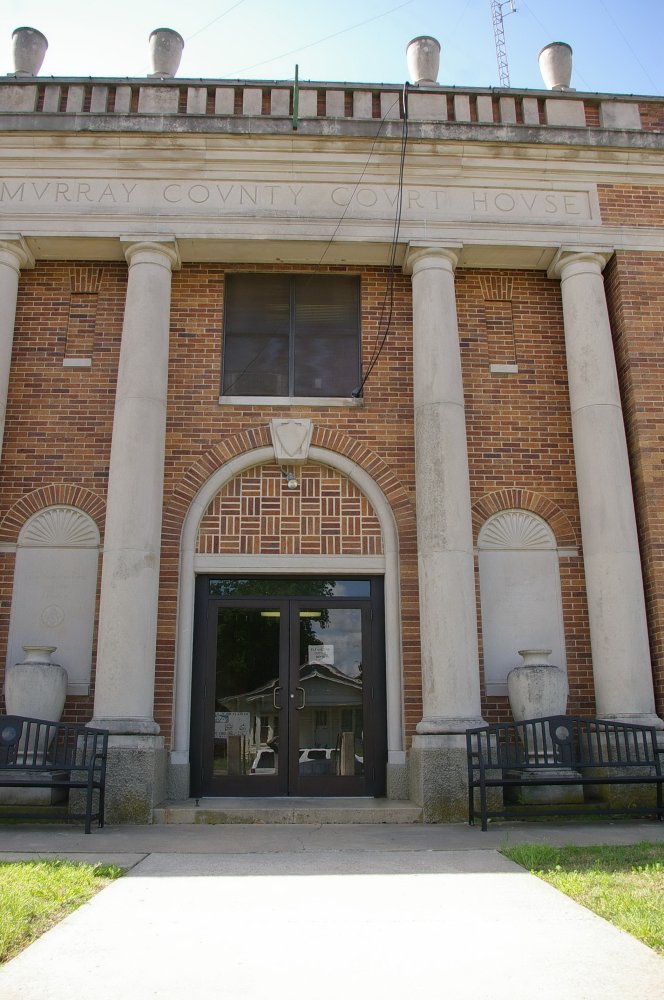 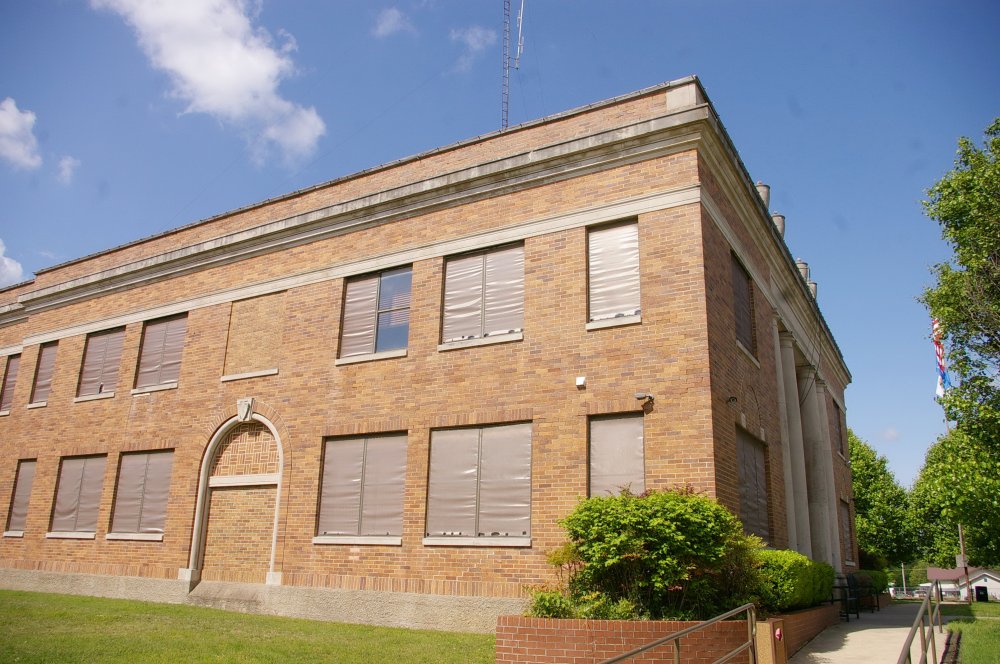 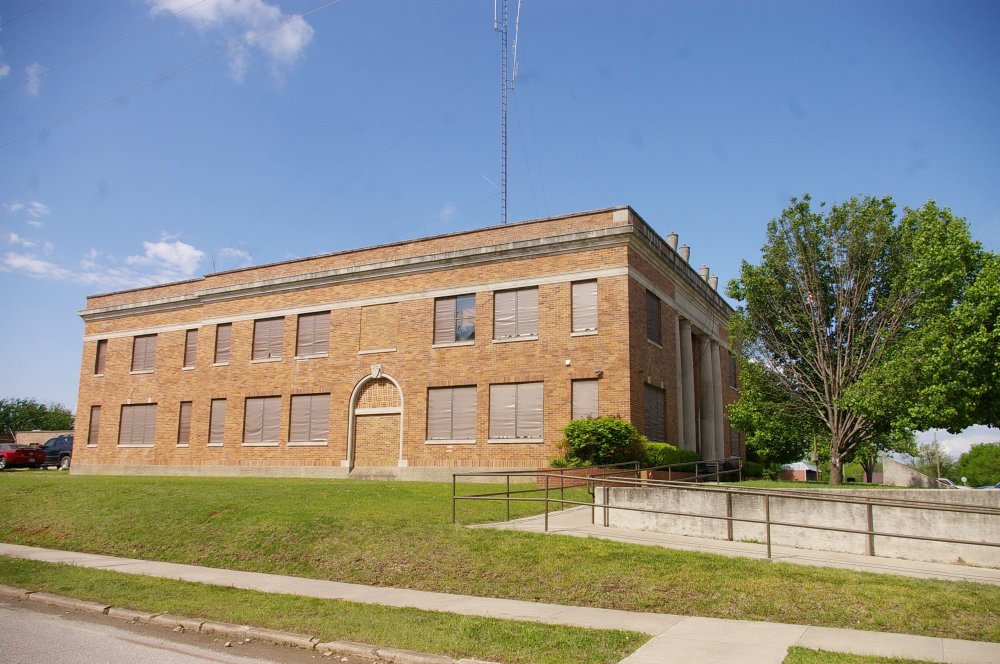 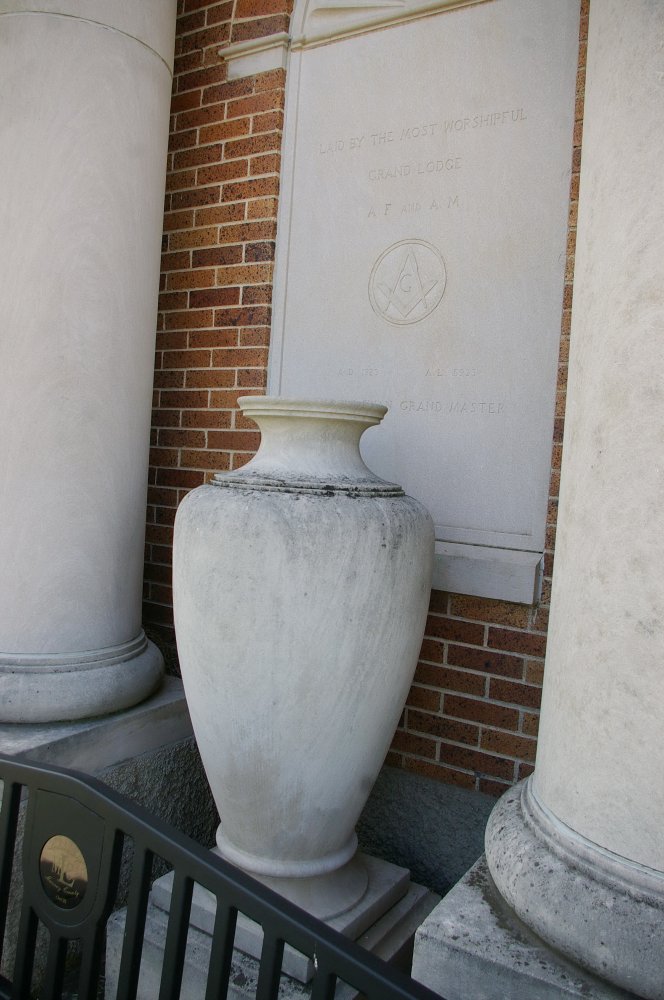 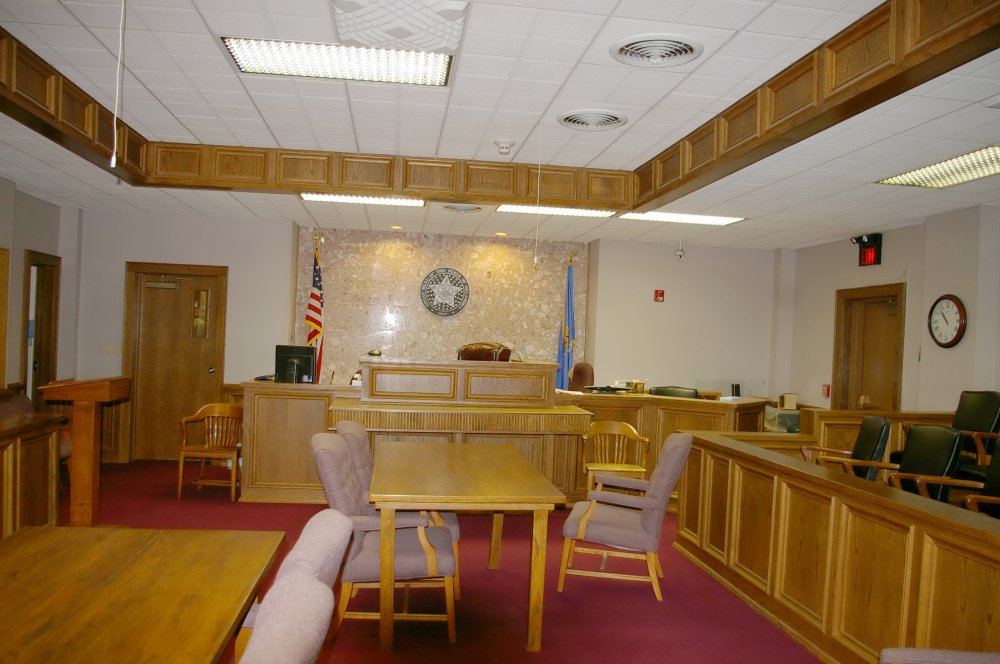 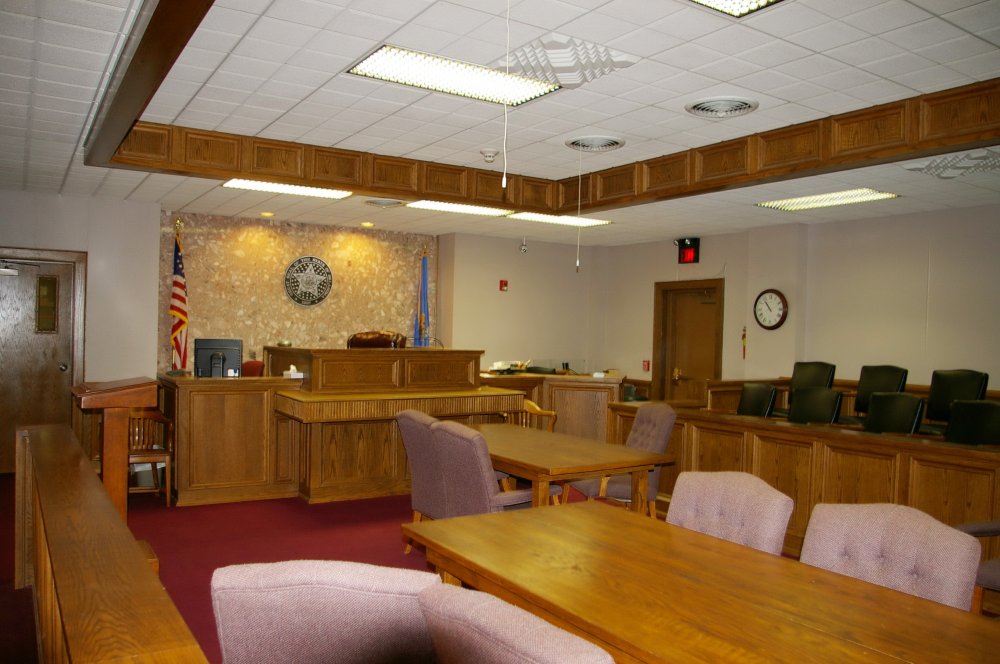 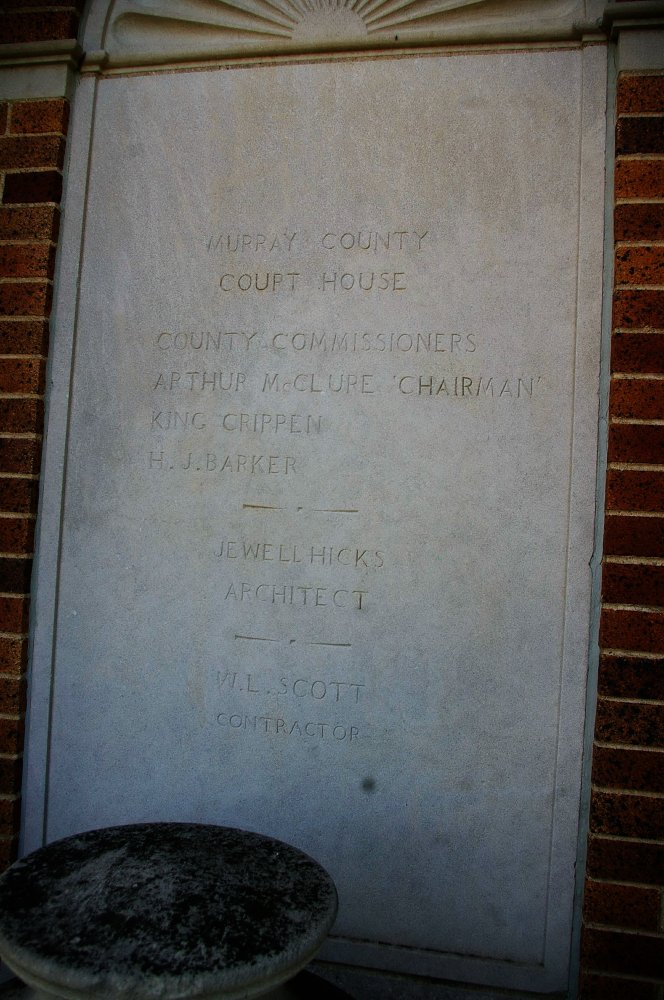 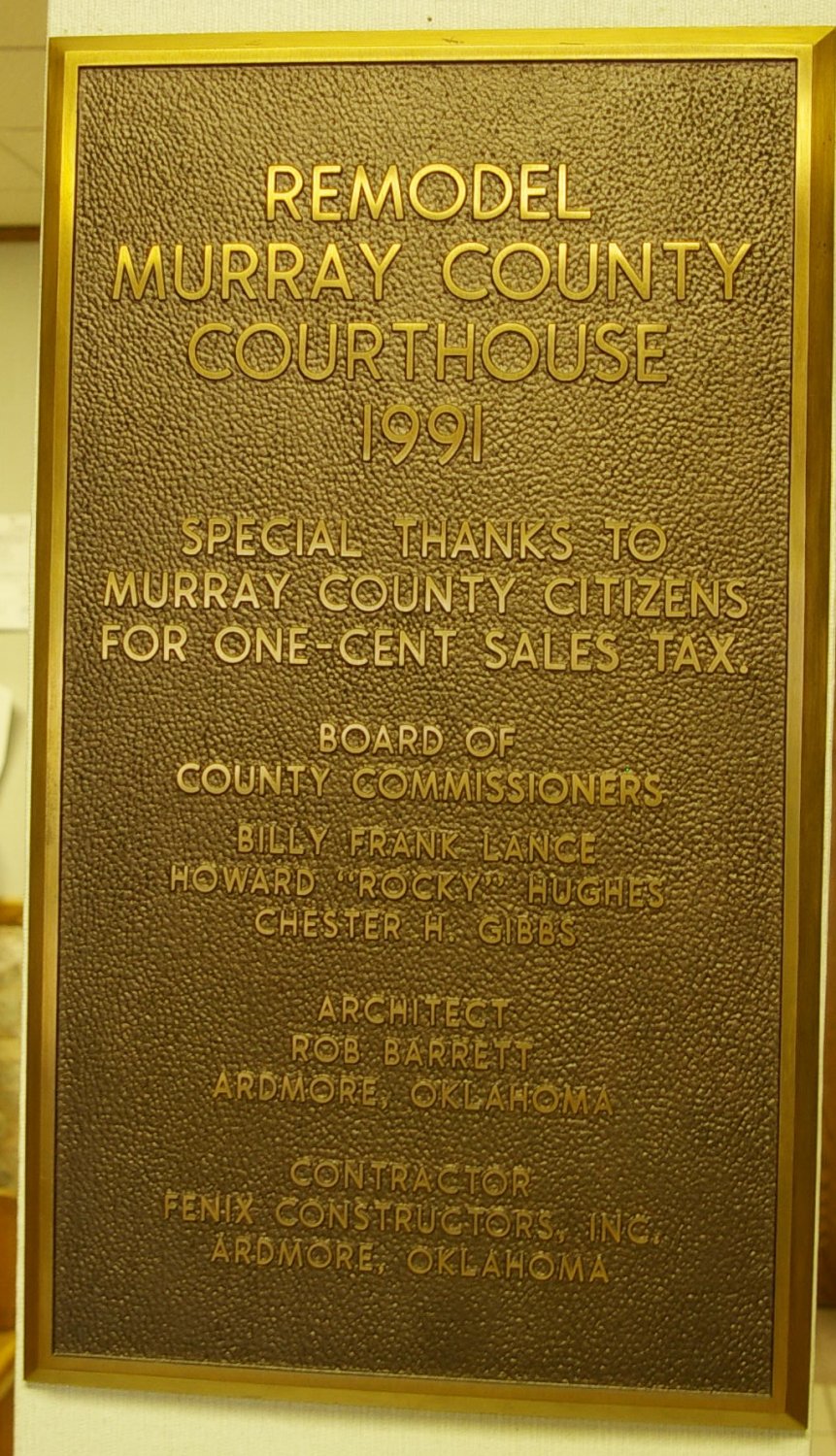