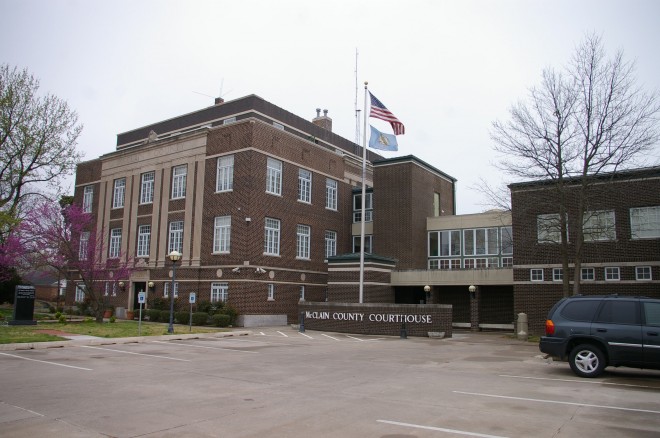 McClain County is named for Charles M McClain, who was at the constitutional convention.

Description:  The building faces north and is a three story brown colored brick and concrete structure. Each side of the building has ornamentation consisting of a central facade of four pairs of fluted pilasters framing three window bays on the second and third stories. These pilasters support a stone cornice and frieze which extends only to the outermost pilasters. The frieze of the north front facade is inscribed, “MCCLAIN COUNTY.” The entranceways are centered on the ground level on each of the four sides of the building and are slightly recessed and framed with white stone slabs, A series of round, white colored medallions decorate the building above the windows of the ground floor. Windows are multi-pained. A partial attic story constructed of shaped, reinforced concrete slabs houses the jail. The building has a flat roof line.  An addition was added on the west side in 1994. 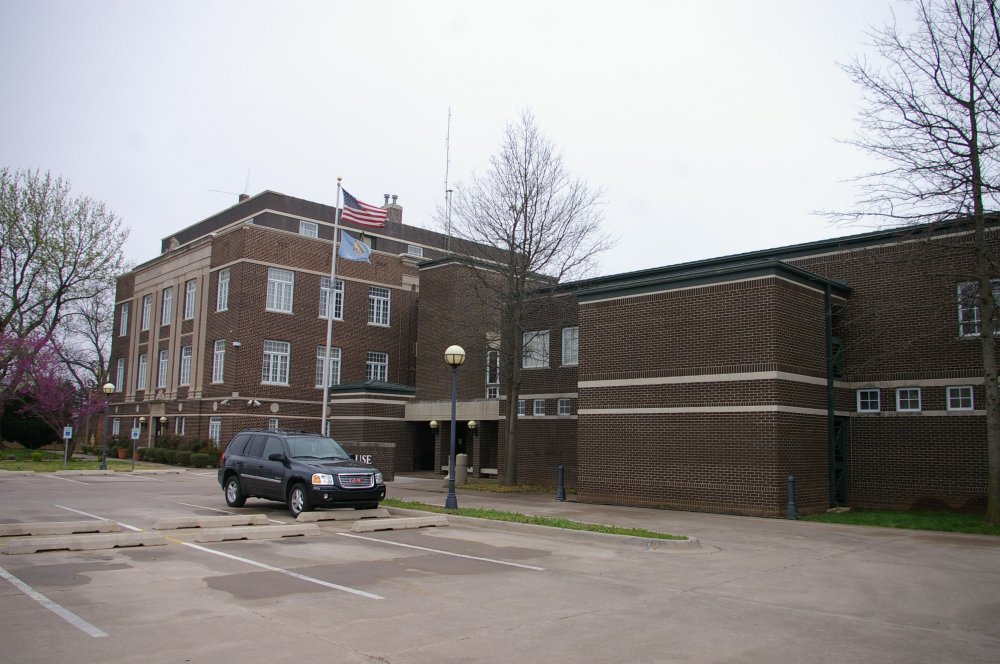 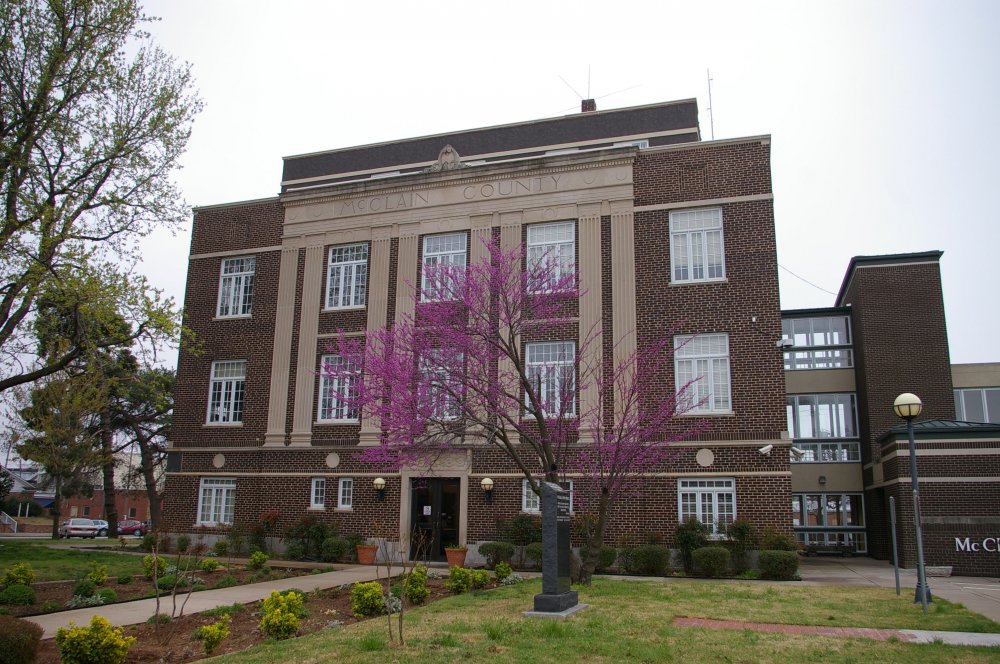 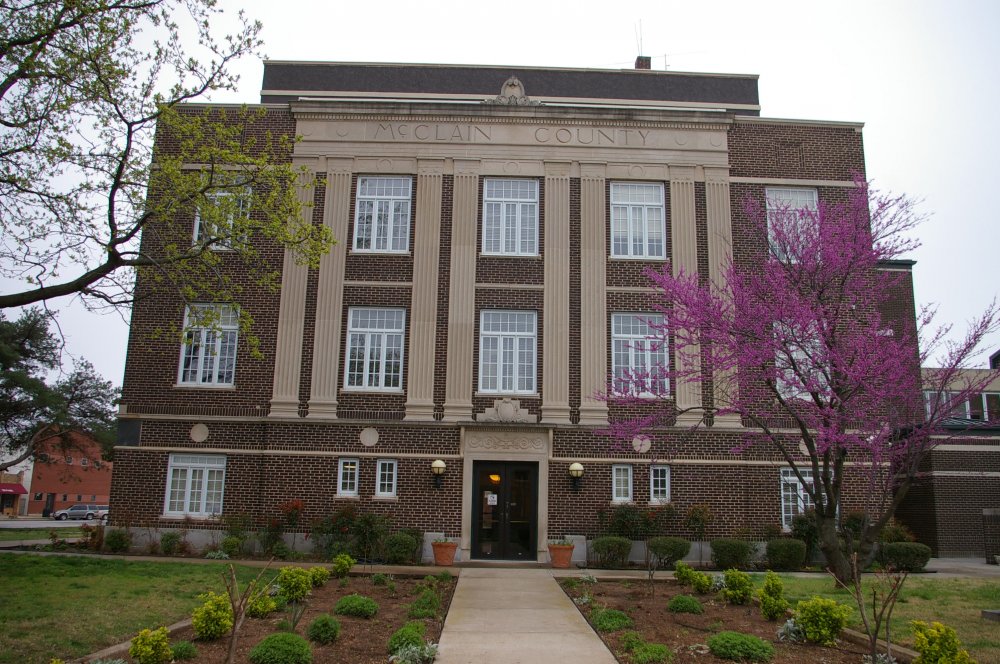 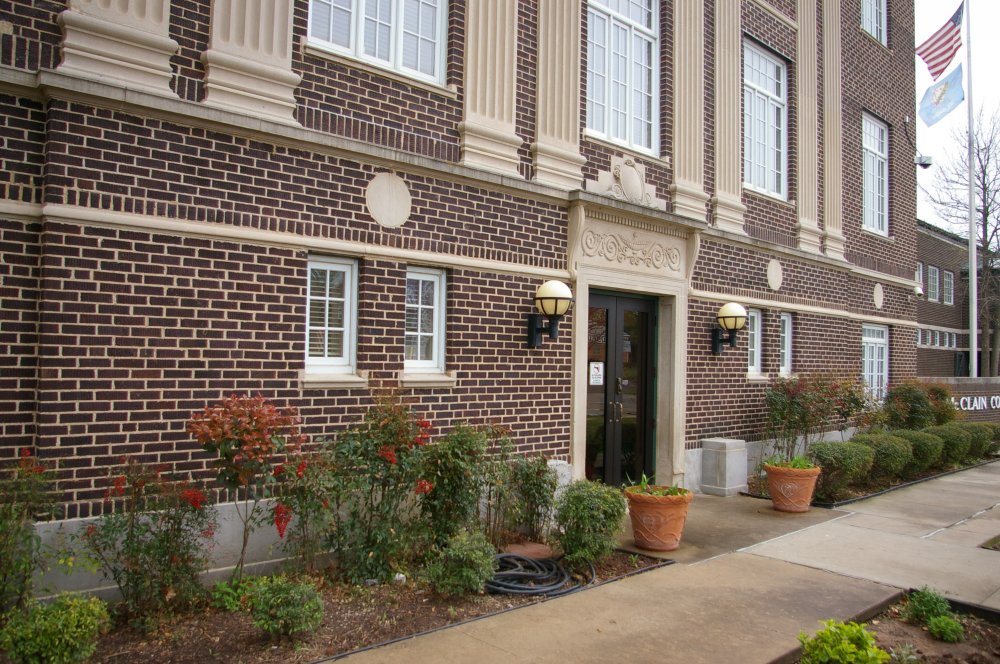 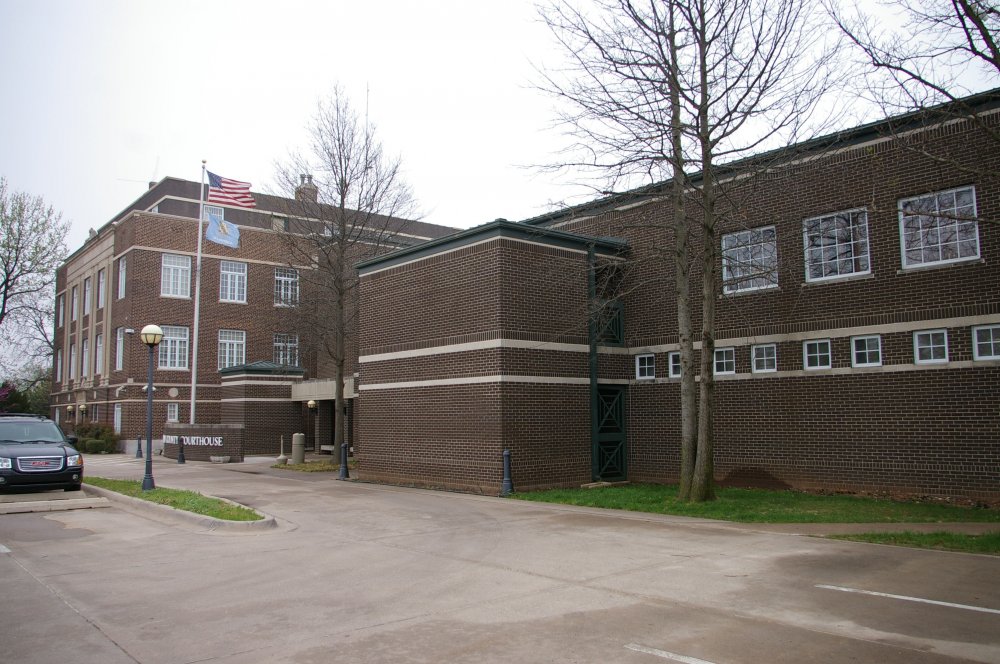 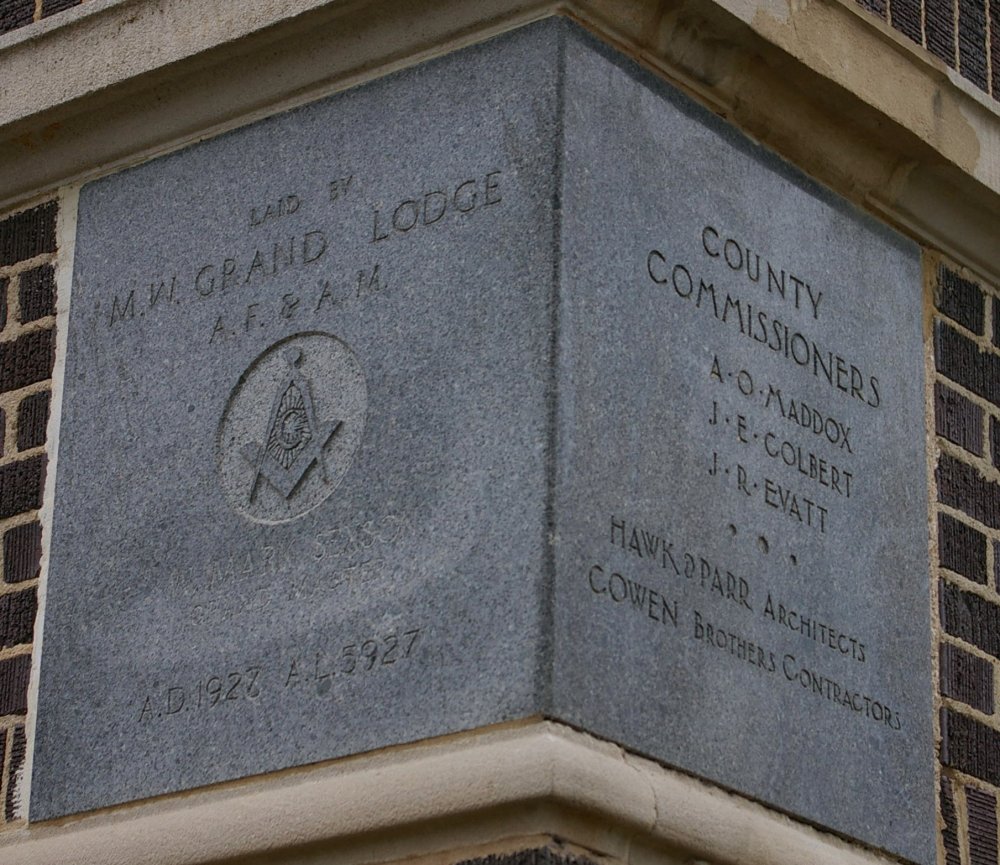 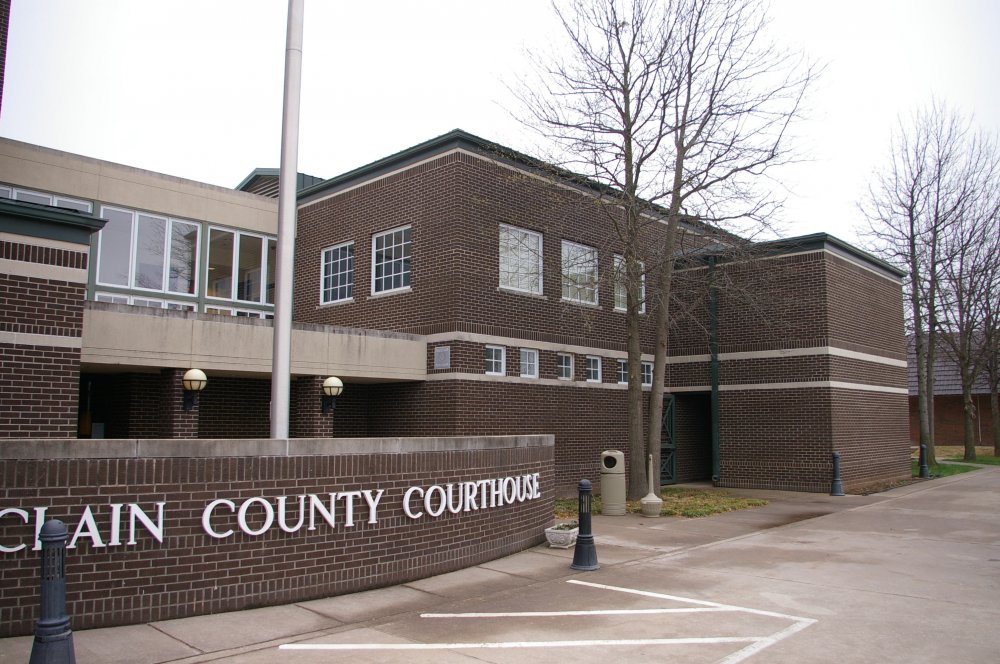 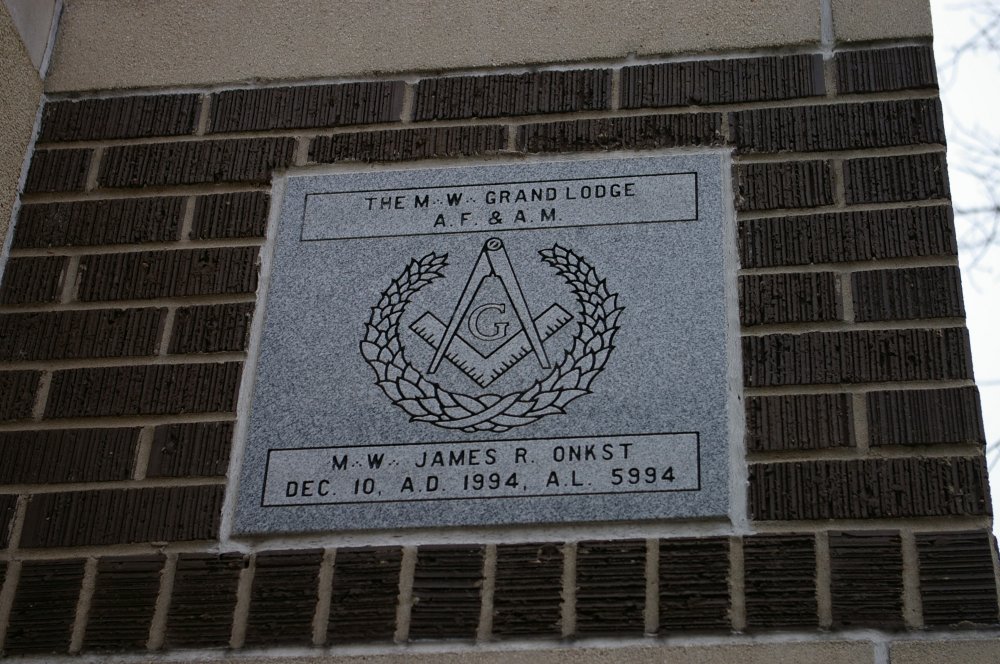