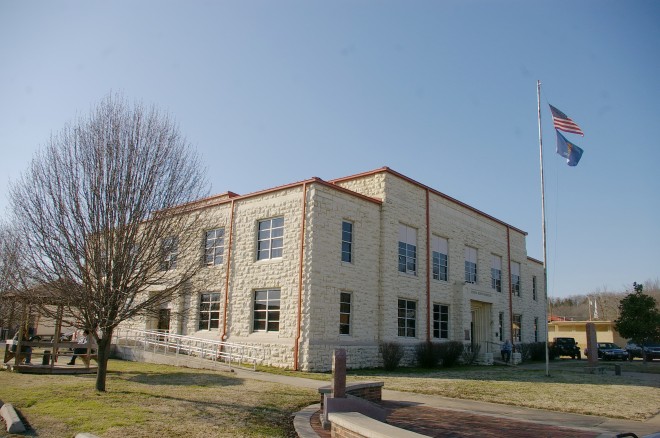 Latimer County is named for James S Latimer, who was a member of the Oklahoma Constitutional Convention.

Description: The building faces east and is a two story course stone and concrete structure. The building is located on landscaped grounds in the center of Wilburton. The center section rises higher than the north and south wings. The central entrance is framed with concrete trim. The roof line is flat. The building houses the County District Court of the 16th Judicial District. The building was remodeled in 1968. The architect was Morgan-Tyson-Mills & Associates of Tulsa and the contractor was Bloomfield Construction Company.

History:  The county was created in 1907 and Wilburton was selected as the county seat. In 1915, the first courthouse was the Great West Coal & Coke Building at 701 East Main Street which was built in 1903 and remodeled by architect C Hair & Company for use as a courthouse. The building was destroyed by fire in 2002. The second courthouse was constructed in 1938 to 1939. 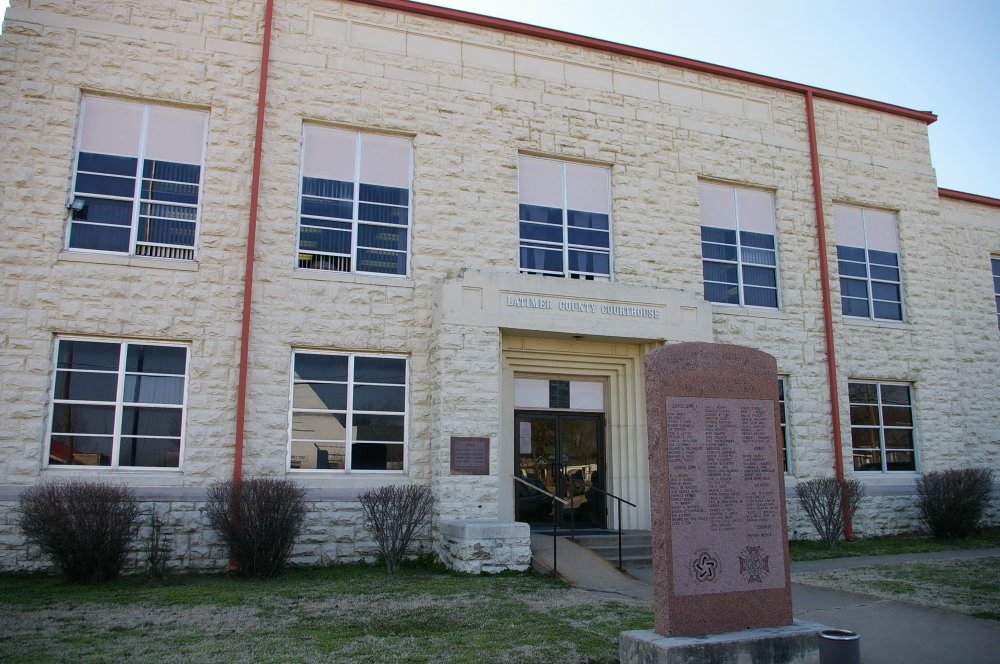 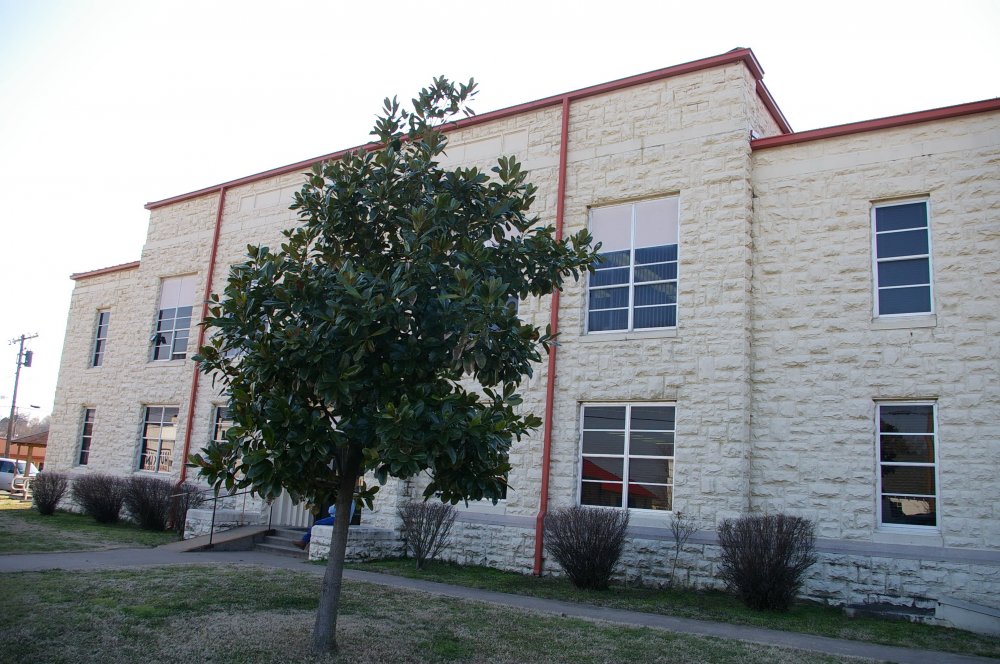 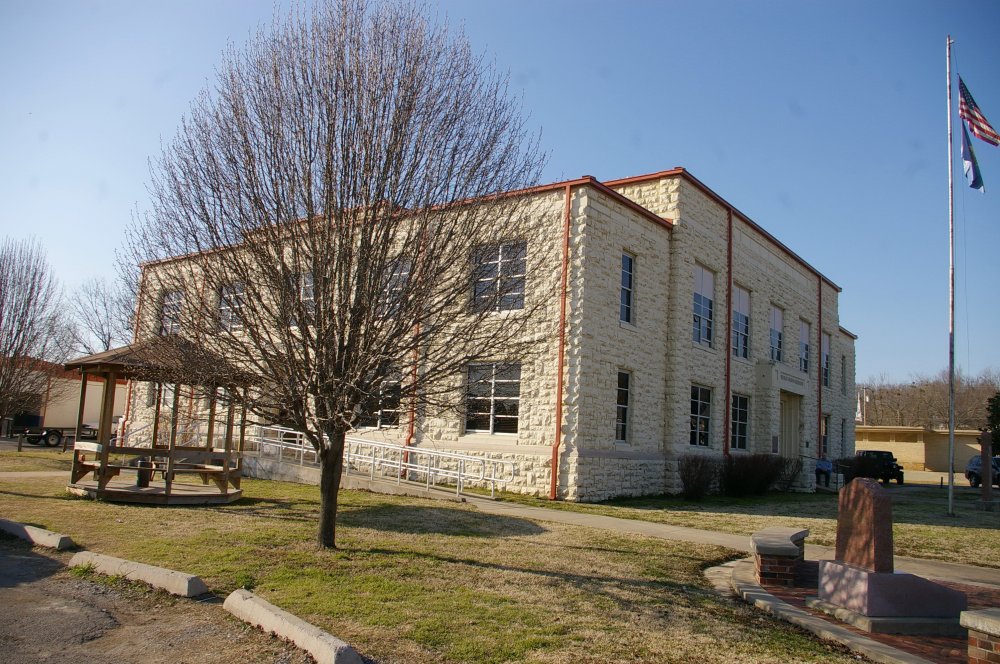 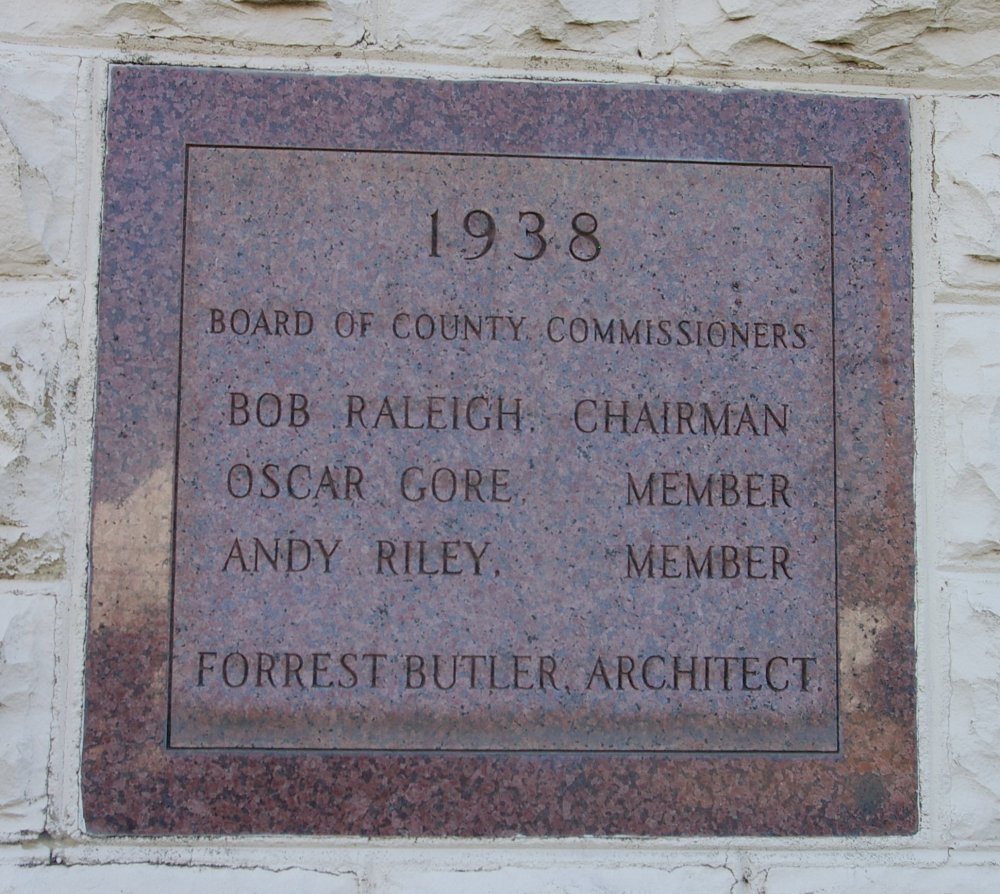 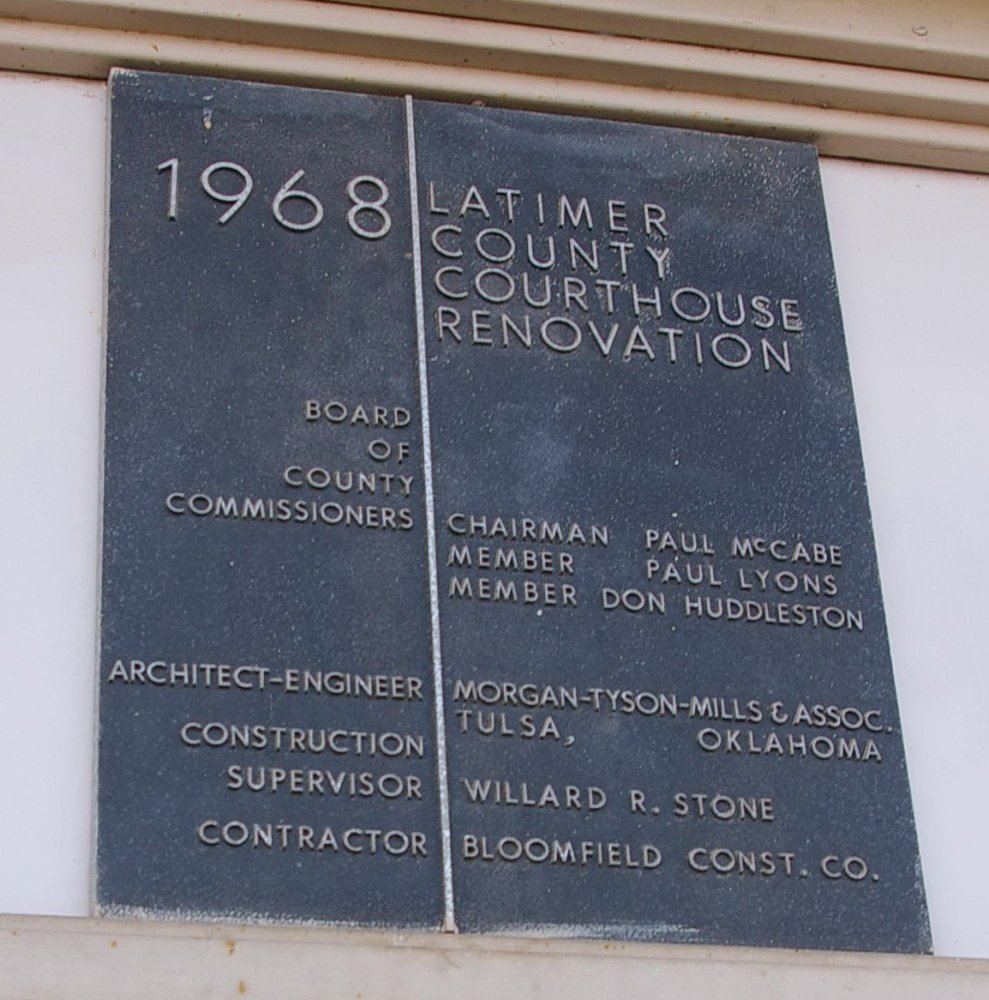