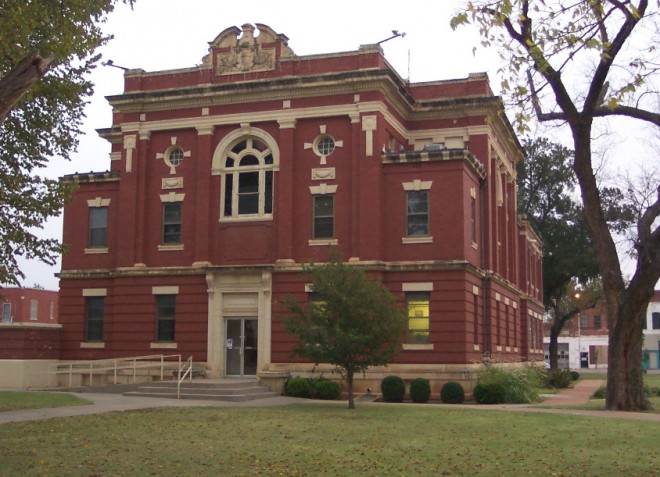 Kiowa County is named for the Kiowa Native American tribe who resided in the region.

Description:  The building faces west and is a three story dark red colored brick, stone and concrete structure. The building is located on spacious landscaped grounds of the Courthouse Square in the center of Hobart. The west front has a projecting center section with entrance on the first story. The building has a basement and on the ground floor is a rusticated facade. Each side of the building has a large, central arched window. These windows are approximately 20 feet high and have a stone, eyebrow-like heading. A small, round window is located on either side of the arched window. All windows have wooden sashes, painted a green color. At the top is a stone parapet with ornamentation. The north and south side sections are lower. A wide cornice runs below the roof line which has a recessed third story. The roof is hipped. The courtroom is located on the west side of the second story. The eastern section of the building was constructed shortly after the main building. The building was remodeled in 1972 after a fire destroyed the second story. The architect was Hudgins Thompson Ball & Associates and the contractor was Vaughan Construction. On the northeast side is the red colored brick County Sheriff’s Office.

History:  The county was created in 1901 and Hobart was selected as the county seat. The county used rented premises until the first and present courthouse was constructed in 1904 to 1905. 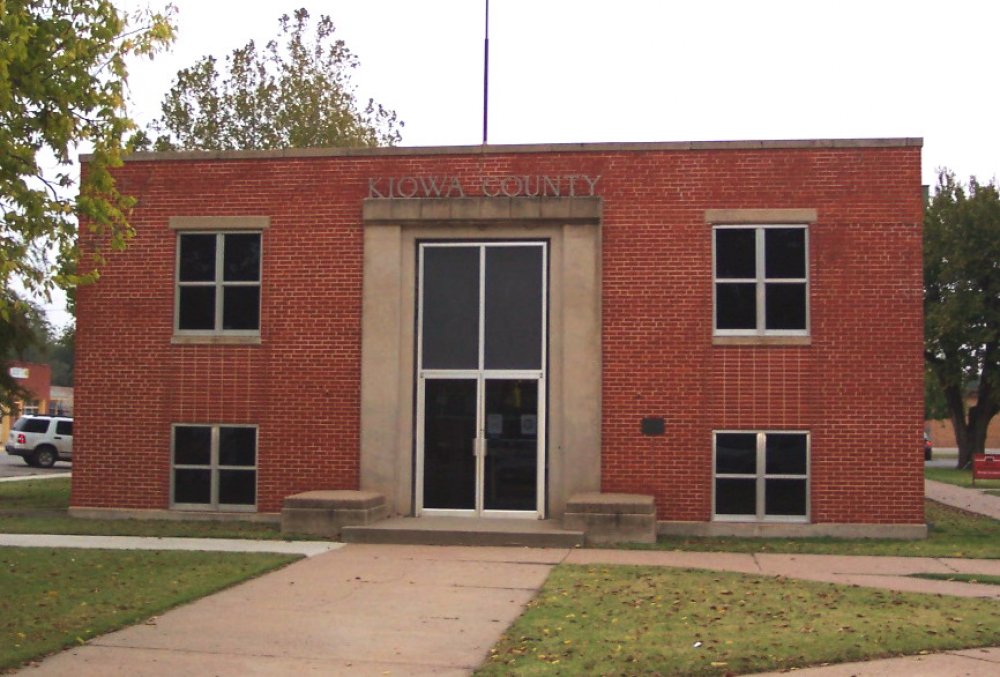 Description:  The building faced west and was a two story red colored brick and concrete structure. The rectangular building was located on the northwest corner of the sapacious landscaped grounds of the Courthouse Square in the center of Hobart, and had a central glass entrance framed by concrete on the west front. The roof line was flat. The building was located on the north side of the courthouse and was demolished in 2011. 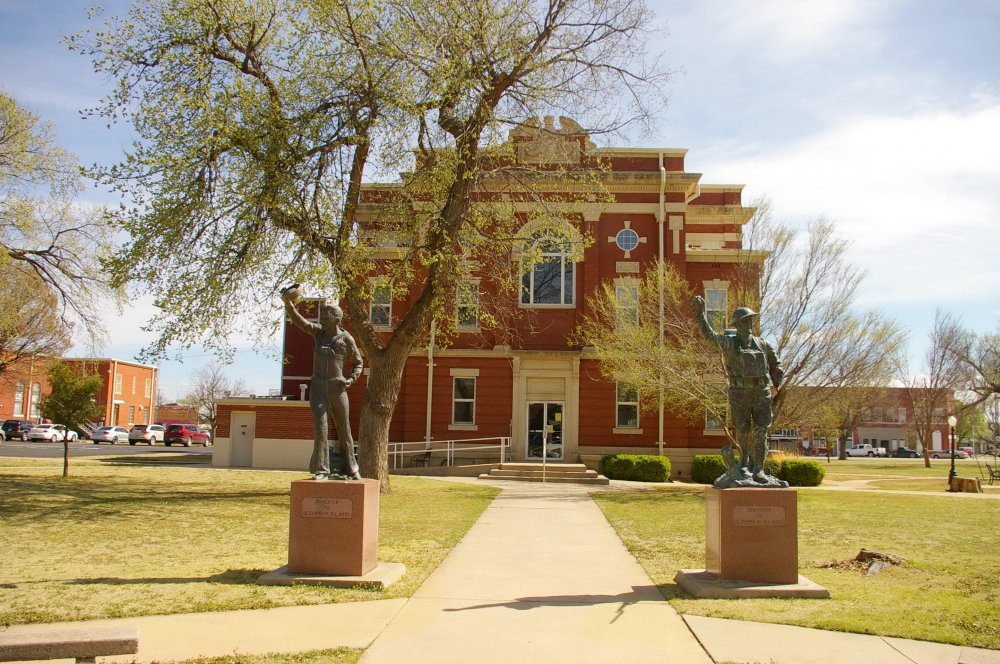 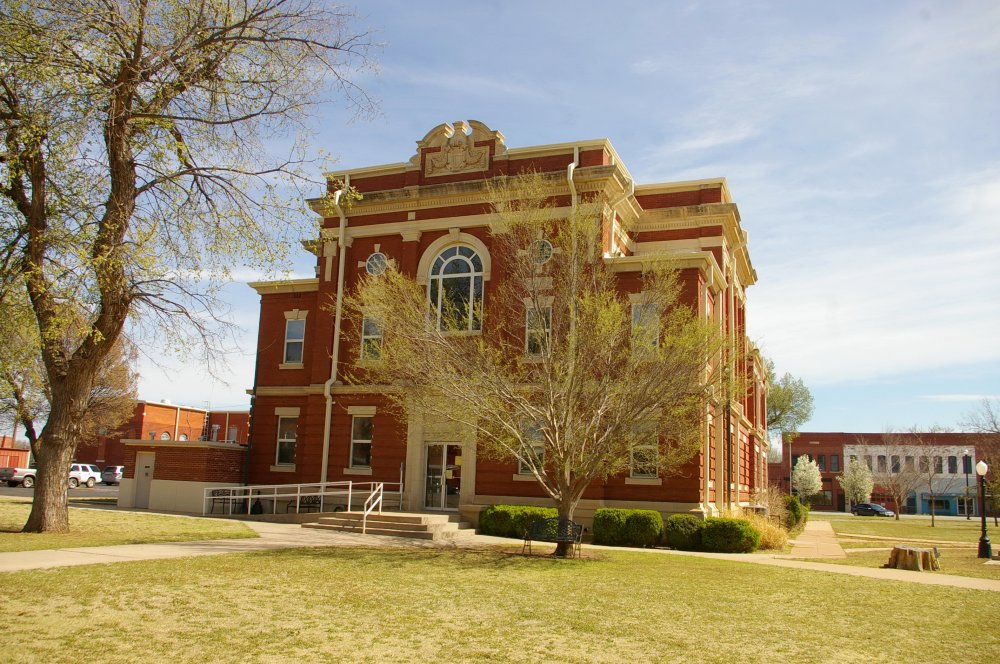 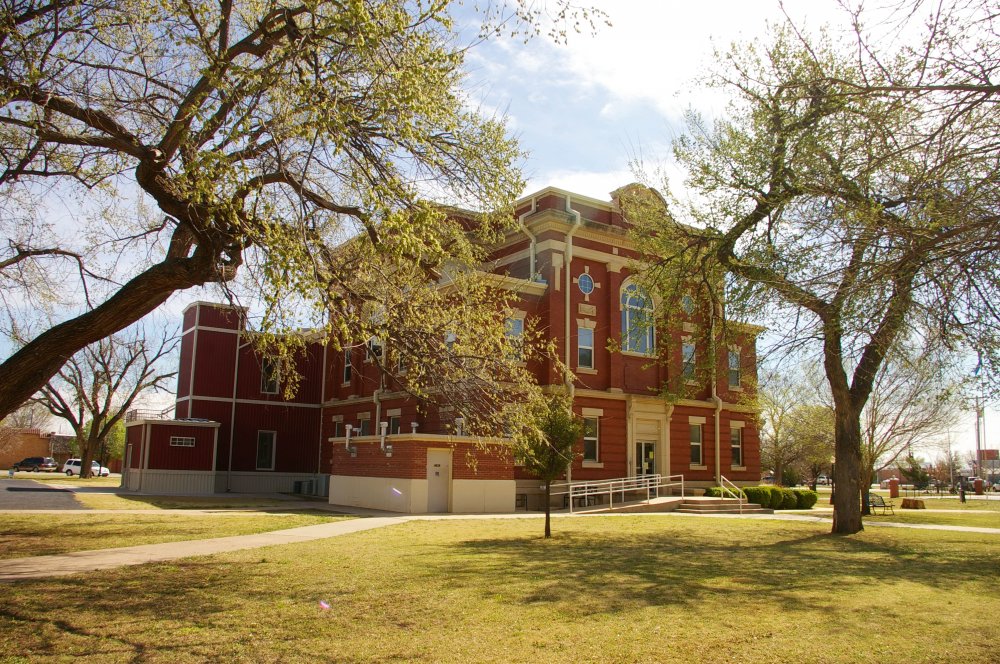 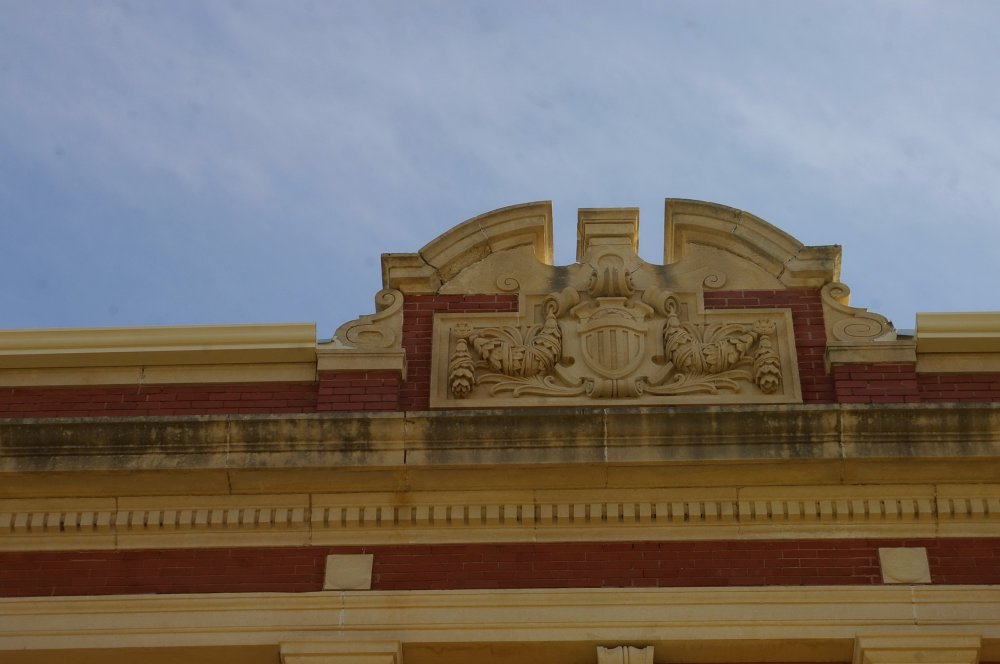 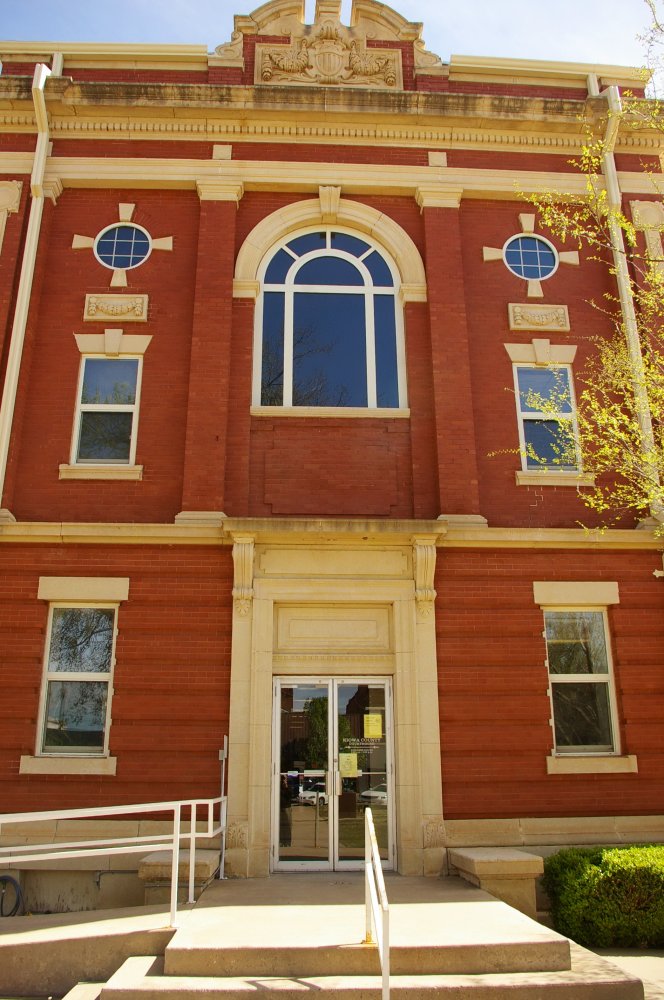 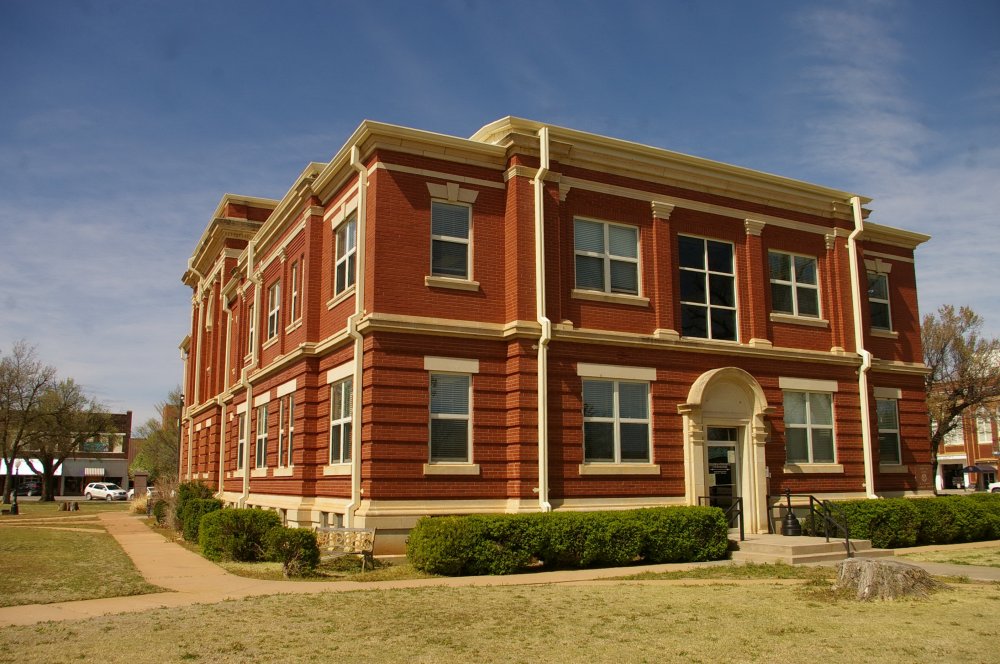 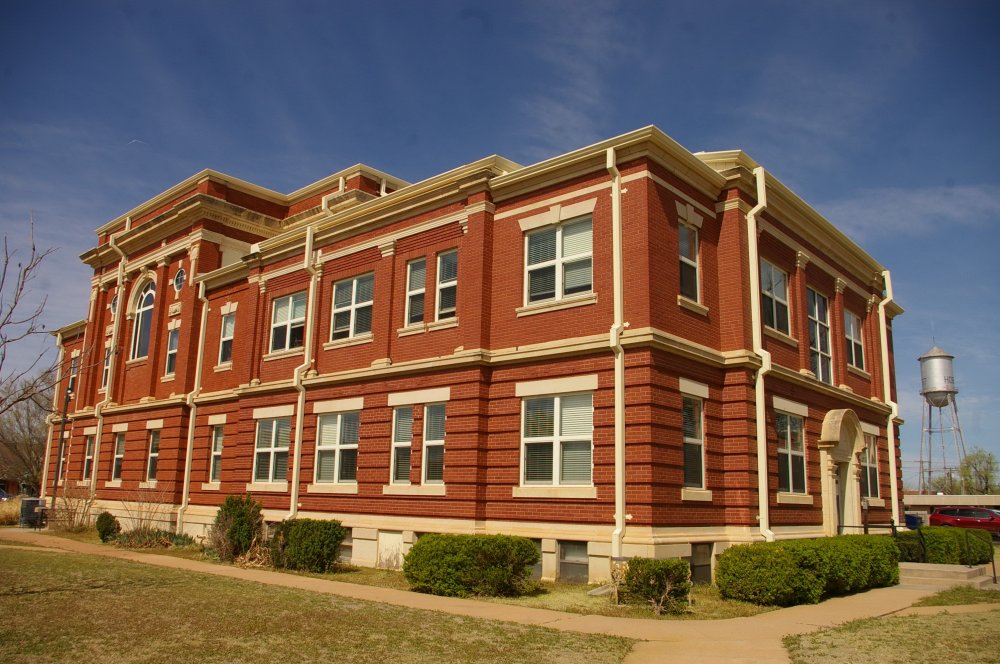 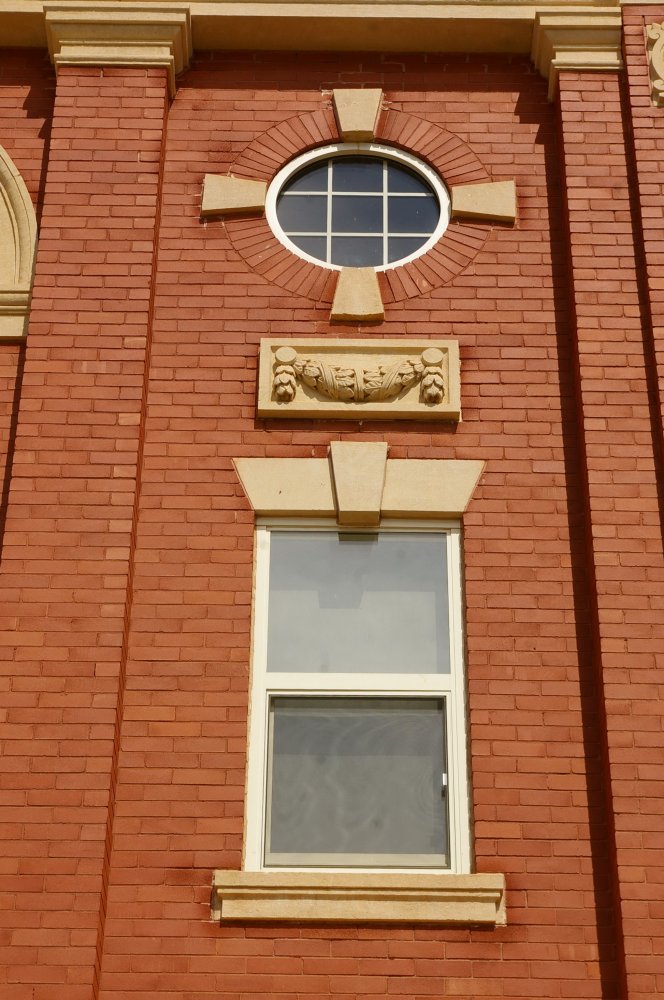 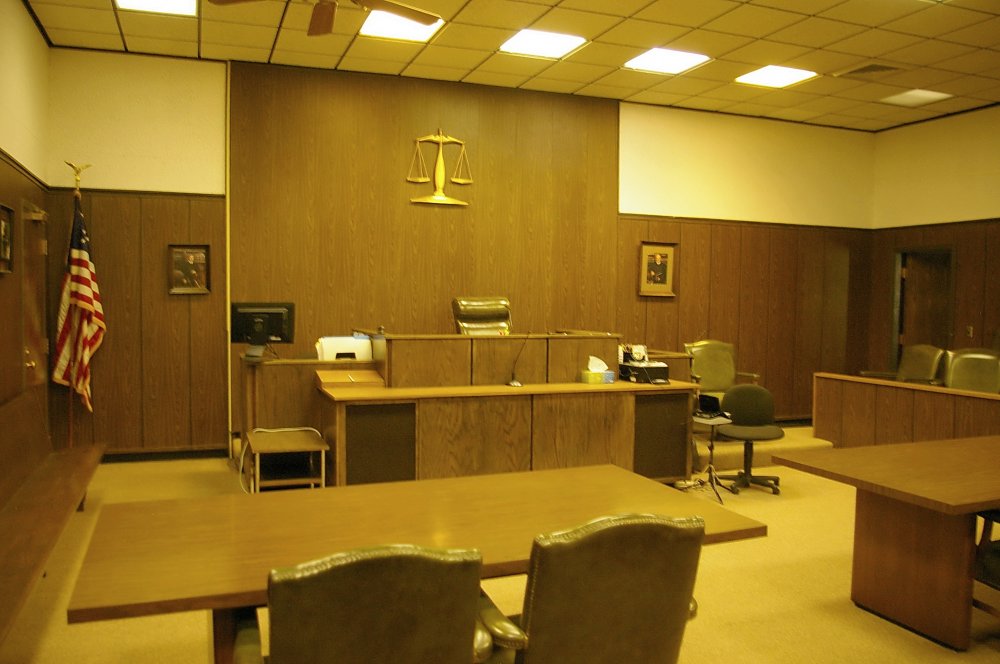 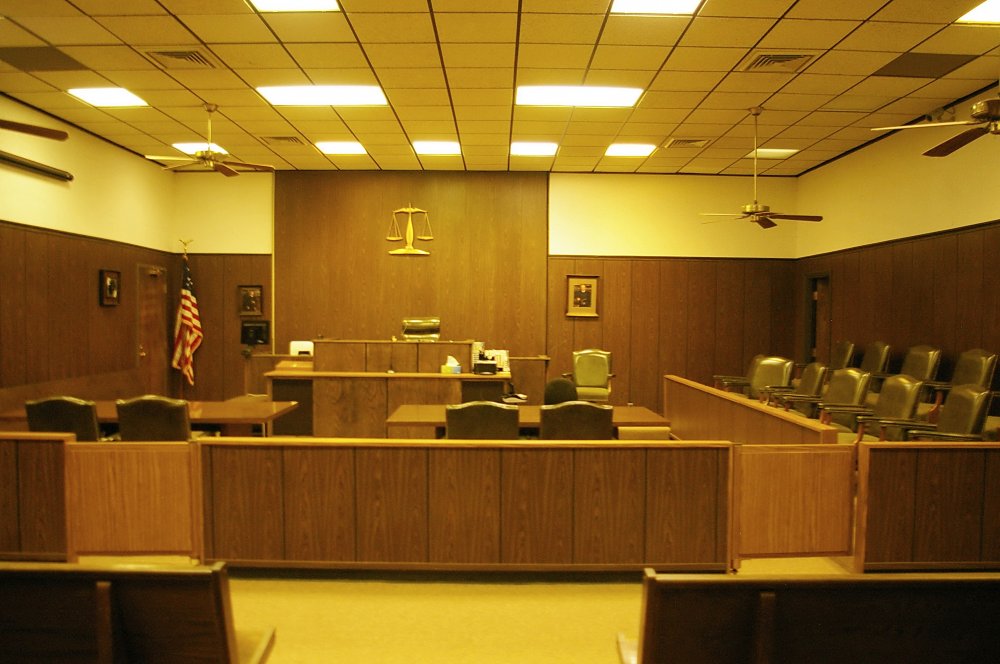 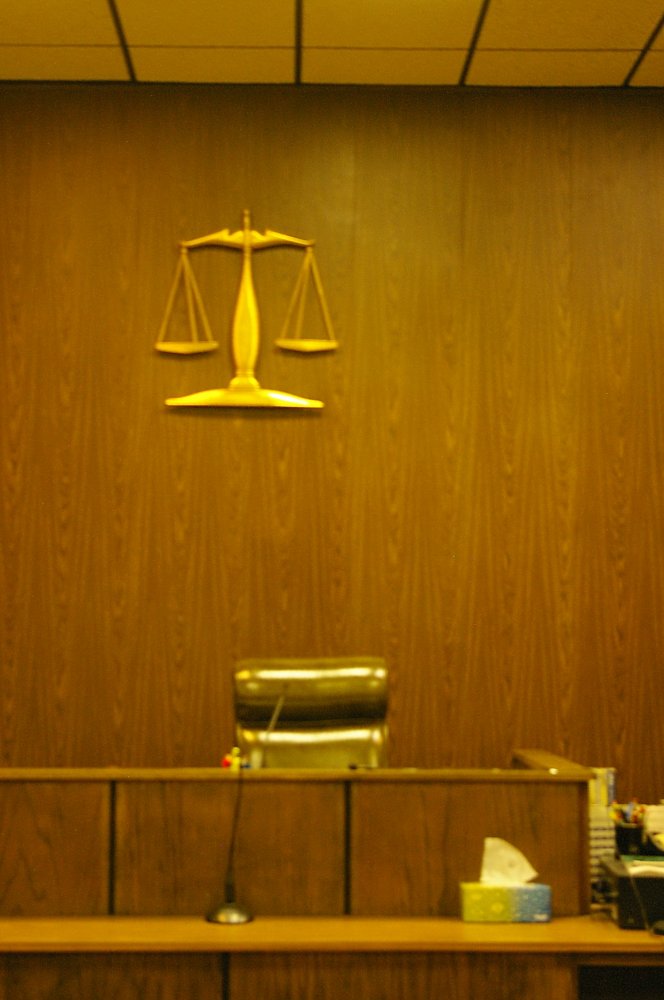 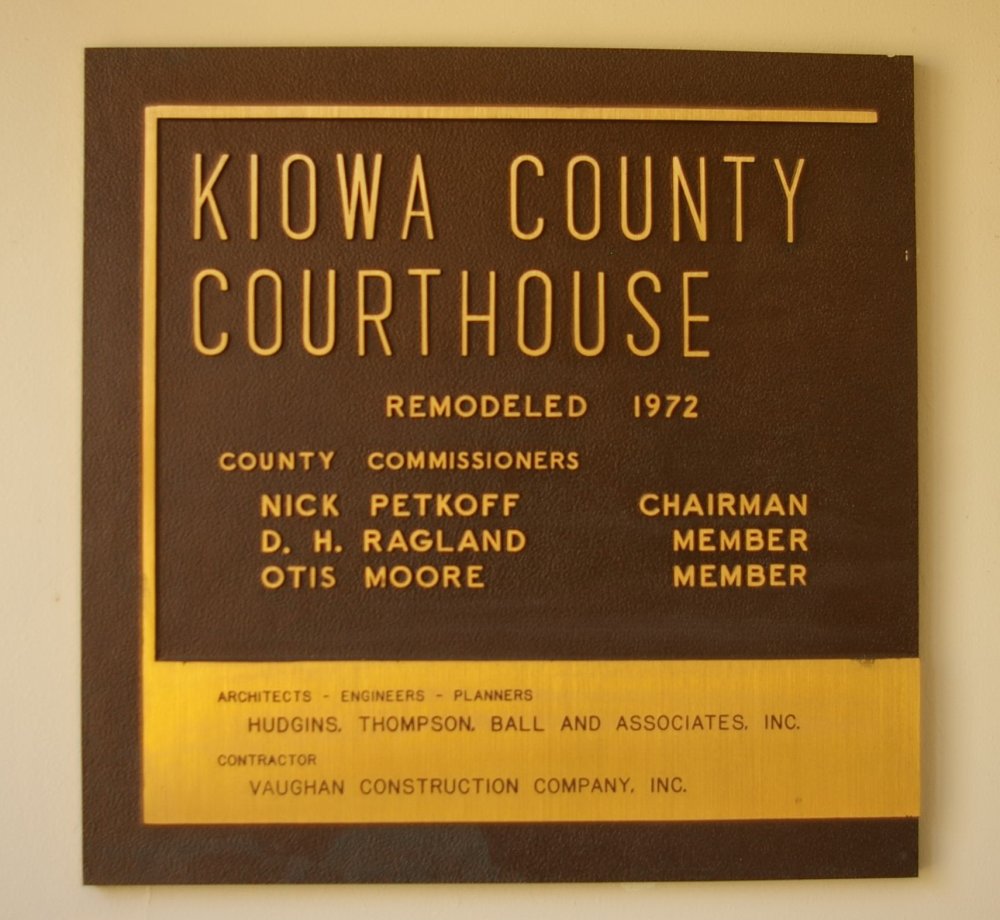 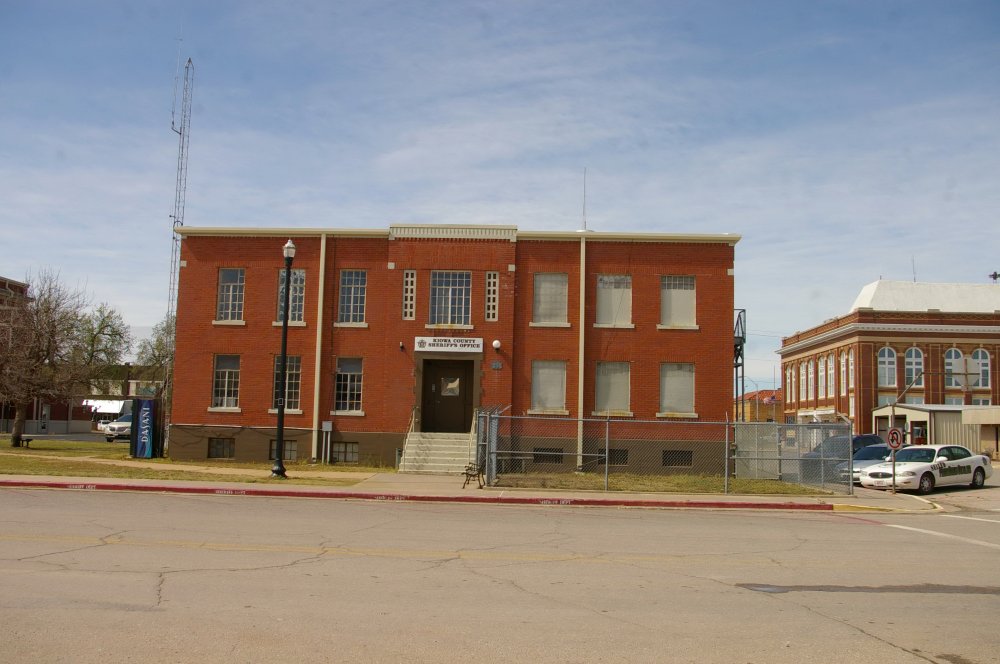 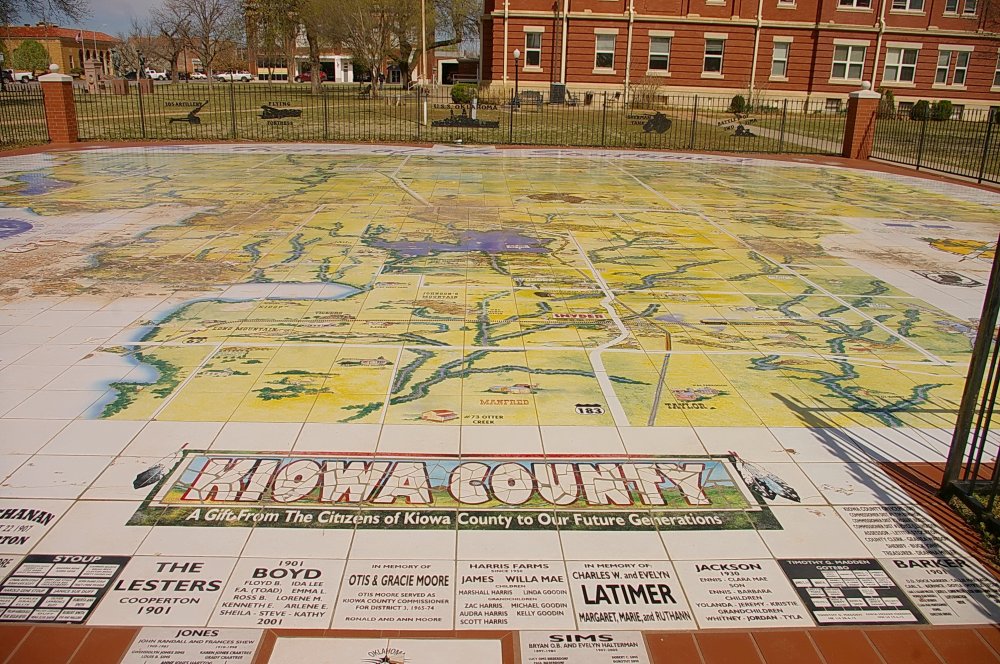