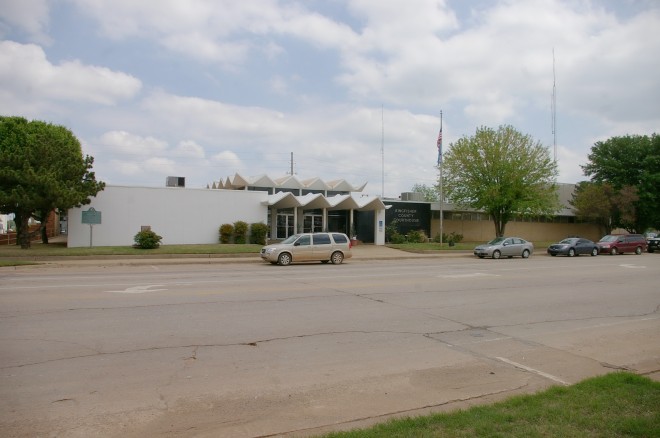 Kingfisher County is named for the bird “kingfisher” or for King David Fisher, who was an early settler in the area.

Description:  The building faces west and is a one story buff colored brick, concrete and glass structure. The building is located on landscaped grounds in the center of Kingfisher. The west front has a central entrance with a four-peaked roof canopy supported by pillars at the doorway. On the south side the walls are buff colored brick with a black colored stone section near the entrance. On the north side the walls are white colored concrete. On the center of the roof is a raised skylight with a series of peaked roofs and glass sides. The interior has a large foyer.

History:  The county was created in 1890 and Kingfisher was selected as the county seat. The first county officials met in in the Central Hotel. In 1892, Territorial Governor Abraham Seay and partner William Grimes built a three-story brick structure that they leased to the county as the first courthouse. The courthouse was destroyed by fire in 1901 and the county officials rented other space and made plans to build the first county-owned courthouse. The second courthouse was a four story brick Romanesque Revival structure designed by J H Bennett and constructed by the C E Sockler Construction Company in 1901 to 1903 at a cost of $29,990. The third and present courthouse was constructed in 1959 to 1960 at a cost of $450,000. 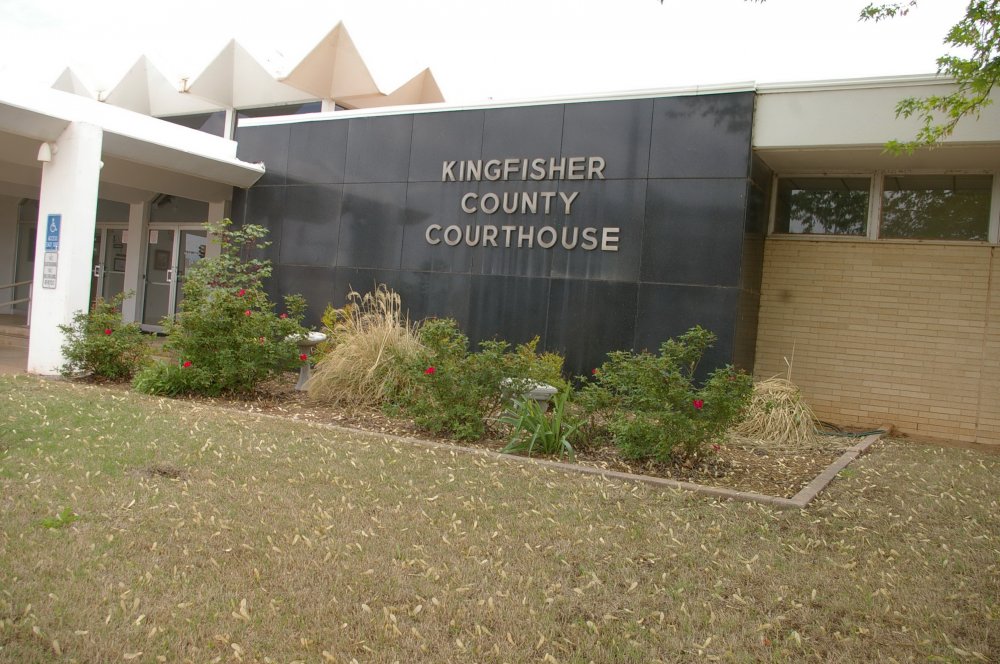 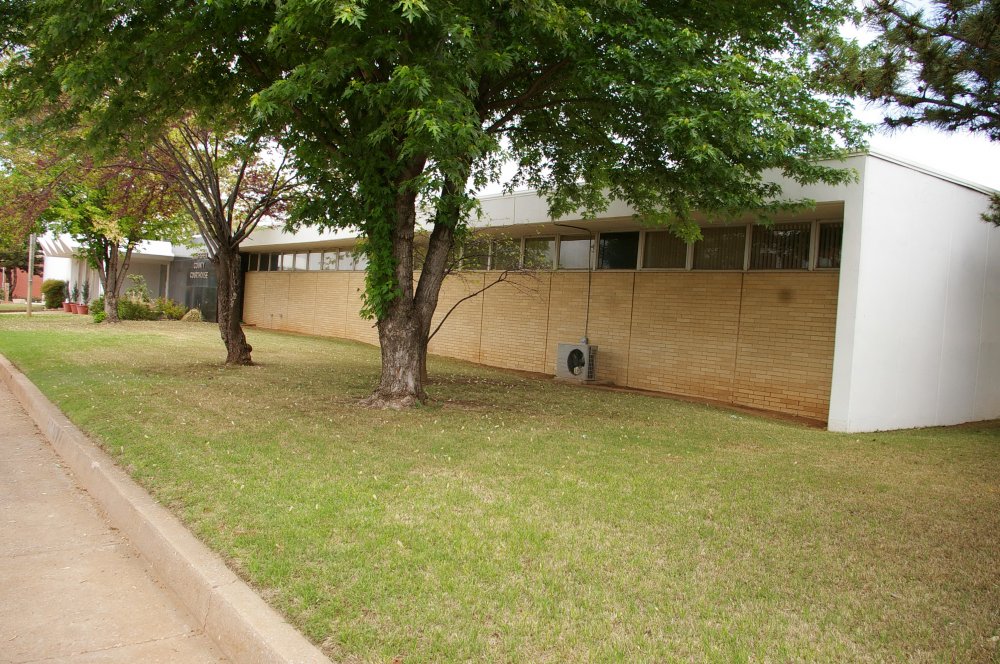 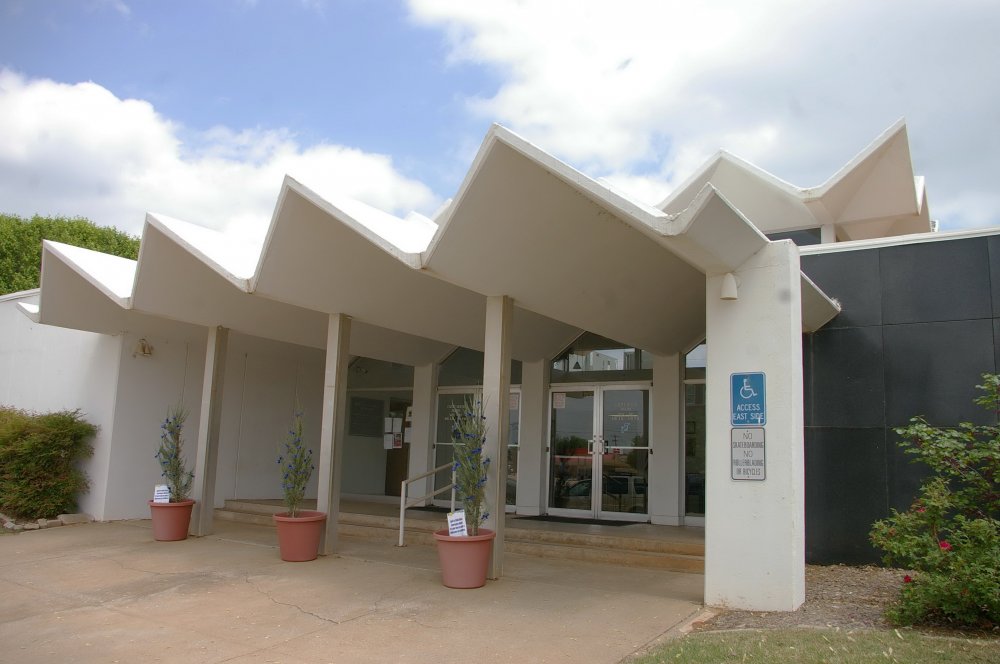 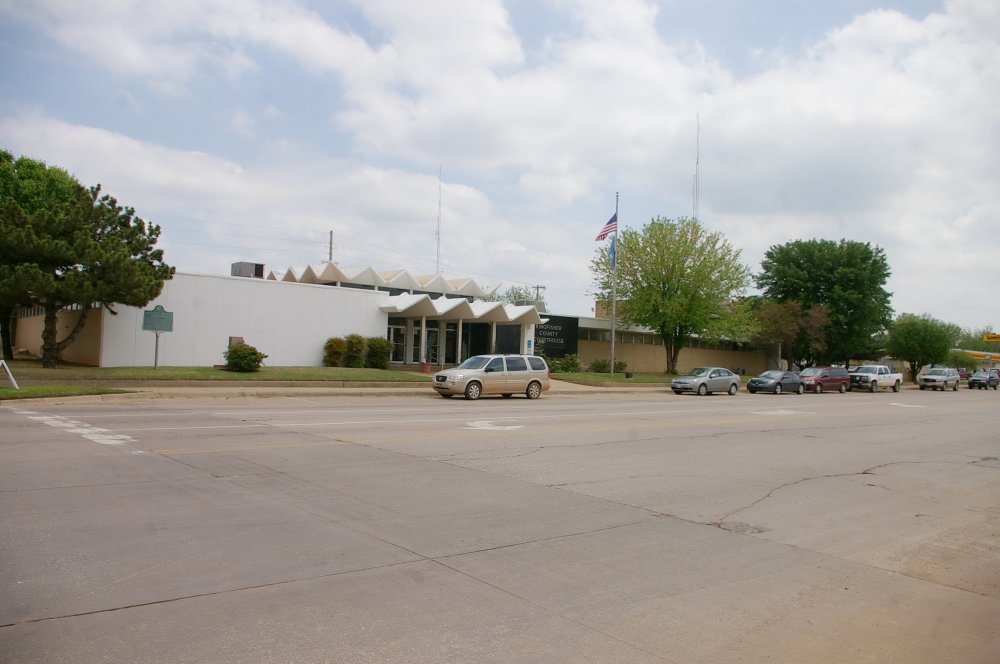 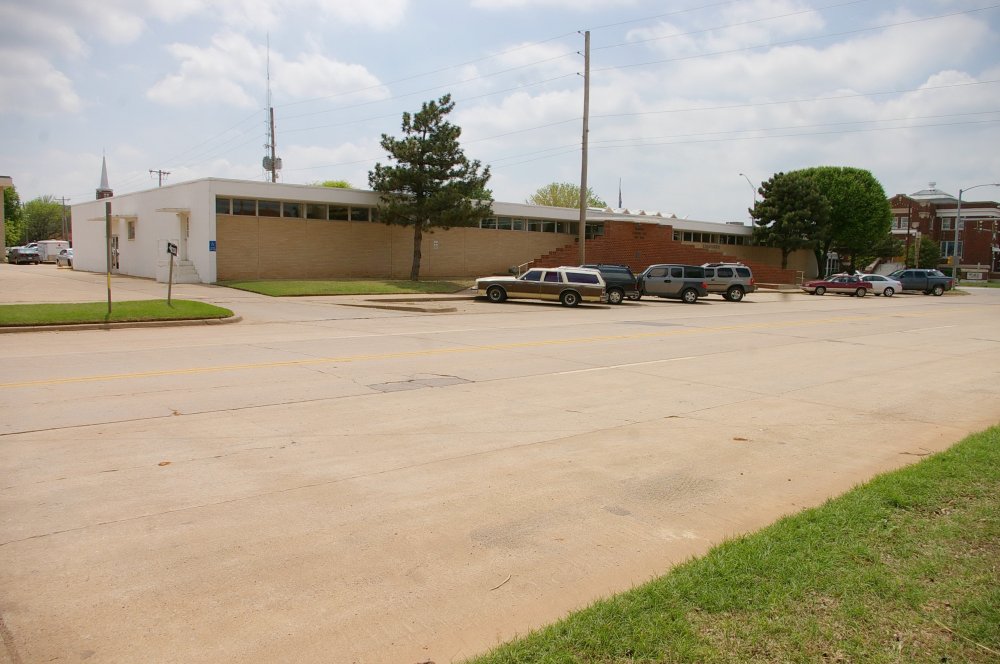 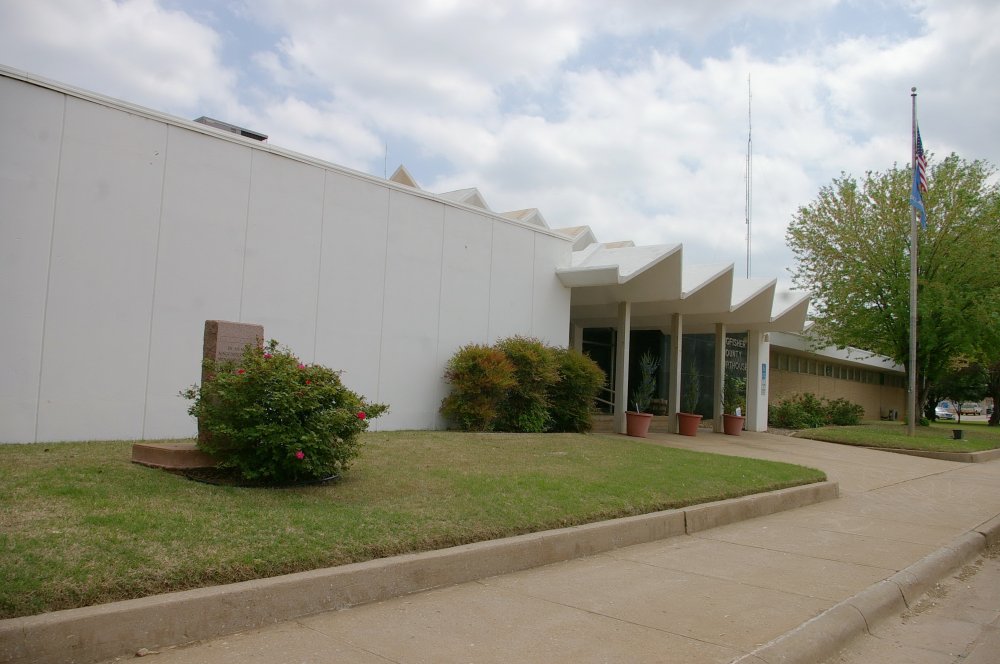 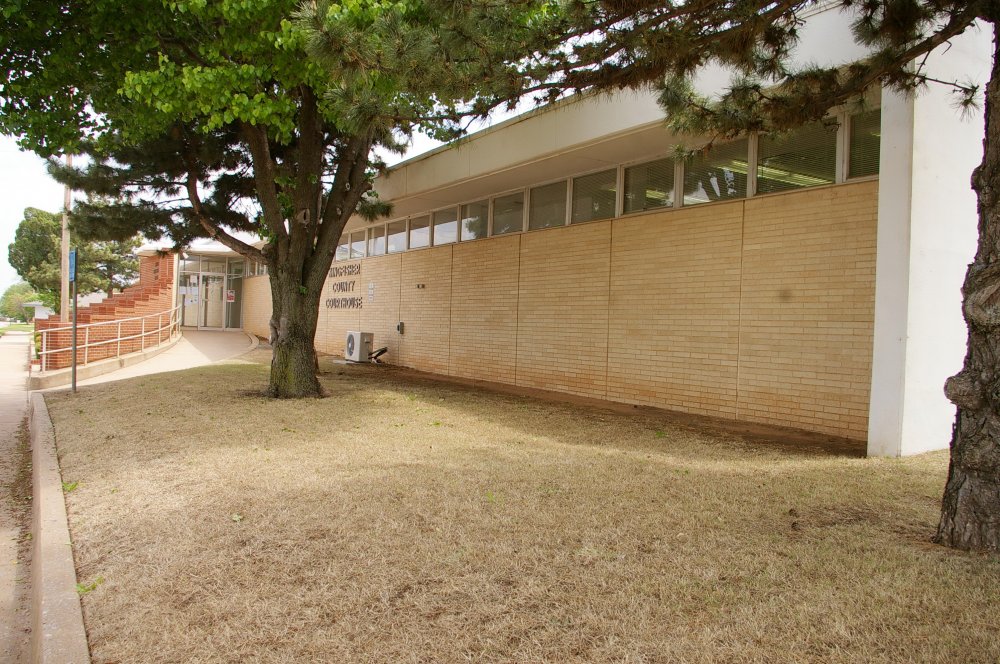 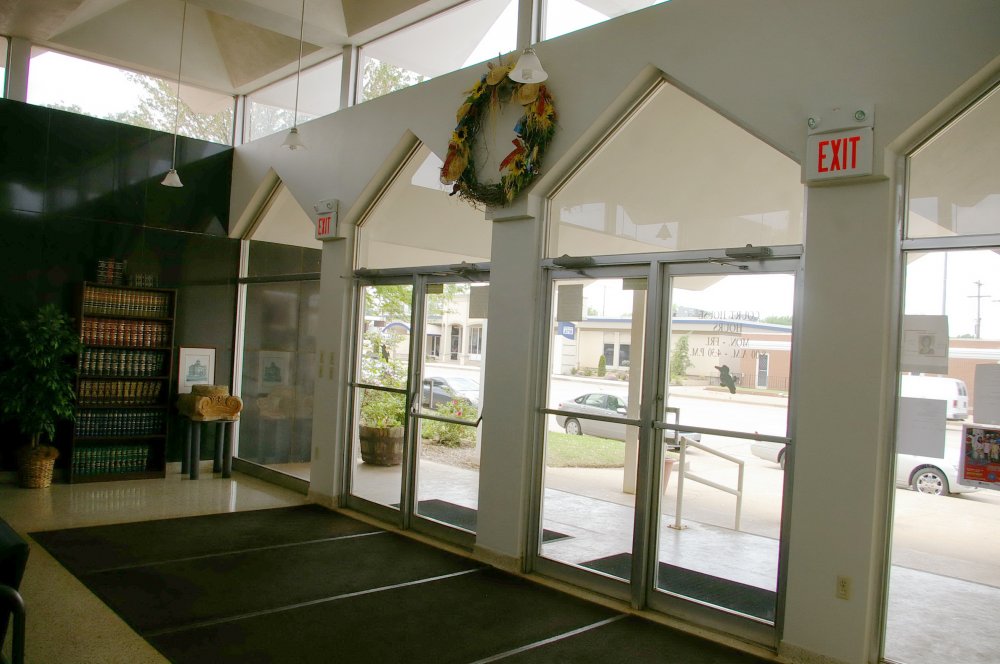