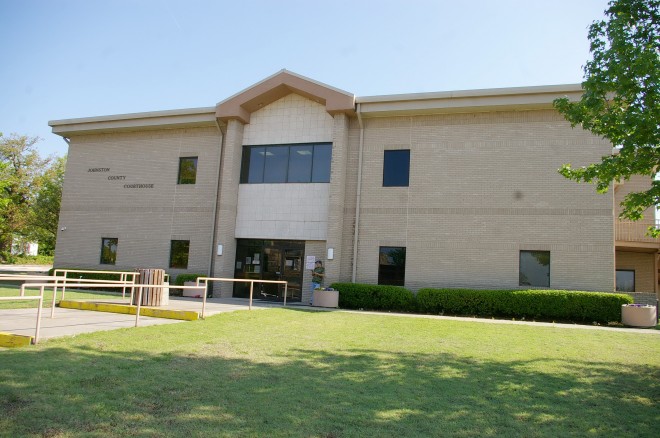 Johnston County is named for Douglas H Johnston, who was a Governor of the Chickasaw Nation. 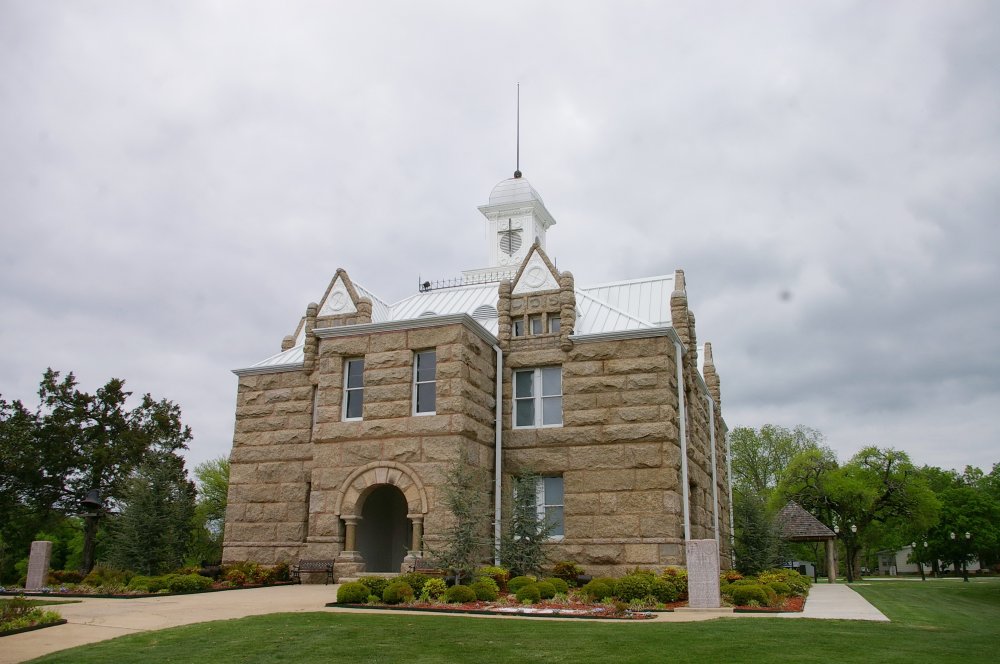 Description:  The building faces south and is a two story brown colored stone structure. The building is located on landscaped grounds in the center of Tishomingo. The southwest front has a projecting center section with large arch on the first story with recessed entrance. On either side of the center section the building rises to two peaked dormers at the roof line. On the center of the roof is a square white colored cupola with dome at the top. The roof is hipped.

Note:  This building once served as the Chickasaw National Capitol when it was originally built. The building was designed to overlook the town on a grand hill . In 1910, Johnston County purchased the structure for $15,000 and it served as the county courthouse until 1992 when the Chickasaw Nation bought in back for $575,000. Johnston County finished its current courthouse, down the hill from this one in 1993. Because this courthouse was built in 1896, this is one of the oldest structures in the state that has served as a county courthouse. 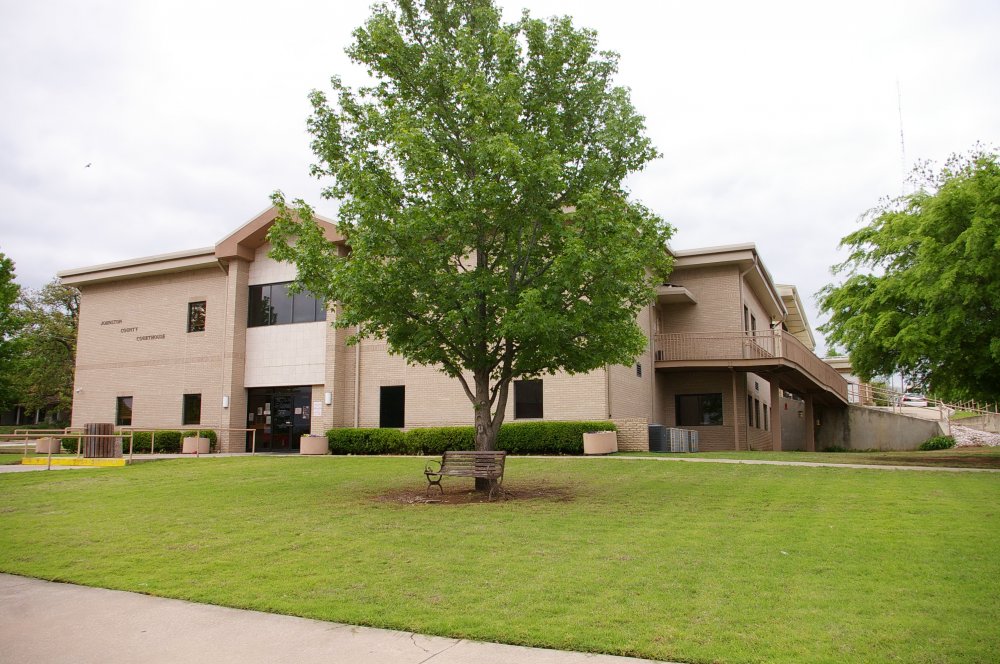 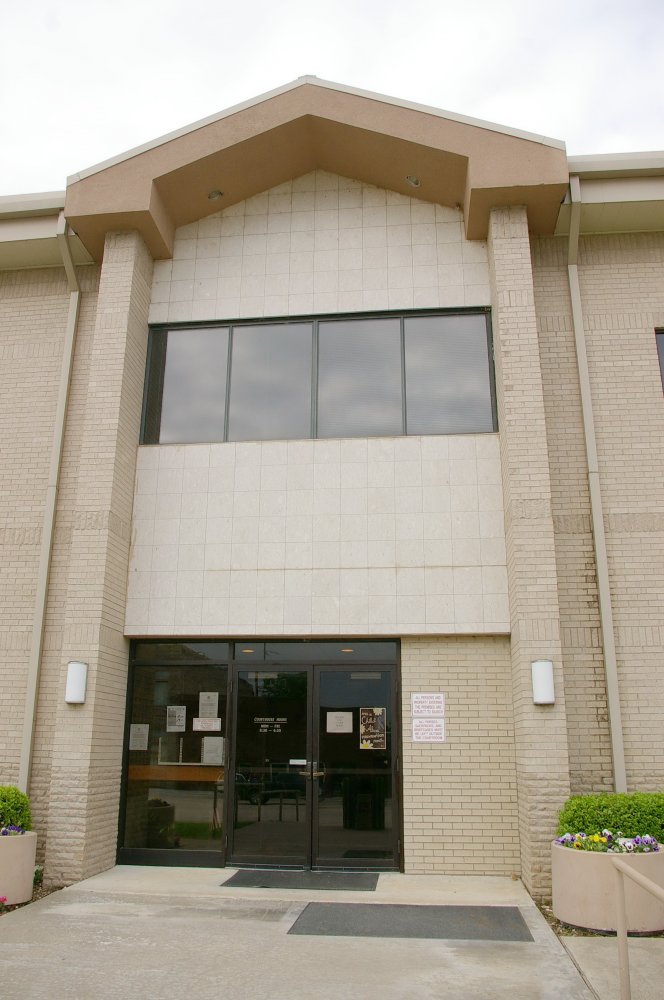 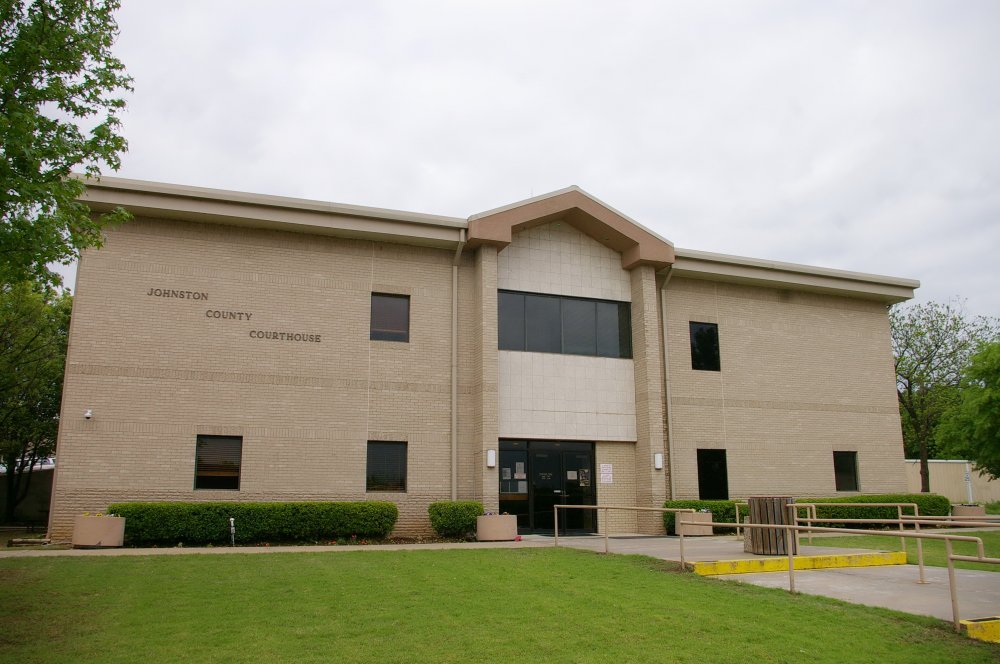 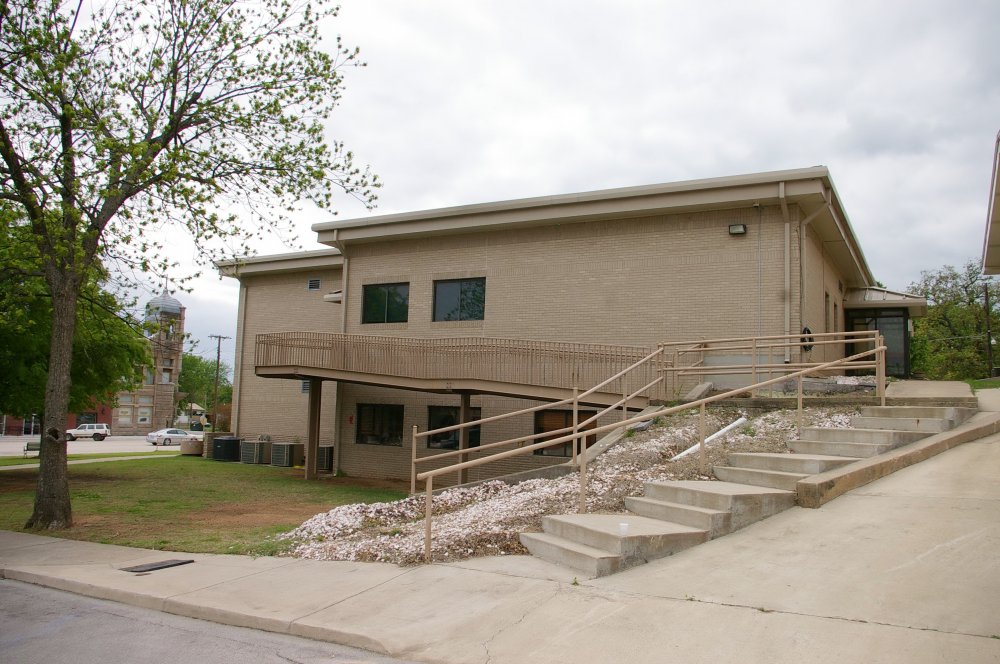 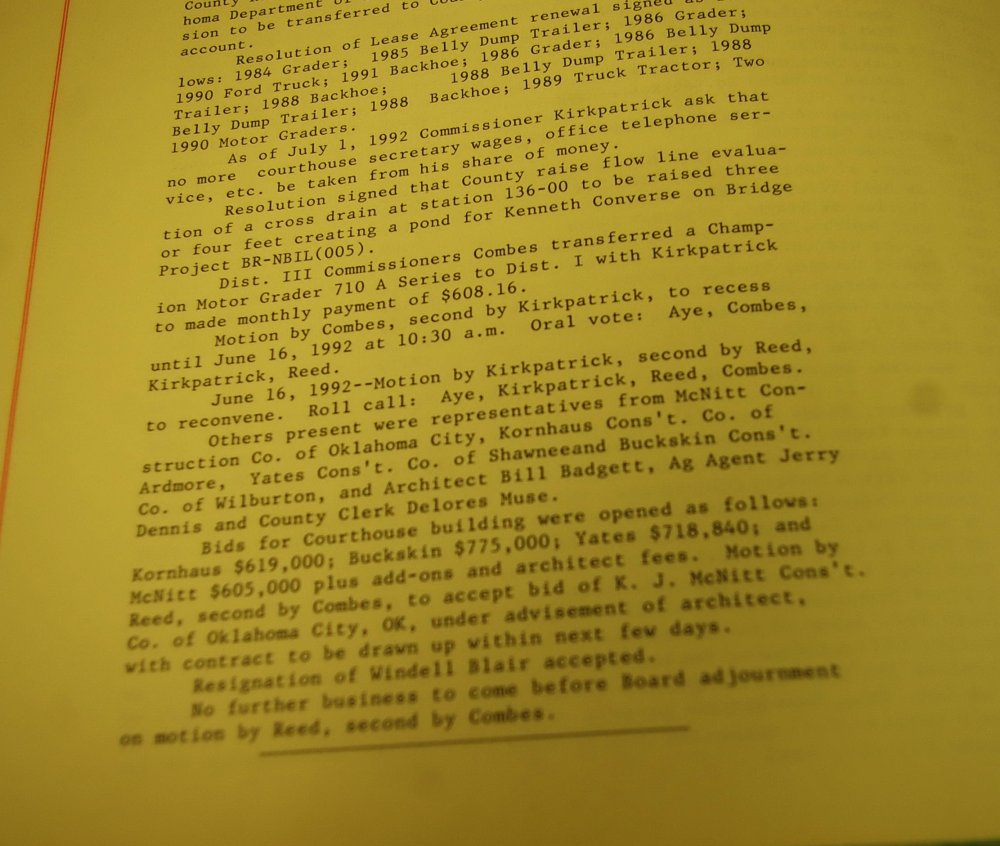 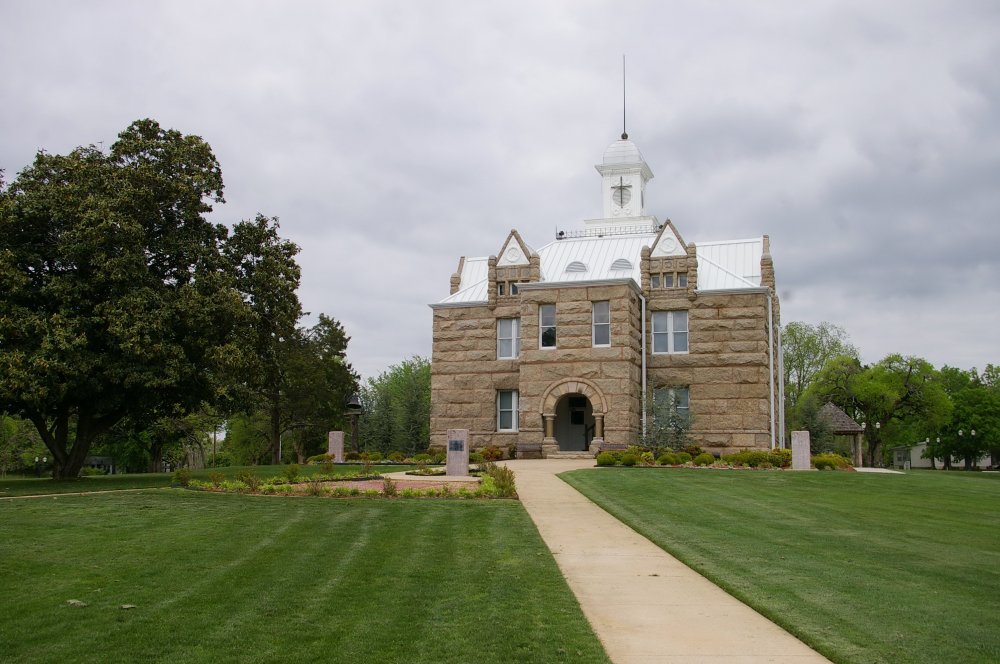 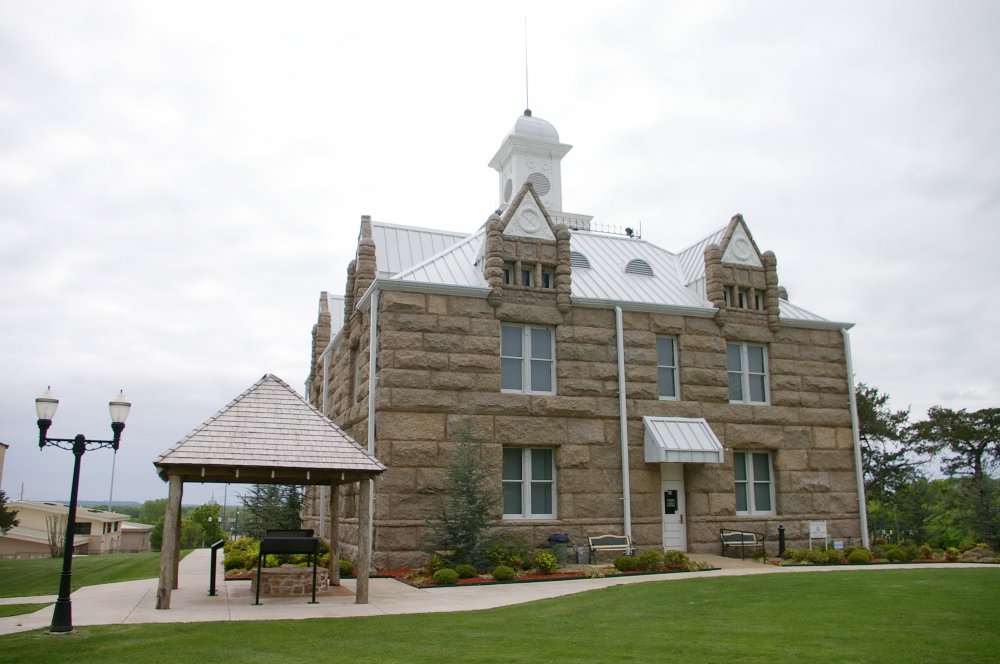 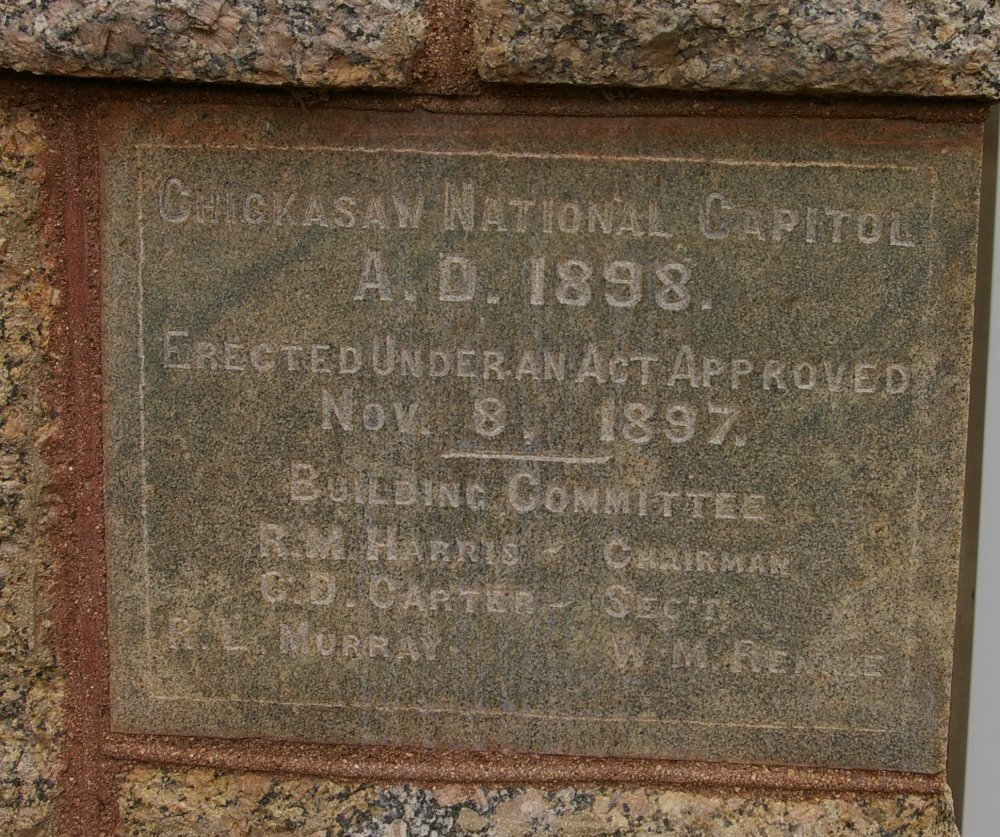