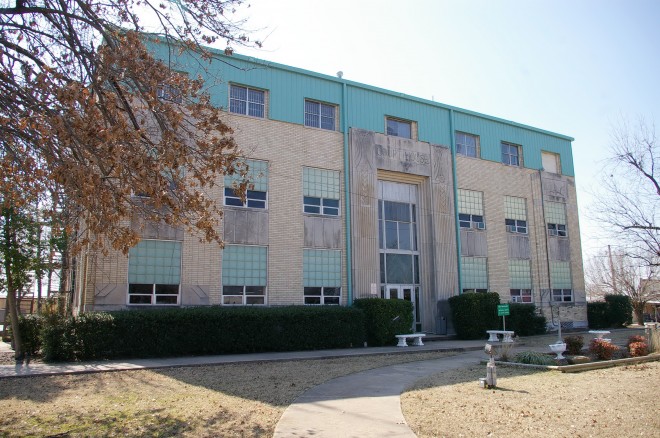 Haskell County is named for Charles N Haskell, who was the first Governor of the State of Oklahoma.

Description:  The building faces north and is a three story buff colored brick and concrete structure. The rectangular shaped building is located on landscaped grounds of the Courthouse Square in the center of Stigler. The central entrance is framed with a large concrete rectangular opening with glass walls above the doorway. The upper part of the windows on the first and second story have green colored glass brick panels. The third story has green colored glass brick faced walls. The roof is hipped. The building houses the County District Court of the 16th Judicial District. The building was renovated in 1979 and the contractor was Jess Mott. On the south side is a one story structure and on the northeast side is a one story log structure which houses a museum.

History:  The county was created in 1907 and Stigler was selected as the county seat in 1908. The county used rented premises until the first and present courthouse was constructed in 1931 to 1932. 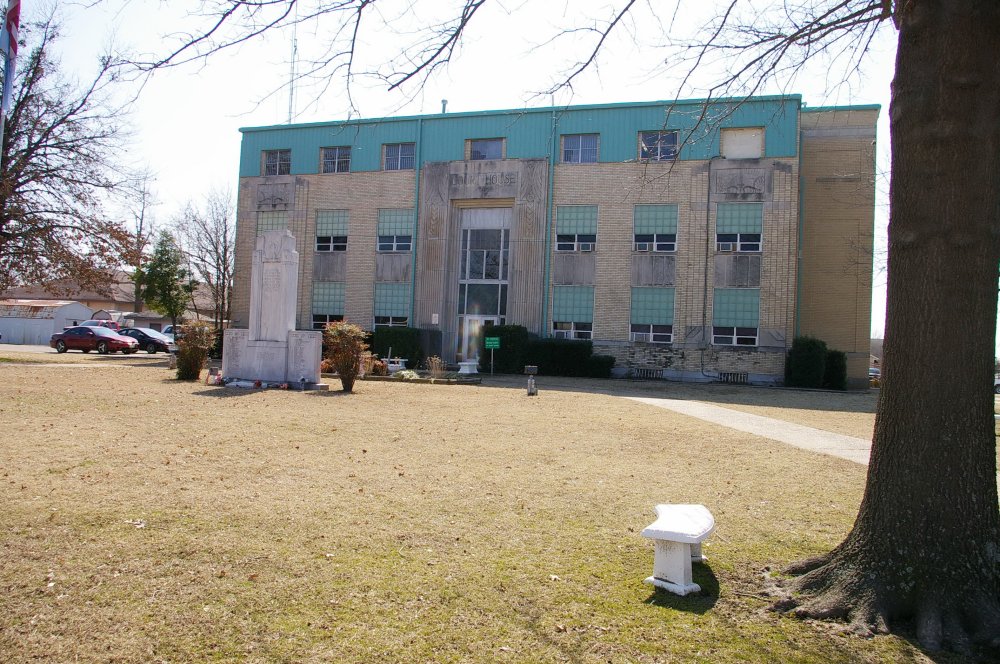 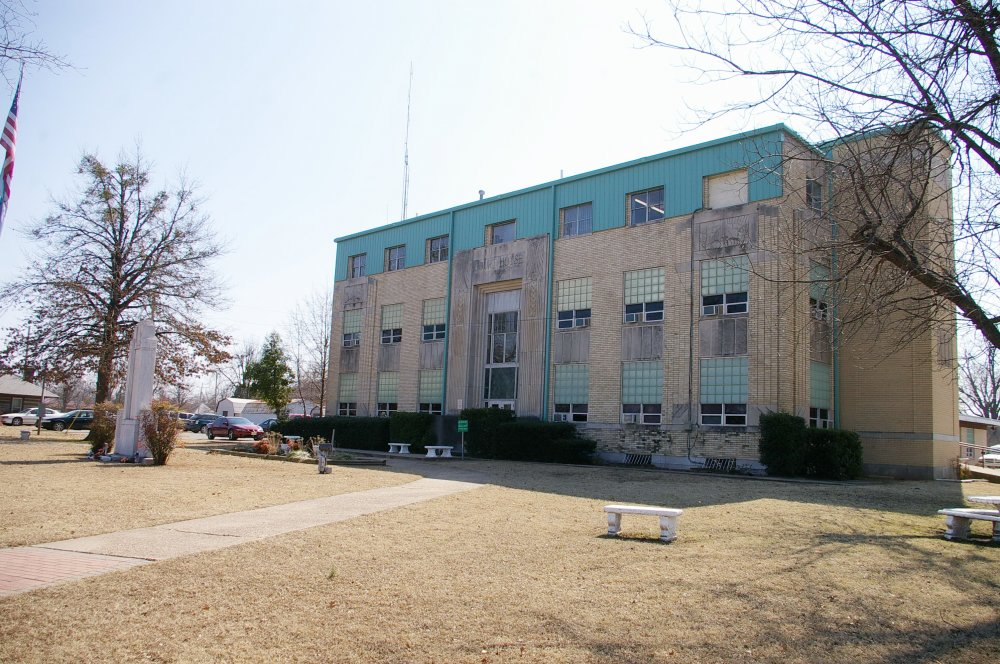 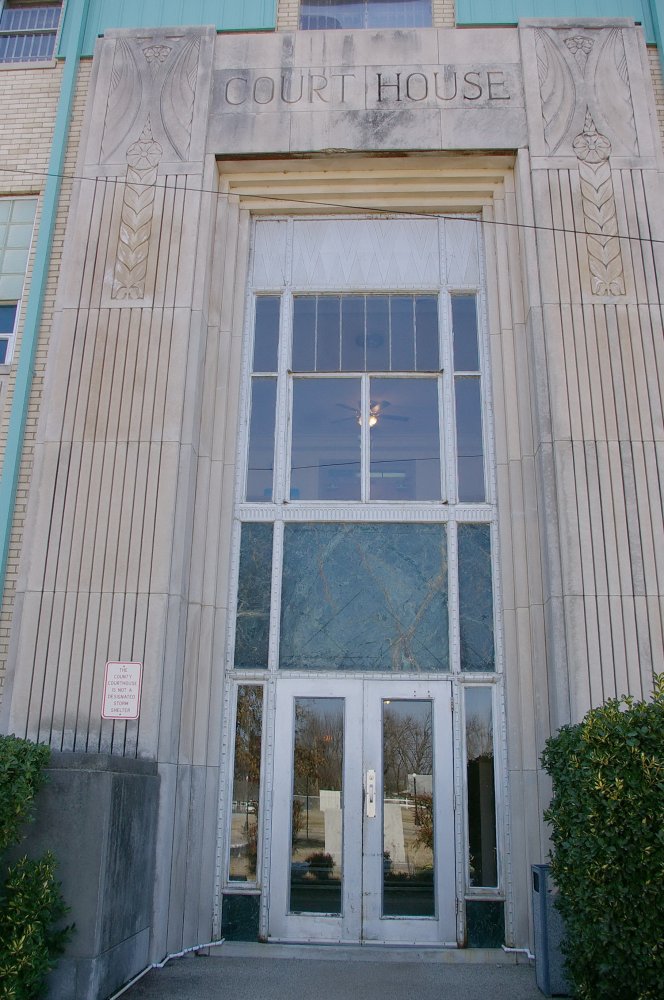 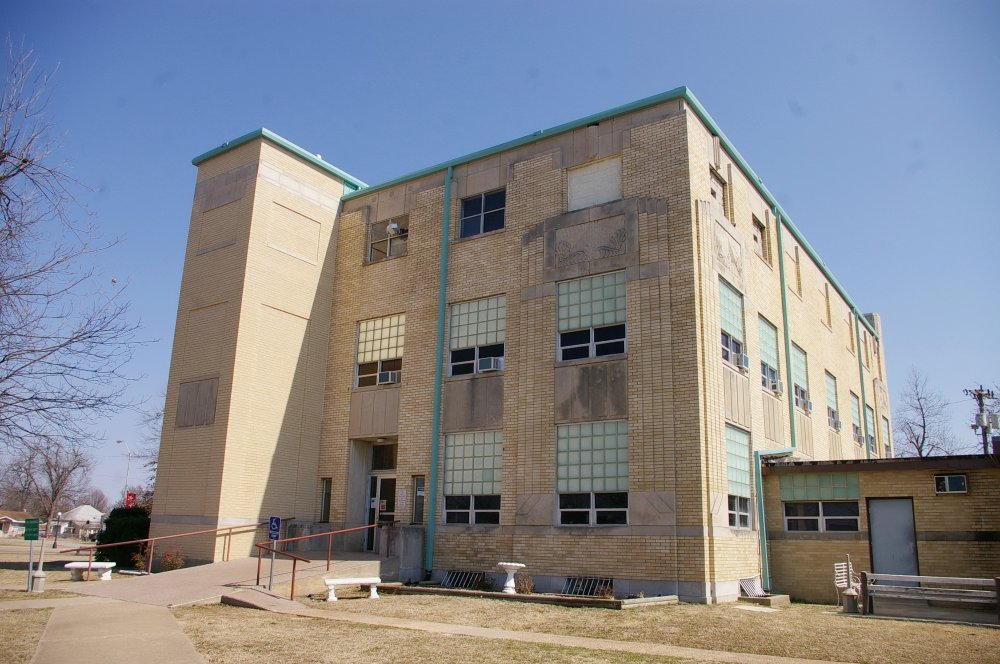 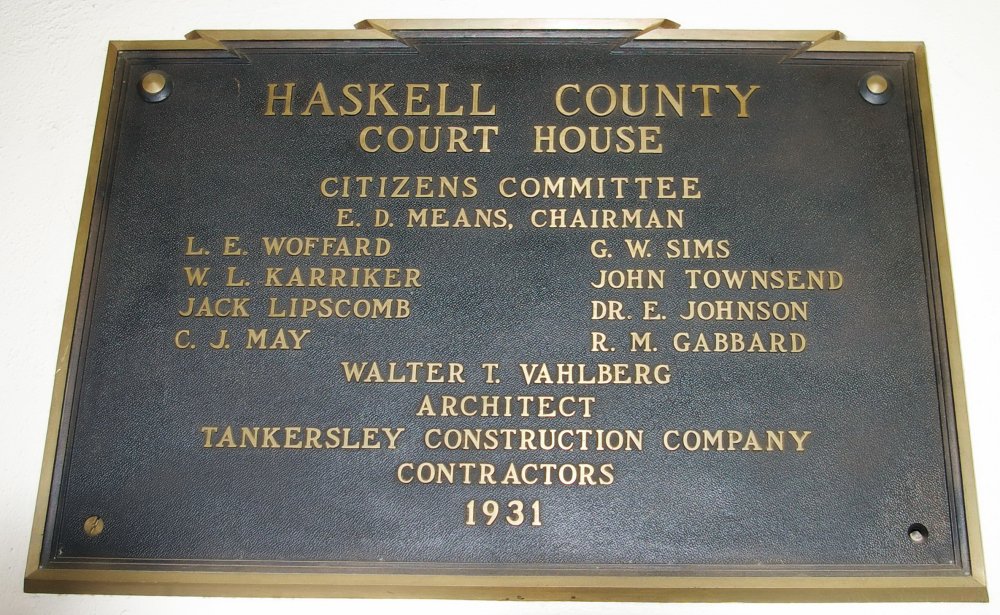 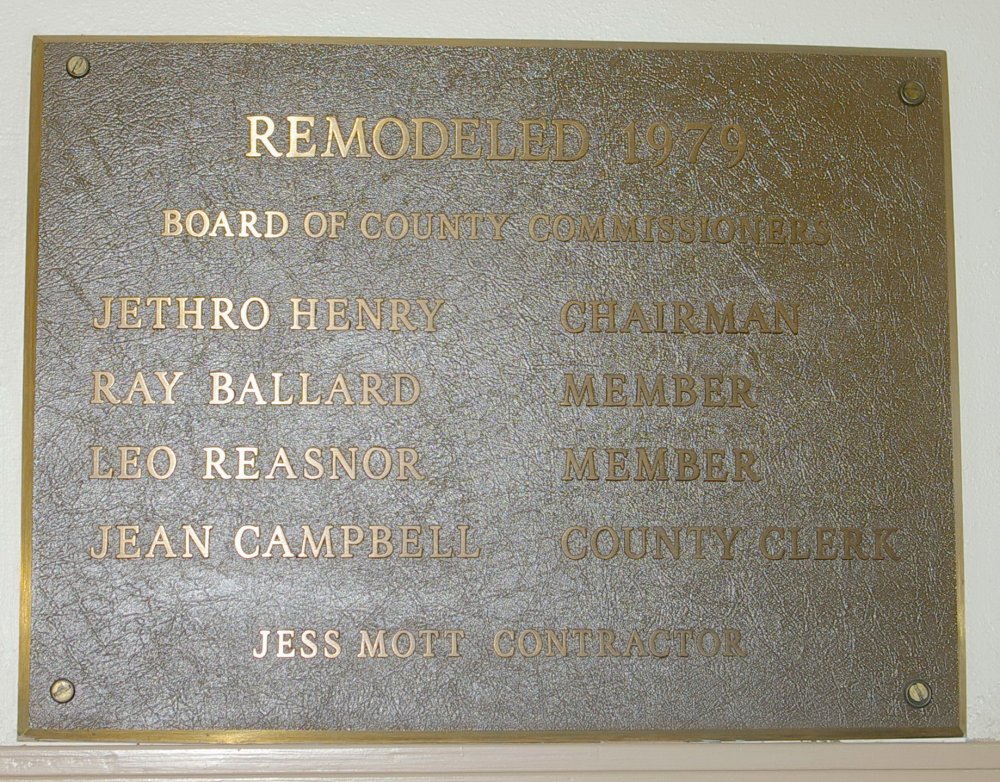