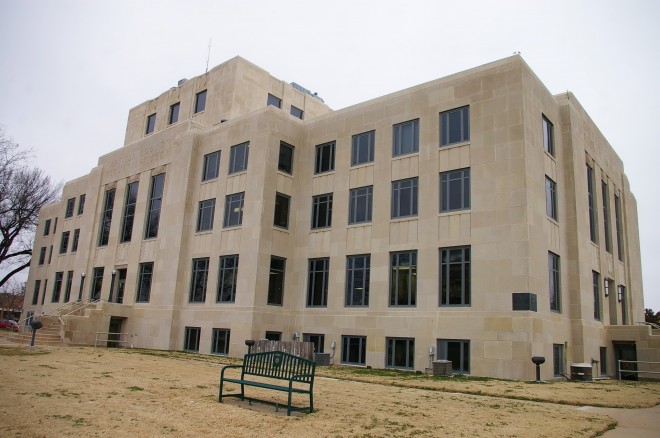 Garfield County is named for James Abram Garfield, who was President of the United States in 1881 when he was assassinated.

Description: The building faces south and is a five story white colored faced limestone and concrete structure. The building is located on landscaped grounds in the center of Enid. The building has a raised basement. The central portion of the front facade has a “false front” extending approximately twelve feet above the rest of the roof line. The front facade is slightly stepped, forming three distinct sections. There are east and west wings. On the roof center is a third story section. On the north side is a high detached clock tower built in 1988. In the interior, the floors are granite and the walls are stucco. There are two murals on the first story and two wall murals on the second story painted by Ruth Munro Augur. The courtrooms are located on the second story. The jail facilities are on the fourth and fifth stories. The building houses the County District Court of the 4th Judicial District.

Note:  The Broadway Tower at 100 East Broadway is a fourteen story Art Deco style structure constructed in 1931 and which served as temporary courthouse from 1932 to 1936. The architect was George Ernst von Blumenauer of Enid and Laton, Hicks and Forsythe of Oklahoma City and the contractor was McMillen and Shelton Construction Company. 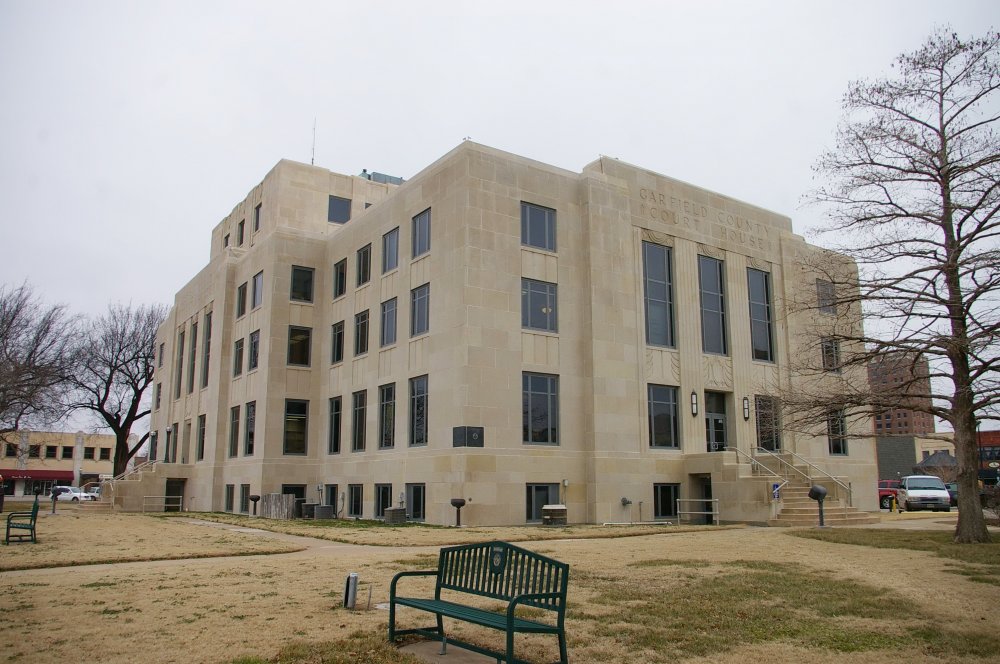 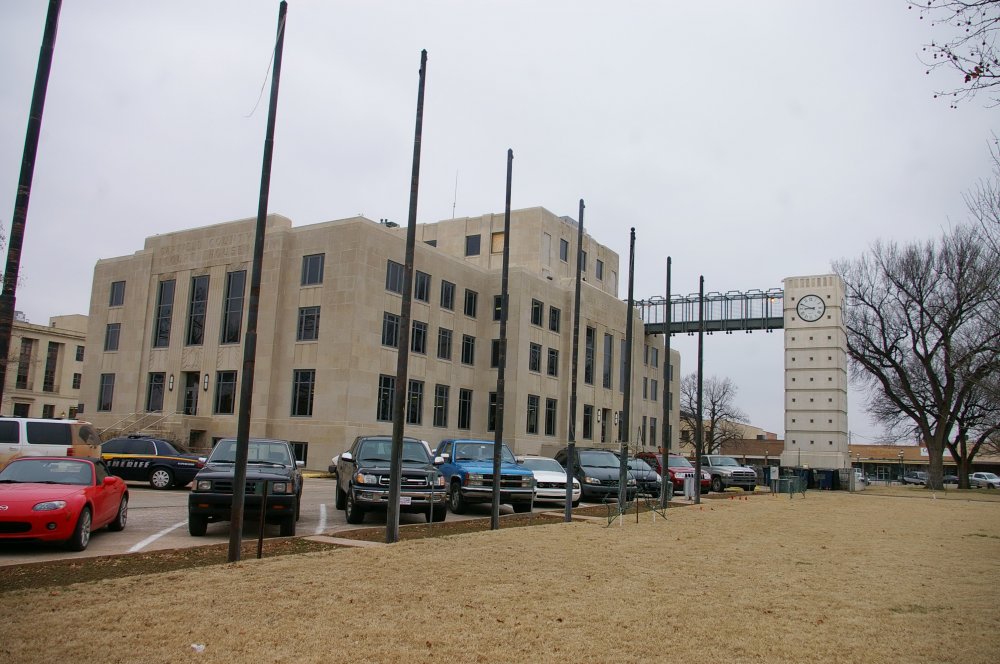 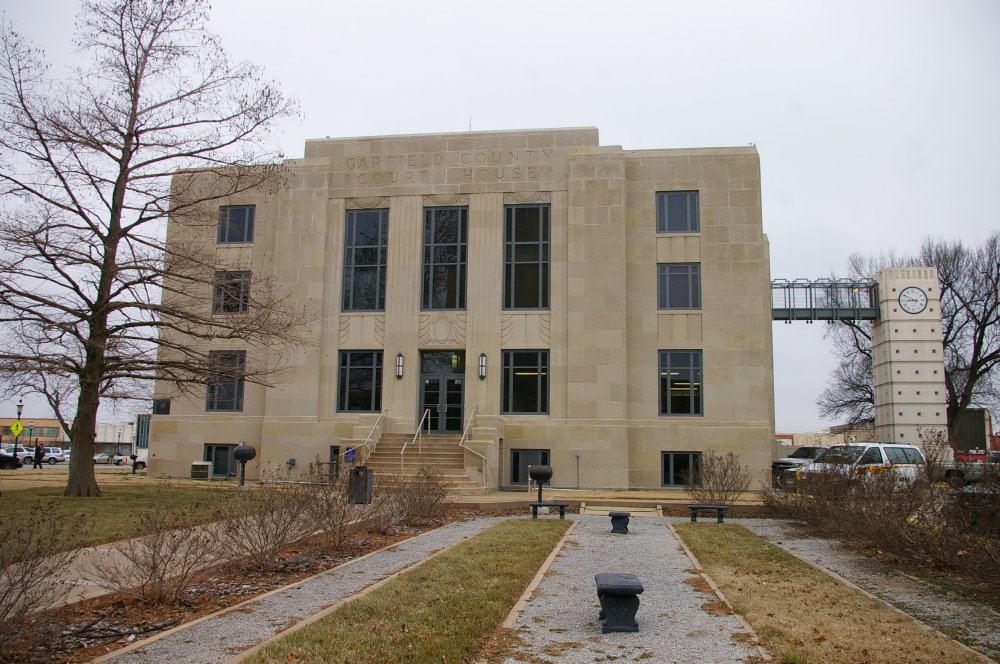 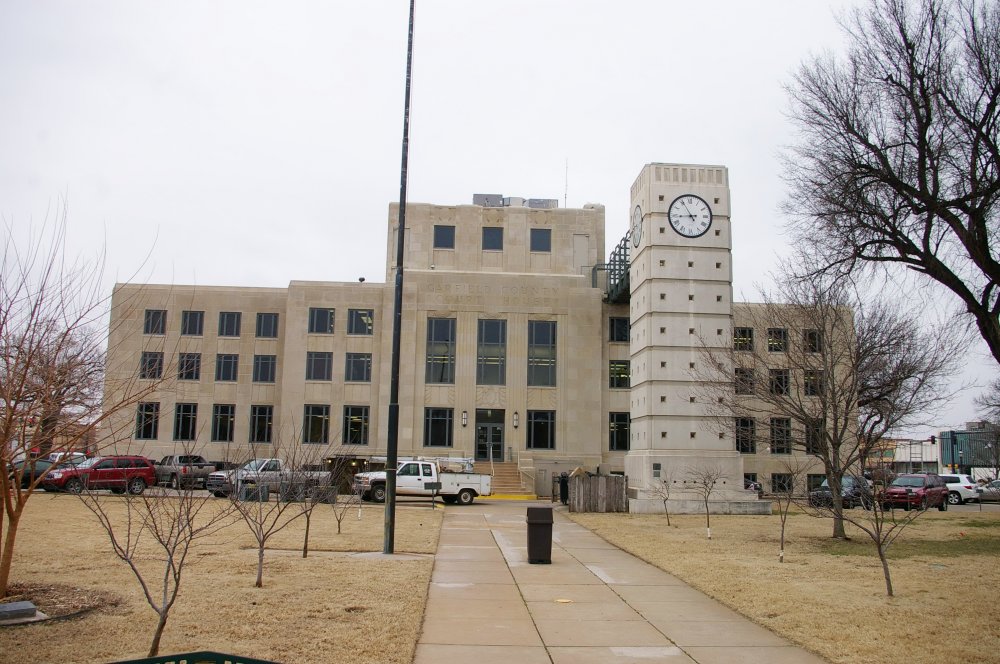 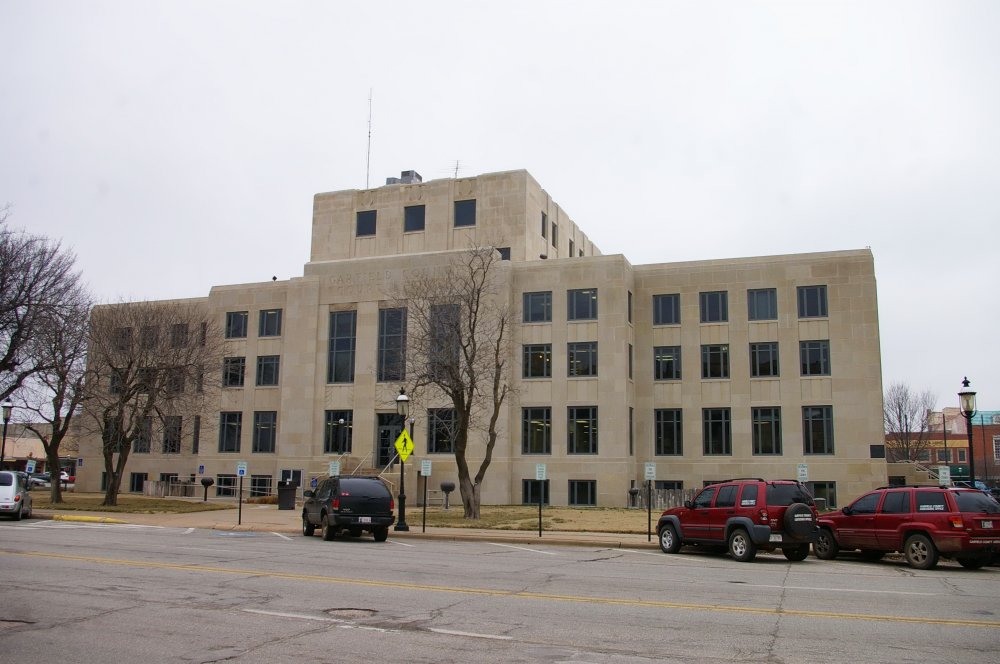 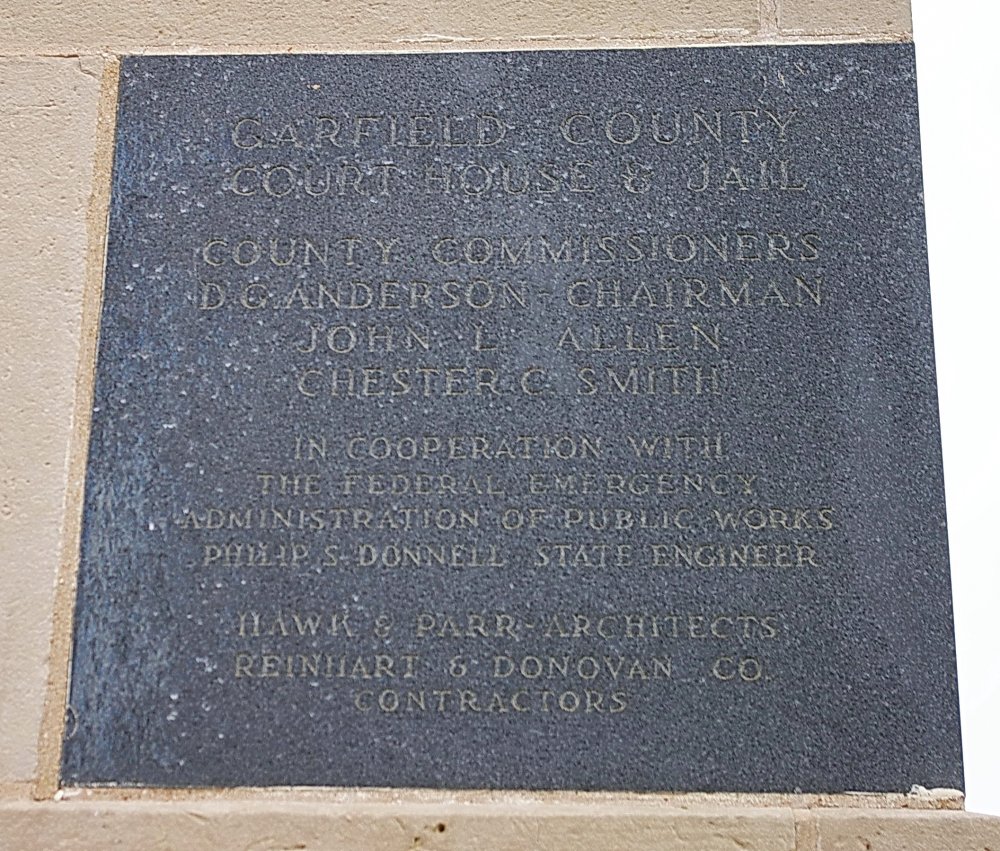 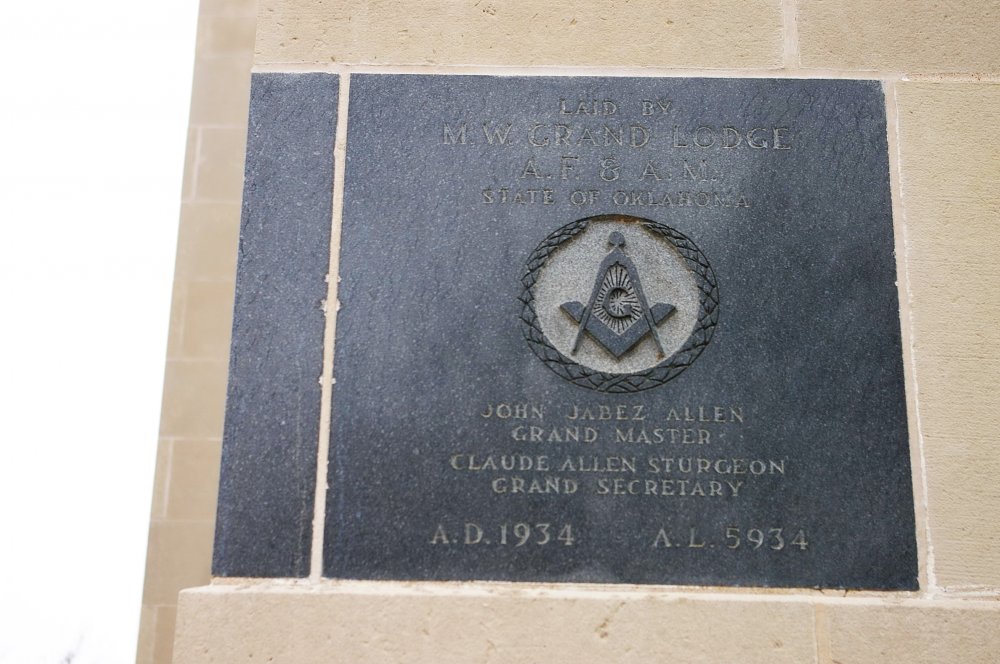 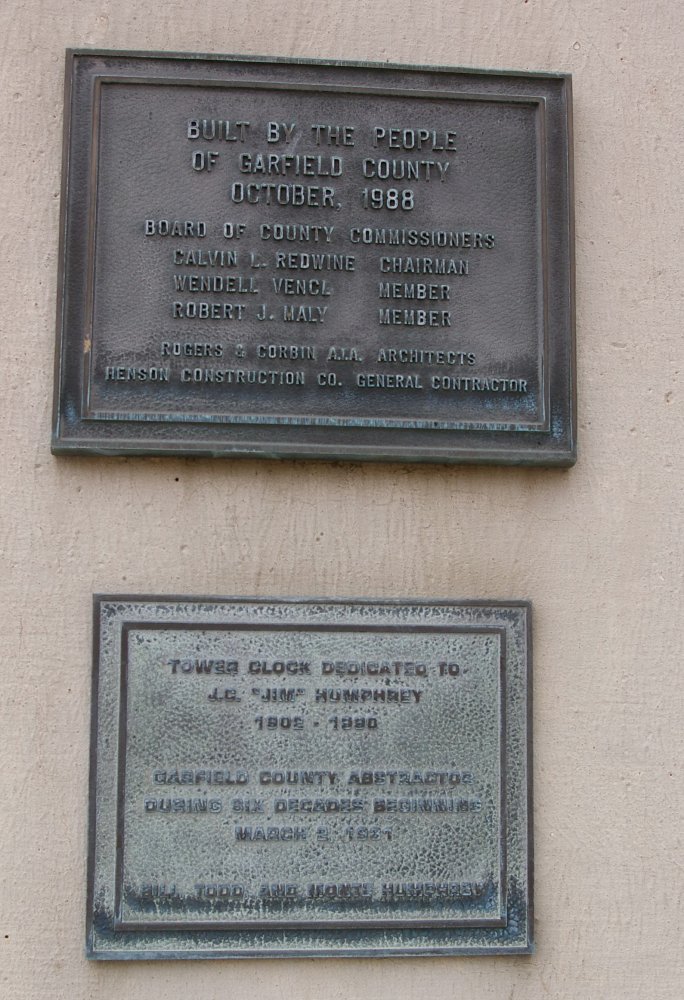 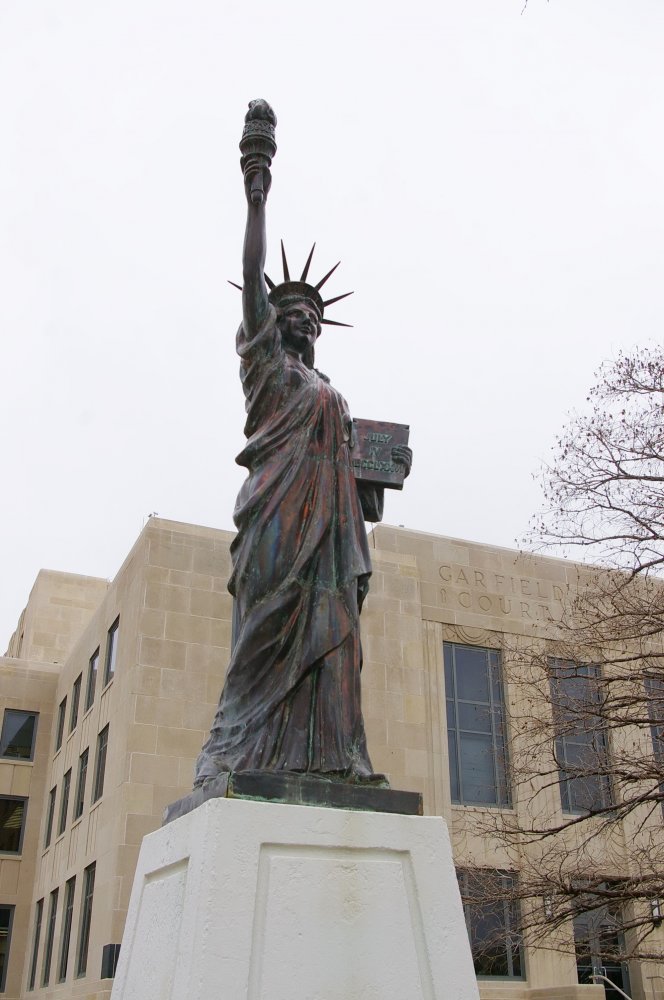 Statue – Keeper of the Plains