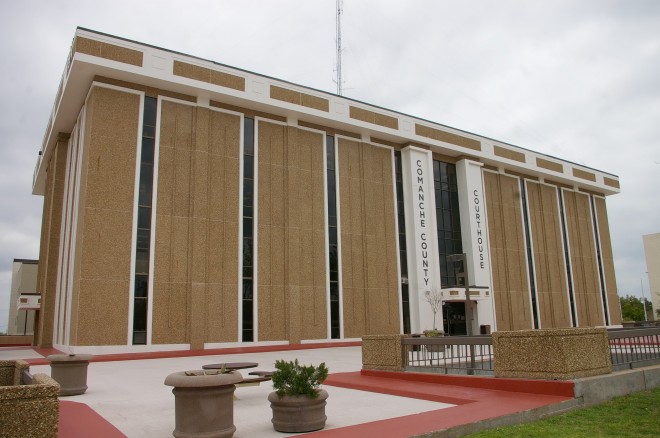 Comanche County is named for the Comanche American Indian tribe who resided in the region and derives from the Spanish “Camino Ancho” meaning “broad trail”.

Description:  The building faces north and is a three story brown colored brick and concrete  structure. The building is located on landscaped grounds in the center of Lawton. The first story is below ground level with open space for light. The flat roof overhangs the building above the fifth story. Two vertical pillars frame the north entrance which has a small canopy. The other entrances also have canopies. There are vertical white colored lines with narrow windows between. There are courtrooms  located on the fourth and fifth stories. On the east side is the County Detention Center. 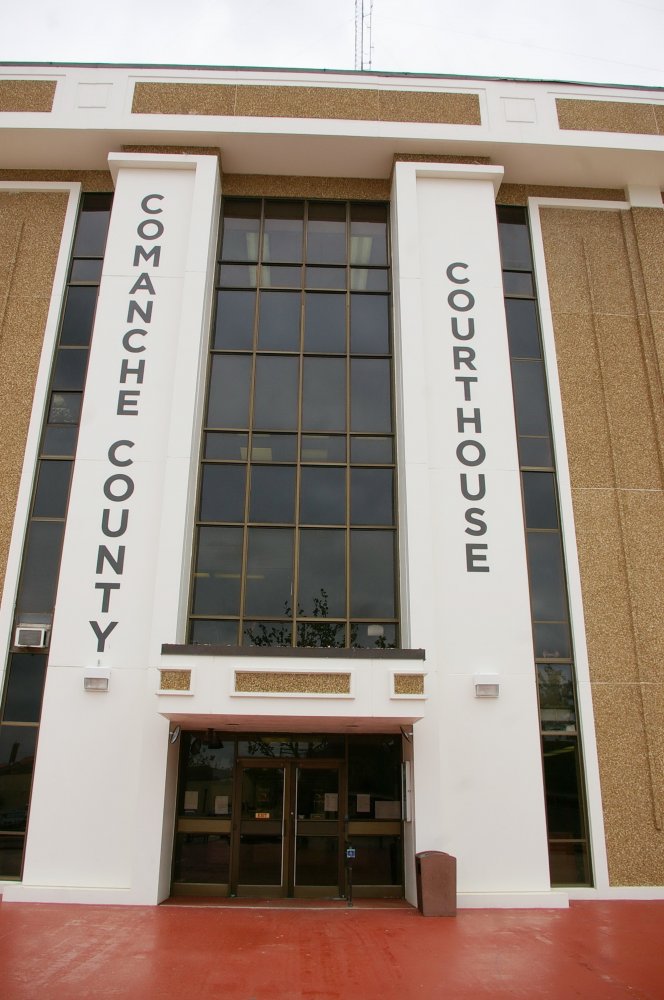 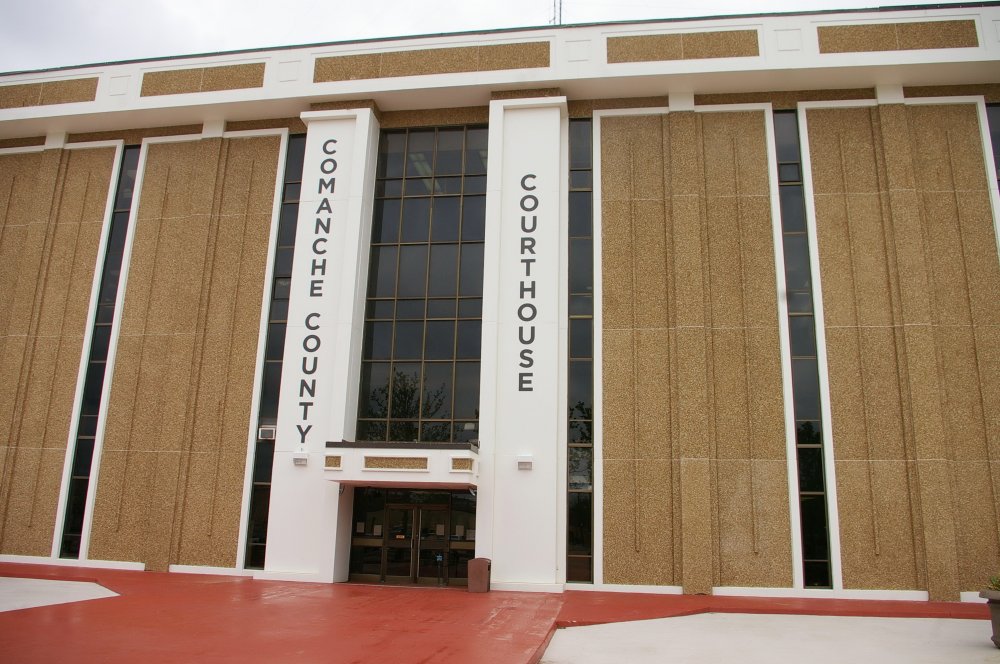 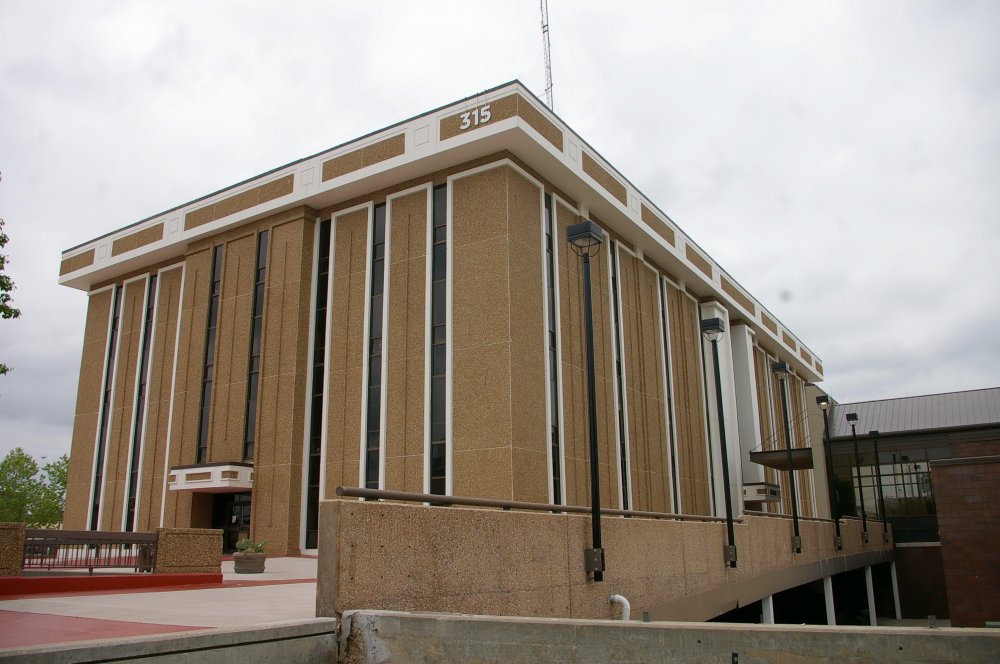 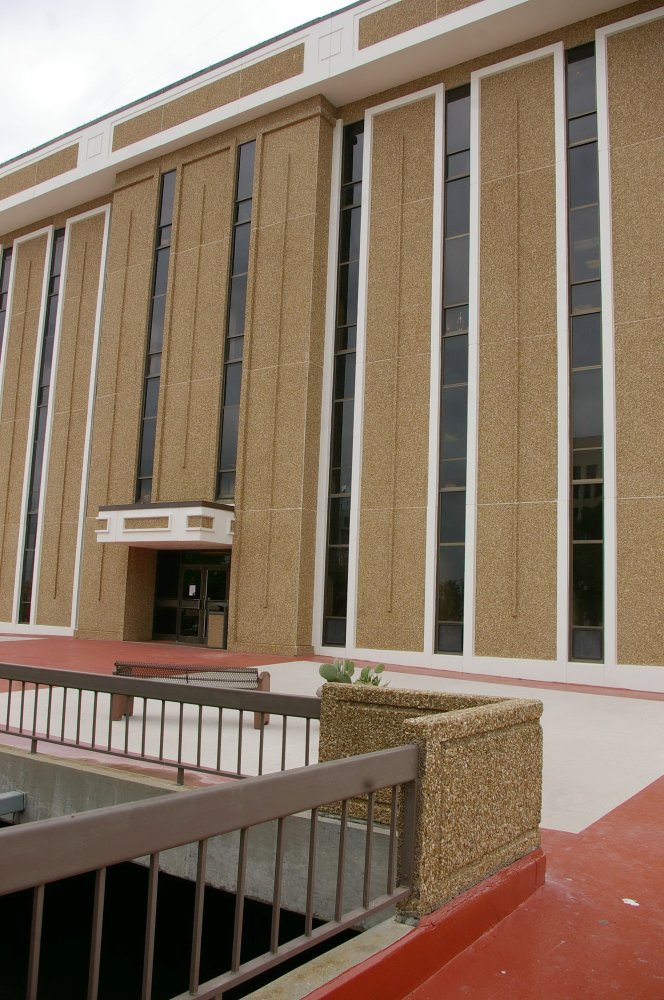 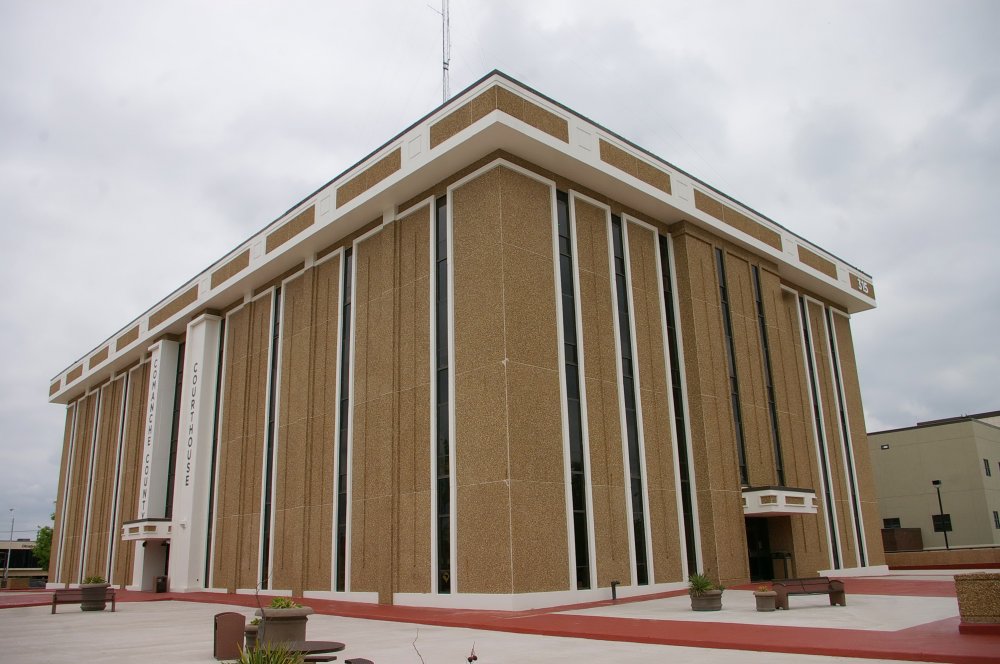 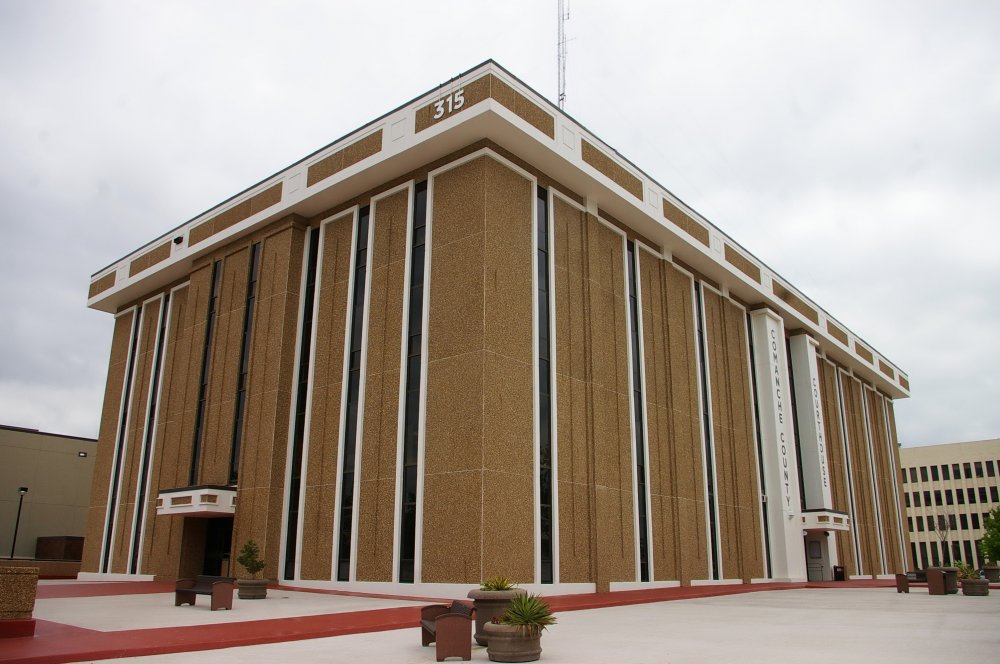 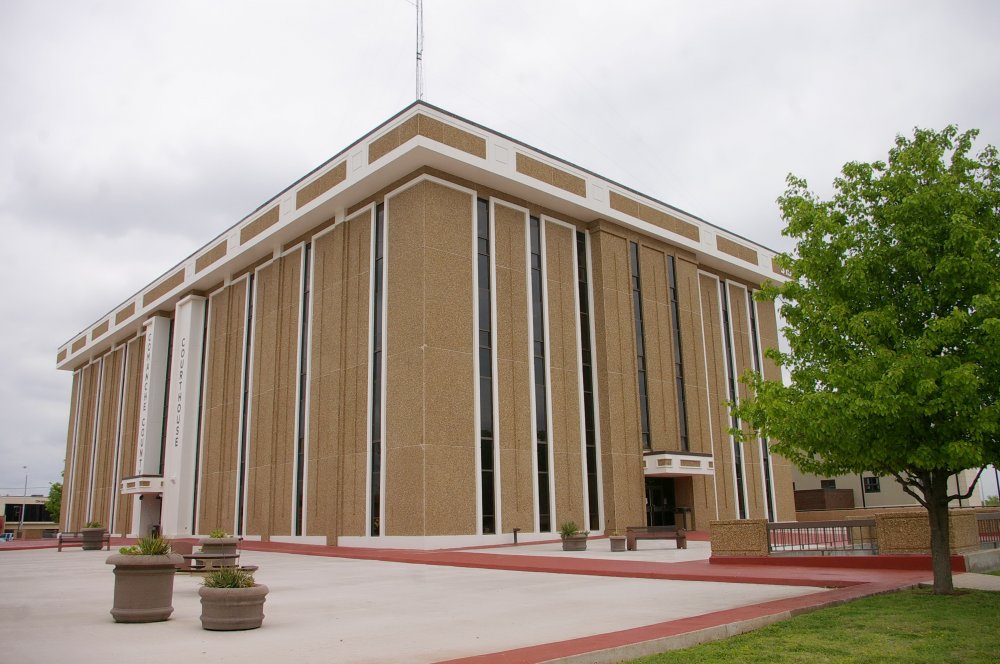 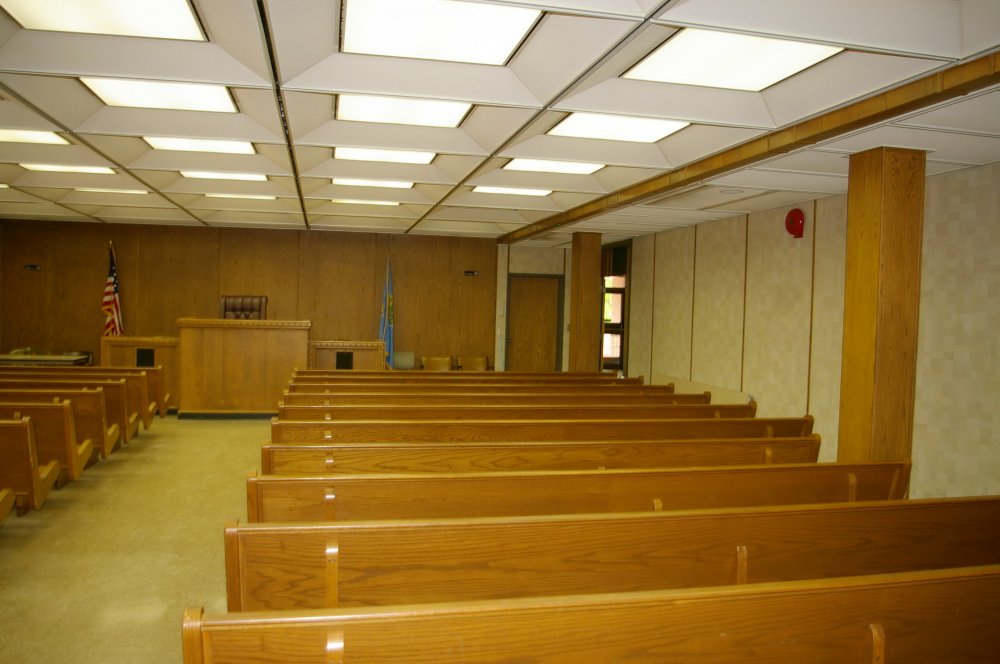 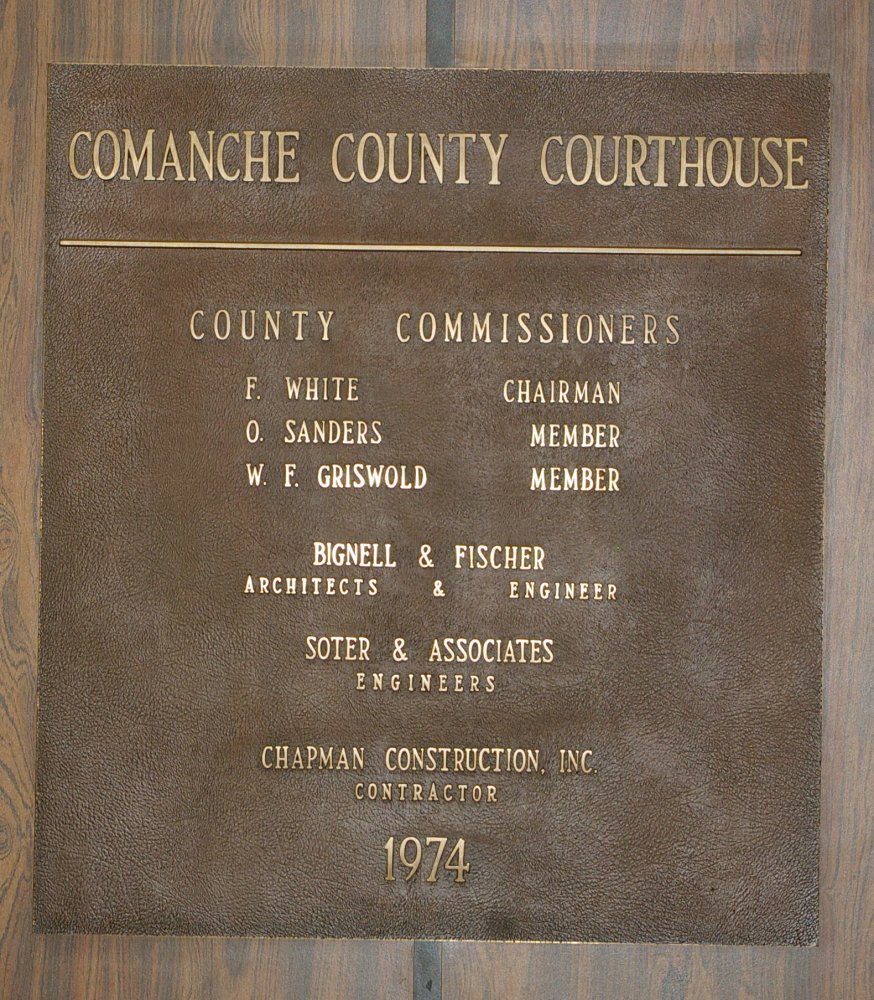 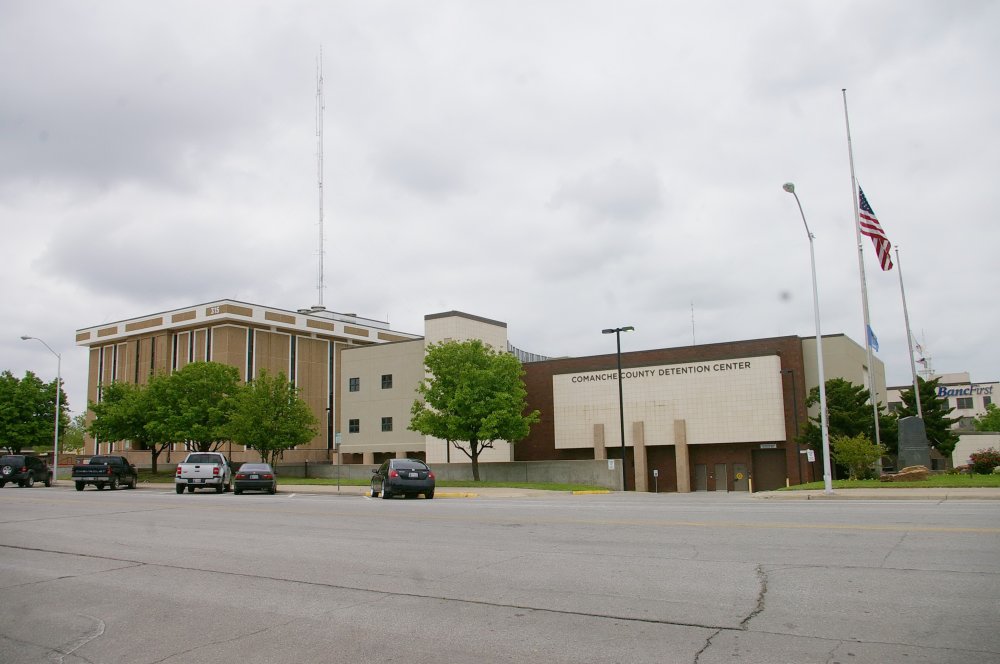