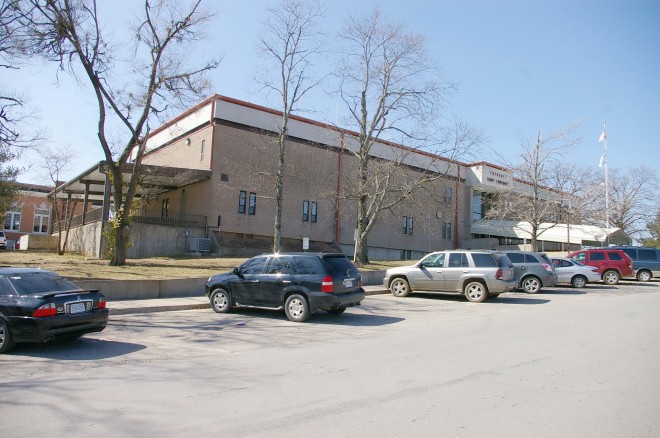 Cherokee County is named for the Cherokee Native American Nation.

Description:  The building faces north and is a two story light red colored brick and concrete structure. The building is located on landscaped grounds in the center of Tahlequah. The building is a “T” shape with an east-west wing on the north side and a center wing extending south. The north front has a central entrance and the building has a raised concrete basement. A wide white colored band follows the flat roof line. The building was formerly a hospital and the city offices are on the lower level. The building was remodeled in 1978 to 1979 for use as a courthouse and City Hall. In the interior, the Commissioner’s Room is located on the second story and courtroom is located at the northeast corner of the second story. The building houses the County District Court of the 15th Judicial District. The architect was Ammerman – Butler & Thomas Inc. and the contractor was SE-CO Construction Company. 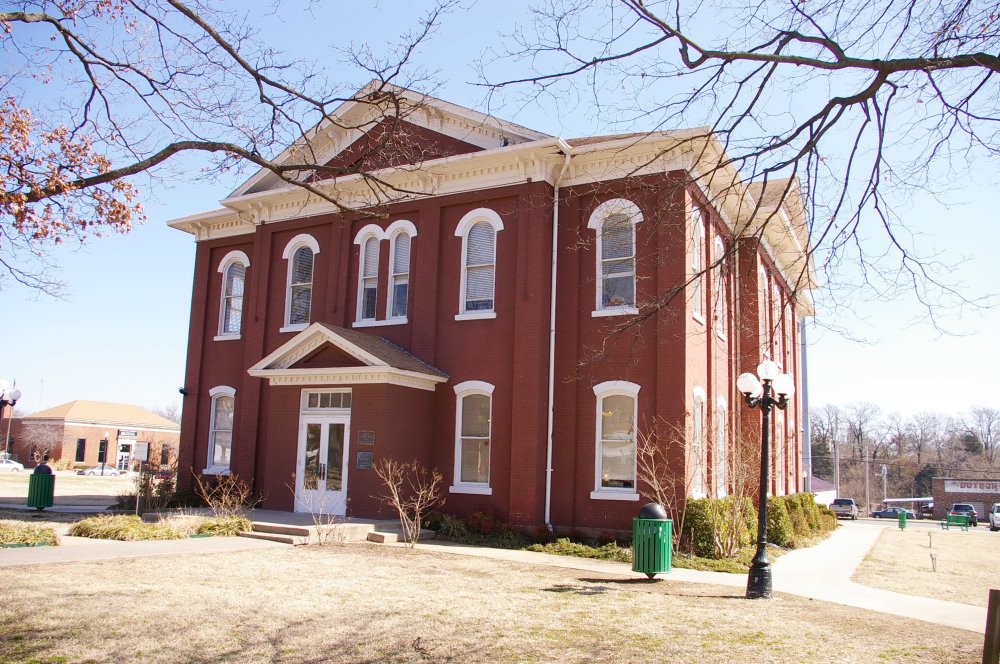 Description:  The building faces west and is a two story dark red colored brick structure. The building is located on spacious landscaped grounds in the center of Tahlequah to the east of the courthouse. The west front has a small enclosed porch on the first story. The windows are arched. On each side of the roof is a wide pediment at the roof line. The roof is hipped. The building is now the Cherokee National Museum.

Note:  This 1869 building, which today acts as the Cherokee National Capitol, as it was originally intended to be, once acted as the Cherokee County Courthouse from 1907 ( when Oklahoma became a state ) to 1979 when the current courthouse replaced it. The building was erected in 1867 to 1869 as the Cherokee Capitol. When it was still a county courthouse it was damaged in 1928 and the copula on top was removed. Ever since the county turned this structure back into the hands of the Cherokee Nation in 1979, it has functioned as the headquarters for the Cherokee court system and the election board. The new Cherokee Capital is located south of Tahlequah at 17675 Muskogee Avenue. 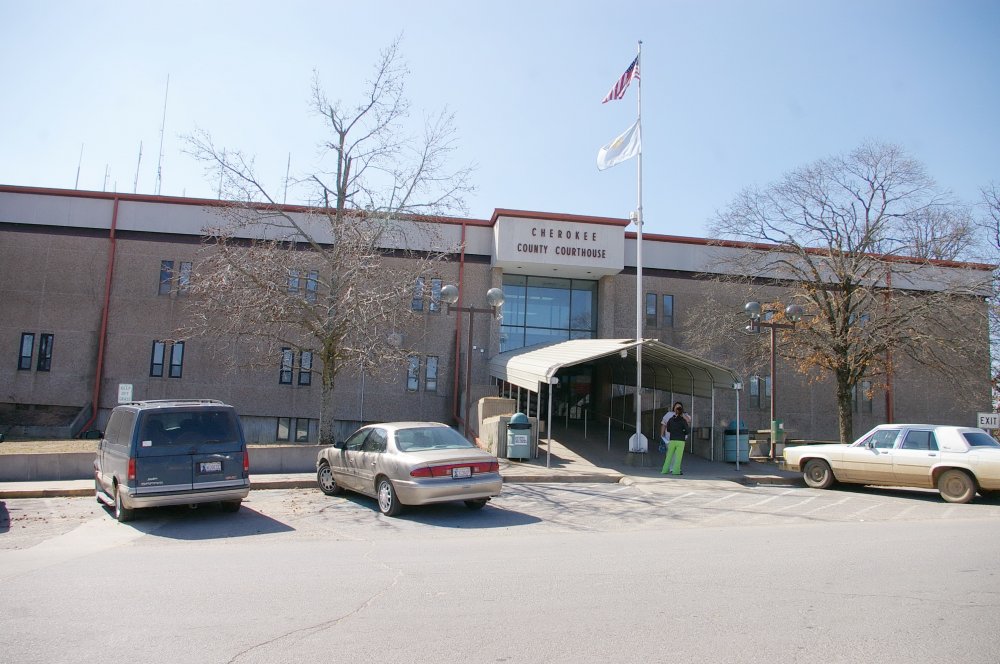 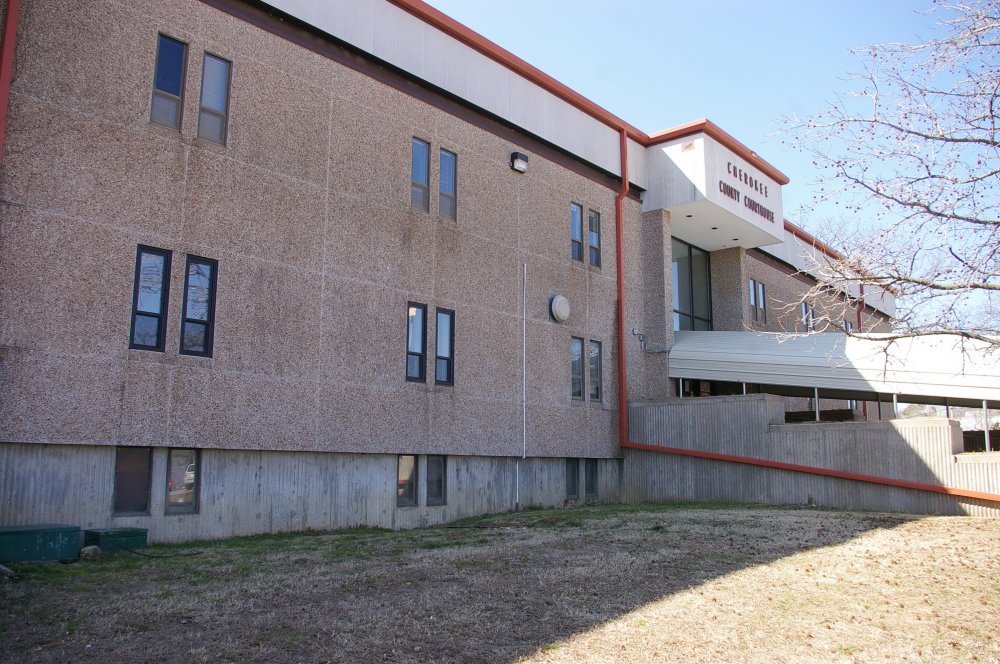 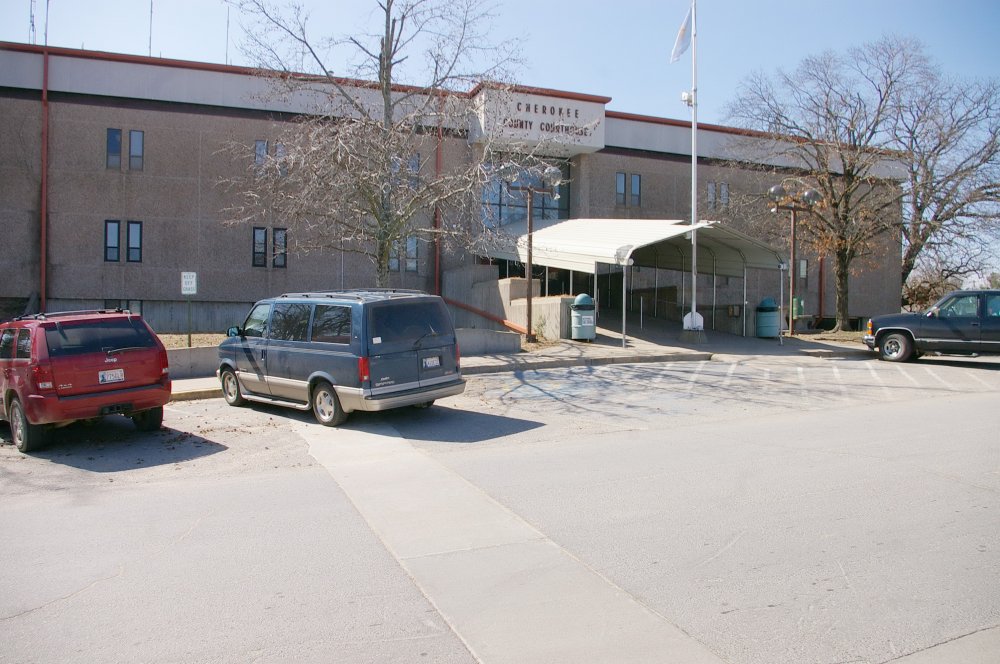 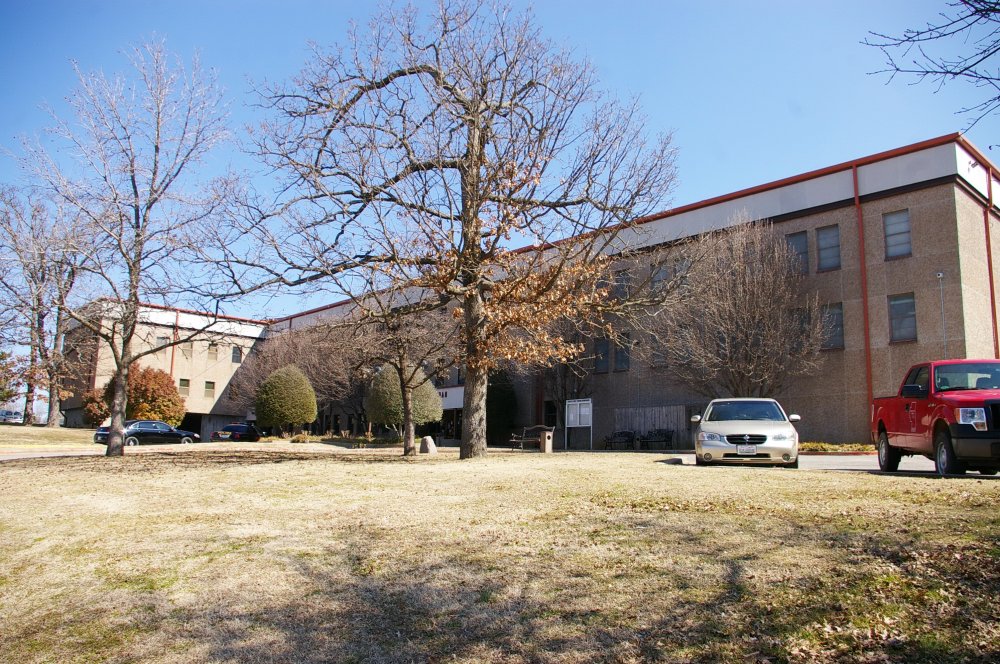 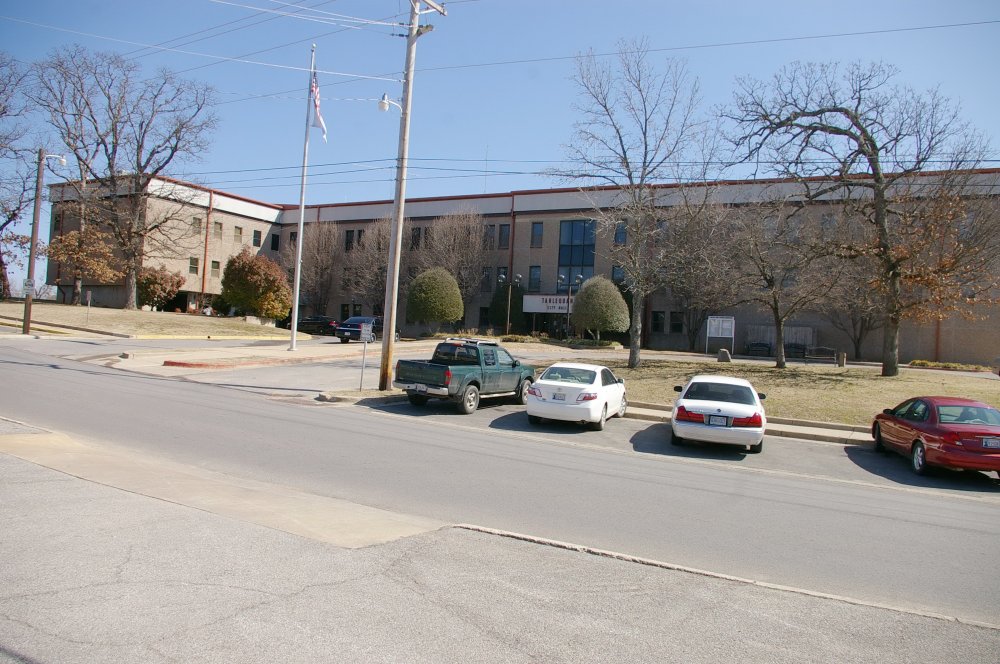 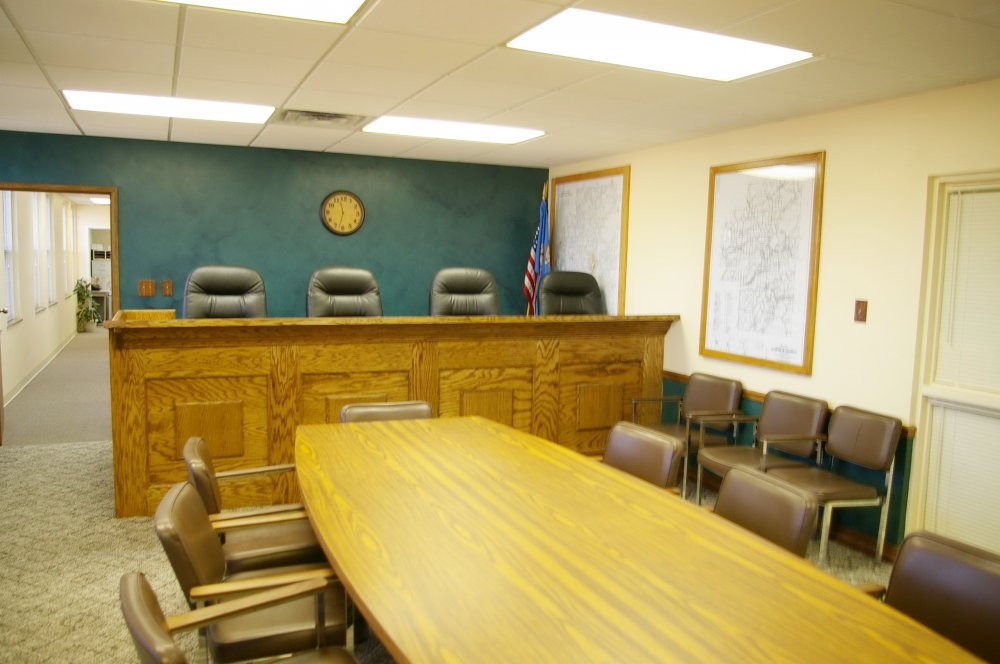 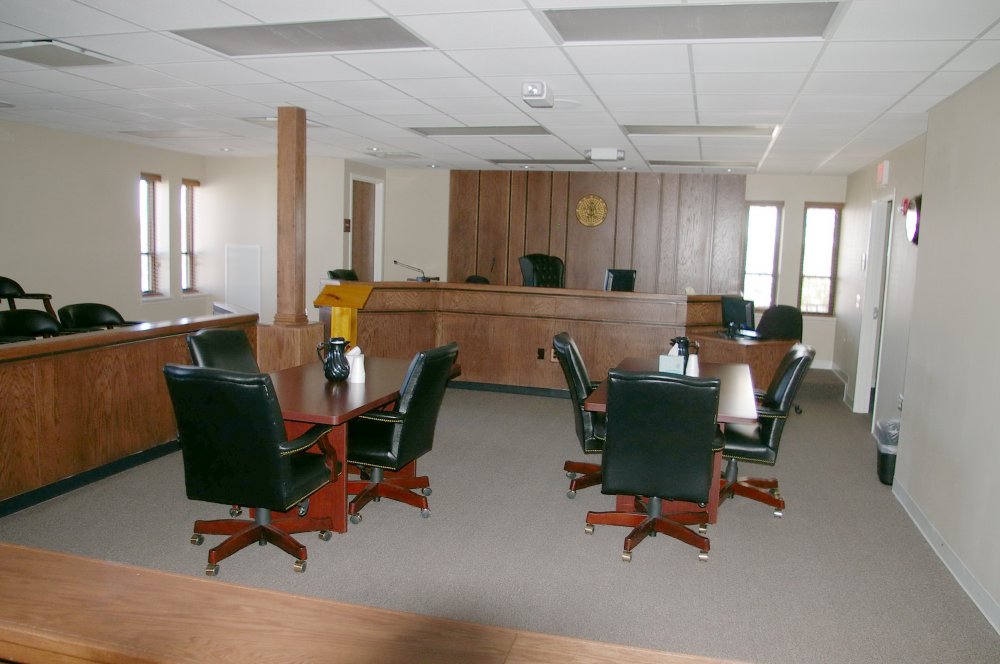 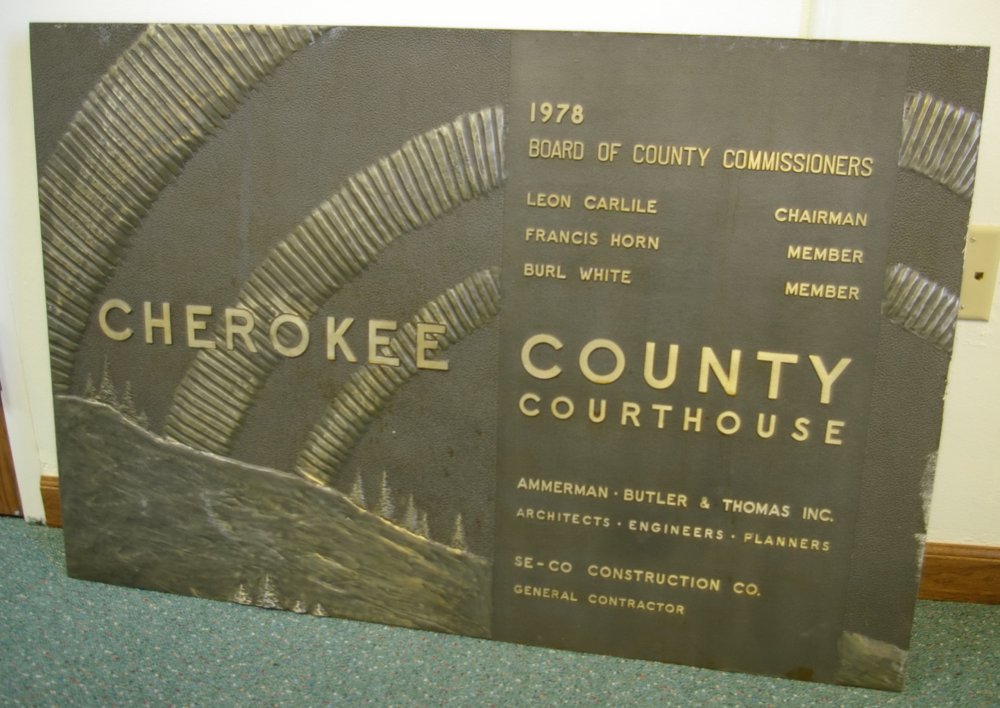 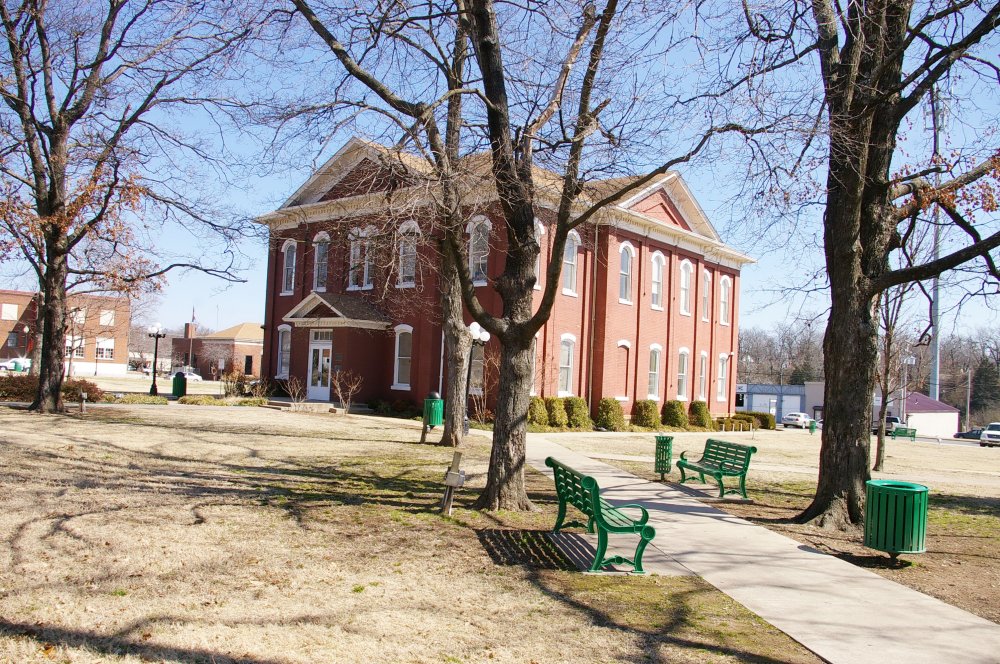 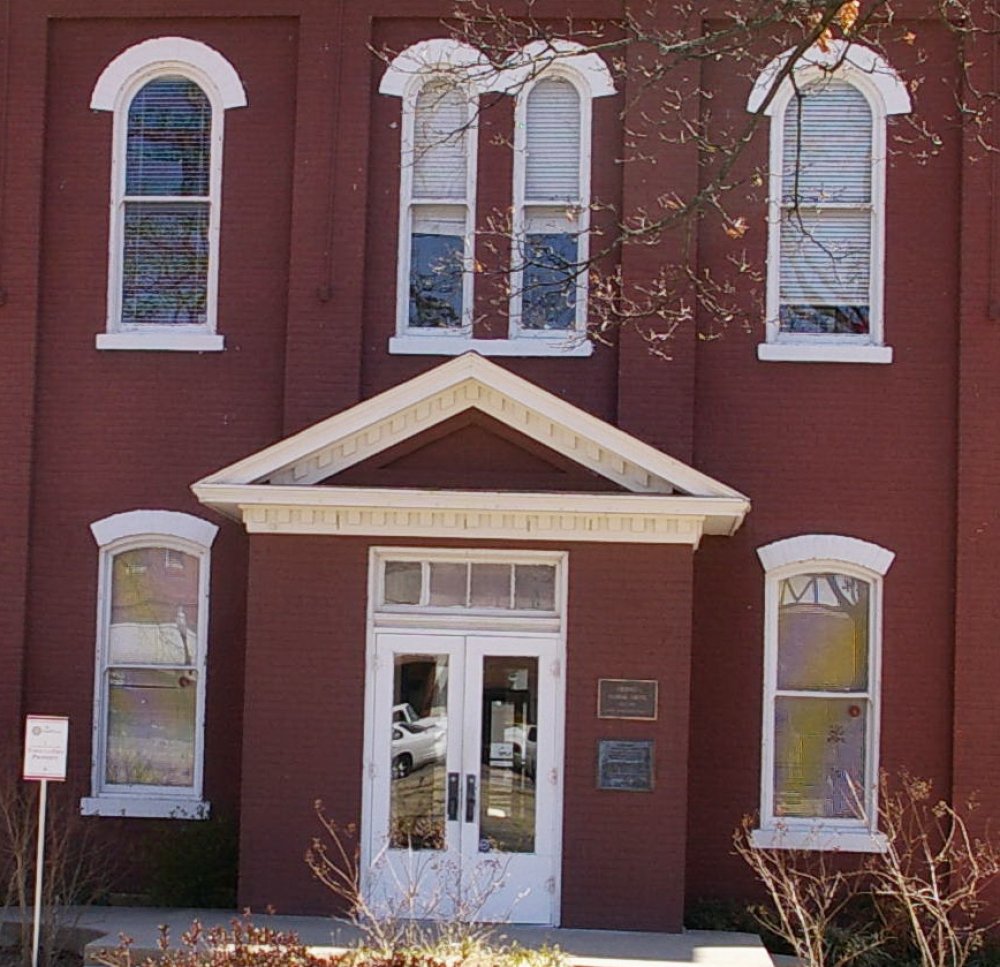 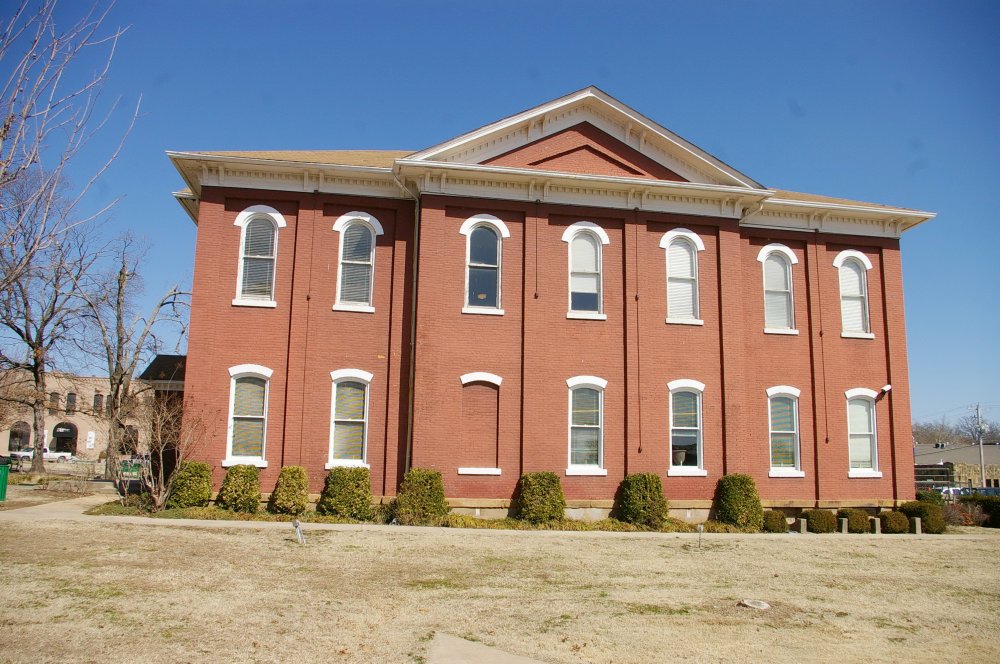 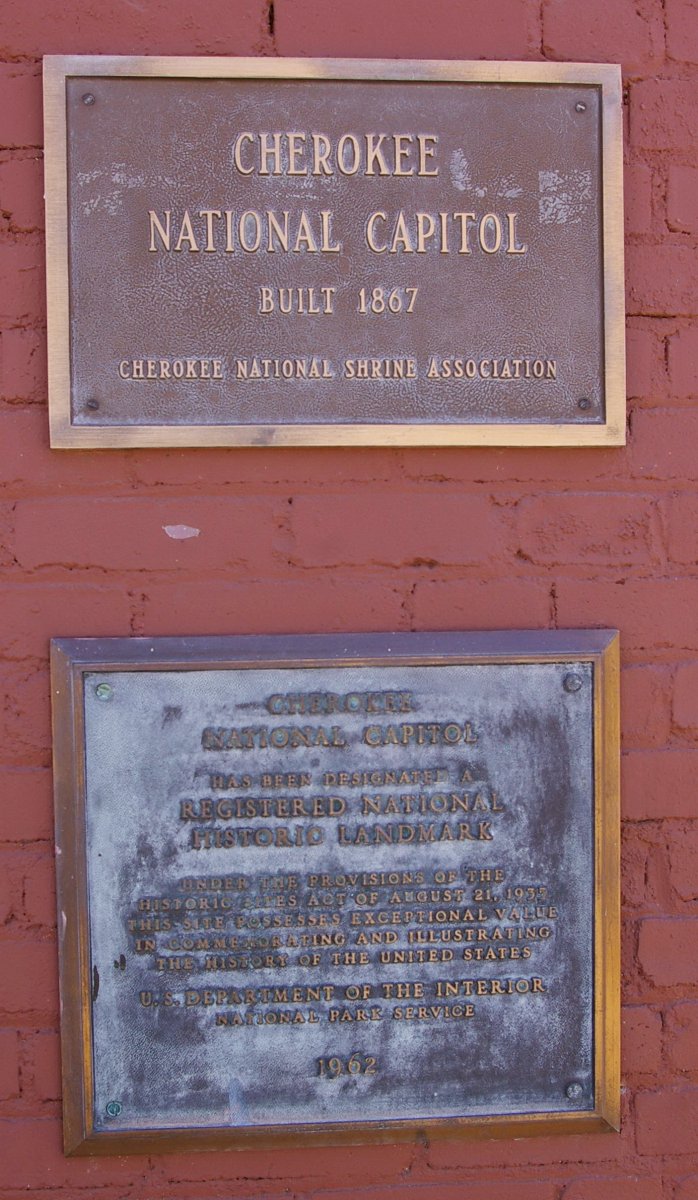