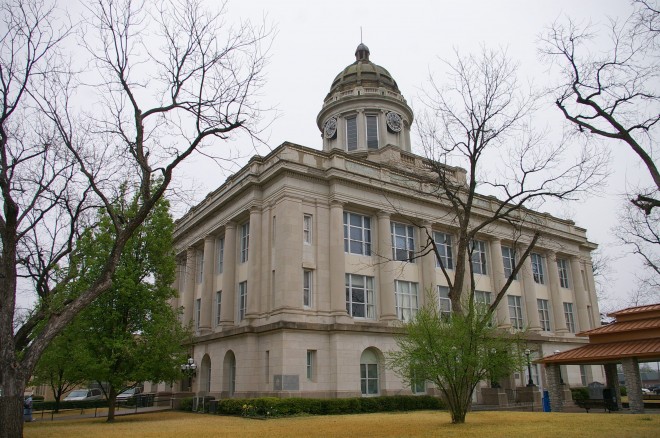 Carter County is named for the Carter family, who were a predominant family in the area.

Description:  The building faces west and is a three story gray colored limestone, granite and concrete structure. The building is located on landscaped grounds in the center of Ardmore. The building has arches along the first story with an entrance at the center. Rock-faced sandstone detailing includes the ends of the eyebrow hoods, the sills and the outline of the arch above the central entry.. On the west side is a long raised canopy with tiered red colored roof. There are eight high columns rising from the second story to the top of the third story. Around the roof line is a balustrade. On the center of the roof is a round dome with copper roof and small cupola at the top. The central feature of the interior is a smal1-scale three-story rotunda. The floor has a grid pattern of black and white colored mosaic tile. The first and second stories have cove ceilings while the third floor has a coffered ceiling. Wide and narrow grained marble are used extensively in the interior on columns, stairs and a five-foot high wainscot. The entrance vestibule is lined with Vermont marble. The grand stairway is also constructed of Vermont marble. The courtroom is located on the south side of the third story. The  building was remodeled in 1976. The architect was Flood-Isenberg-Hann and the contractor was Ye-Con Construction Company. On the east side is the County Courthouse Annex constructed in 1956. The architect was Harold F Flood and the contractor was Burton-Miller Construction Company. The building was remodeled in 1976. The architect was Flood-Isenberg-Hann and the contractor was Ye-Con Construction Company.

Description:  The building faces south and  is a two story red colored brick structure. The rectangular shaped building is located on landscaped grounds in the center of Ardmore. The south front has a central entrance framed with sandstone trim and store front windows on either side. Decorative brickwork includes pilaster strips, semi-circular eyebrow hoods above windows and the central entry, broken, toothed stringcourses above the clearstory level and below the decorative frieze at the roofline, with another stringcourse below the second story windows, and other decorative friezes to each side of the central bay and above the central entry. Rock-faced sandstone detailing includes the ends of the eyebrow hoods, the sills, the outline of the arch above the central entry, and a high watertable. The roof line is flat. The building was constructed as the United States Courthouse, the first one inside Indian Territory and served as the first county courthouse. 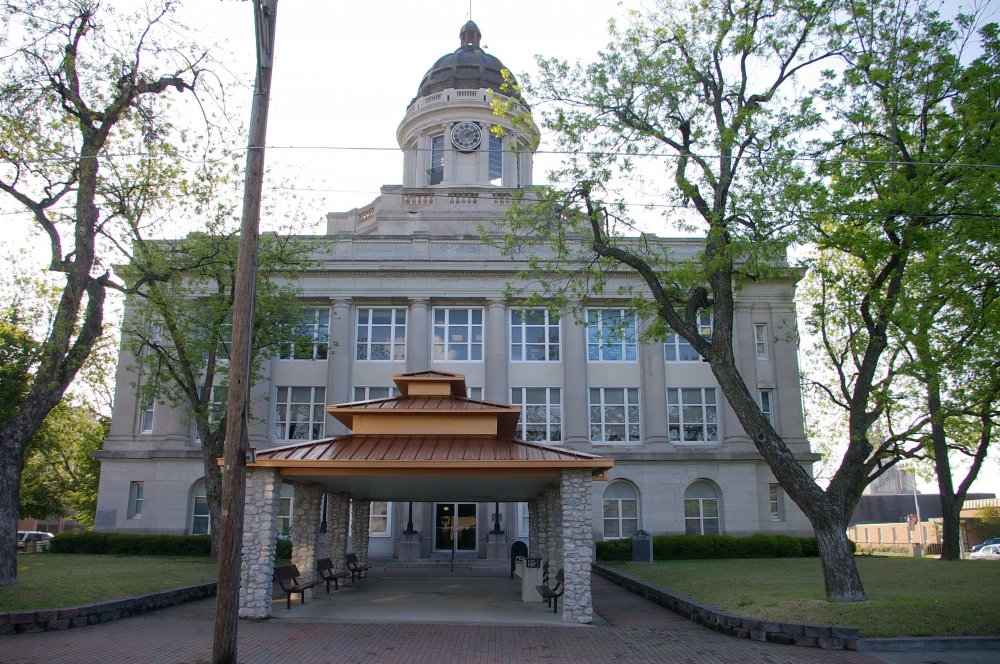 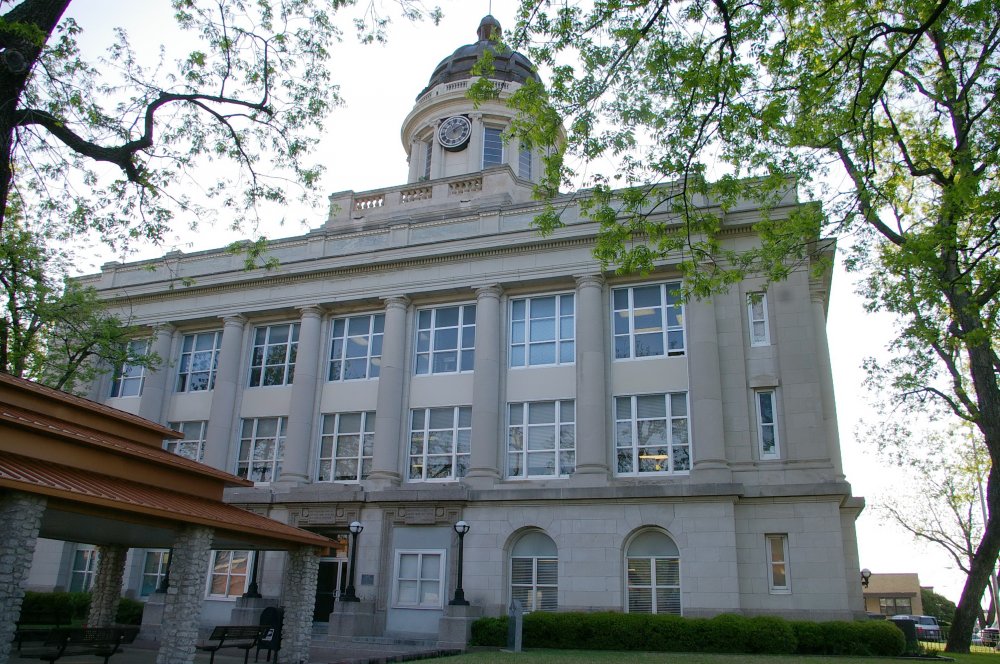 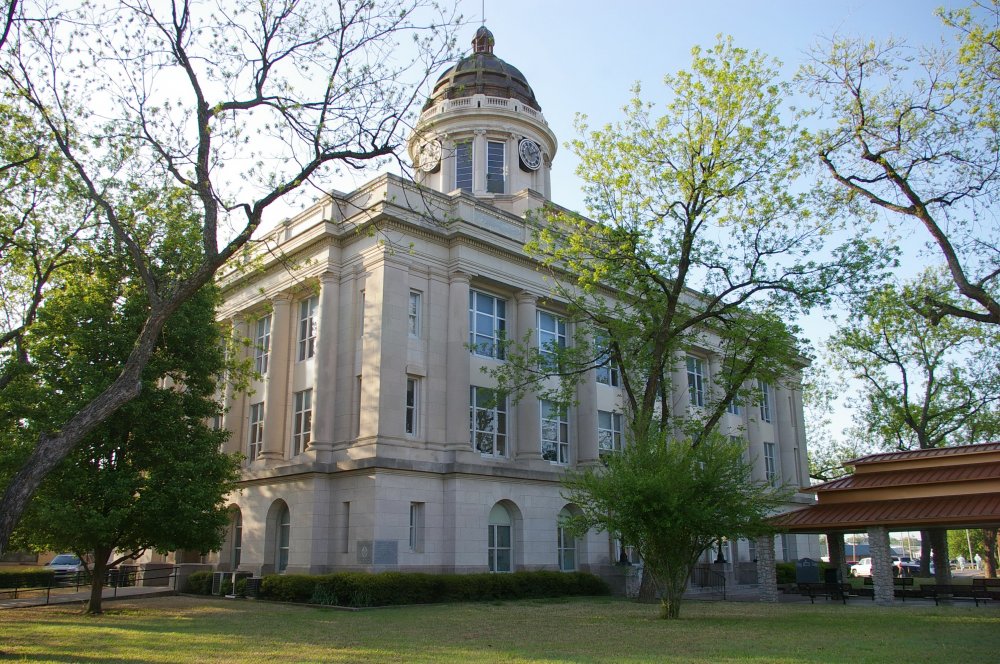 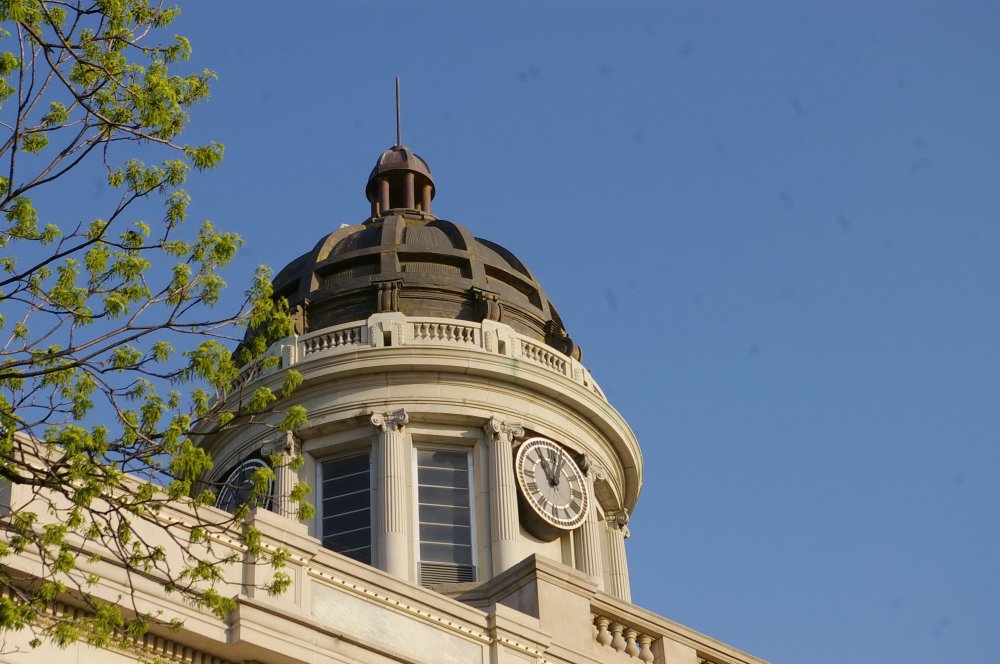 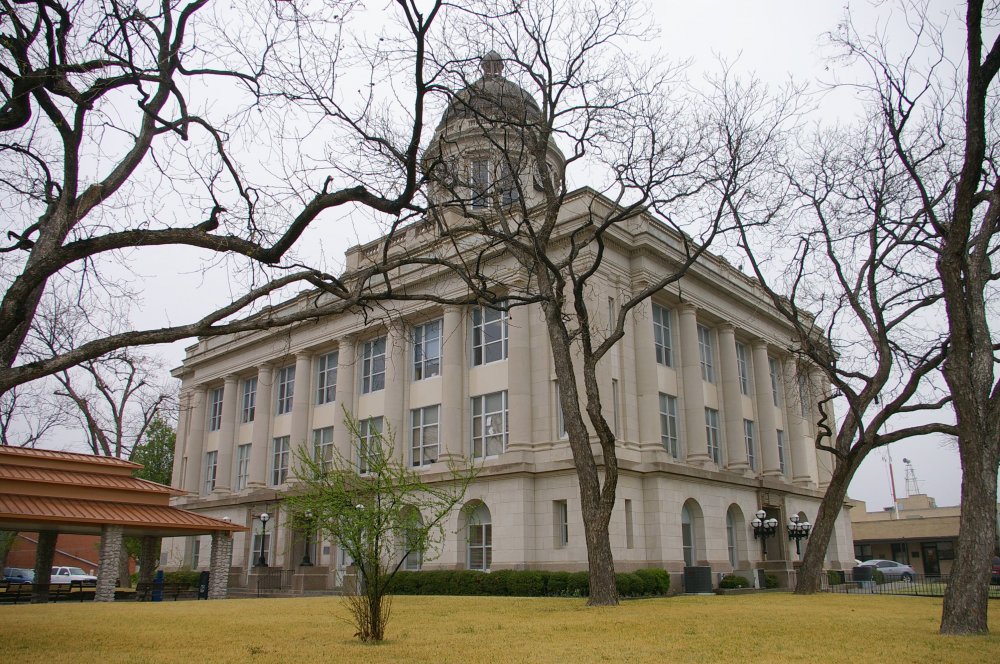 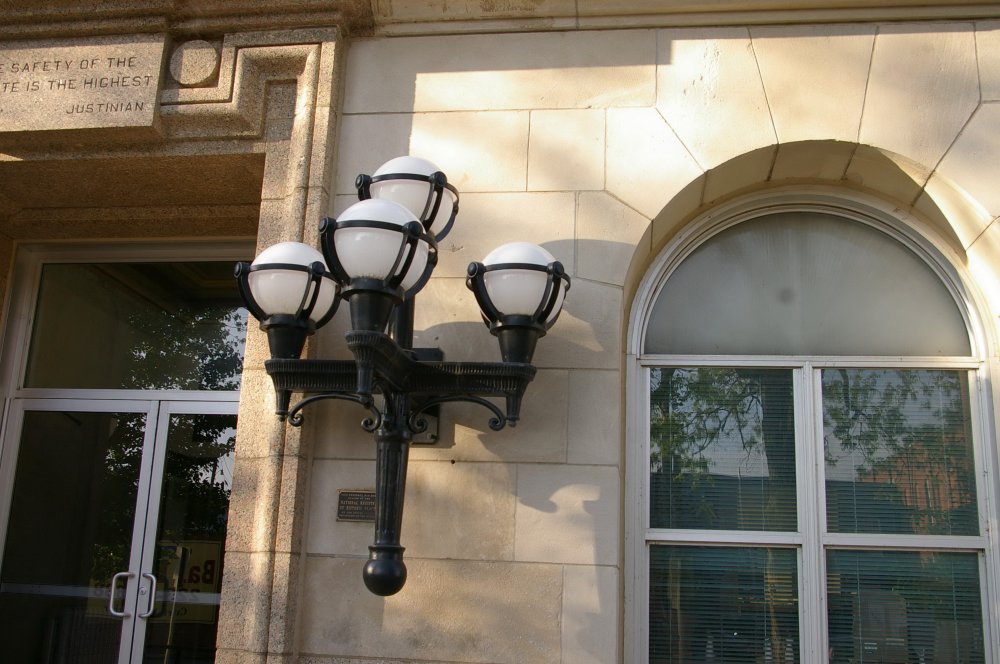 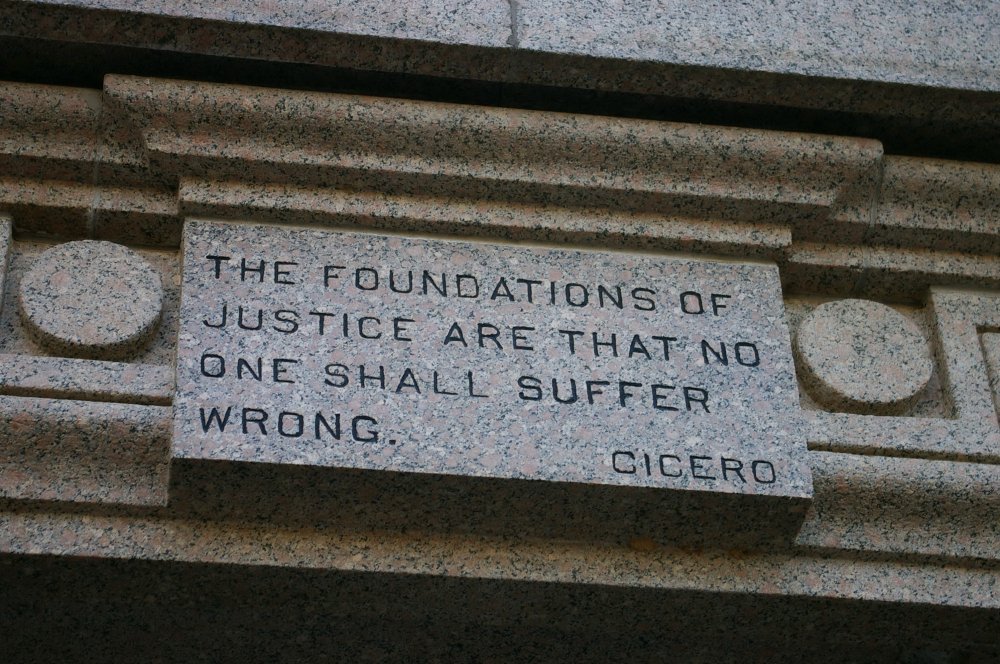 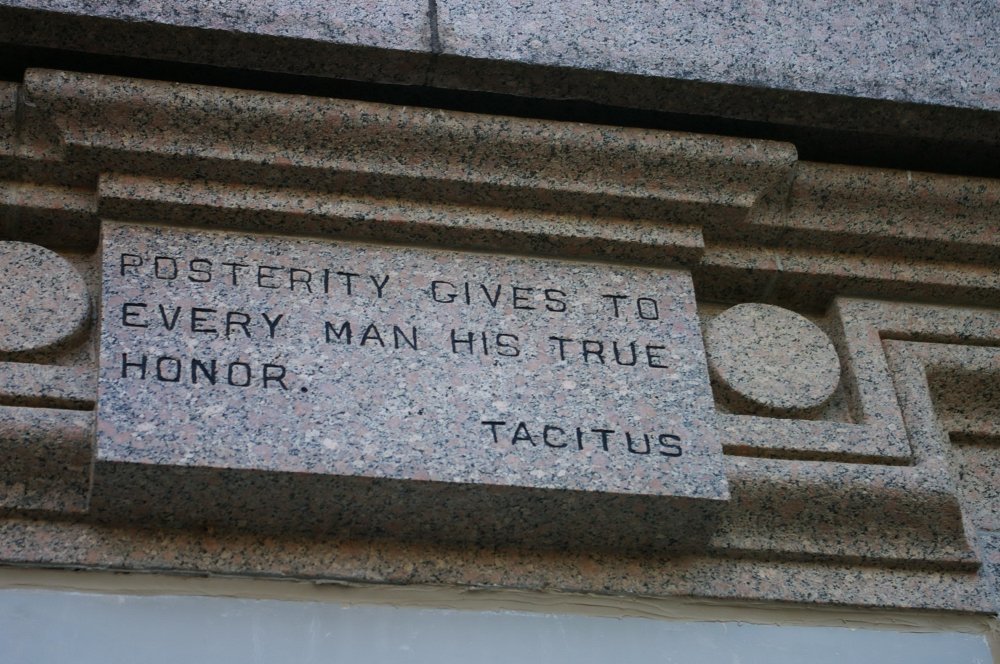 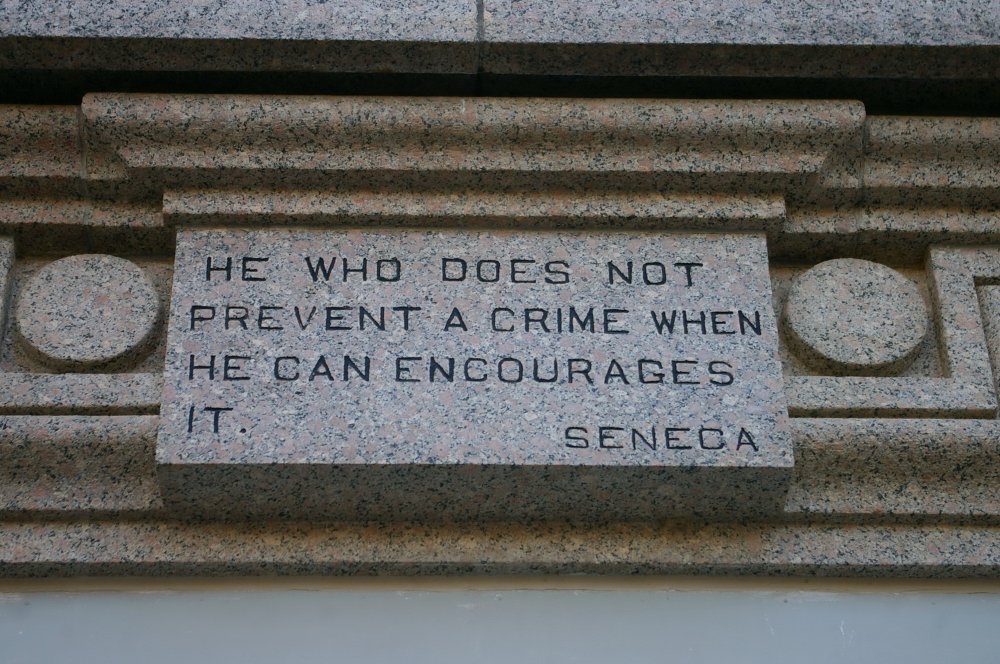 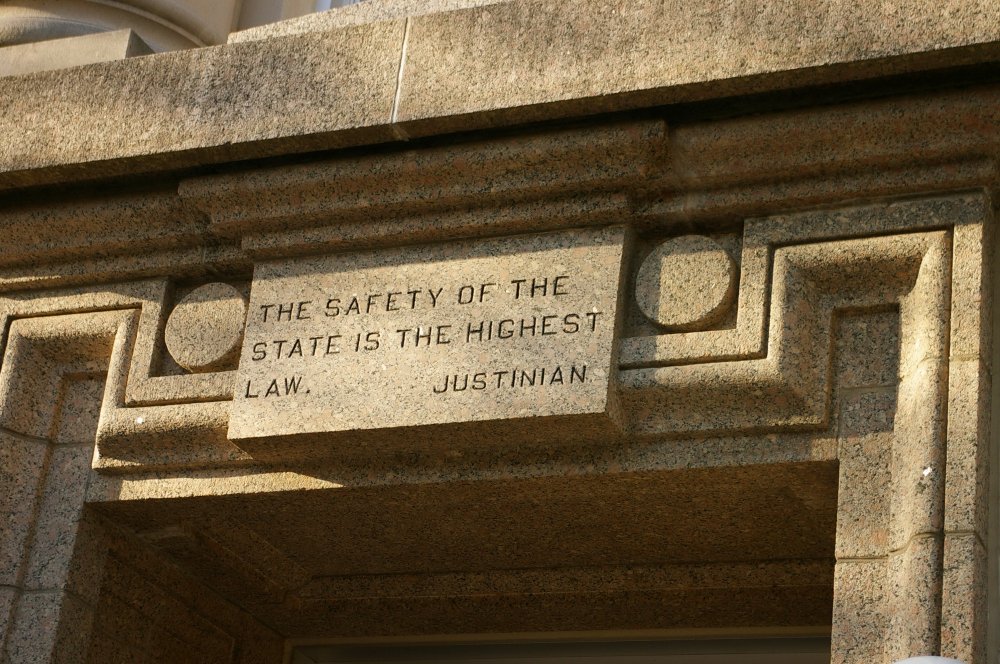 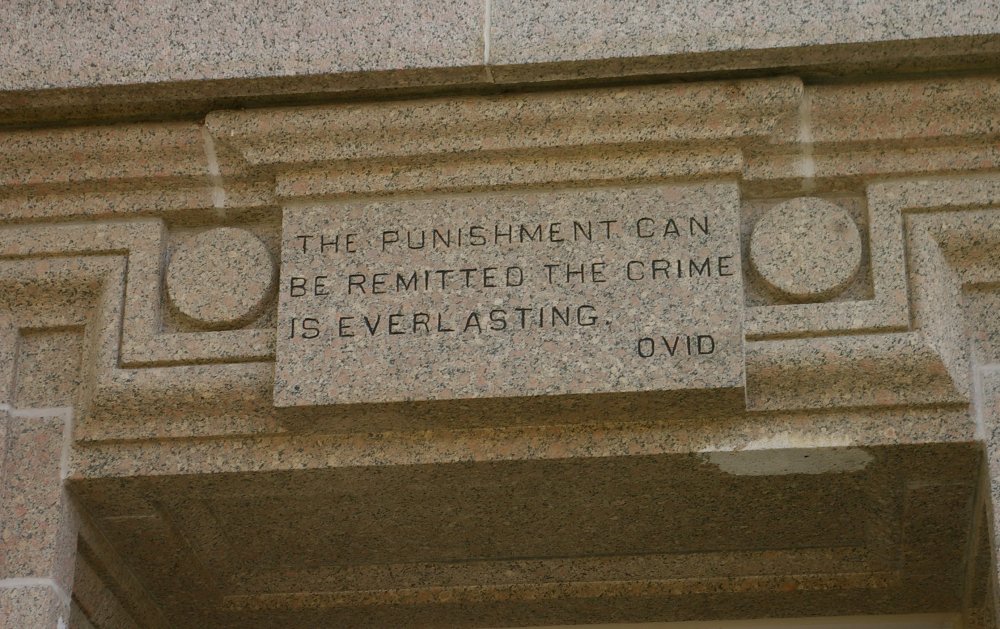 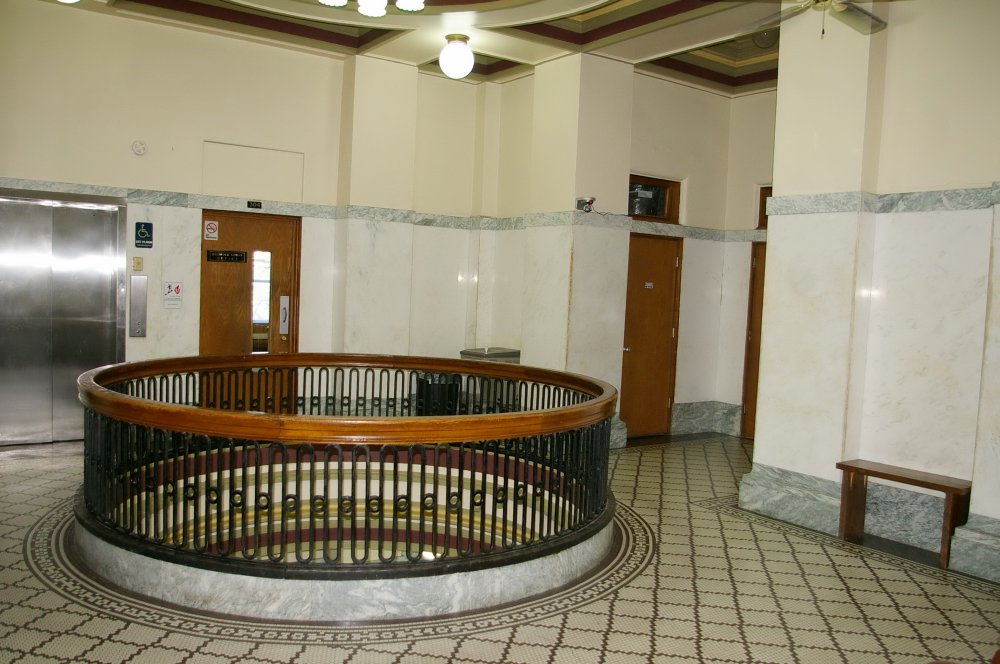 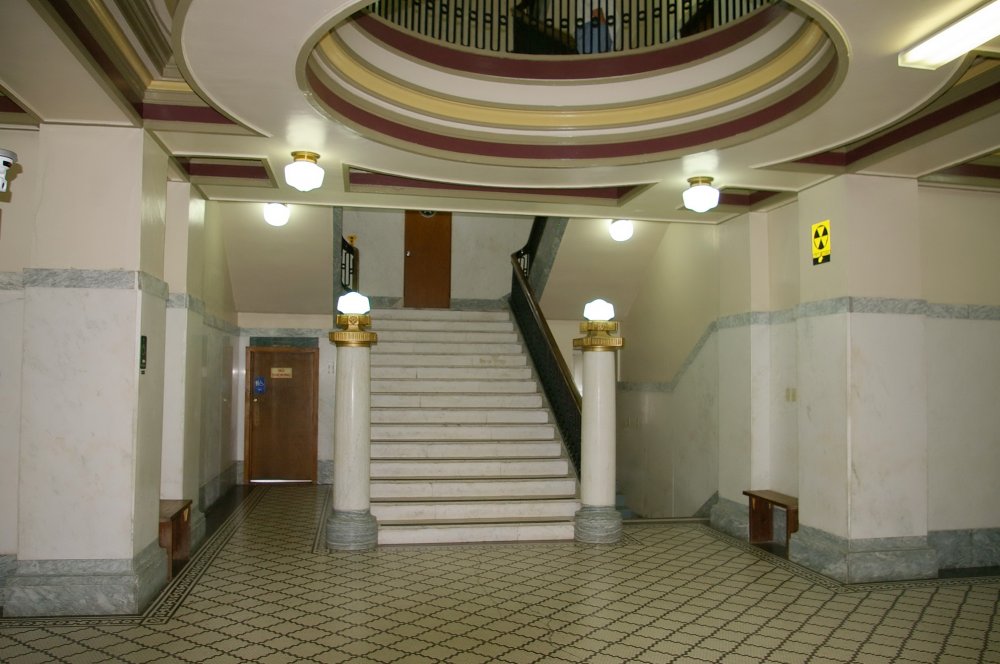 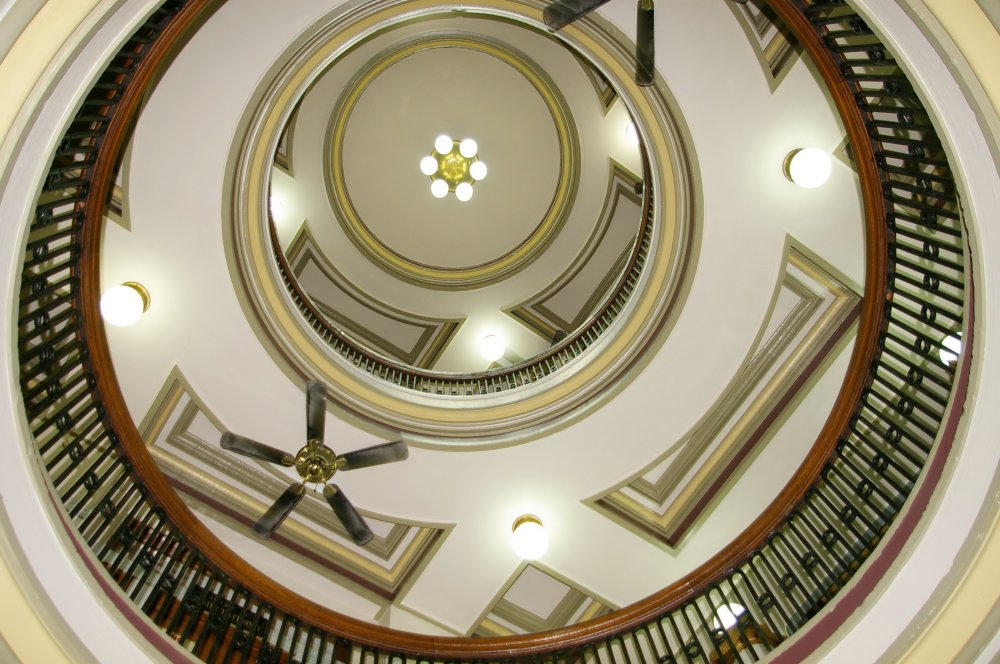