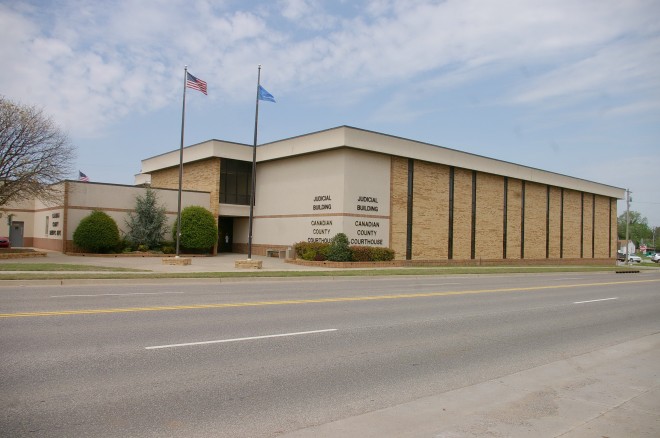 Canadian County is named for the Canadian River, which was named by early French explores after Canada.

Description:  The building faces east and is a two story buff colored brick and concrete  structure. The rectangular shaped building is located on landscaped grounds in the center of El Reno. The entrance is at the center of the south side with a recessed doorway. The windows are vertical and narrow. There is a wide overhang along the flat roof line. On the second story are the courtrooms and the Statue of Lady Justice from the first courthouse.  The building is named as the Judicial Building. On the south side are the Sheriff’s Office, Old County Stables and Old County Jail. 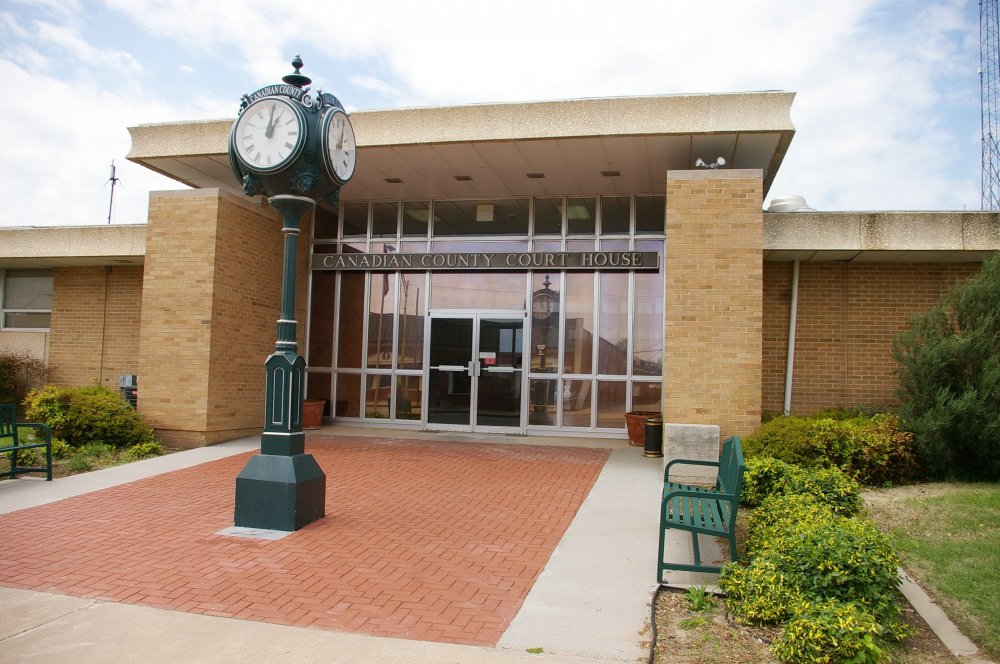 Description:  The building faces east and is a one story buff-red colored brick and concrete structure. The building is located on landscaped grounds in the center of El Reno to the south of the courthouse. The building is “U” shaped with the central entrance on the east side. The entrance has a raised flat roof with recessed doorway, and on either side are recessed sections with high horizontal windows. The building served as the second courthouse until 1988.

History:  The county was created in 1889 and El Reno was selected as the county seat. A one-story, frame livery stable served as the seat of county government until the first courthouse, a two story brick and stone structure was designed by designed by W J Riley and Solomon A Layton and constructed by Thomas O’Keefe and L F Kramer in 1903 to 1904. The second courthouse was constructed in 1961 to 1962 and is still standing as the County Administration Building. The third and present courthouse was constructed in 1986 to 1988. 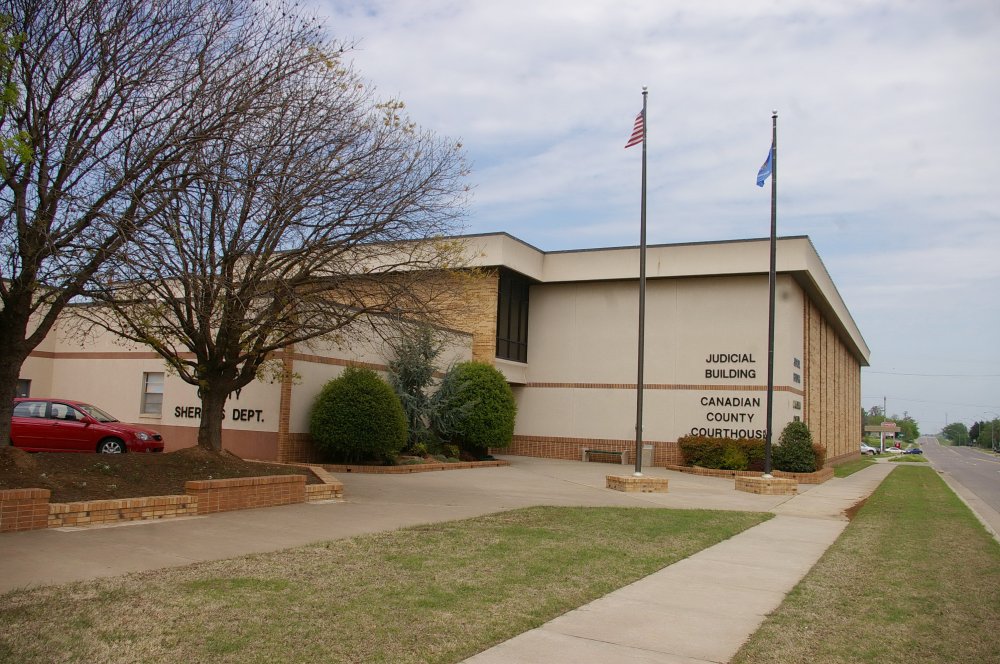 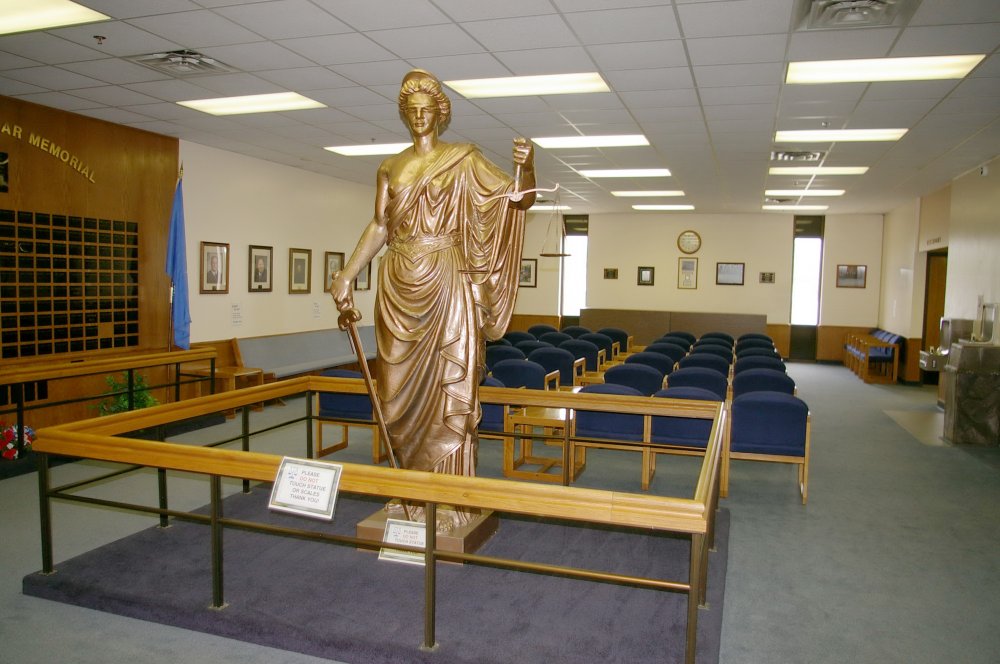 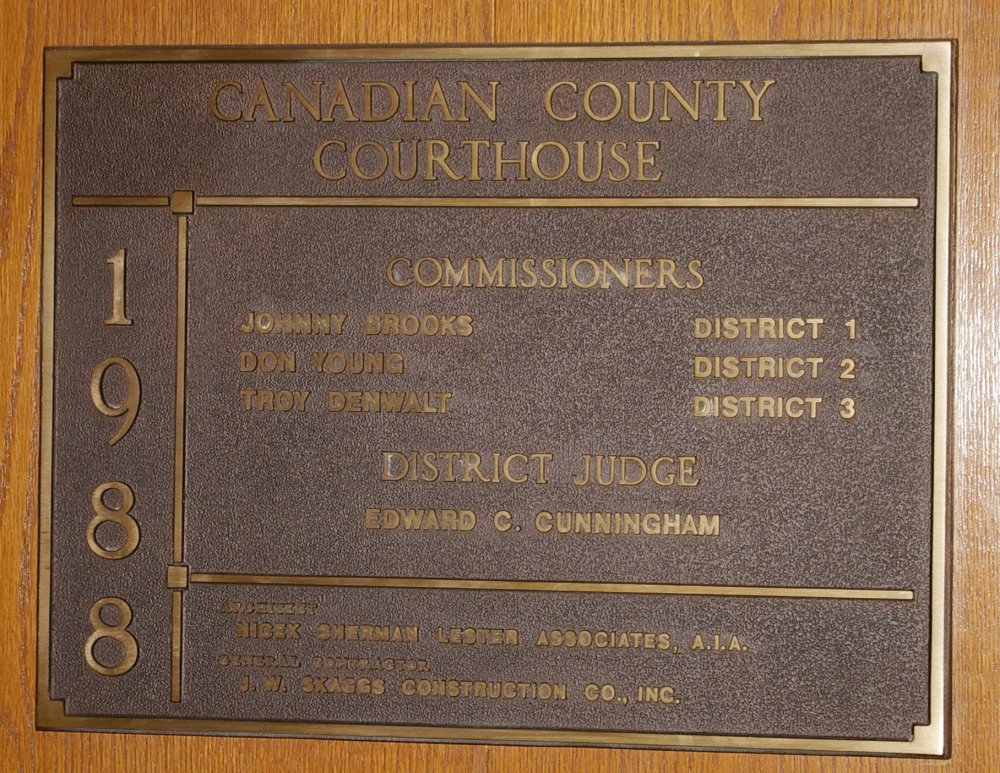 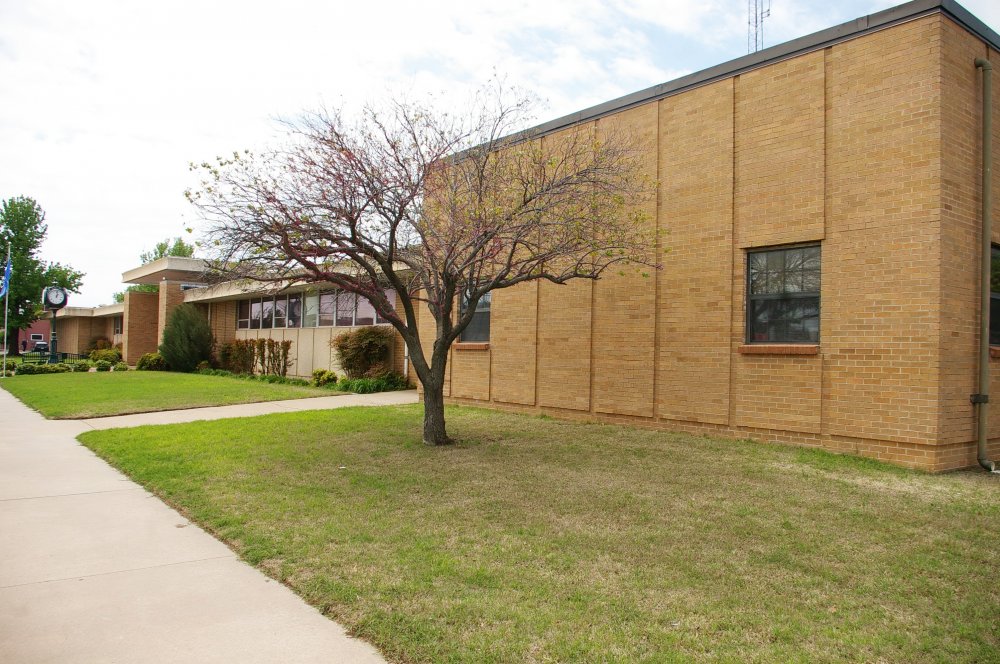 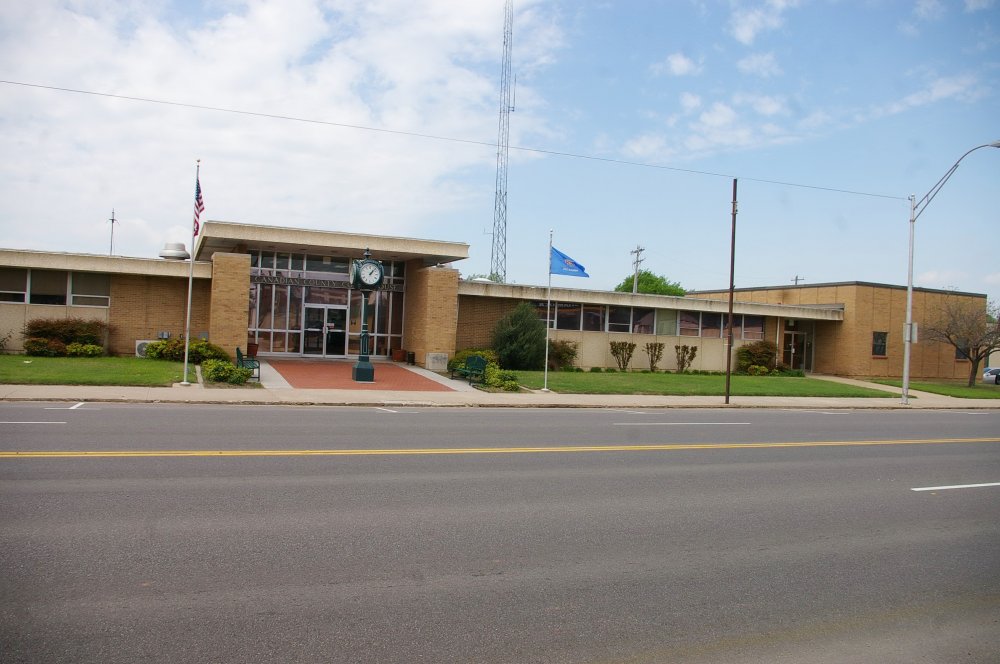 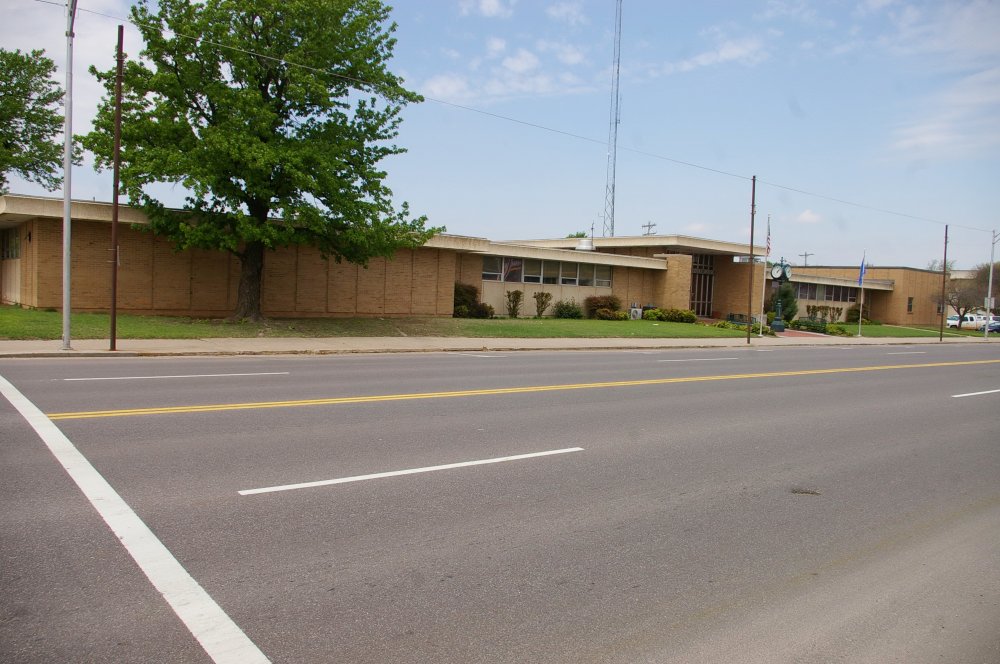 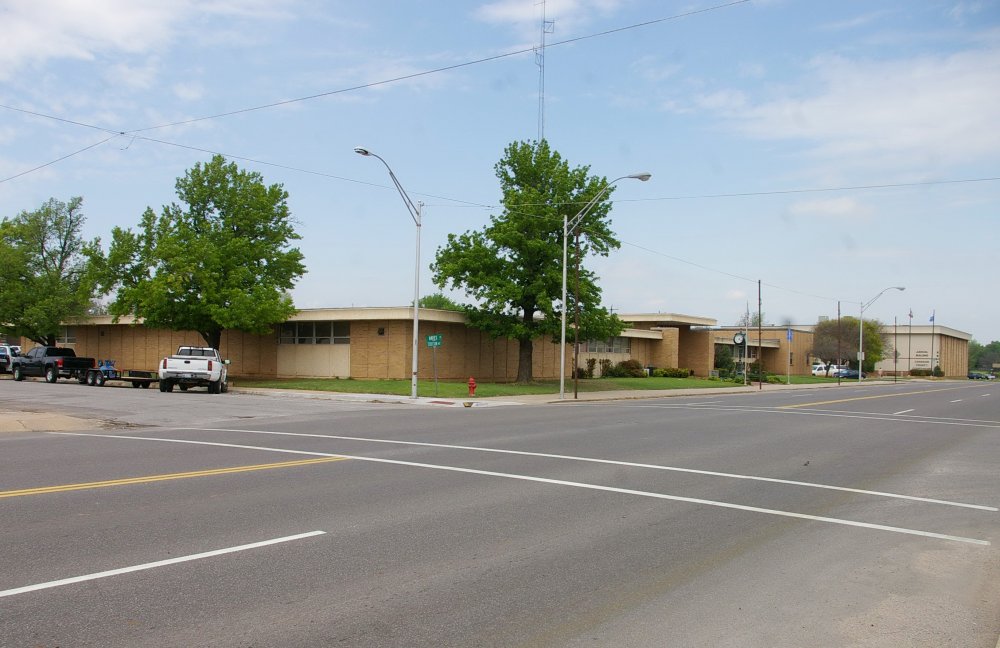 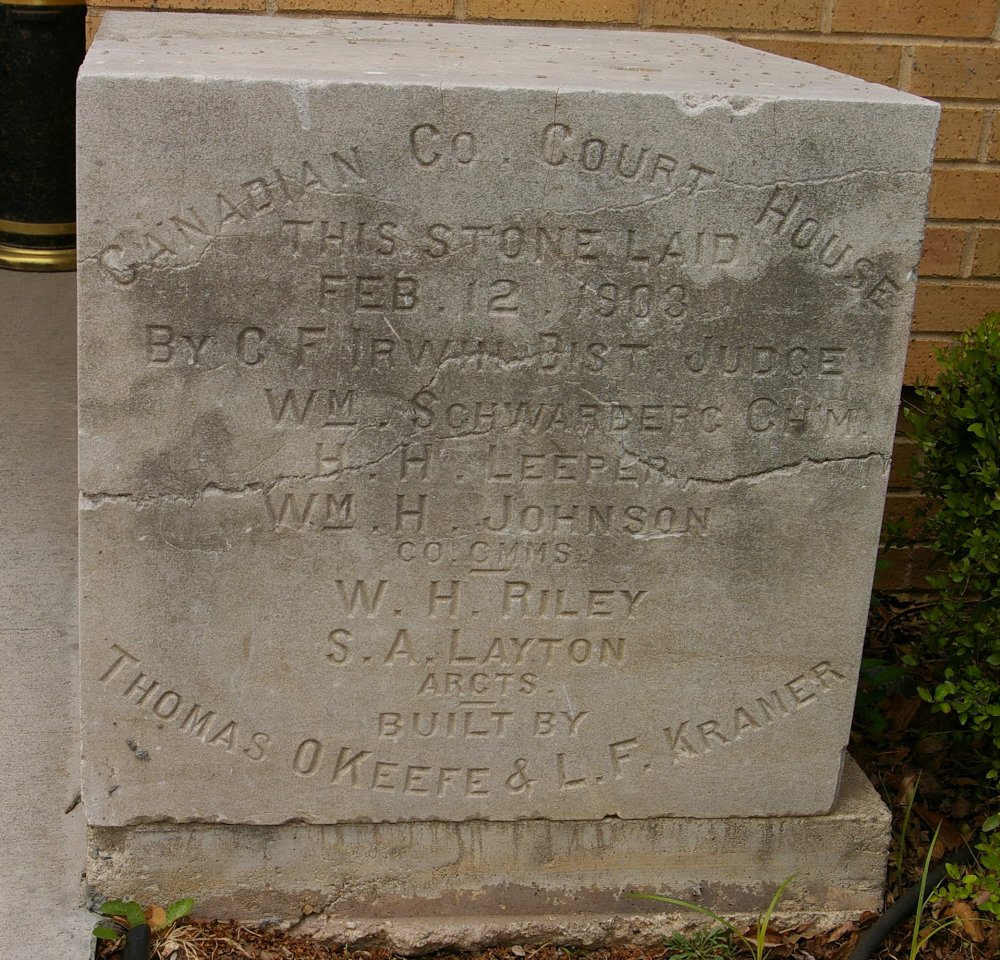 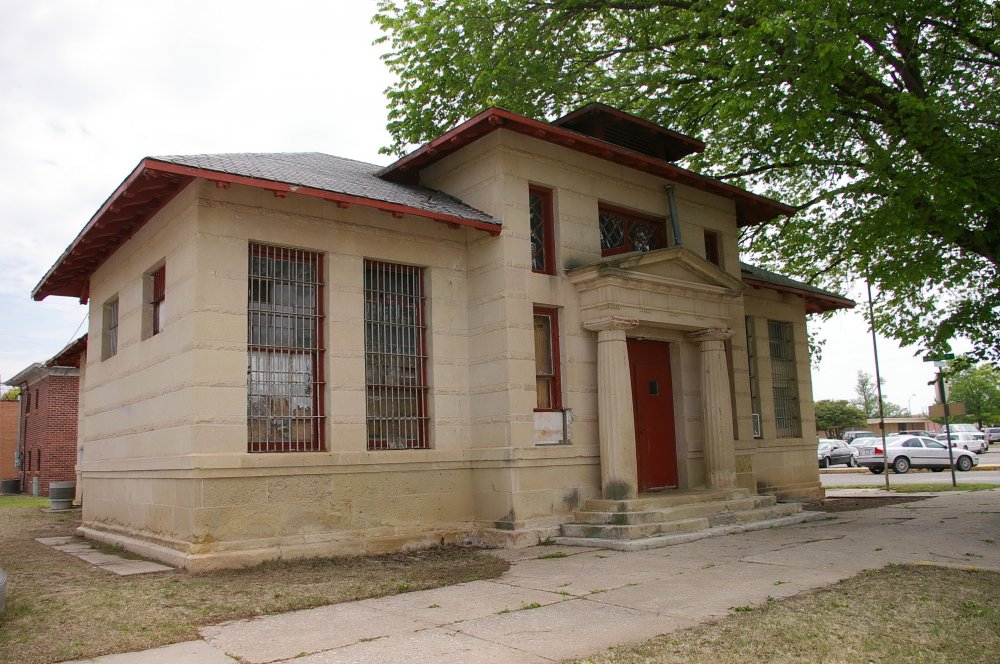 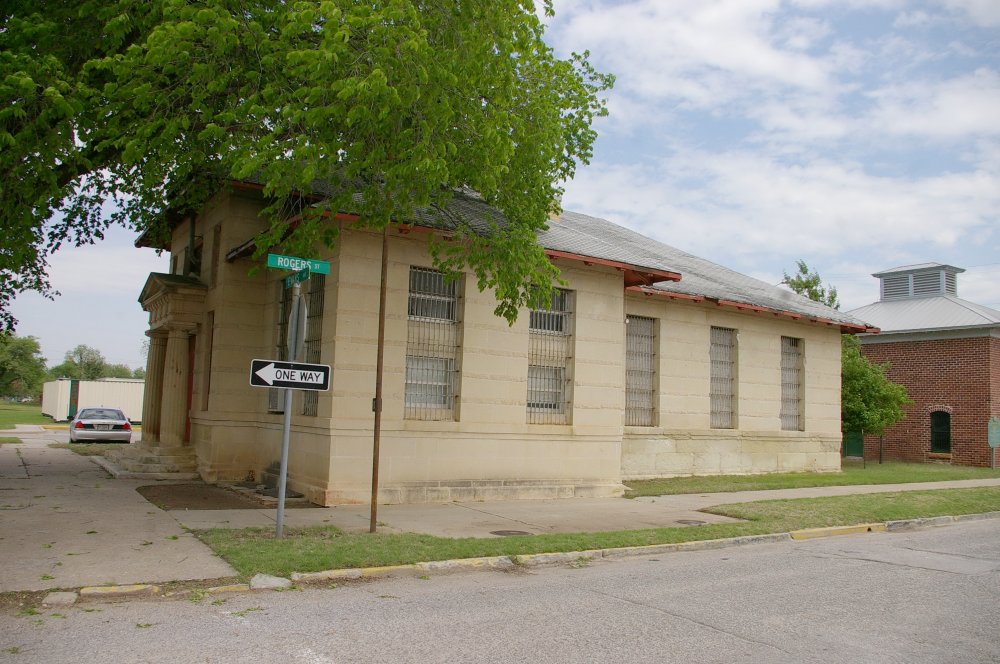 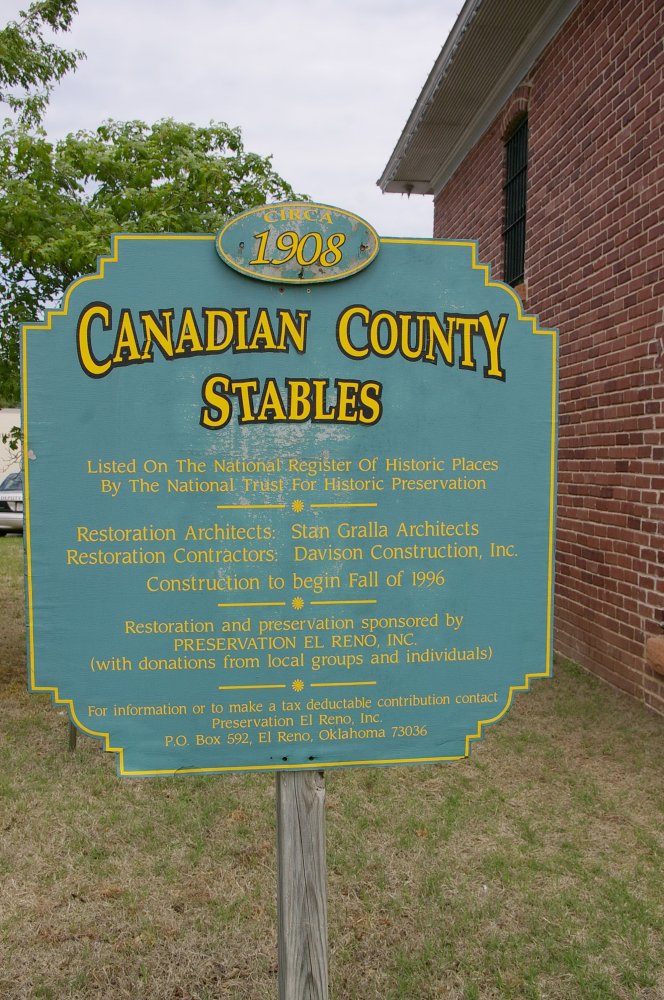 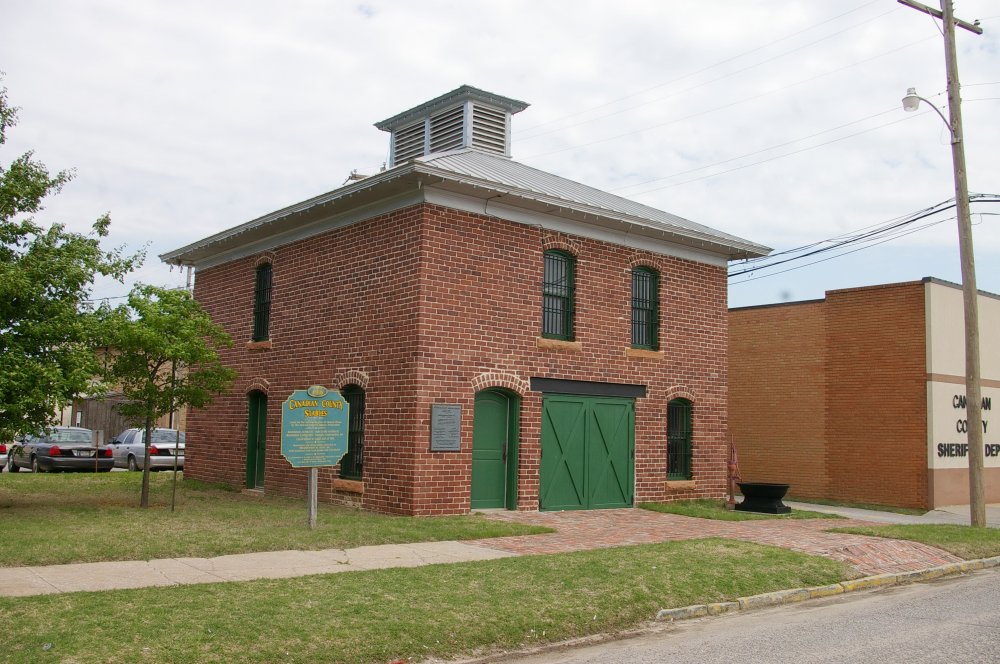 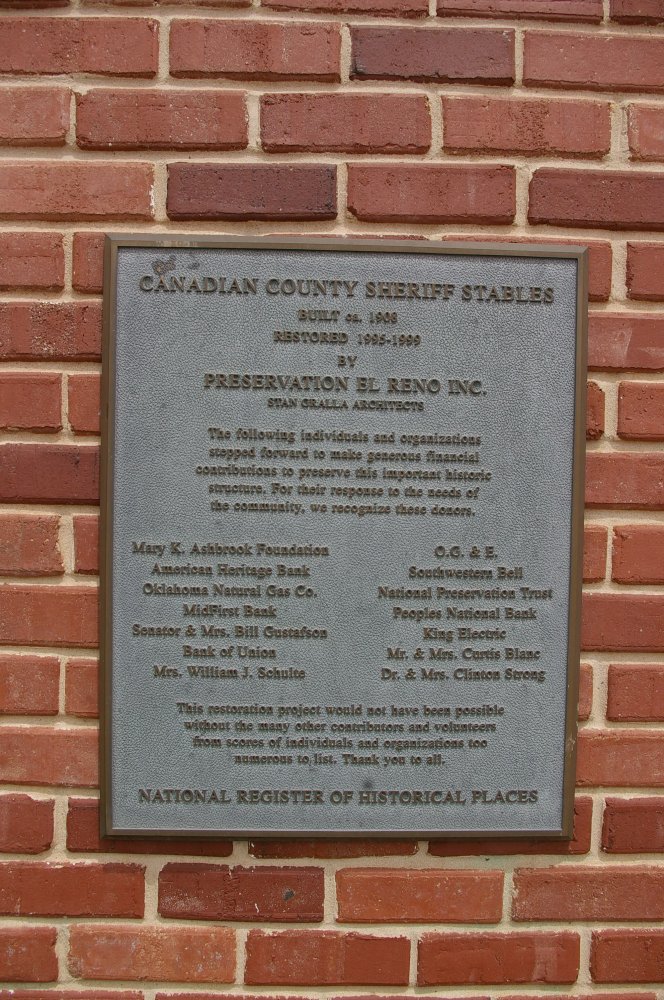