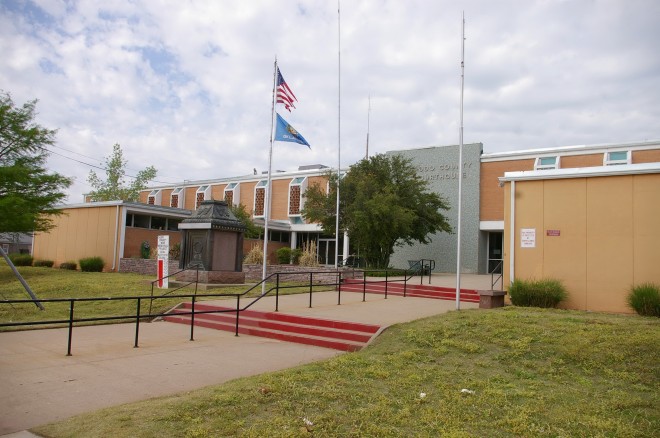 Caddo County is named for the Native American word “Kaddi” which means “life” or “chief”.

Description:  The building faces east and is a two story buff colored brick and concrete  structure. The building is located on landscaped grounds of the Courthouse Square in the center of Anadarko. The building is an “L” shape with a long south wing with no windows and an east wing. On the east front the north and south one short wings extend from the main building. The central recessed entrances have a high black colored stone wall between each entrance. The windows on the second story project from the building. A white colored cornice runs along the flat roof line. The courtroom is located on the second story.

History:  The court was created in 1901 and Anadarko was selected as the county seat. The county used a tent on the Courthouse Square in Andrako until the first one story wood frame courthouse was built in 1901. A second story was added in 1902. The second courthouse was a three story brick structure designed by J H Bennett and constructed by H J Van Denburg Construction Company in 1902. The third and present courthouse was constructed in 1957 to 1958. 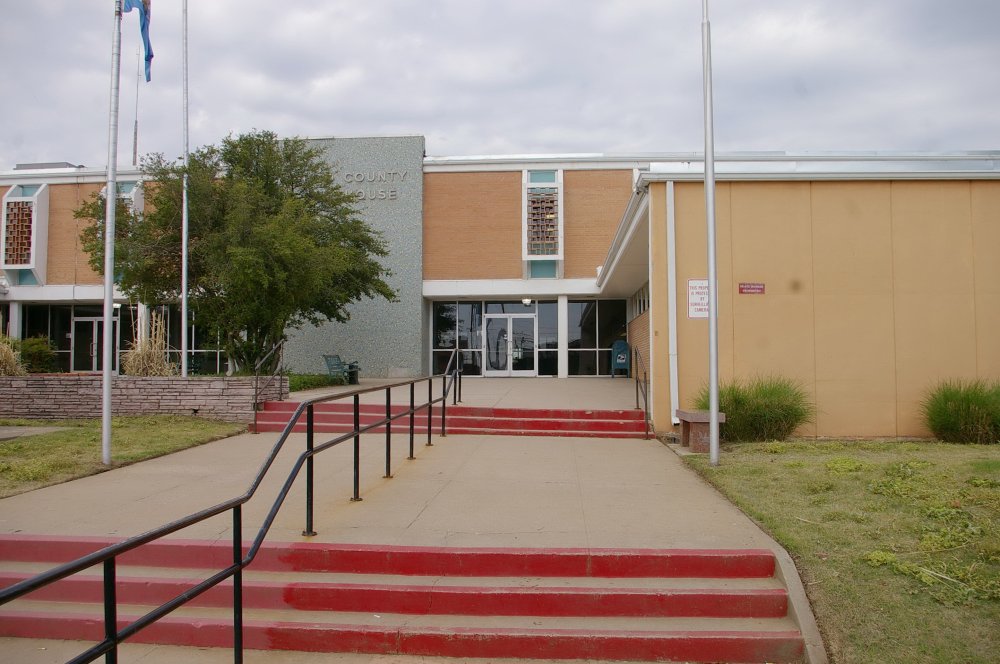 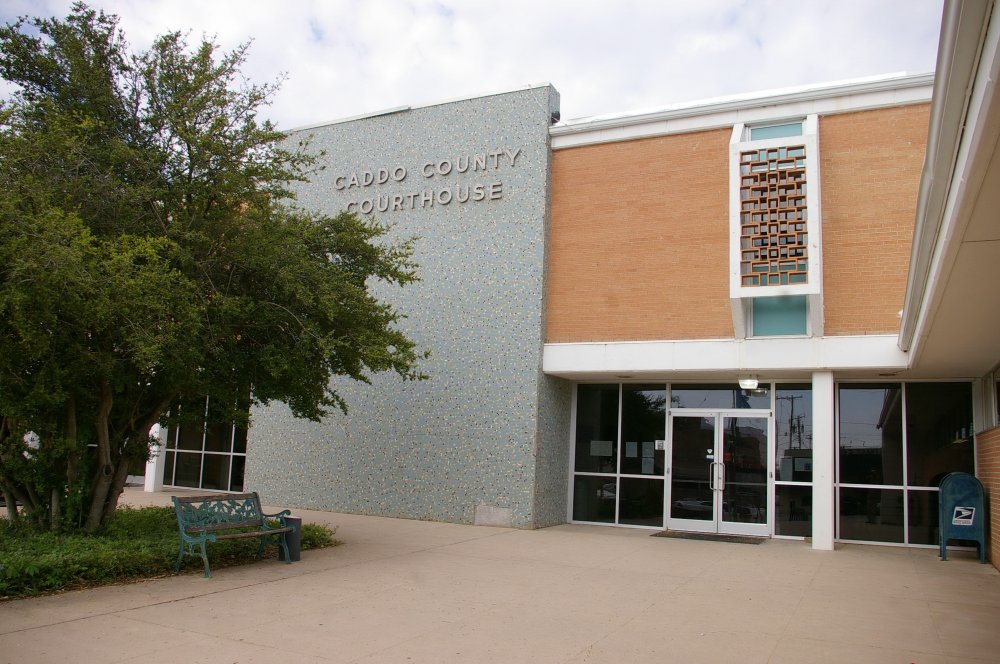 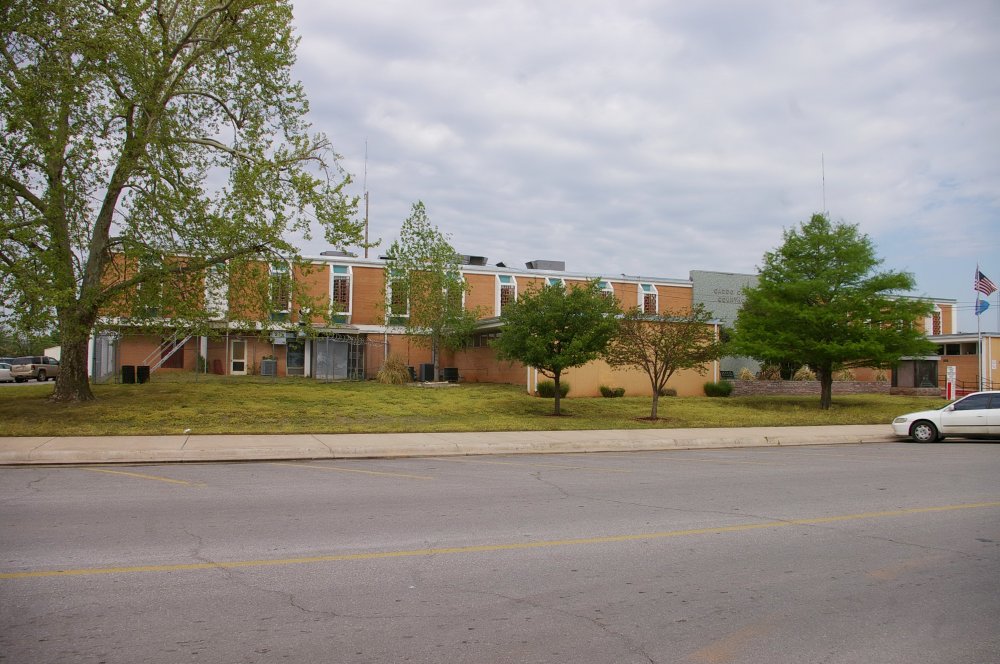 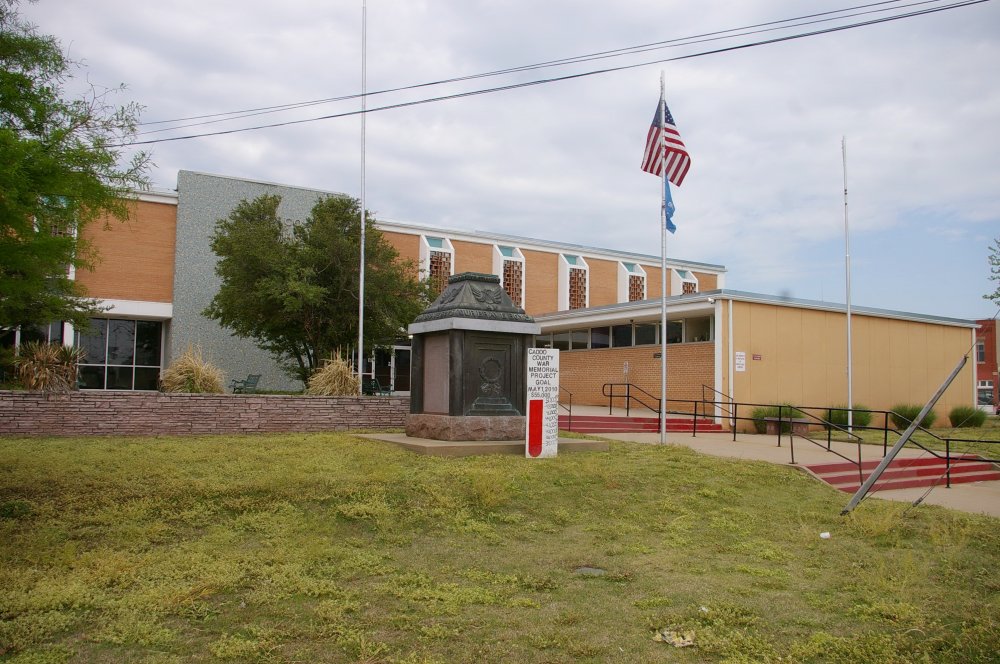 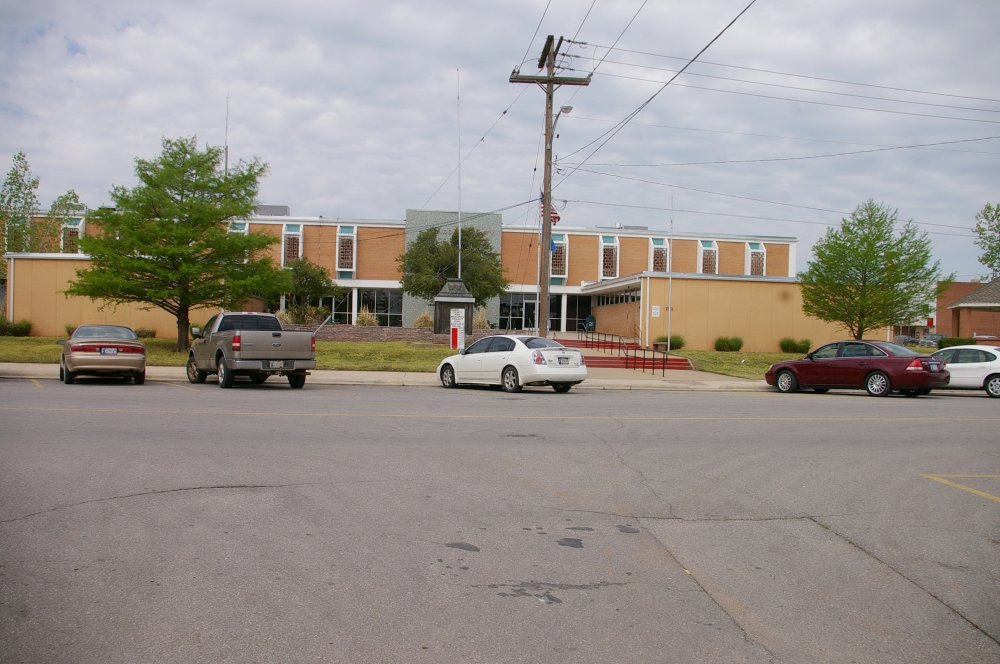 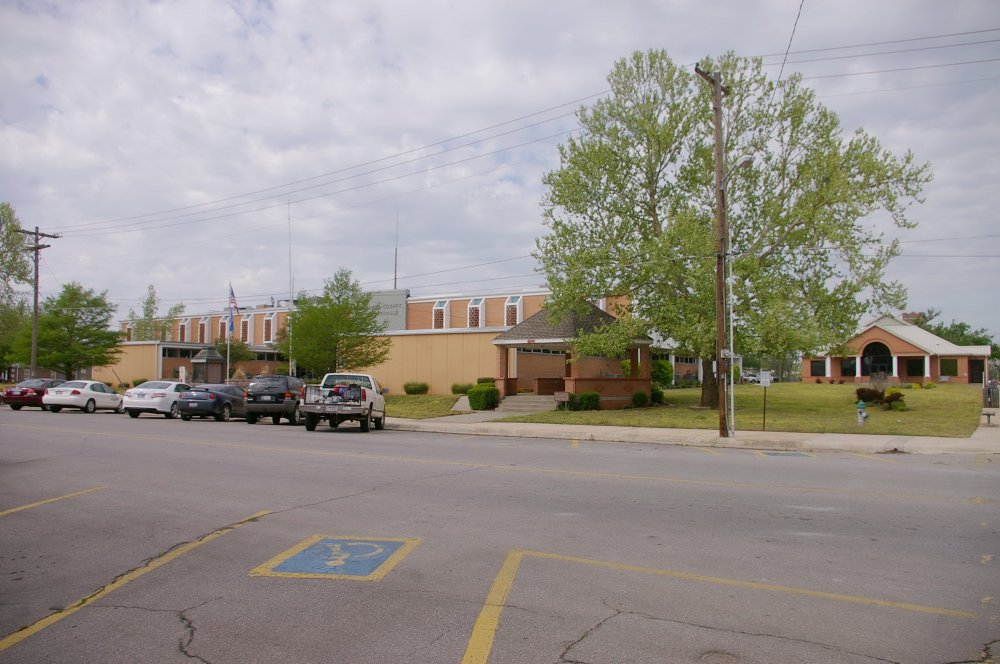 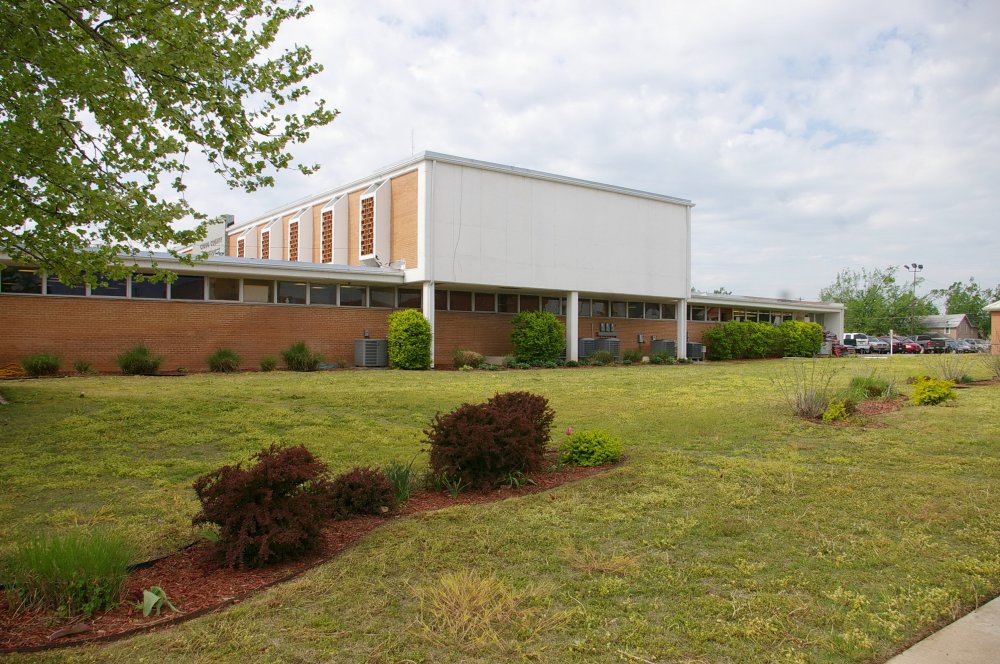 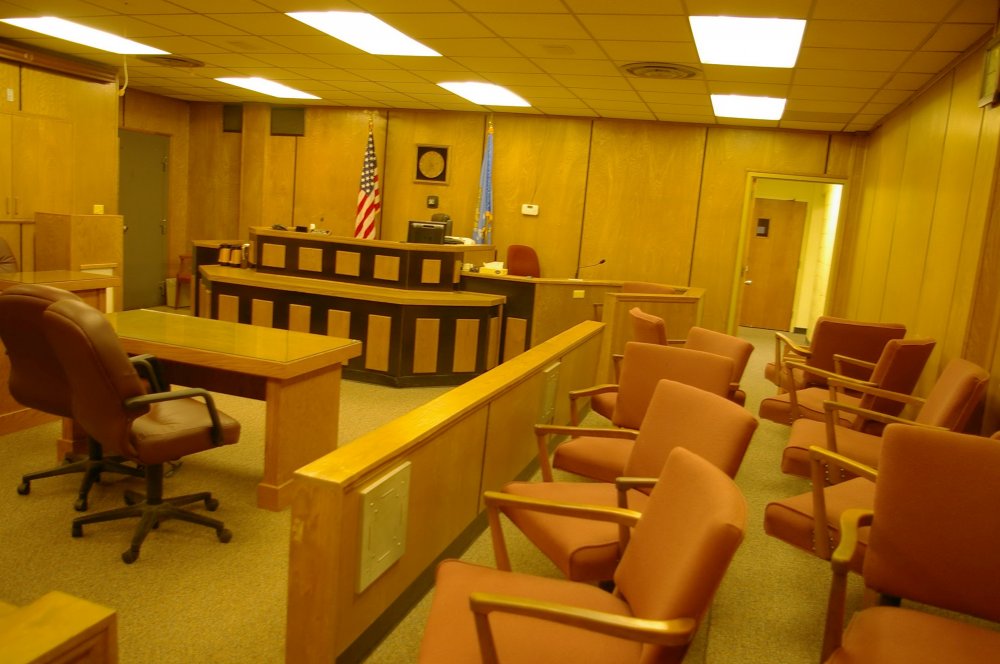 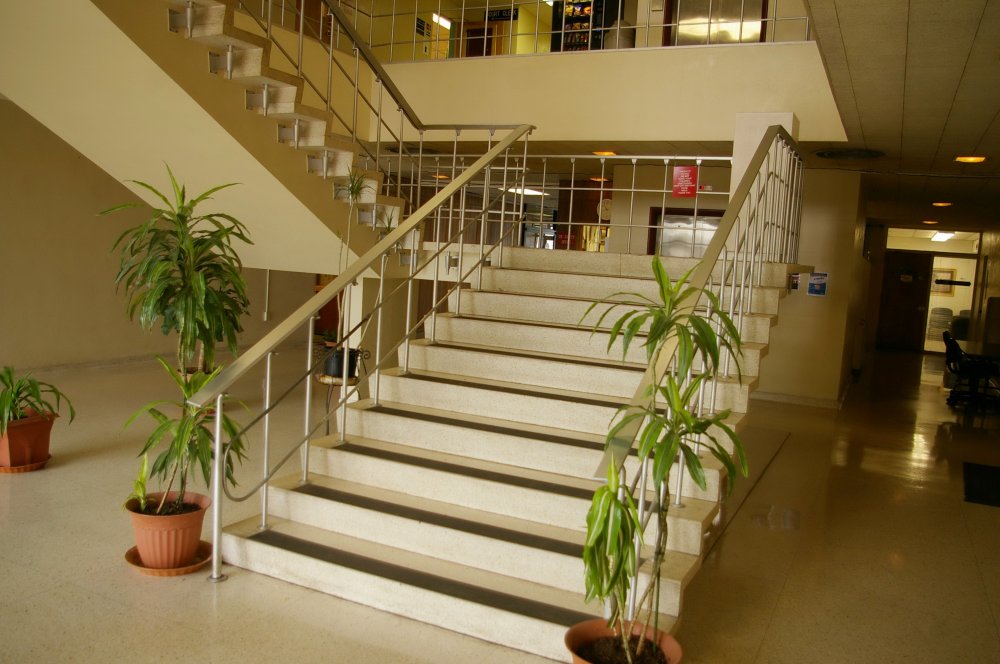 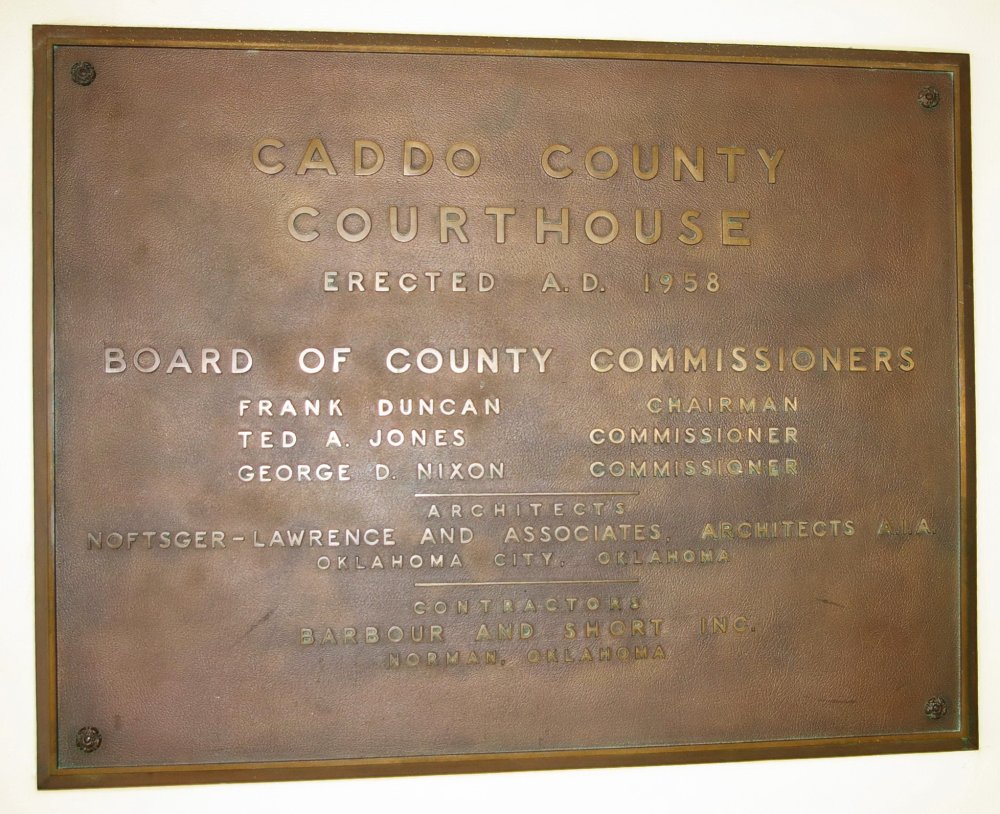