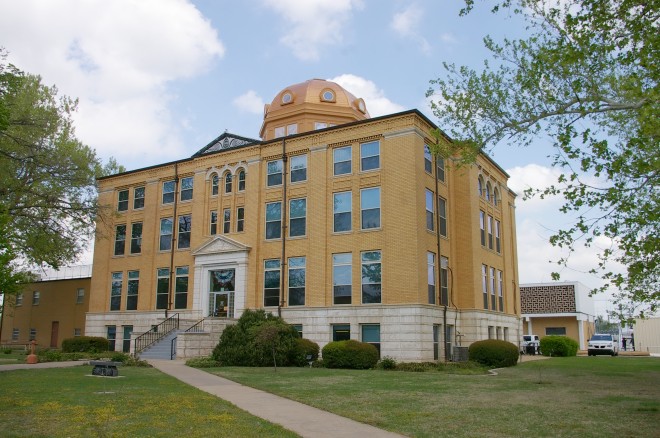 Blaine County is named for James G Blaine, who was a former Speaker of the United States House of Representatives, United States Senator and Secretary of State.

Description:  The building faces west and is a three story buff colored brick and concrete structure. The building is located on landscaped grounds in the center of Watonga. The building has a raised concrete basement. The west front has a central entrance framed with stone and with a small pediment above. The center section projects slightly and has narrow windows on the second and third stories with a pediment at the roof line. The building has particularly fine brickwork. A subtle composition of raised, open squares and rectangles emphasizes the patterning of the windows. Brickwork modillions define the lines of the cornice. On the center of the roof is an octagonal gold colored dome. A two story rectangular shaped addition constructed in 1987 of matching buff colored brick is located on the north side and is connected to the courthouse by a breezeway. The architect was Badgett / Culver and the contractor was Industrial Project.

History:  The county was created in 1890 and Watonga was selected as the county seat in 1892 when the county was organized. The county used rented premises. The first and present courthouse was constructed in 1906 to 1907. 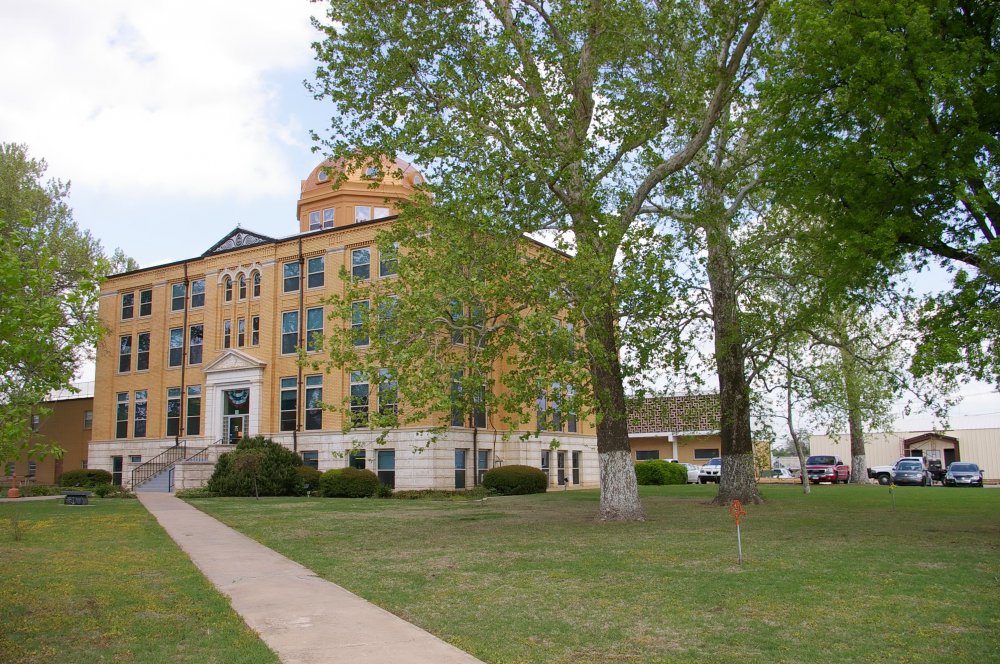 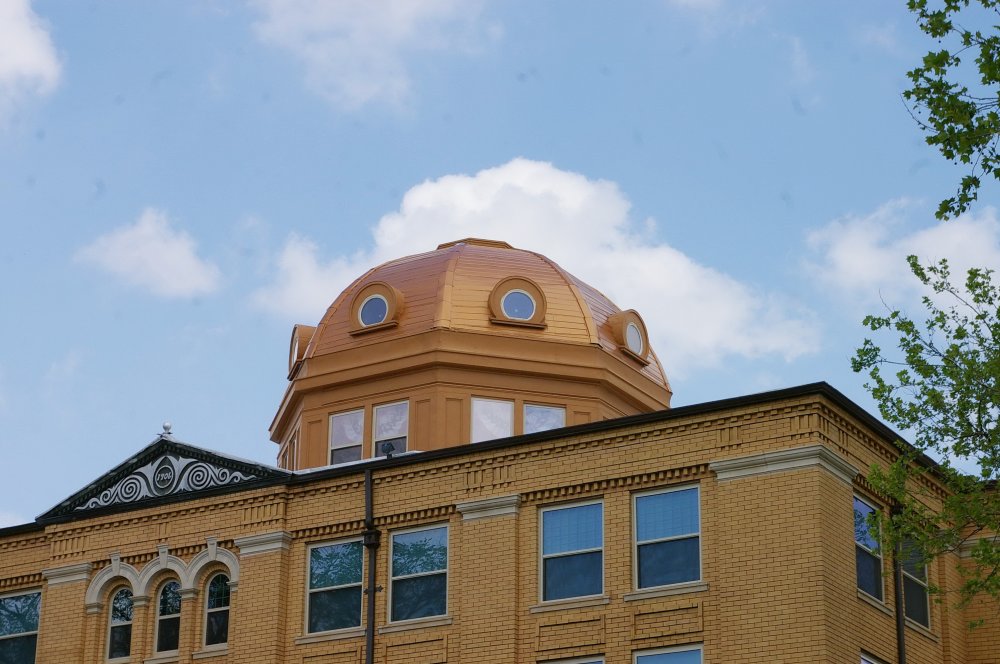 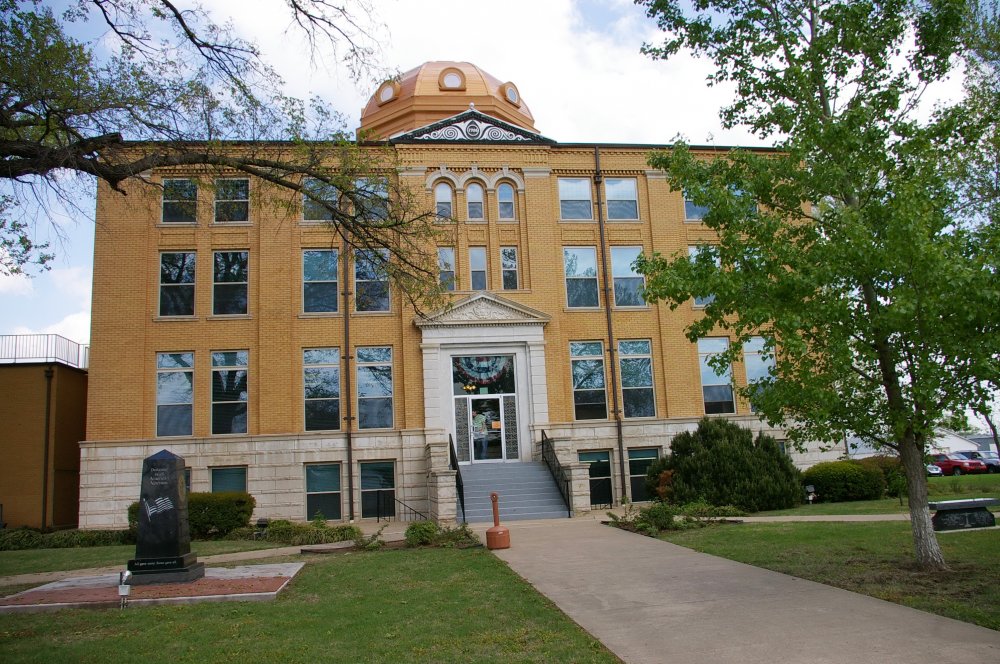 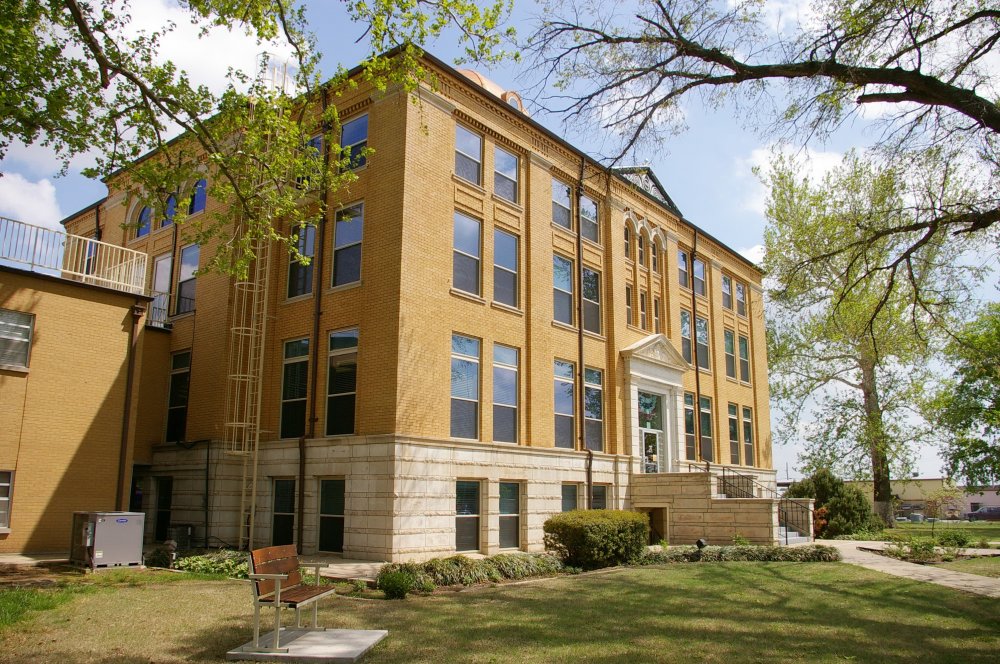 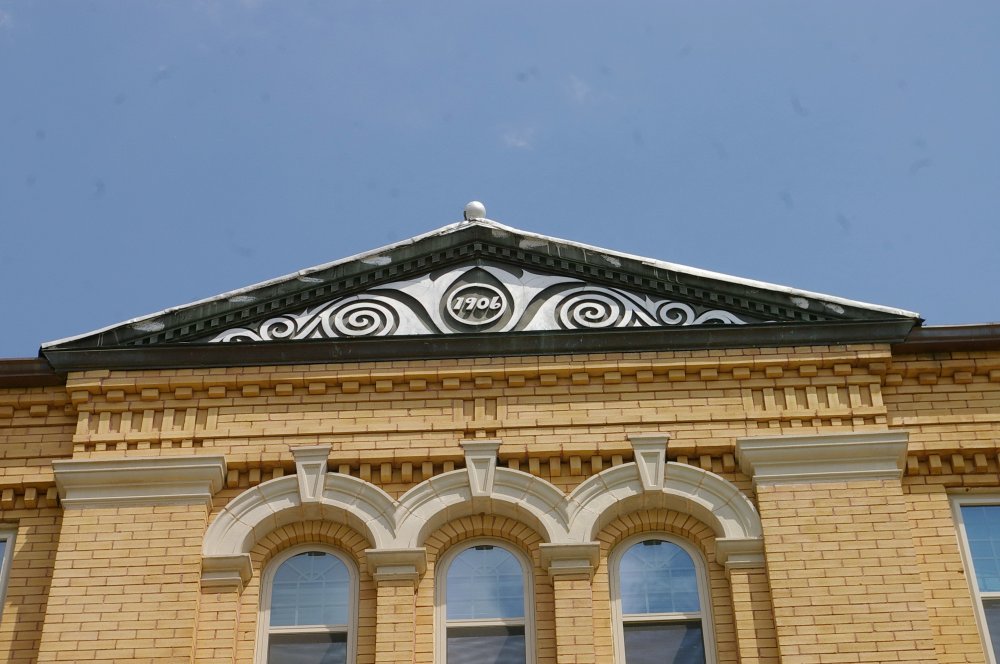 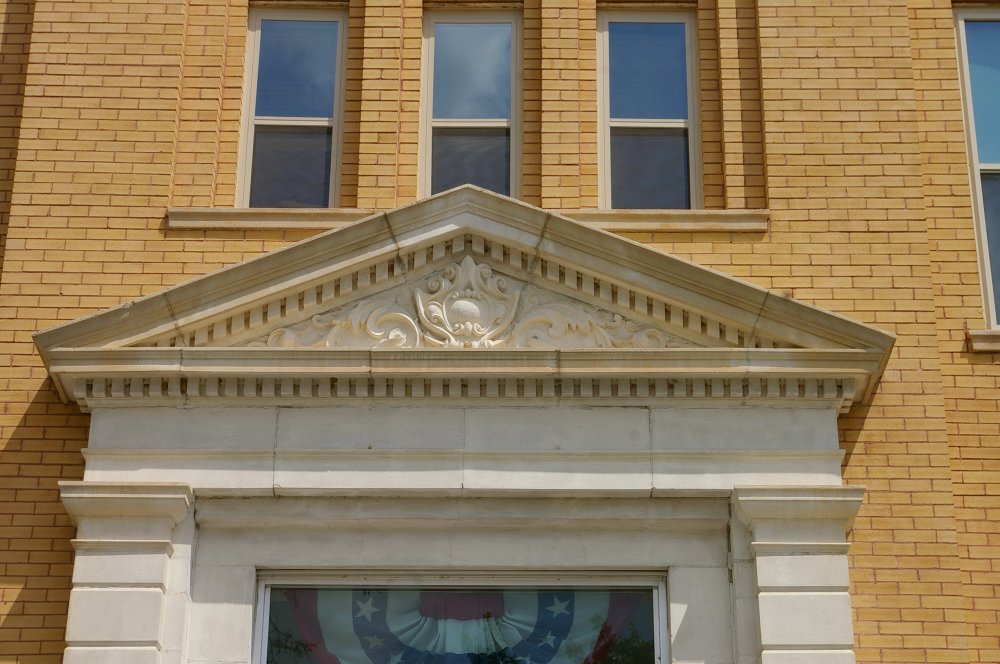 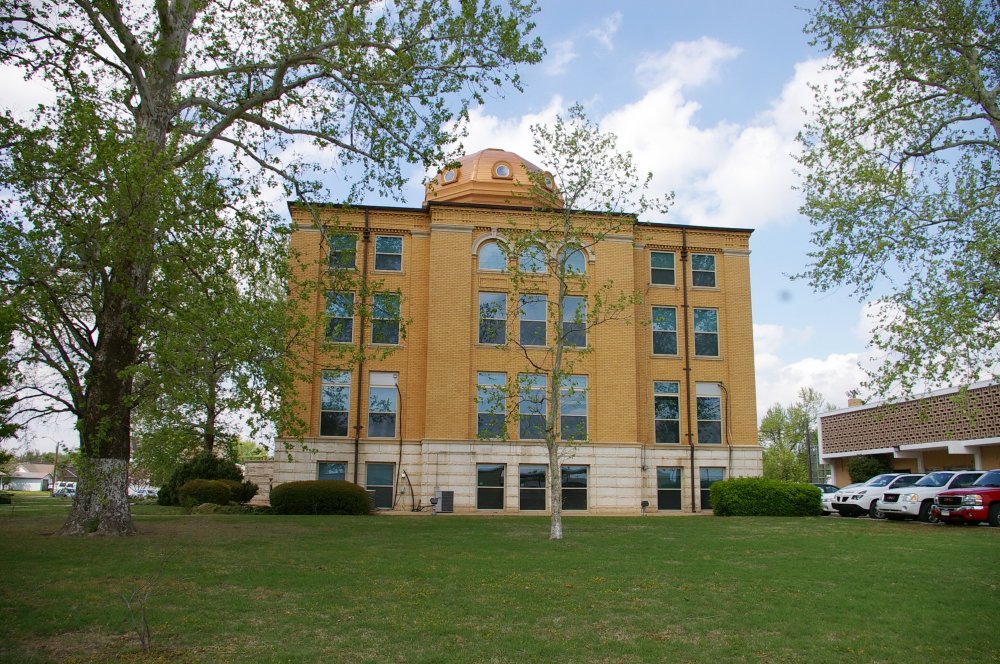 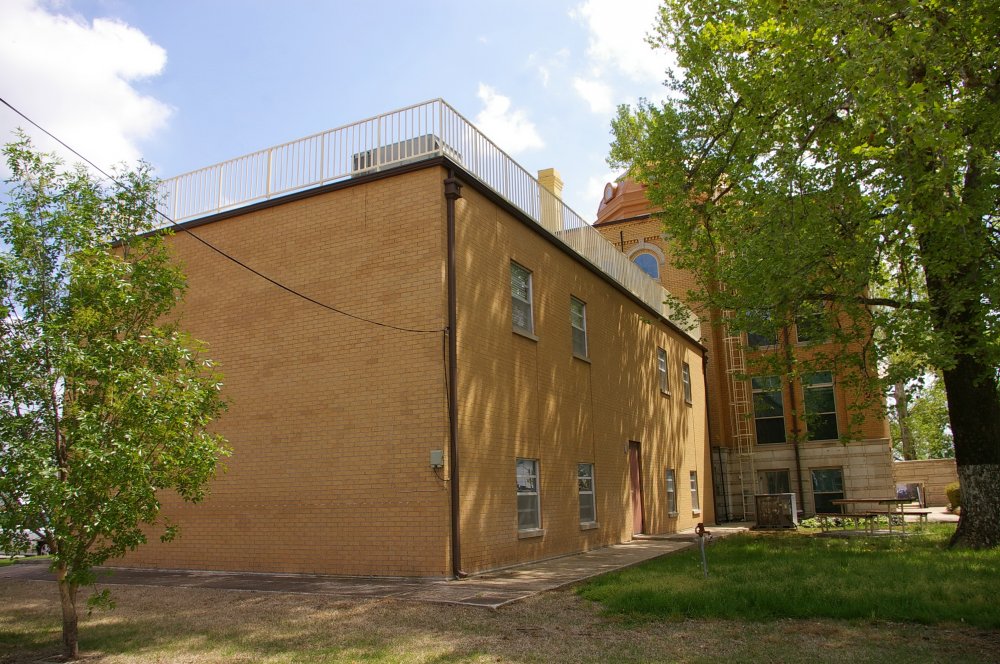 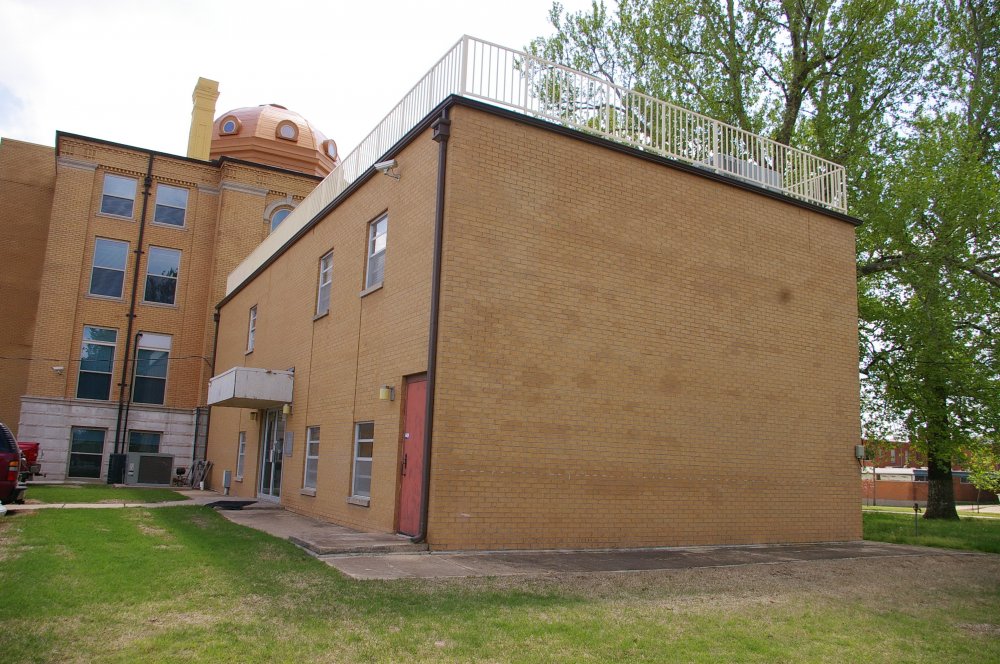 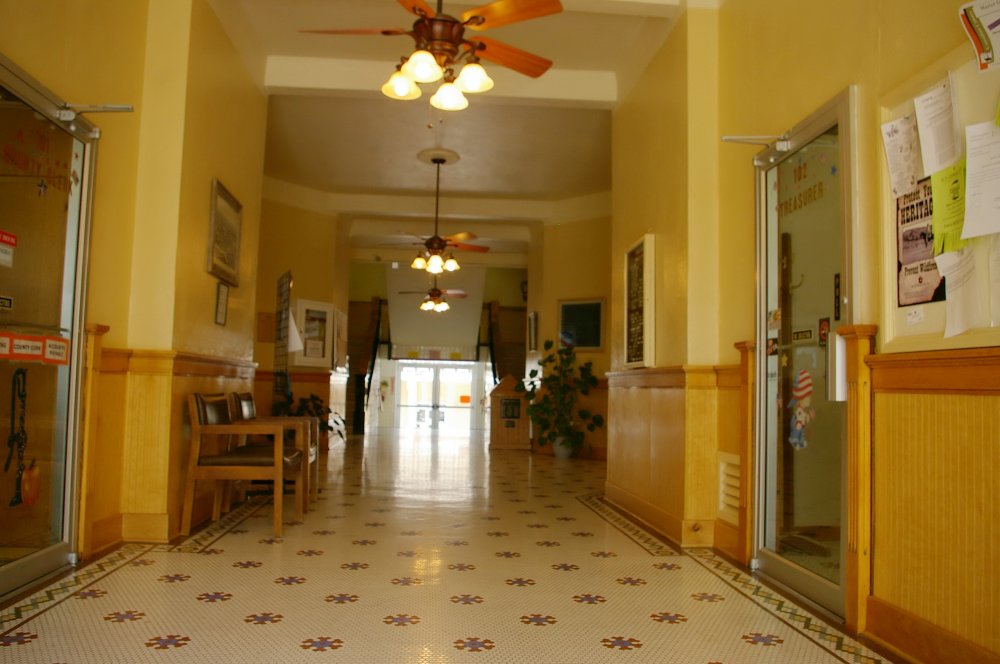 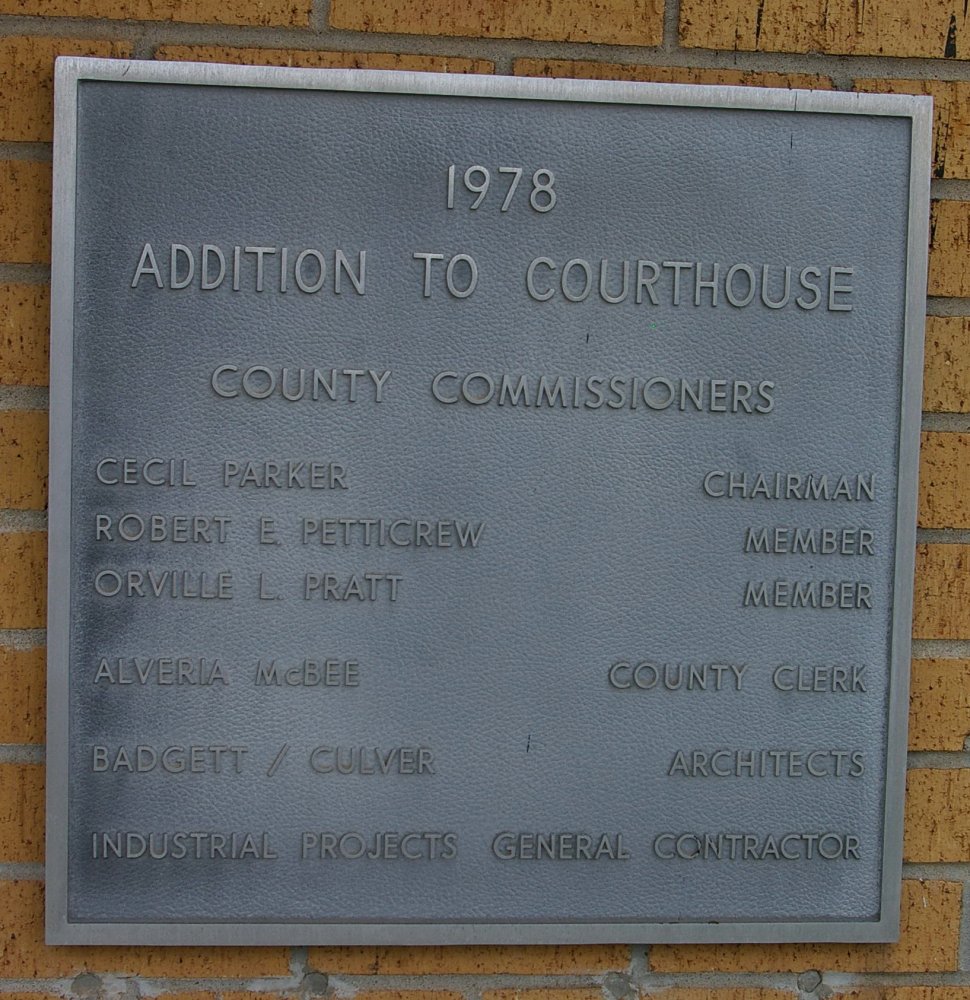