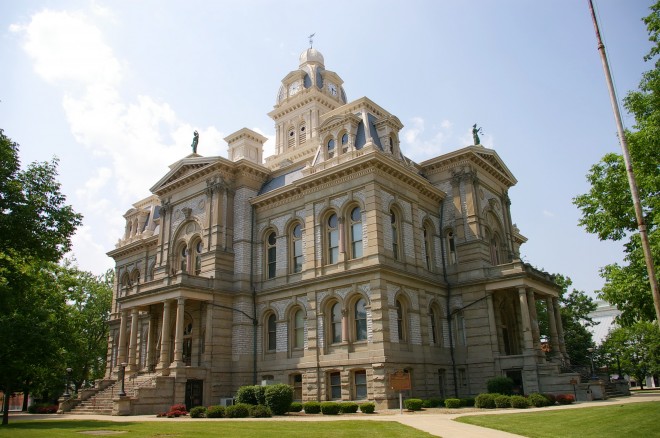 Shelby County is named for Isaac Shelby, who was an office during the American Revolutionary War and Governor of Kentucky.

Description:  The building faces south and is a two story limestone and sandstone structure. The south front has a small porch on the first story with four thin columns and balcony on the second story. Above is small pediment with a Statue of Justice. There are similar porches on the east and west sides. The corners have mansard towers. On the center of the roof is a high square clock tower. On the south side of the building and across the street is the County Annex Building.

Note:  The second building was razed to make way for the third courthouse which was built as part of the great county courthouse drive in Ohio. It is considered to be one of the finest in the nation and was included with 124 courthouses in a 1977 traveling exhibition.”

On August 14, 1880, the commissioners entered into a contract with Columbus architect G.H. Maetzel. July 4, 1881, marked the beginning of construction with large crowds gathering for a celebration as the cornerstone was laid. There were speeches, three bands, and an evening fireworks display. According to Blanche Gearhart, an early Sidney, Ohio, resident, “It was one of the most impressive ceremonies ever held in Sidney. Thousands of flags were displayed…”

Modeled after the courthouse in Newark, county seat of Licking County, construction was completed in 1883. Originally estimated at $140,000 it actually cost nearly $200,000 to build. Materials such as limestone, sandstone and marble were brought in by canal boat. The first floor exterior walls are coursed with a stone base of masonry of sandstone from Berea, Ohio, while the sandstone for the second and third floors came from Piqua quarries.

Highlighted by fountains, benches and landscaped grounds, the French Second Empire style building is composed of four symmetrical sides, with projecting pavilions at the entries, and a classical mansard roof. It features a 170 foot center tower of galvanized iron, with four clocks. A bell, which was placed in the courthouse after its completion, still hangs there today. It is inscribed with ‘1881’, the names of the architect and the county commissioners who supervised the construction. At one time, the Courthouse held all the county government offices including that of judge, county auditor, treasurer, recorder, coroner, prosecutor and the health department. 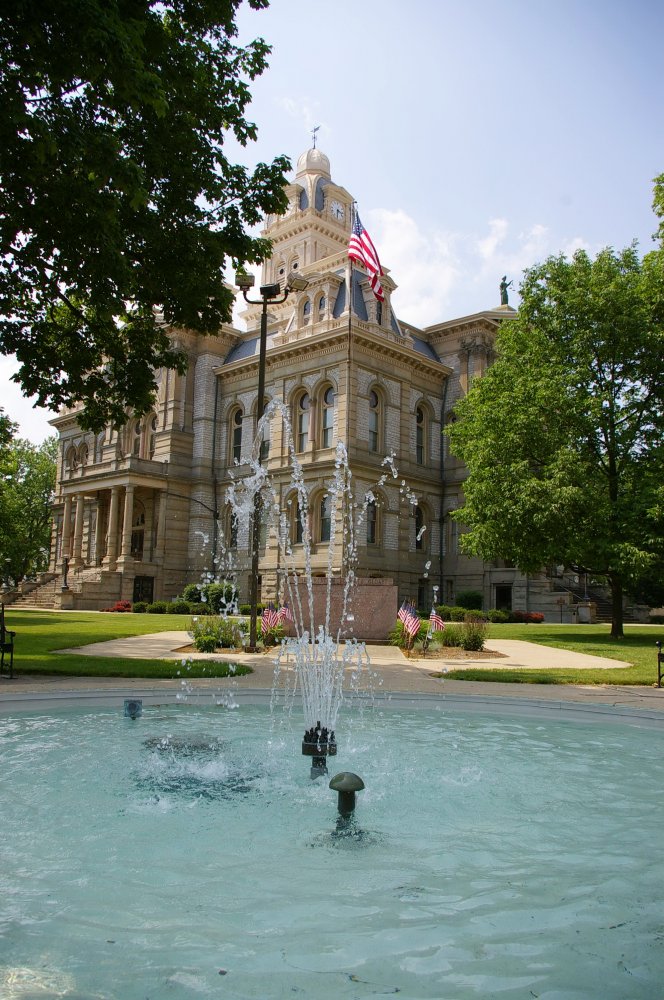 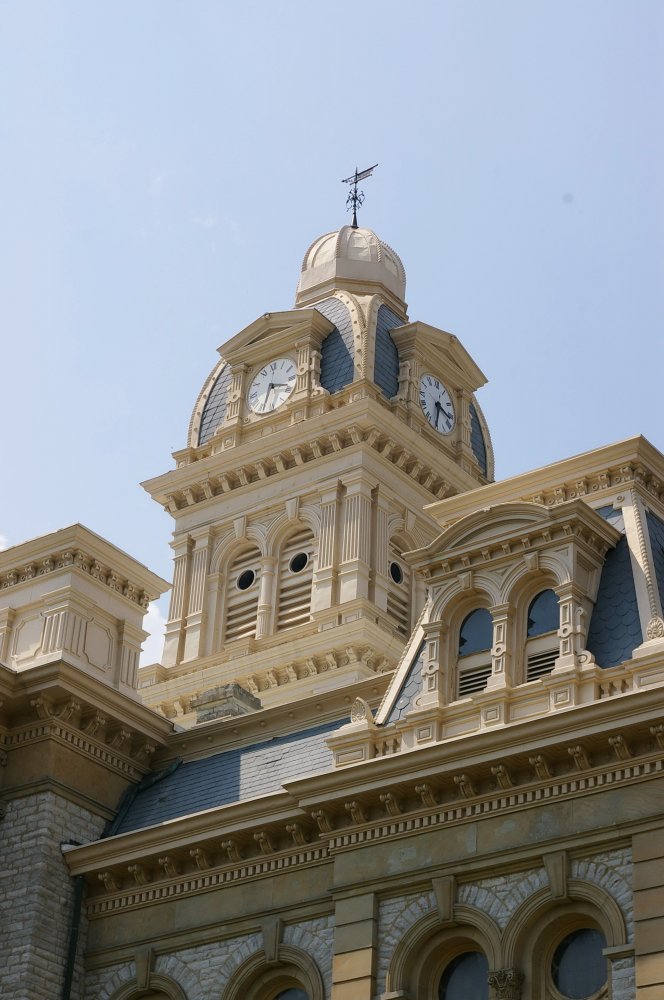 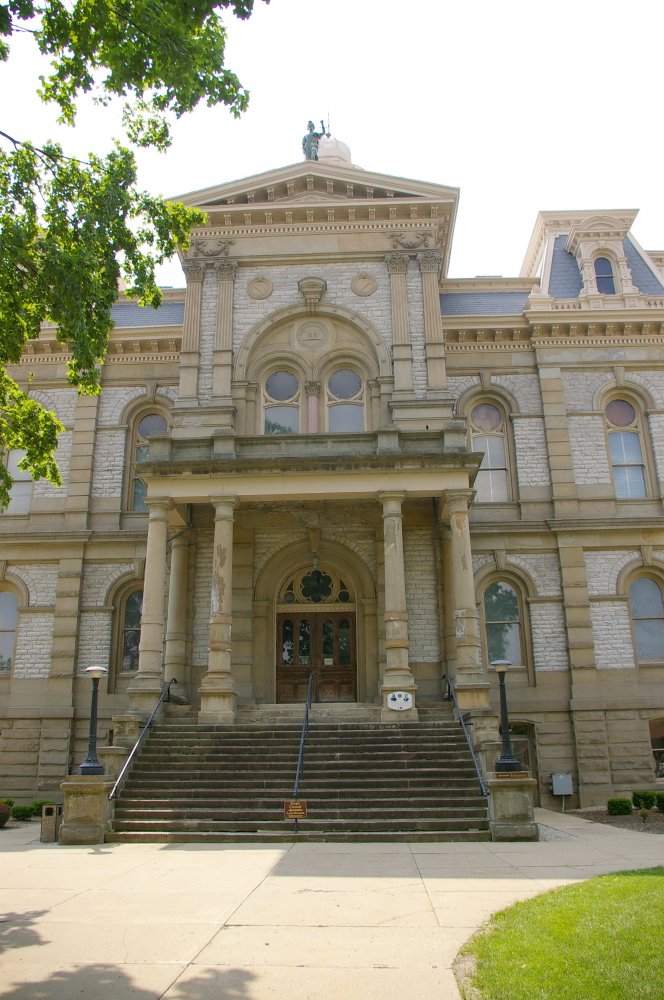 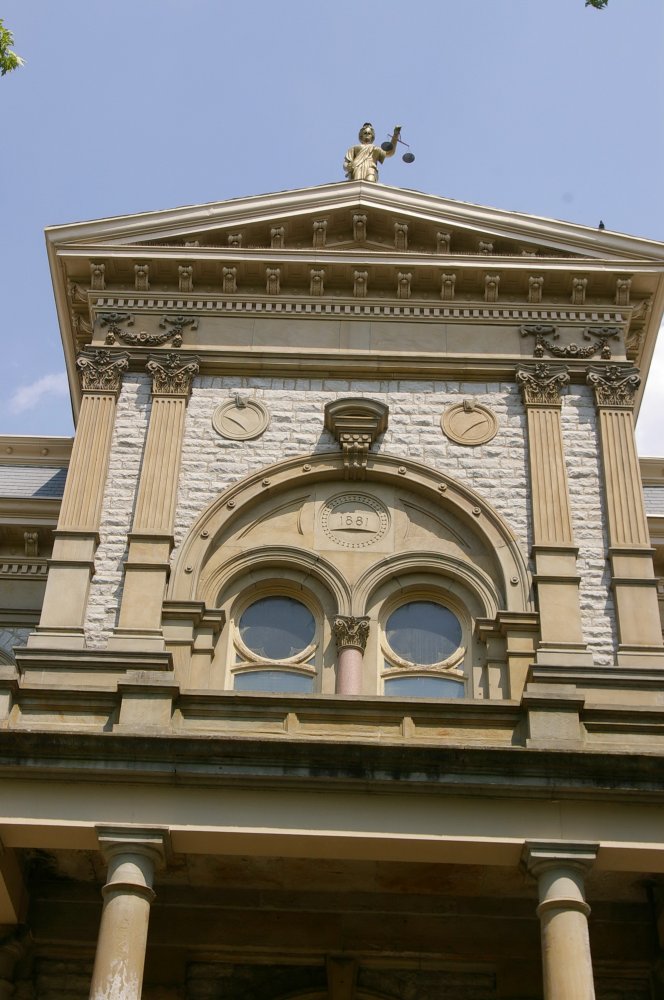 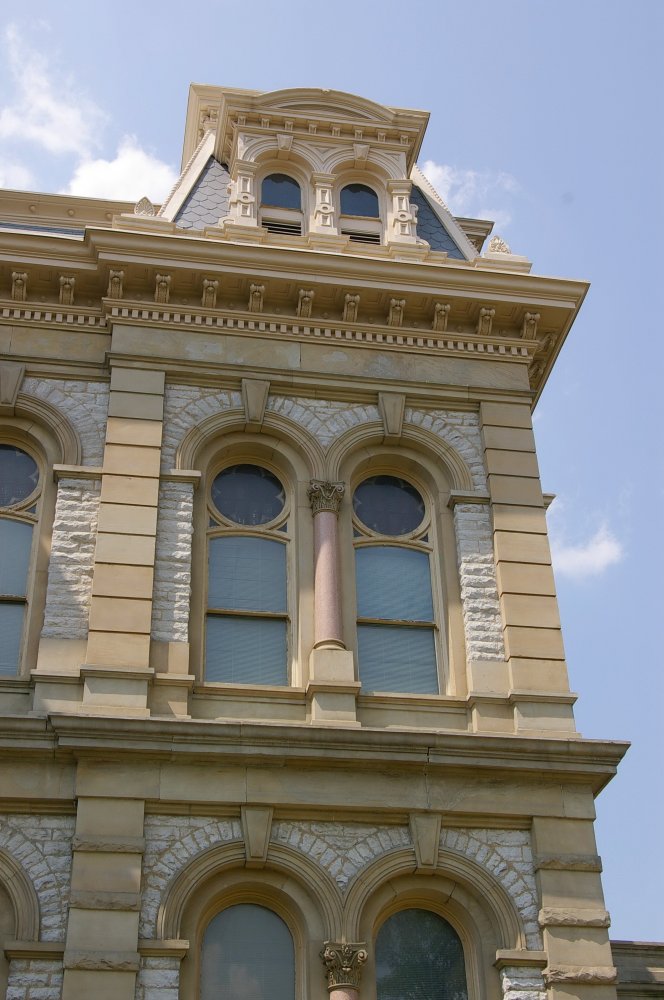 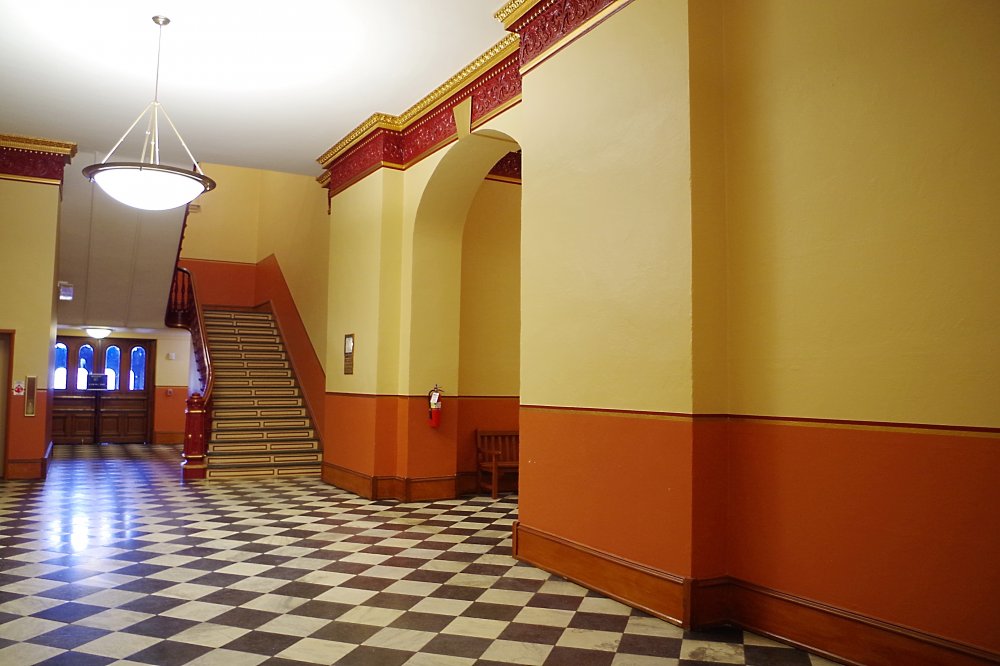 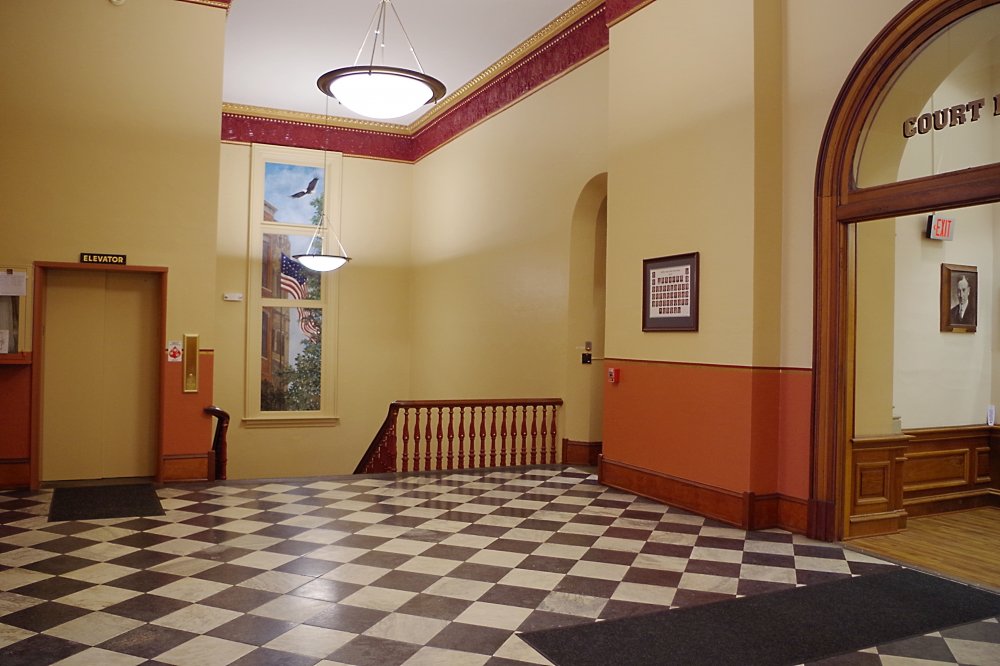 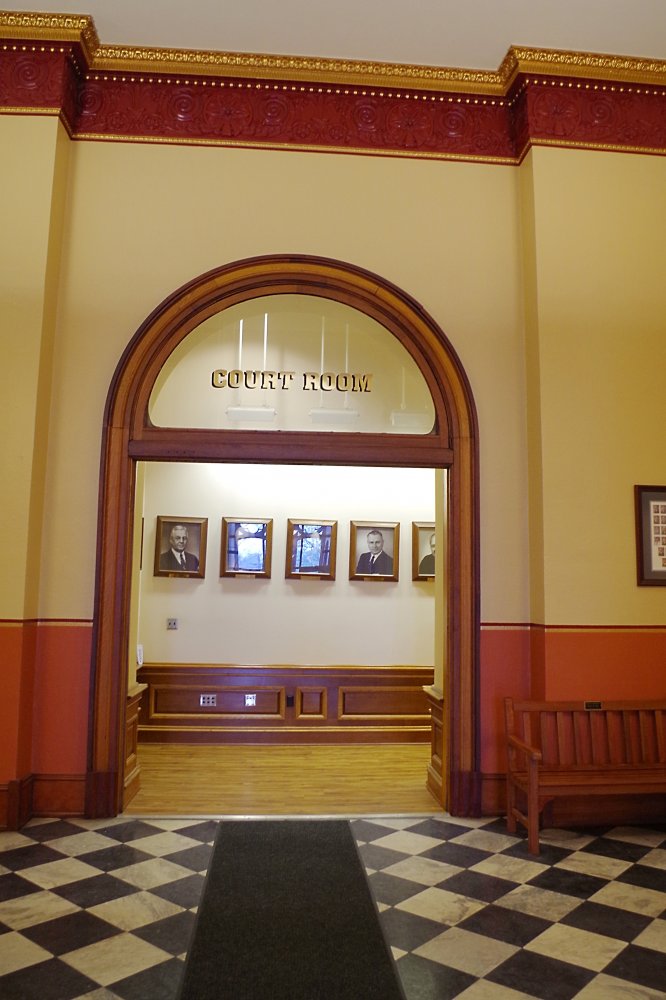 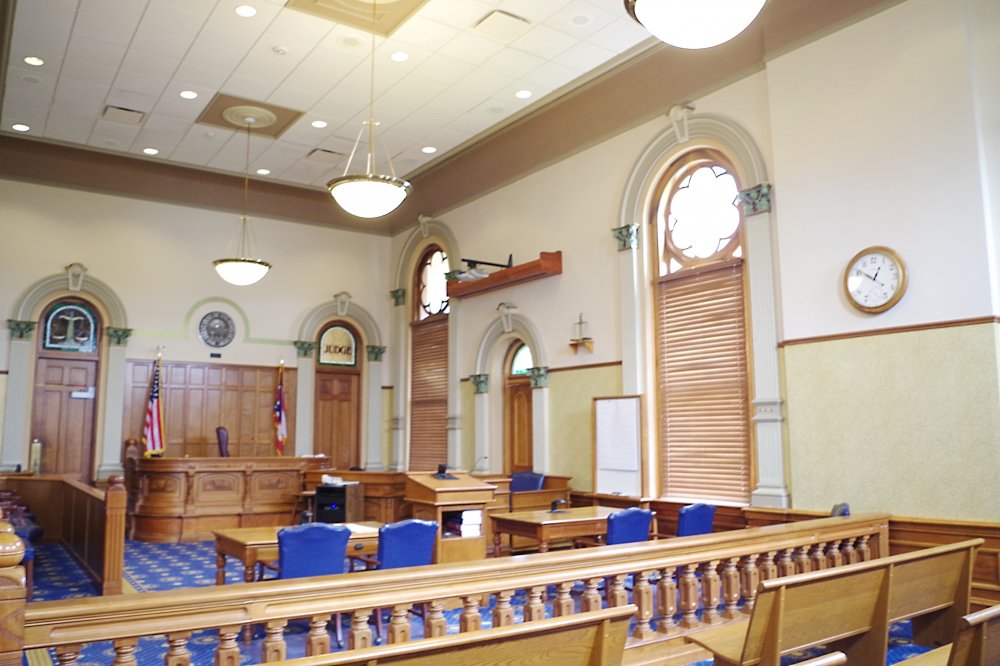 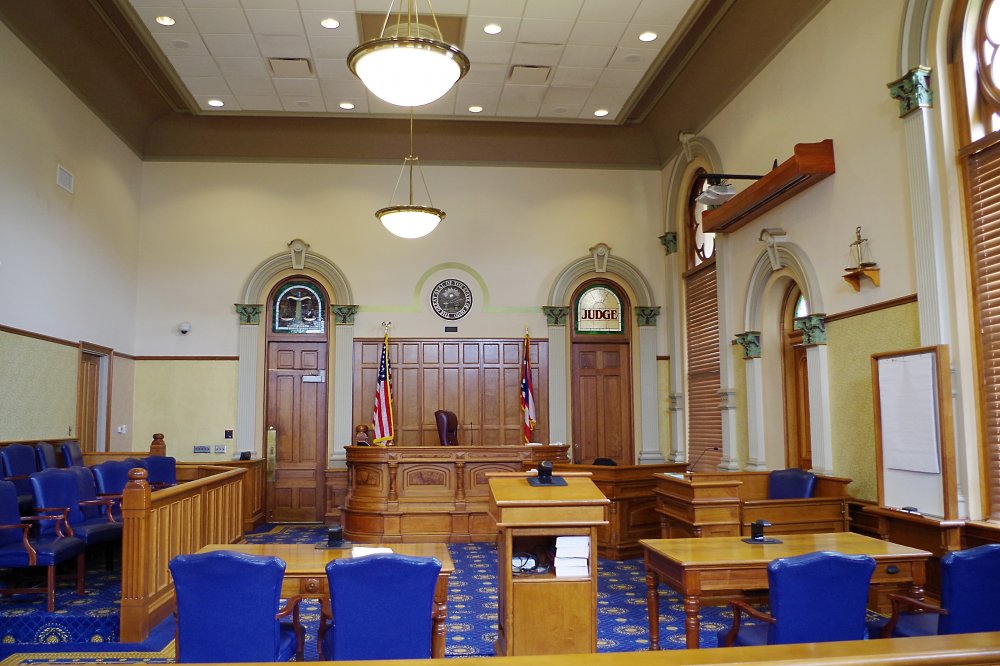 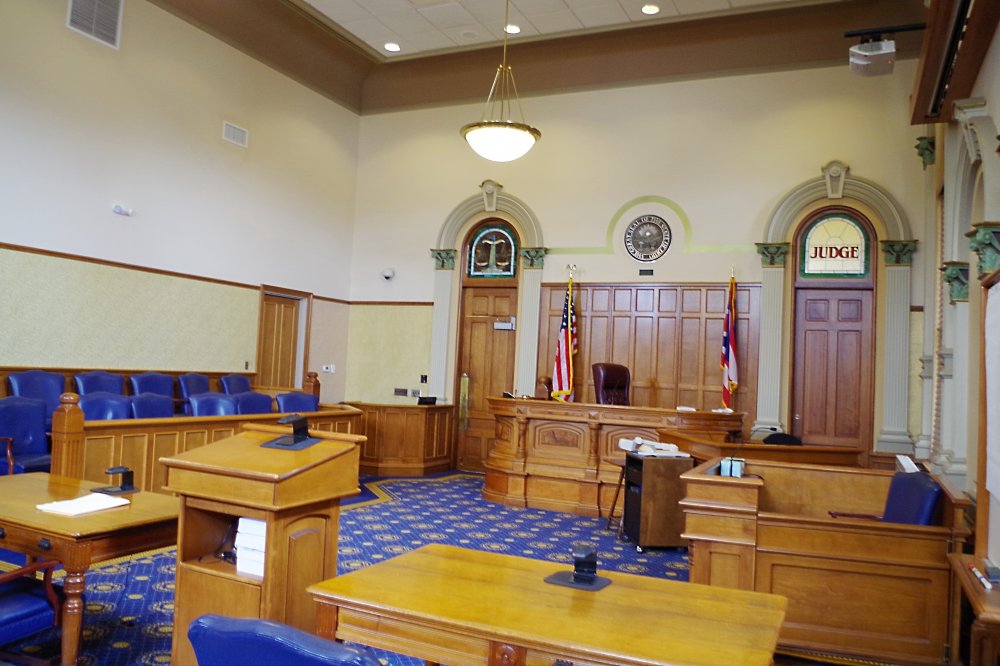