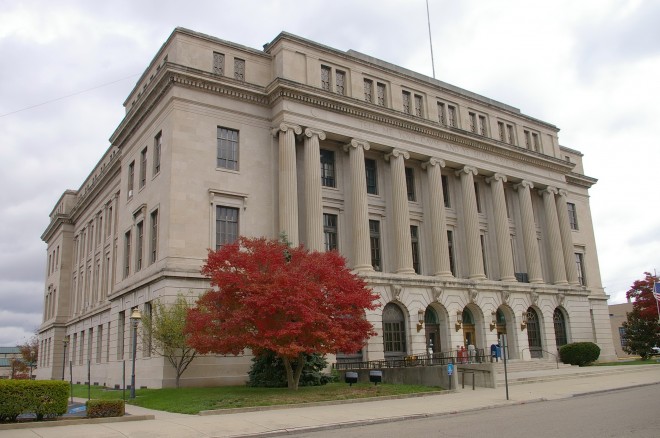 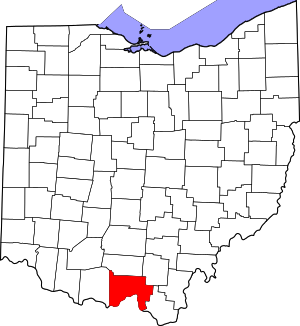 Description:  The building faces south and is a four story brick, concrete and Indiana limestone structure. The building is located on landscaped grounds in the center of Portsmouth. The building sits on a granite foundation and is constructed of yellow colored brick covered with a thin layer of marble blocks. The south front has a slightly projecting center section with seven arches on the first story. On the second and third stories are ten Ionic columns rising to the entablature. The fourth story is recessed. The roof line is flat with a center court rising from the second story. The interior is composed of concrete and marble with brick walls covered in white colored plaster. There is a large center rotunda rising two stories which contains some massive marble columns quarried in Georgia, along with bronze light standards. The rotunda dome is surrounded by murals, still quite brilliant in color. And from the multicolored leaded glass dome hangs a beautiful chandelier. The courtroom is located on the south side of the second story. The building houses the County Court of Common Pleas – General and Domestic Relations Divisions. 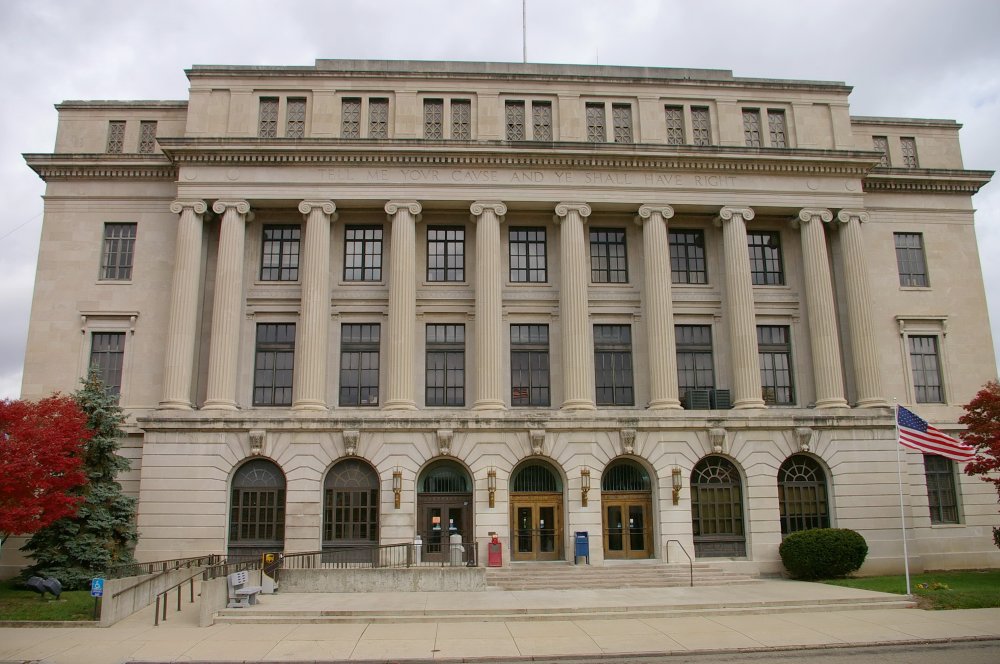 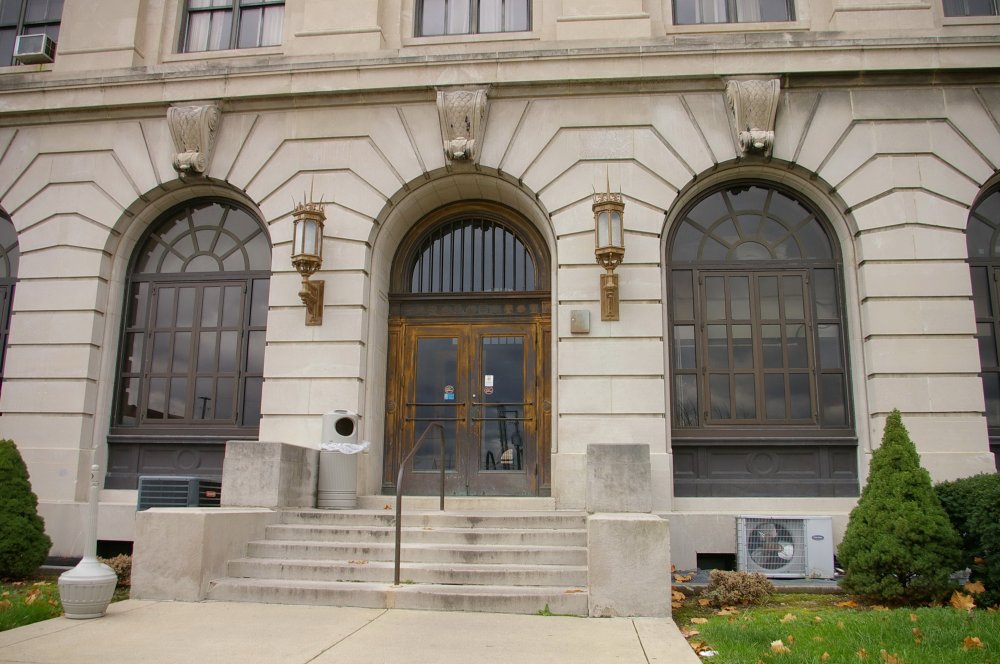 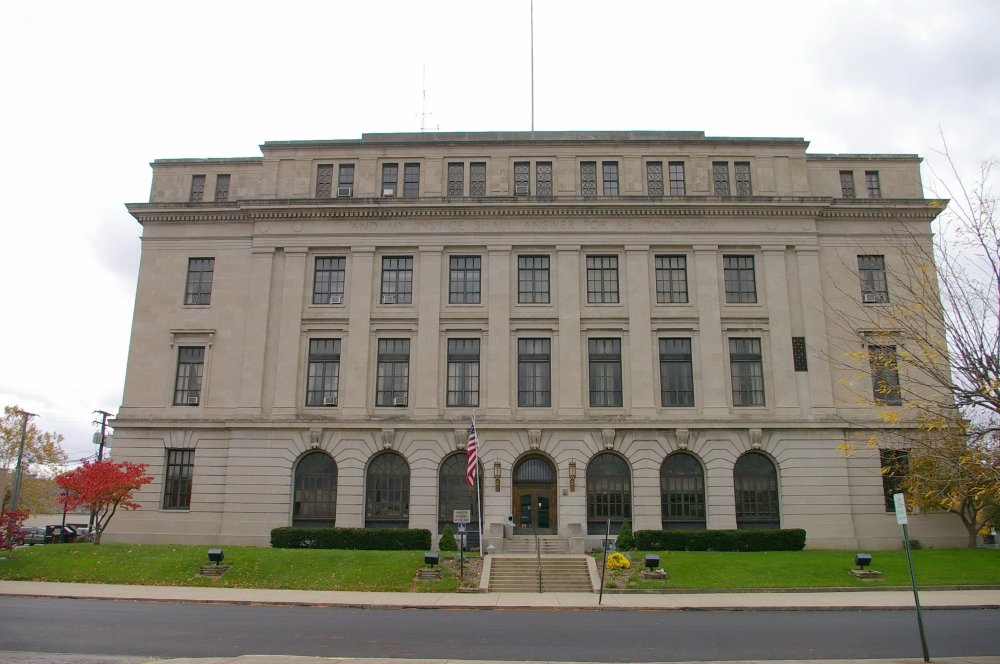