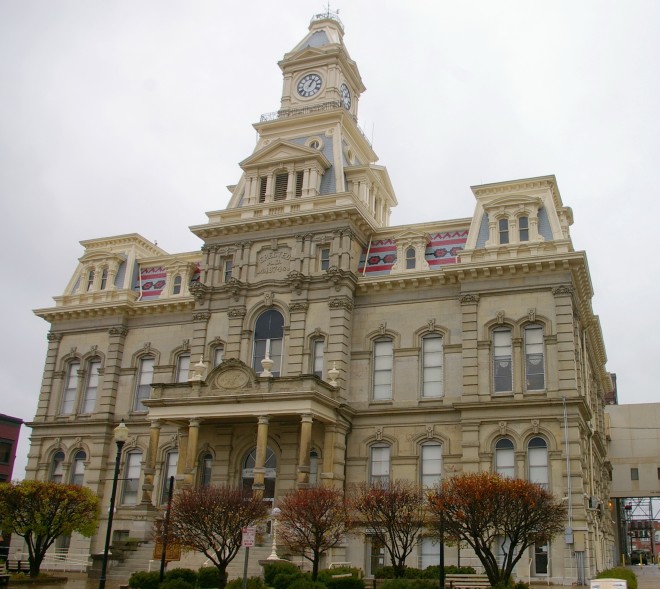 Muskingum County is named for a Native American word meaning “a town by the river” or “by the river side”.

Description:  The building faces south and is a three story buff colored brick and stone structure. The south front has a one story portico on the first story with four columns rising to a balcony on the second story, The second story has an arch with small arched windows on each side. Above is ornamentation with a projecting balcony at the roof line. At the base of the tower are porticos with columns rising to pediments. At the top is a clock with steep roof above. The building has a decorative tiles mansard roof with small dormers and large corner dormers. There is an annex extending from the north side of the building named the Law Administration Building and which was constructed in 1993. 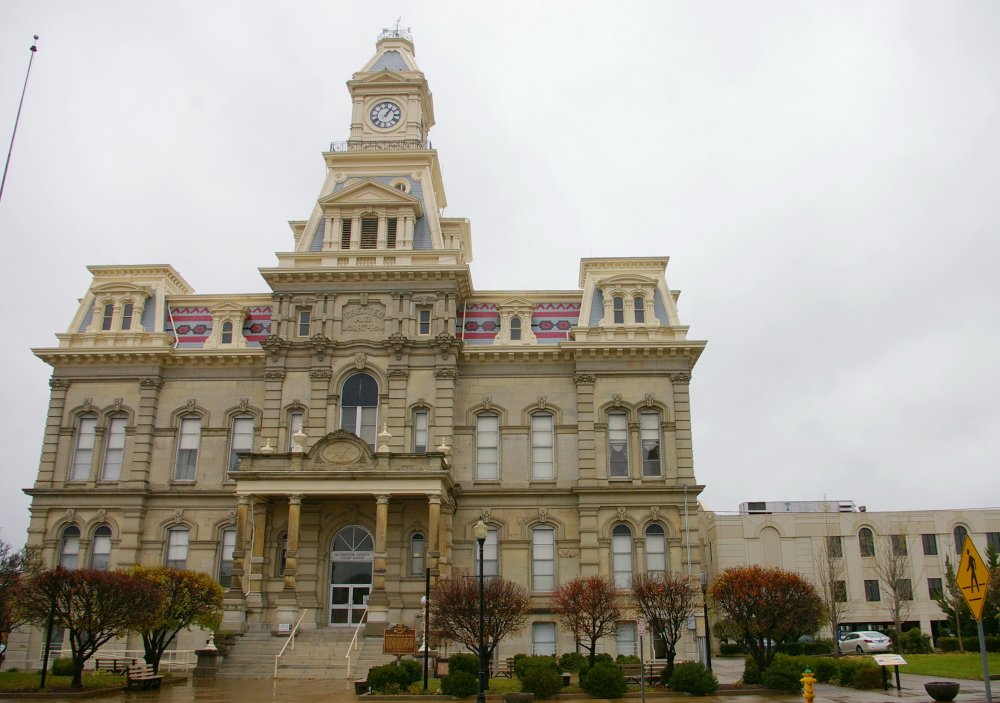 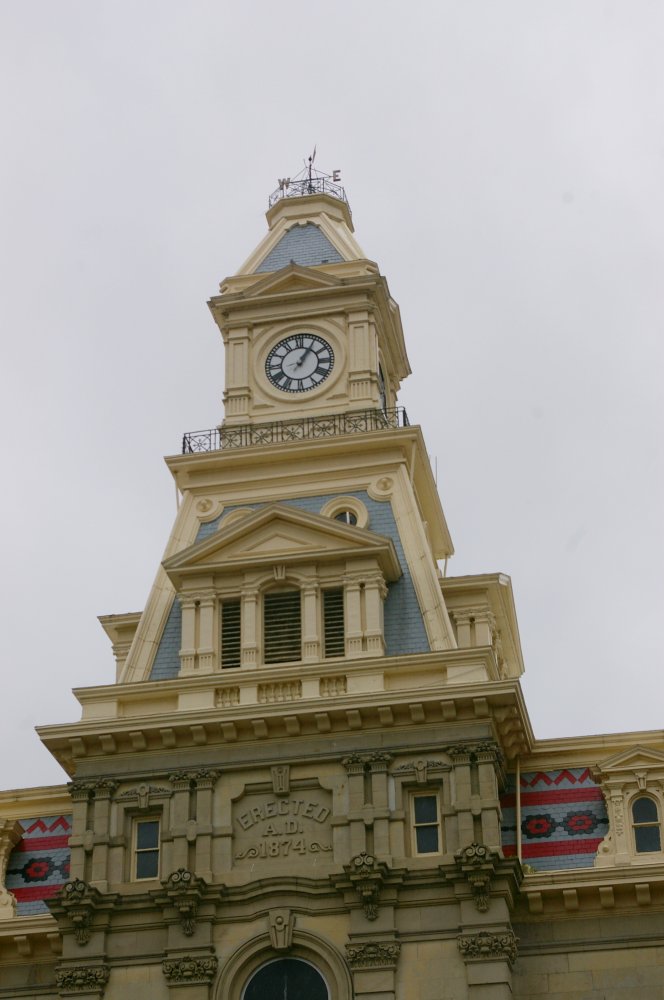 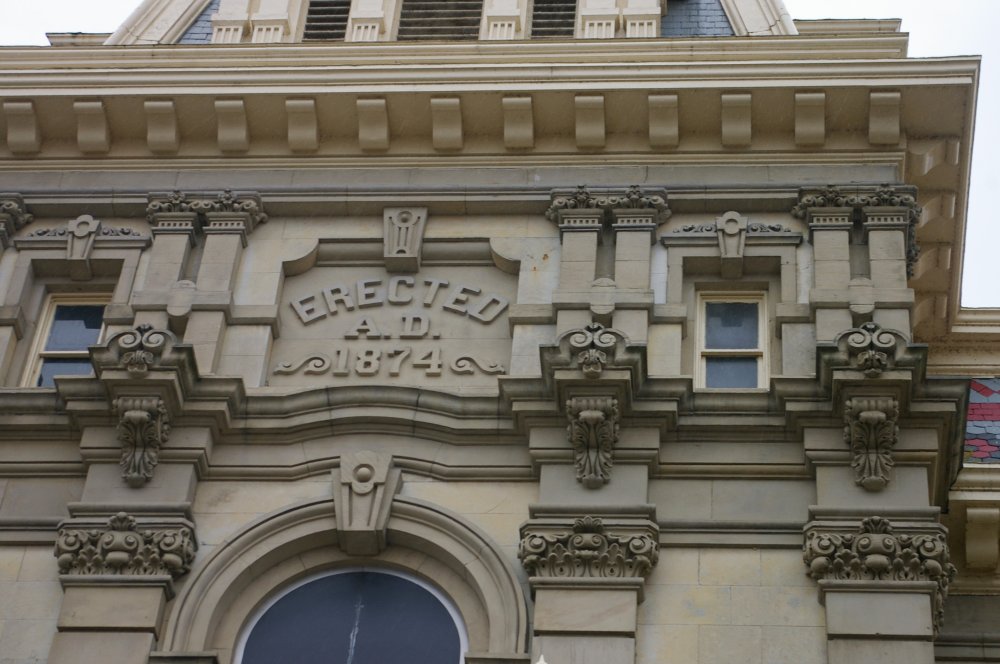