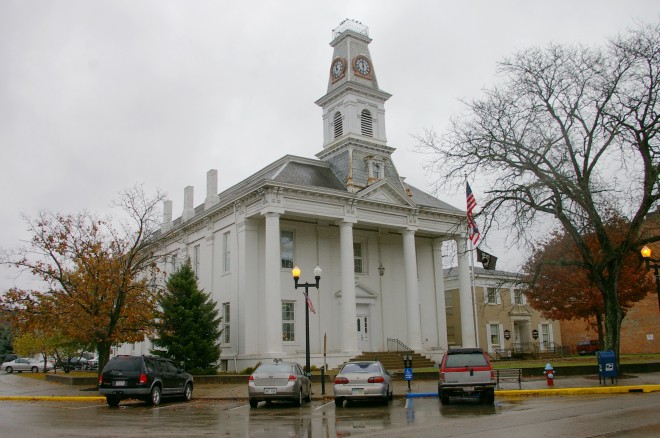 Morgan County is named for Daniel Morgan, who was an officer during the American Revolutionary War.

Description:  The building faces south and is a two story gray colored brick and wood structure. The south front has a large porch with four tall columns rising to the roof line. There is a small pediment at the roof line. Behind is a large square wood cupola with clock and mansard roof. The roof is sloped with a series of chimneys. In 1866 a bell was added. In 1886, the cupola was constructed. In 1960, the building was remodeled and an addition added. The architect was Ralph E Crook and the contractor was Paul Contracting Company. 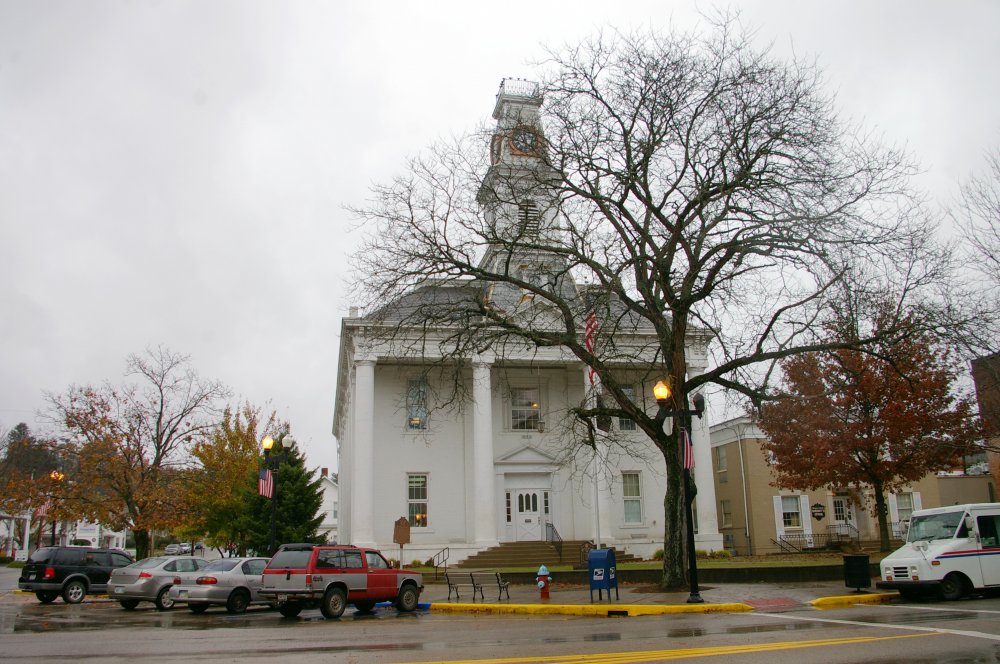 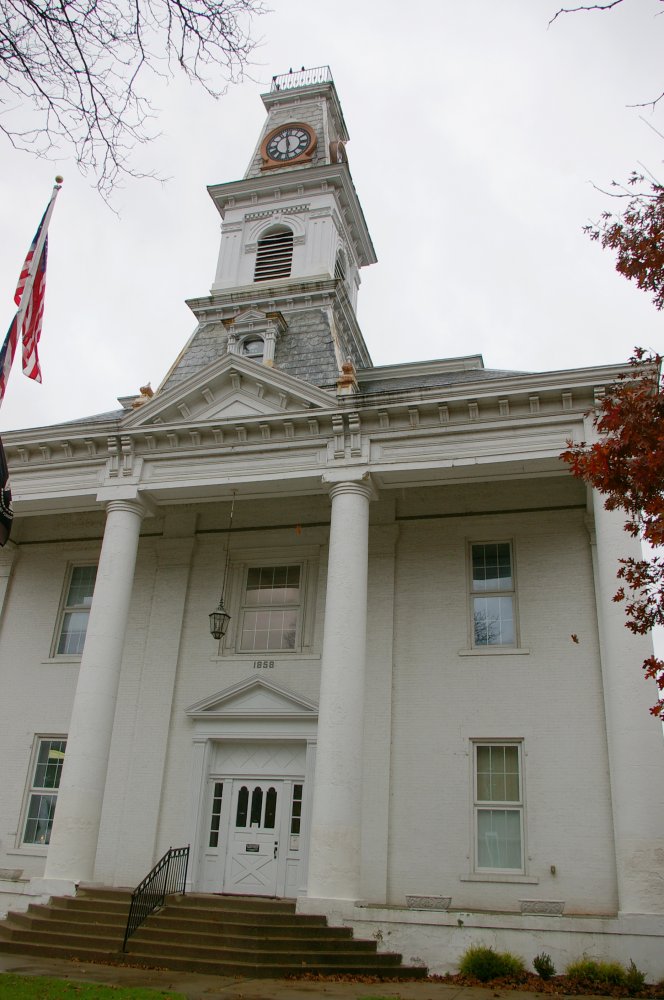 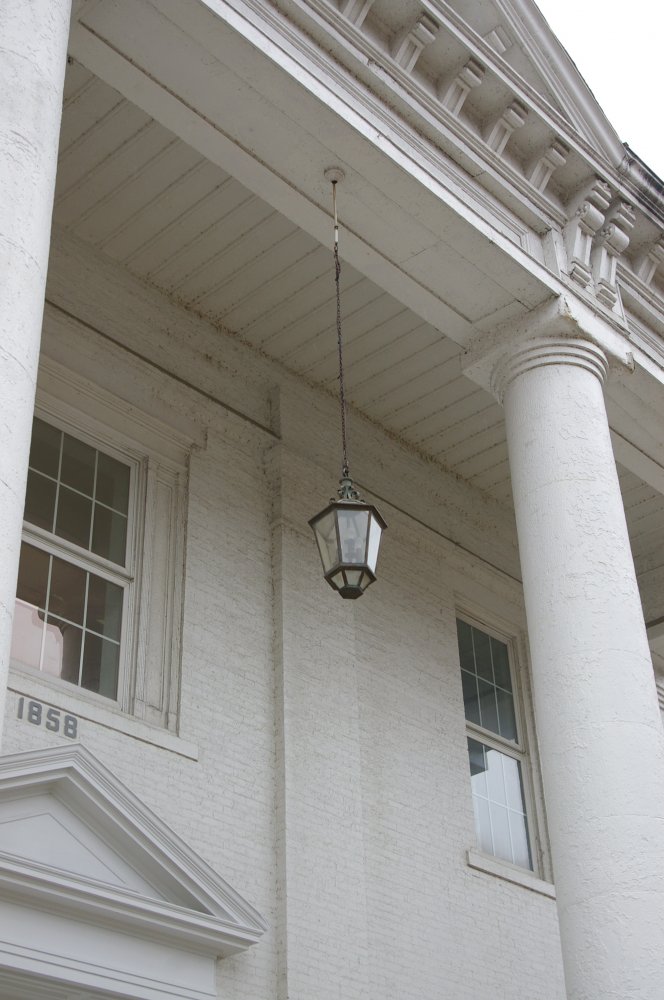 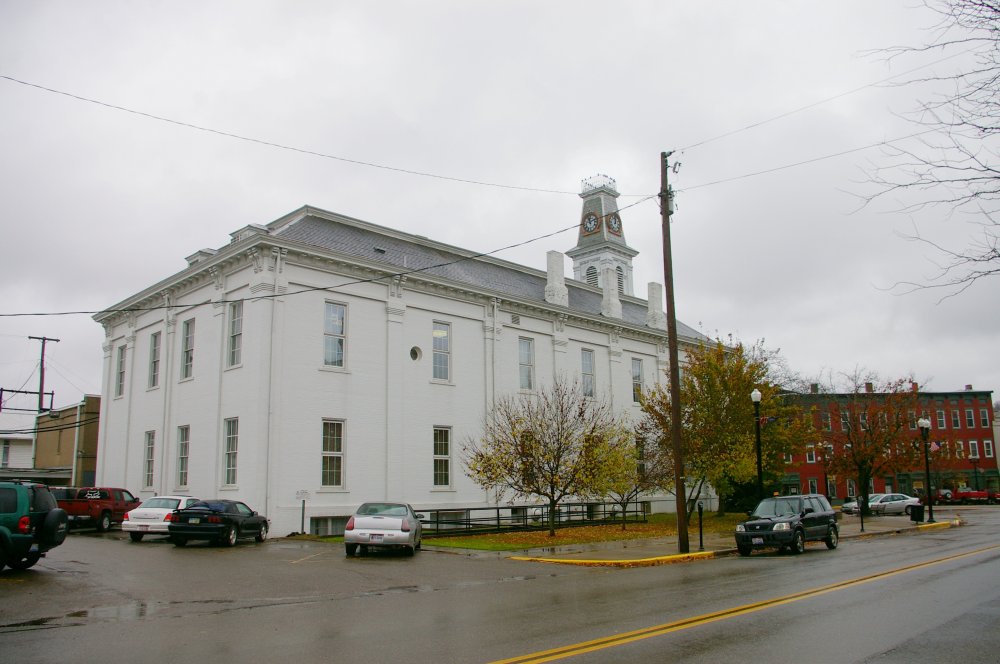 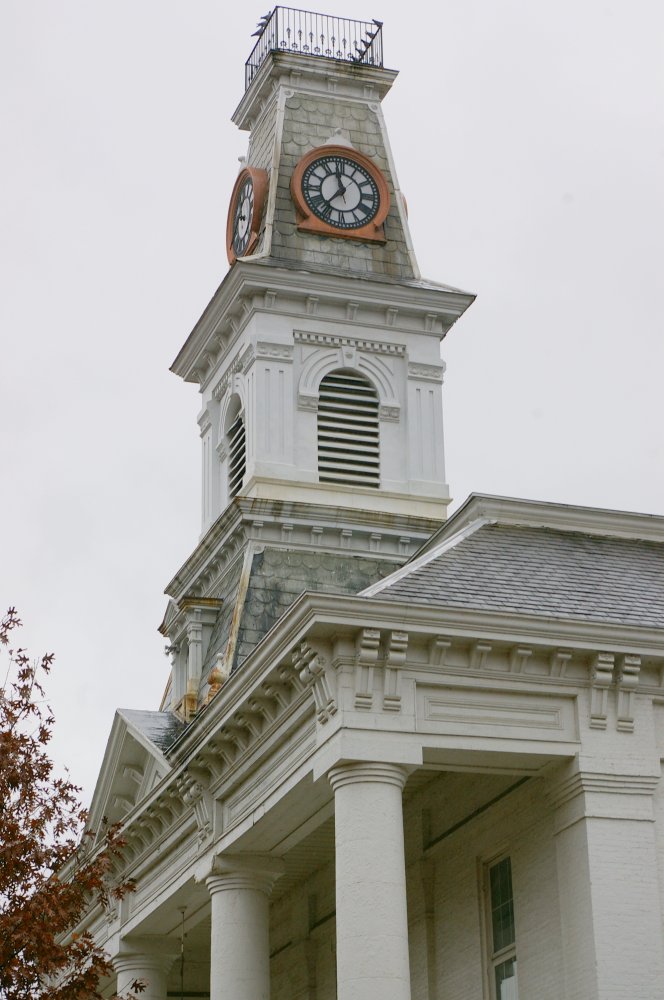 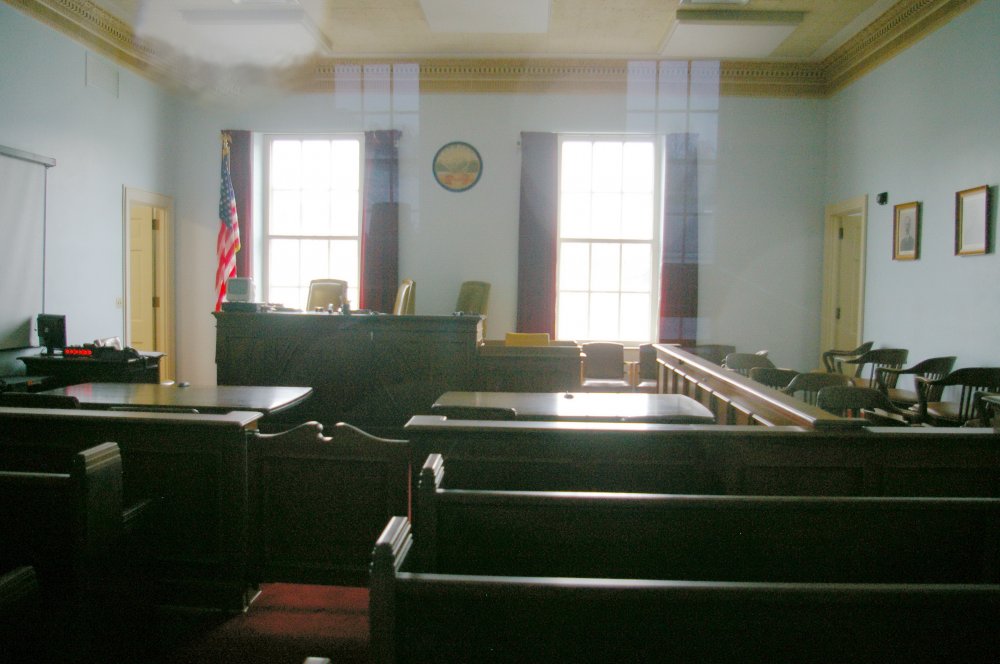 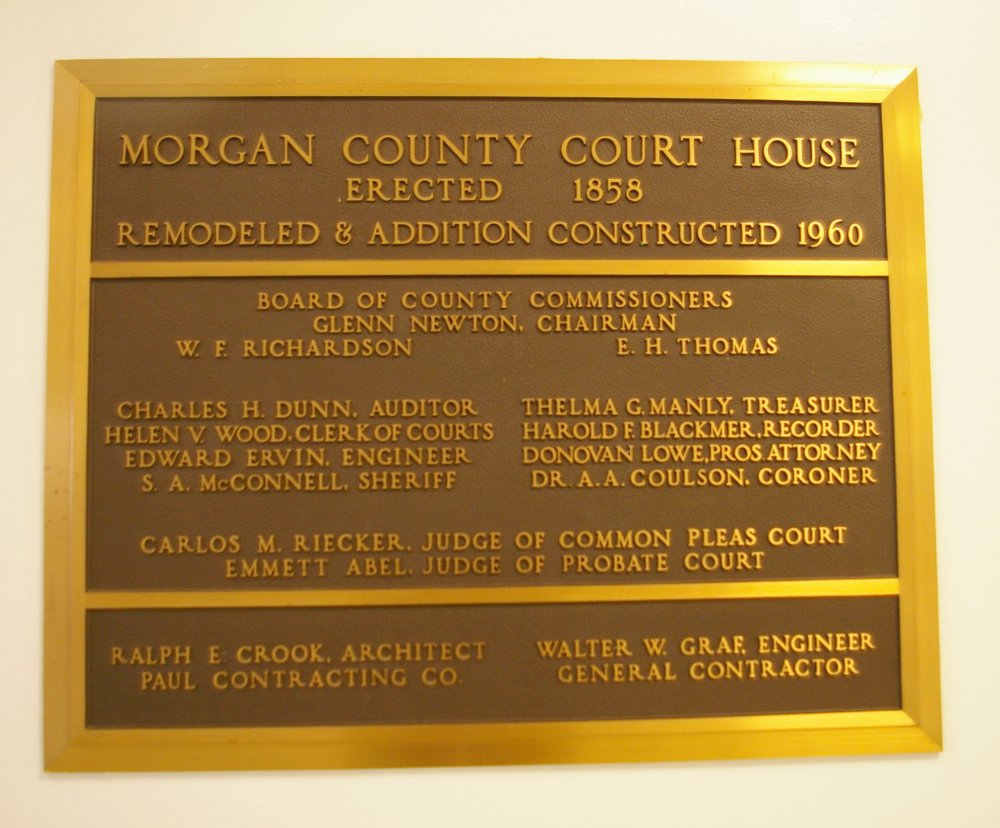