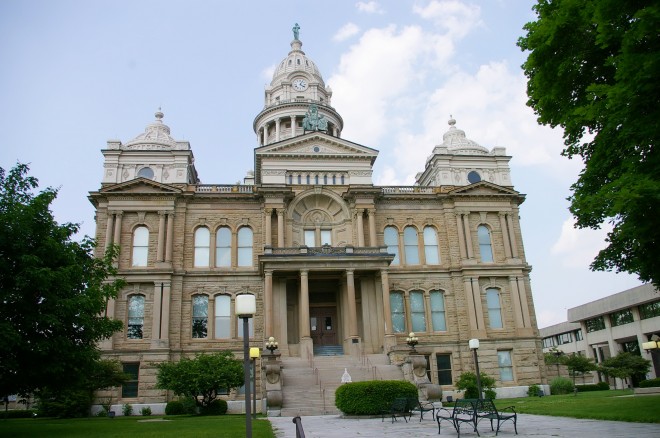 Miami County is named for the Miami Native American People.

Contractor:  T B Townsend of Zanesville and Rankin, Kellogg and Crane

Description:  The building faces south and is a two story buff colored sandstone structure. The building is located on landscaped grounds with fountain. The south front has a porch on the first story with four thin columns rising to a balcony at the second story. Above is a pediment at the roof line. A flight of stairs runs to the main entrance. Each corner has a square tower with white colored dome. On the center of the roof is a circular dome with clock and white colored roof with copper statue of Lady Justice at the top. The interior has frescoed plaster ceilings and arches ornamented with representations of local agricultural produce, marble wainscoting, and mosaic tile along with brilliant wood work. The courtroom is located on the second story.

Note:  Statues on the roof of the courthouse are not just decorative; they are symbols that represent life in Miami County: justice in the county court, agriculture, education, industry and transportation. They have sometimes been referred to as “seven allegorical figures.” The statues were made by the W H Mullins Company of Salem, Ohio. William Harold Mullins, the company founder, is remembered as an “iron monger” (an individual known for his skill working with iron. 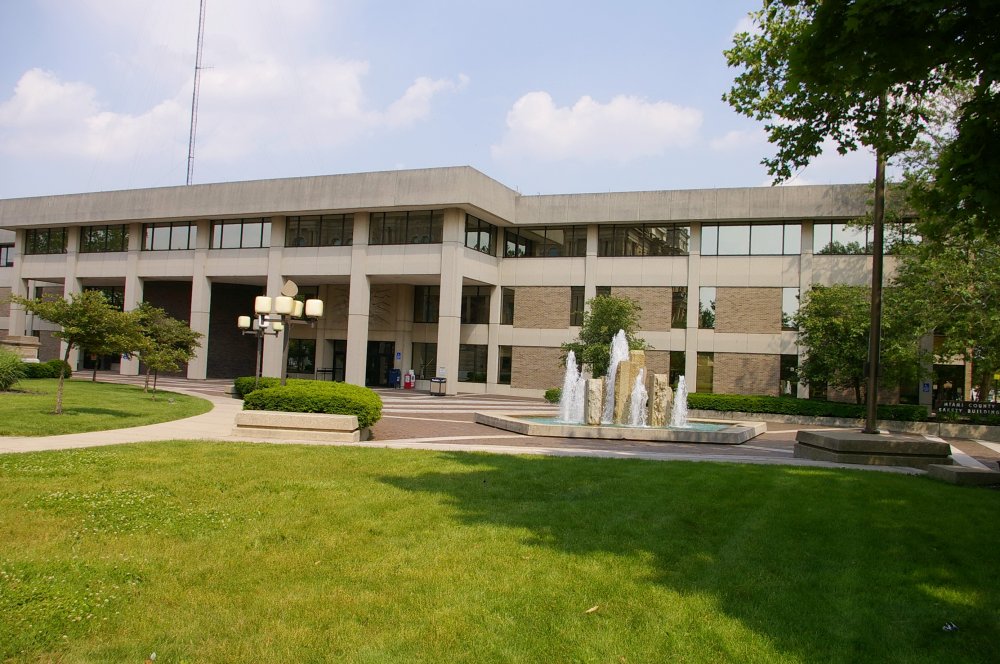 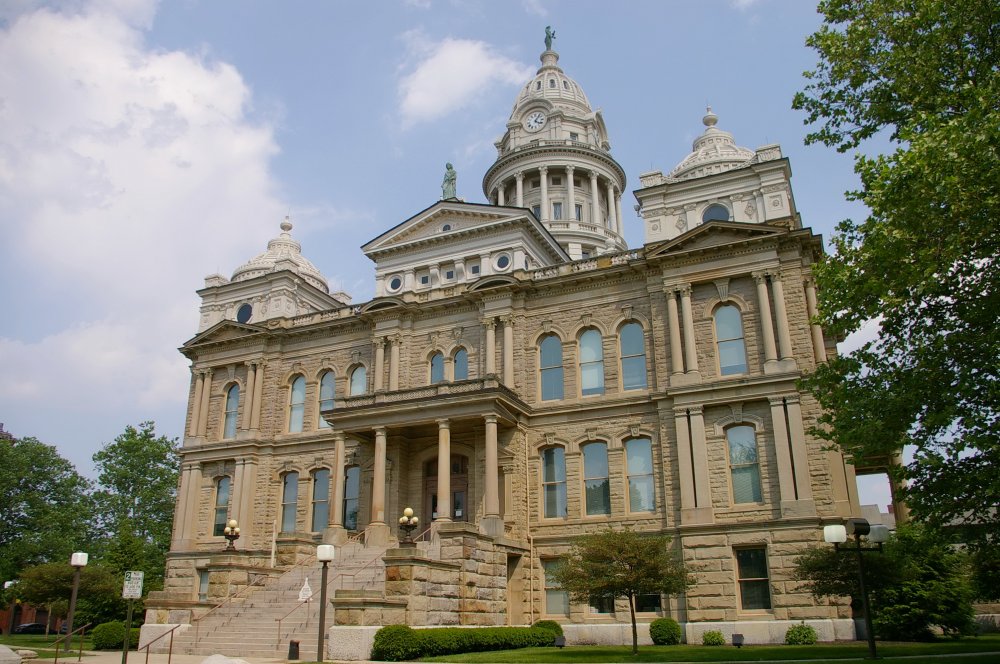 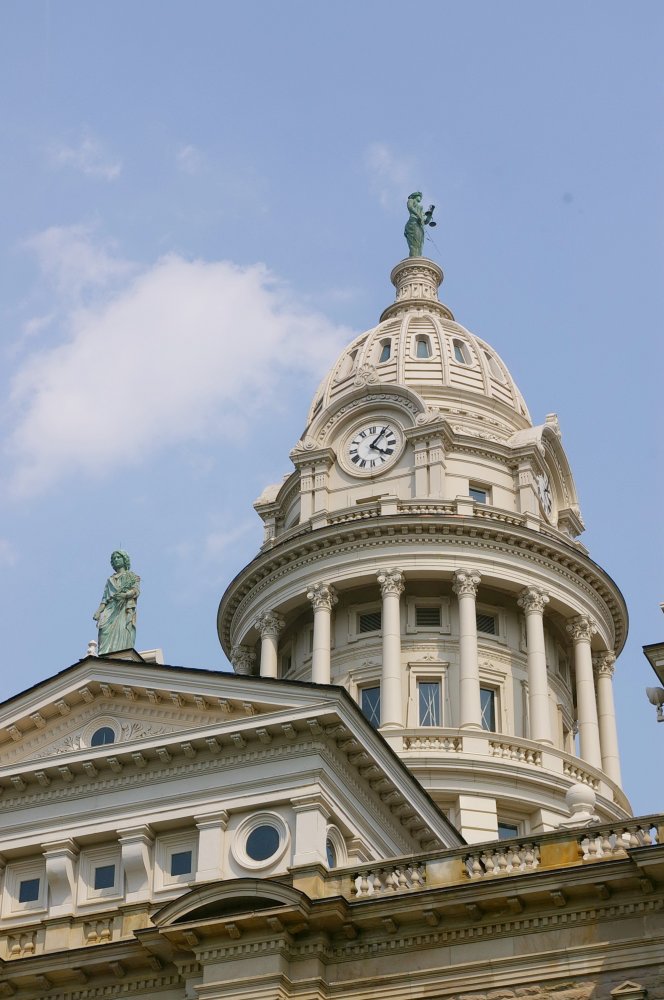 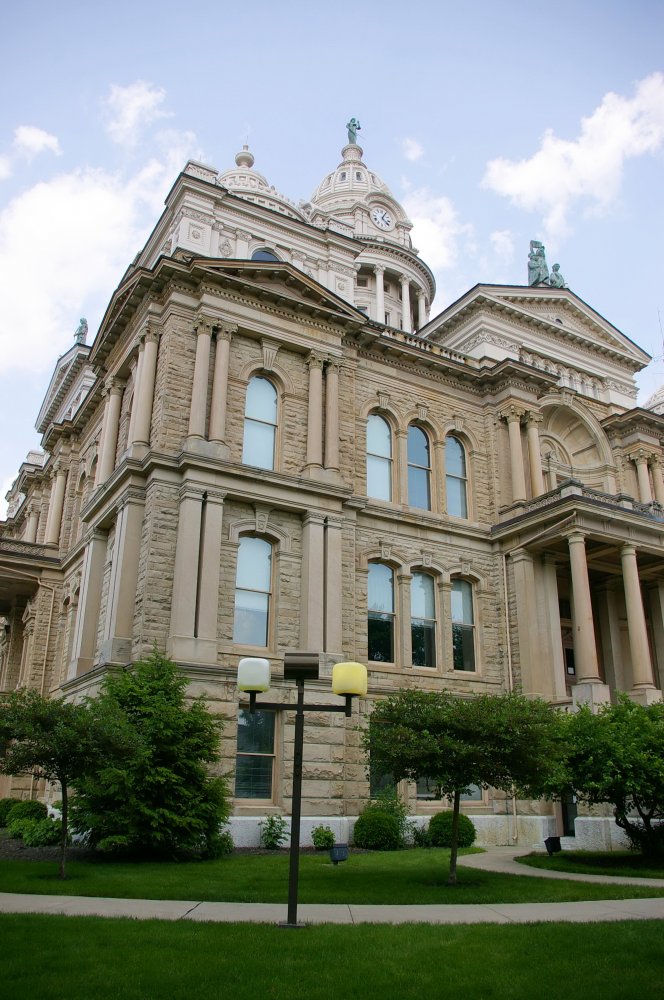 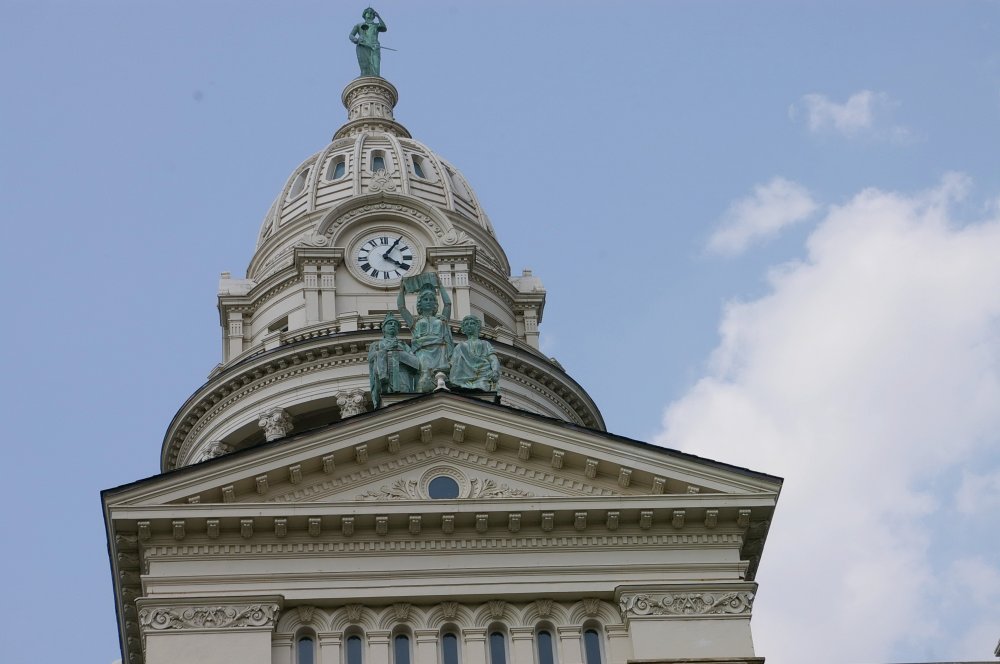 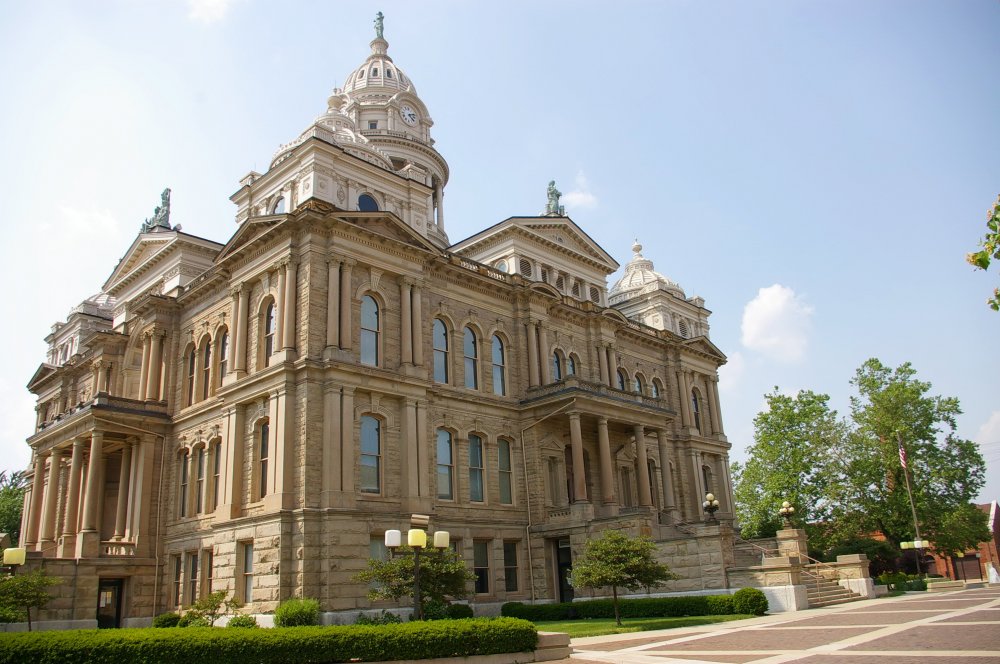 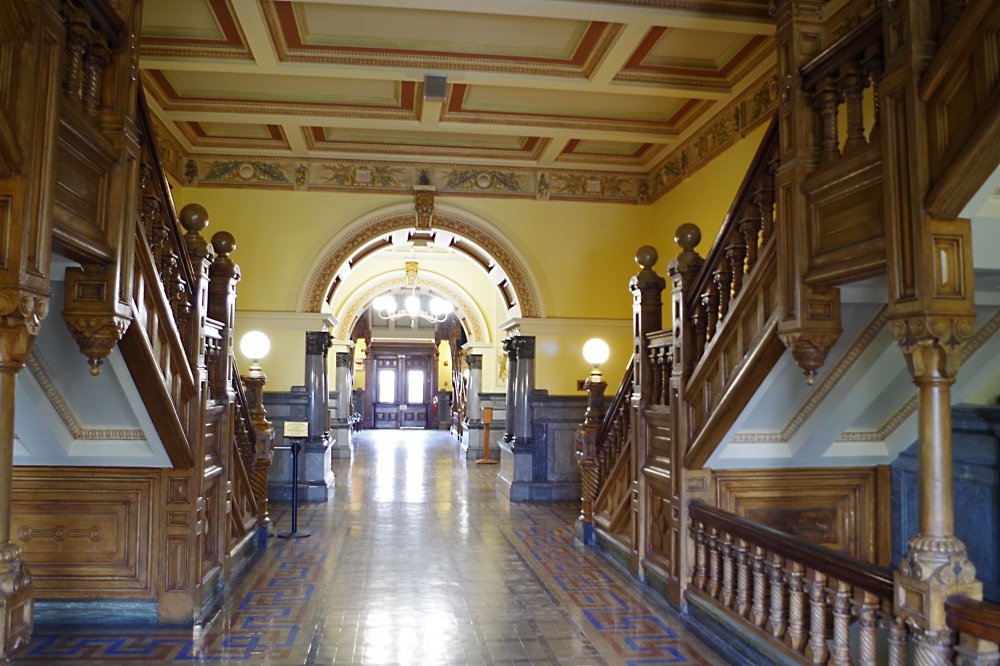 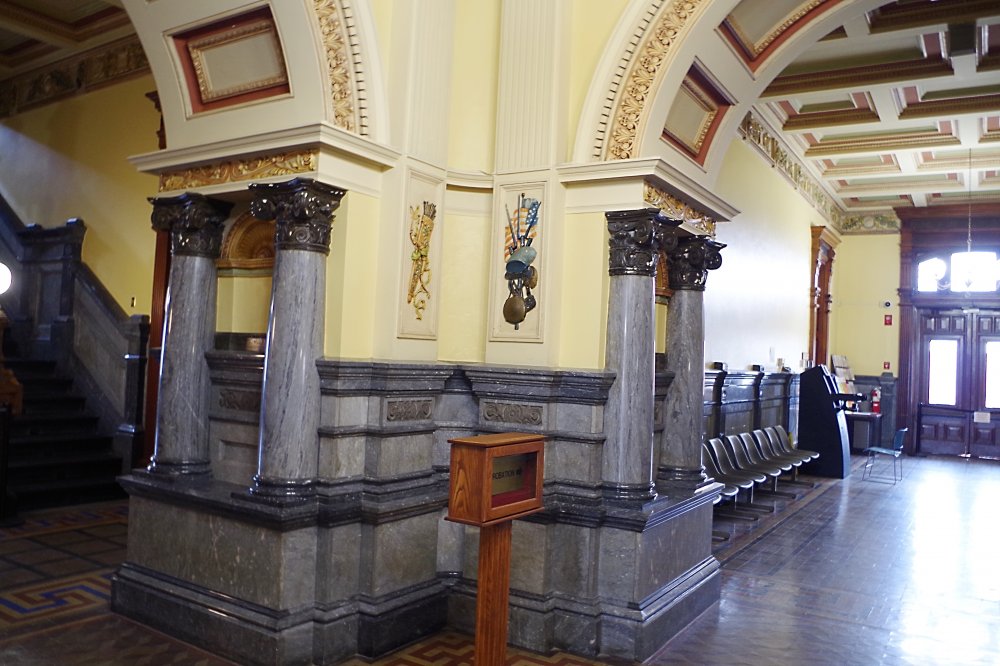 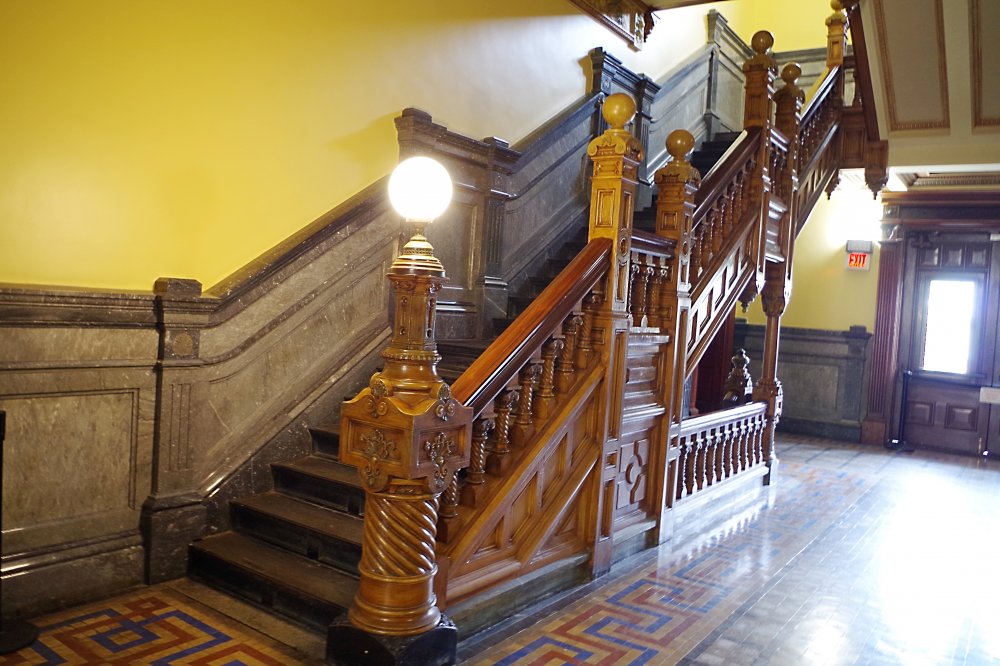 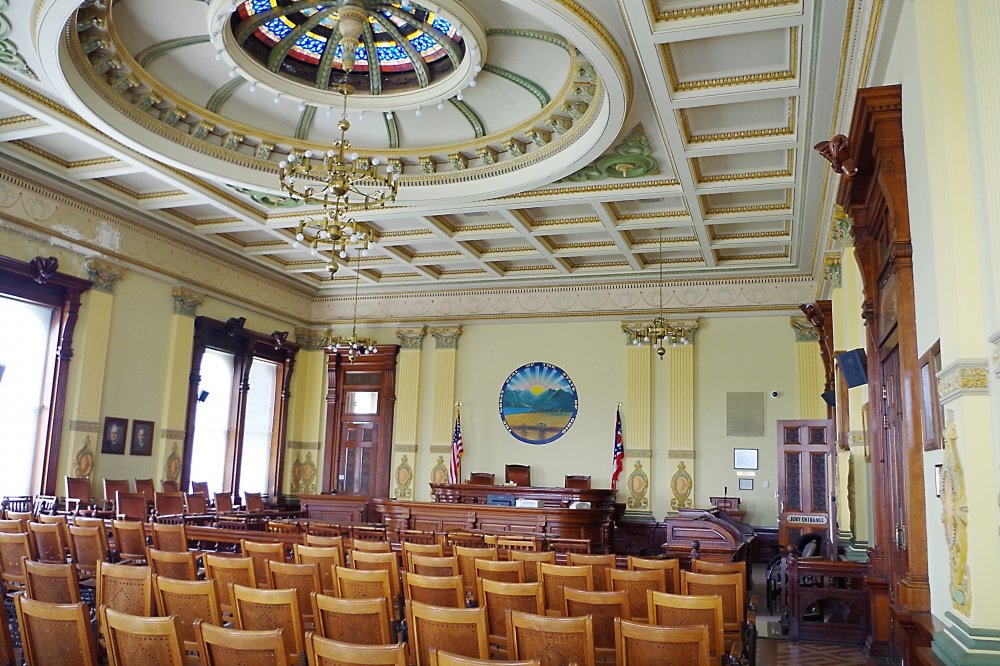 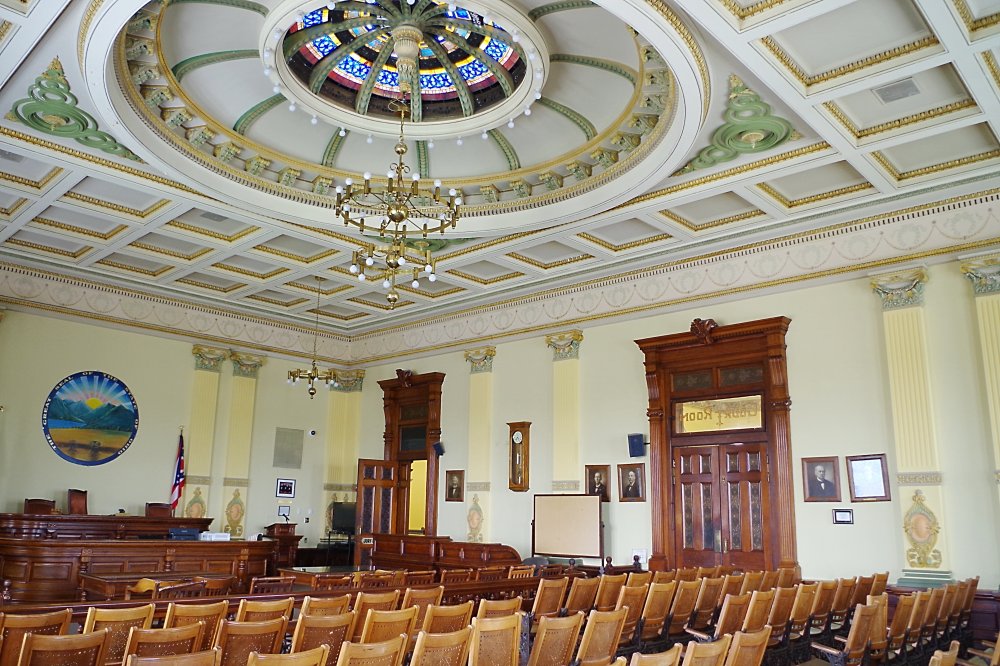