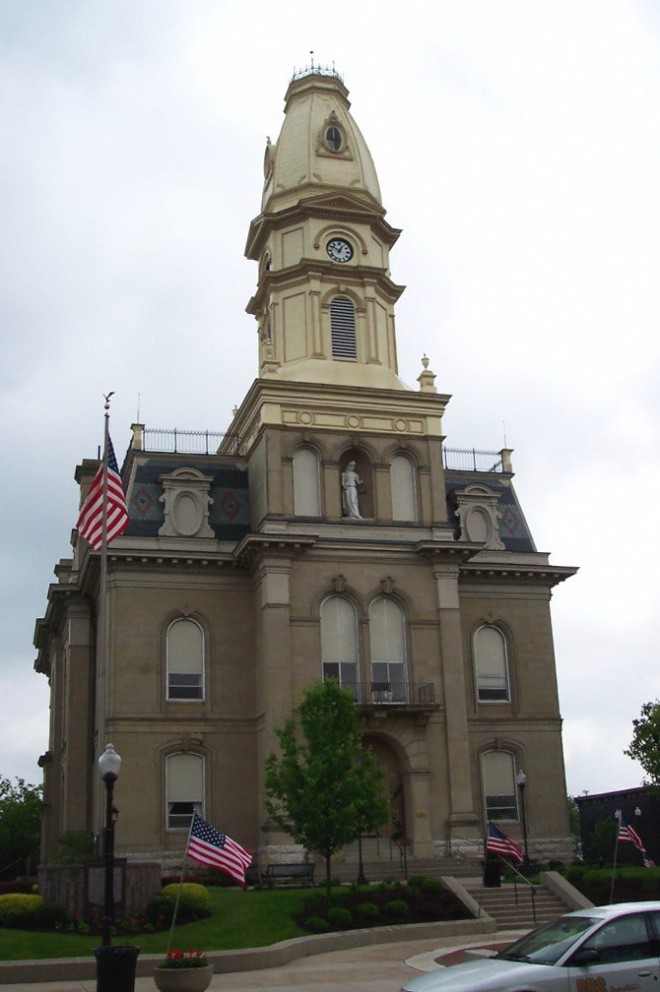 Logan County is named for Benjamin Logan, who was a general who fought the Indians in the region.

Description:  The building faces east and is a two story brown colored sandstone structure. The building is located on landscaped grounds in the center of Bellefontaine. The east front has a protruding square tower with entrance arch on the first story, small iron balcony above with two arched windows on the second story. Above is a large statue in a niche with arch window on either side and rising to a white colored clock tower. The tower is cased with galvanized iron ornamented to the style of the building. There is a mansard roof. The building is being restored in 2015 to 2018. The architect is Hardlines Designs of Columbus and the  contractor is Midstate Contractors Inc.

Note:  Alexander Koehler of Cleveland supervised the construction by the following trades: 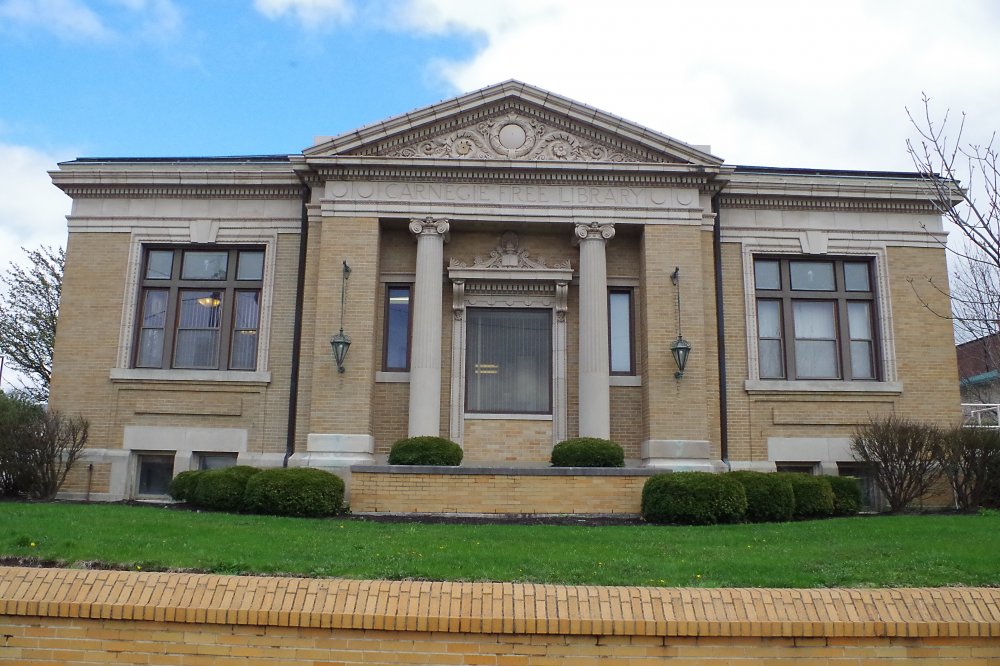 Description:  The building faces west and is a one story buff colored brick, stone and concrete structure. The building is located on landscaped grounds in the center of Bellefontaine to the north of the courthouse and the east front has a projecting center section with two columns, recessed porch and decorated pediment at the roof line. The trim is Indians Bedford limestone and the roof is hipped. The courtrooms are located on the west side of the main floor. The building was constructed as a Carnegie Library and presently serves as the courthouse until the old courthouse is restored.  An addition was constructed in 1978. The architect was Wayne A Wolford of Bellefontaine and the contractor was Thomas & Marker Construction of Bellefontaine. 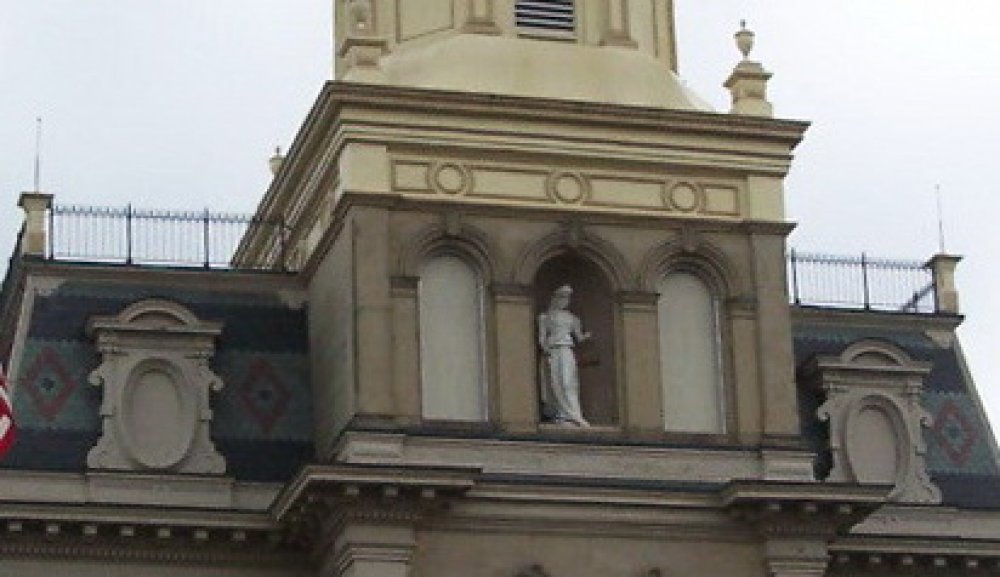 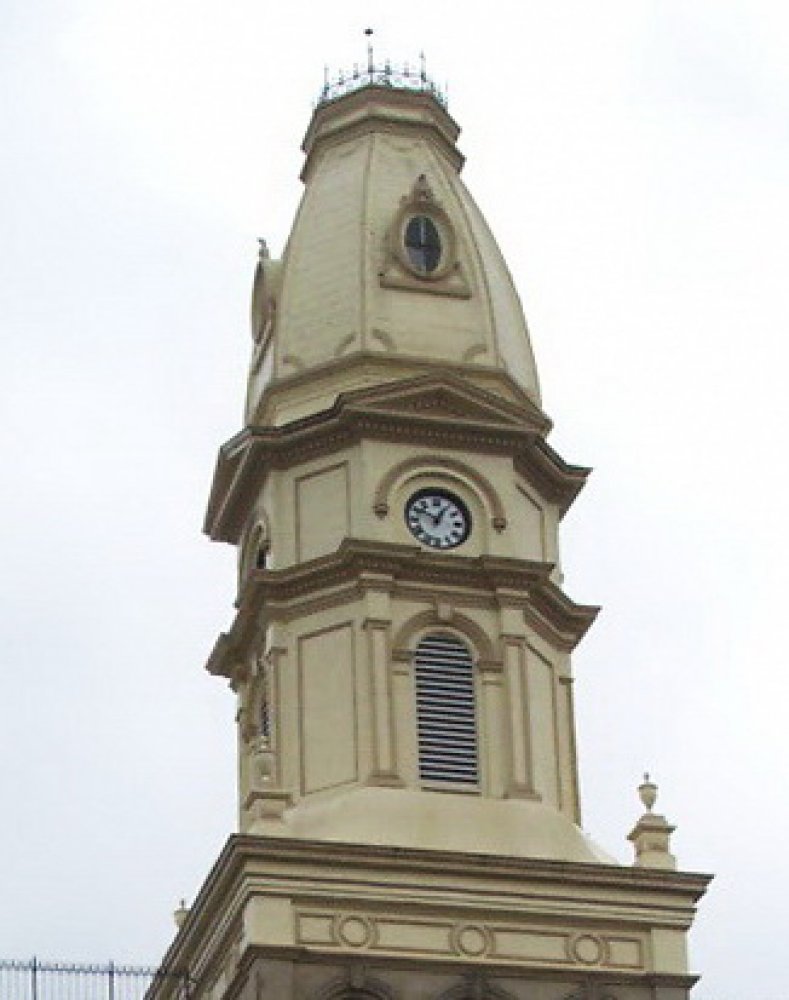 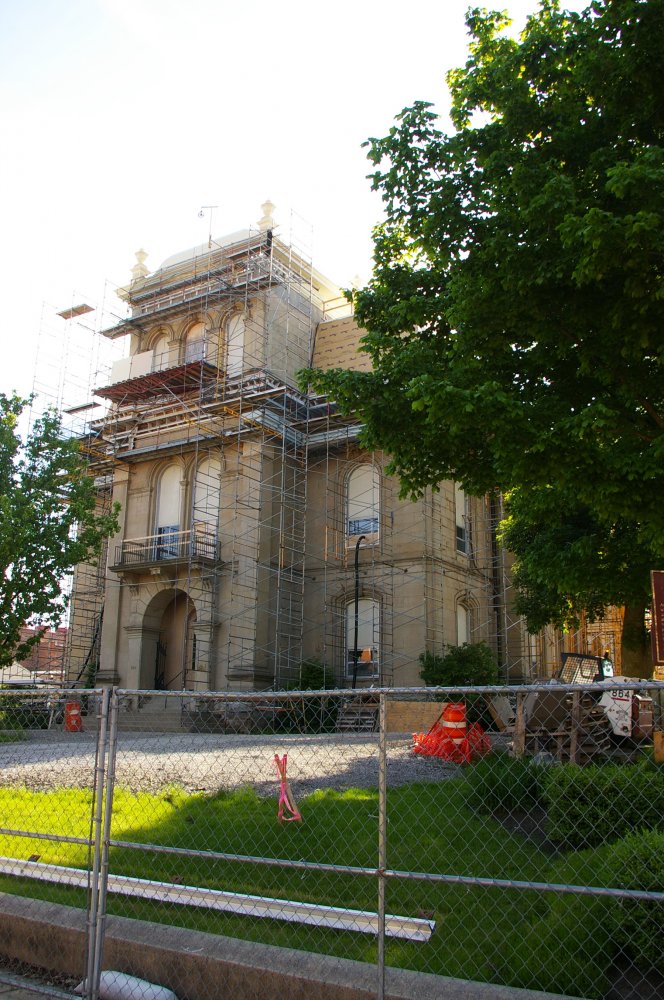 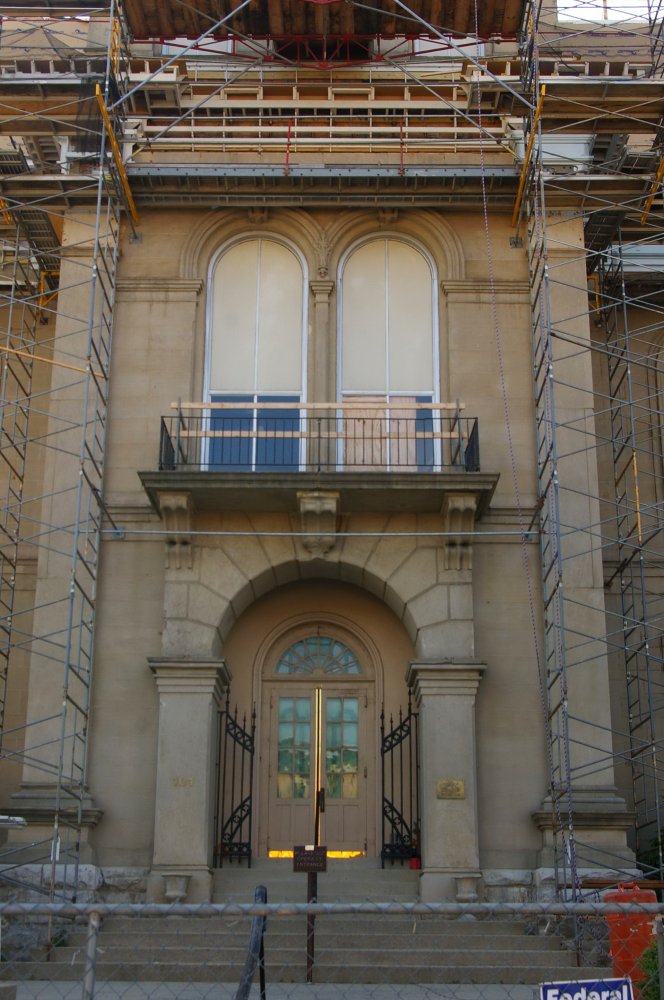 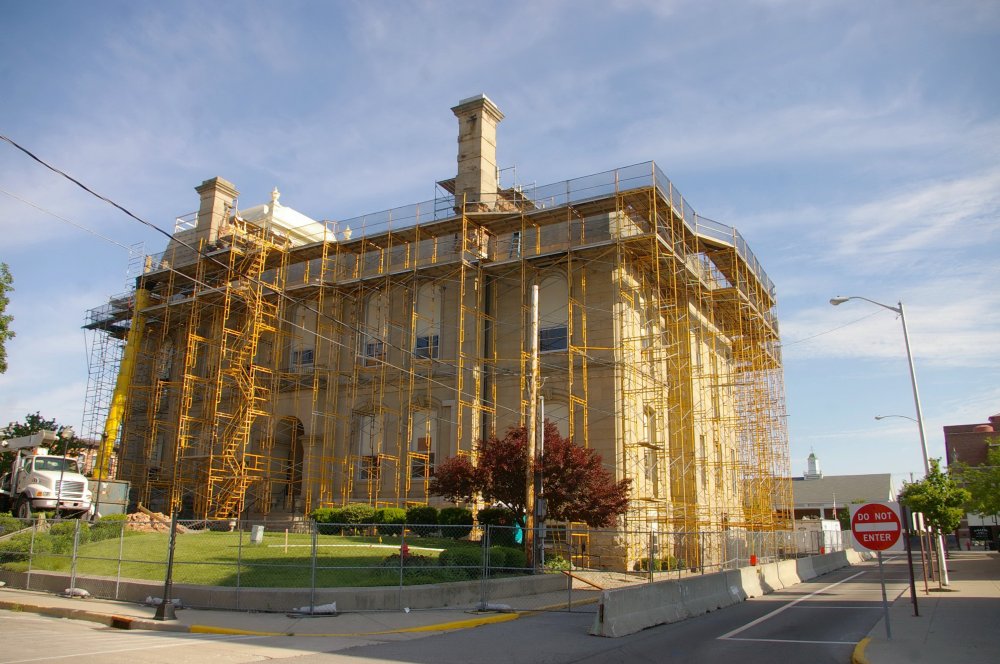 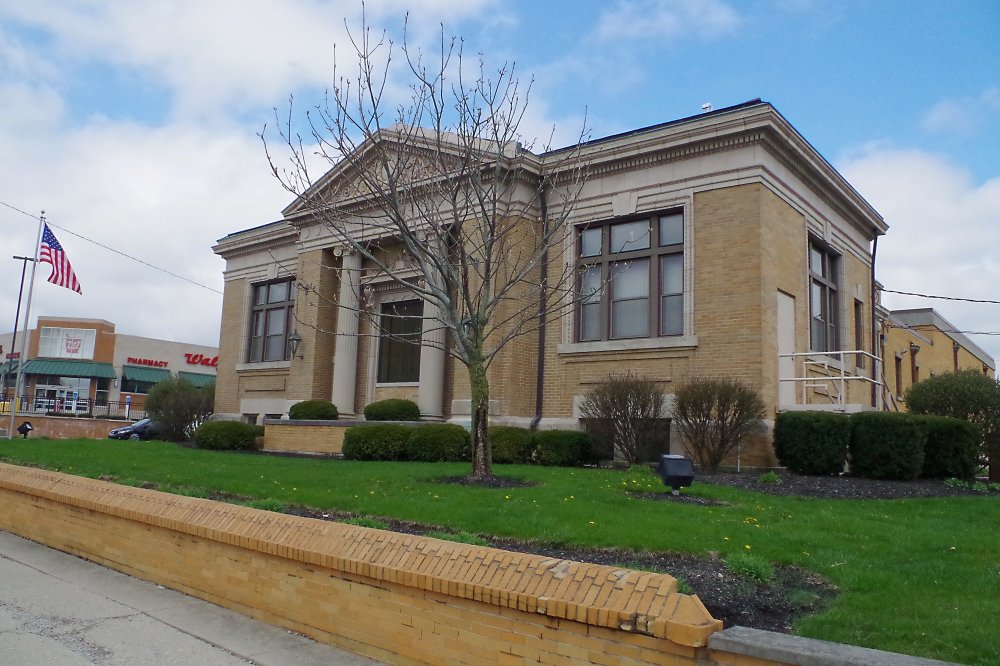 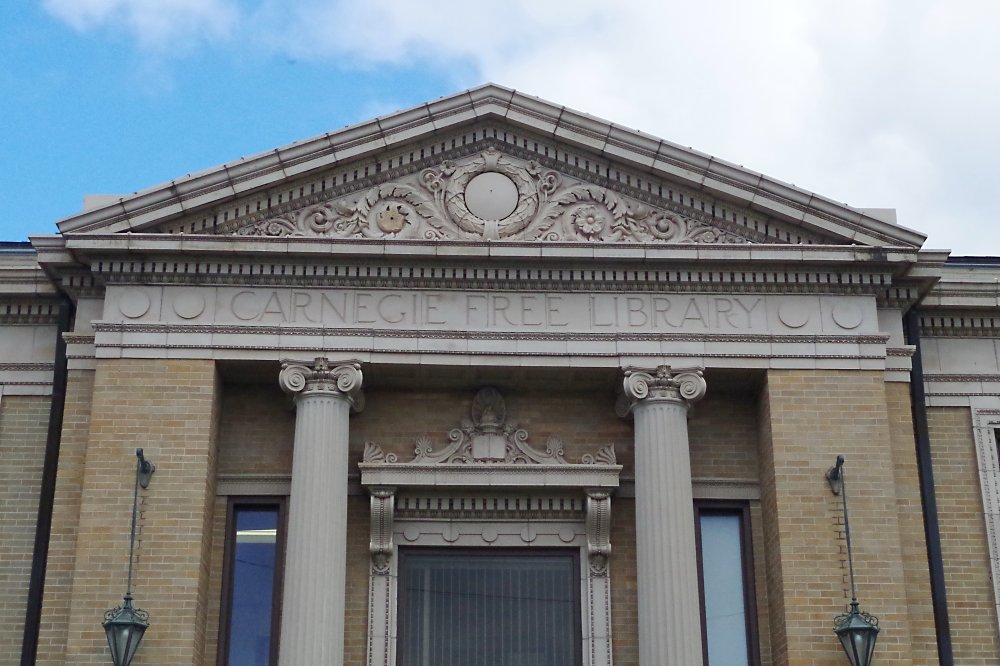 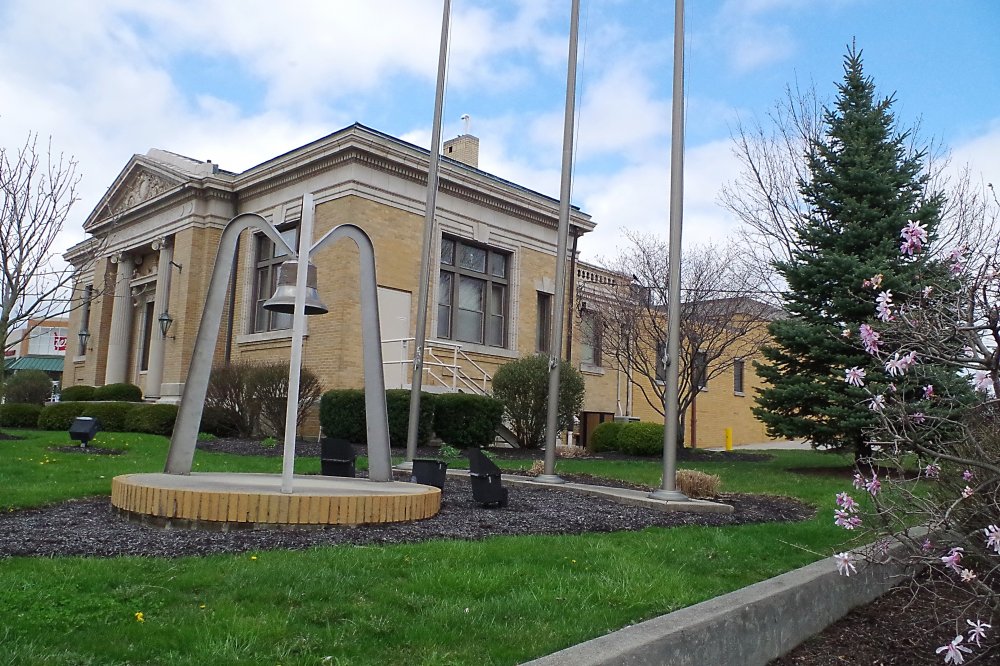 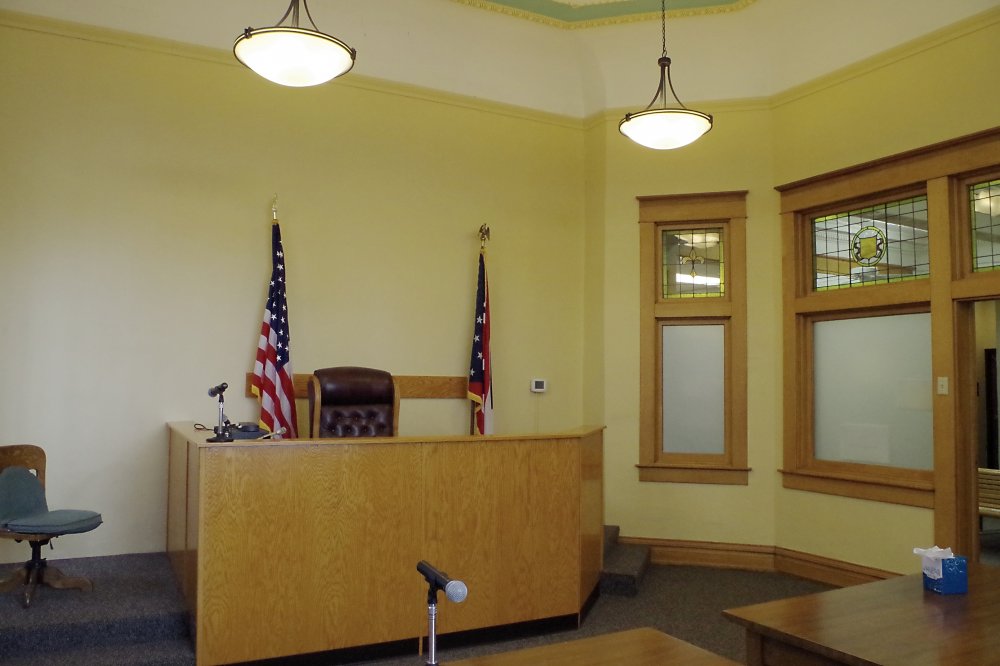