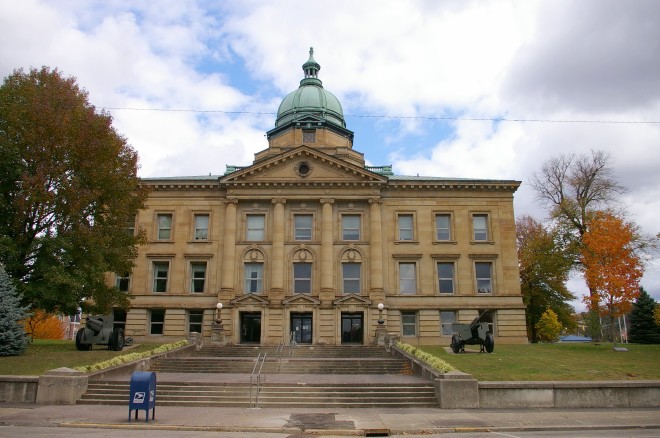 Lawrence County is named for James Lawrence, who was a naval hero during the War of 1812. 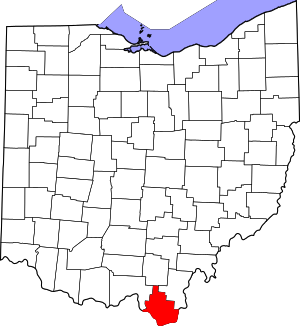 Description:  The building faces southwest and is a three story brown colored cut stone and concrete structure. The building stands on a hill in the center of Ironton facing the downtown and the Ohio River. The south front has three rectangular openings on the first story with small pediments above. Four columns rise from the second story to a wide pediment at the top of the third story. On the center of the roof is a large dome with green colored roof. The interior has stone floors and walls, high wooden doors with glass windows and sweeping staircases with iron railings topped by wood. 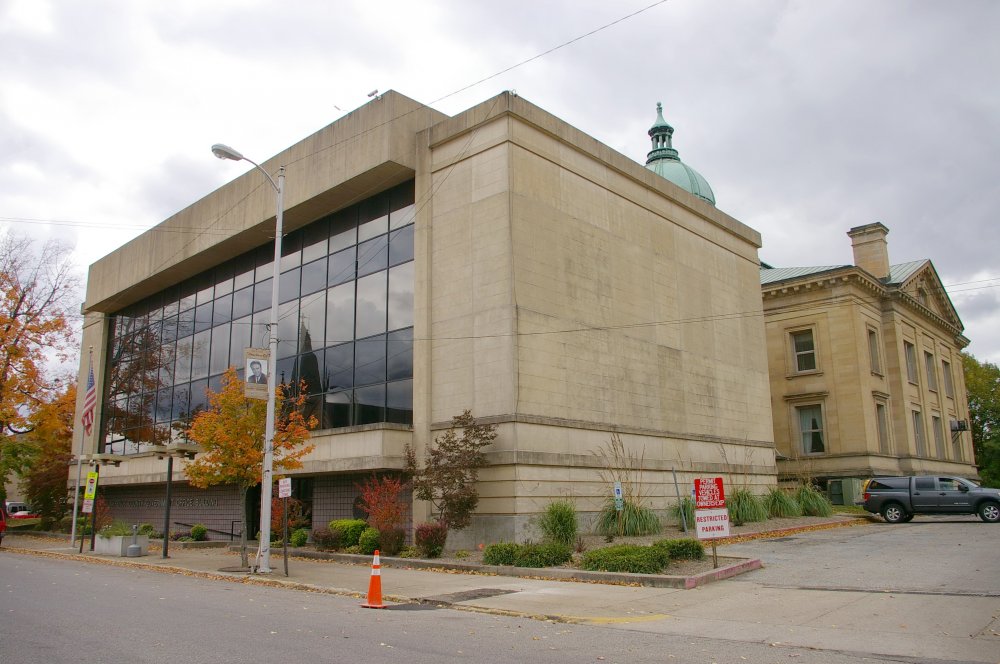 Description:  The building faces northeast and is a four story concrete and glass structure. The building is located on landscaped grounds in the center of Ironton on the northeast side of the courthouse. The north front has an overhang with recessed first story. The second to fourth stories have glass panels. There are no windows on the east and west sides. The roof line is flat. The building contains two courtrooms. The building houses the County Court of Common Pleas. 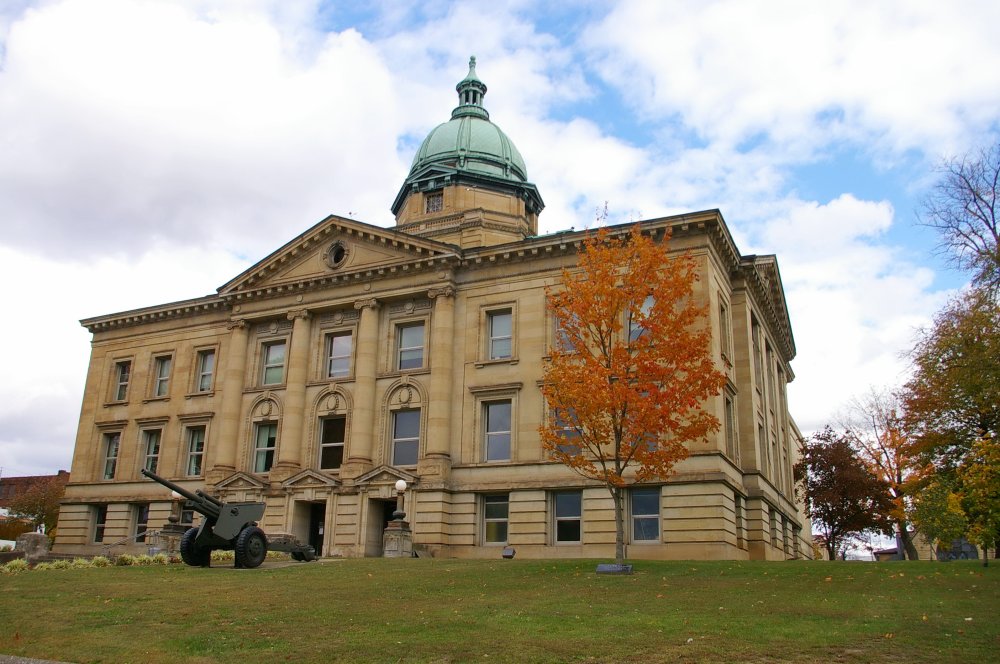 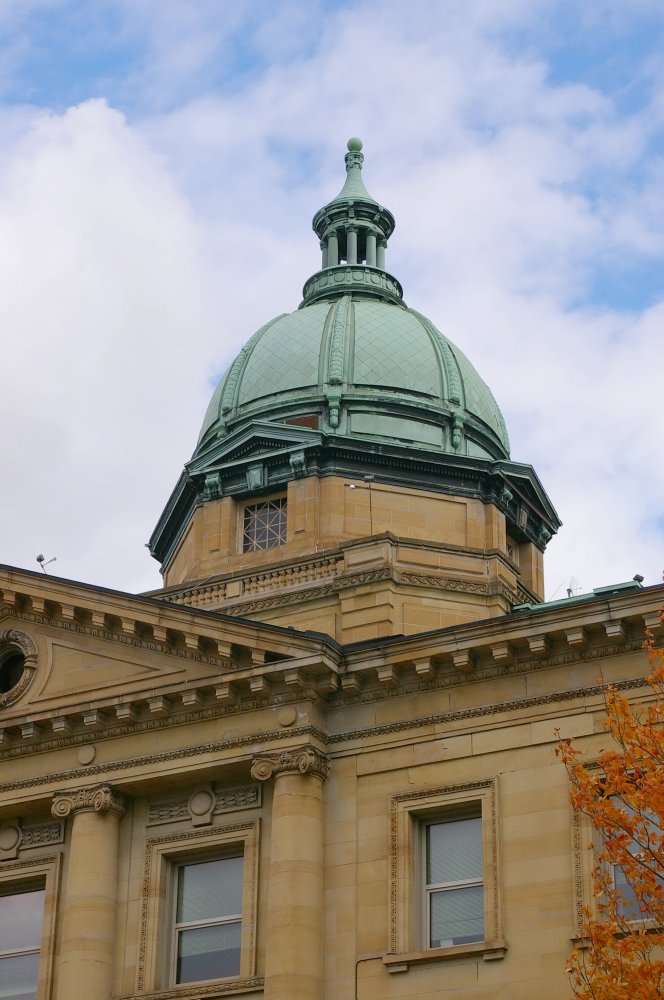 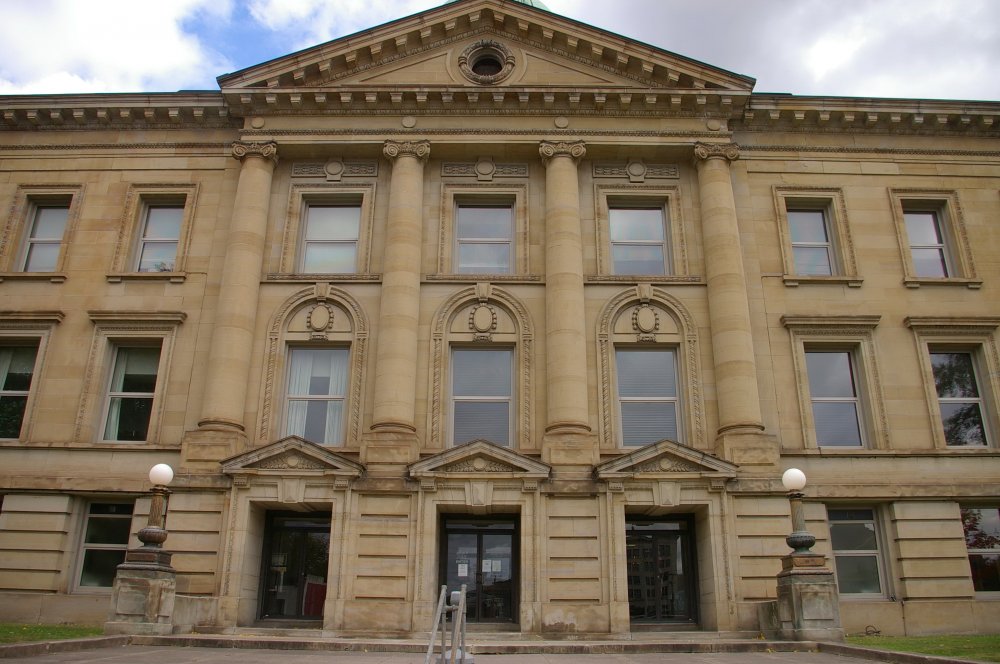 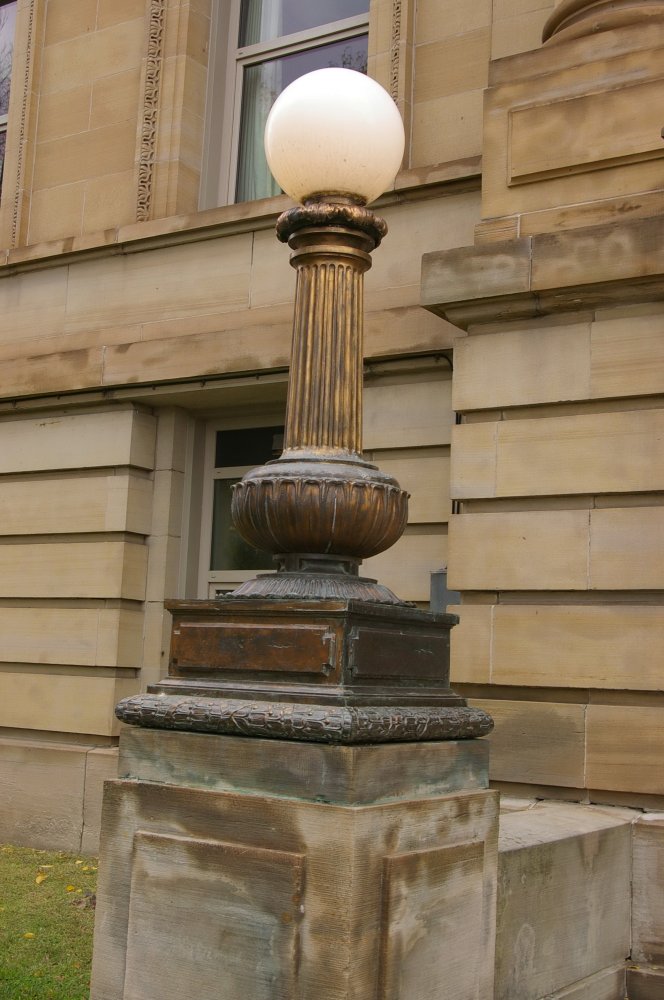 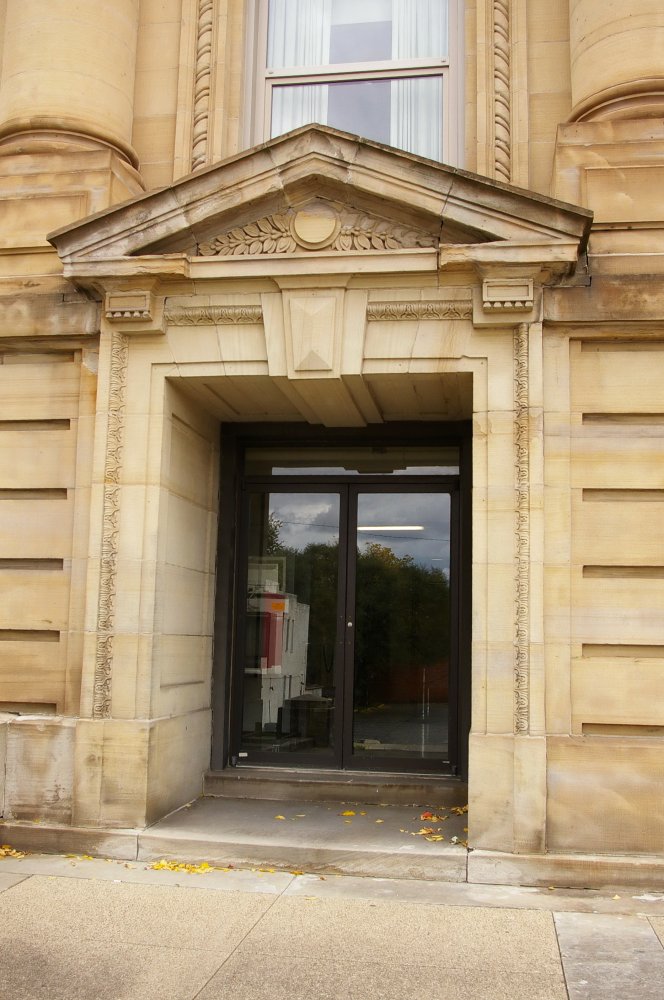