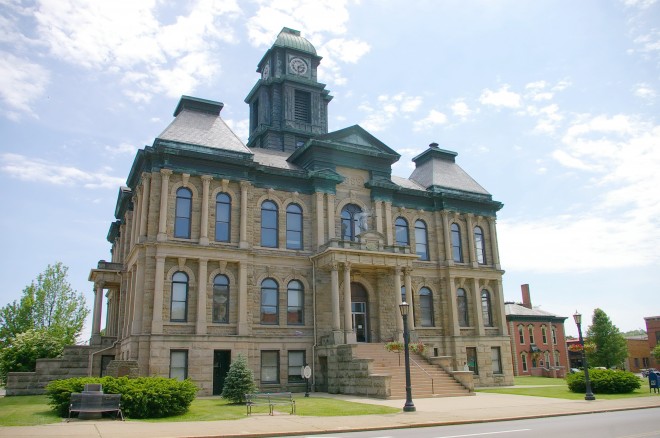 Holmes County is named for Andrew H Holmes, who was killed at the battle on Mackinac Island during the War of 1812.

Description:  The building faces north and is a two story buff colored limestone structure. The building is located on landscaped grounds in the center of Millersburg. The north front has a small portico with four thin columns rising to a balcony on the second story with a statue of Lady Justice. Above is a large arched window on the second story and a pediment at the roof line. Each corner has a mansard roof. On the center of the roof is a square clock tower with green colored dome. The roof is sloped. On the southwest corner of courthouse square is the old red colored brick Italianate style County Jail constructed in 1880. 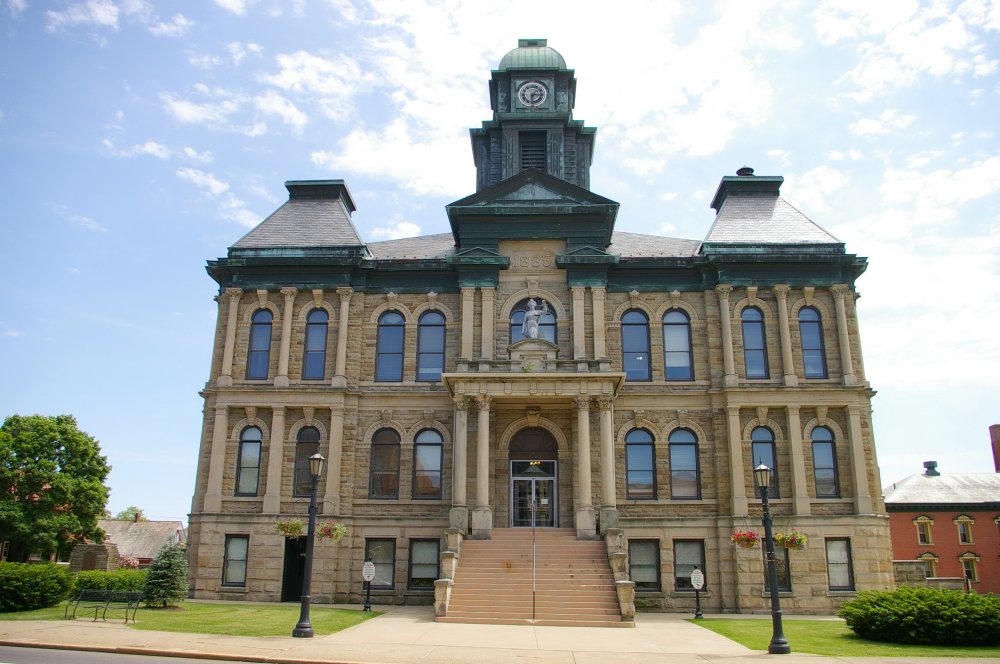 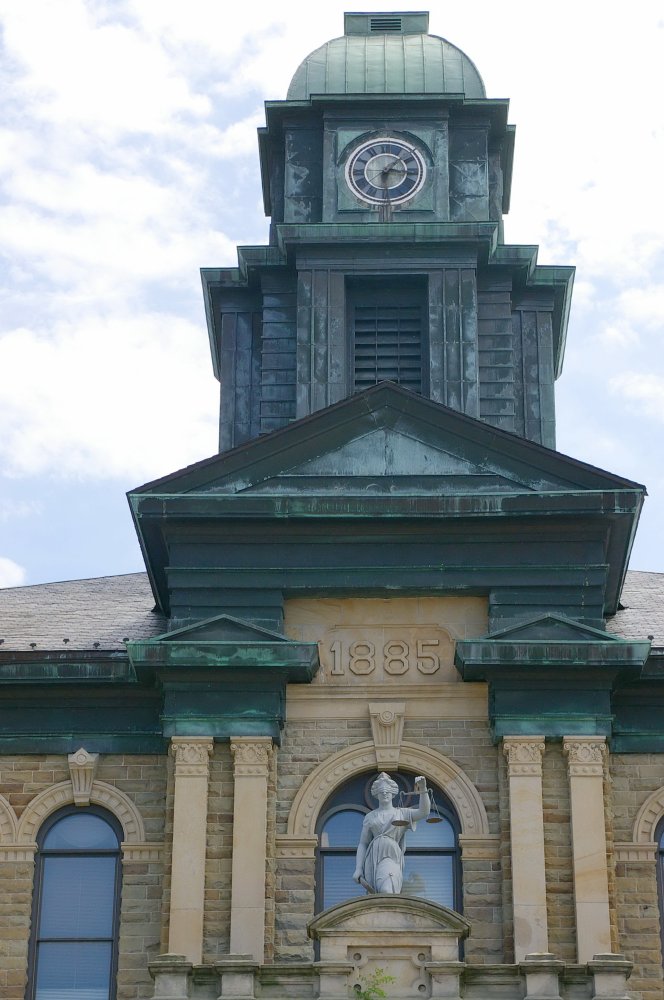 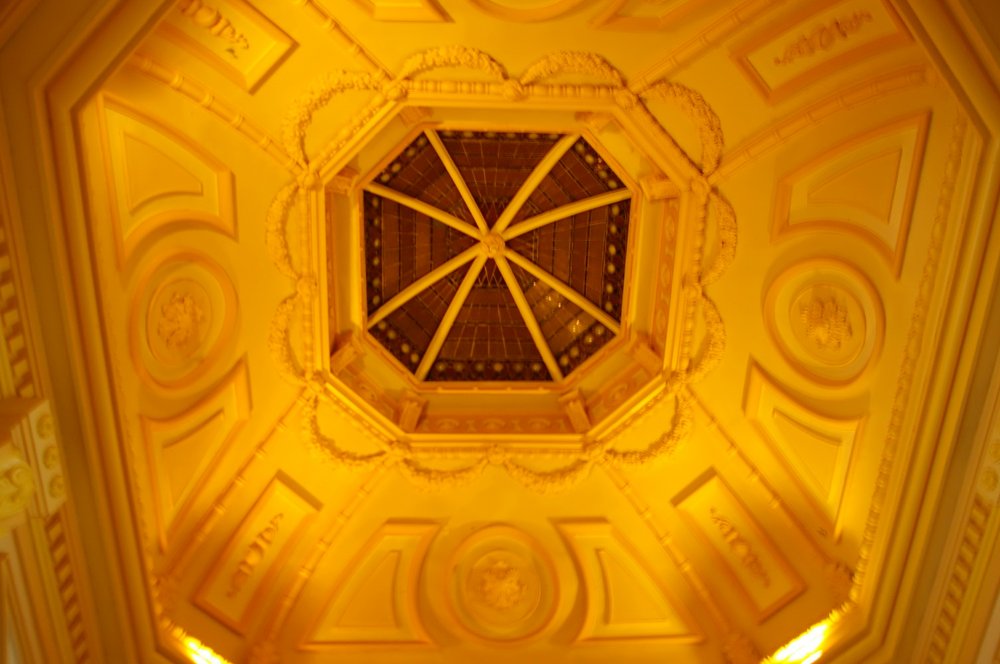 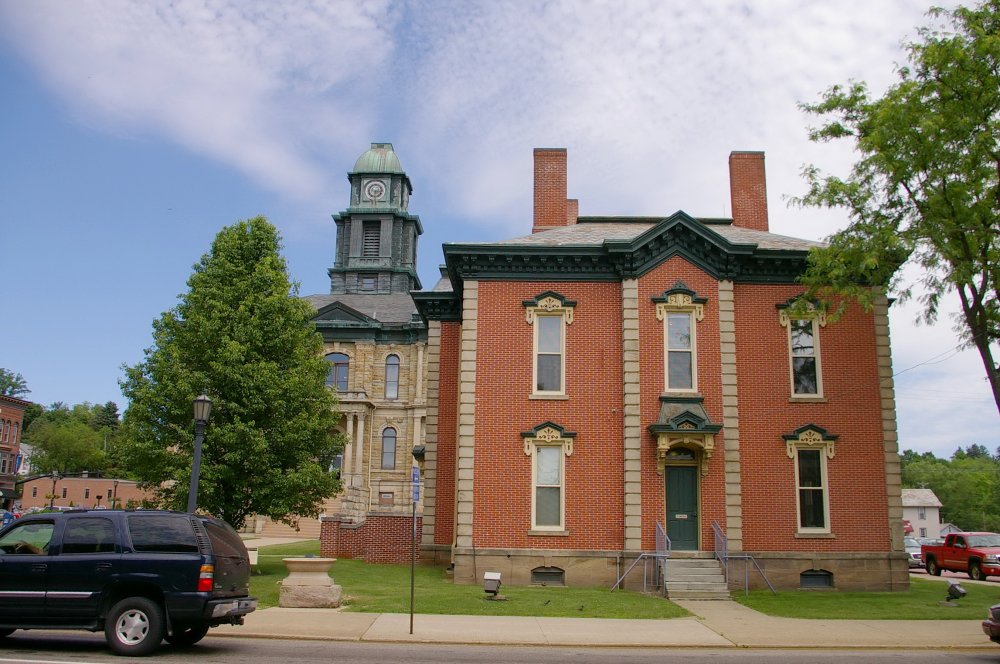