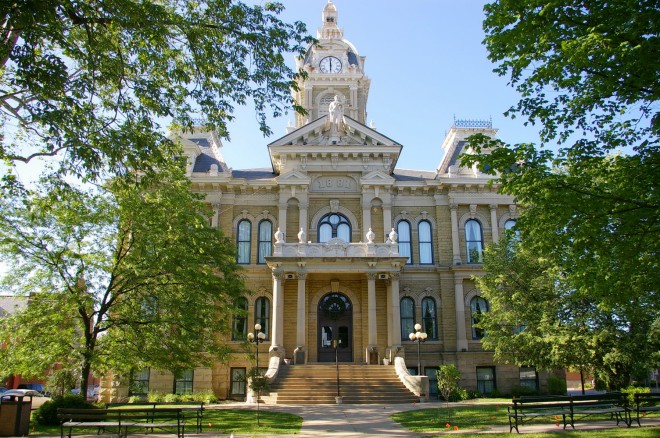 Guernsey County is named for the island of Guernsey in the English Channel and from where the settlers came.

Description:  The building faces south and is a two story buff colored fine sandstone structure. The building is located on landscaped grounds of the Public Square in the center of Cambridge. The south front has a one story portico supported by four columns rising to a balcony on the second story. Vertical pilasters rise to small pediments with a large pediment above at the roof line. At the top of the pediment is a statue of Lady Justice. The corners of the building have square towers rising to mansard roofs. On the center of the roof is a large square clock tower rising to a dome with lantern at the top. The building houses the County Court of Common Pleas – Domestic Relations Division, Juvenile Division and Probate Division.

History:  The county was created in 1810 and Cambridge was selected as the county seat. The county used rented premises. The first courthouse was a Greek Revival structure built on the Public Square in 1818. An addition was built in 1854. The second and present courthouse was constructed in 1881 to 1883. 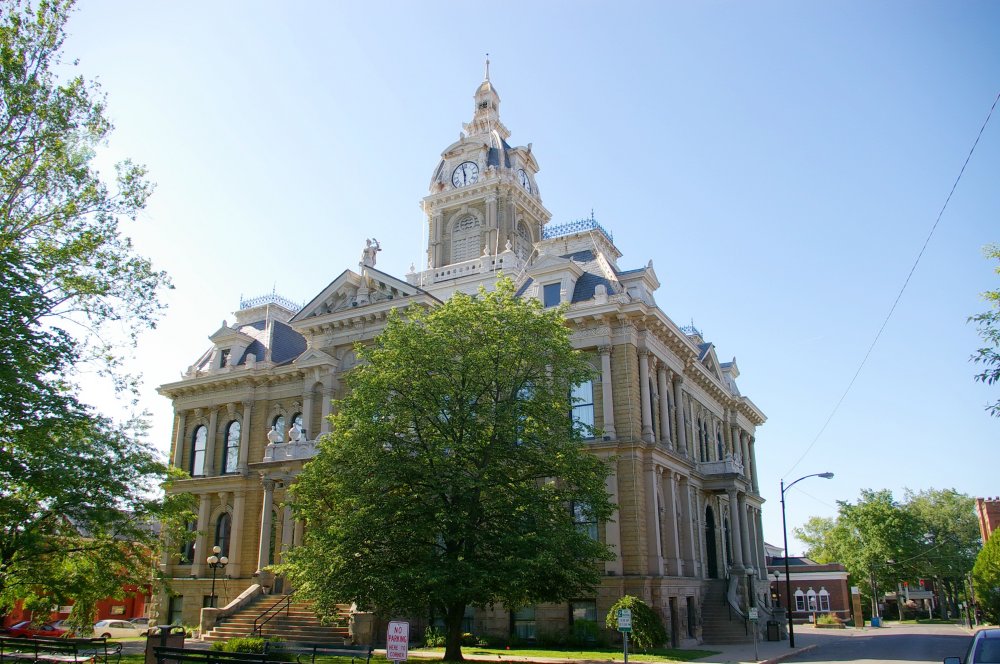 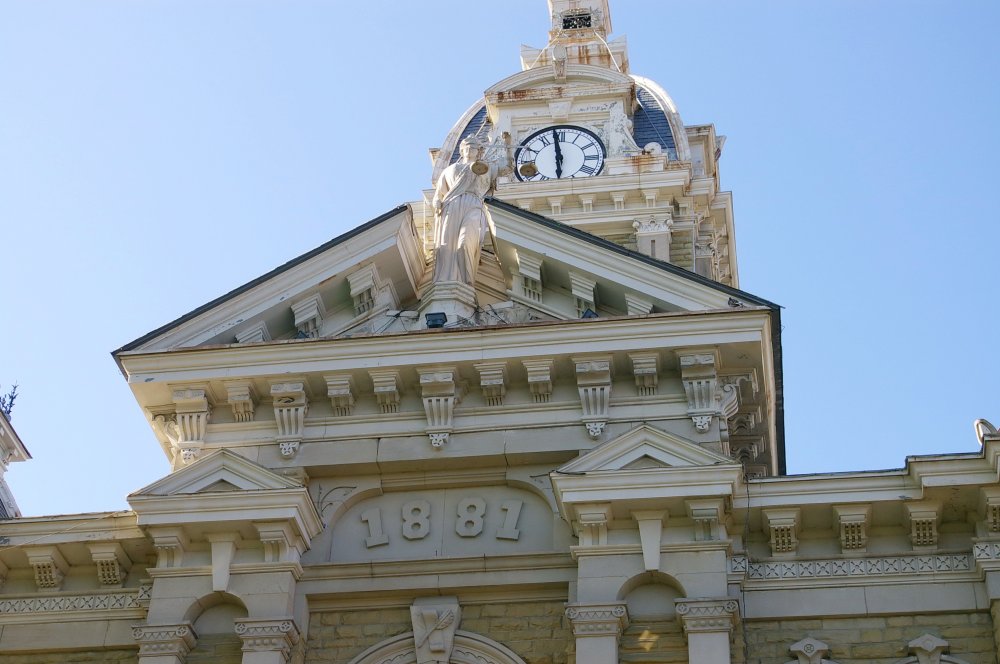 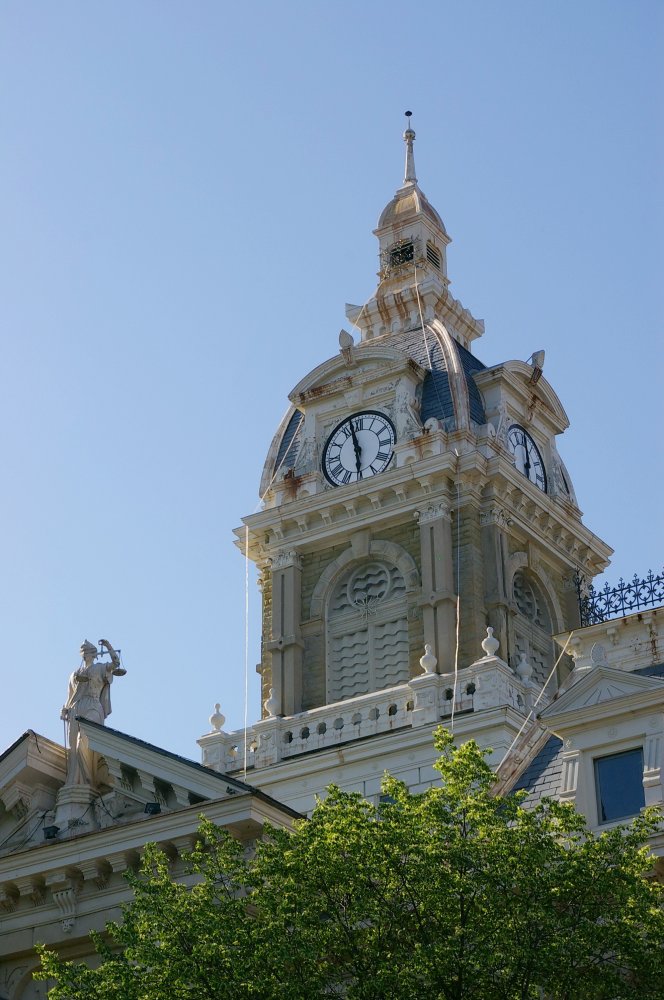 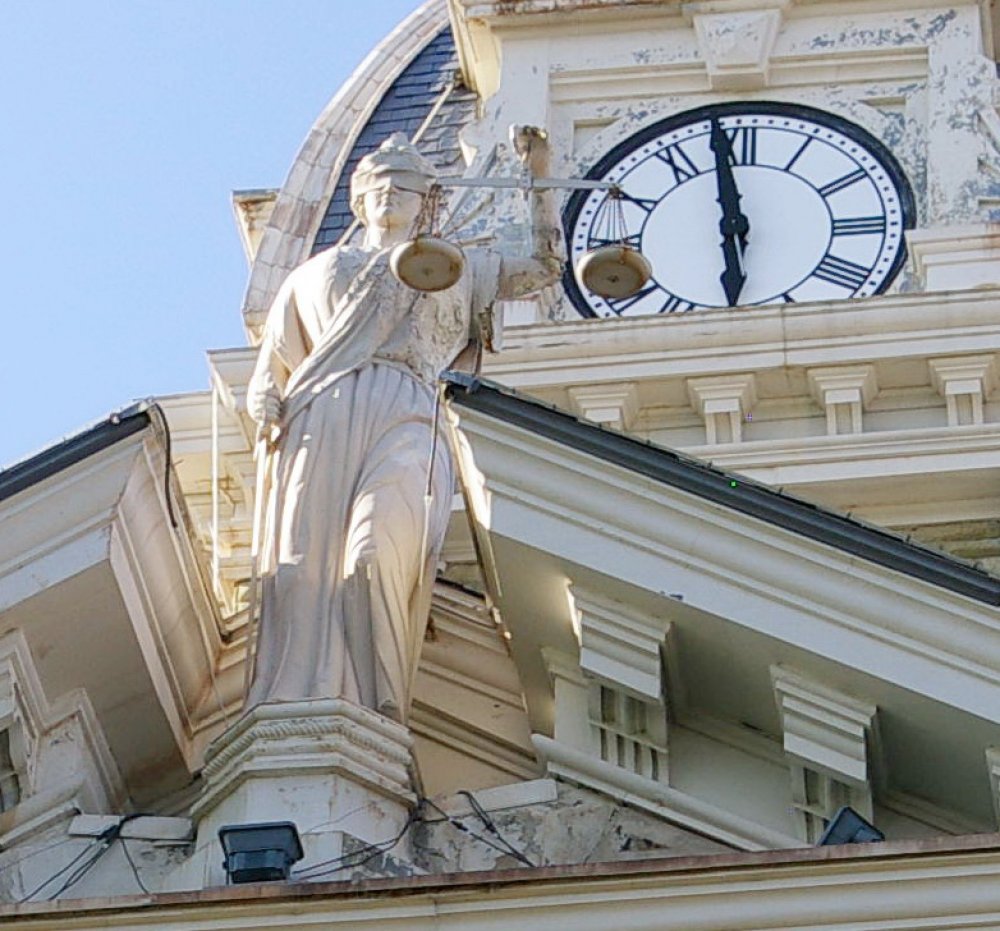 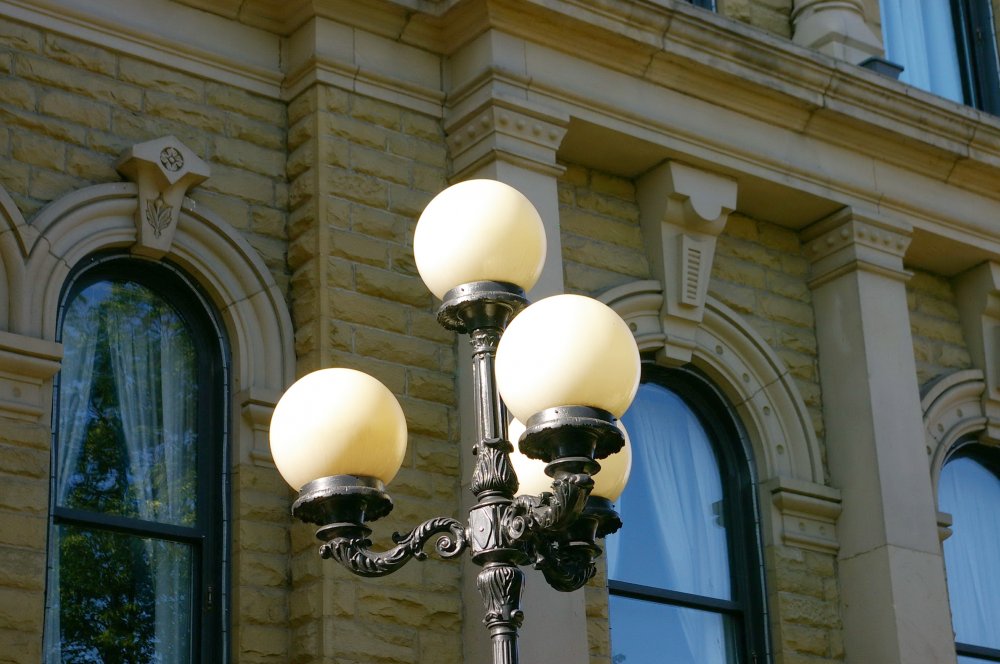 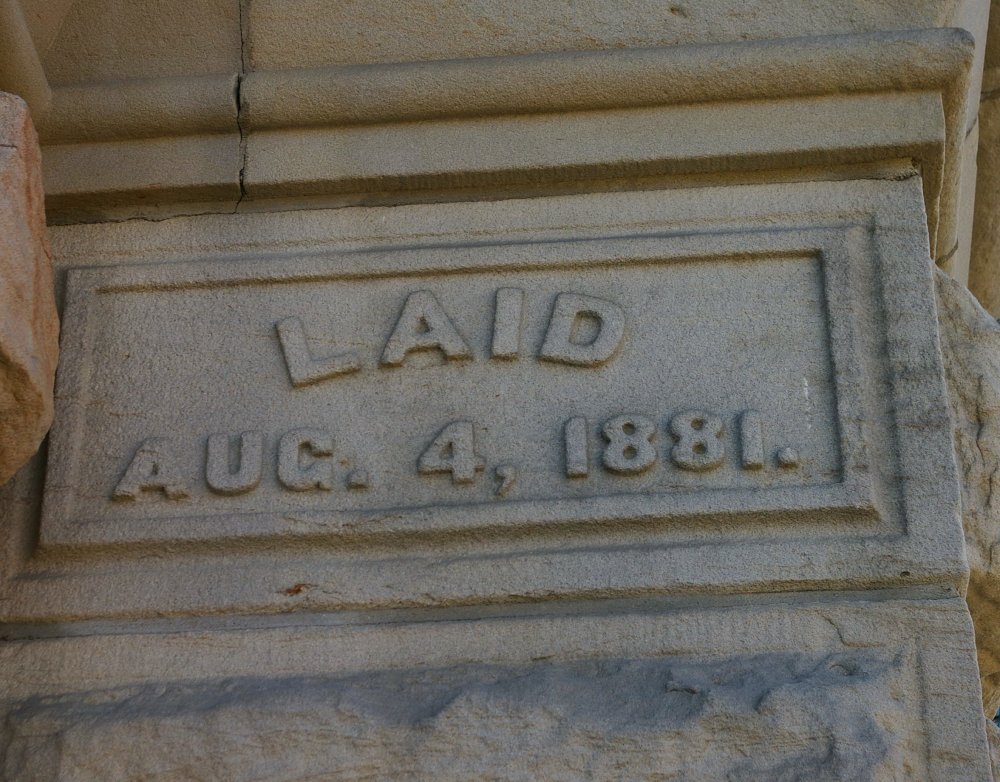