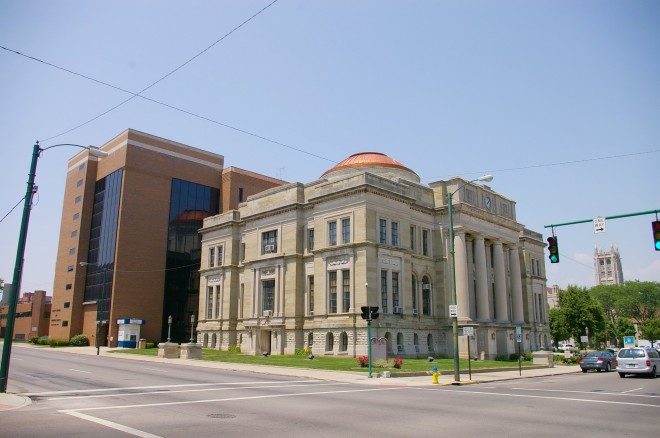 Clark County is named for George Rogers Clark, who was a general who defeated the Shawnee Indians in a battle near Springfield.

Description:  The building faces east and is a three story limestone structure. The building is located on landscaped grounds. The east front has an extended porch with four high columns rising to a wide header at the roof line. On the center of the roof is a round dome with copper top. On the west side of the building is the high modern County Office Building.