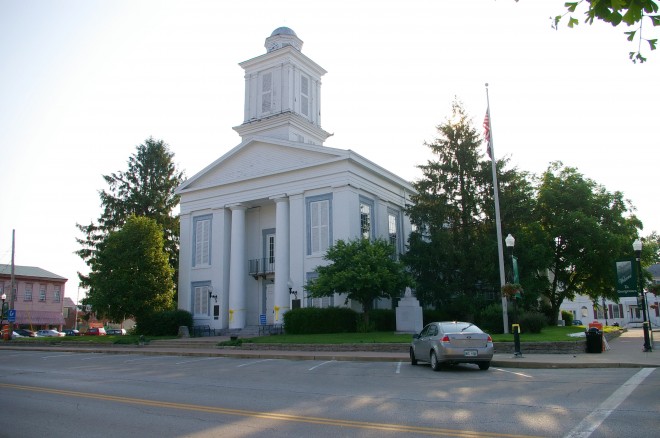 Brown County is named for Jacob Brown, who was an officer during the War of 1812 and who was wounded at the Battle of Lundy’s Lane.

Description:  The building faces west and is a two story white colored brick structure. The building is located on landscaped grounds in the center of the city. The west front has a recessed porch with two Doric columns rising to a header and with wide pediment above. The building has blue colored window and door trim. The windows are shuttered on both levels; a balcony is attached above the door and is accessed by a set of French Doors. The roof above the entrance resembles a pediment but is actually a gable. The two wings also contain entrances but the door is not recessed like the main entrance. Two stacked rectangular drums protrude from the center of the building with an octagon drum supporting the dome. A four faced clock protrudes from the sides of the final drum. The roof is sloped. Wings were added in 1914. In 1977, a fire damaged the building. The building was repaired by Modern Sales and Construction. 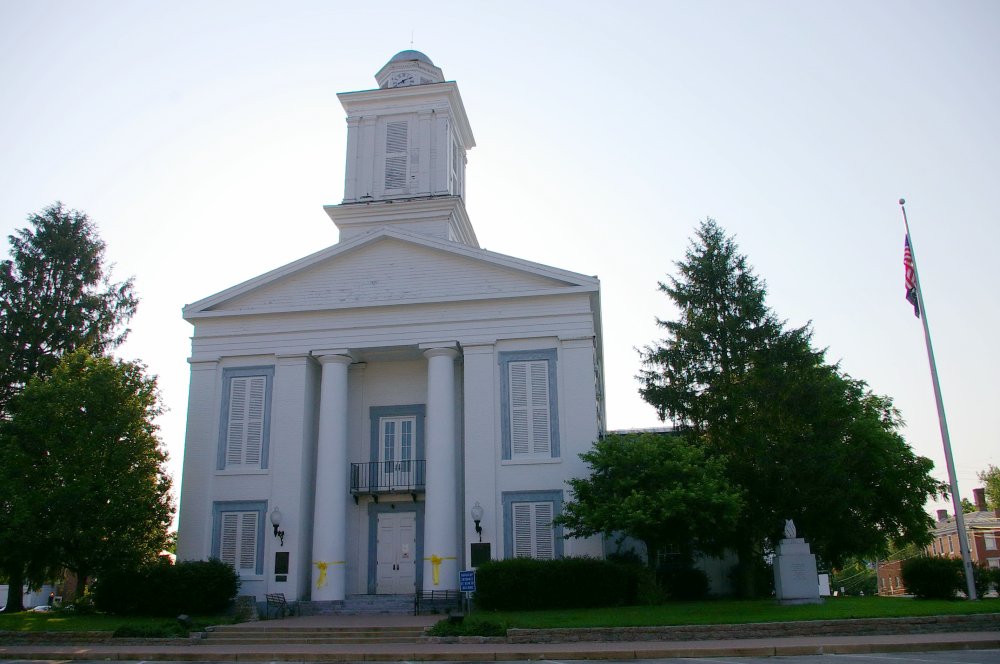 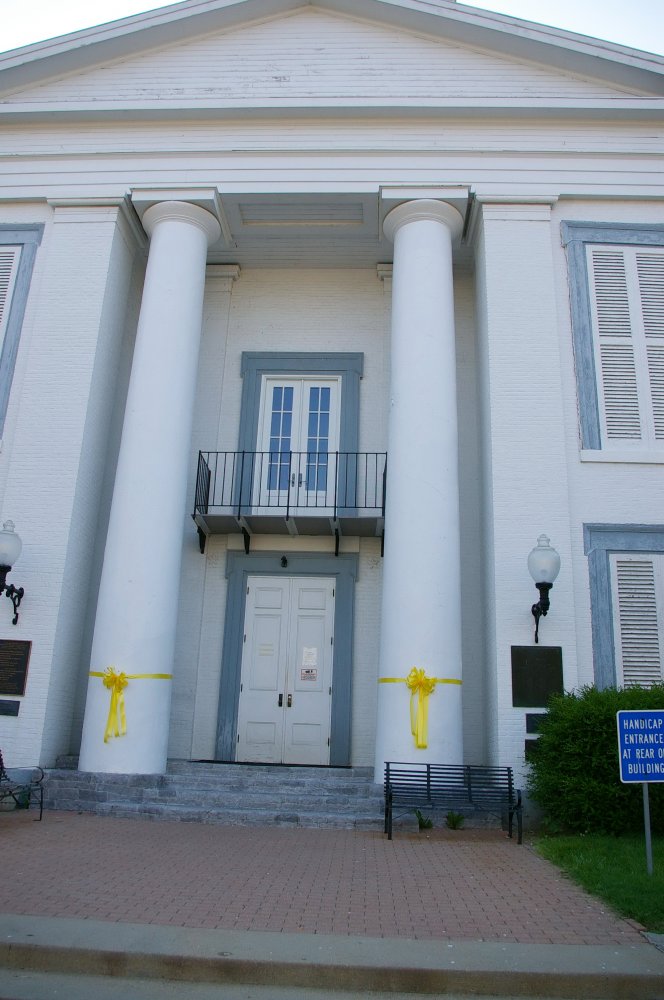 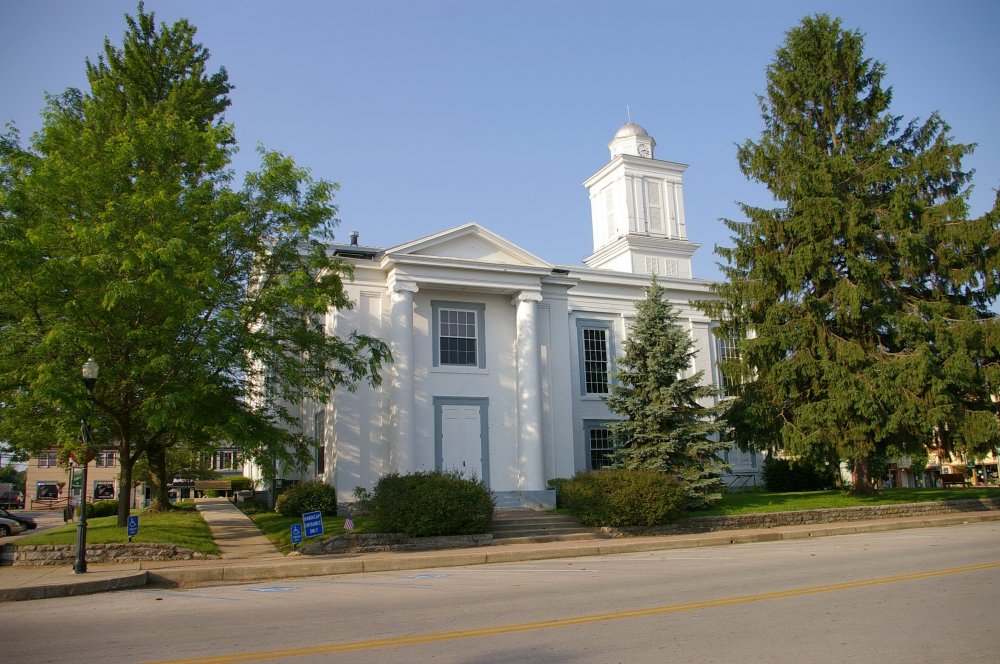 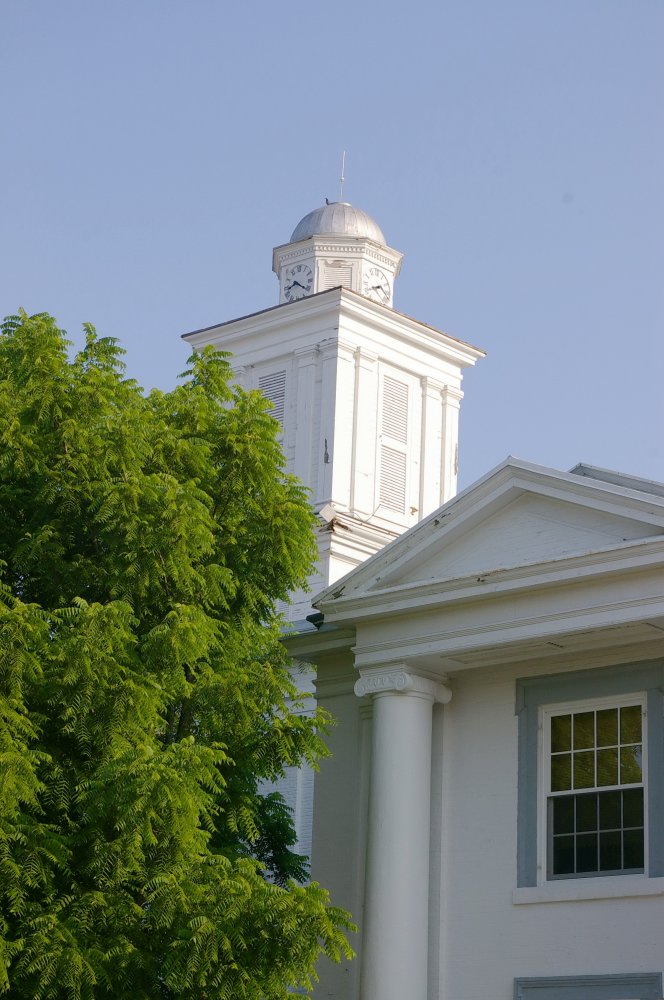 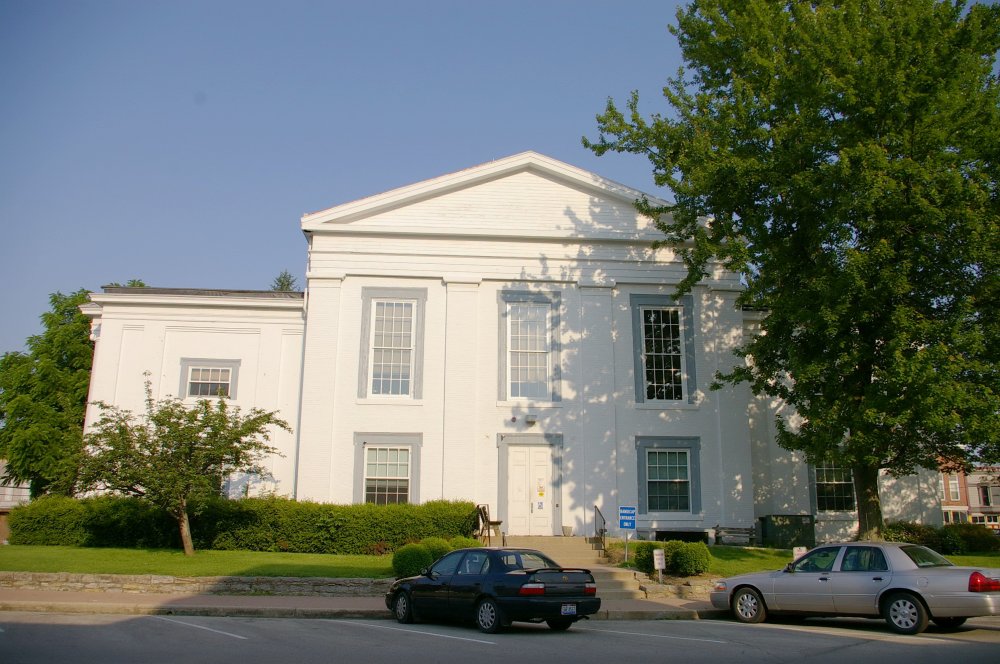 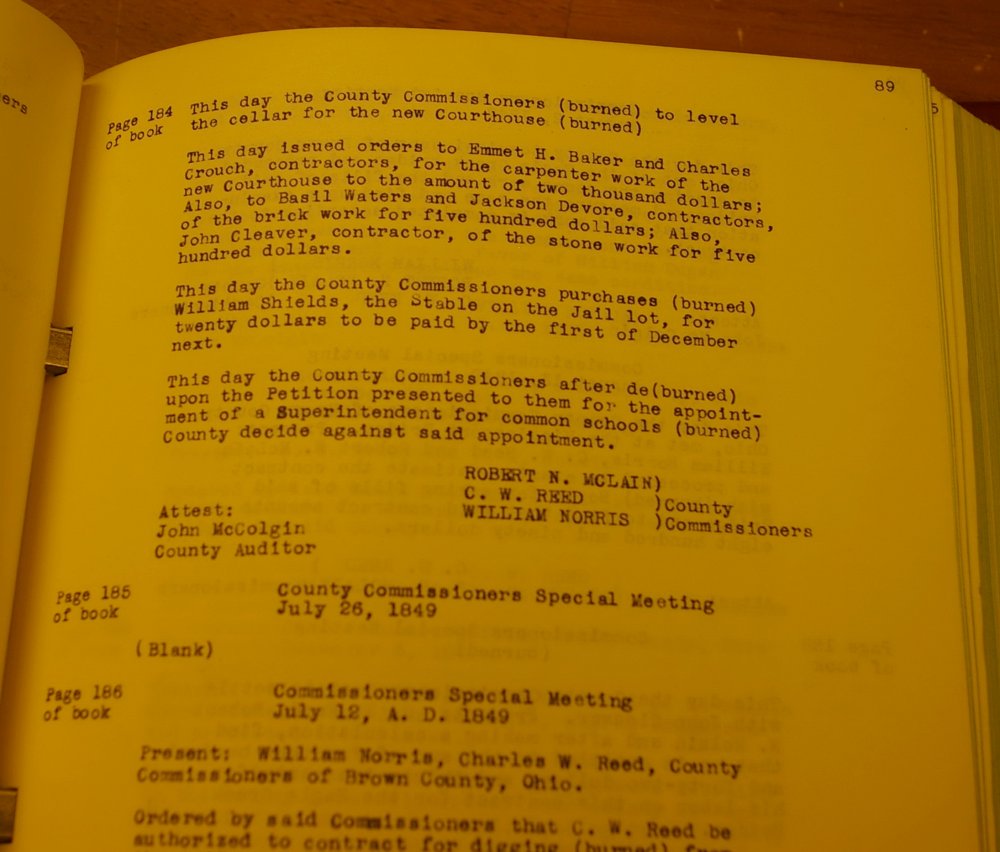