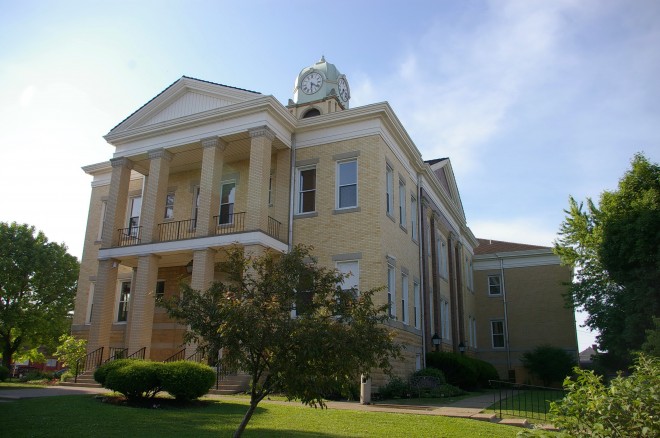 Adams County is named for John Adams, who was the second President of the United States. 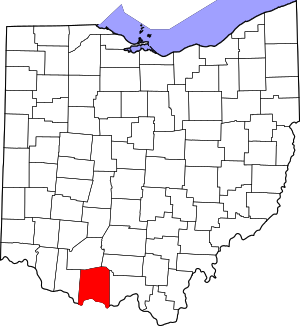 Description:  The building faces south and is a two story buff colored brick and concrete structure. The building is located on landscaped grounds in the center of West Union. The south front has a portico with four square brick pillars rising to a pediment. On the roof is a square clock tower with green colored dome. The building houses the County Court of Common Pleas and County Court. An addition was added on the north side in 1973 to 1974. The architect was Hayes, Donaldson, Wittenmyer & Partners and the contractor was Don King Construction Company. 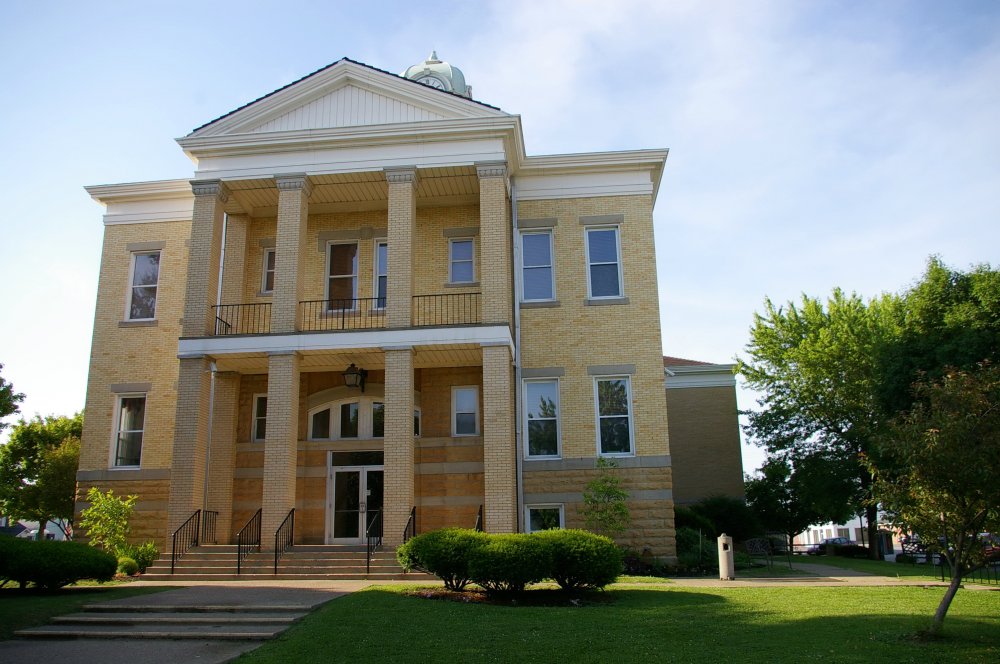 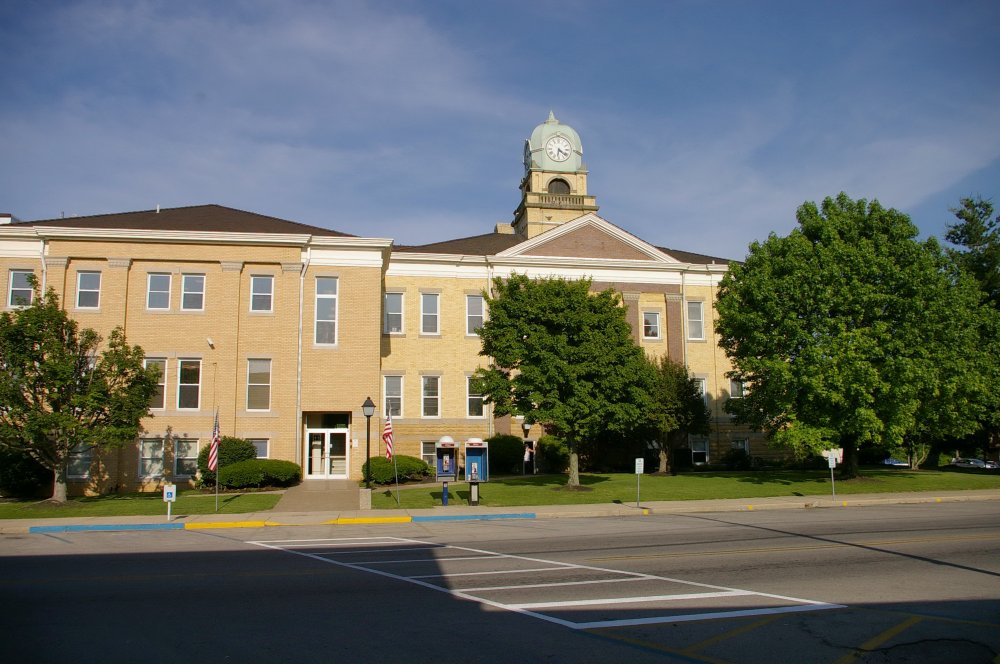 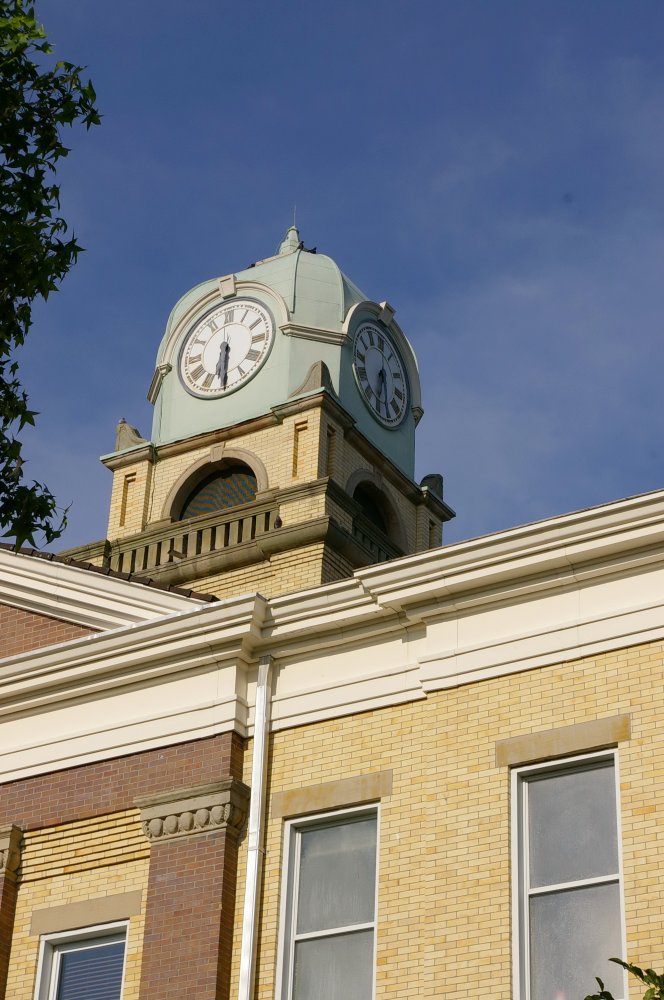 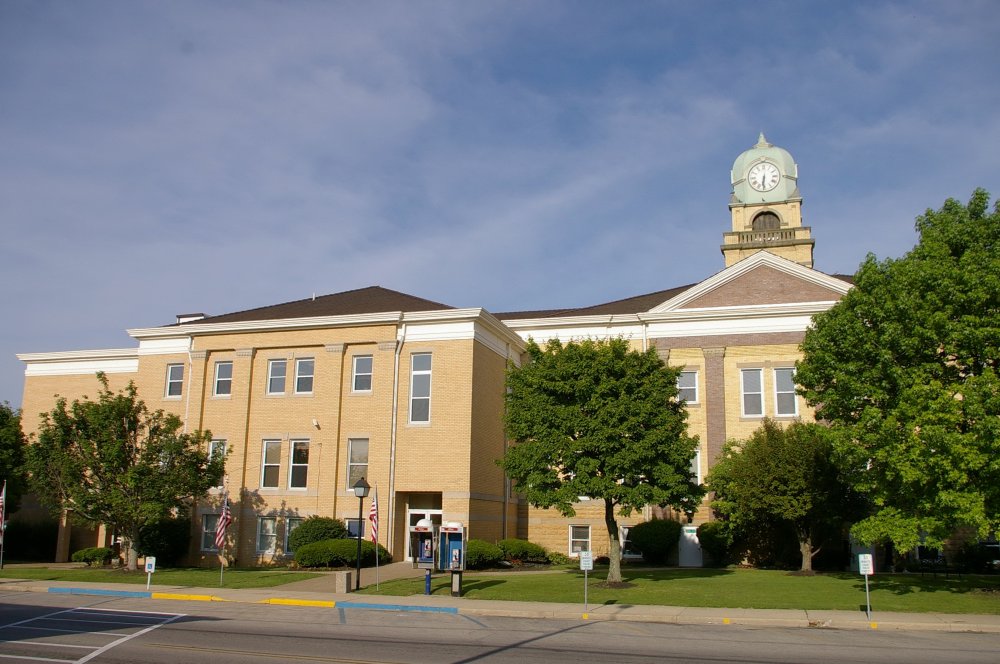 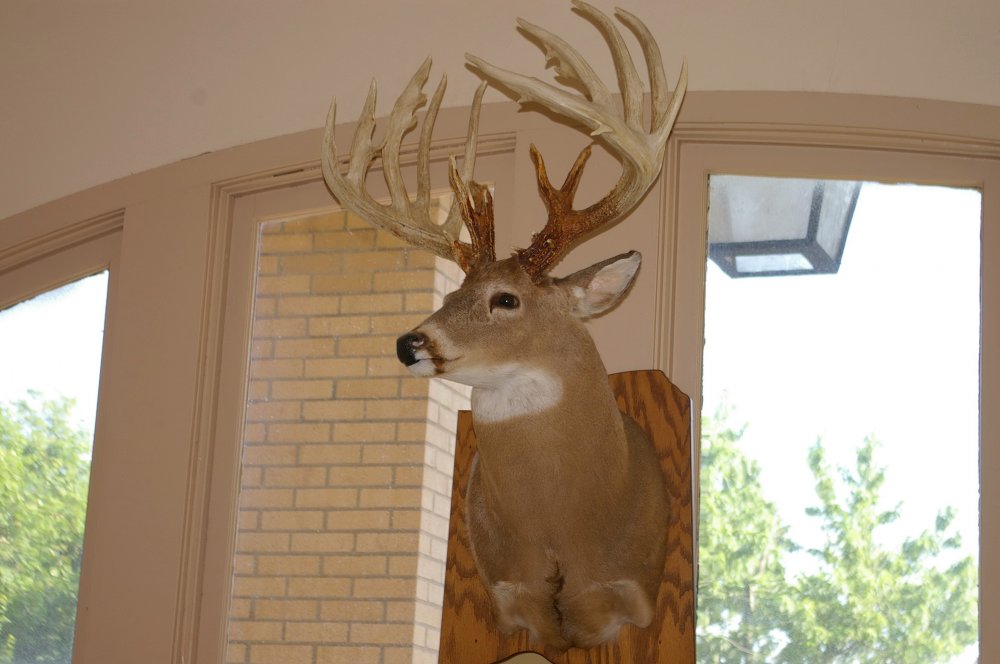 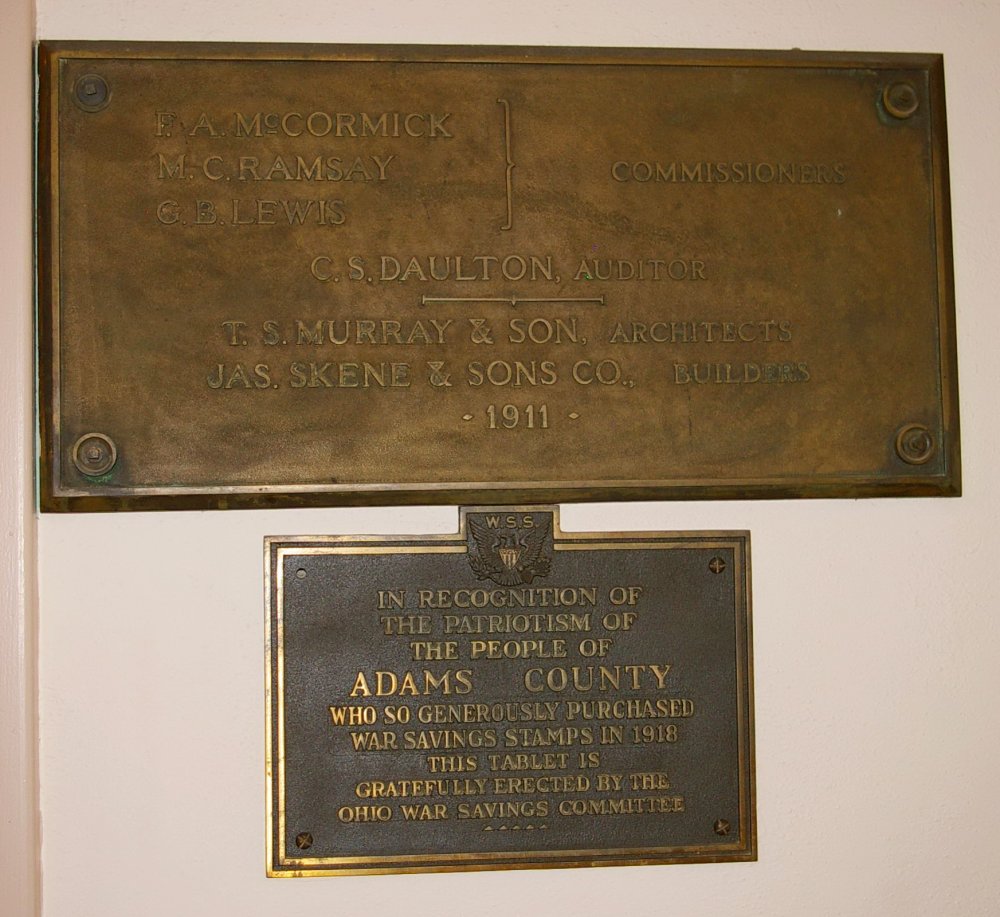 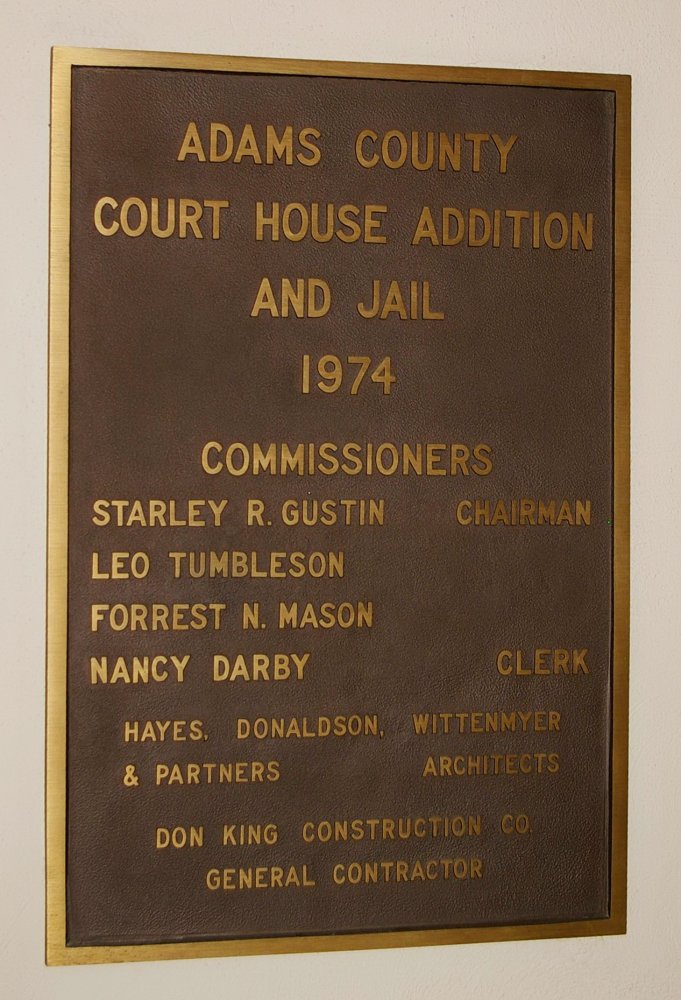