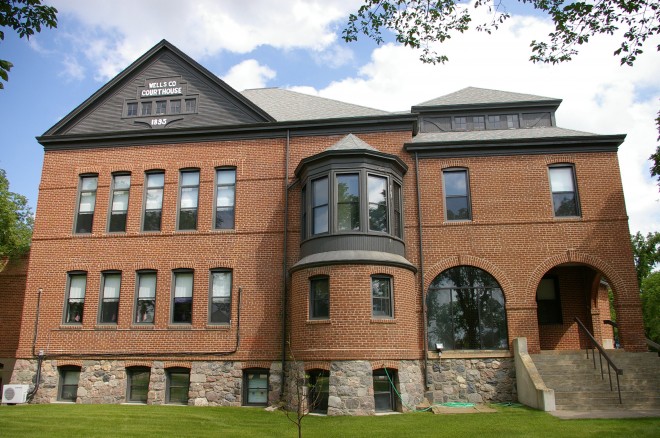 Wells County is named for Edward Payson Wells of Jamestown, North Dakota (1847-1936), who was a banker and early promoter of the James River Valley as well as a member of the legislature.

Description:The building faces west and is a two story red colored brick structure. The building is located on landscaped grounds in the center of Fessenden. The building has a course stone base. On the west side, the entrance towards the south has two arches on the west and one arch on the south with a recessed doorway. In the center is a turret with glass on the second story. The north side of the front, has a peaked roof. The roof is hipped with soaring, parapeted chimneys. The second floor contains the courtroom, which features plaster walls and ceiling; lawyers’ railing with turned balusters and newels; jury box with early models of swivel armchairs upholstered in brown leather; and a carved and paneled judge’s bench. The building houses the County District Court of the Southeast Judicial District.

Note:  The brick was manufactured by the H T Von Wagoner Company in Minot and the lumber was obtained from W E Cooke of Harvey. Others involved in the project were D McDonald, superintendent of construction, E A Folendorf and John Swanson, basement excavation, E J Makinson, head bricklayer, Joe Buck, lathing, W M Cahill, plastering and George A Herald., furnishings. 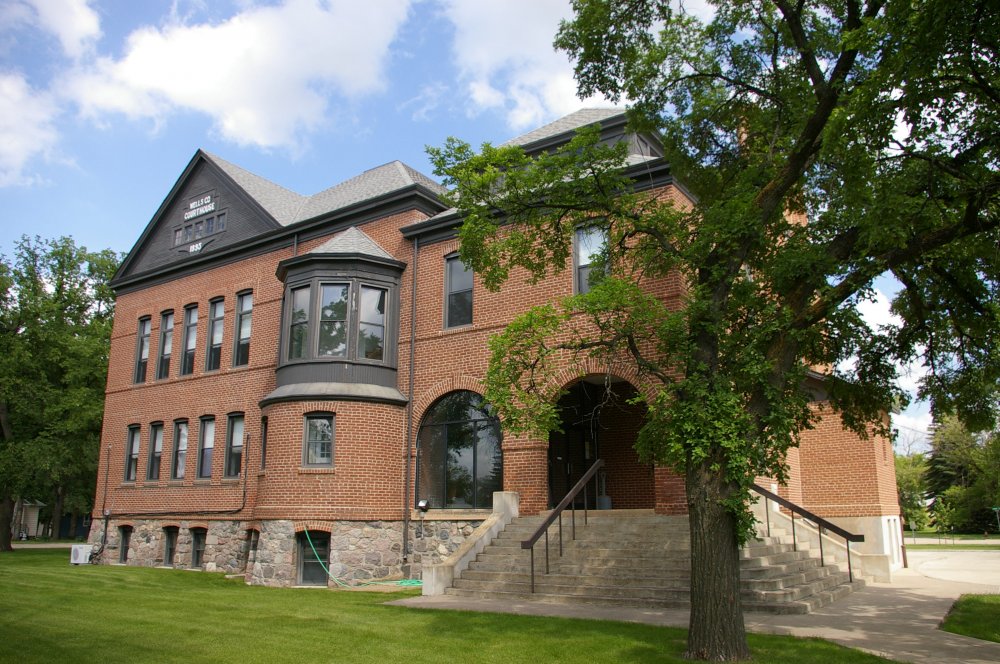 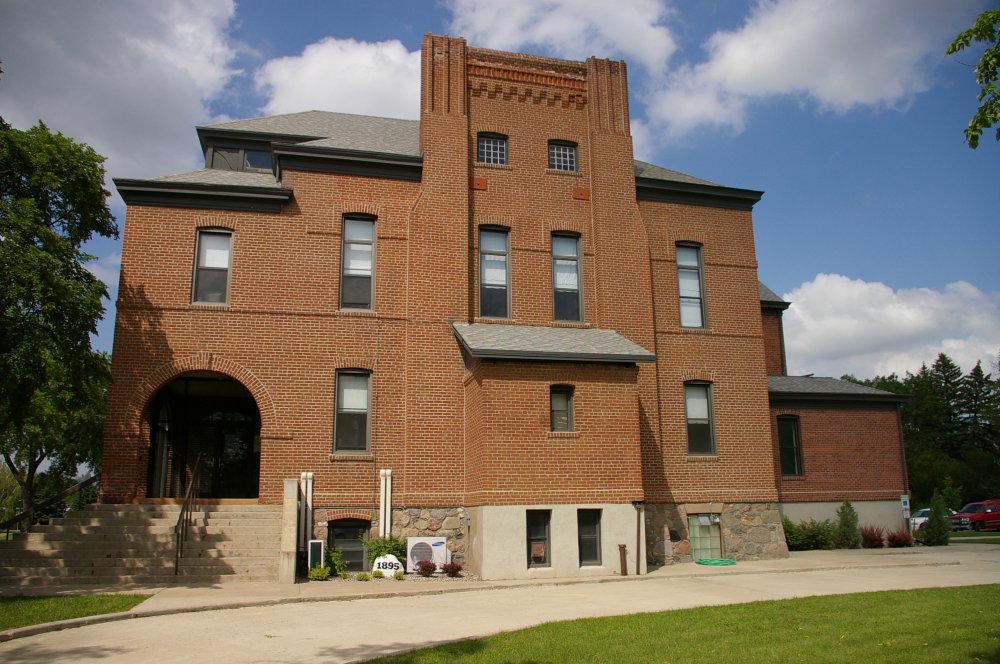 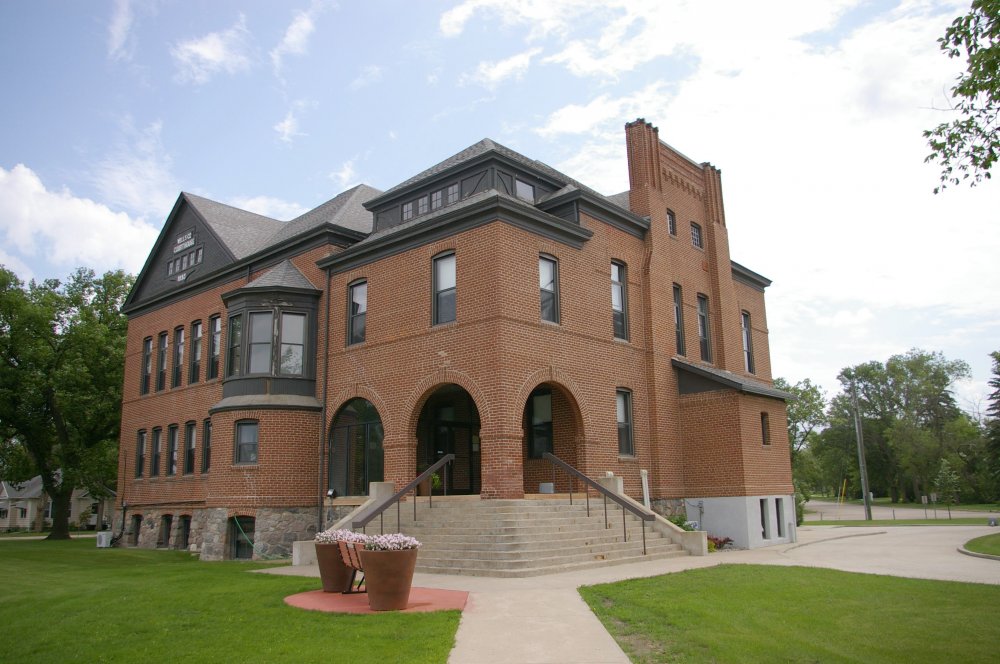 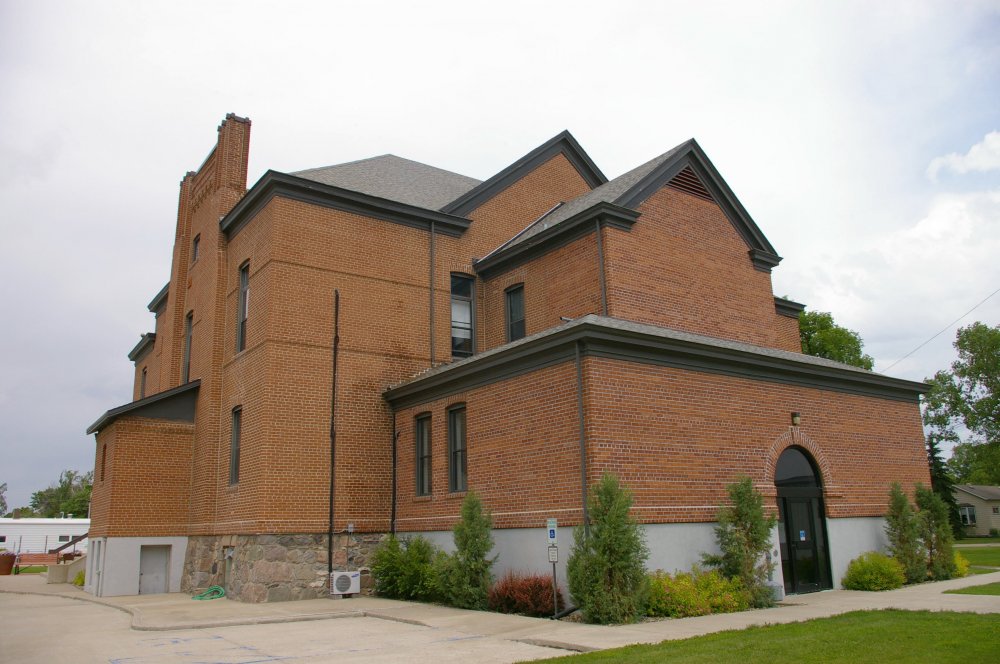 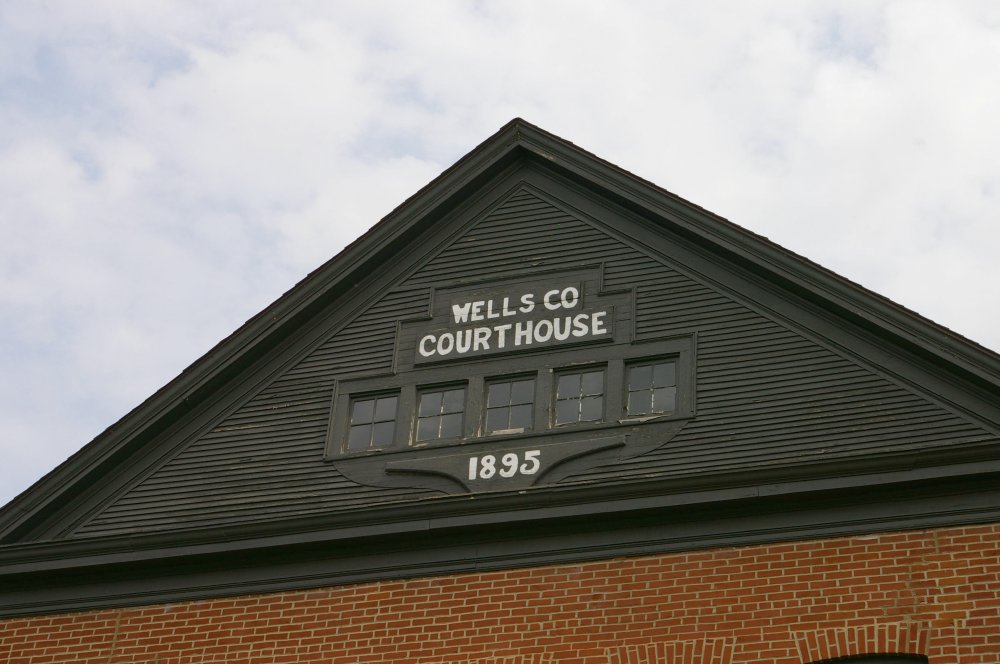 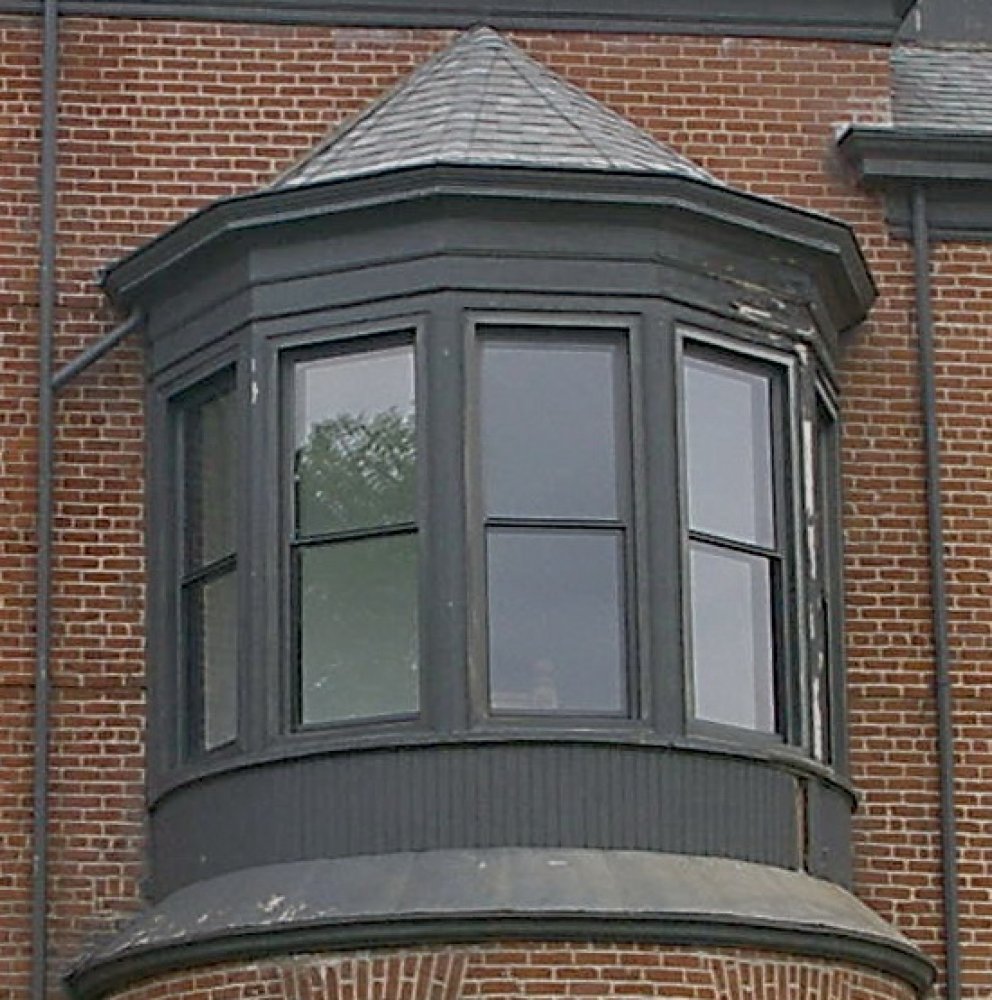 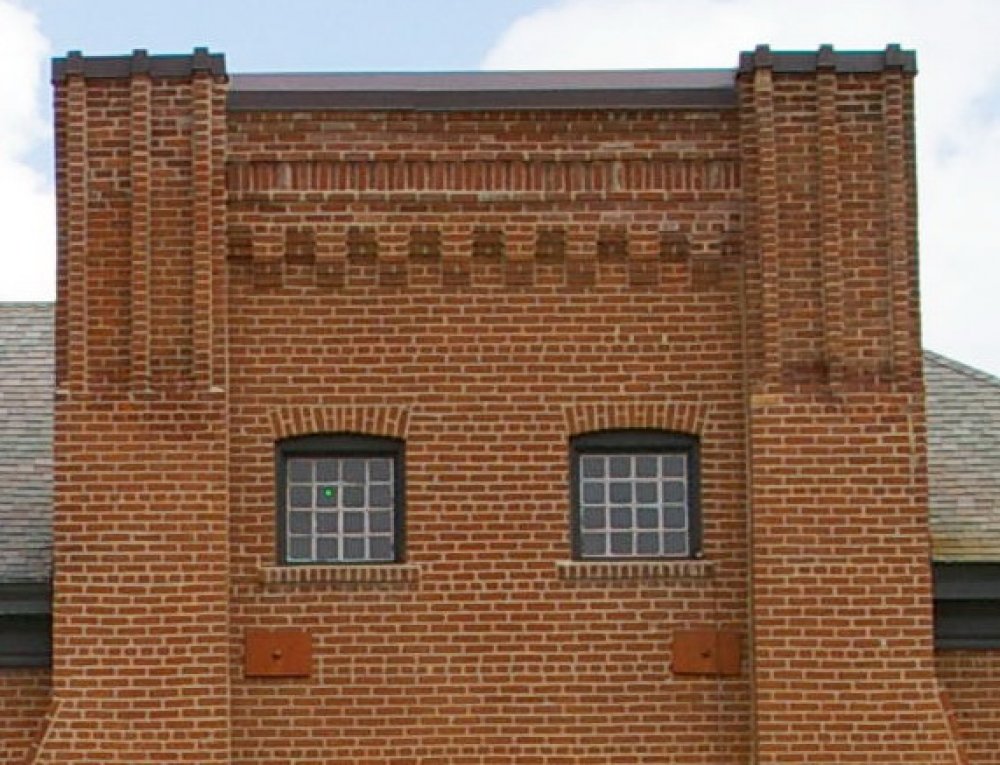 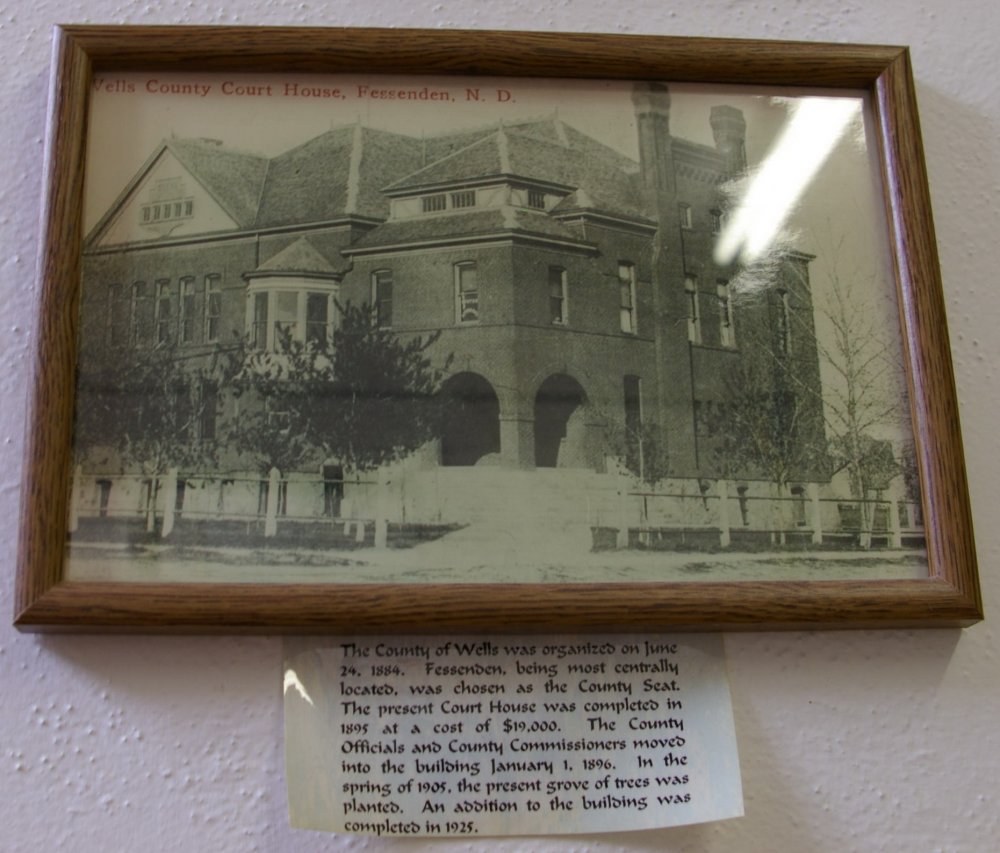