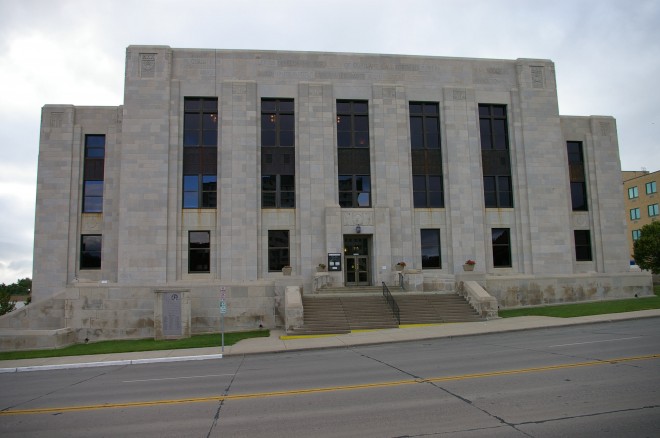 Ward County is named for Mark Ward ( 1844-1902 ) of Kimball, Brule County, South Dakota, who was the chairman of the House committee on counties. 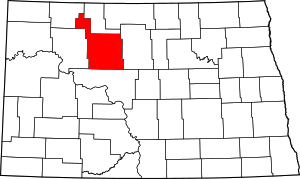 Description:  The building faces west and is a three story white-gray colored limestone structure. The building is located in the center of Minot. On the second and third stories are long narrow windows. The west front has an entrance area and steps of stone. The entrance doorway is small. The north and south wings extend from the building. The roof line is flat.

History:  The county first met in a store and schoolhouse in 1886. The first courthouse was built by Herman Christianson in 1886 at a cost of $73.19 pls $12 for labor. The second courthouse

History:  The first courthouse was built by Hirant Van Wagoner in 1890. An addition was designed by W C Albrant and built in 1904. The second and present courthouse was constructed in 1929 to 1930. 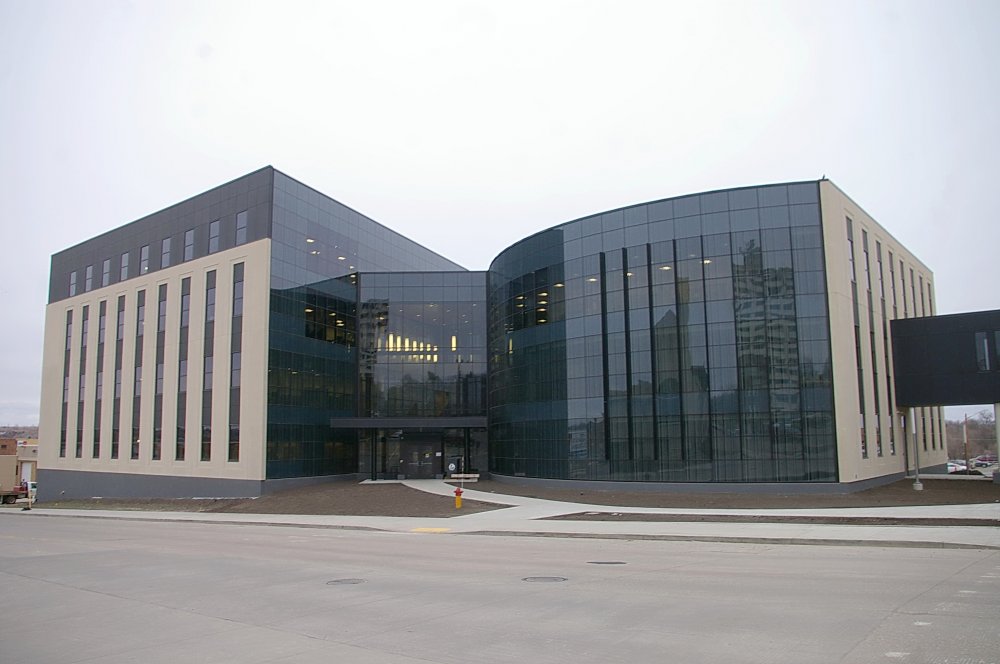 Description:  The building faces west and is a four story glass and concrete structure. The building is located in the center of Minot on the north side of the courthouse. The north section is four stories with vertical windows and the south section is three stories with curved black colored glass exterior. The section are joined by a glass atrium. The roof line is flat. The building is named as the Ward County Government Center and houses the Ward County Library. 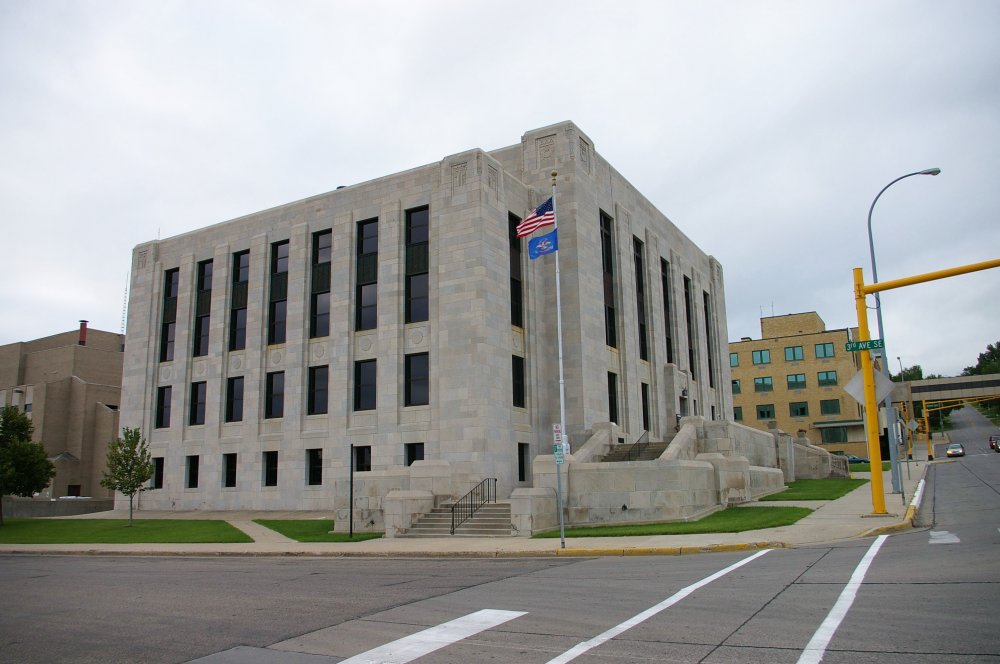 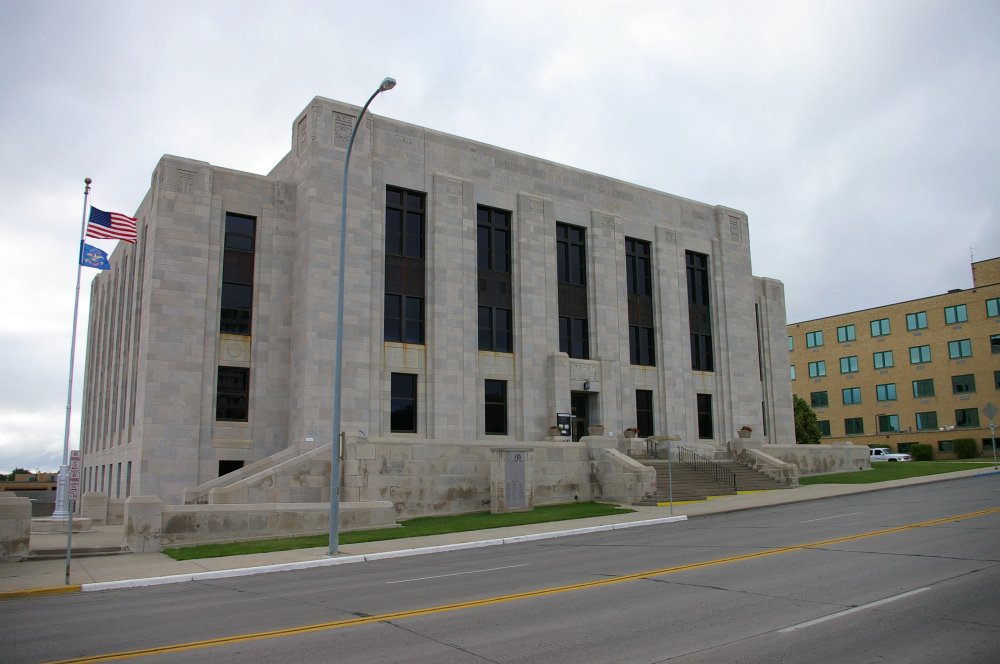 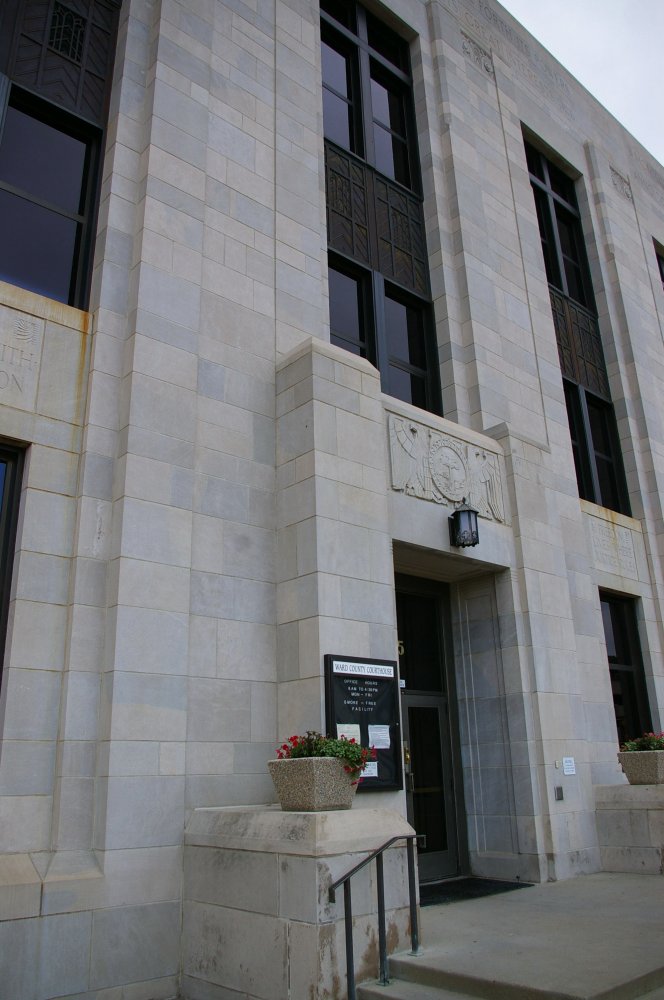 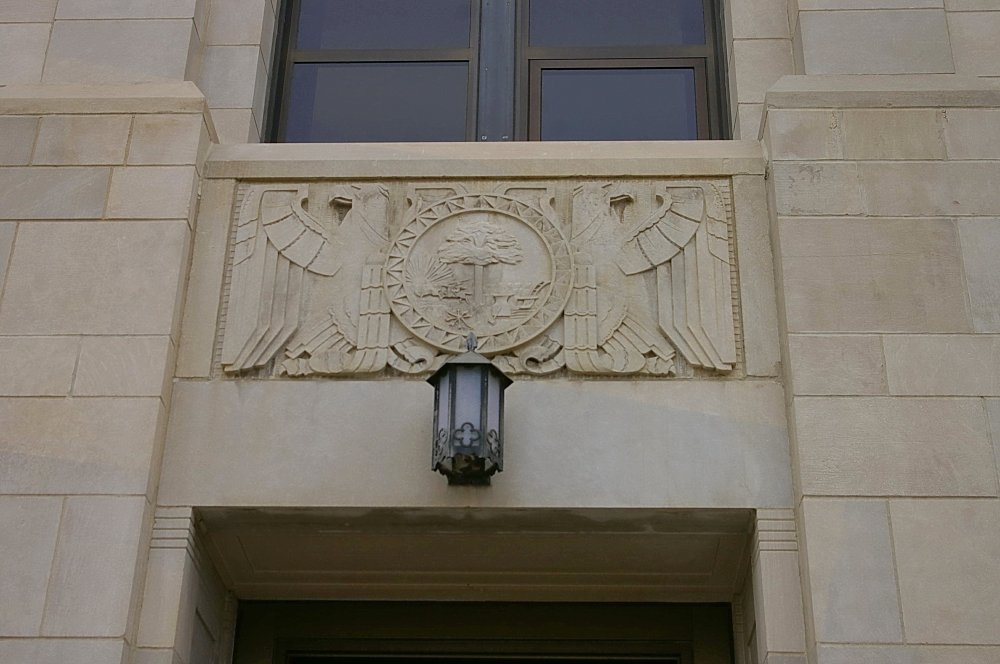 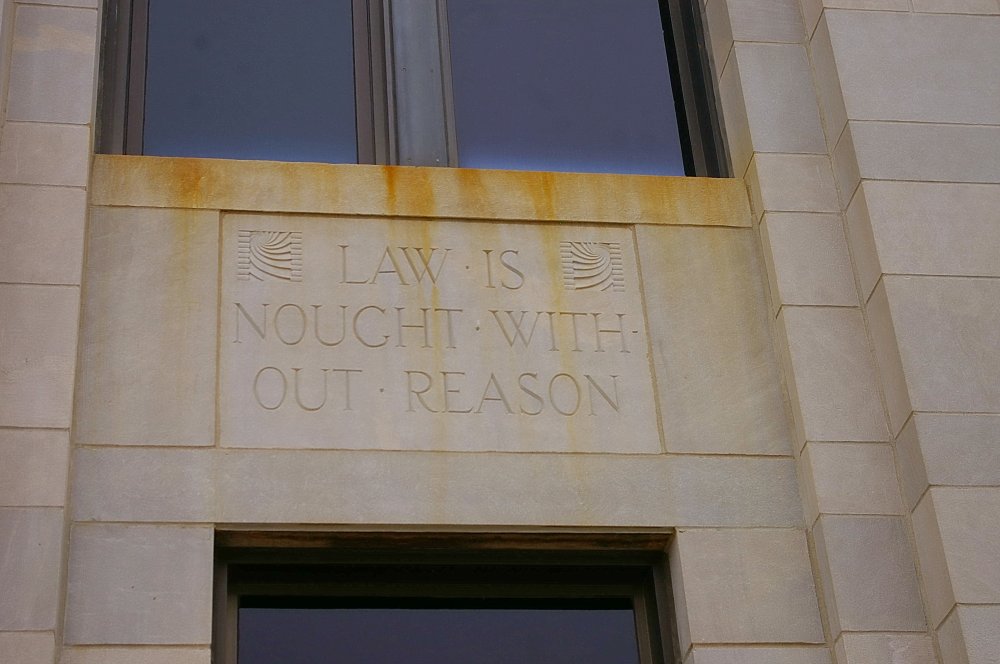 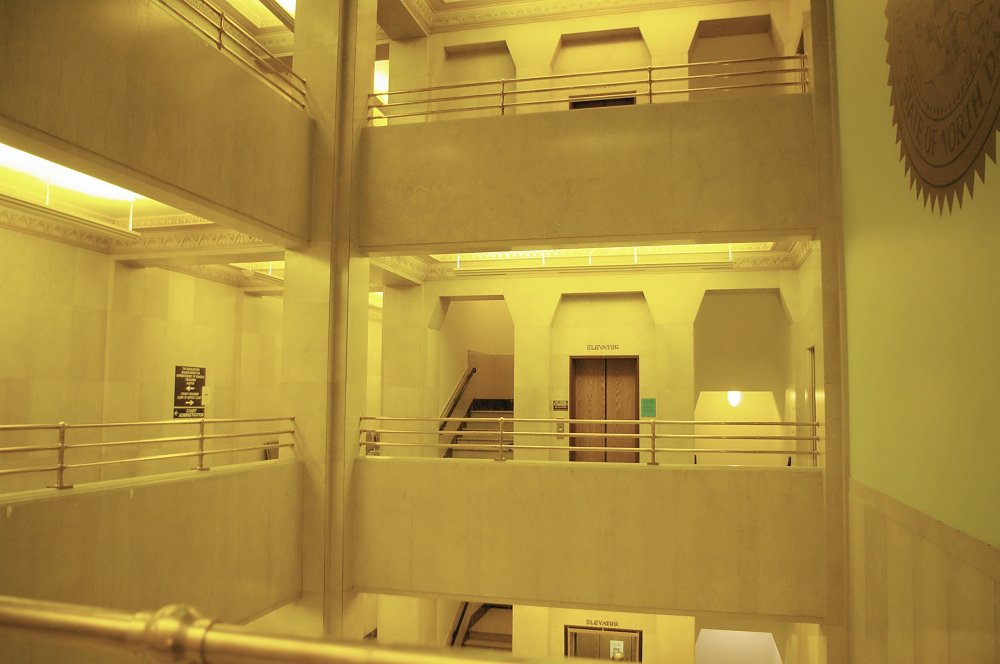 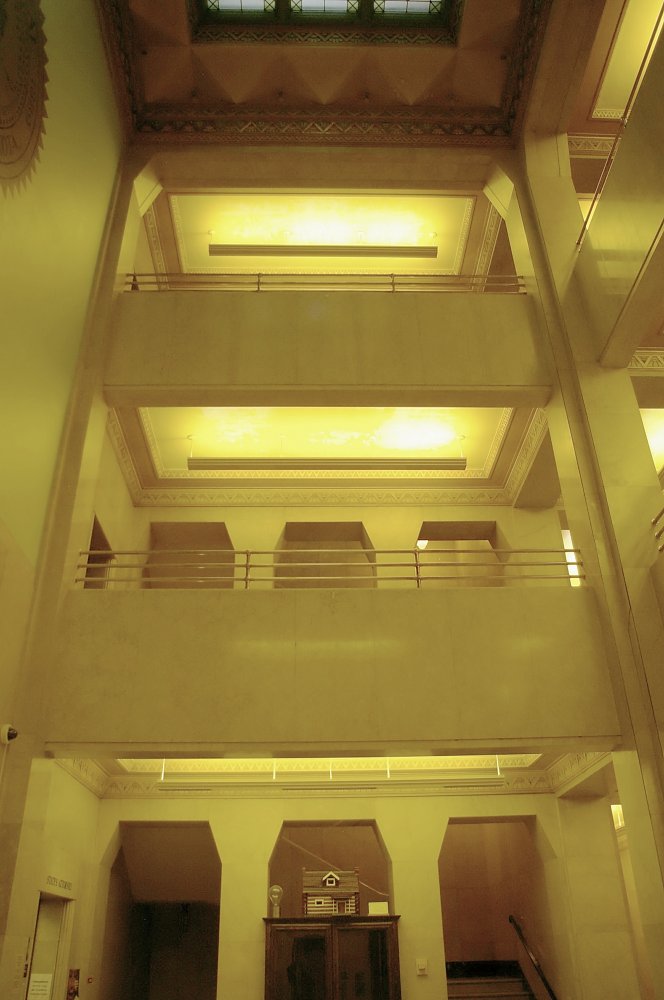 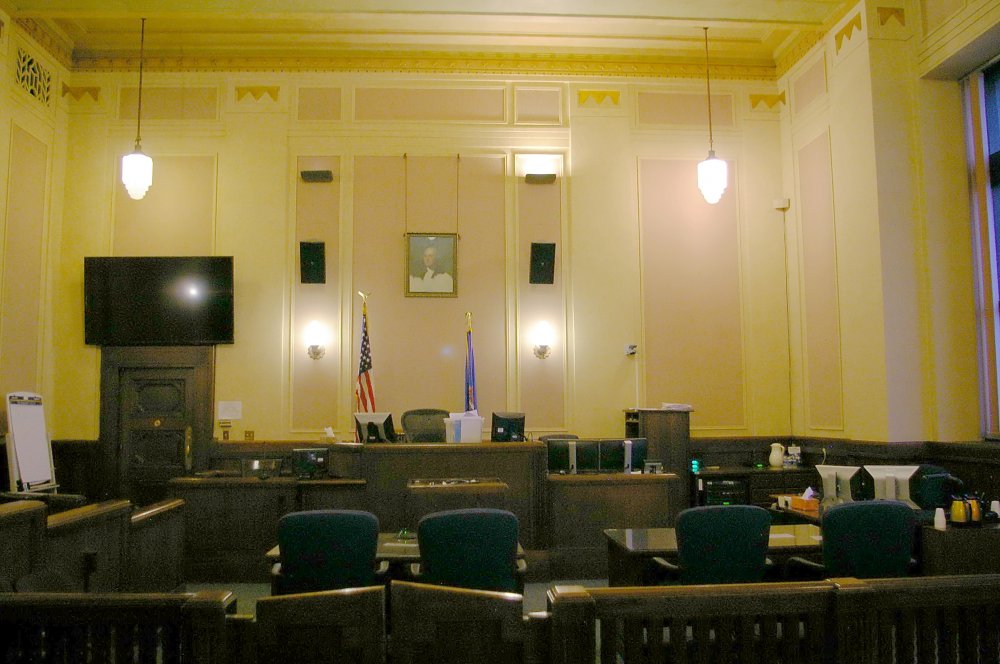