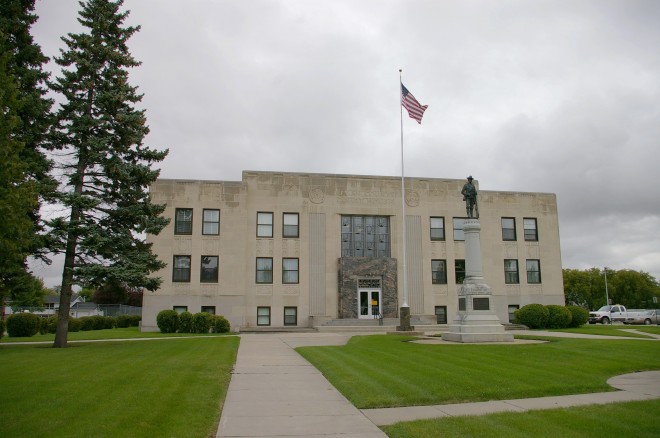 Description: The building faces west and is a three story white colored Indiana limestone and steel structure. The rectangular shaped building is located on spacious landscaped grounds on the east side of the center of Grafton. Five bays comprise the 73 feet by 114 feet building size, and the central three bays are set back and elevated slightly from the corner bays. The building’s flat roof is surmounted by a metal deck. The center part of the building is projecting with Rainbow marble from St. Cloud, Minnesota forming a large frame for the front door. Aluminum is used in the front doors and the exterior grill work above. The building rests on a stone basement. A diverse collection of metals, woods, and marble decorate the building. Other decorative elements on the building’s exterior include recessed fluted pilasters topped by medallions, both of which flank the front door, and ornamental spandrels.  Aluminum is used on the top half of the interior stairway rails. Montana Travertine marble sheaths the interior corridor and walls and bottom half of the stair rail; terrazzo covers the floors. Tennessee gray marble pilasters are found throughout the second floor corridor. The large County District Court courtroom is located on the east side of the third story with the judge’s bench being a composite of Brazilian Rosewood and White African Zebrawood inlays. Benches are an African walnut with red birch inlays. The building houses the County District Court of the Northeast Judicial District. A one story  addition was attached on the east side in 1980. 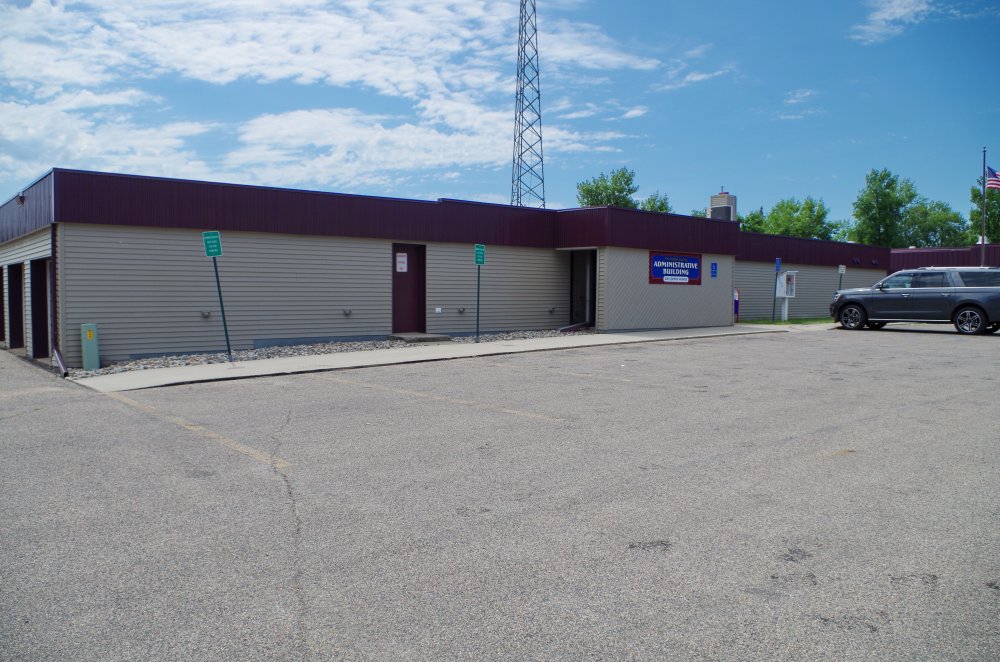 History:  The county was created in 1881 and Grafton was designated as the county seat. The first courthouse was a two story building designed by F C Corser and built by McNicol & McAdam in 1886. The second and present courthouse was constructed in 1940 to 1941. 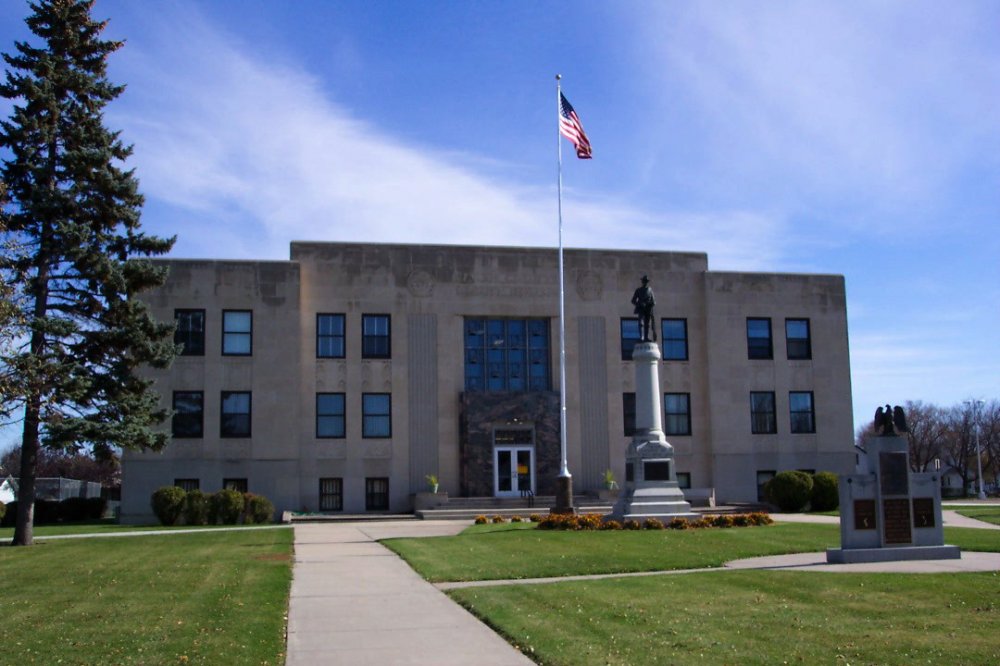 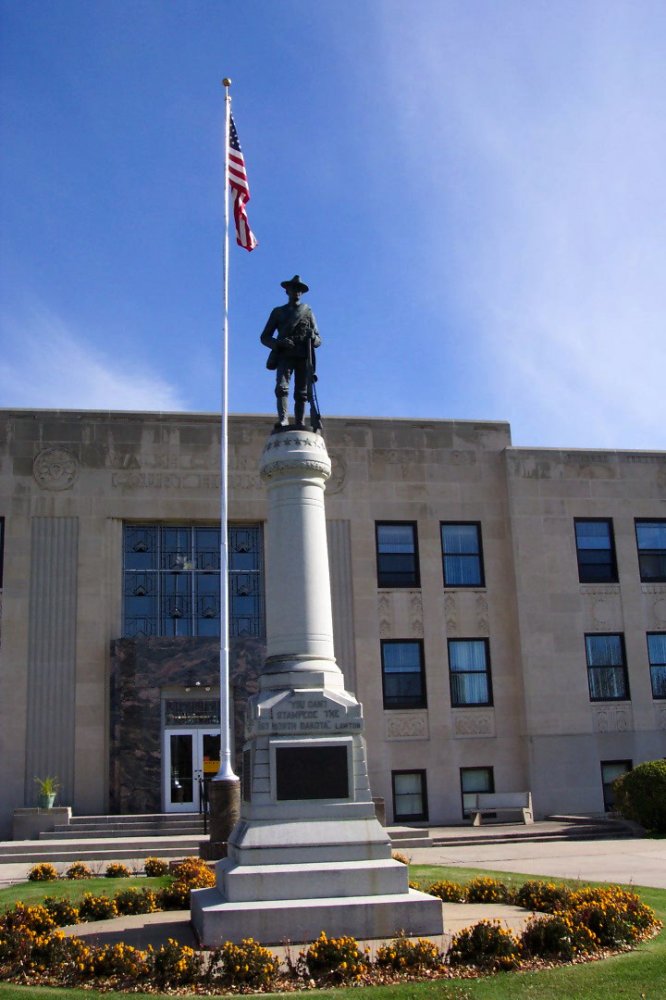 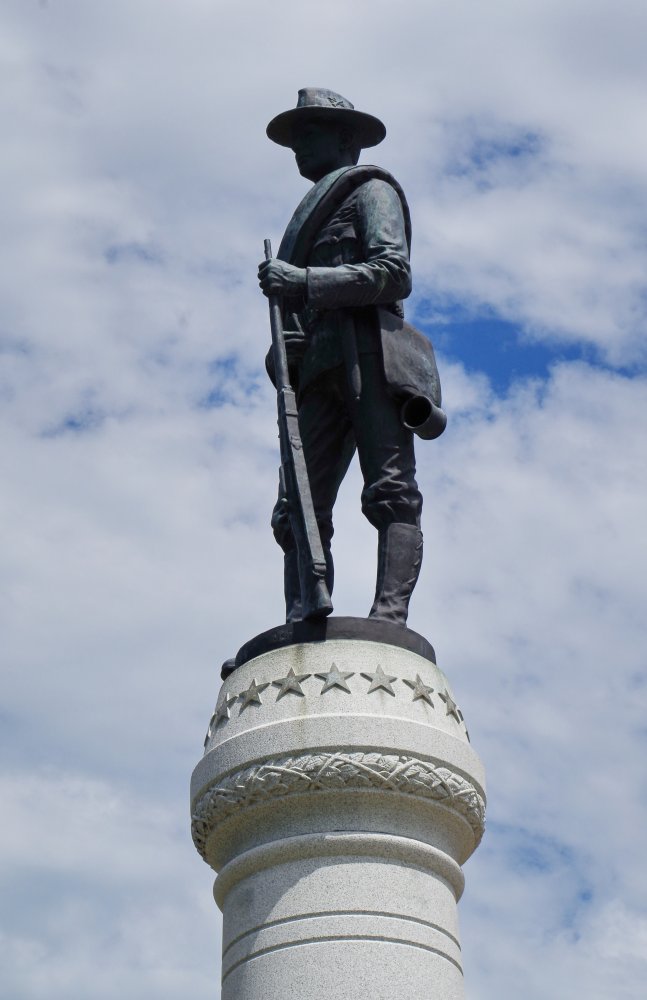 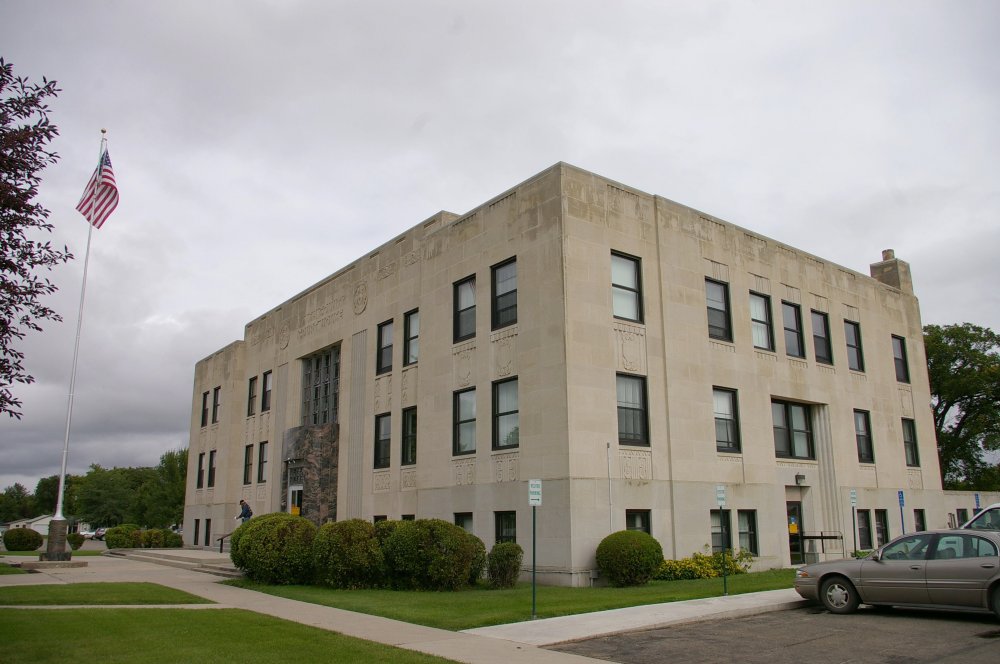 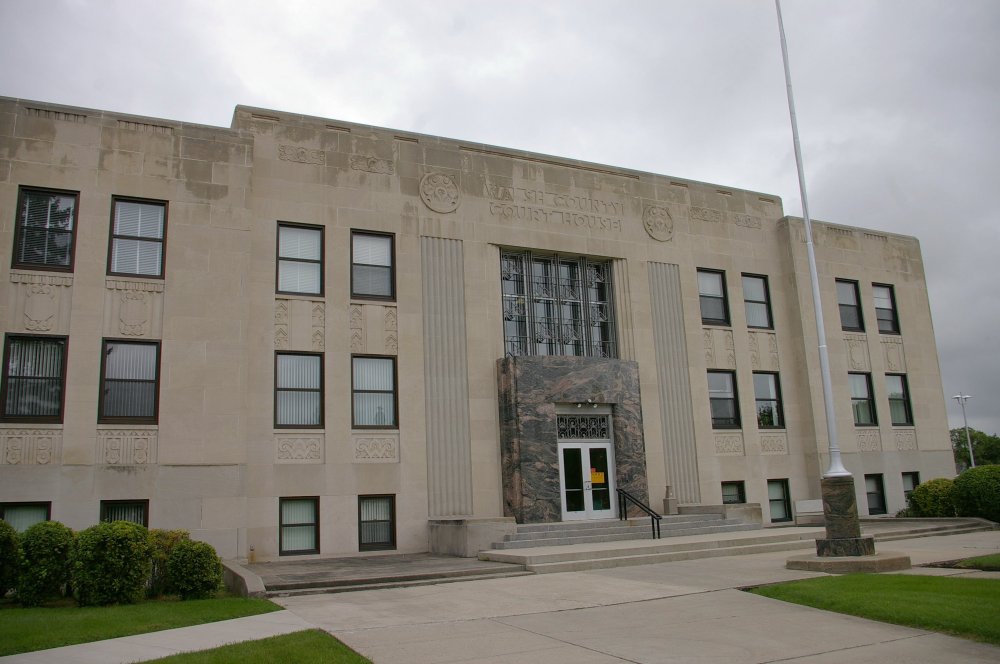 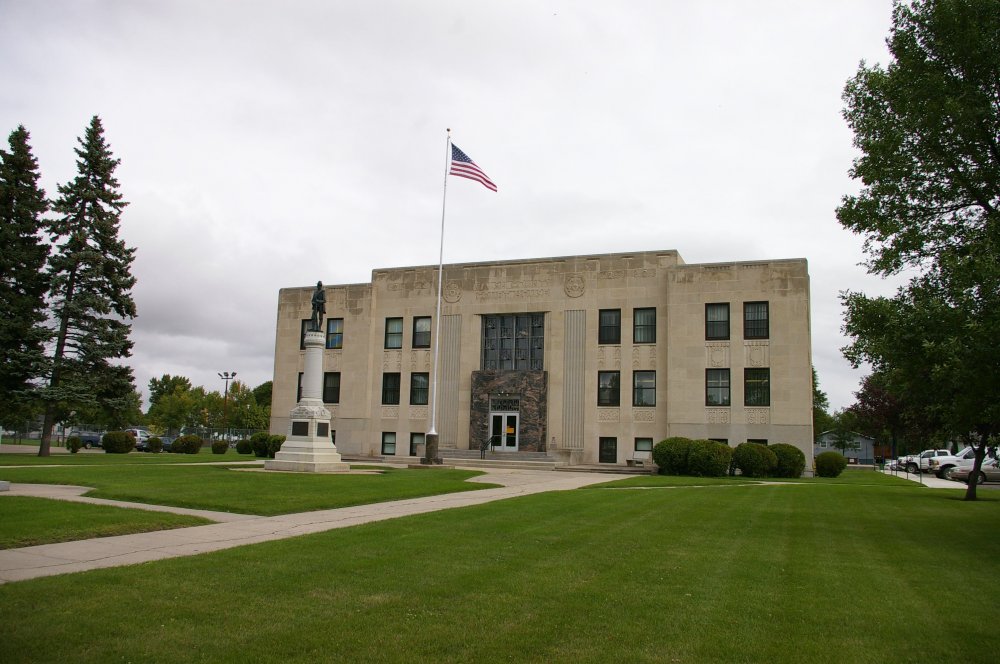 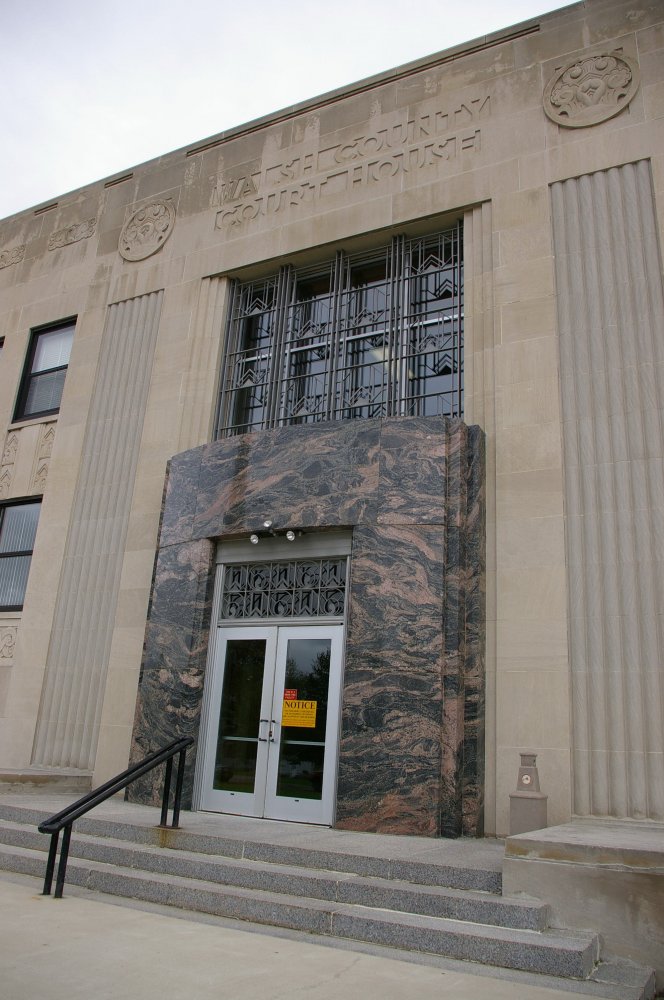 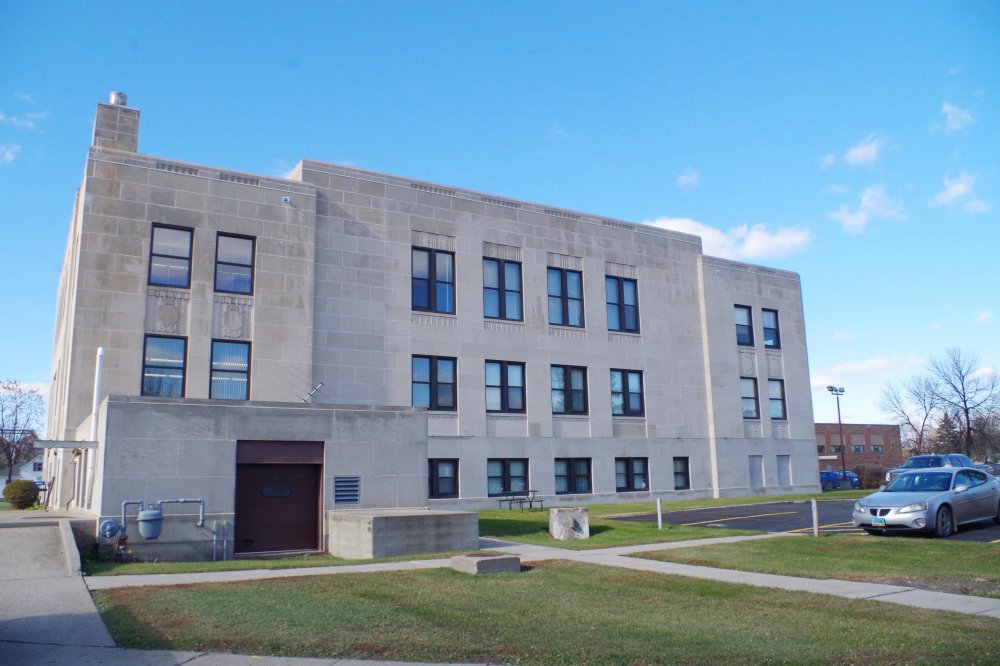 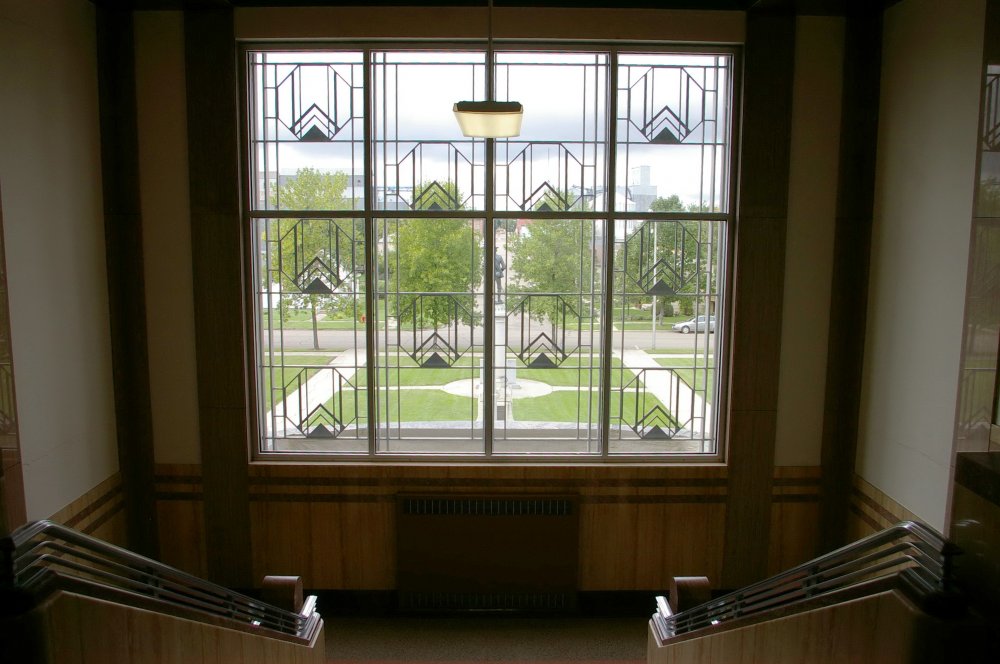 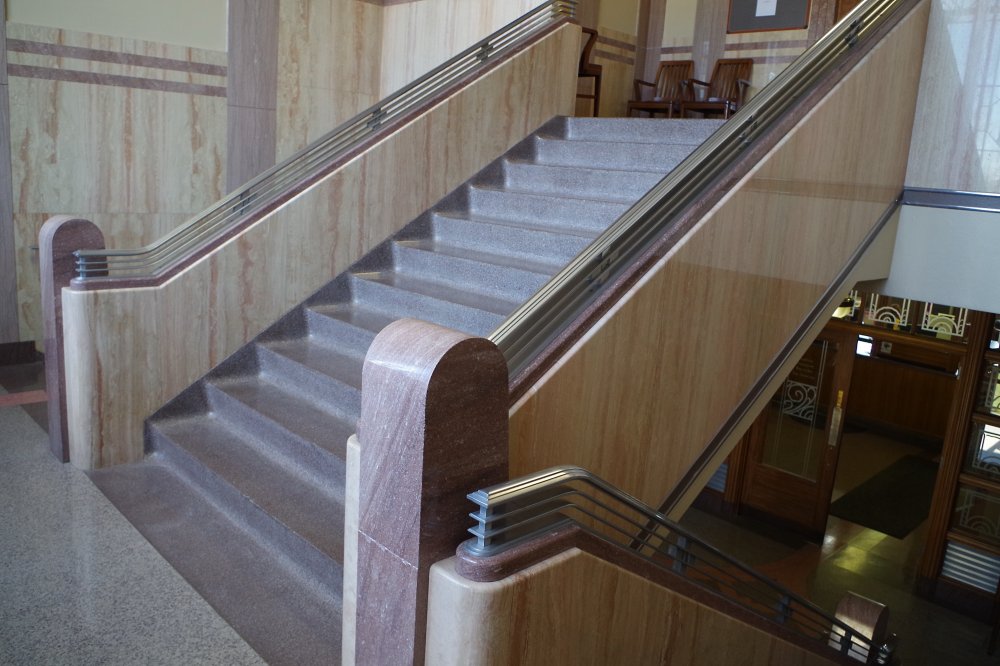 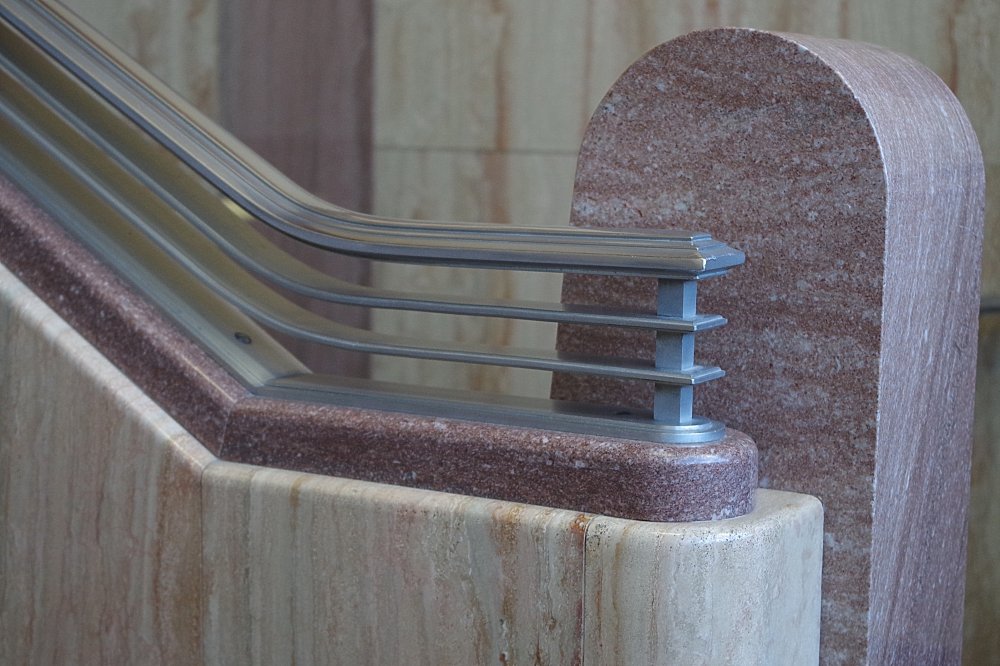 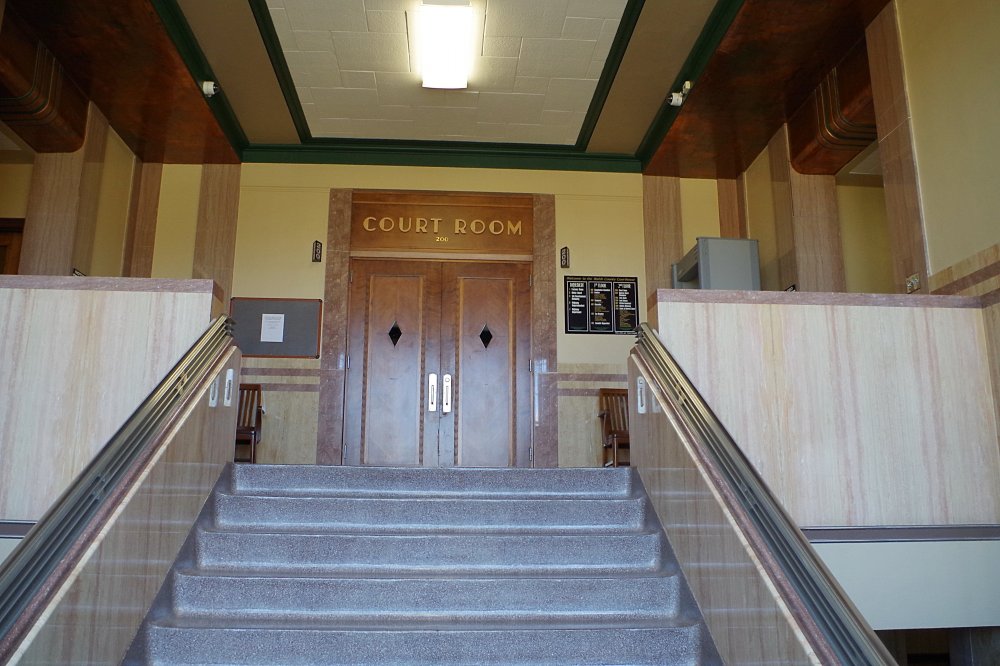 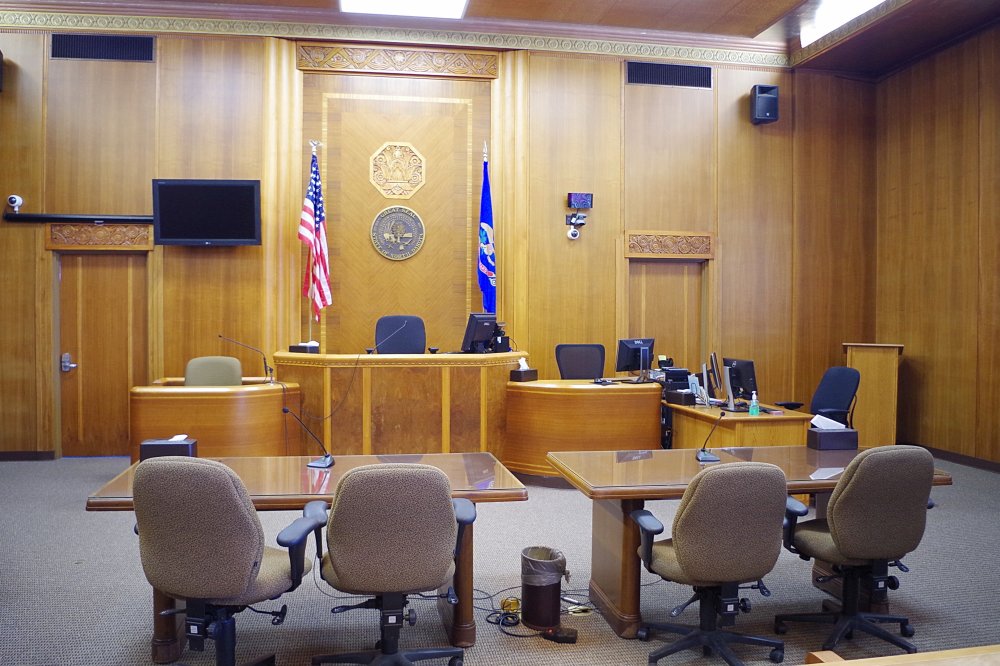 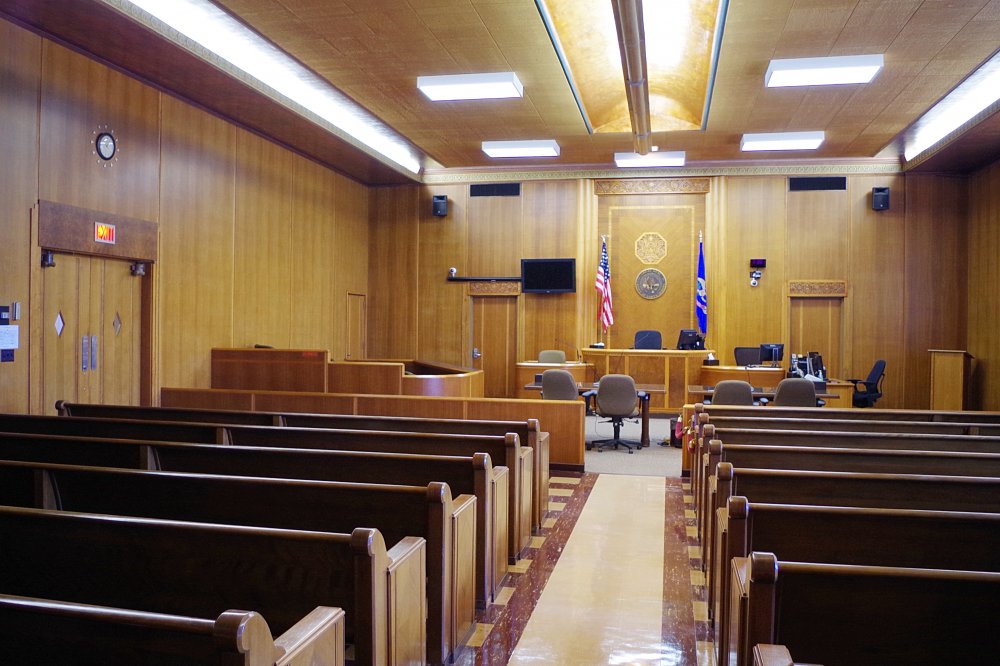 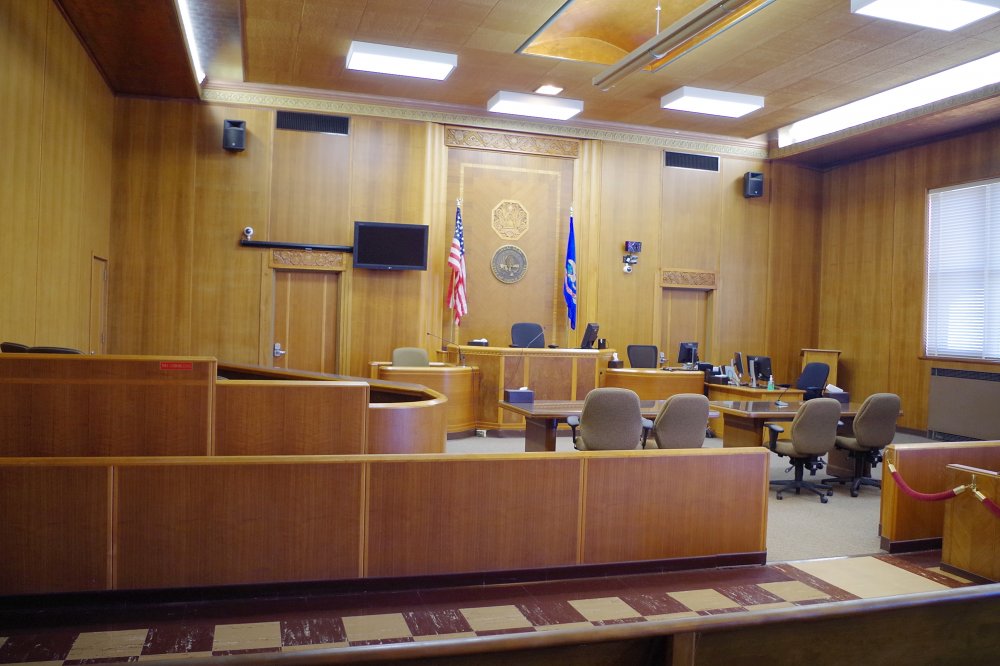 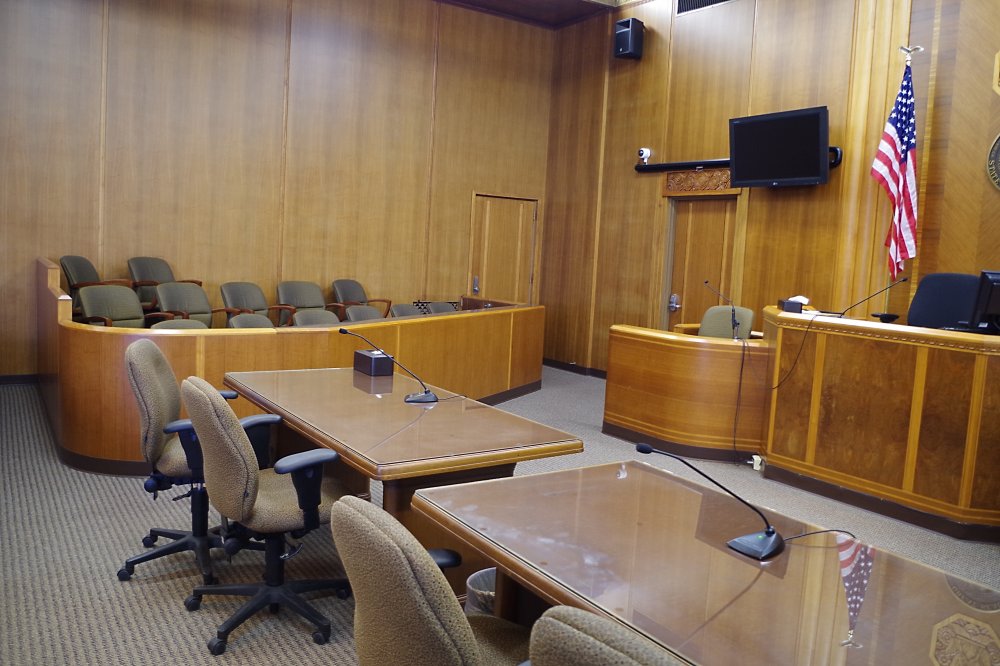 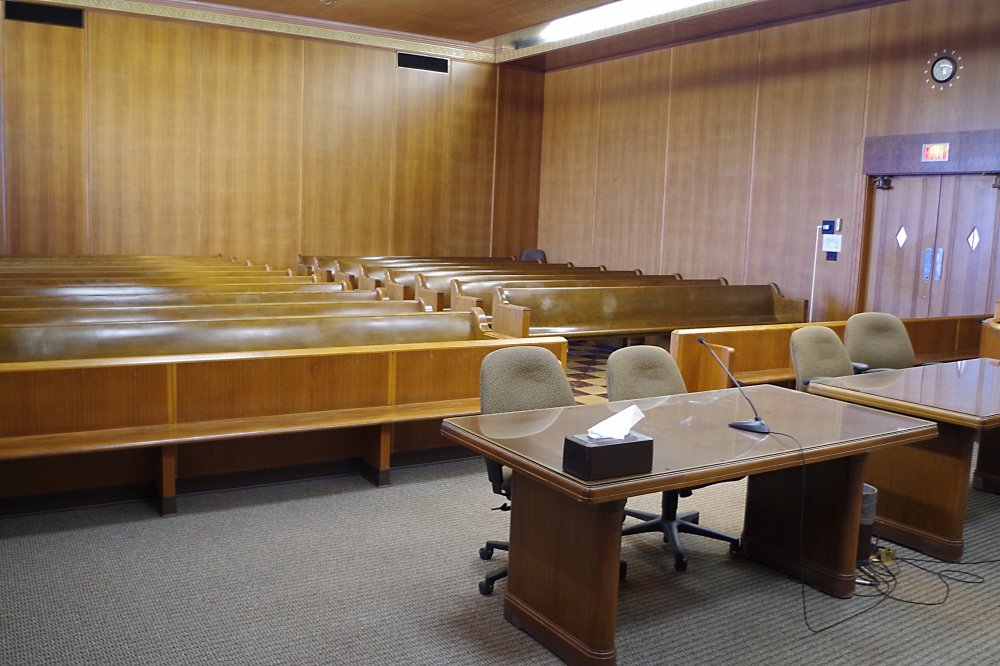 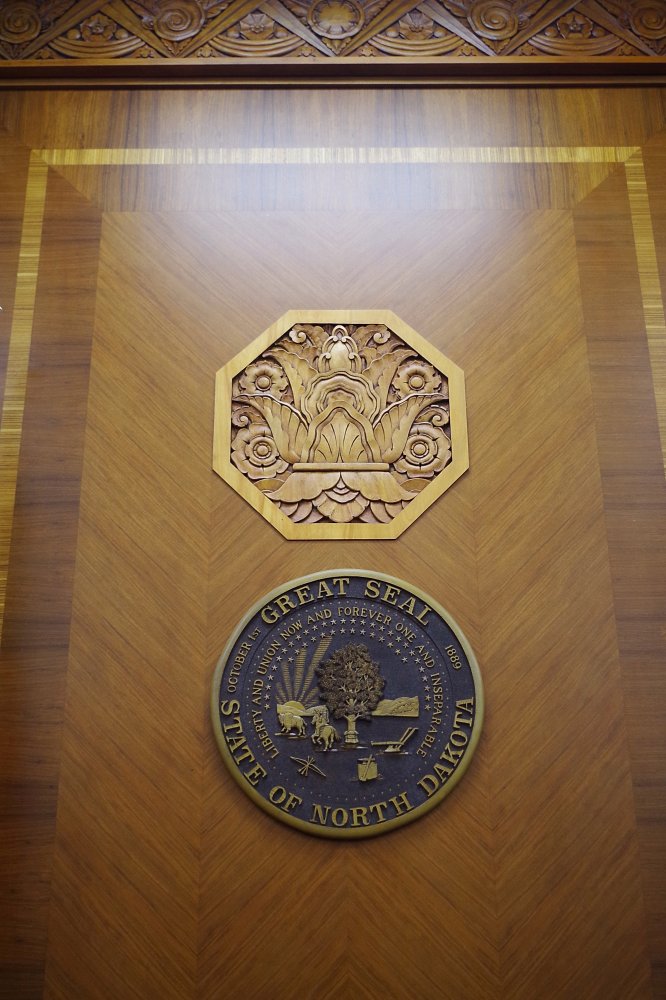