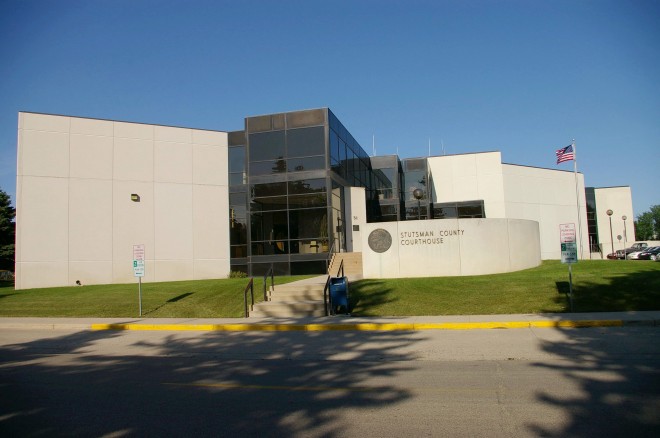 Stutsman County is named for Enos Stutsman of Yankton, South Dakota and Pembina, North Dakota ( 1826-1874 ), who was a powerful political leader in the early days of the Dakota Territory despite being severely handicapped with badly deformed legs.

Description: The building faces west and is a two story concrete and glass structure. Landscaped grounds surround the building and the old courthouse at the northeast corner of the grounds in the center of Jamestown. The building juts out with sharp angles. There are no windows but large dark glass sections are along the east entrance. The roof line is flat. The second story has two courtrooms along the south side. The building houses the County District Court of the Southeast Judicial District. 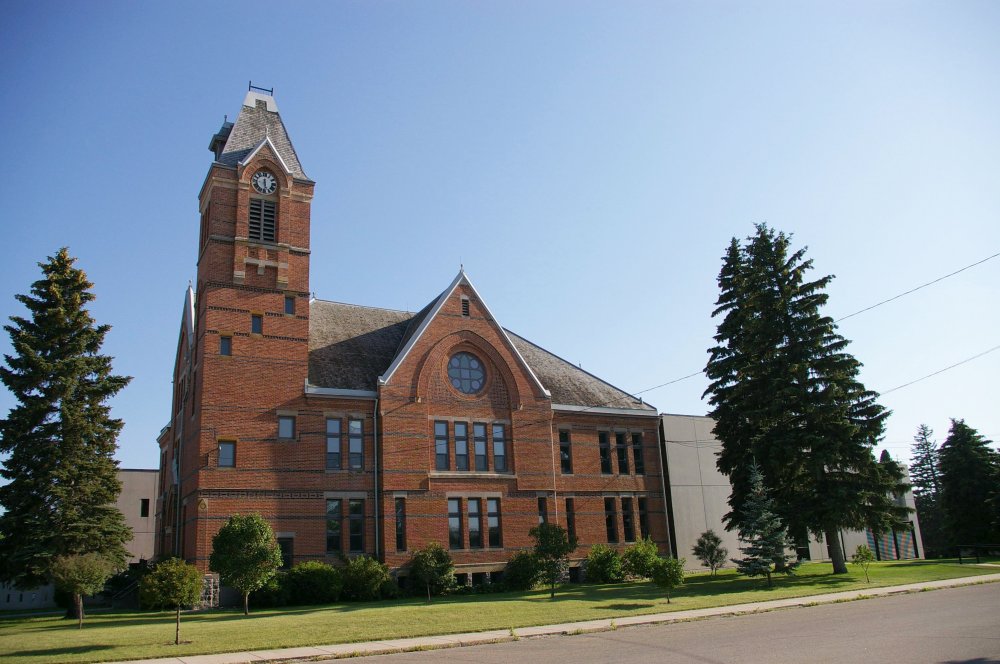 Description: The building faces north and is a two story red colored brick structure. The building is located on landscaped grounds in the center of Jamestown.  At the northeast corner is a high square brick tower with steep roof. The building has an ashlar granite foundation. Along the sides are projecting sections with peaked roof and circular window on the third story. The roof is hipped. The architect was Henry C Koch of Milwaukee and the contractor was Edward D Lathrop of Lathrop and Brackett. In 1926, a west wing was constructed. The architect was Gilbert R Horton of Jamestown.

History:  The county was created in 1873 and Jamestown was selected as the county seat. The county used rented premises until the first courthouse was built in 1882 to 1883. The second and present courthouse was constructed in 1981 to 1982. 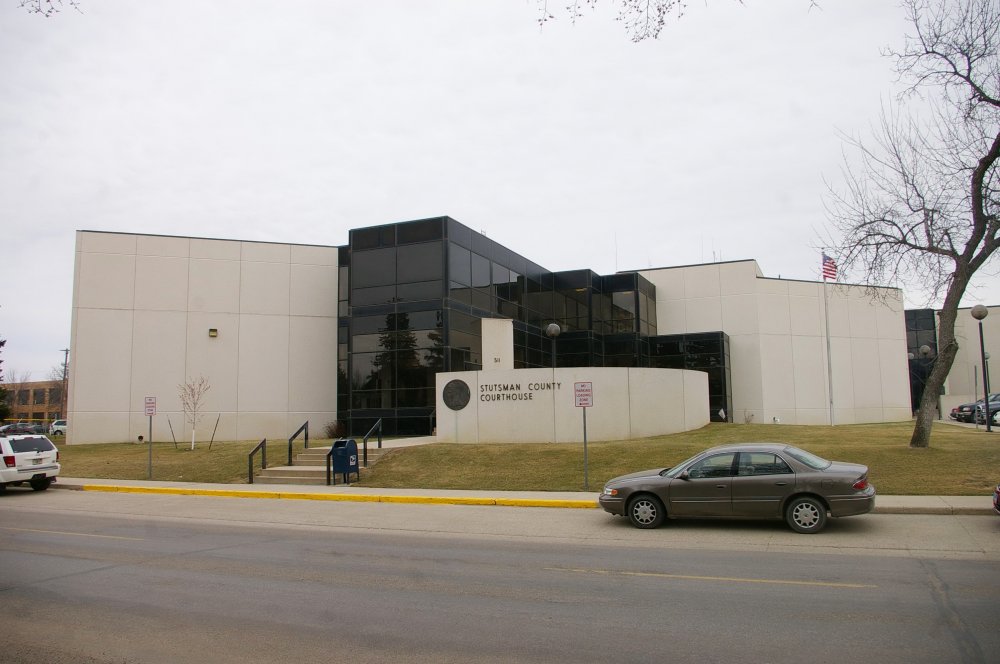 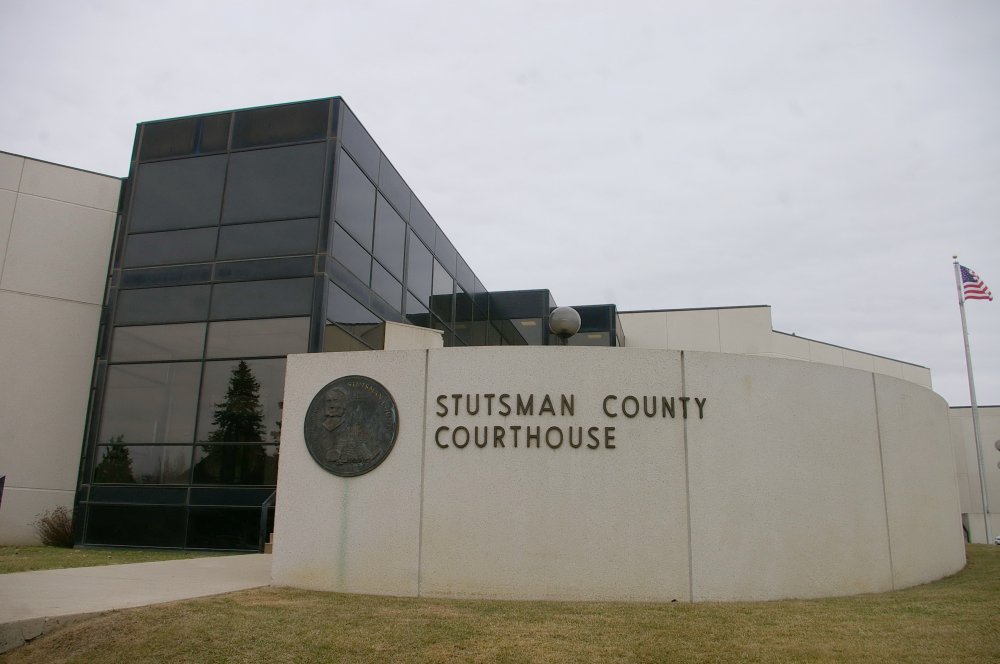 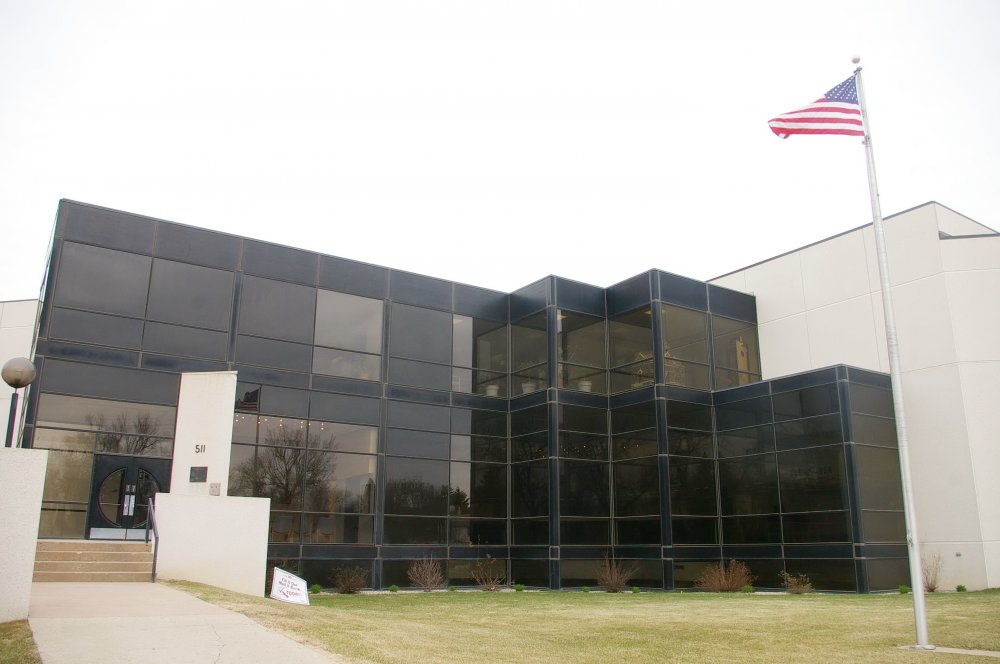 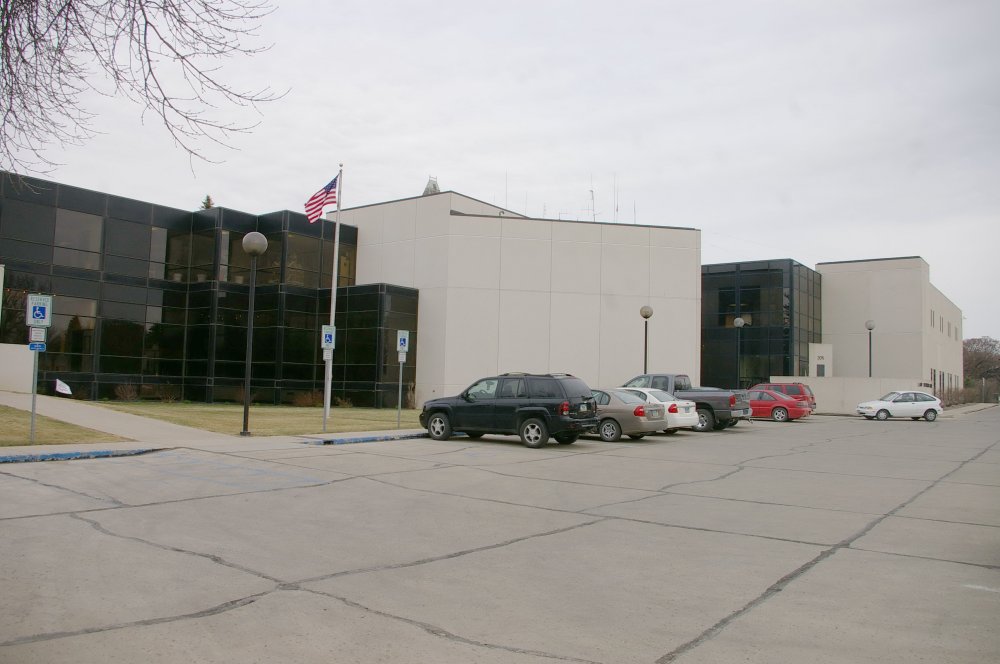 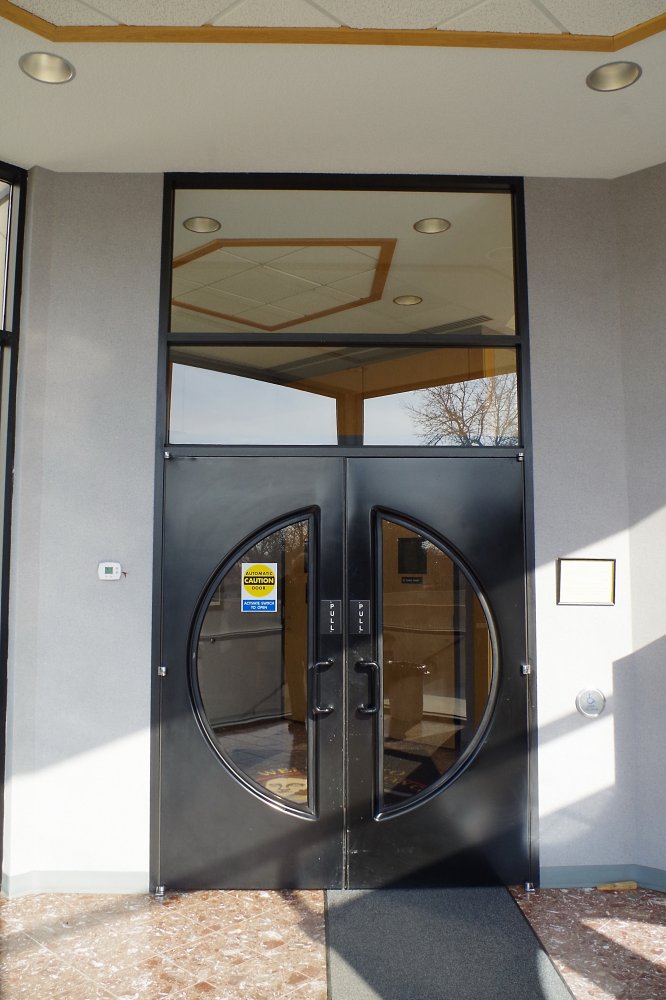 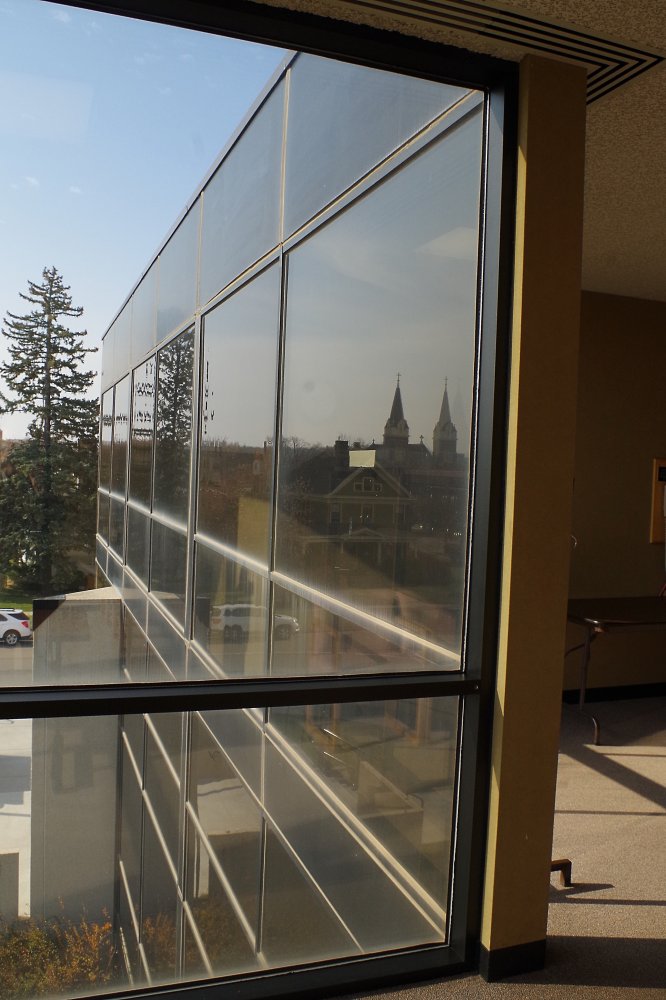 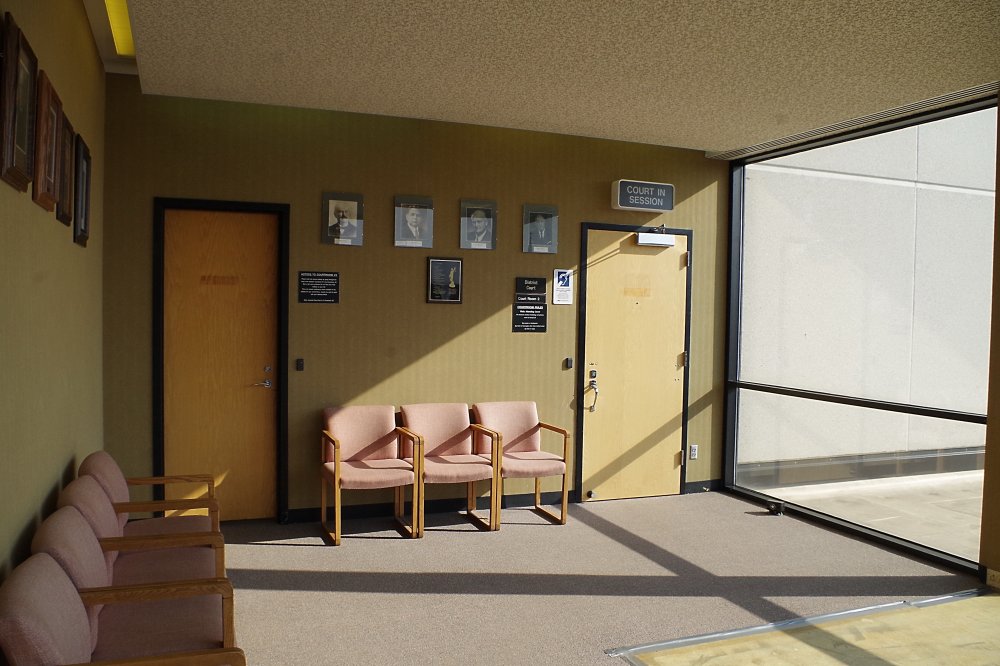 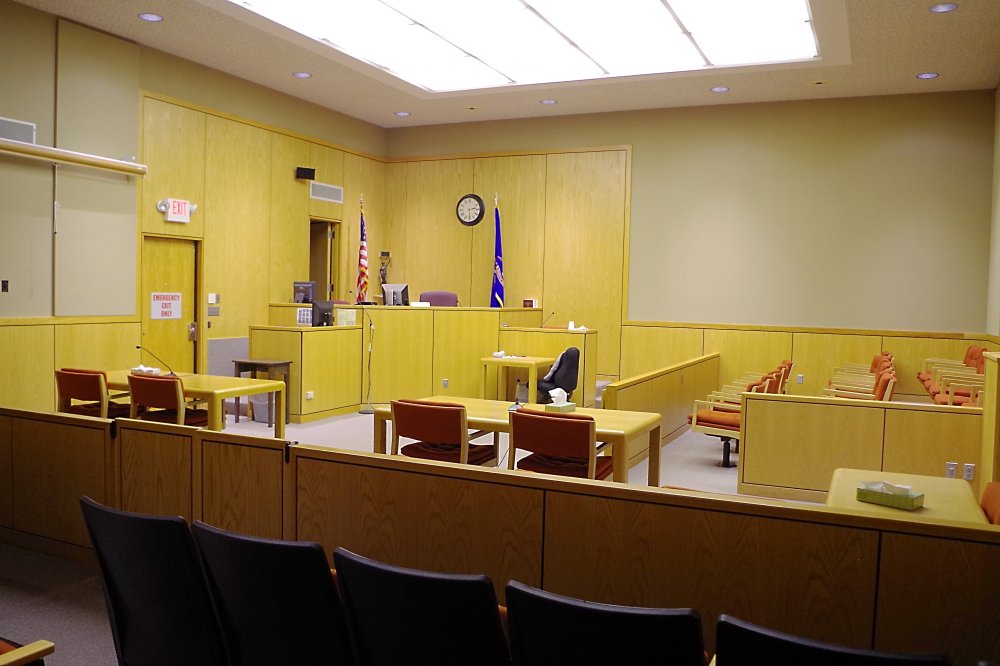 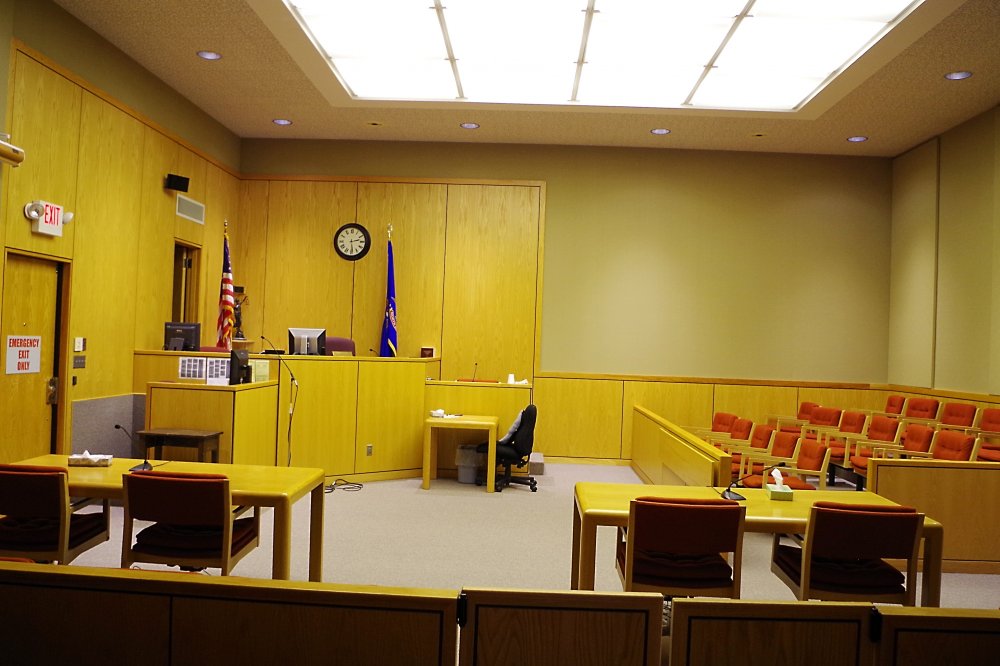 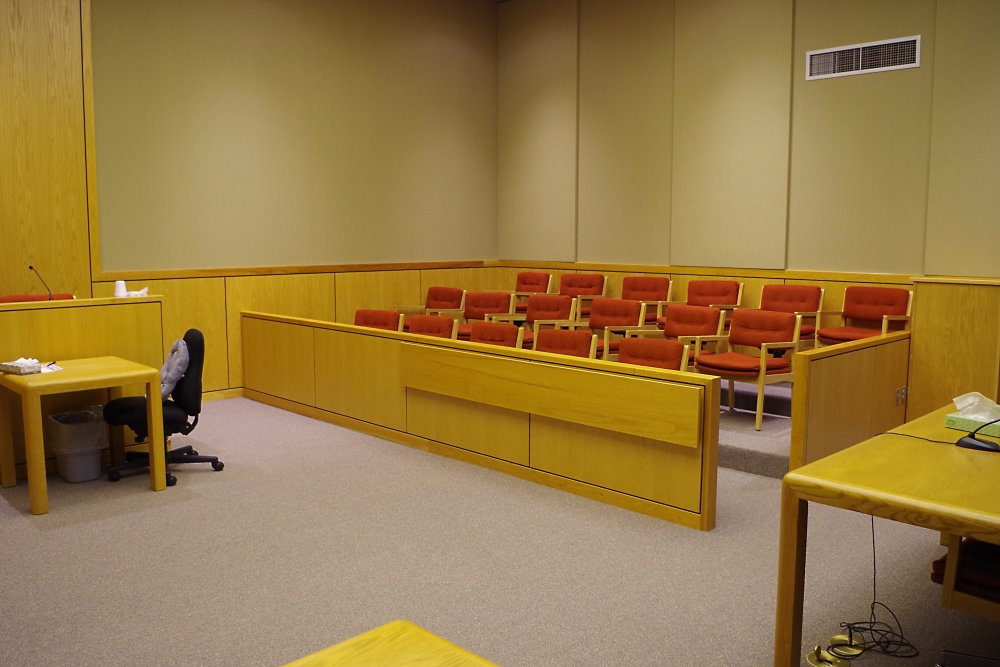 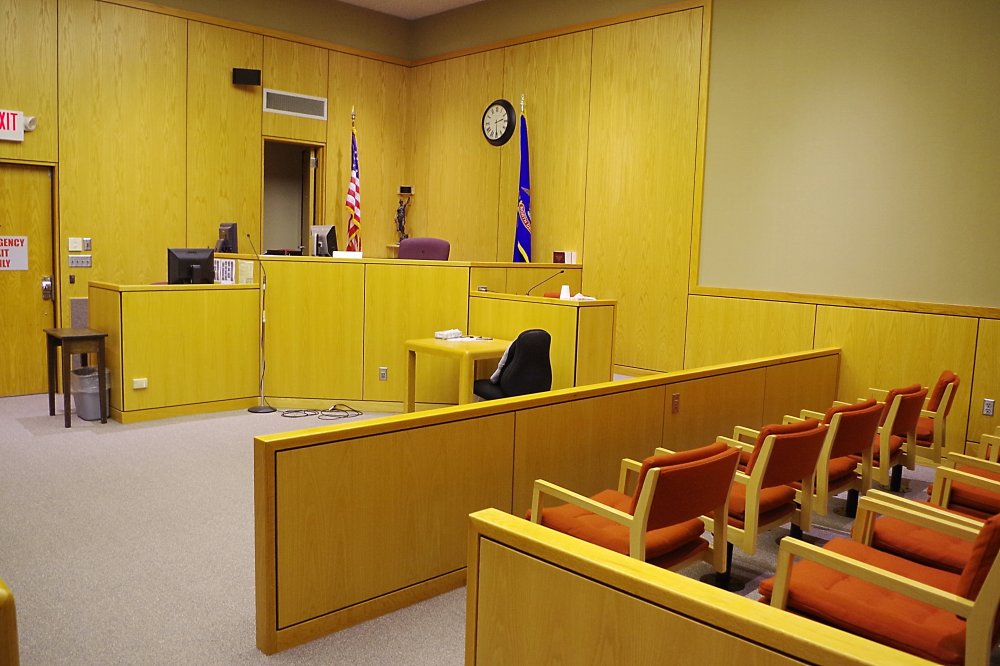 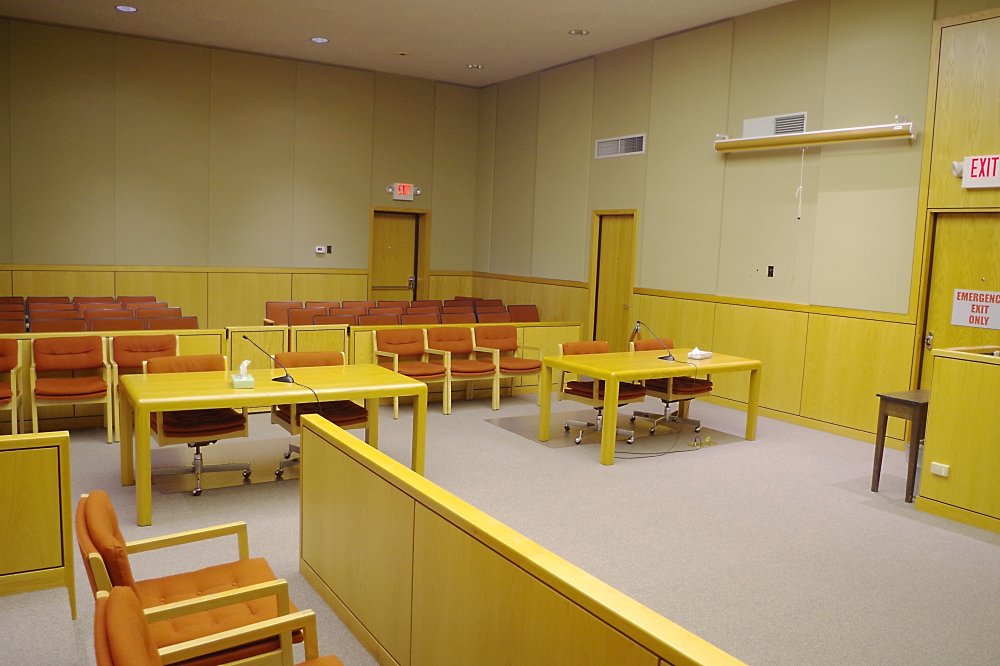 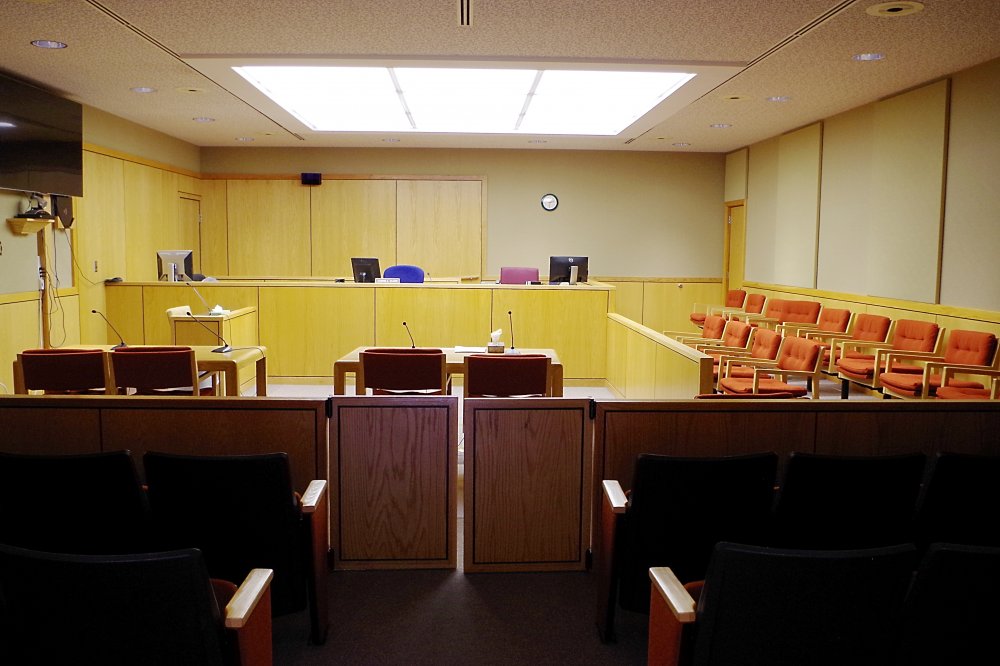