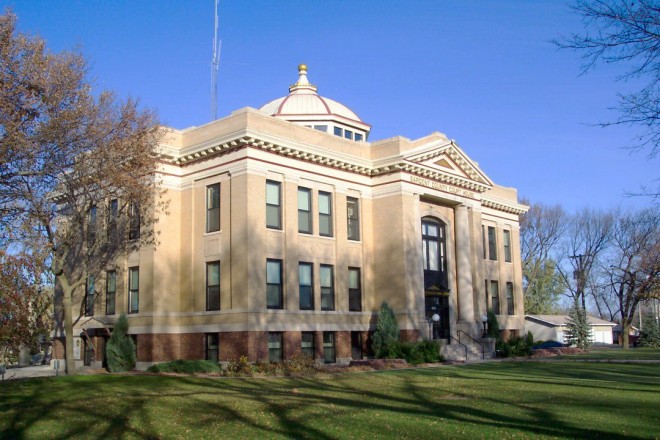 Sargent County is named for H E Sargent, general manager of the Northern Pacific Railroad and who was interested in the development of the agricultural interests of the Red River Valley. 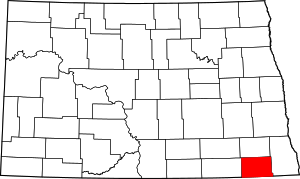 Description:  The building faces east and is a three story buff brick and concrete structure. The building is located on landscaped grounds in the center of Formany. The building has a raised basement and a projecting east portico with two large columns rising to the pediment at the roof line. The base of the building is brown colored brick. Rectangular windows throughout have sandstone sills and second floor windows have sandstone heads. The area between windows of the second and third floors is embellished with rectangular and lozenge-shaped corbeling. The building has octagonal dome in the center and inside the dome are four separate paintings depicting various themes of the county. In 1997 the renowned artist Del Iron was commissioned to recreate the murals. The skylight of geometric stained glass is naturally illuminated. Pink terrazzo and pink marble floors remain on the first floor and the main entry area. The County District Court courtroom is located at the southwest corner of the third story where a county seal mural remains over the judge’s bench. The building houses the County District Court of the Southeast Judicial District. In 1998, an addition was constructed on the west side. The architect was Les Bjore of Battle Lake, Minnesota.

See:  The architect Buechiner & Orth of St. Paul, Minnesota designed many courthouses. The courthouse in Mountrail County was modeled after this courthouse. 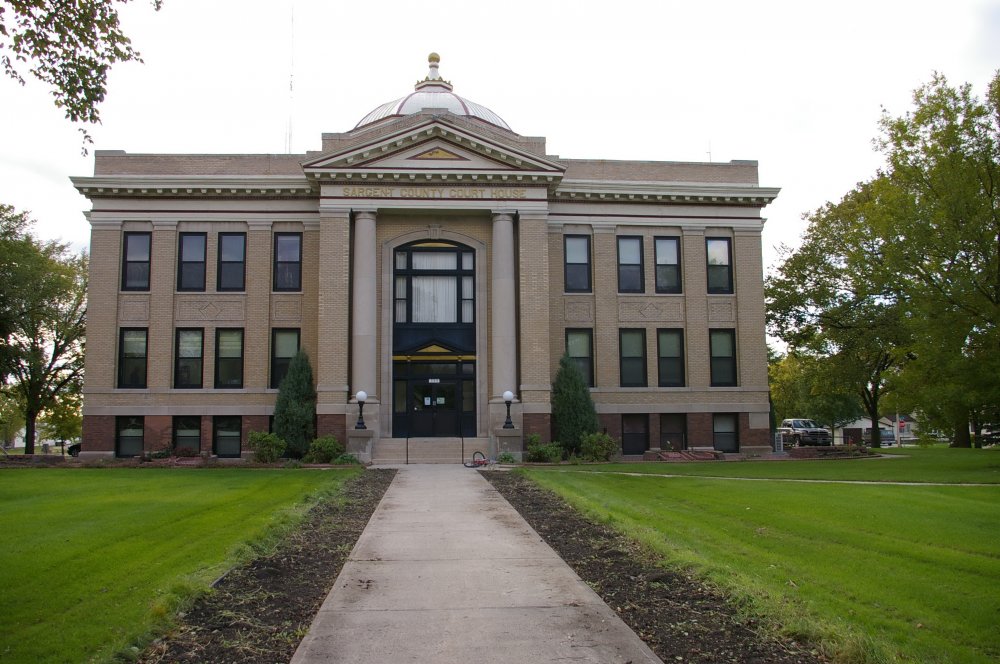 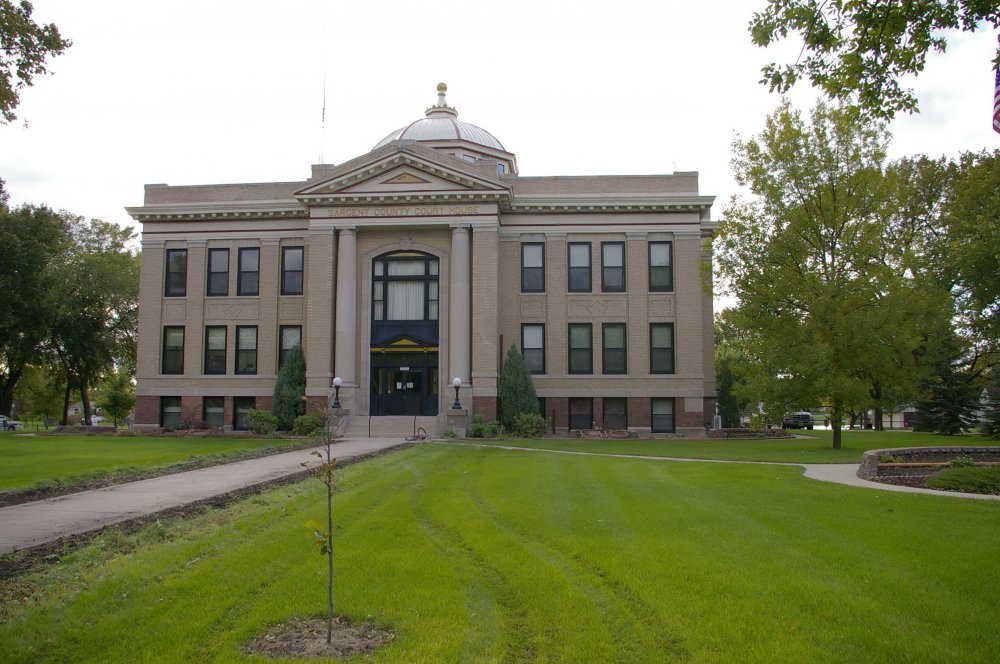 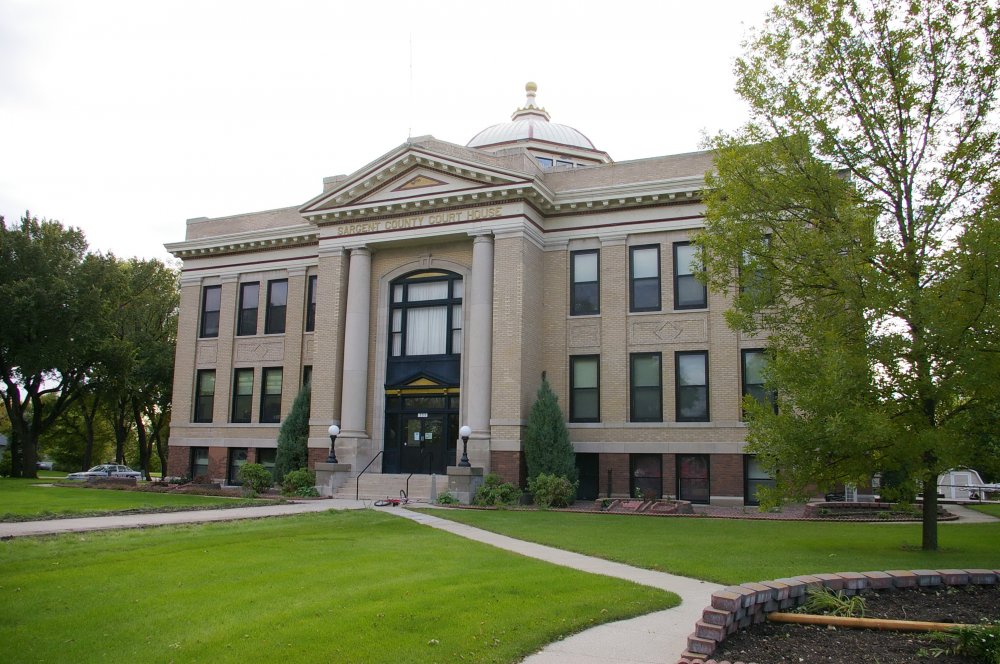 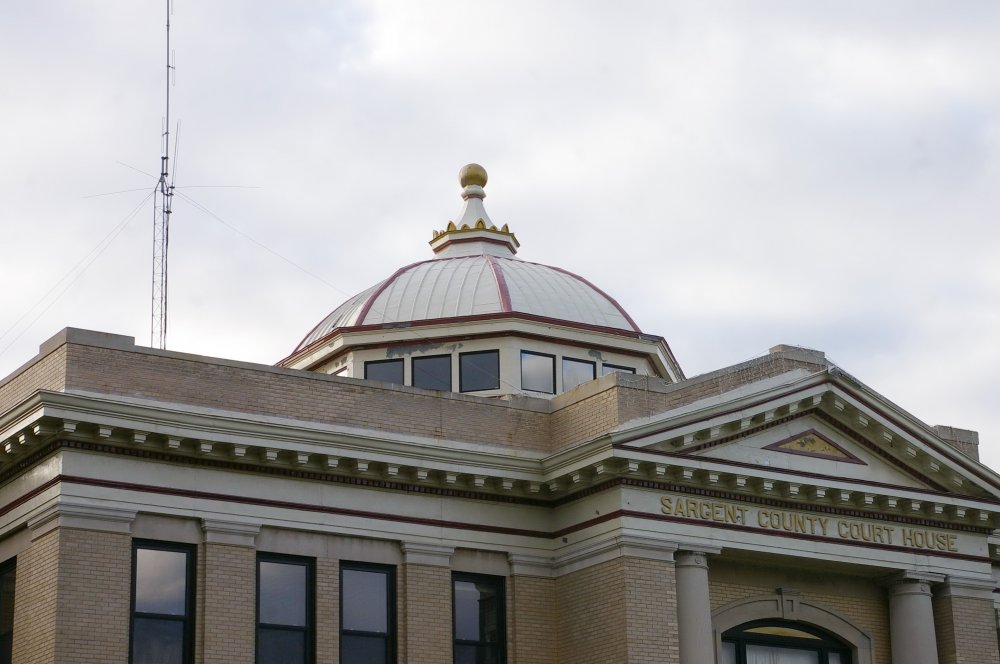 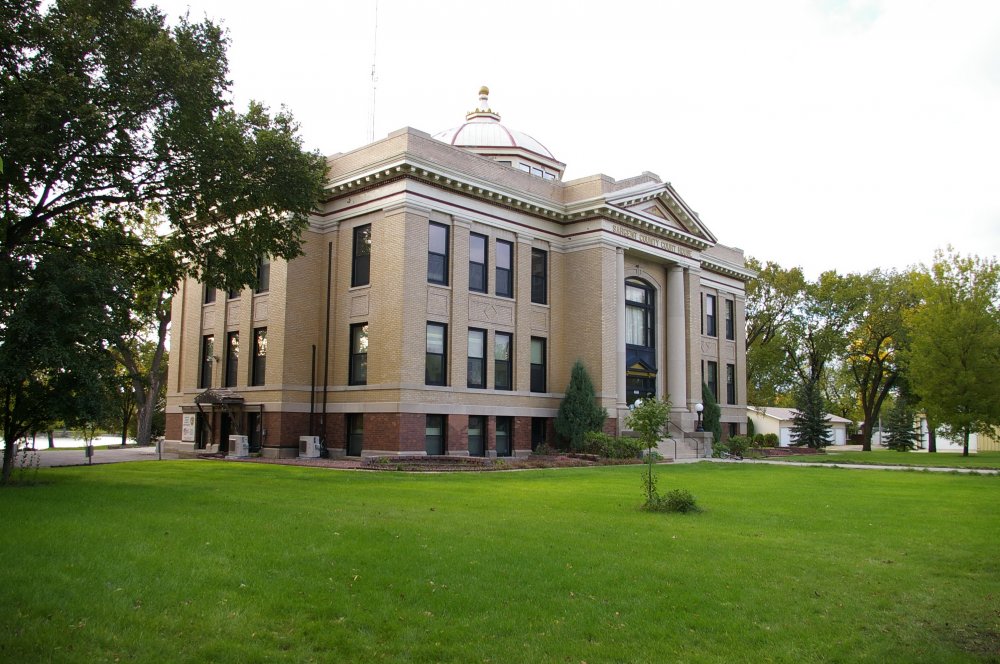 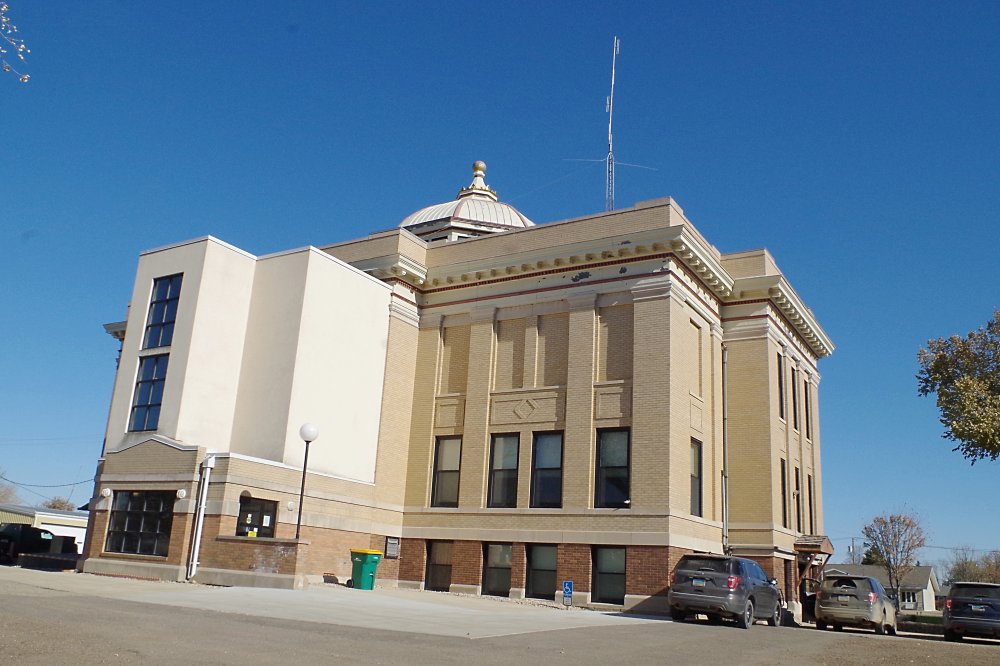 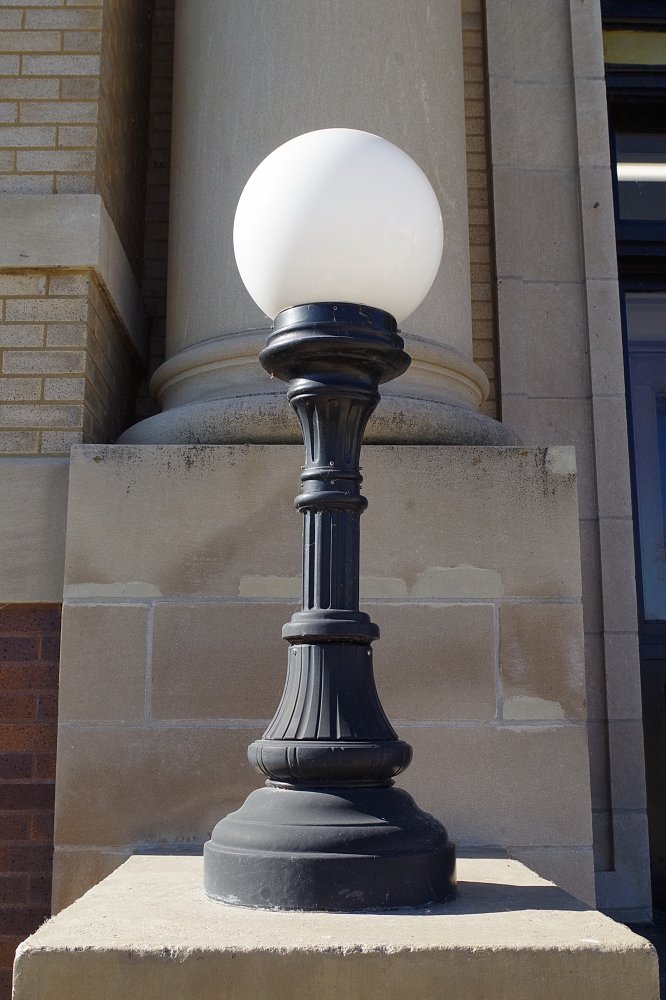 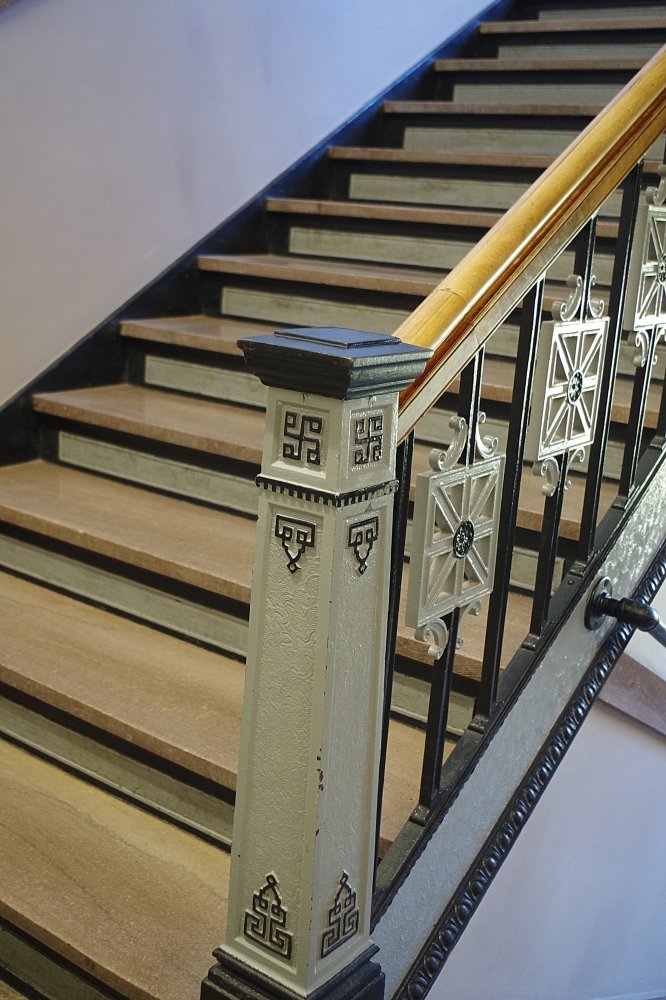 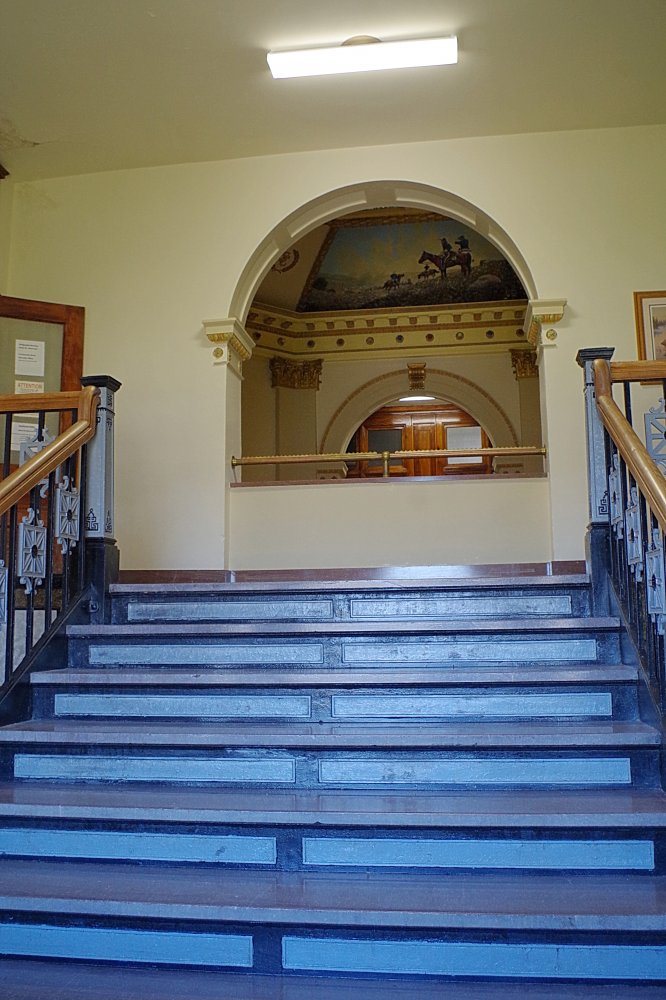 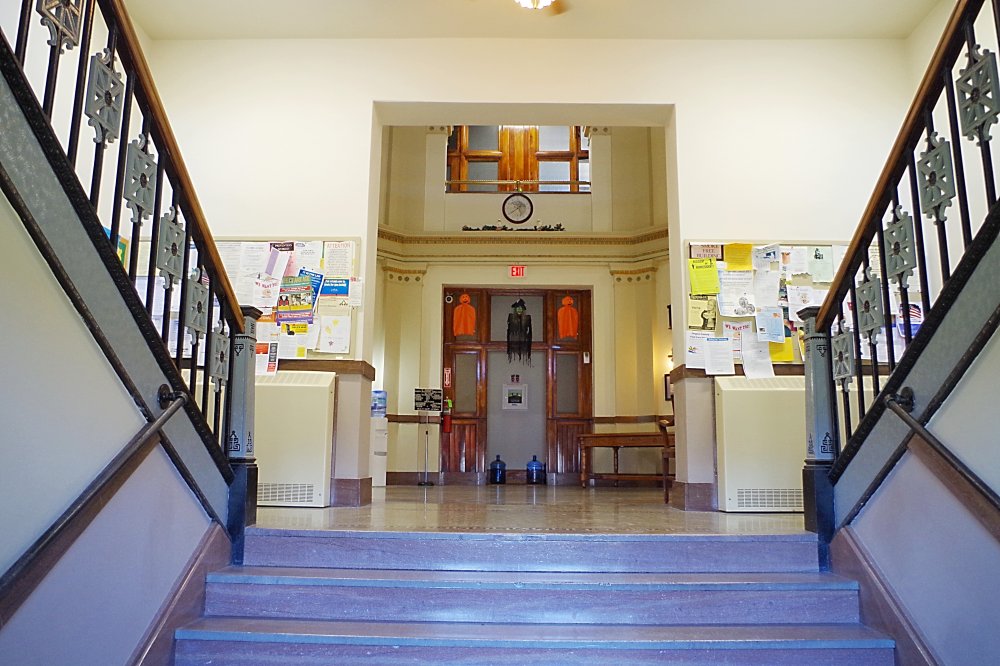 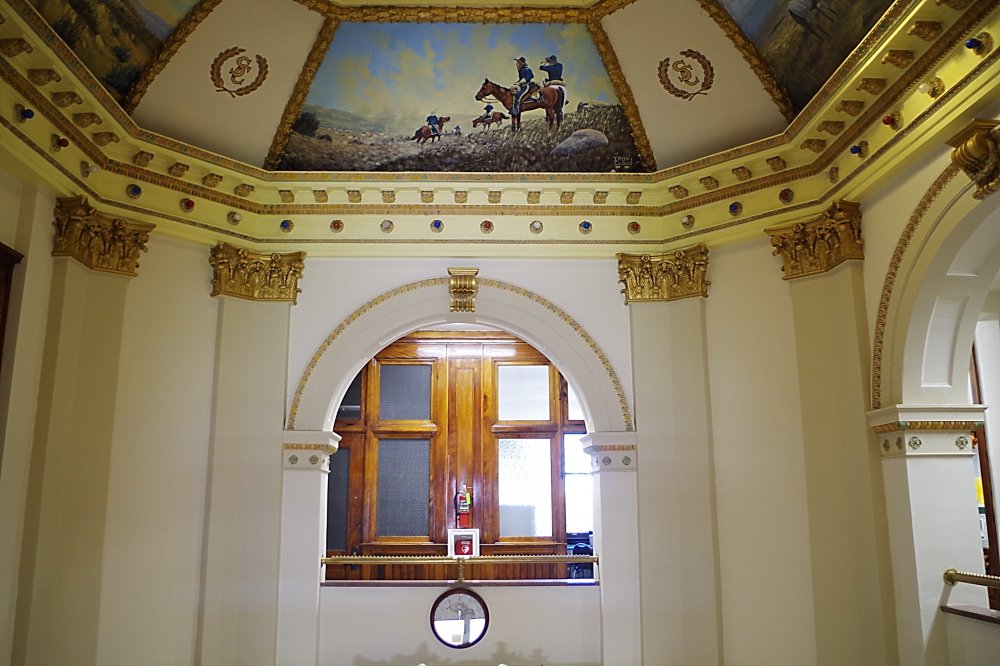 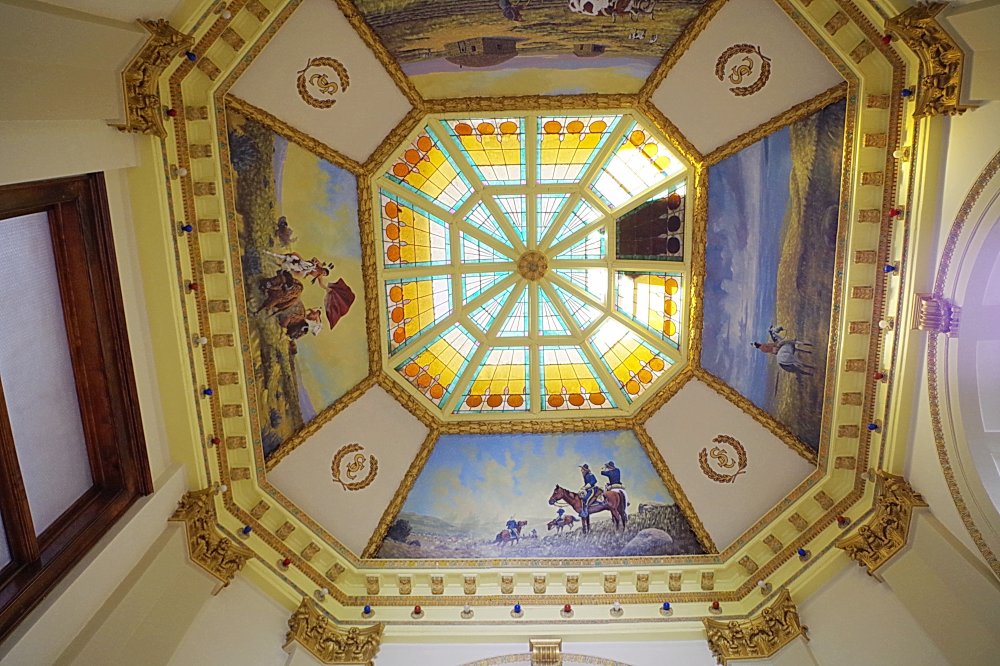