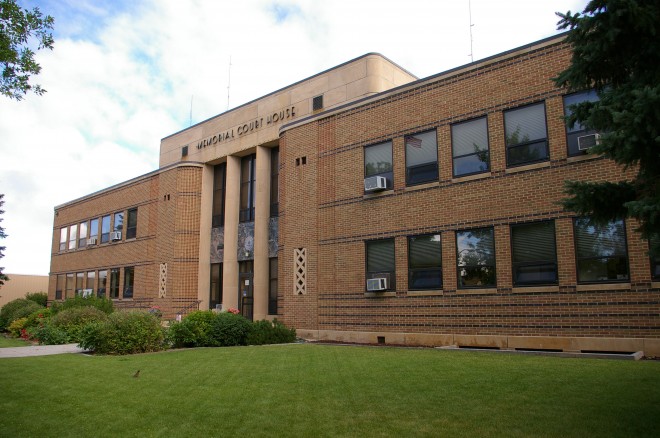 Renville County is named for Joseph Renville, who was a French half breed fur trader from Pembina who traveled along the Mouse River.

Description: The building  faces south and is a two story red colored brick and concrete structure. The building is located on landscaped grounds in the center of Mohall. The south front has a central low stone tower supported by two large columns. Glass windows extend between the columns. Bronze entrance doors are on the south side of the first story. The parapet is sheathed in Kettle River sandstone. Dark brick is laid into spring courses at the lintel and sill level of the windows. The roof line is flat. The interior walls are sheathed in Montana travertine marble and floors are terrazzo. The imposing courtroom is located in the center wing to the south of a corridor on the second story. The building houses the County District Court of the Northeast Judicial District. The building is named as the Memorial Court House. During construction, the engineer was C H Ording. Construction was financed under the Works Projects Administration.

History:  In 1910, the Whitford Building in Mohall was leased as the first courthouse. Bids were let to F Johnson of Tolley and Christian Thoreson of Mohall to furnish the temporary courthouse with furniture including chairs and desks and John F Walstead completely remodeled the building. The second and present courthouse was constructed in 1935 to 1936 at a cost of $117,800. 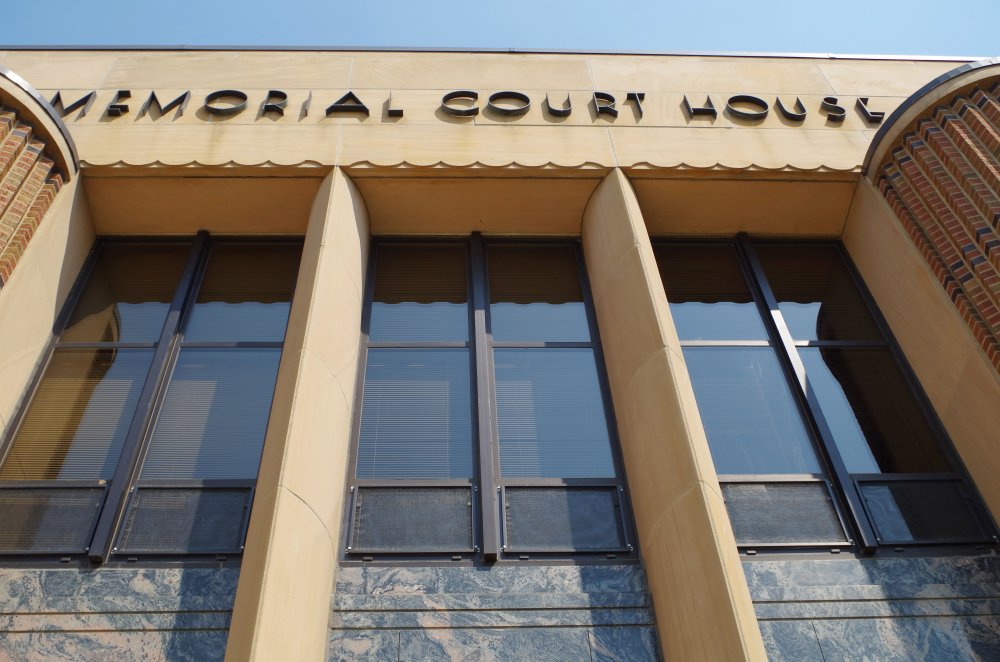 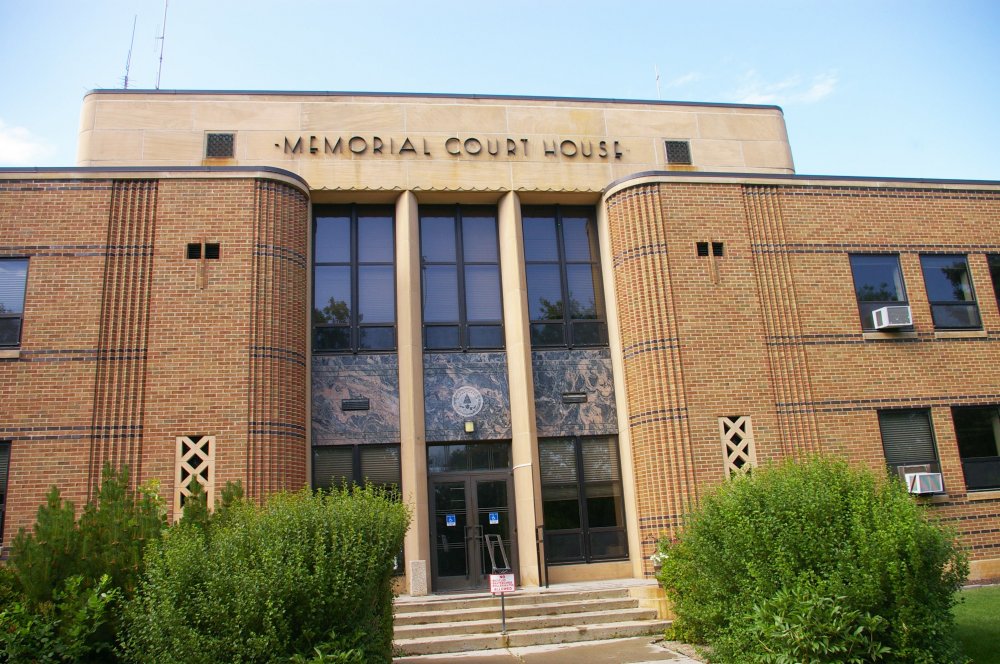 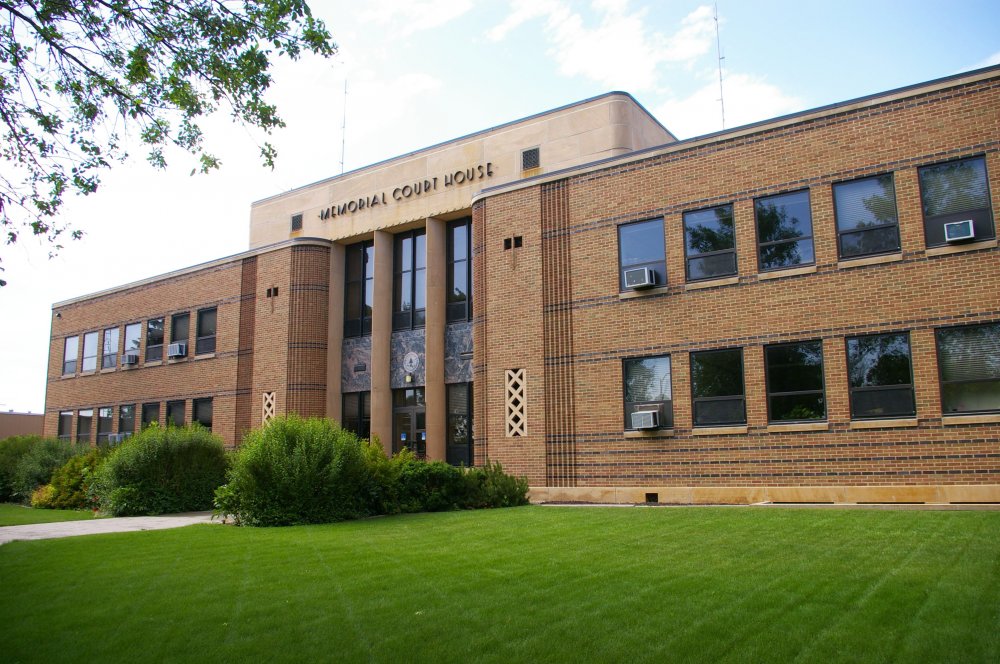 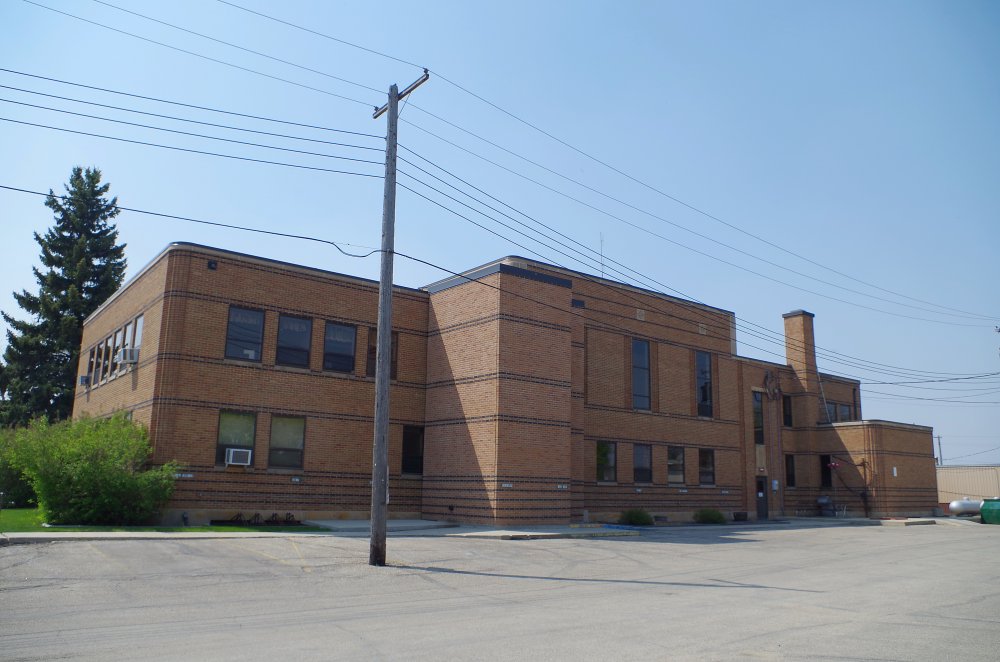