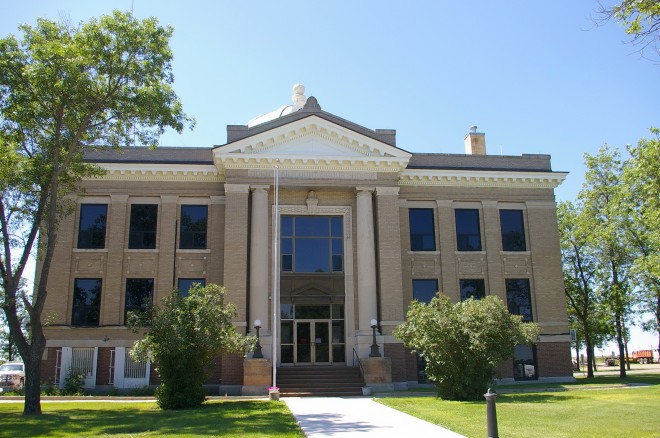 Mountrail County is named for Joseph Mountrail, a  Metis voyageur of some prominence.

Description: The building faces east and is a two story buff colored brick and concrete structure. The building is located on landscaped grounds on the north side of the center of Stanley. There is iron spot gray Hebron brick over iron spot brown Hebron brick. Kettle River stone trim includes base, sills and lintels, and caps of the brick pilasters which define the windows. The east front has a large portico supported by two large stone columns with the entrance recessed. Above the entrance are large glass windows. On the center of the roof is a white colored octagonal brick and wood tower which has three grilled opertures on each face, and is surmounted by a galvanized-iron dome with bull’s-eye windows at the cardinal points and a ball finial. Interior finish includes terrazzo floors, paneled doors with cornice headings, and a divided staircase with marble treads and ornamental iron balustrade. Within the rotunda, four wall standards in the form of brass torches supporting glass globes provide auxiliary light, supplemented by a chandelier suspended from the leaded art glass skylight. The skylight has been covered for protection and heat conservation. The second floor courtroom features coffered ceiling with panels painted in iridescent green and gold with symbols representing Law, Wisdom, Justice and Mercy, and Interpretation of Law. Above a wainscoting of marbelized plaster are tiles attached to walls to improve acoustics. The original furnishings of the courtroom include wooden armchairs, jury box, lawyers railing, and a paneled judge’s station with carved pilasters that continue the classical theme of the building. In 2015 to 2016, a two story concrete and glass addition was constructed with courtrooms on the second story.The building houses the County District Court of the North Central Judicial District. The architect was Klien McCarhy Architects and the contractor was Adolfos & Peterson Construction.

Note:  The courthouse is modeled after the courthouse in Sargent County. The heating and plumbing was contracted to A E Champlin and Thomas Nasen of Fargo for $11,340.

History:  The county was created in 1873 and was attached to Ward County. The county was recreated in 1909 and Stanley was selected as the county seat in 1910. The county rented office premises. The first and present courthouse was constructed in 1914 to 1915 at a cost of $49,660. 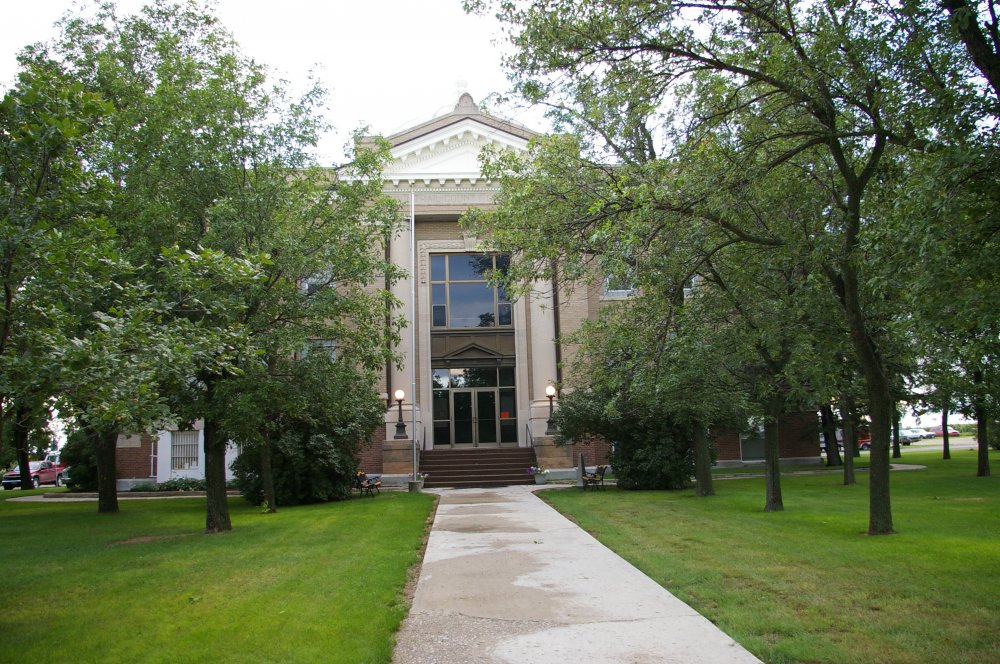 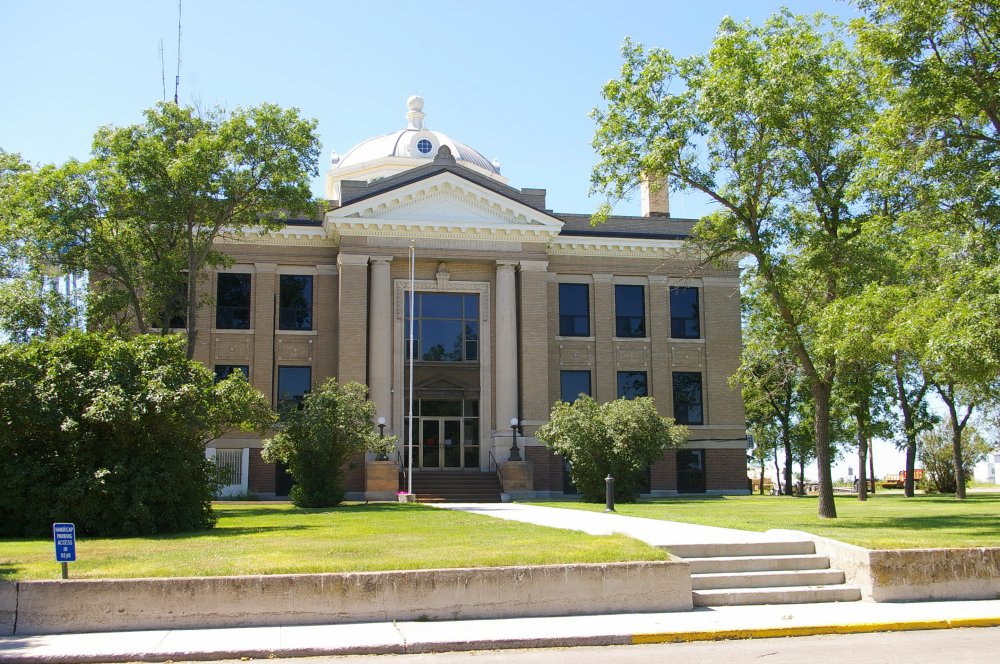 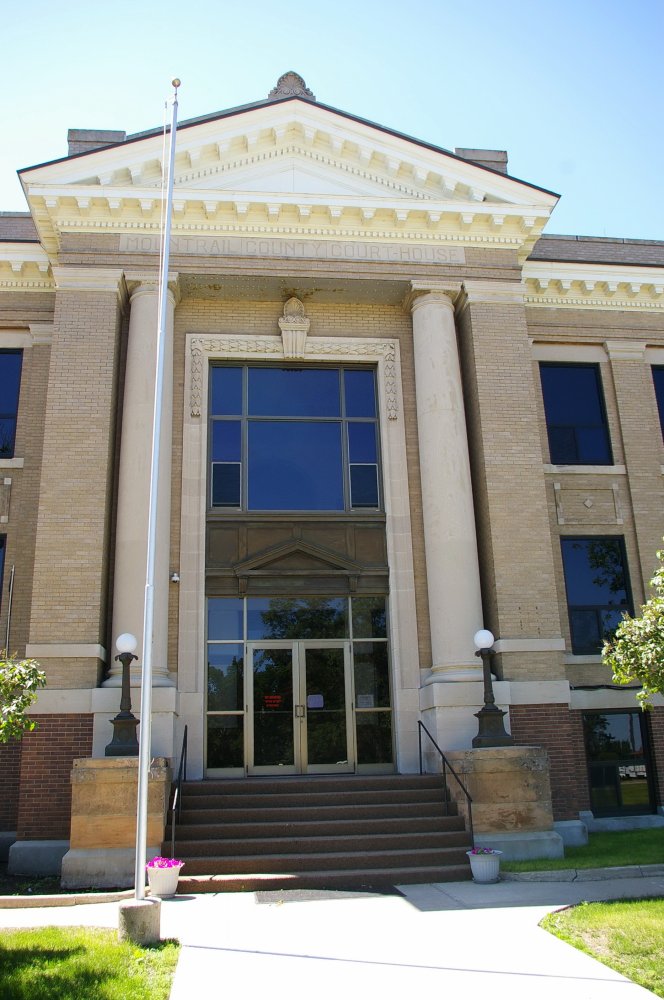 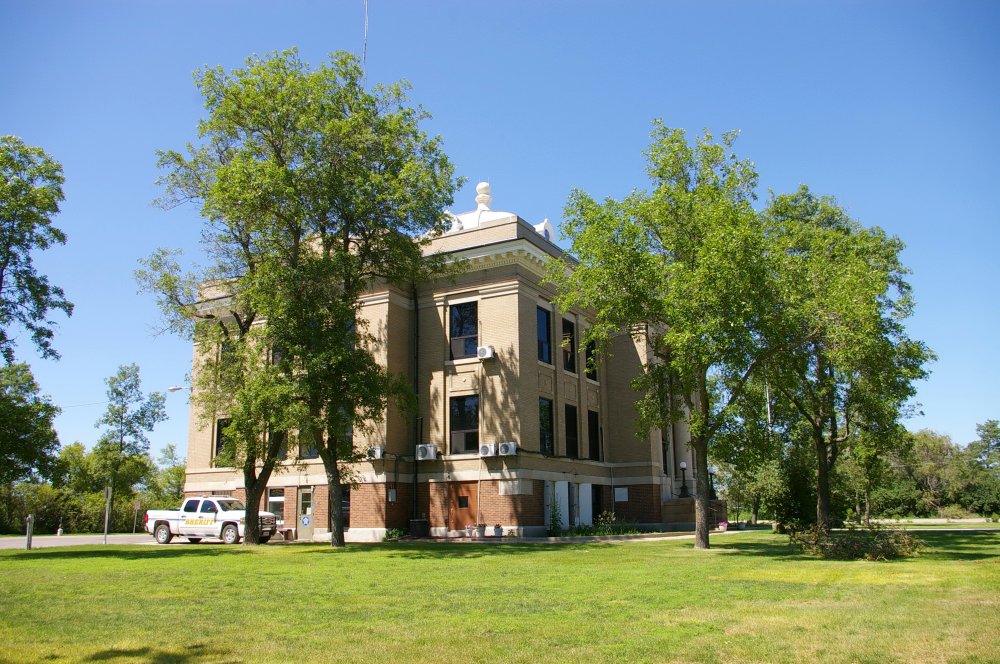 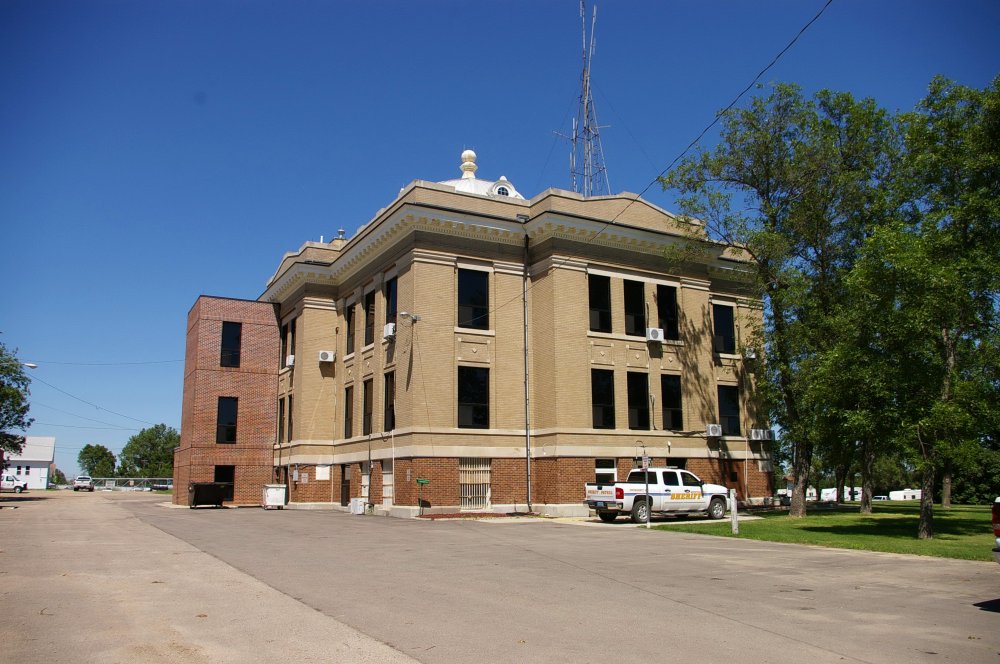 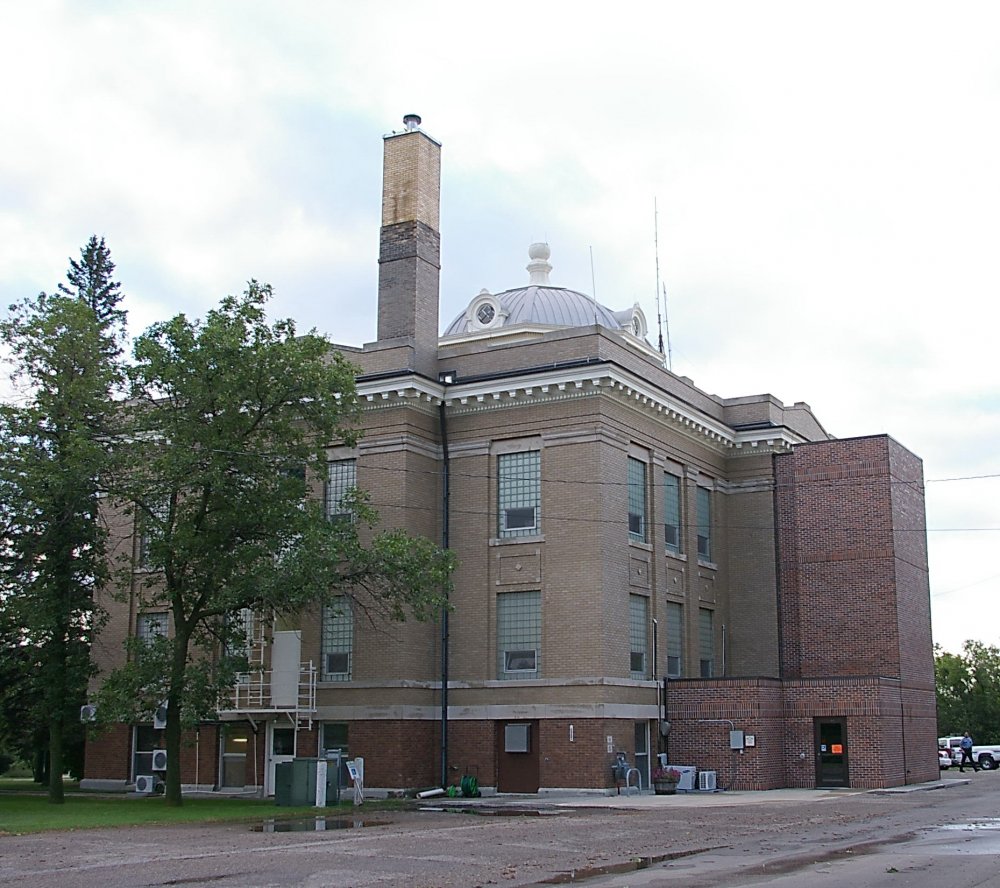 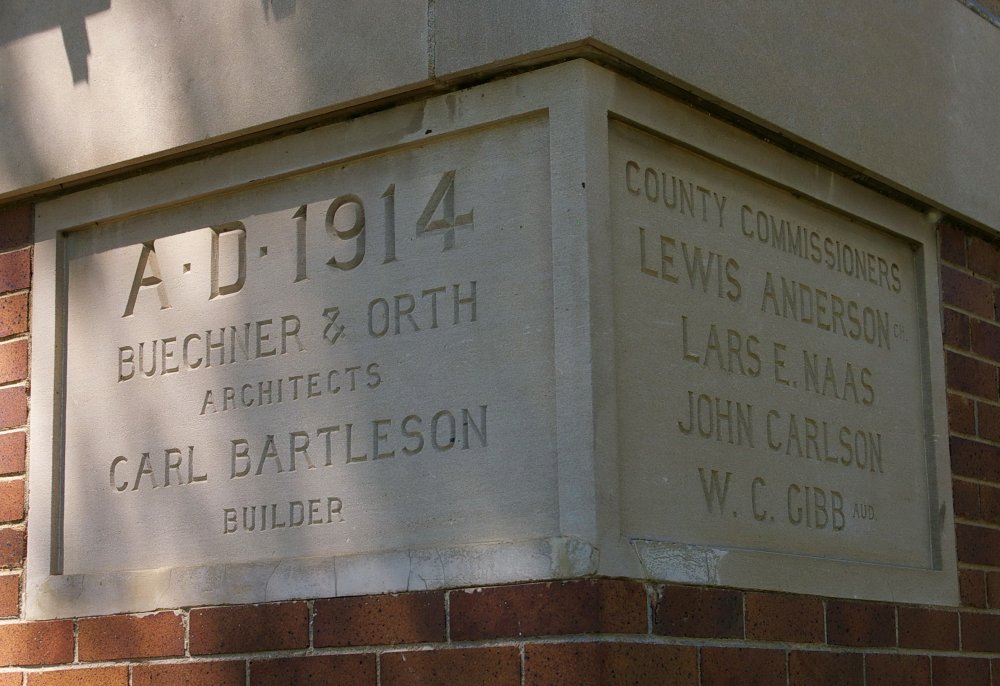